All tourists, arriving in New York, in Manhattan crowd. I - is no exception, no matter where I stop, most of the time I spend there. Where else? Not in the Bronx? And here is the opposite happened, I appeared in Manhattan raids, and the Bronx climbed all, in any case, a decent part of Riverdale. For some reason it is considered important to mention the name, when you tell it to our emigrants. Because he heard the word "Bronx", people in the know are starting to wrinkle his nose, and when specified, what I mean Riverdale, they say that it is another matter.
1 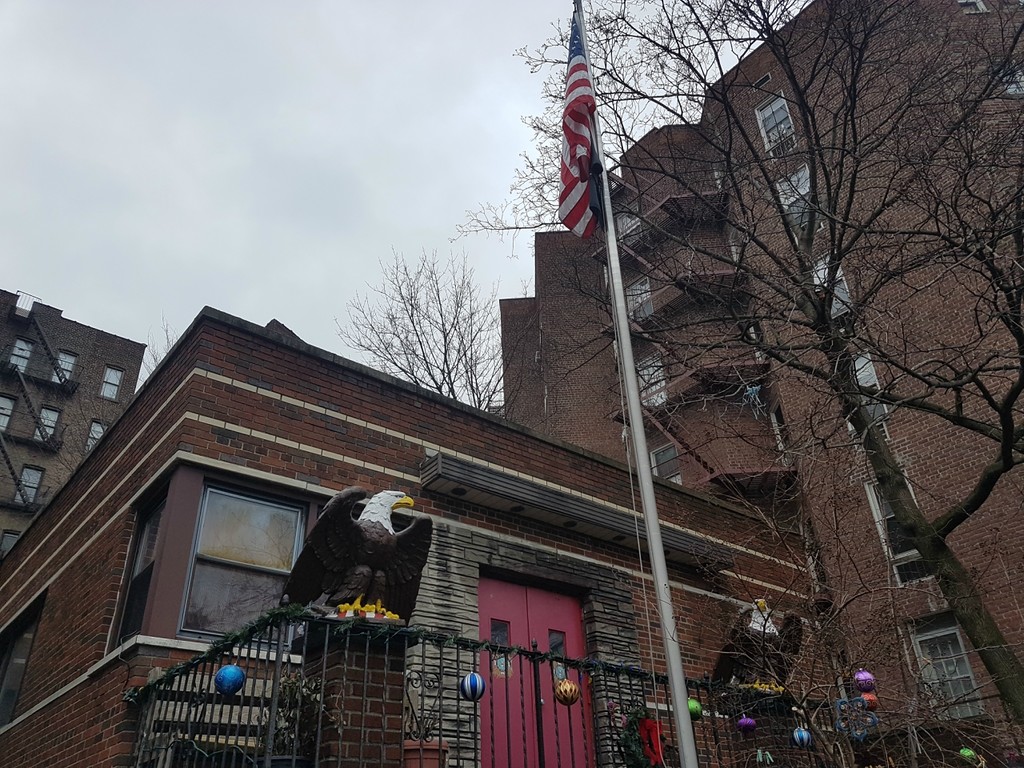 To me, the only difference is that in Riverdale you can walk at night, and on the other side of the Bronx, close to the zoo, even the best of machines not get out. Drove to the zoo, I jumped into the goal - all, consider that you're safe. About security I speak from hearsay, I myself apart from the zoo there was nowhere to walk.
2 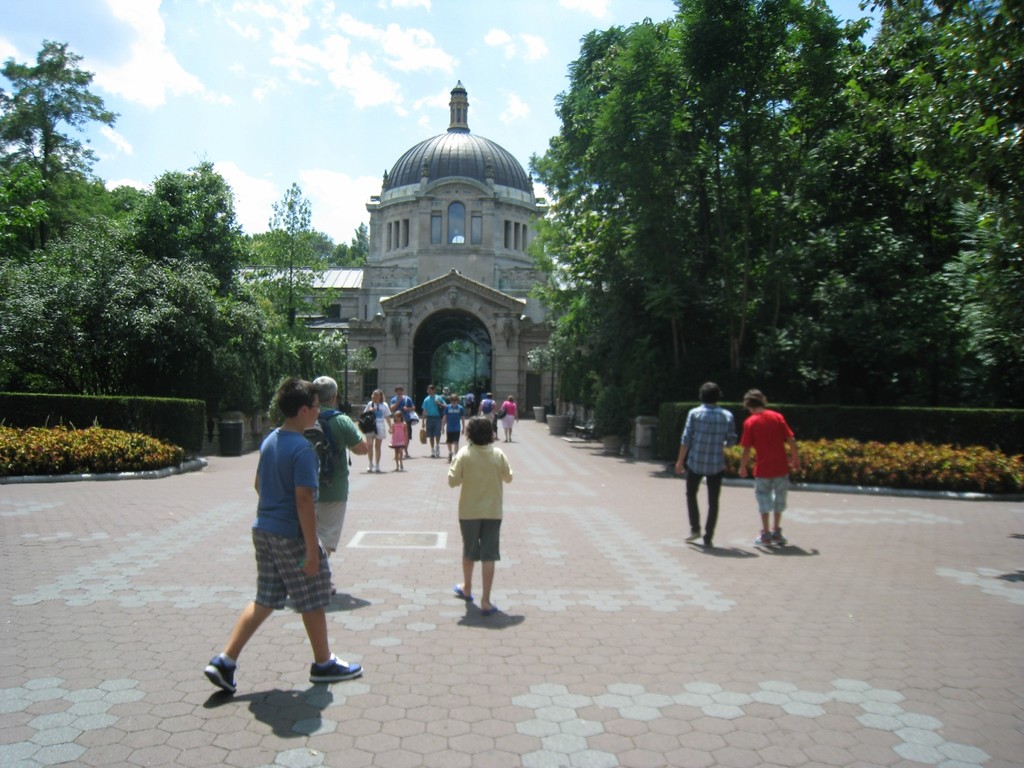 A zoo in the Bronx notable - one of the largest in the world and the largest urban zoo in the United States. He opened in 1849 year, lived in it then all 843 individuals, and now - about four thousand, representing 600 species, collected from around the world! We went there five years ago, nothing like it.
3 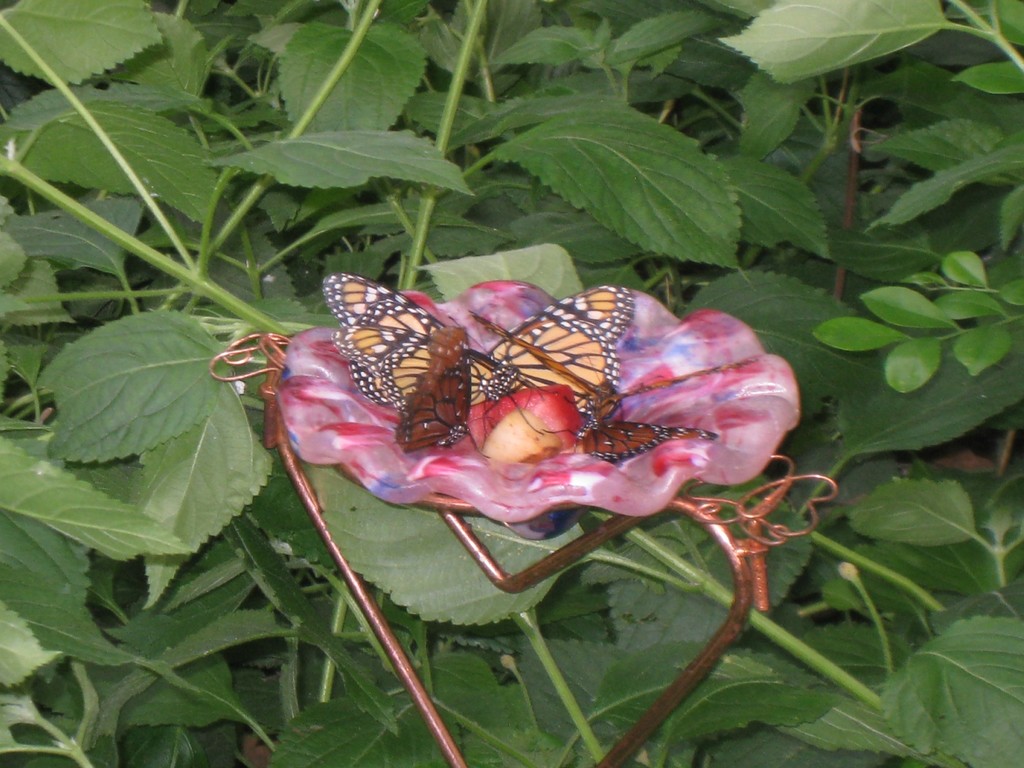 Bronx - huge! It is home to nearly half a million people! In addition, it is - the only area of New York, which is on the mainland, all the other parts of the city are located on the islands. The name comes from the Bronx named after its founder, Jonas Bronk, a Swede by birth, Dutch - by country of origin and the captain by profession. In 1639, the year Bronk founded the first European settlement on this land, which soon became a part of New Holland. It is well known that New York was called the first New Amsterdam and the Dutch owned it. Here too, waved without looking at New York on the Suriname!
4 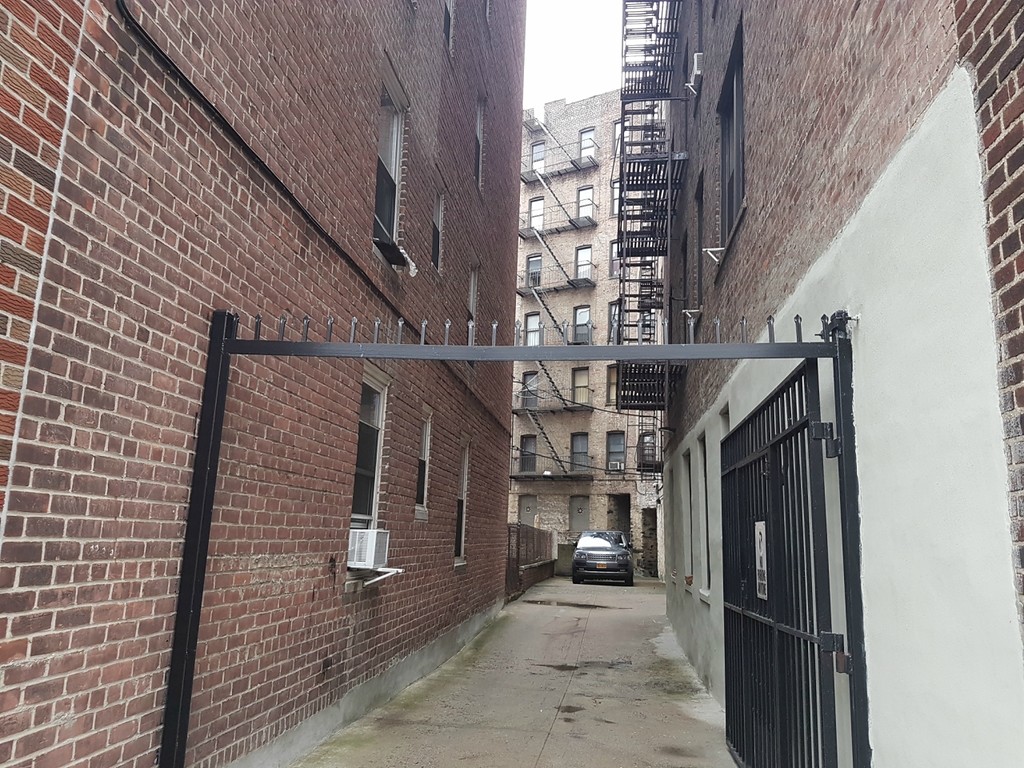 The main flow of immigrants came in the 19-20 century. First it was immigrants from Ireland, Germany and Italy, and later - from Latin American countries: Puerto Rico, Jamaica and the Dominican Republic. At this moment, almost half of the residents of the Bronx says in Spanish. And the rest - in English and Russian. In this house lives a lot of Russian, we saw them when they came in the morning at the market. 5 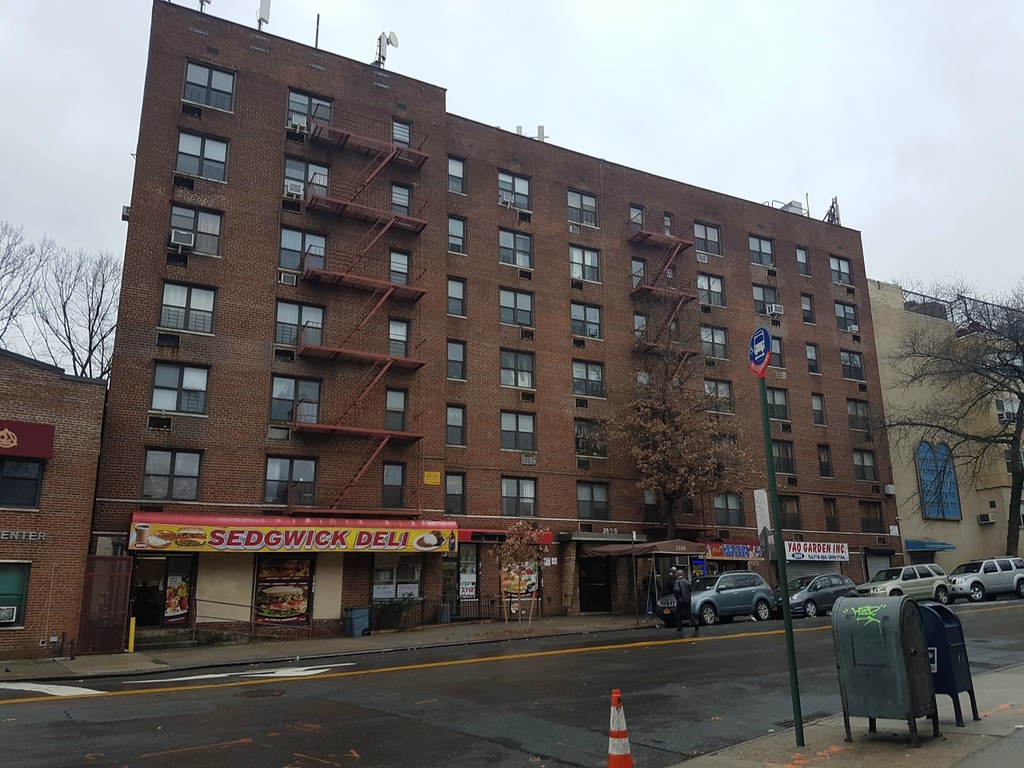 It was quite a small supermarket, where we came solely from the fact that it was located next door. The choice there is small, but there is a minimum set of products. There is still a Moscow bread. About the taste can not say anything, I did not try.
6 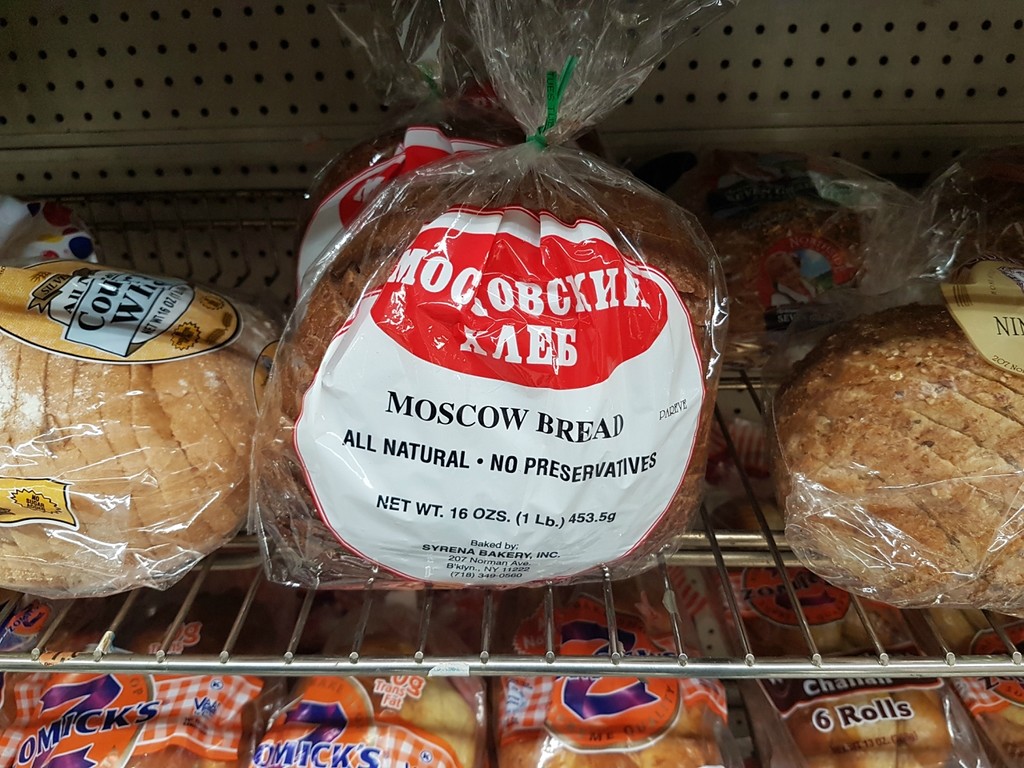 Butter ... As you prices bite? America - not a cheap country, as it is thought in Europe.
7 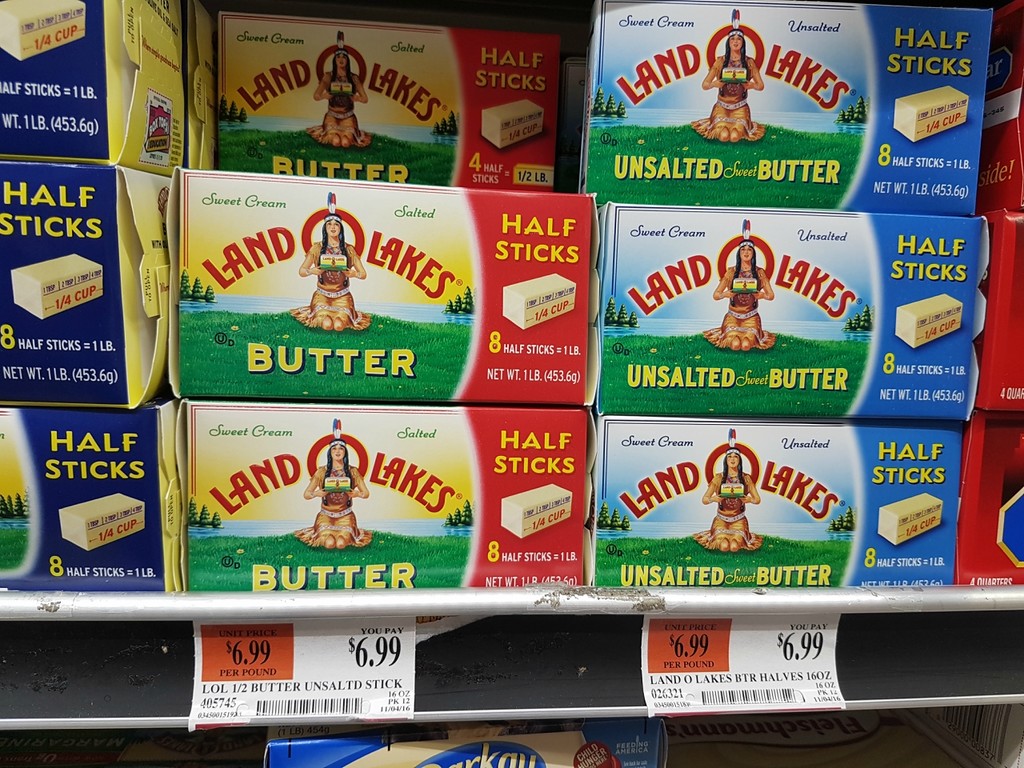 My husband pulled the shelves with beer. And what, I wonder, too. No Guinness - anywhere, Irish Free America - not America.
8 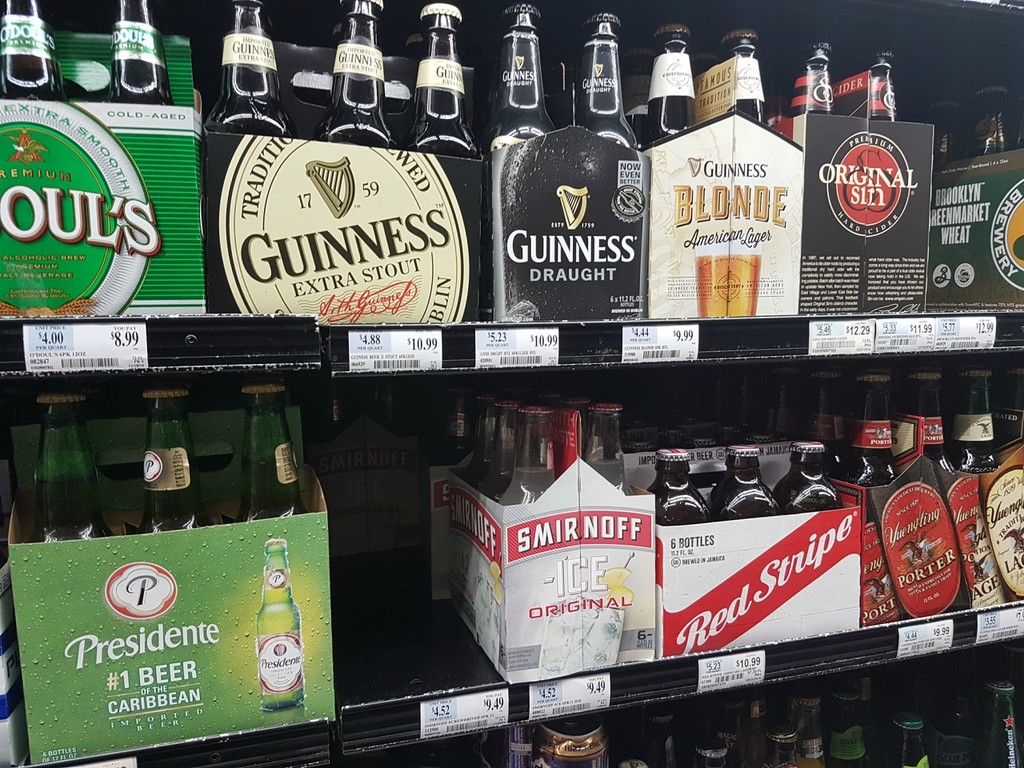 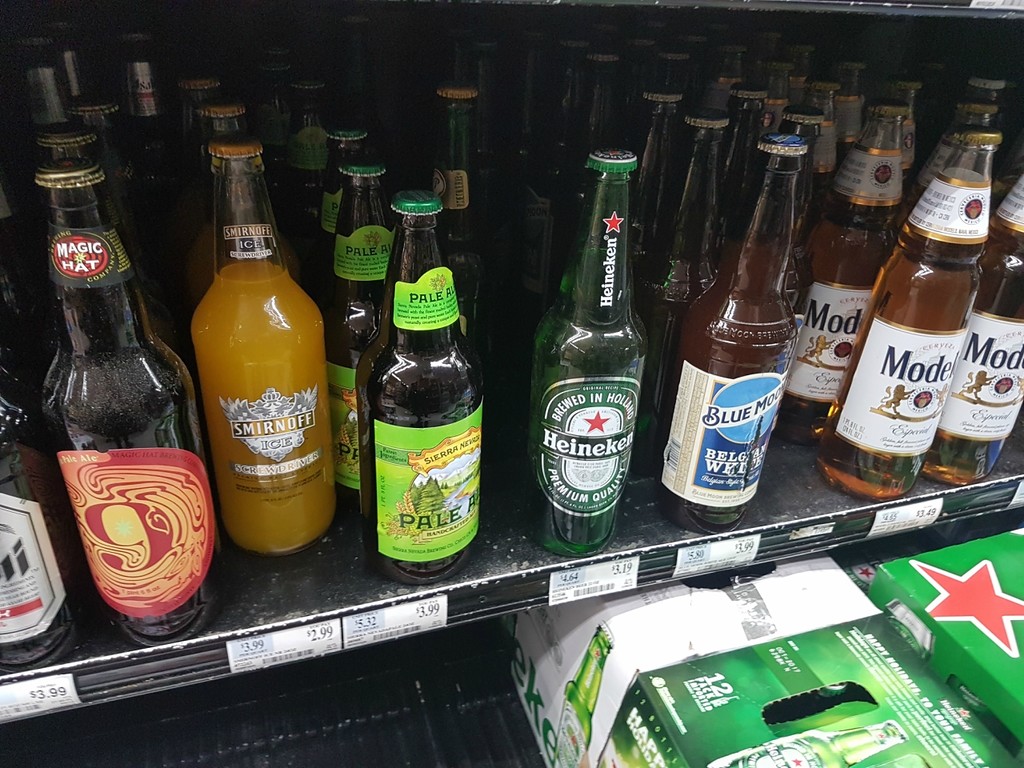 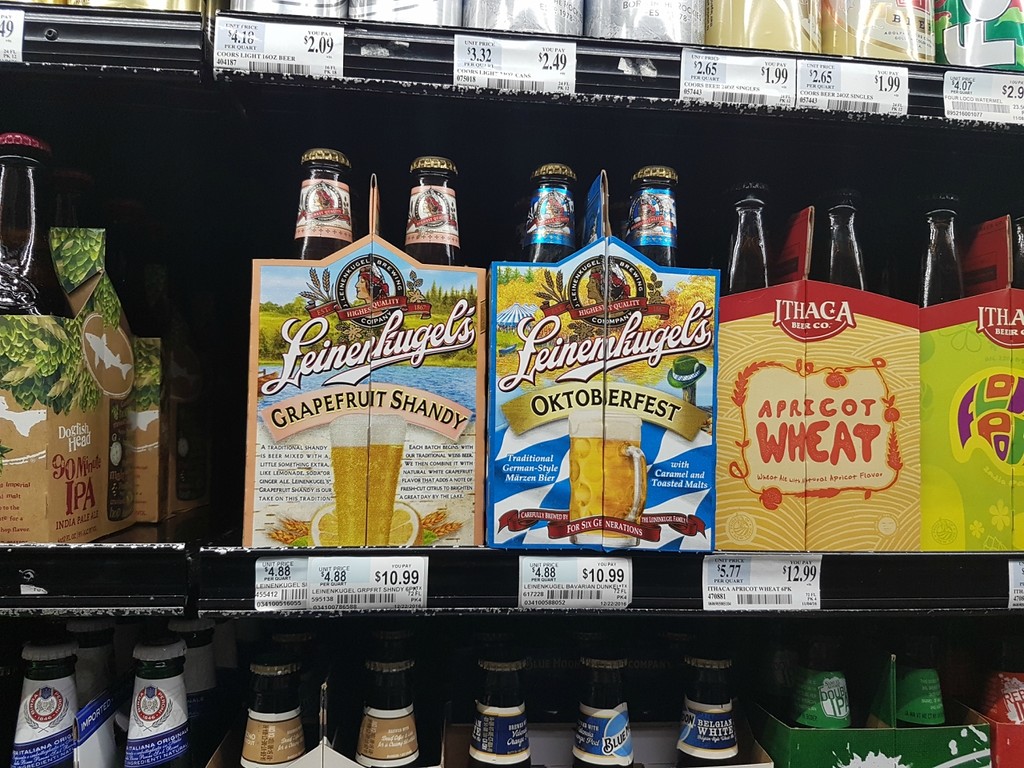 Budweiser. However, I note that almost all of it is made here in America, and the taste is different from the original for the worse. eleven 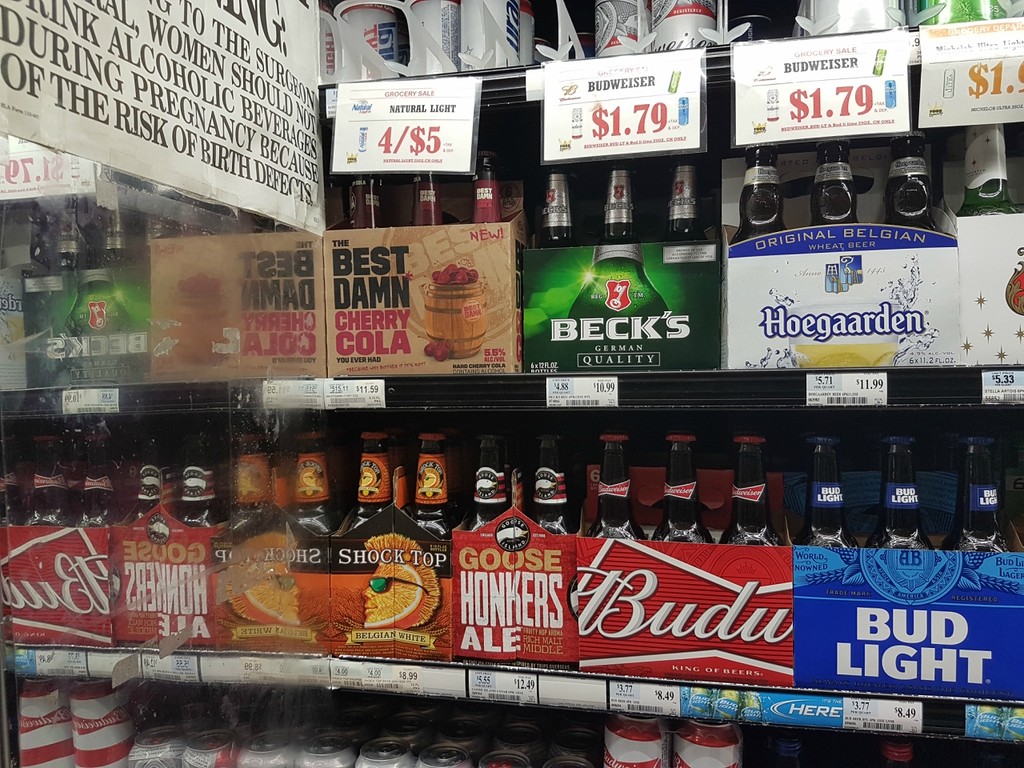 Huge skyscrapers in the Bronx side by side with old houses. They cost under a million, but they still need to invest and invest. I am writing about this because my friend was trying to buy a house in this street, and walked nearly all the old houses is there. I decided that we should not, and bought something newer in another district. 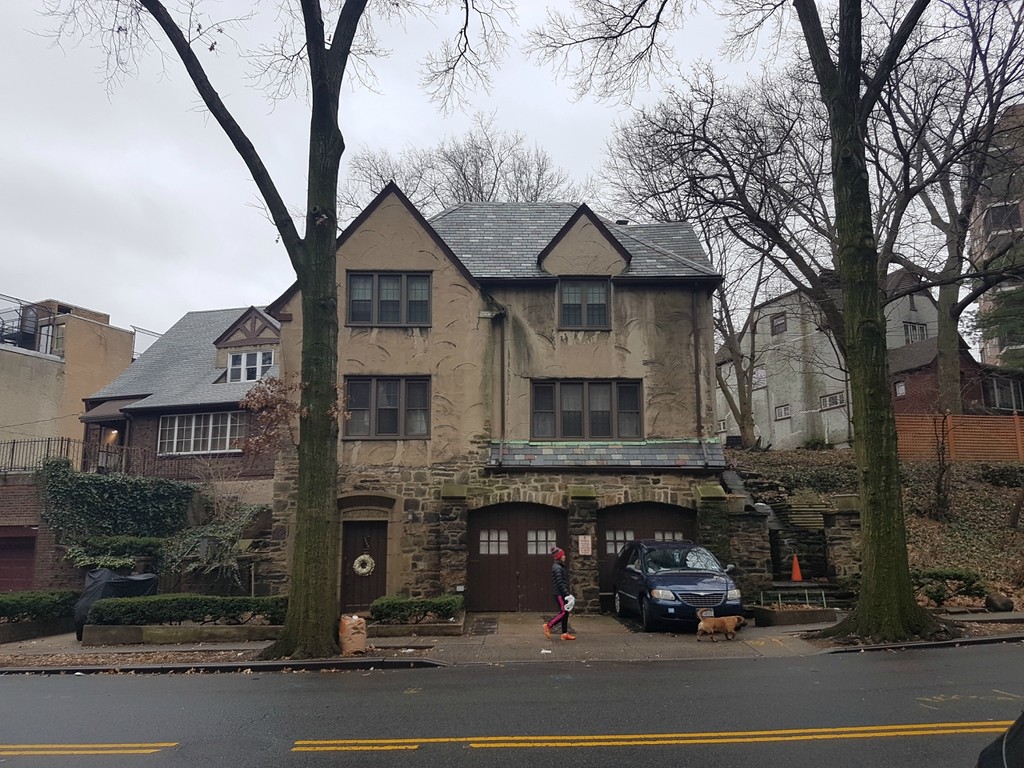 In Riverdale bolnichek lots and homes for the elderly. Do not those which pass the elderly, but just houses where the bottom is constantly on duty honey. staff, and each apartment has an urgent medical call button.
13 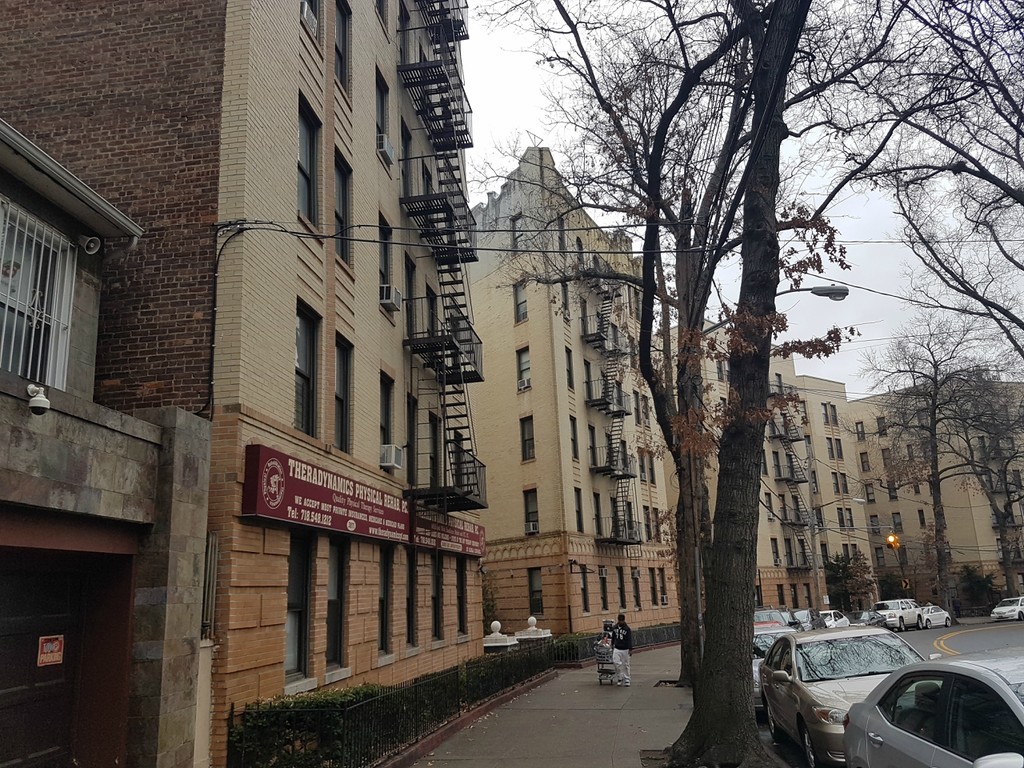 Mailboxes are ancient, and this, in my opinion, not a box for letters and for parcels.
14 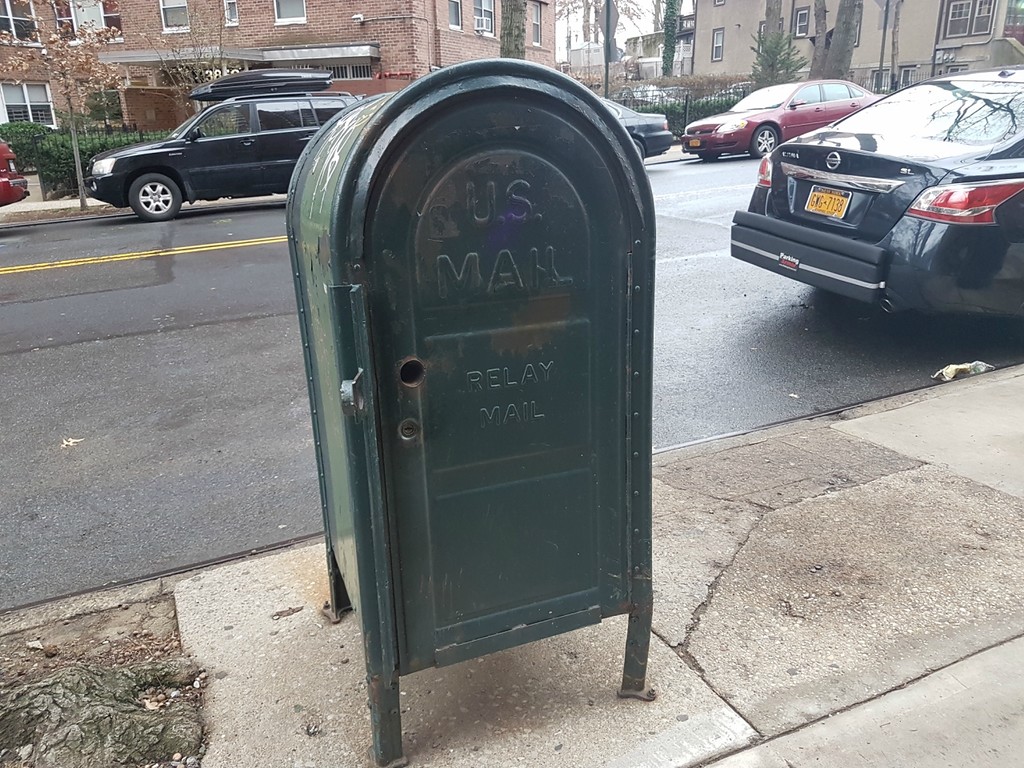 A pillar of fire alarm, how it works, I do not know, but certainly by age caught up with the mailbox age.
15 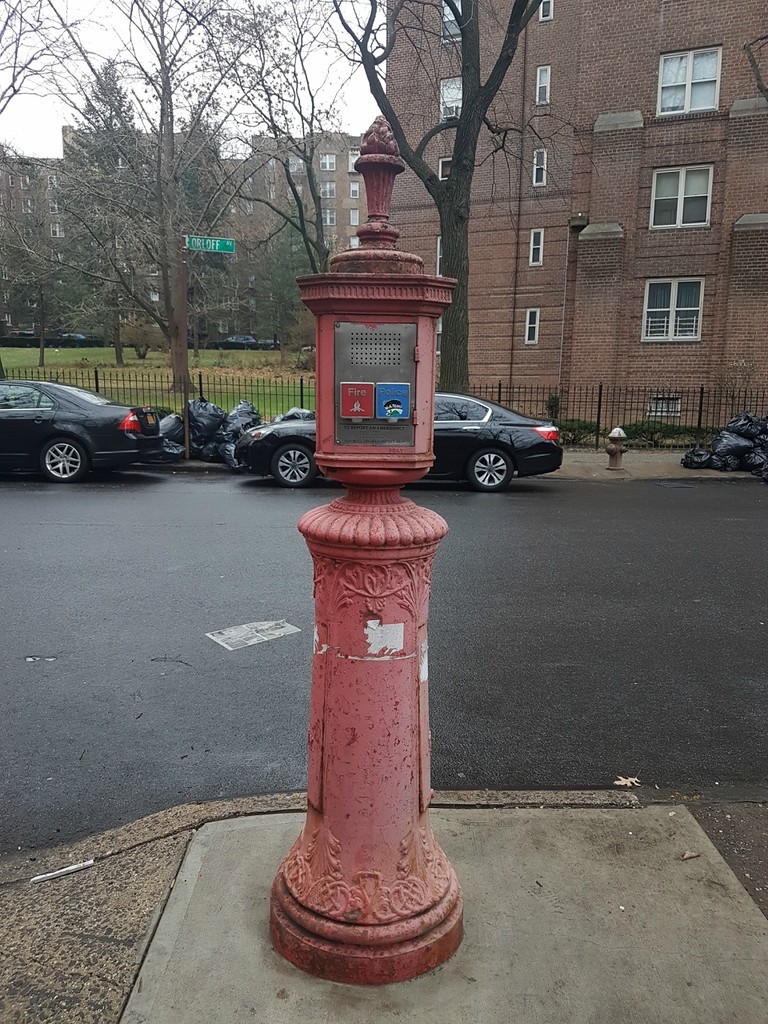 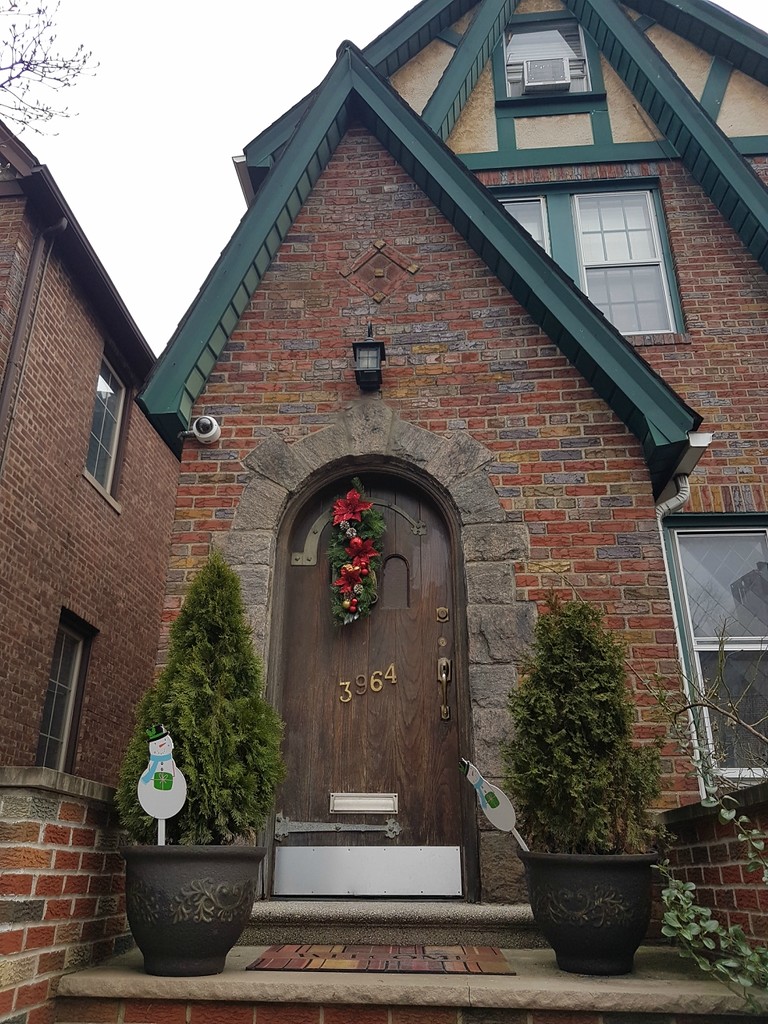 It seems that before there was a post office, and now people just live. Door color tells me that probably there was once inhabited by Irish.
17 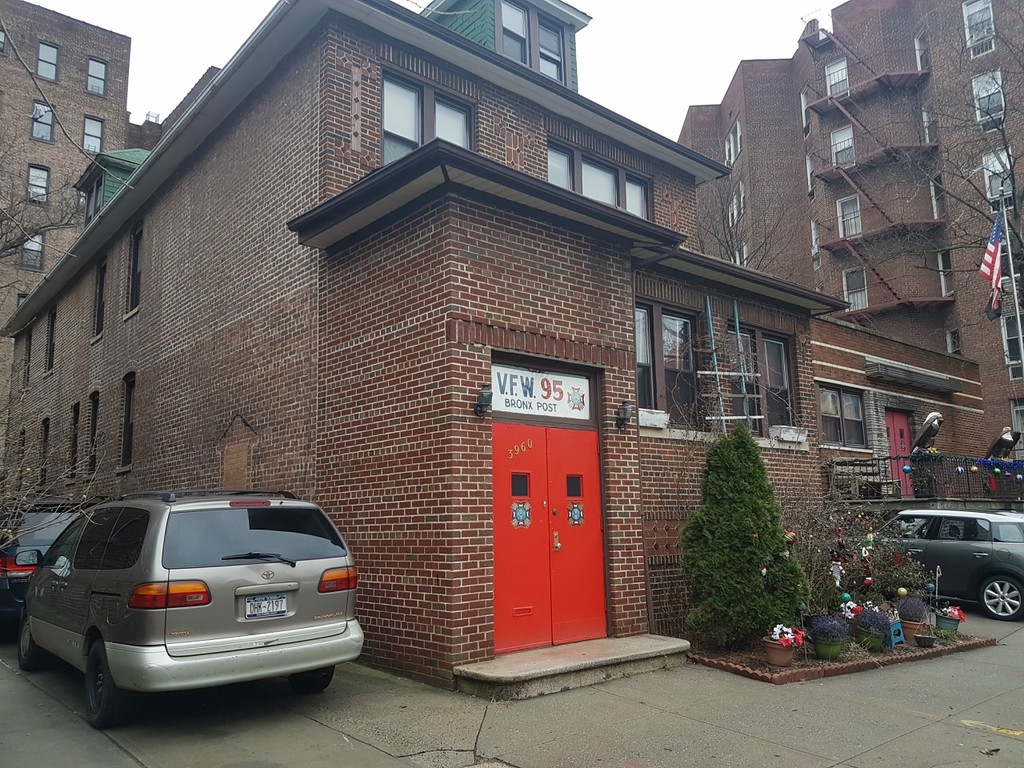 And this is - a nightmare and horror in New York. Subway. In most countries the subway underground passes, and in New York - on the ground.
18 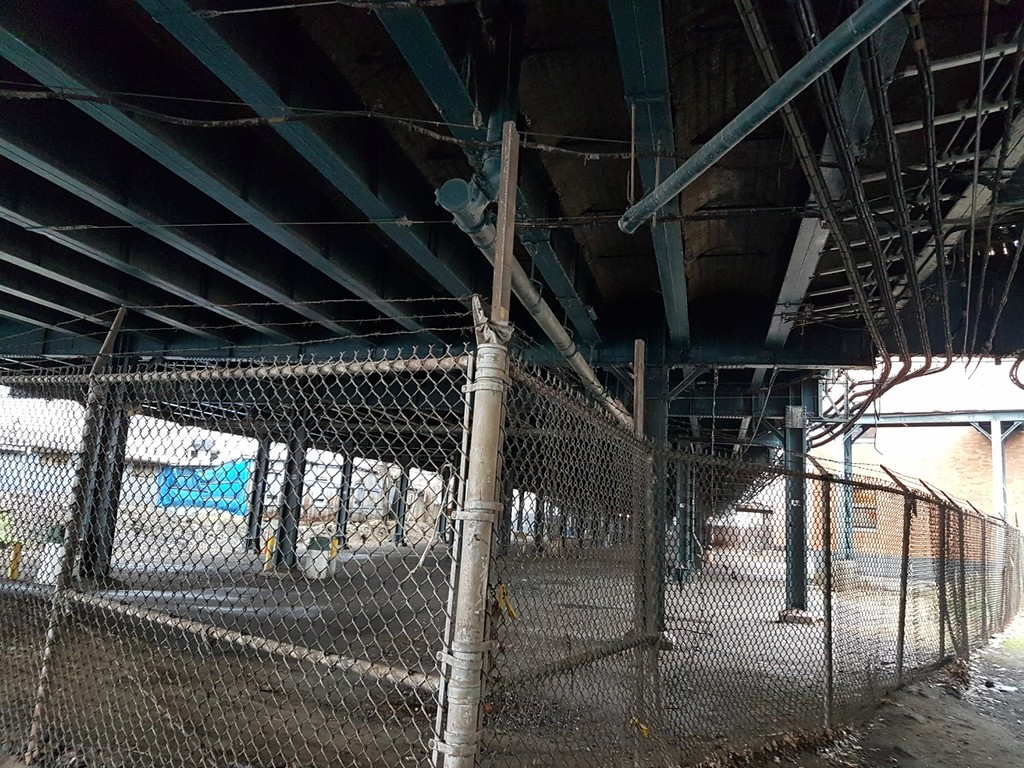 Imagine what people living nearby? I will never believe that you can get used to the rumble.
19 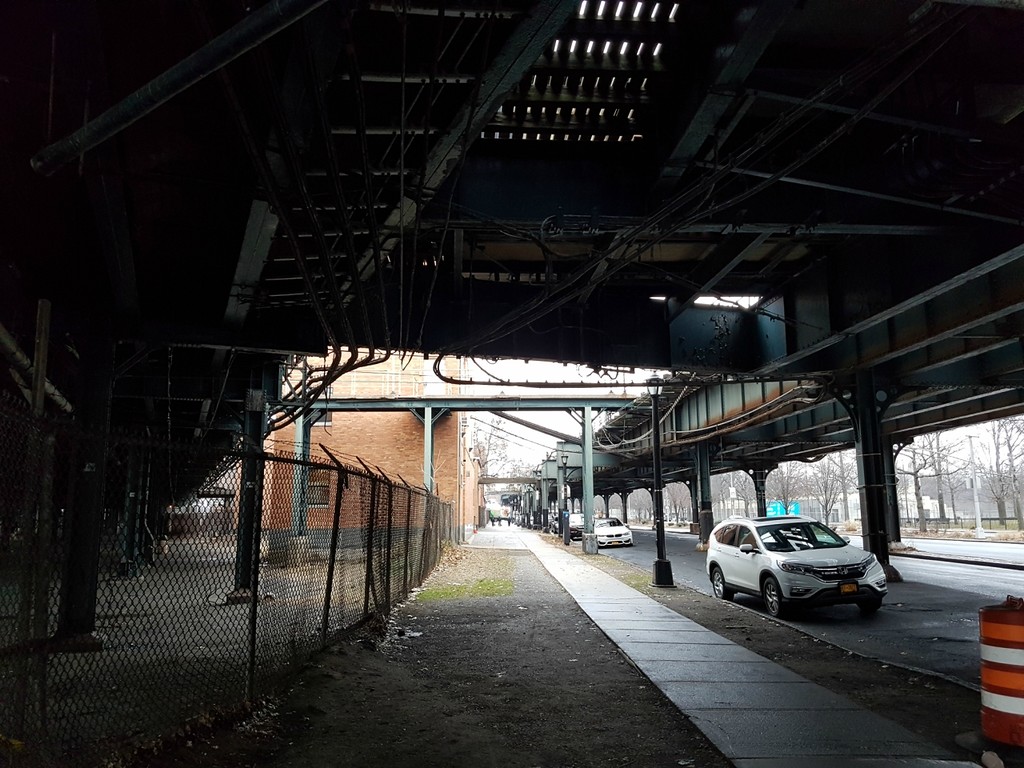 Under the elevated line is Broadway. He - a very long and traverses the whole of New York.
20 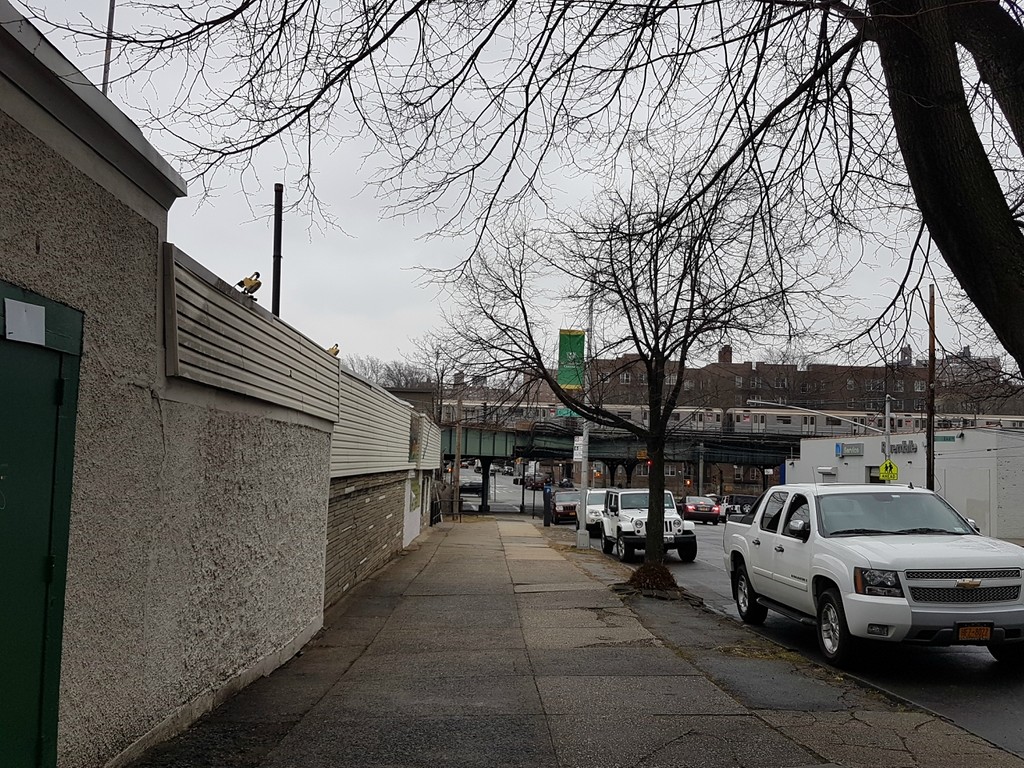 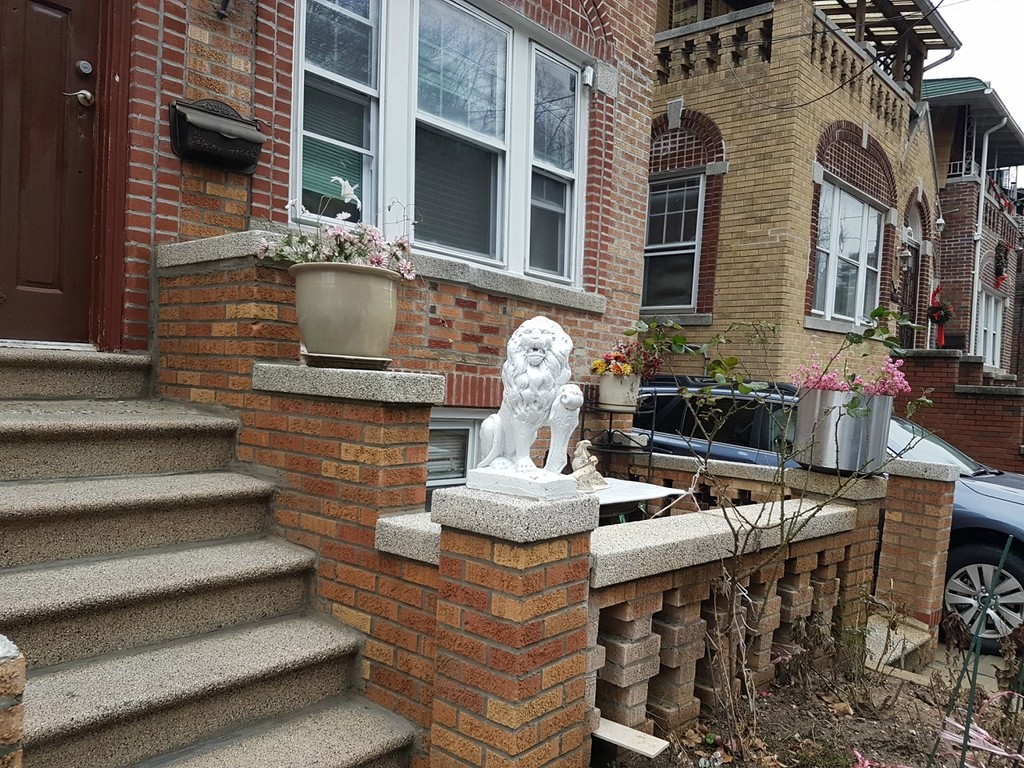 And all the trash is on December 25th, and today is the 27th, watch next. Do not think that I criticize New York and deliberately cling to the fact that I do not like. I love him, just come here often enough to look at it not through rose-colored glasses as during the first visit. 22 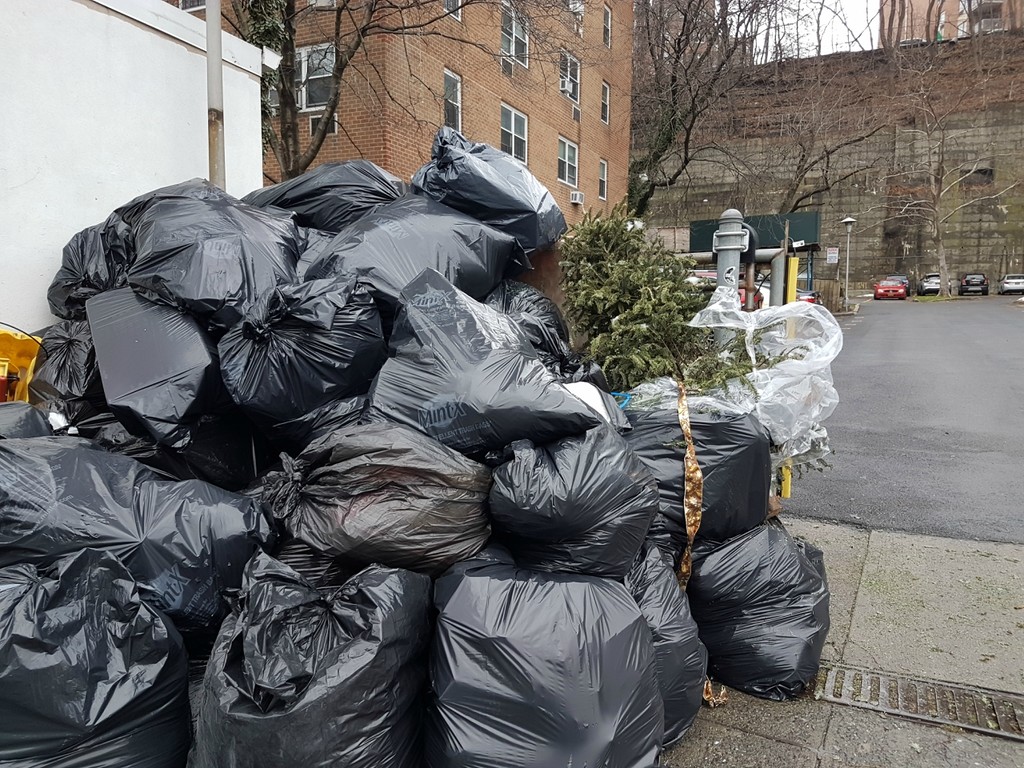 To finish recording a photo of garbage, adding that the Bronx is the birthplace of the culture of hip-hop and Latin music.