While obscurantism is going on in some parts of the country - from the burial of criminals in golden coffins to the hammering of invented statistics on coronavirus cases into gullible heads, in other states they decided to quarantine. Among them was Florida, which in mid-May began to lift restrictions on visiting beaches and on the work of businesses in the service sector.
It so happened that for several years in a row we have been in Florida 2-3 times a year with different goals. And while June is not an ideal time to visit this hot state, the quarantine chain is even worse. Therefore, as soon as the curtain rose, we decided to go.
Plane tickets from Houston were bought just two weeks before the trip (just over $ 400 for three; Southwest). The destination was Marco Island, one of the barrier islands in the Gulf of Mexico, in southwestern Florida. 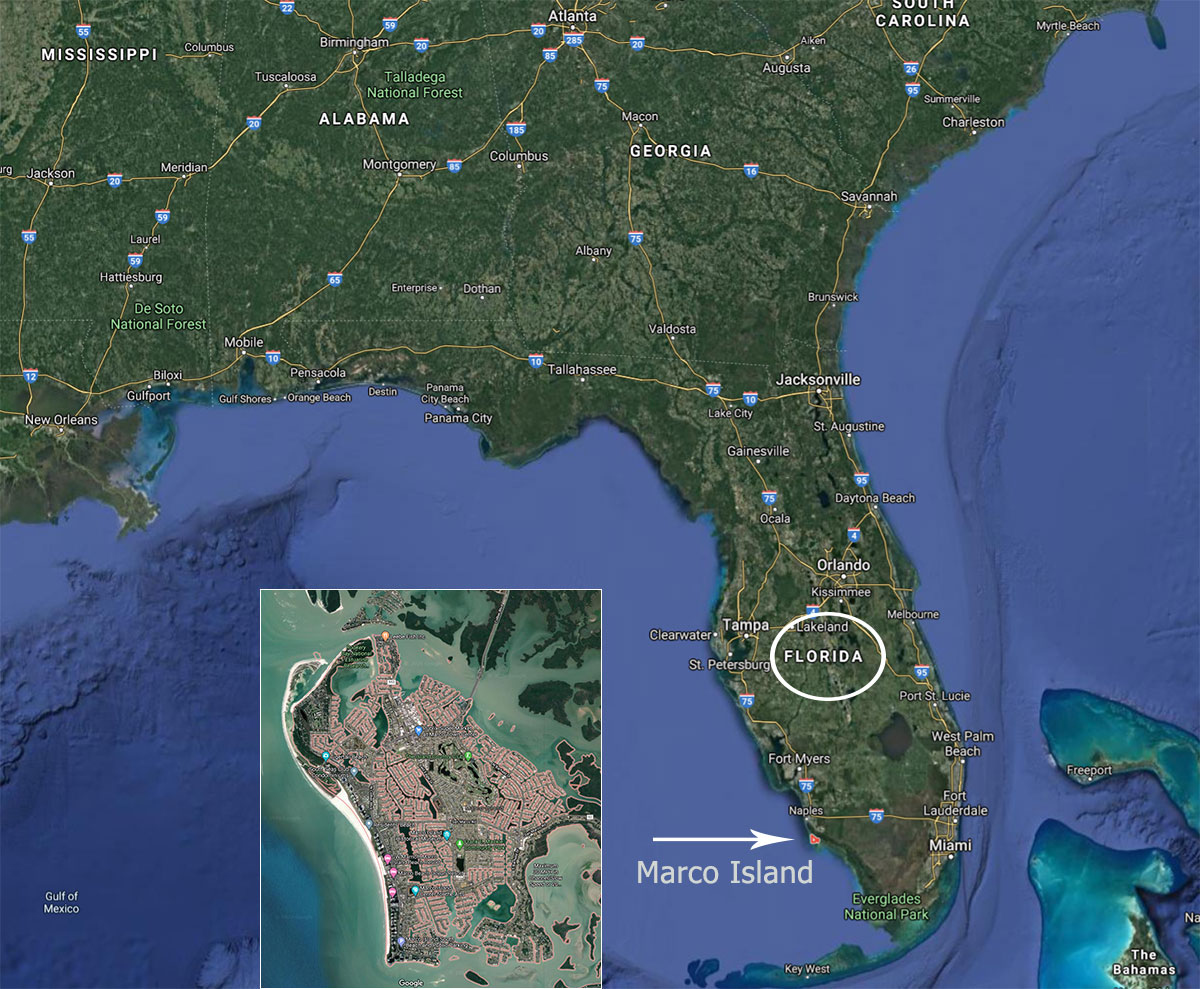 The main bait of the island is a long white sandy beach along the entire west coast. There should be enough space on it for everyone, even if they don't come close to each other at the recommended 6 feet. 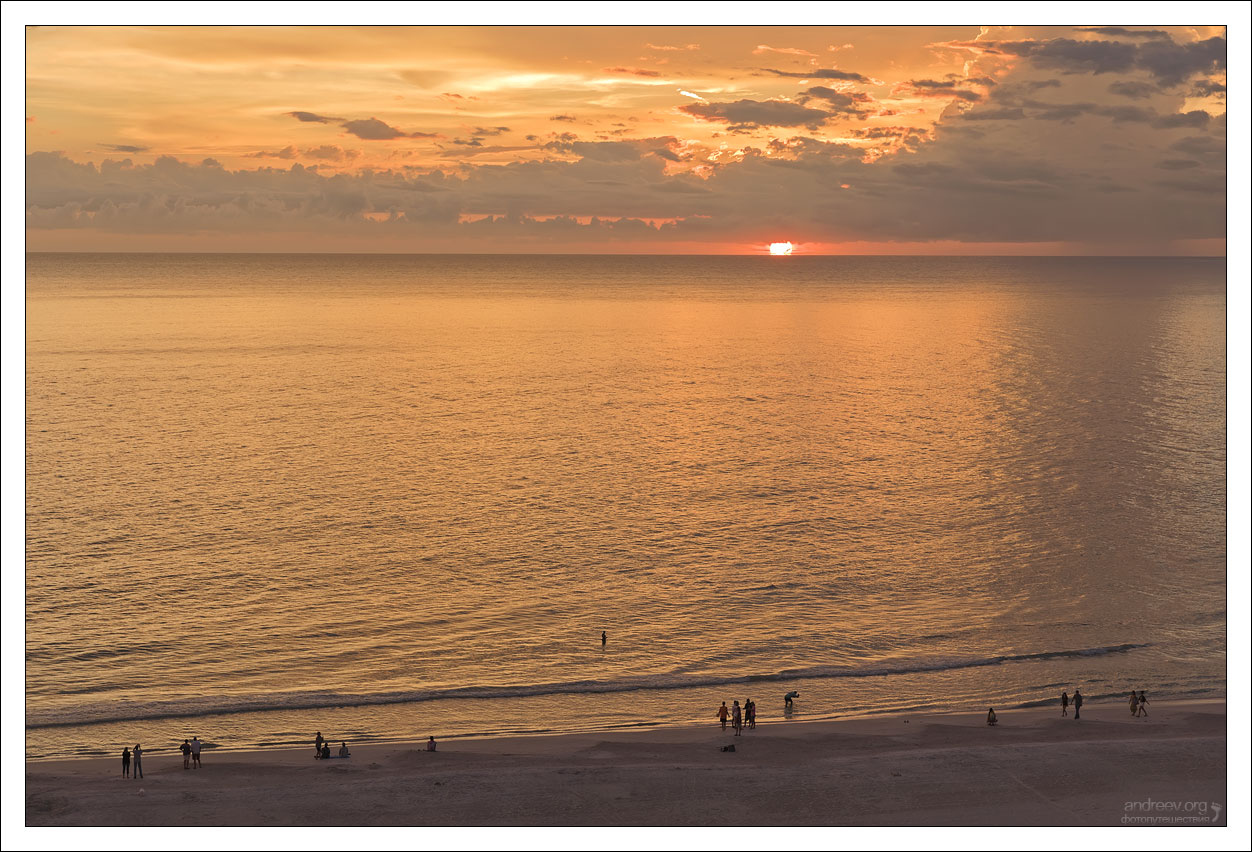 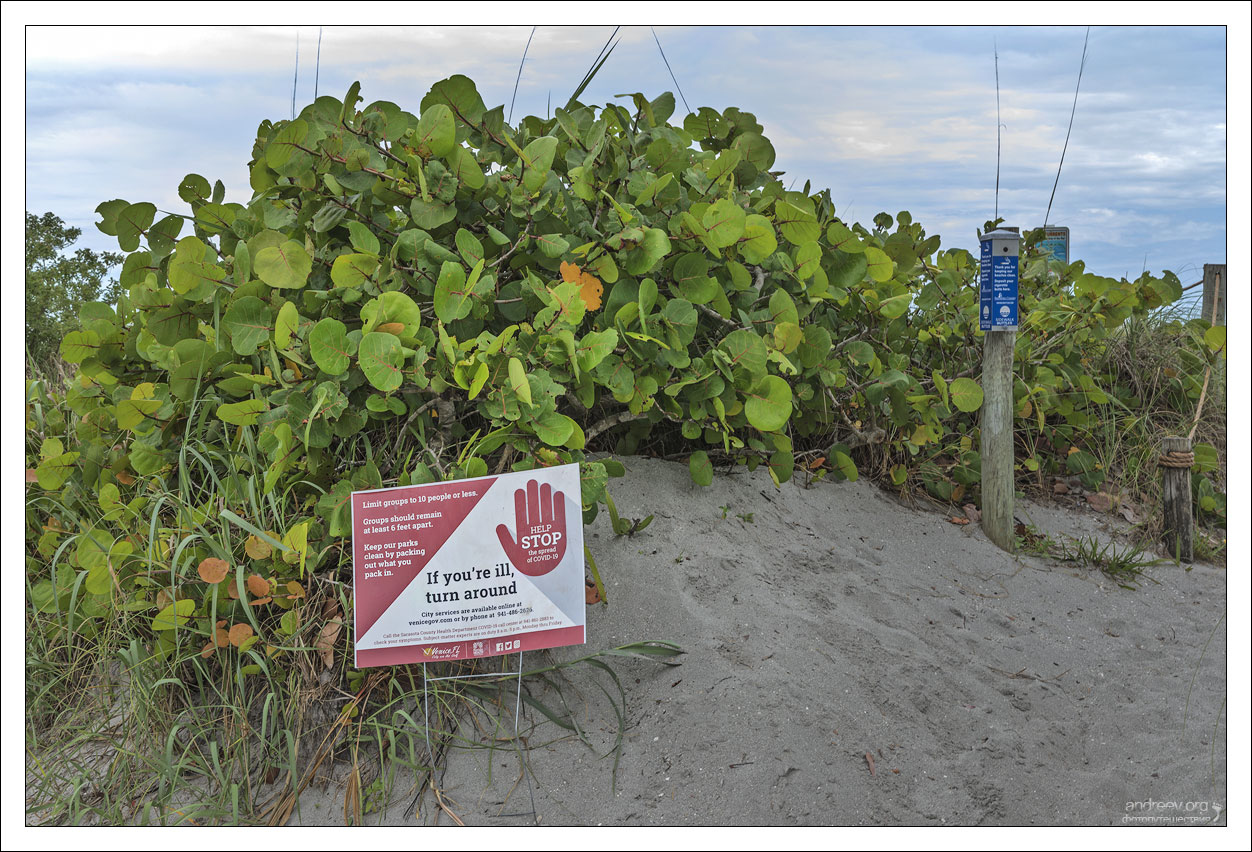 It turned out interesting with housing. First, we found a pretty condo in the Apollo condominium complex directly with access to the beach, and rented it for $ 800 for 5 days. Just a day later, an upset landlord wrote that their county had banned people from other states from moving into the private sector. Moreover, in the nearby Marriott - check in, I don't want to, just exactly twice as expensive.
Well ok, the reservation was canceled, they began to think about where we would spend the night. A day passes and we get another letter, this time joyful. Since June 5, the ban has been completely lifted, come dear guests, otherwise there is nothing to eat without you. 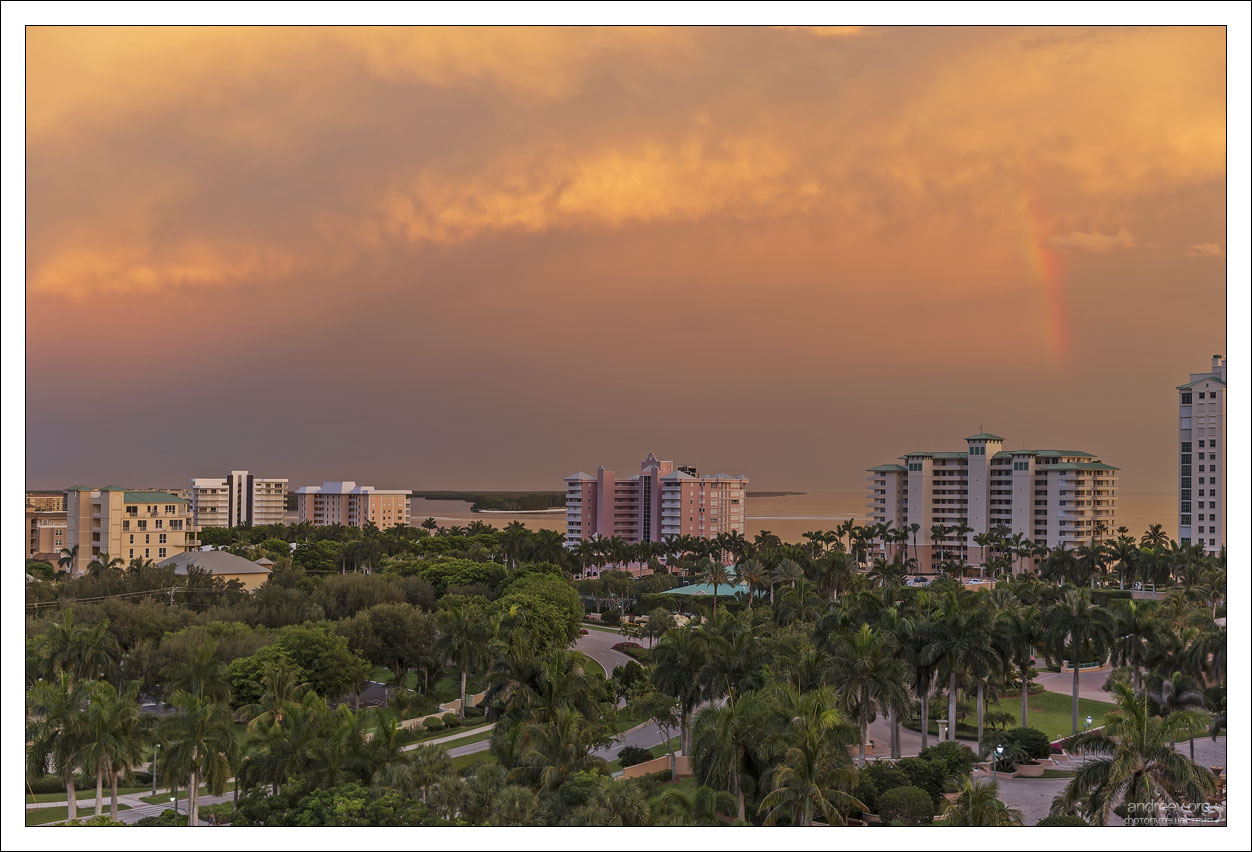 Of course, the thought flashed that both the ban was lifted and it would be hung back, business. But nothing happened, and the condo turned out to be even better than in the pictures. 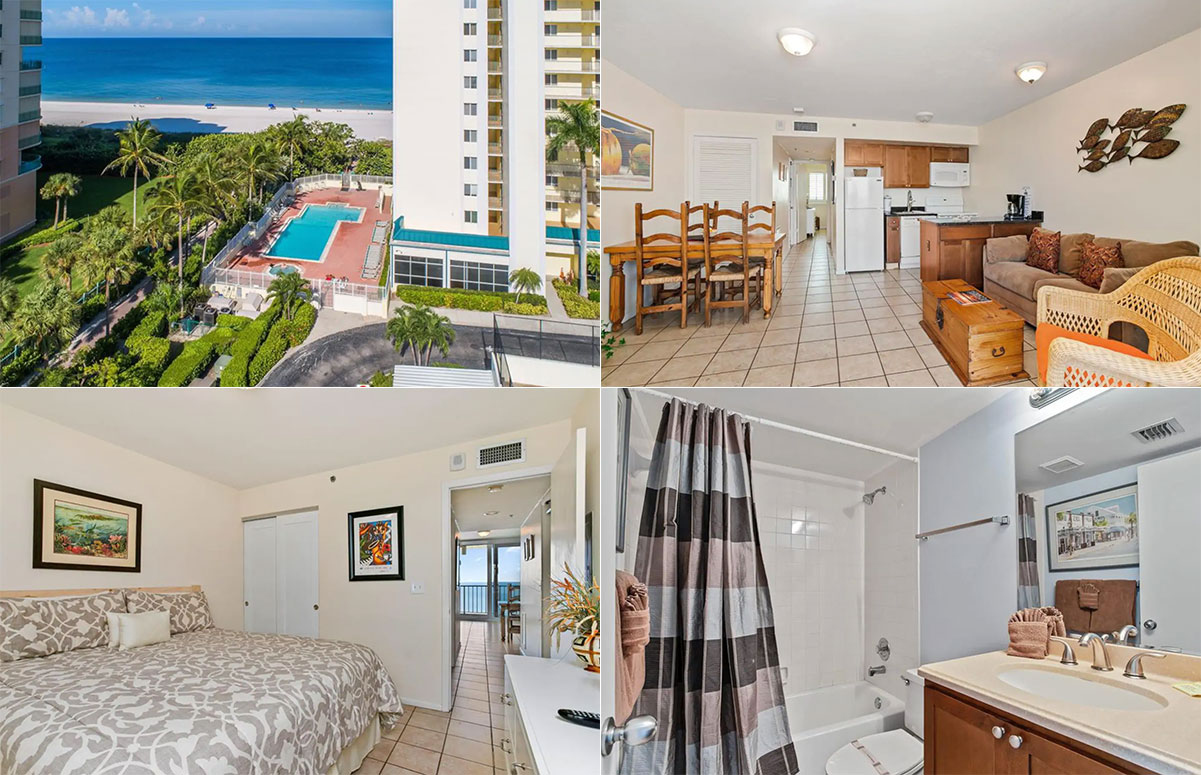 Two-room, with a full kitchen and an excellent balcony-lanai, where every evening we were shown stunning sunsets. The complex has a Sunset Grill restaurant (open for dine-in; excellent margaritas, rivers.). 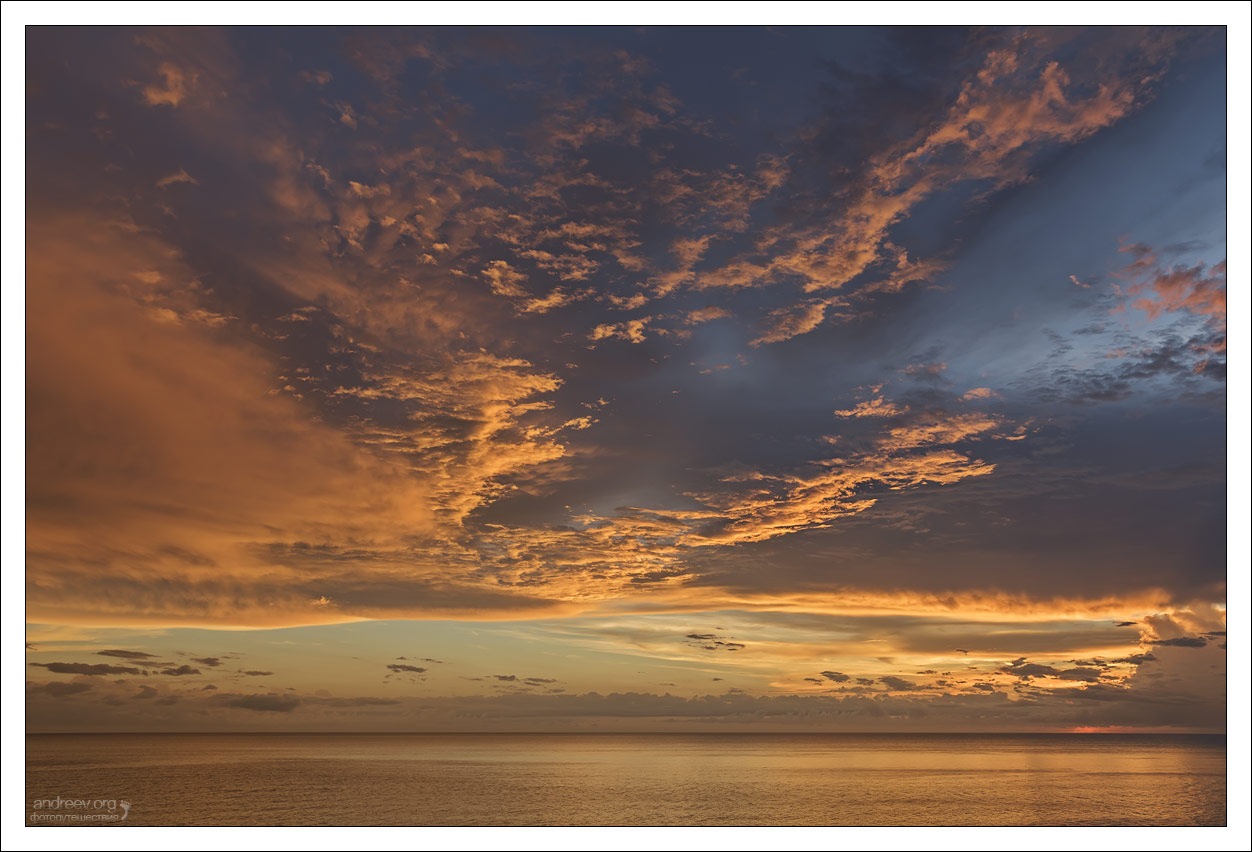 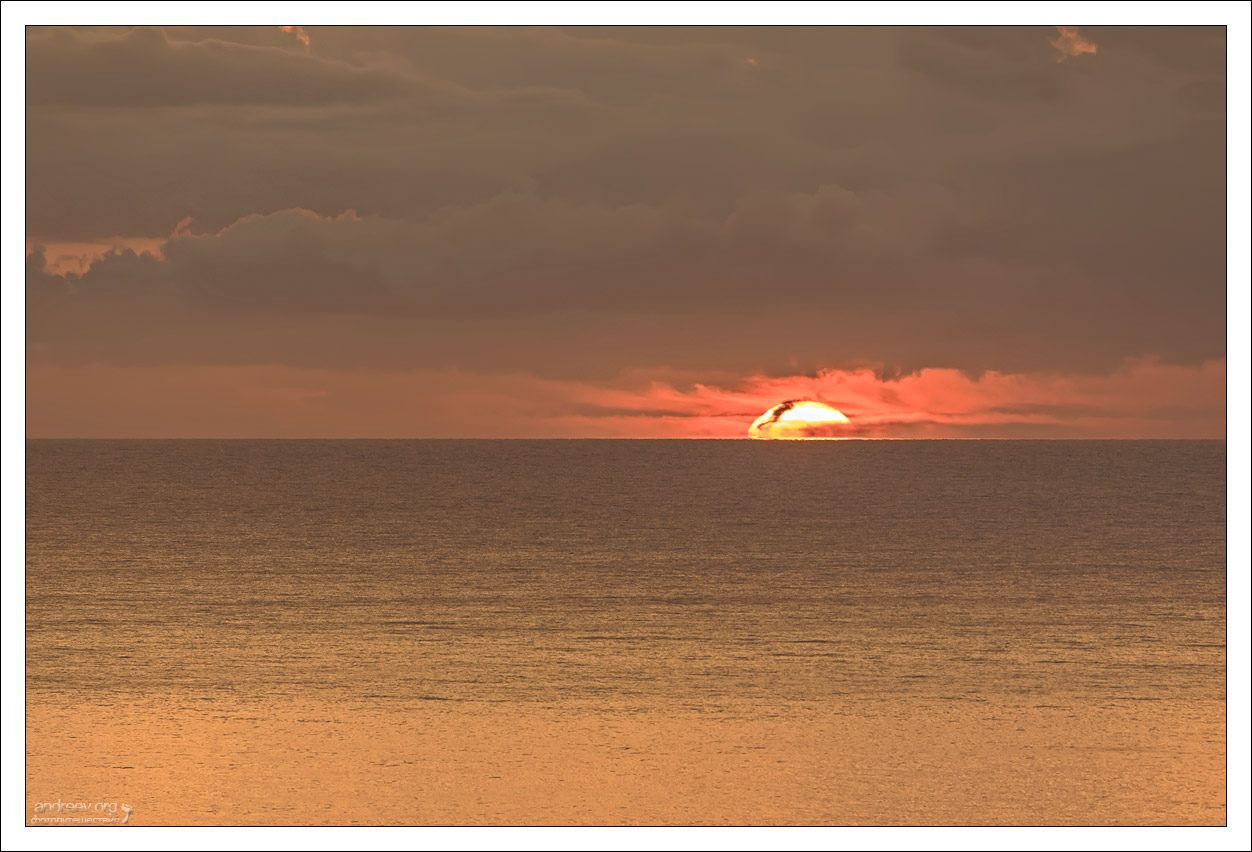 And now some features of the trip, taking into account the current situation.
- People at airports about a quarter of the usual number; cafe-restaurants work through one; the rest is almost all closed. 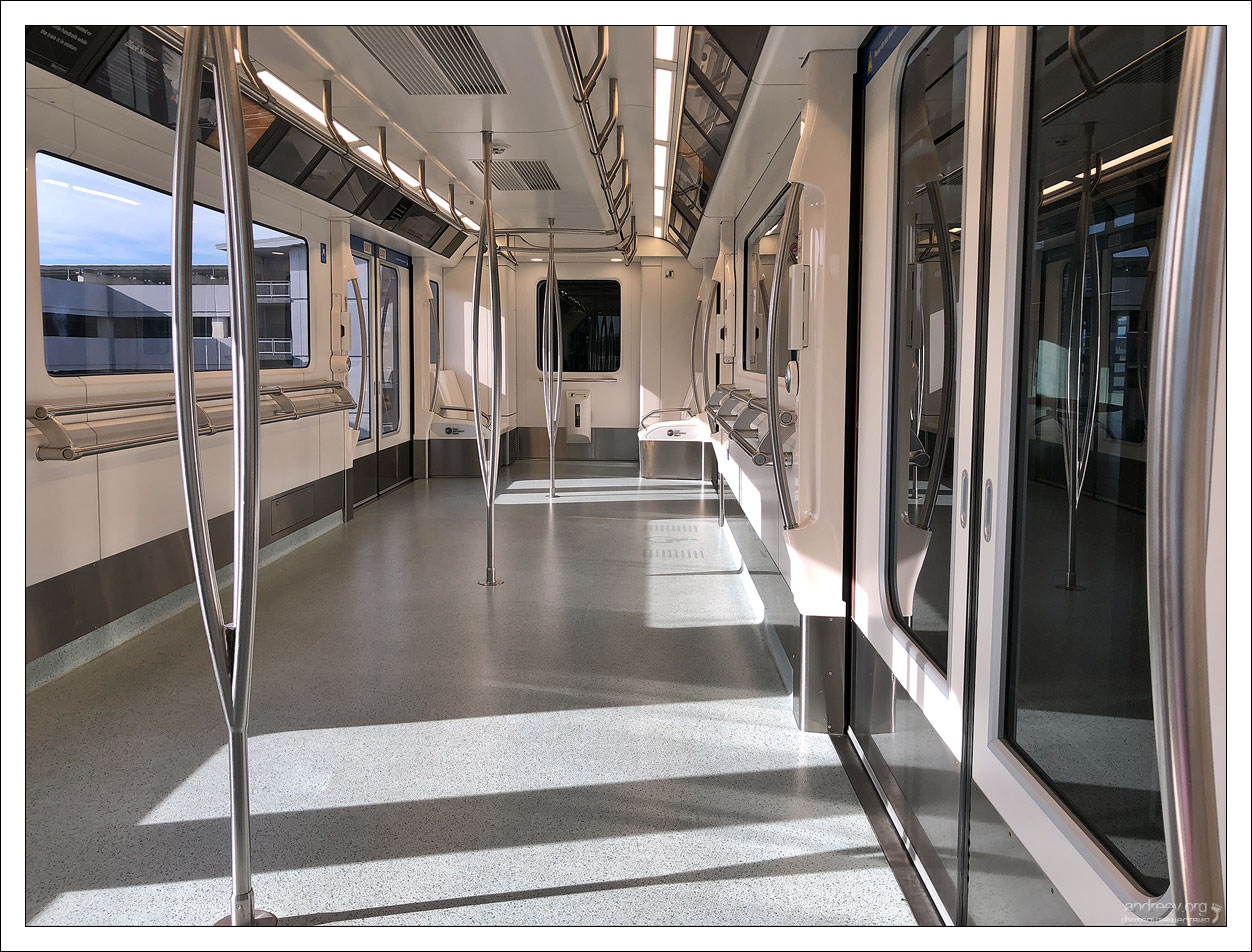 - You must wear masks on the plane. If you don't have your own, then they are given out free of charge on board. No one is put in a row, as they wrote somewhere, flights are almost always full. If you fly 250 miles or more, they give out cans of water and bags of crackers. In general, stewards try to have less contact with passengers.
- In car rentals, luxury cars are easily handed out for little money. In front of us from Sixt in Tampa a satisfied guy left in a sports Jaguar, and we were suddenly given a BMV 330. 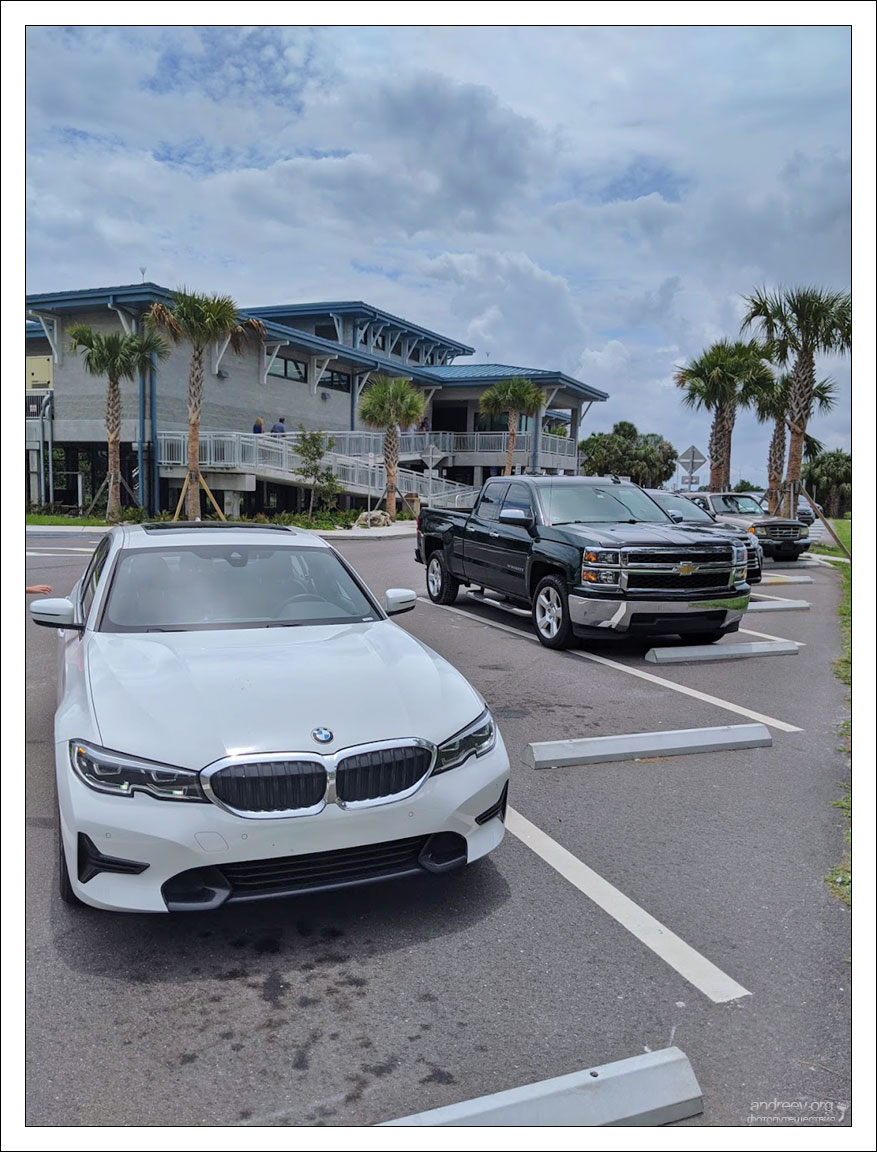 - The white beach of Marco is really cool. And given that there were no more than two dozen people on it, then its value for us personally has further increased. 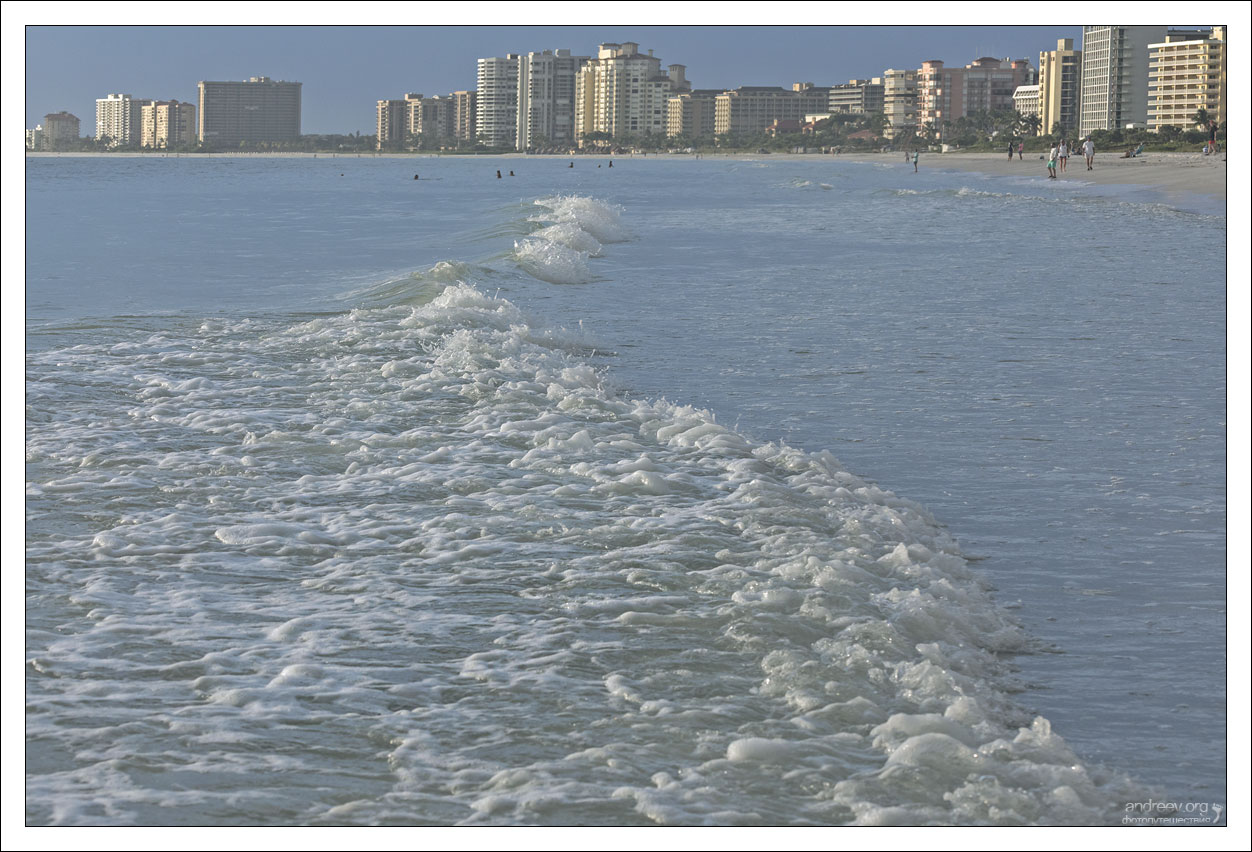 - There are nests of turtles on the beach. Disturbing them is strictly prohibited; as a punishment - a fine of $ 25 thousand and prison. 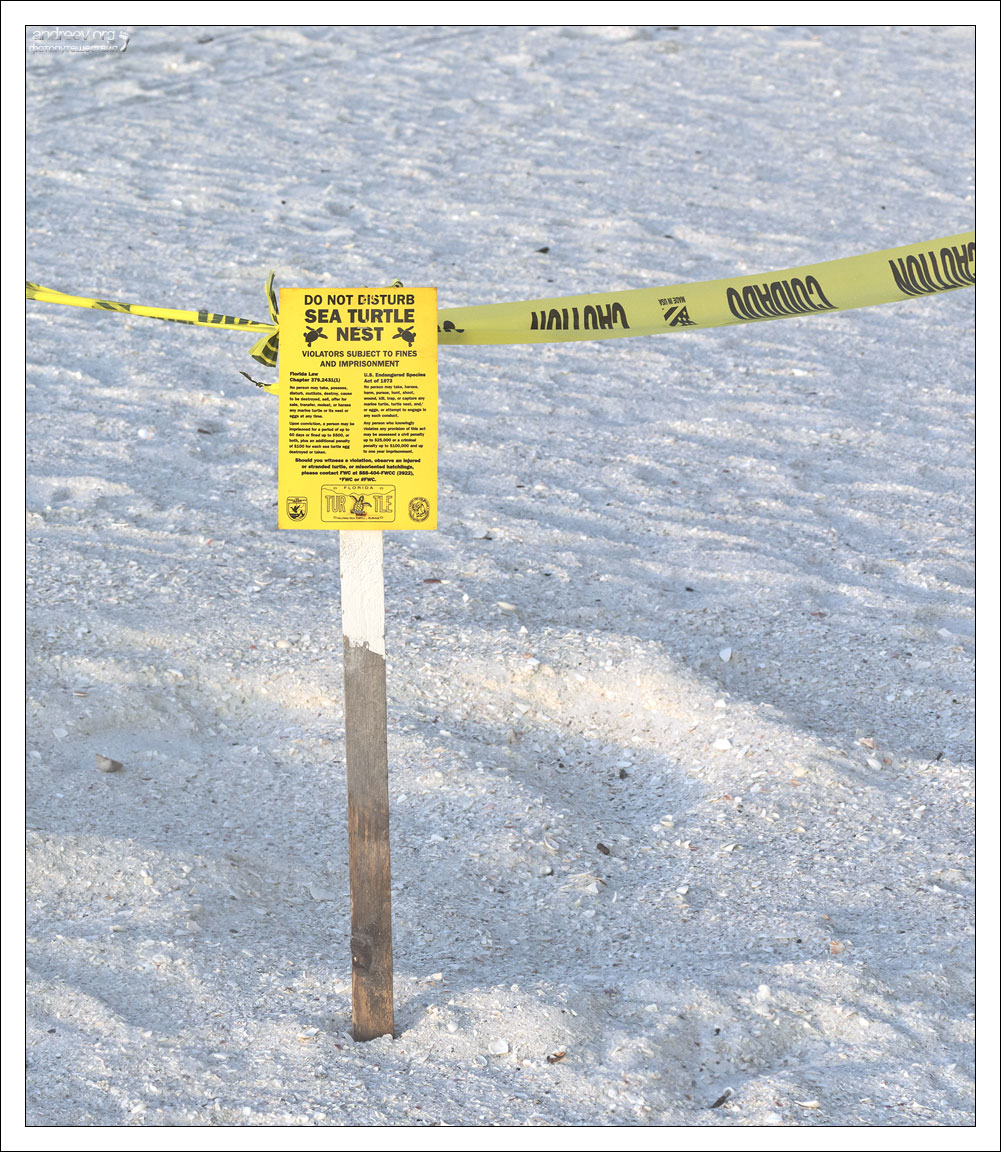 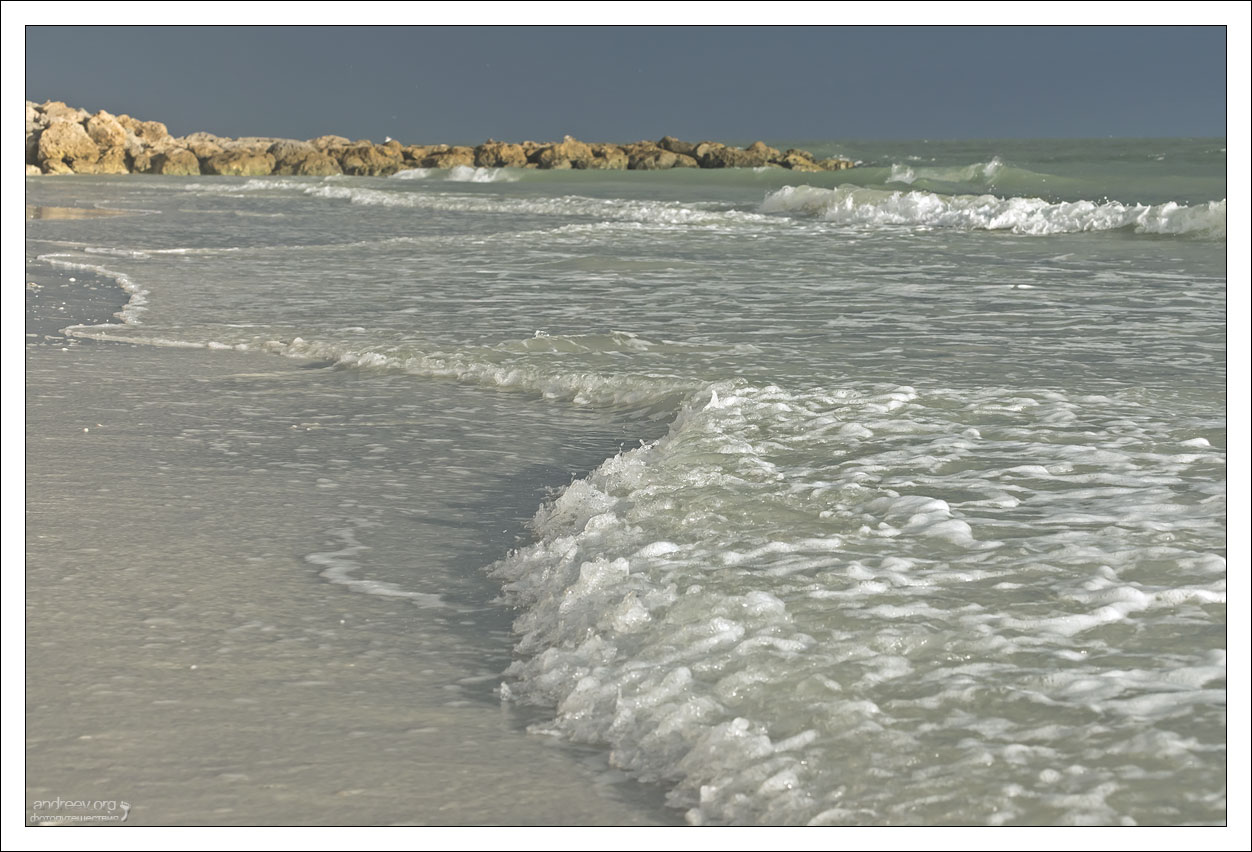 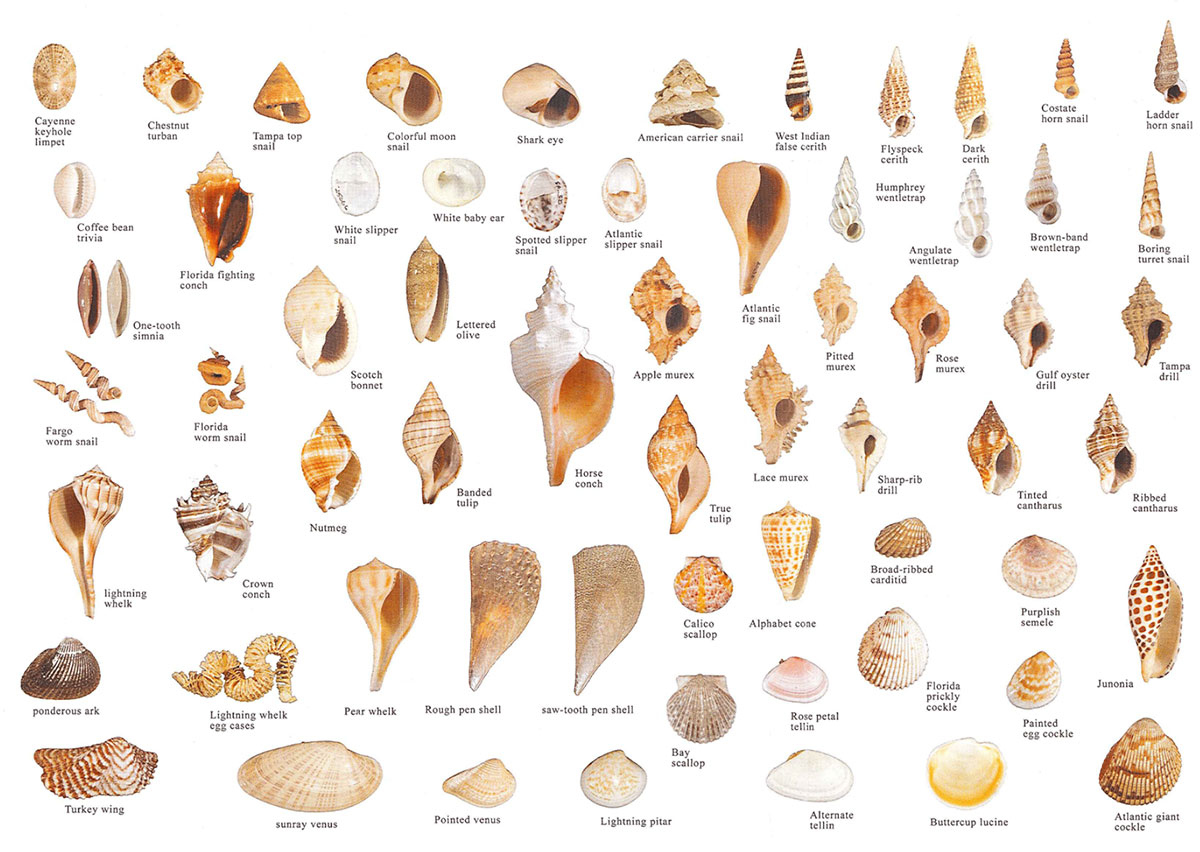 Many shells are inhabited - just have time to apologize when another hermit crab grunts displeasedly: "Busy!" 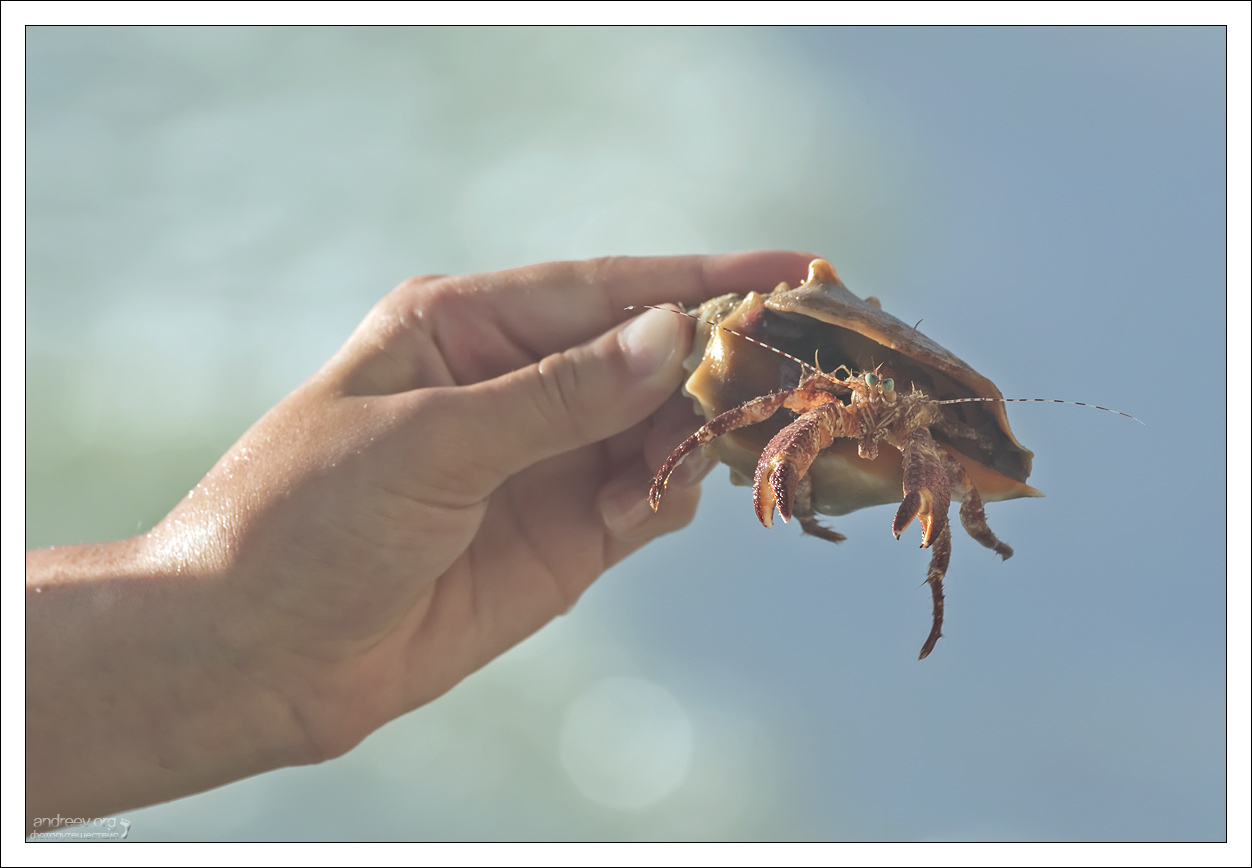 One day a colony of 9-ray starfish Luidius approached the beach. 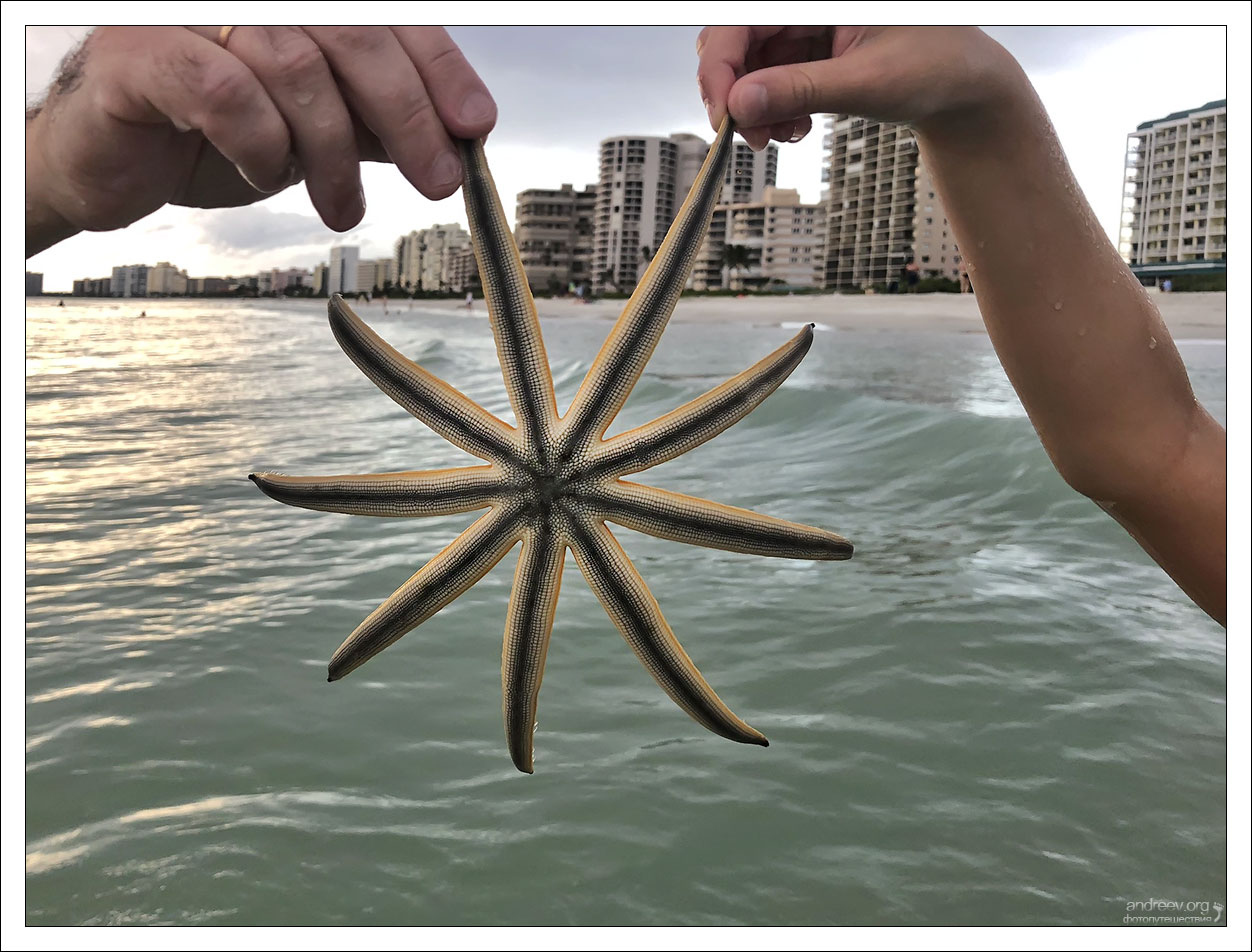 It was very funny to put them on your head and watch the rays descend. Nerves should be strong, it turns out a real “headcrab". Who played Half-life will understand :) 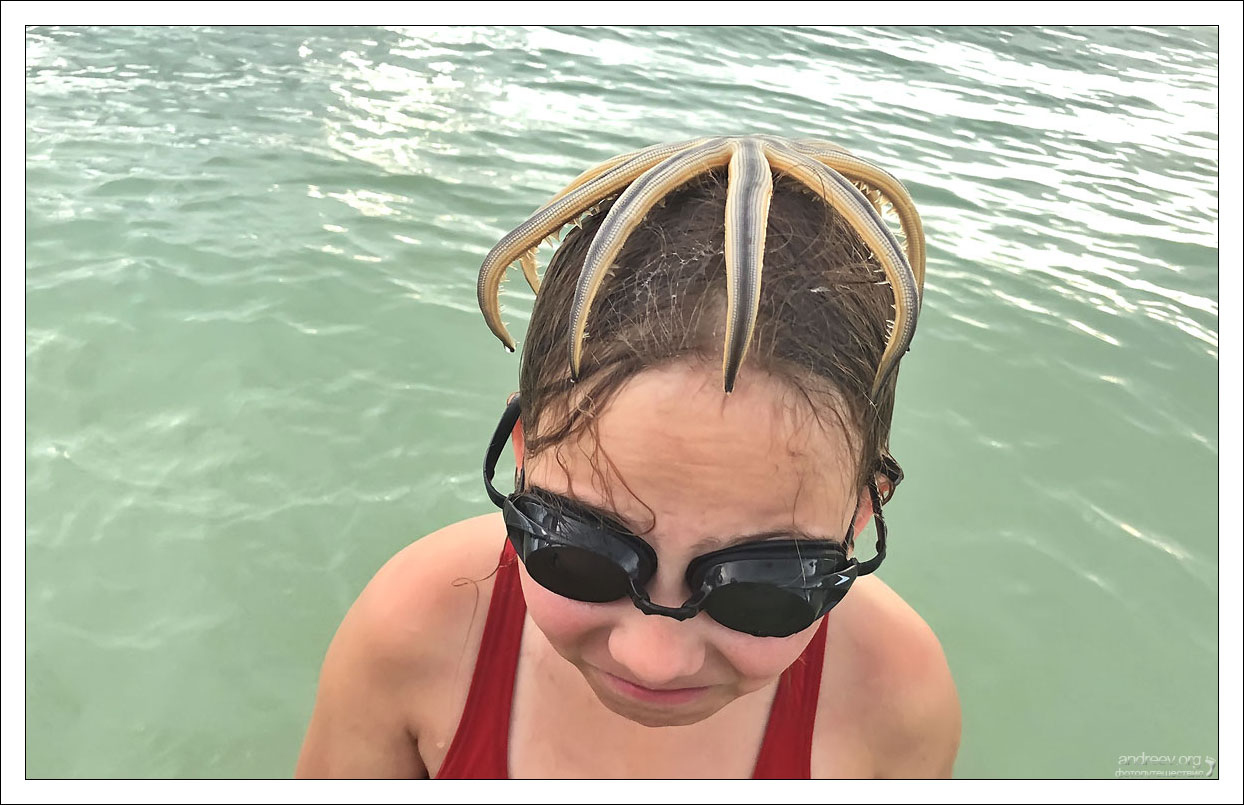 As an activity - kayaking on mangroves, quite typical entertainment for us :) Kayaks were rented in Paddle Marco ($ 35 for two hours / single, and $ 45 for a double). 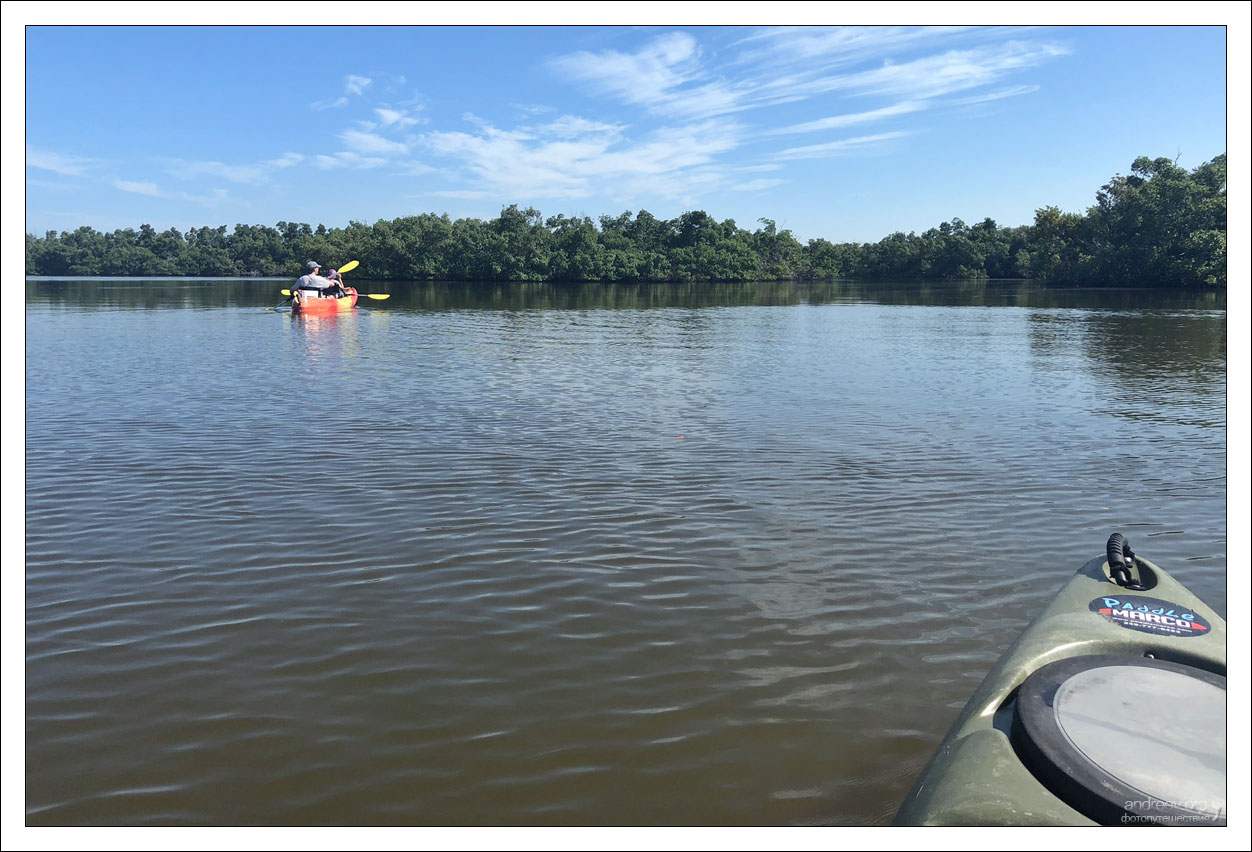 Excellent service, the owner is a young cheerful American guy who is in love with Russia to the point of marrying a Russian girl :) 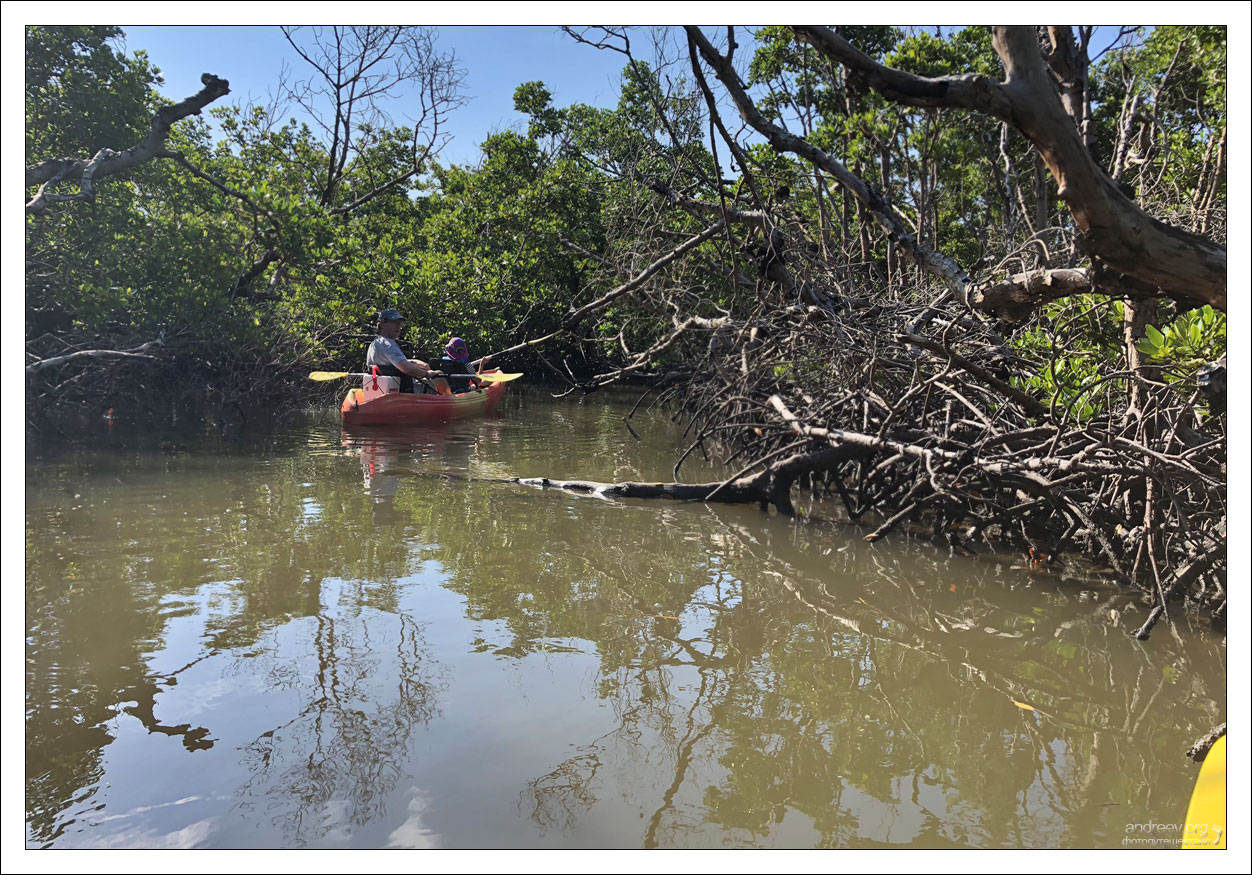 There were no sea cows, but there were many birds, crabs, and even oyster plantations. It’s a bit narrow in mangrove tunnels, some kayak skills are required. Great recommendations. 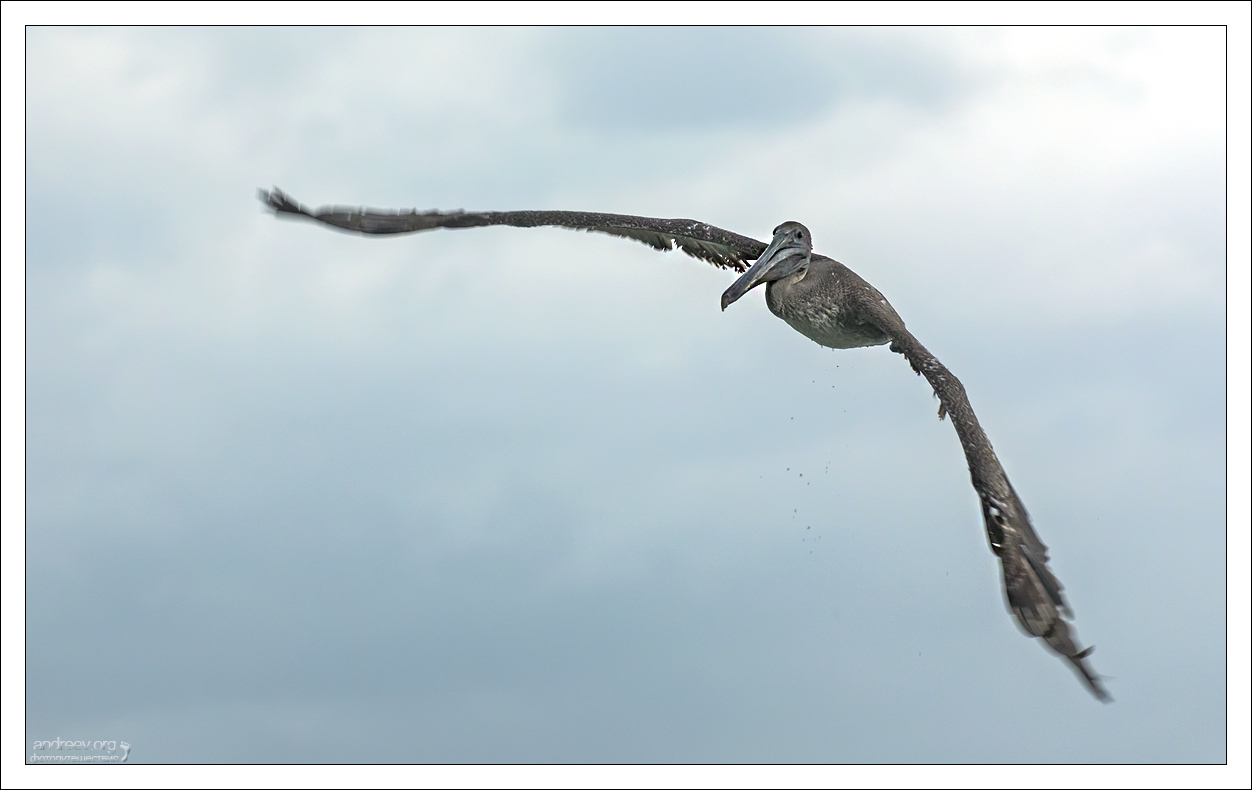 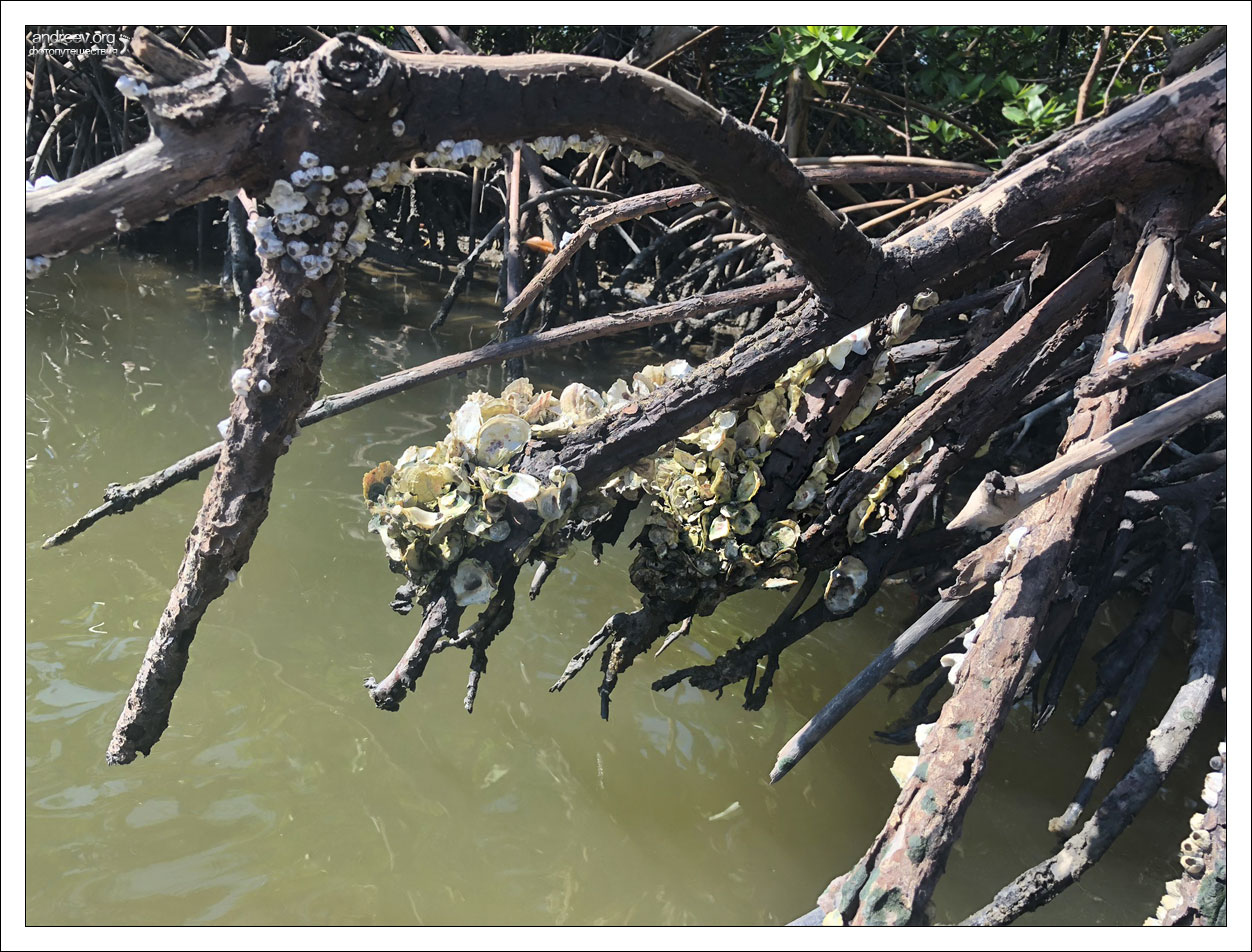 Another activity took place the next day - we rented a motorboat from the Dolphin Cove Marina office. 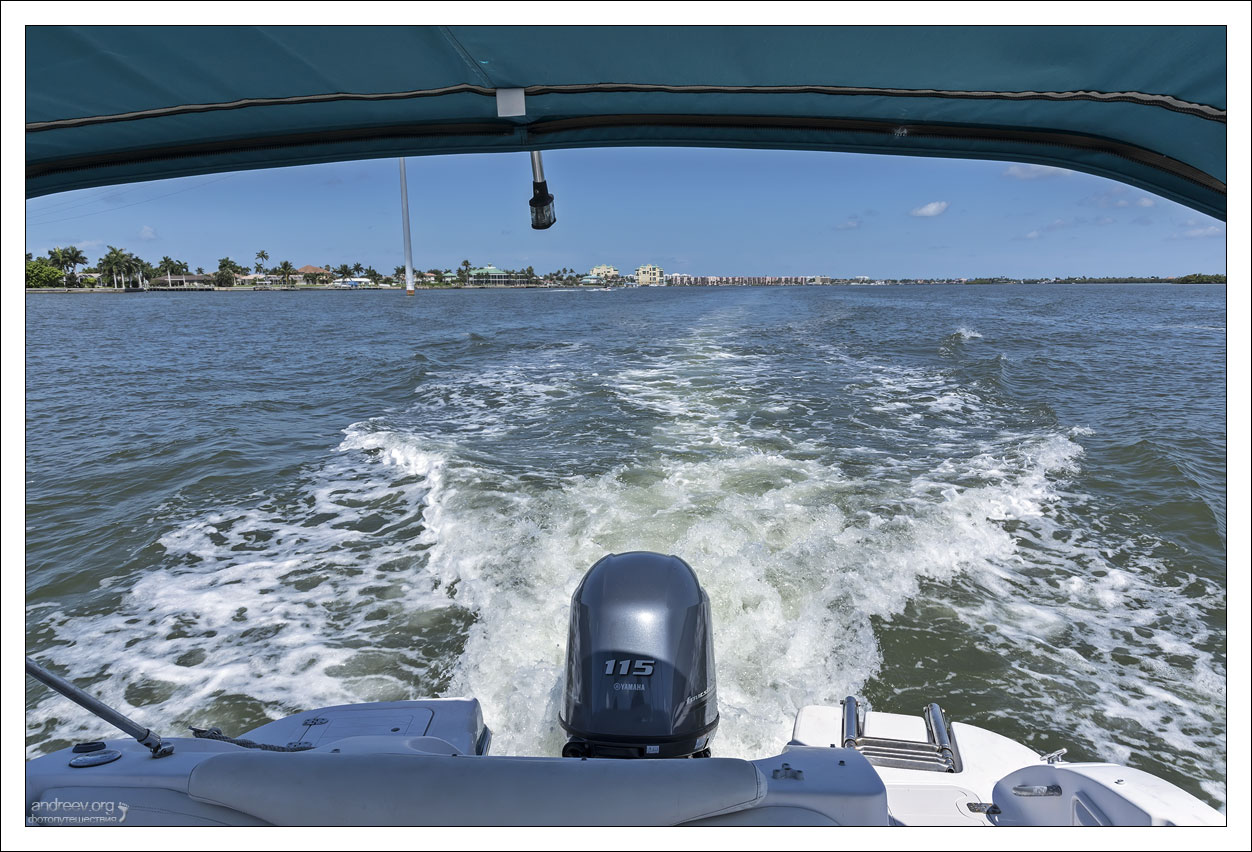 And we went on a three-hour swim in the Ten Thousand Islands archipelago, part of which belongs to the Everglades National Park. 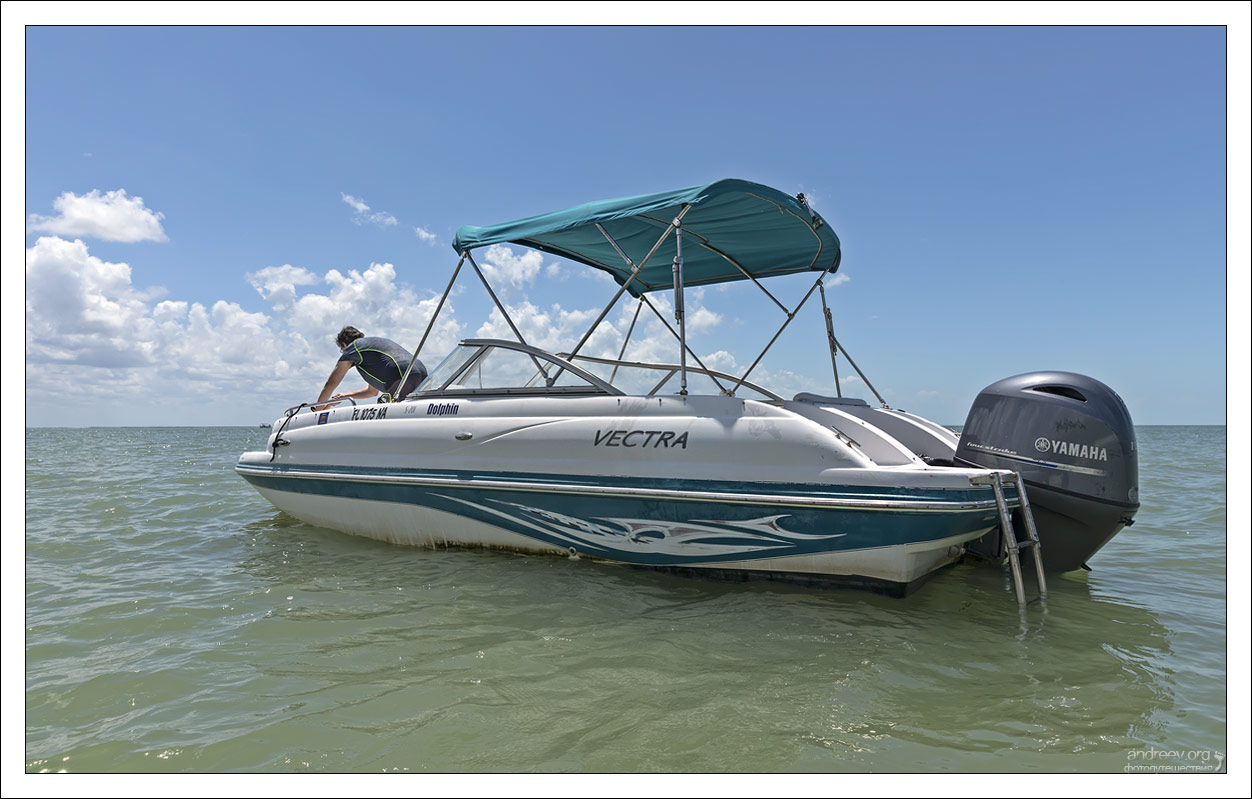 Almost all of these islands are uninhabited and covered with mangroves. It costs nothing to get lost, behind the map eye and eye! With stops for a “bite to eat,” we reached Cape Romano. 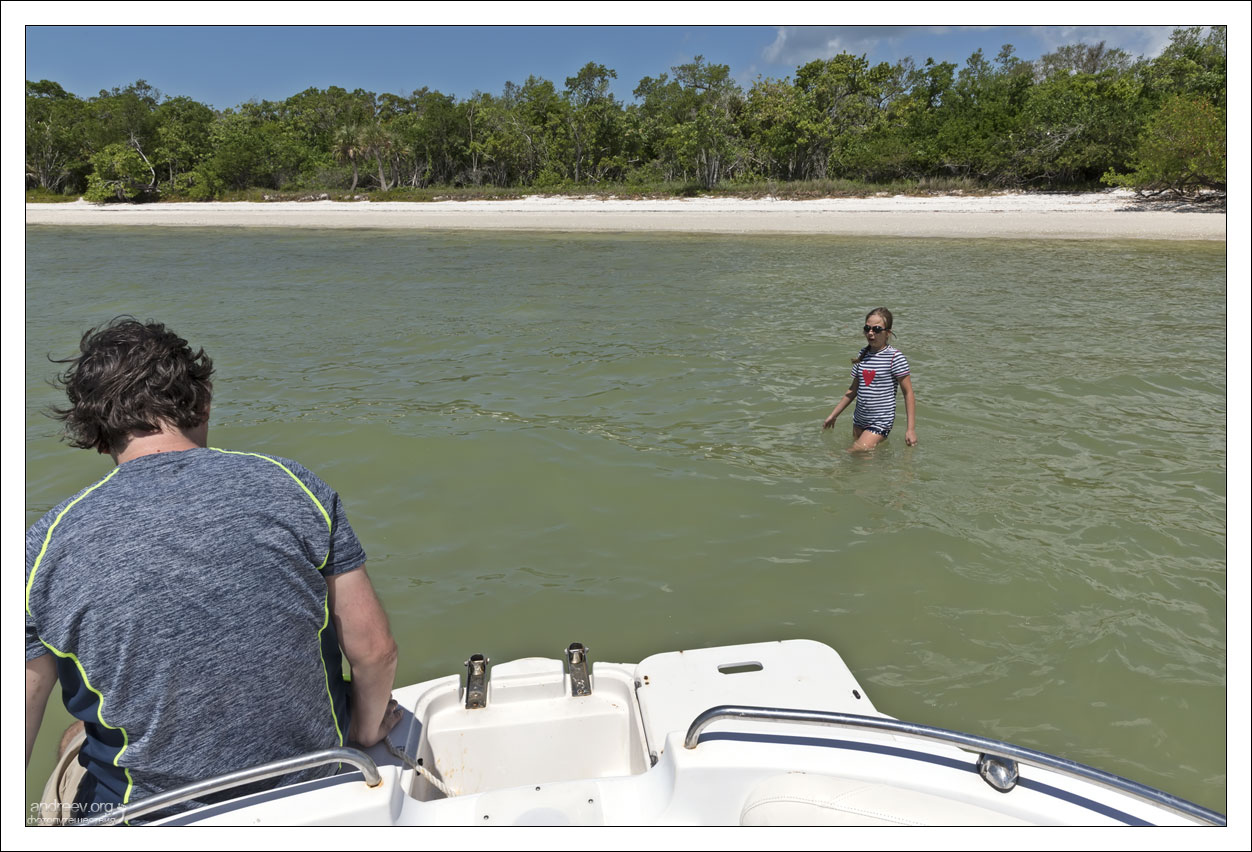 At Cape Romano there is an attraction - Cape Romano Dome Houses. They were built by local oil magnate Bob Lee and were considered an innovative project at the time of construction. 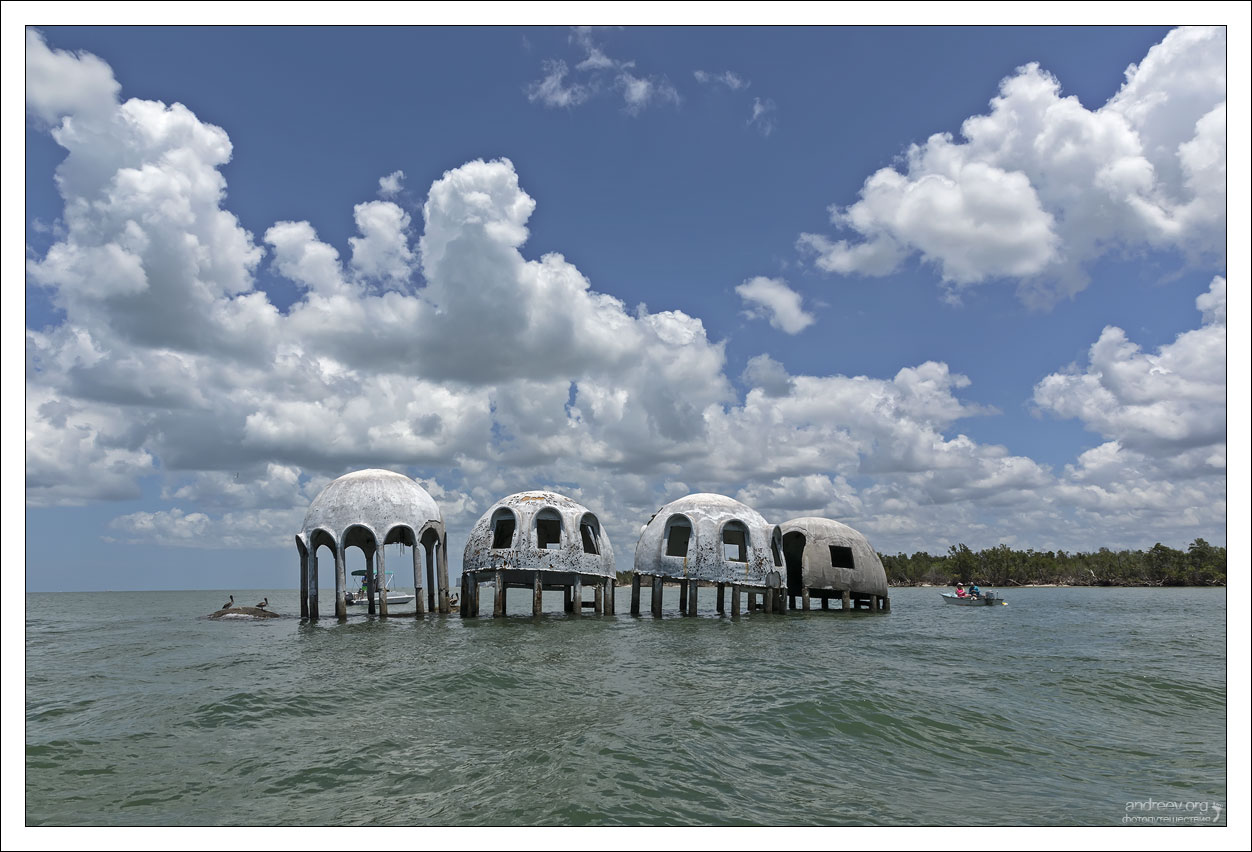 Over time, the houses slipped into the bay, some of them were destroyed by hurricanes, but four houses are still standing, to the delight of tourists and fishermen - they say there is an excellent nibble at the foot of the houses. 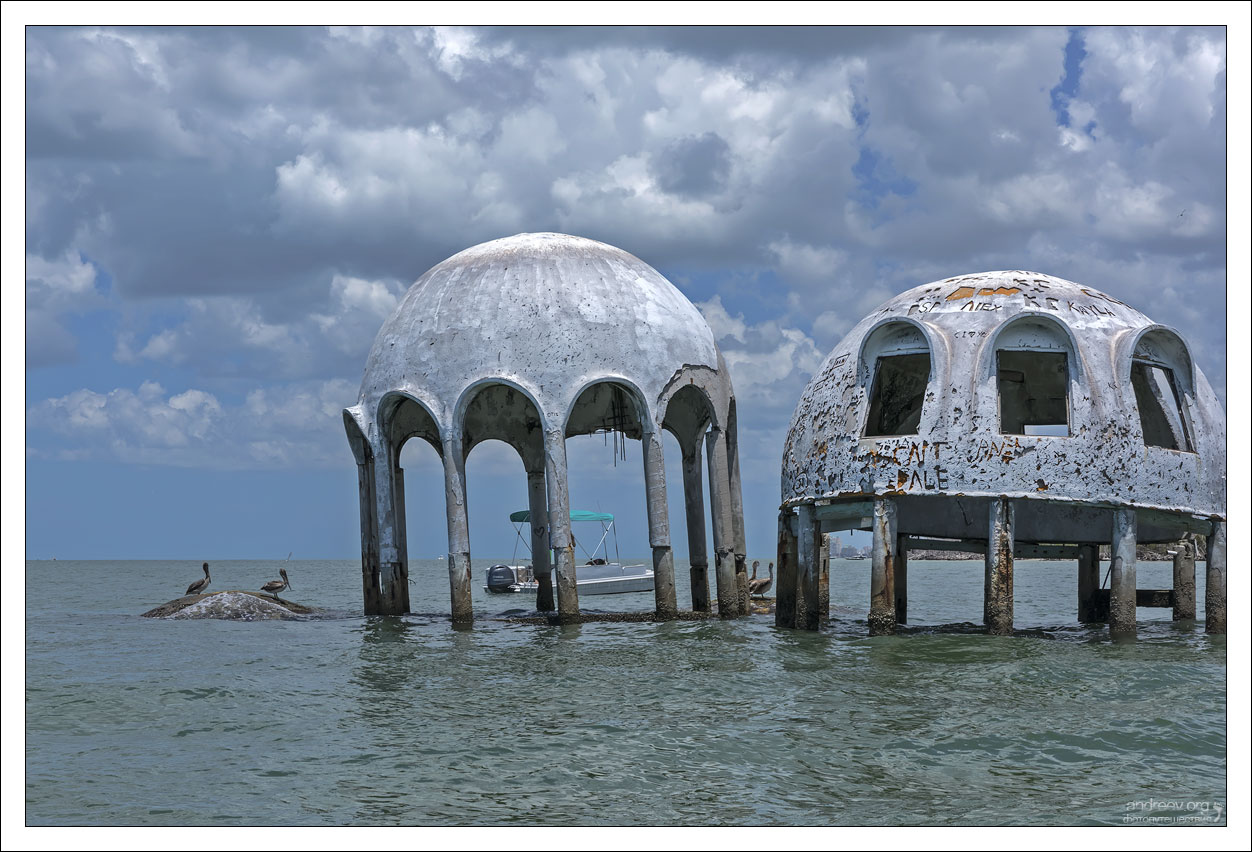 From the household: on Marco Island it is convenient to stock up on products from the local Publix chain store. For coffee and breakfast - go to “Doreen's Cup of Joe” and “Stonewalls”.
In general, I managed to relax to the fullest. The absence of a large crowd of people, extremely pleasant weather, and ignoring fake news did their job. 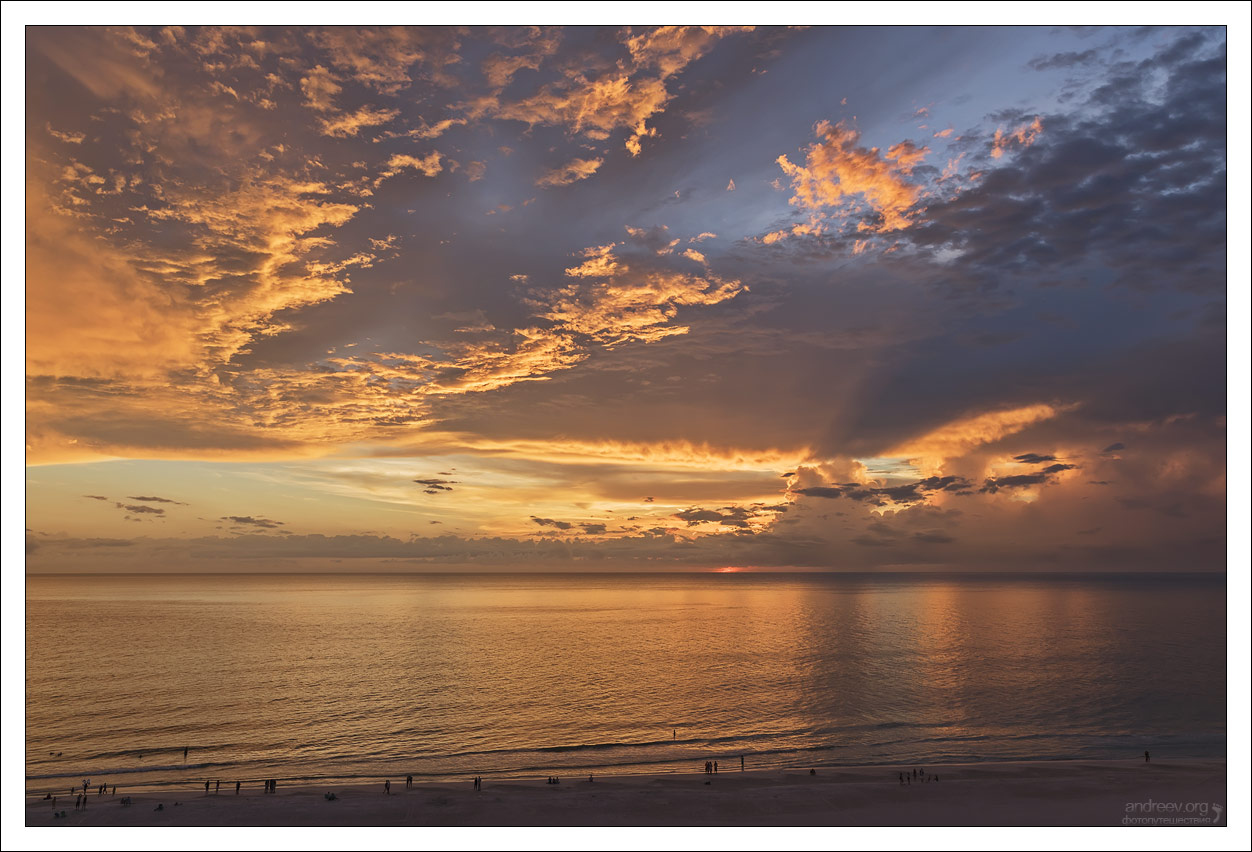 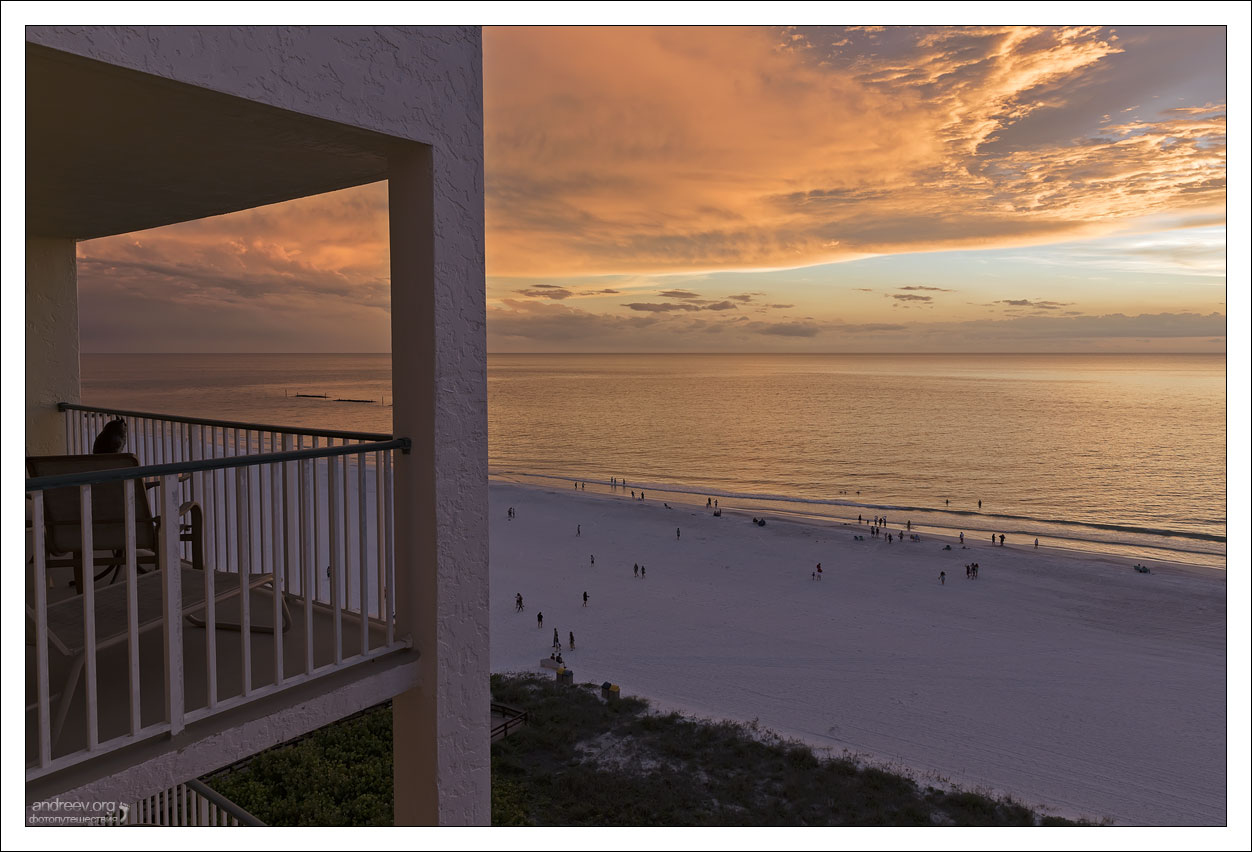 The condo had two televisions; for the entire vacation we did not include them even once. 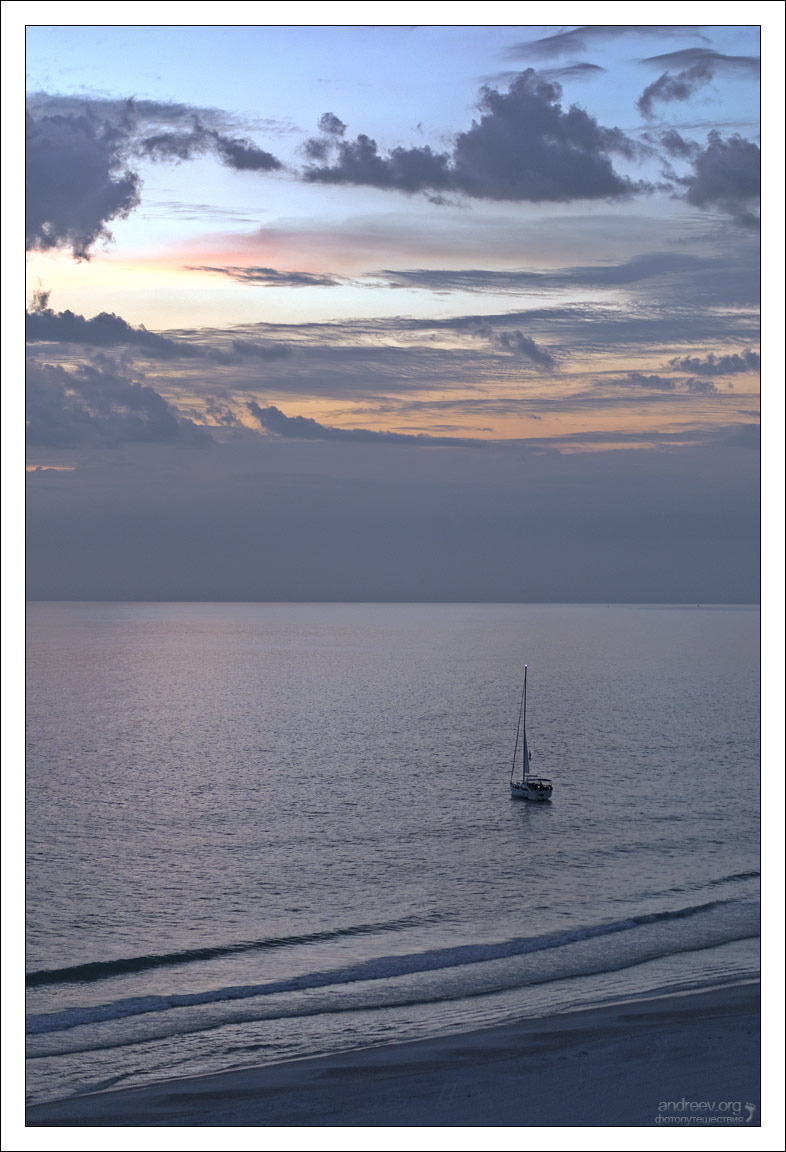