United Kingdom
Will the fate brought me to London. Well, maybe not so much the fate of many aviaperesadok on the way to India. Between the flights of almost 12 hours a sin not to go to the city, take a walk. 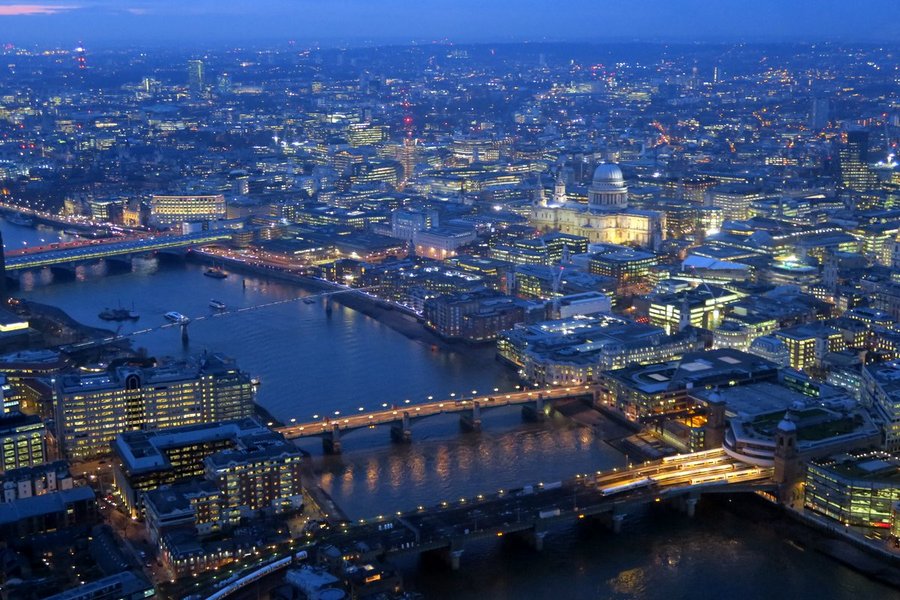 The British capital is now cool, but not frost, the temperature close to zero. That is, you can walk. Hard to believe, but I have three years there was not. The first thing came into the Google office. The office is not very interesting, so much more to see in NY. But here's a bit of local color added - over the reception desk hang traditional English hat. 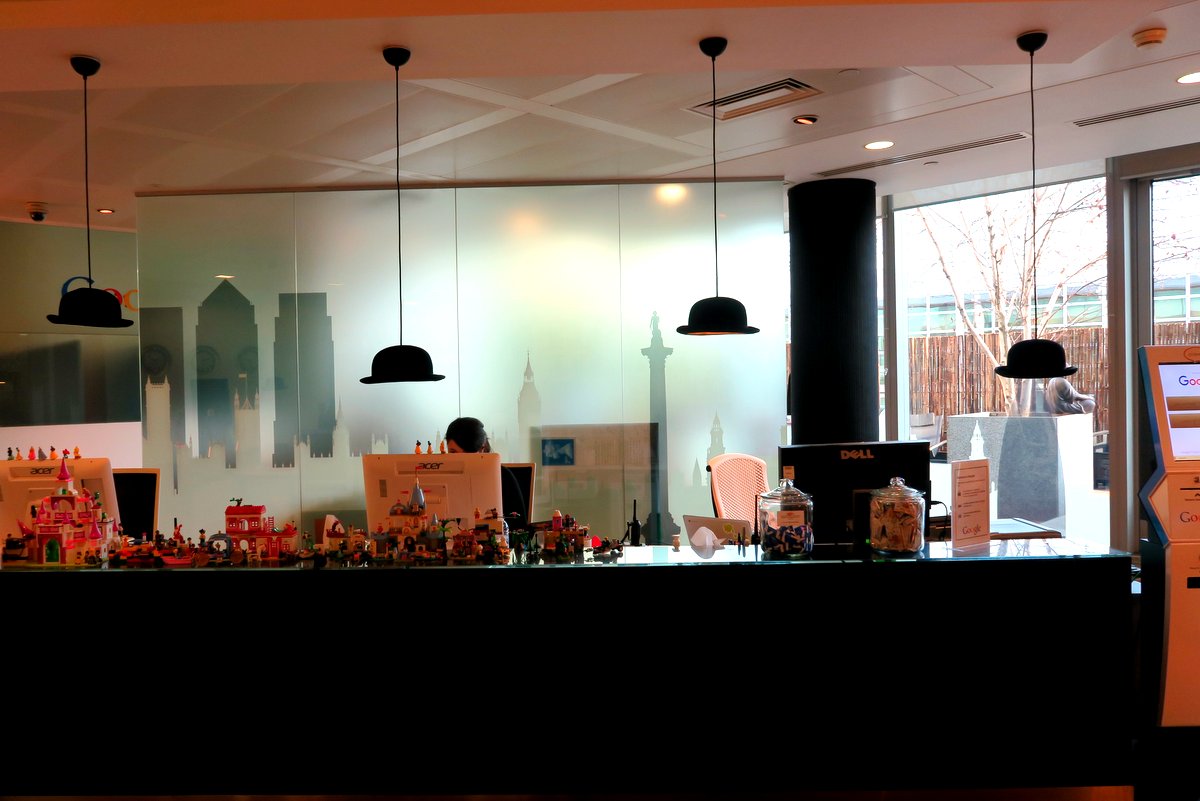 I dine in the dining room, and went to walk around the city. On my last visit to London, new double-decker buses. Double-Decker - a visiting card of the city, and every new model gets a lot of attention. 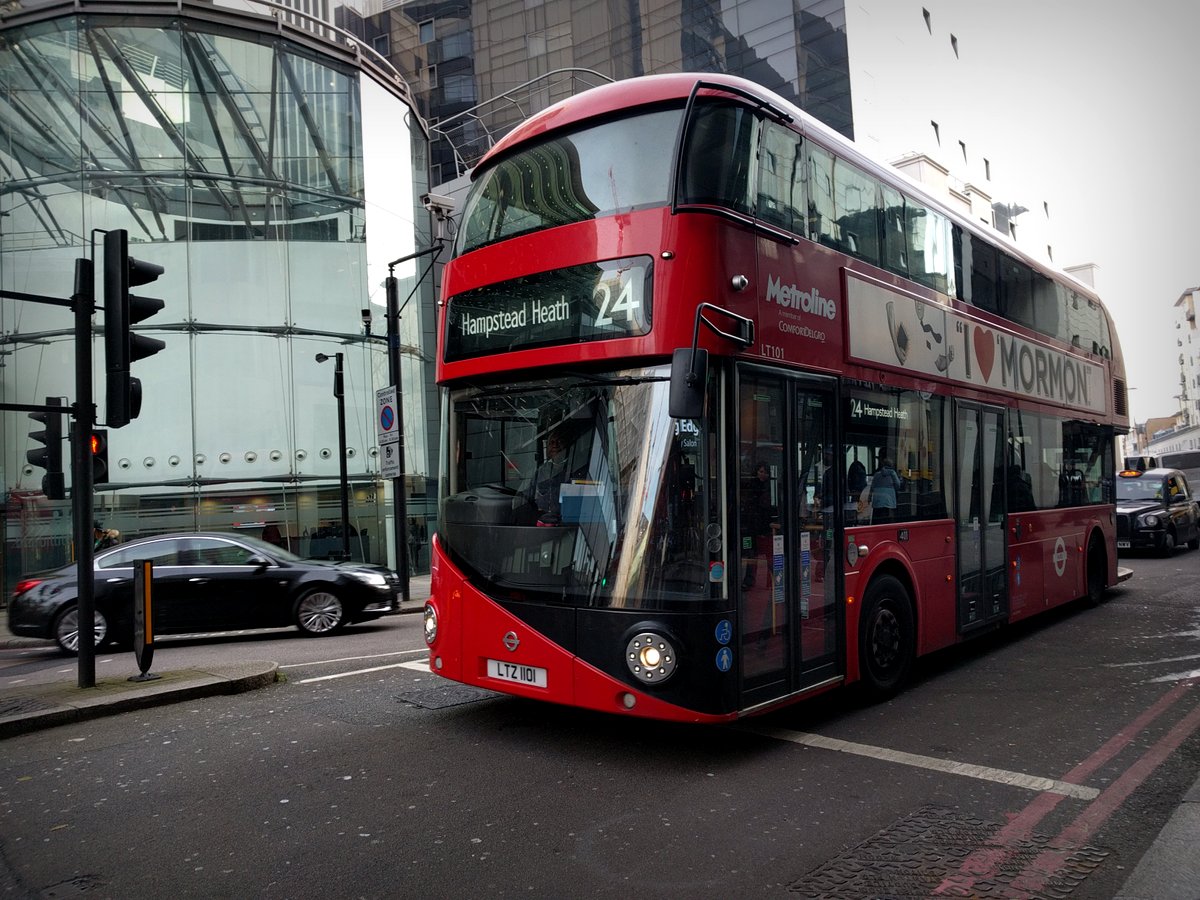 It is evident that in this generation of designers decided to abandon the sharp edges of previous versions. Prior to this, London buses were as follows: 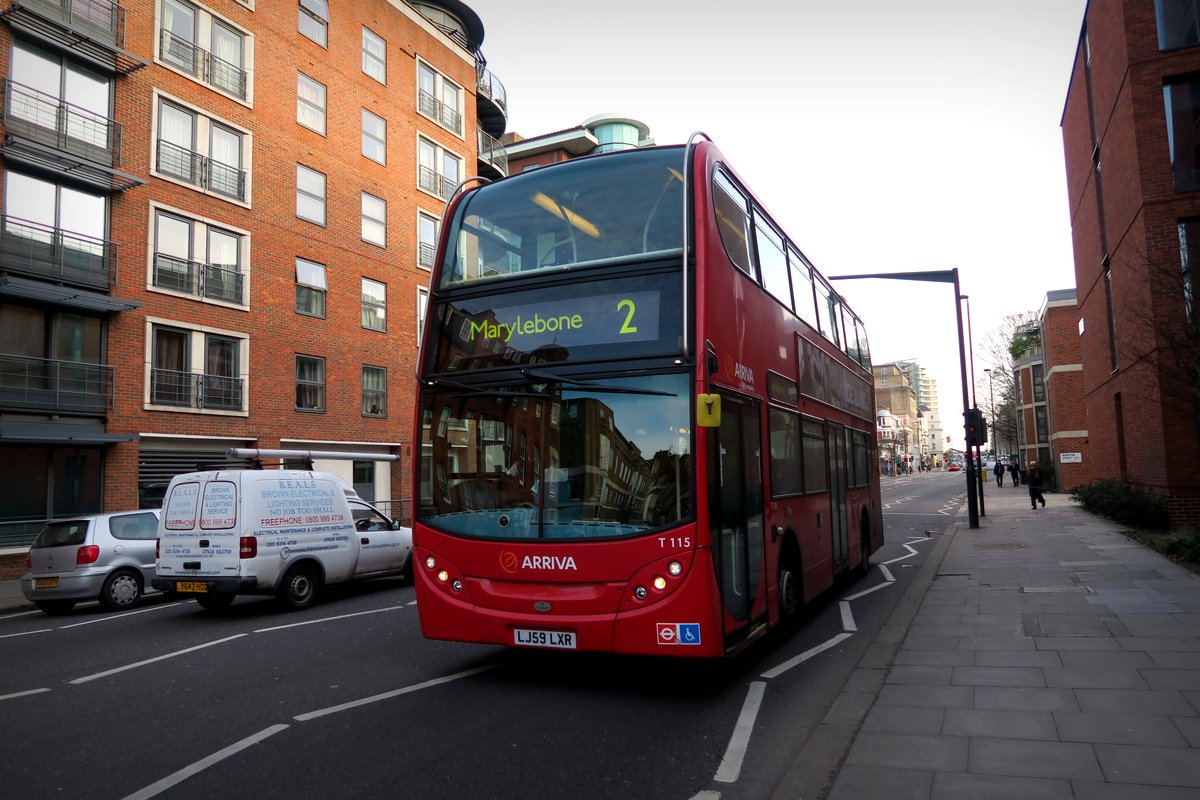 There is still a lot running through the streets, but the percentage of the new generation of machines is impressive (just for instance 30% - 40%), considering how recently they have appeared. Some of this is surprising, but in London there are also single-storey buses. Sam would not have believed it if I had not seen! Perhaps it is for suckers. 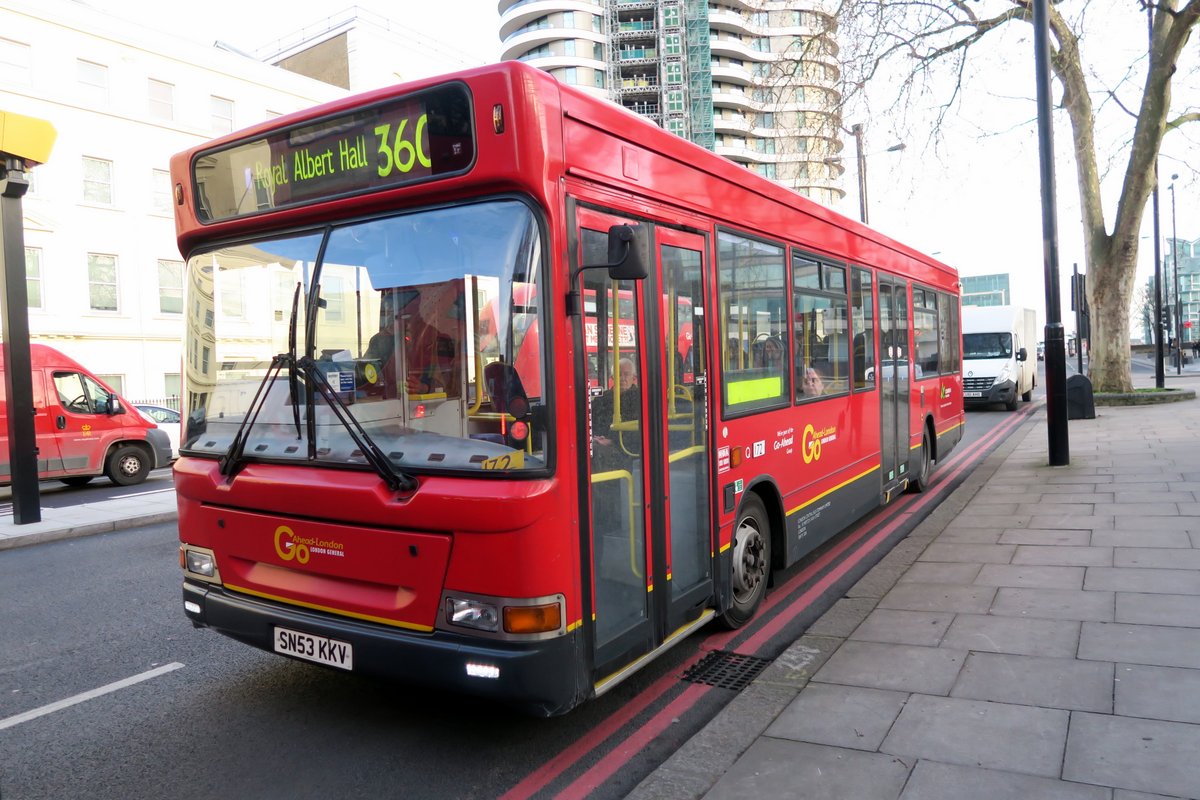 And yet there are a double-Decker-convertibles! 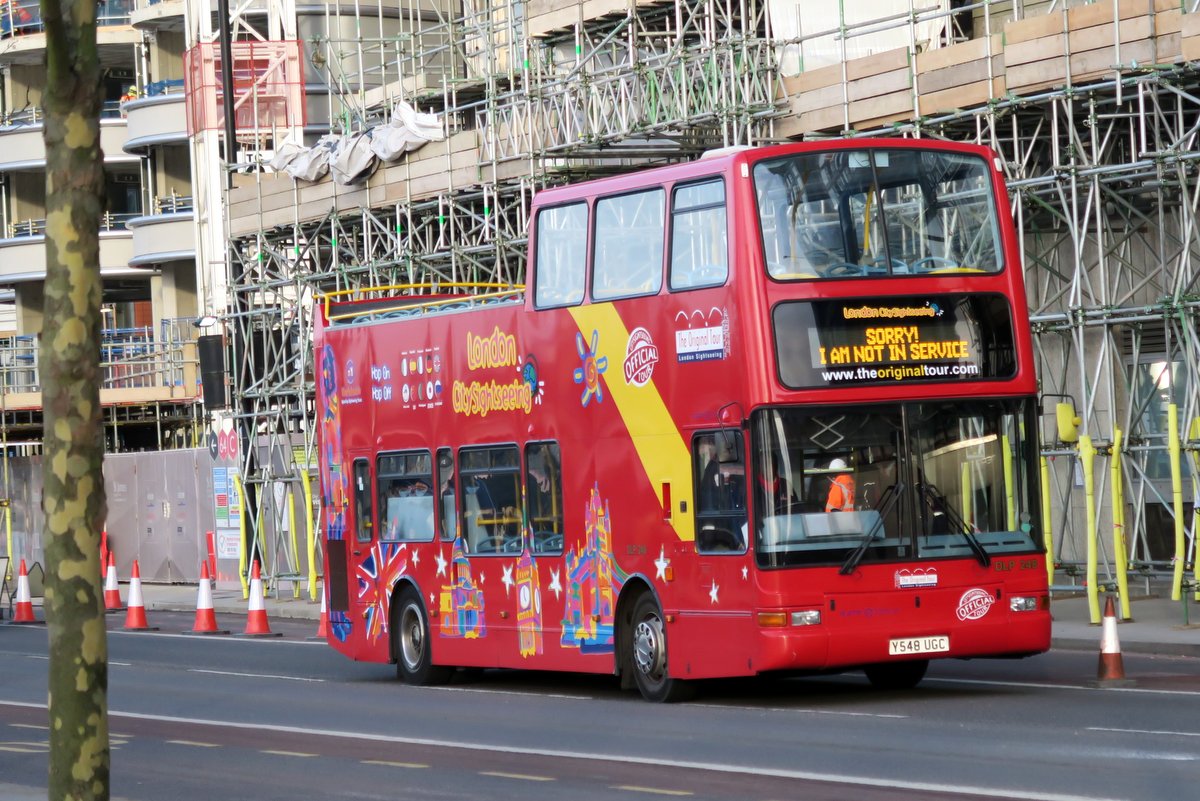 (No joke, this is actually an expensive bus for tourists. I rode on this back in 1999, during his first trip abroad.) London is incredibly nice, even in this weather. Most of the city is built up by old beautiful buildings. 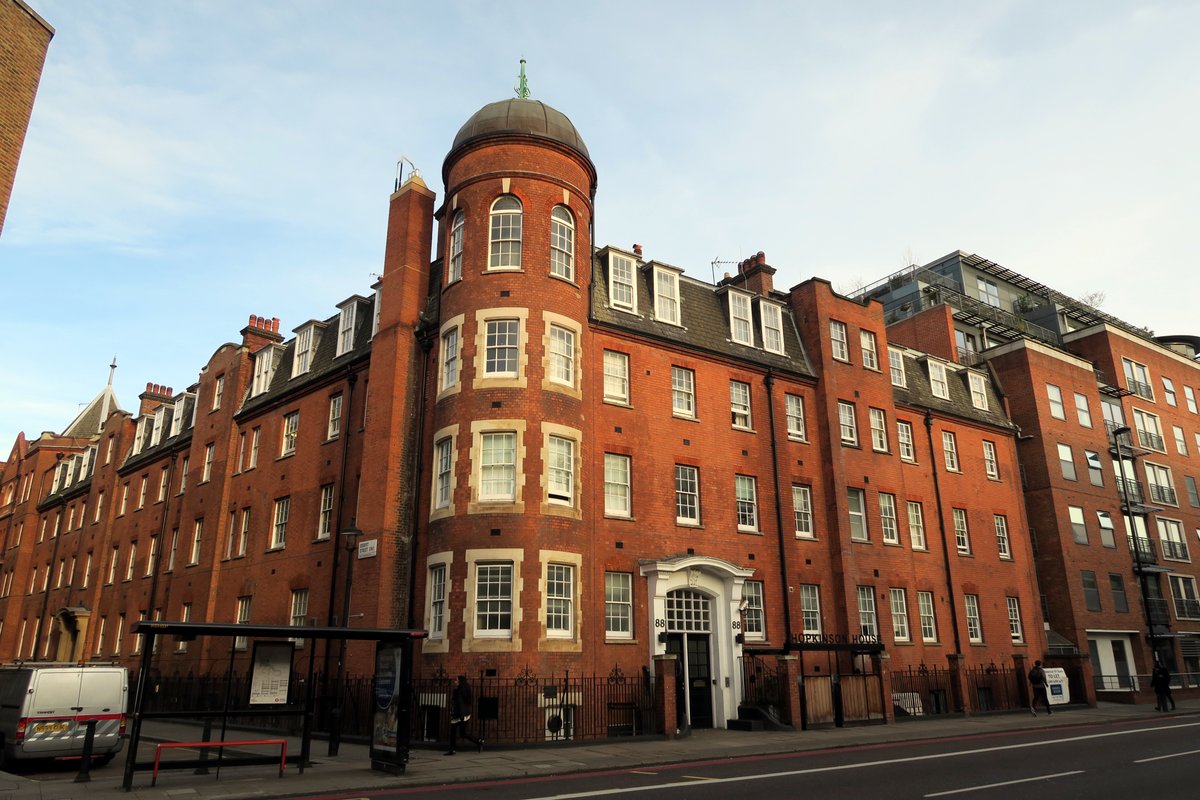 This station Vauxhall. It is up to its name in the Russian language it is the word "station" (you already know about this?). And you could not tell. Train station to call it extremely difficult - commuter trains stop here. 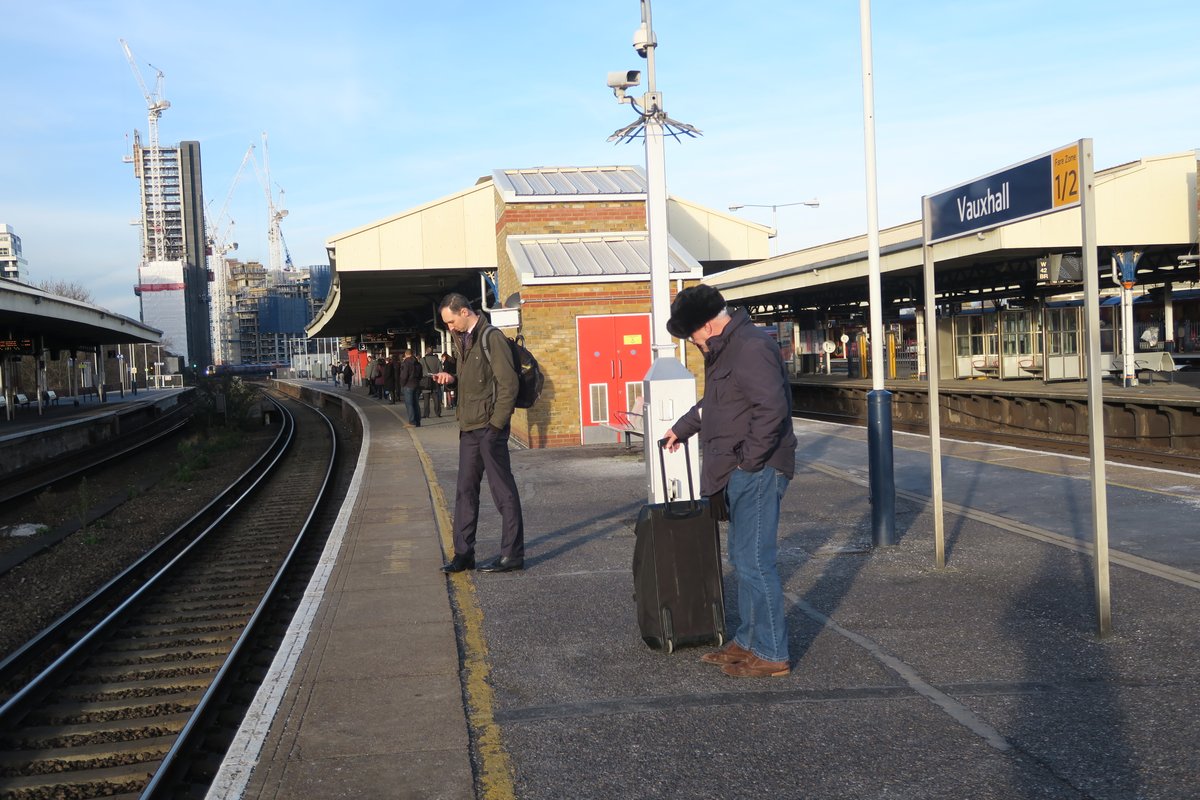 I went to the Thames - on its banks are the main historical attractions of London (and some modern). 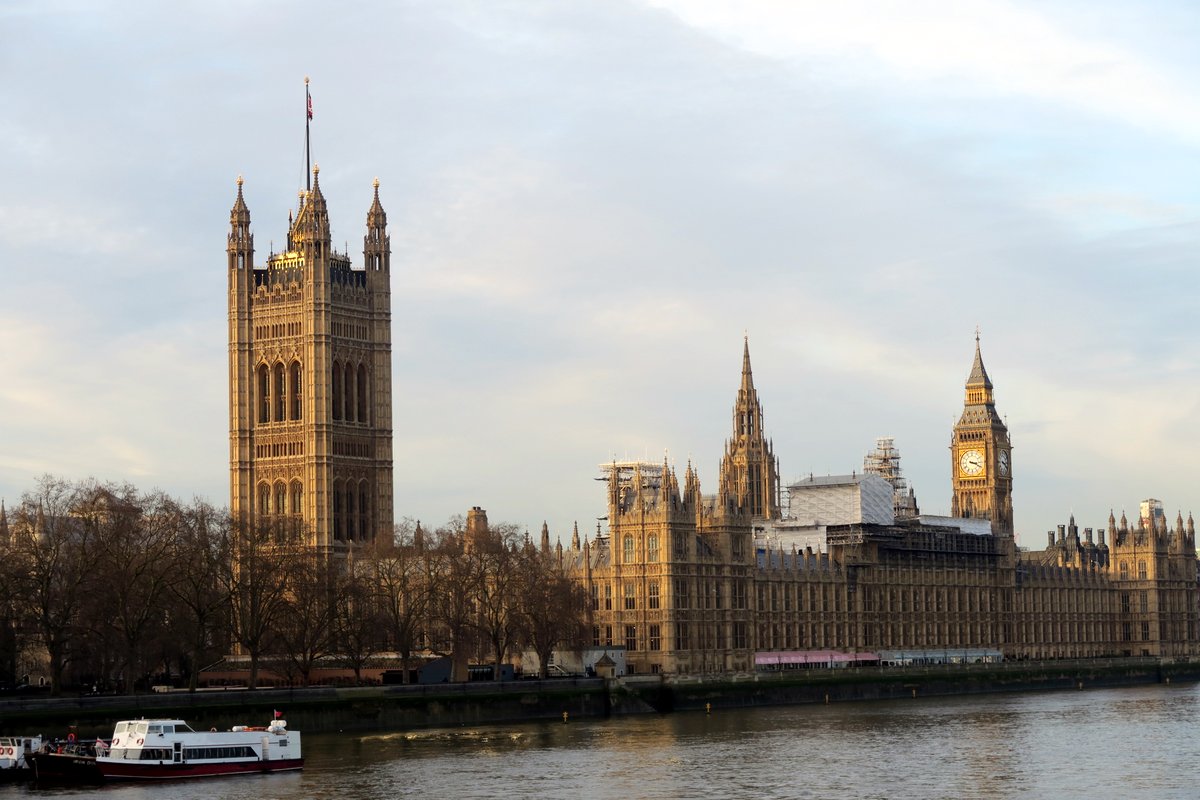 Big Ben. Initially it named as the largest bell in the clock tower of the Palace of Westminster (total of five), but this name has long meant the whole tower. 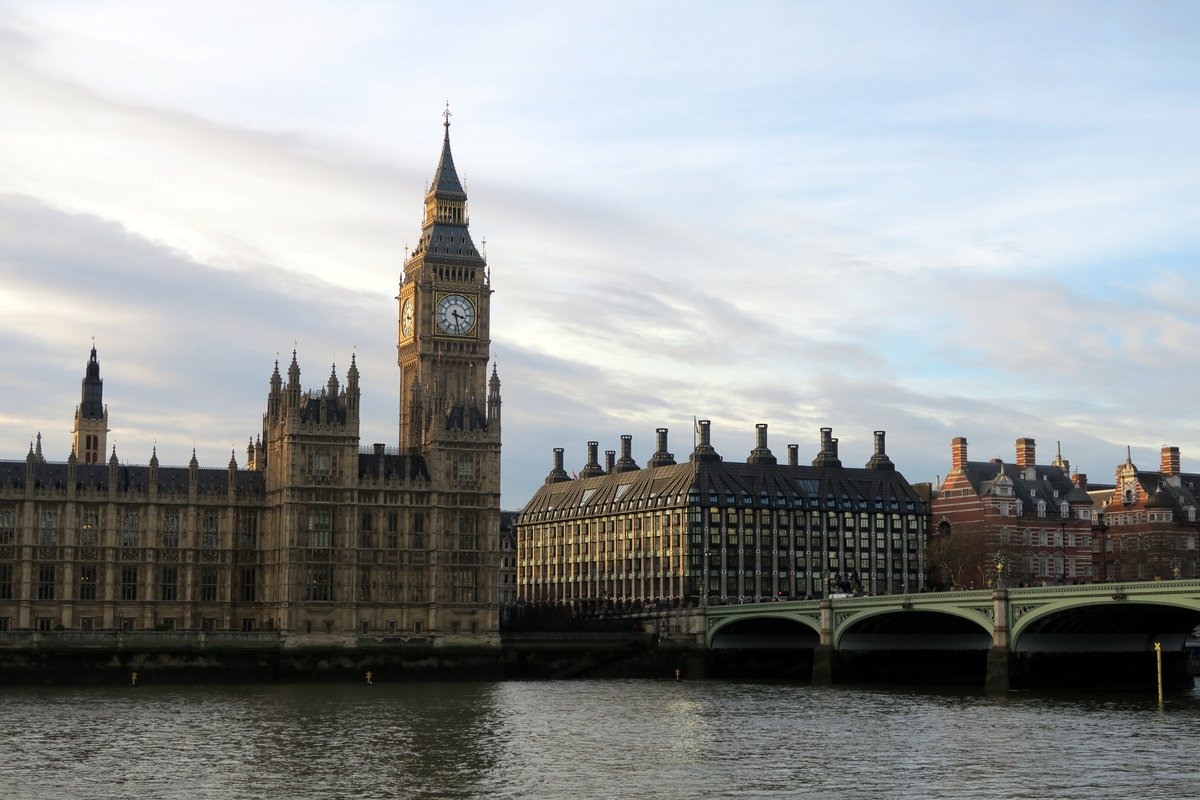 Beauty! I have long argued that the attractiveness of the city is directly related to the acuity of its roof. 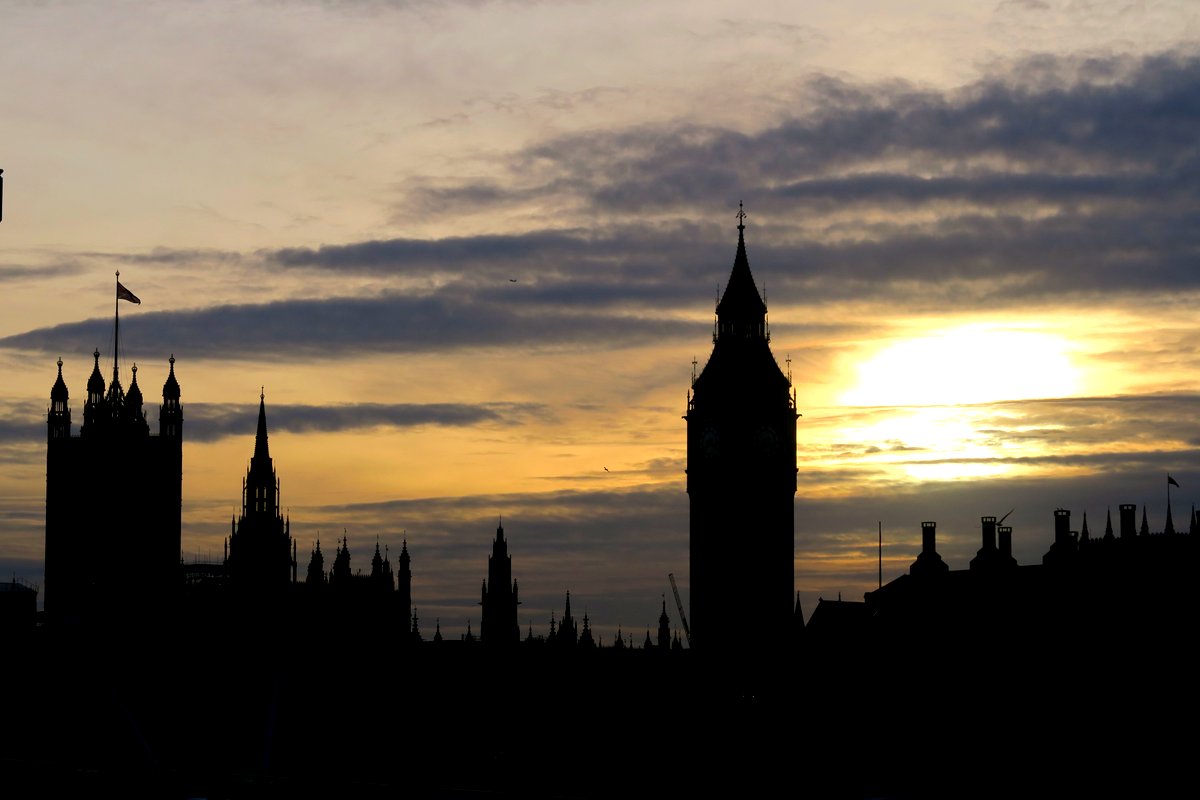 But the London Eye. Just a big Ferris wheel installed on the banks of the river. I do not really like. I thought I'd ride (with his fine should be removed unspoiled views of London Eye), but it was closed. 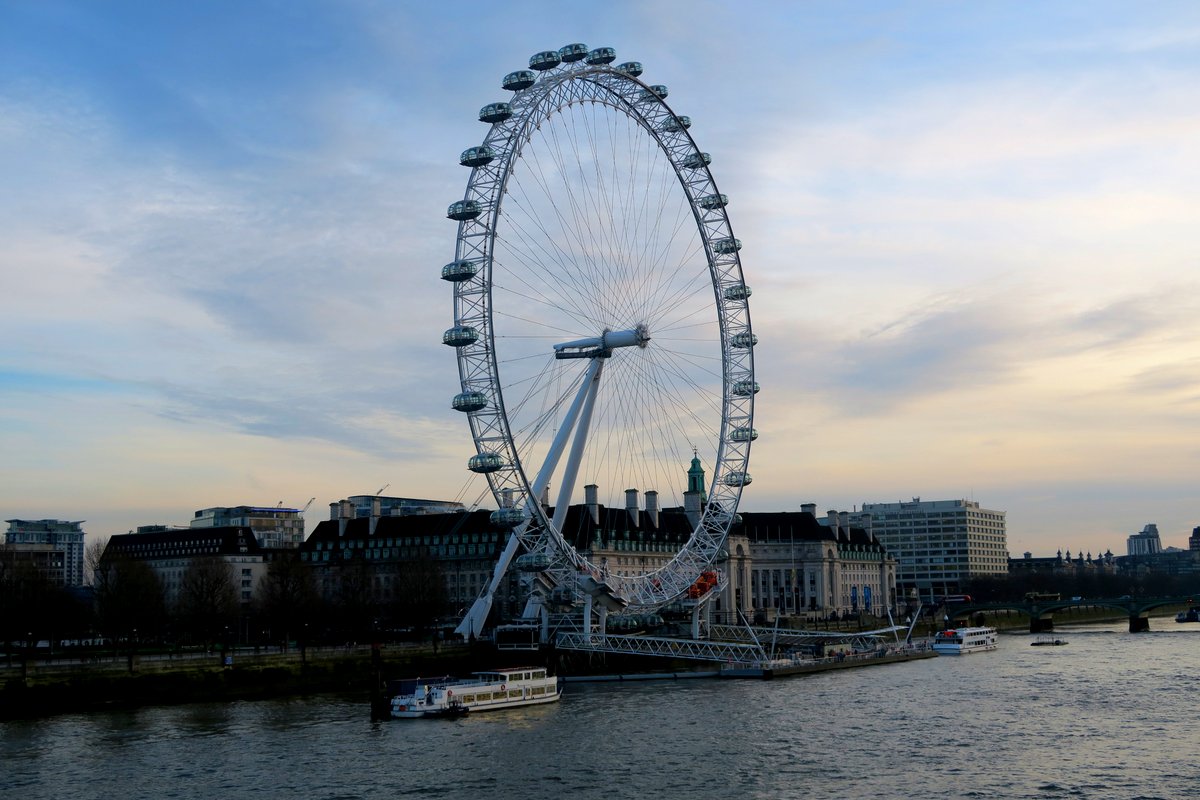 A bunch of the Thames bridges, you can constantly move from one bank to another. That this bridge only for pedestrians. It leads directly to the Cathedral of St. Paul. 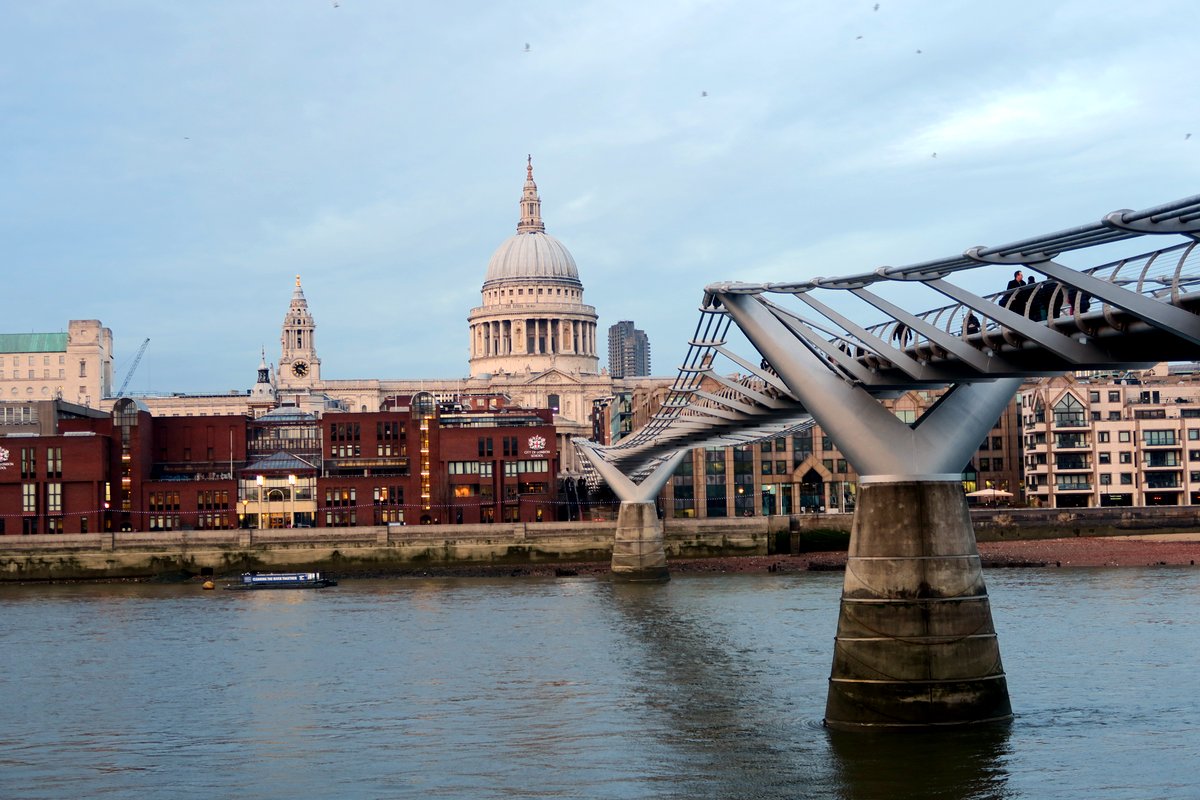 Opposite the cathedral - building of brutal Tate Modern museum. As for me, it looks like some kind of industrial crematorium. I used to think that a museum outside interesting than inside, but Tate - perhaps an exception. That is, I was not inside, but it is difficult to assume that there is less interesting than it is . 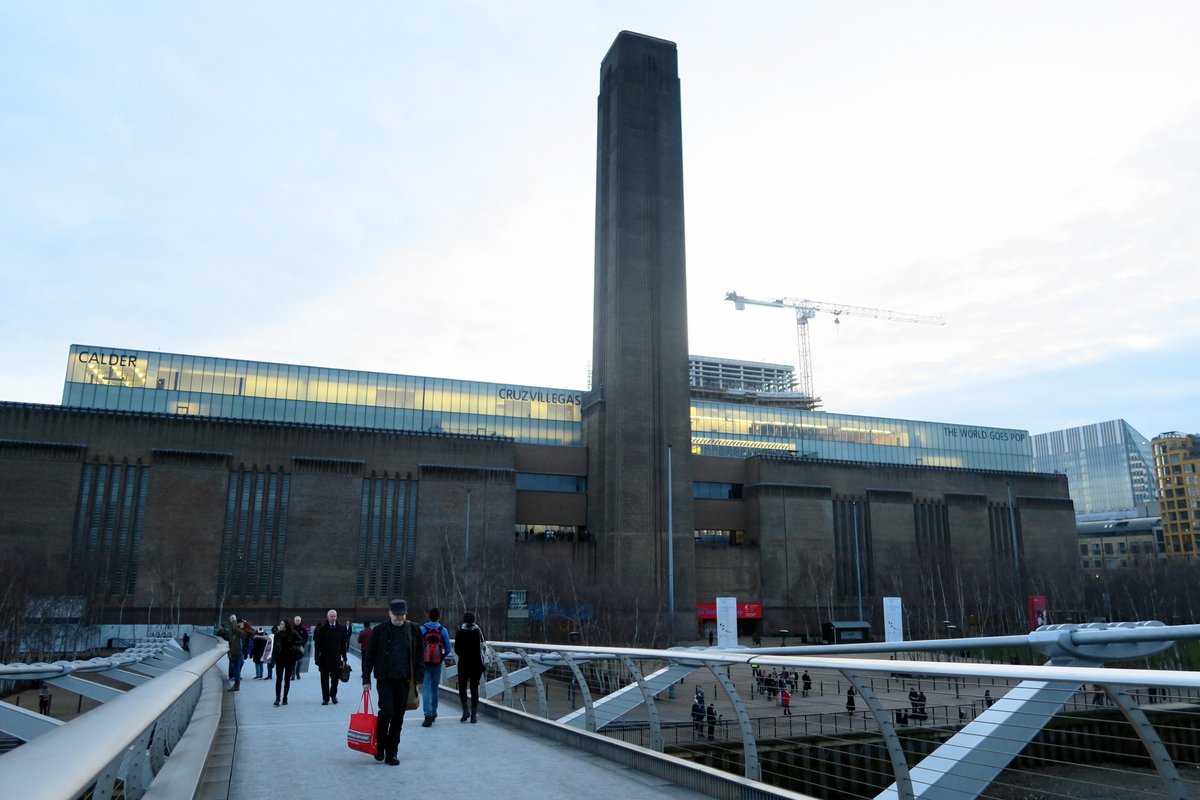 But right next to the museum is a theater The Globe, which staged his plays Shakespeare. The building certainly looks pretty restored, do not know which part of it really stayed with those times. 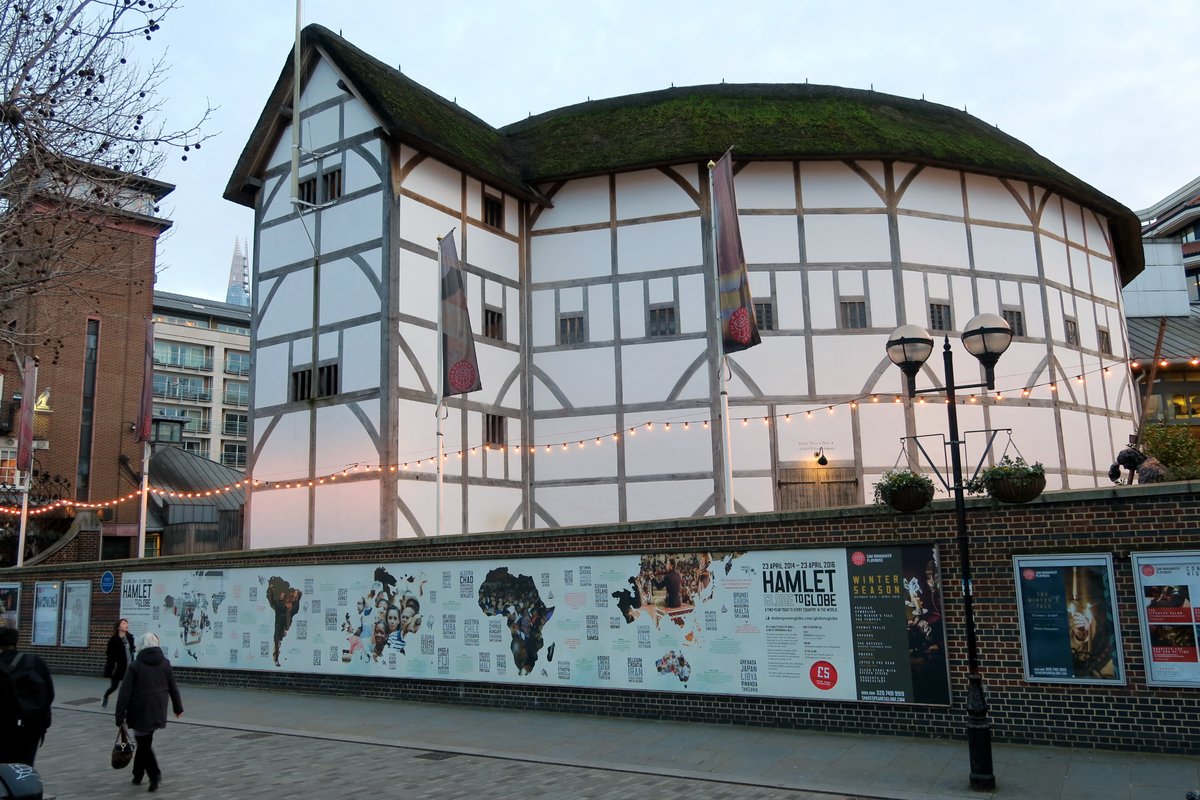 Here, the famous London Most.Ne what you expected? Many people confuse it with the Tower Bridge (which is a beautiful turrets). But London is very simple. 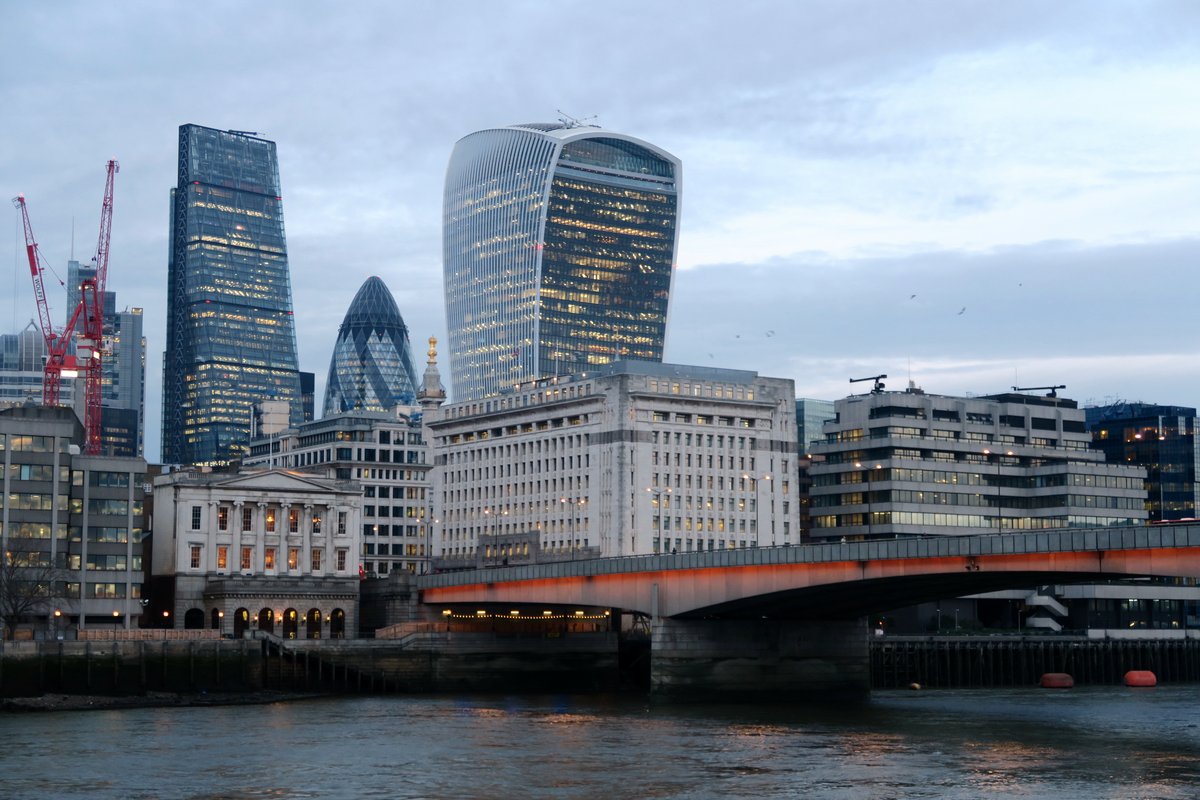 In the 1960s, an American businessman bought the previous London Bridge, which is going to demolish to build a new one. He paid $ 2.5 million. On the way home, it's time to file a tax return, where he was asked to list all the expensive acquisitions abroad. He honestly wrote: "London Bridge is one thing." And so say buying this bridge, he also thought that paying for more recognizable bridge "with turrets." He himself however this version denied. Subsequently, the old London Bridge was dismantled into individual stones, and transported to Arizona, where it is re-assembled and used in order to attract buyers. A large square building in the photo above - new skyscraper Voki-Currents (he reminds form radio). A couple of years ago famously sfokurisoval its concave shape of the sun's rays on the outside, expensive and refined piece of a parked car. Architects stupidly did not think that a beautiful glass facade will play the role of a magnifying glass. Since znad change shape at that time it was too late to Toki Voki-attached a series of exterior cornices, blocking the reflected rays. But very nice decorated archway. The LEDs on the brick vault shimmer like fireworks patterns. Rare case where LED color decoration old object. 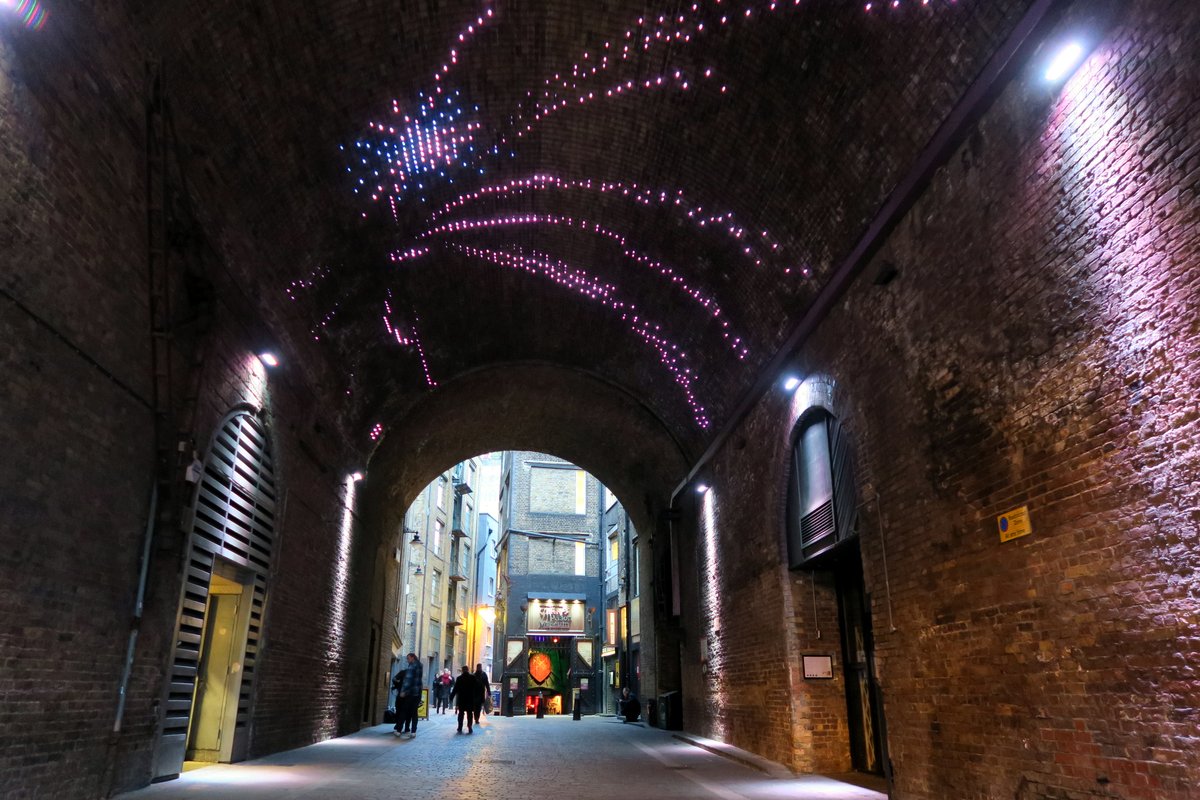 Ship painted graffiti. I like this had ever seen. Walls - as much as necessary. Wagon Train - please. But there were no ships. Embellished by some steampunk. The idea is better than the execution. 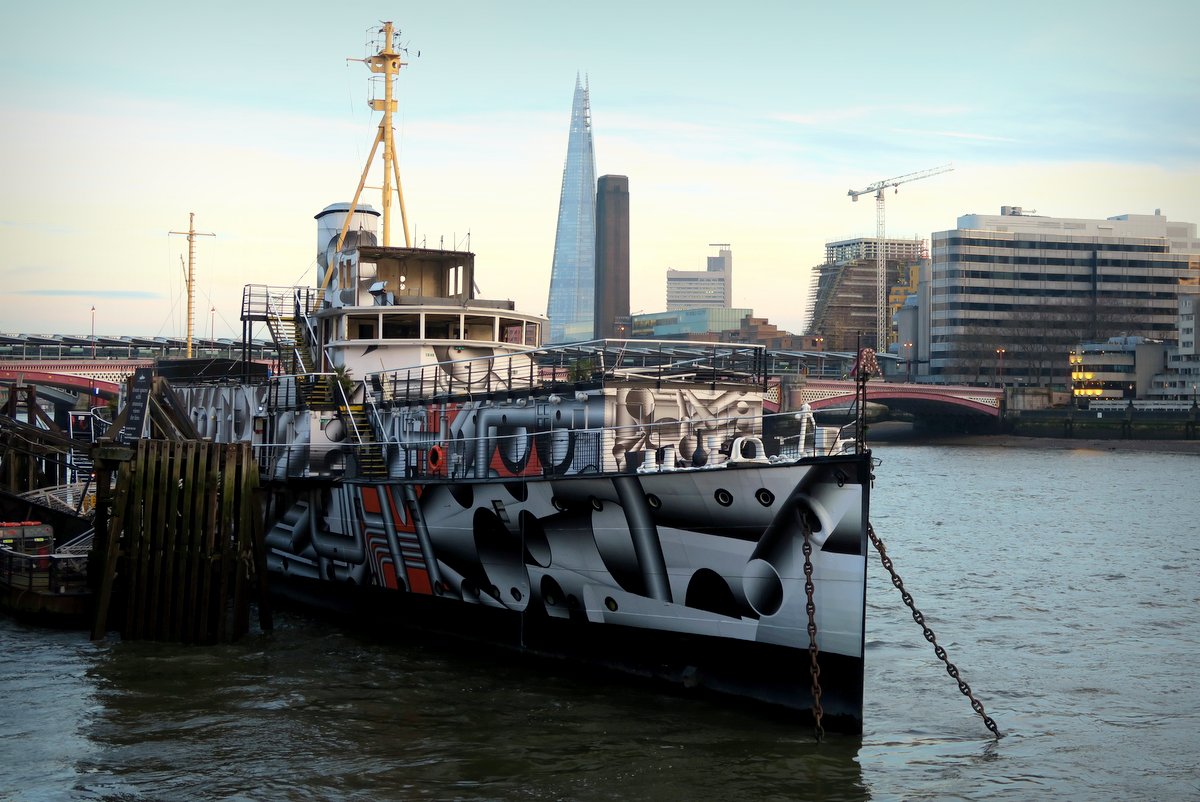 And what is this crap triangular towers in the background? This skyscraper The Shard ( "Remnant"). Completed in 2012 nebosrёb rises to 309 meters, making it the tallest building in the European Union. 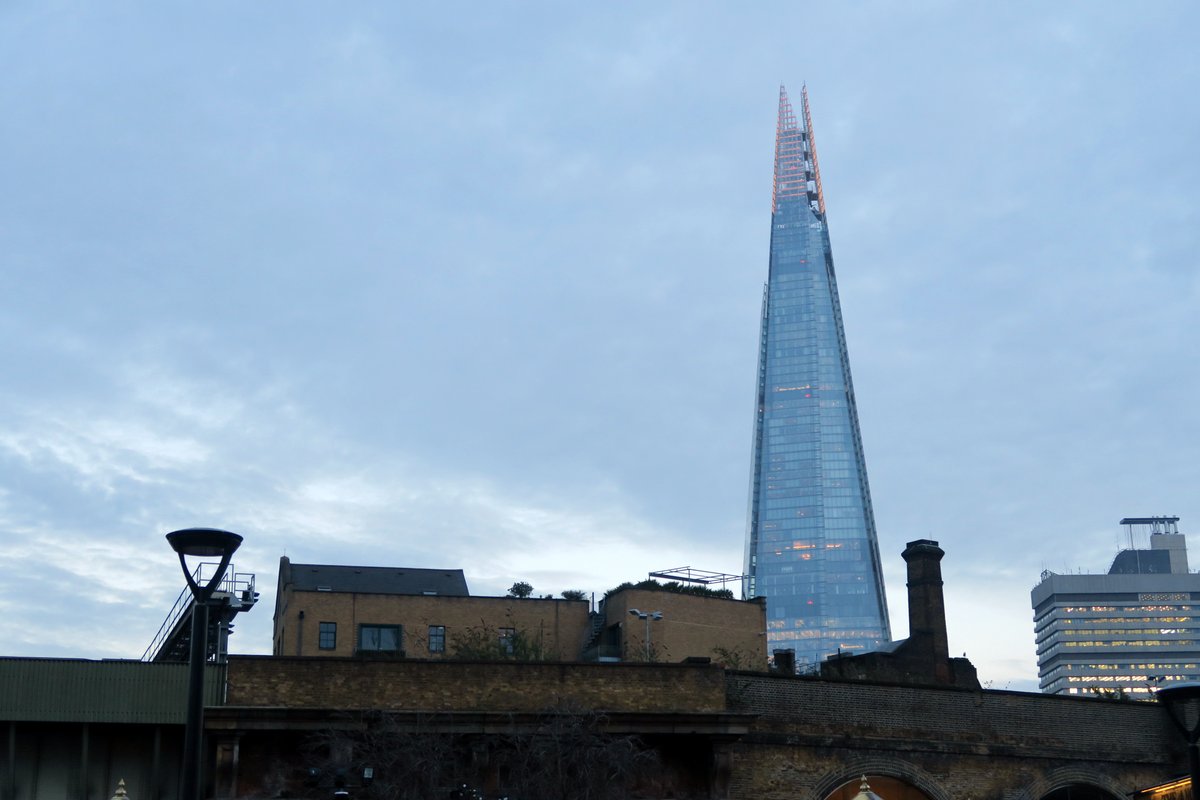 I can not say that I liked him - strange bar at the very top like a scaffolding, which is why the entire skyscraper seems incomplete. But since it is "the highest in the ..." crap in the immediate vicinity, it is necessary to get it and look around. (Not for nothing in my journal has devoted an entire tag towers!) Upstairs Remnant is an observation deck. It is not cheap at all - to get here is 31 pounds (about $ 43). 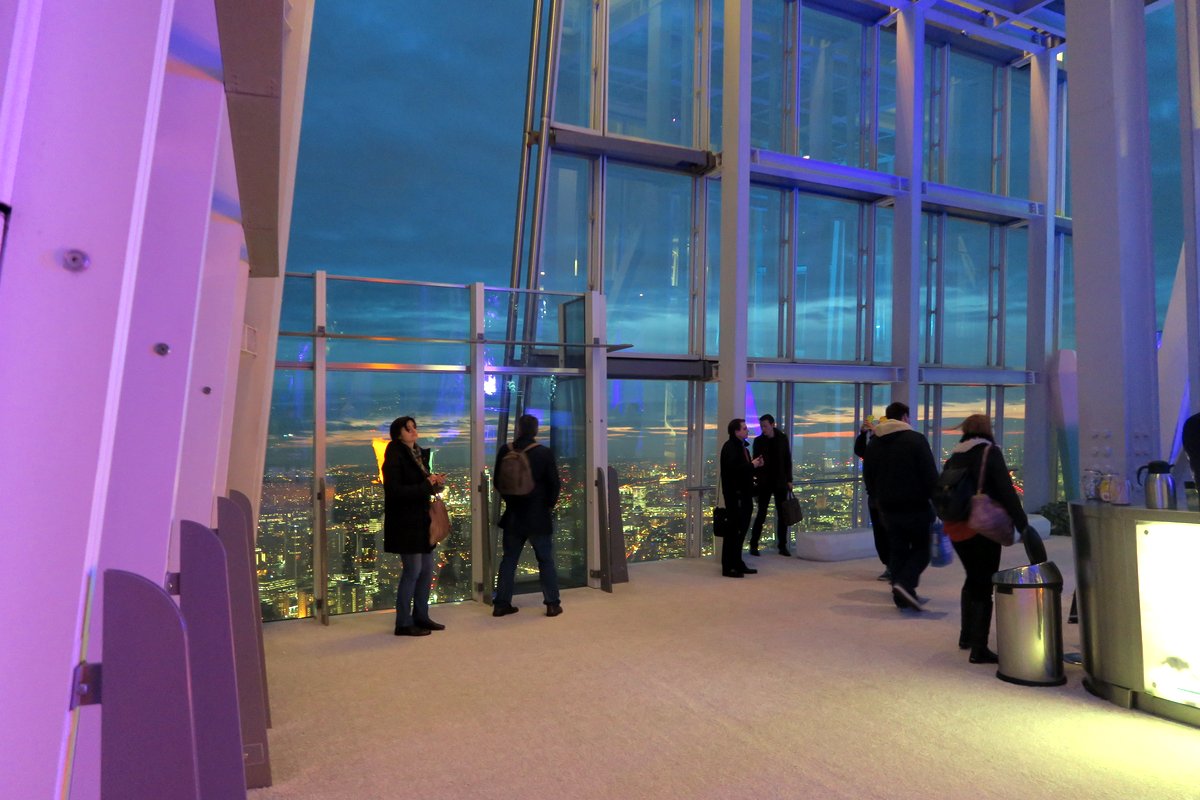 But the view from the top absolyutno excellent. Since The Shard is the tallest structure, nothing closes the views of all 360 degrees. Main picture for this post is made ​​out from the top. I wish I was there already subwords sunset. The observation deck the way I liked it more than the skyscraper. It is nice, and stick to the surrounding city. There is also a bar. You can take a cup of coffee (like me) or something stronger. 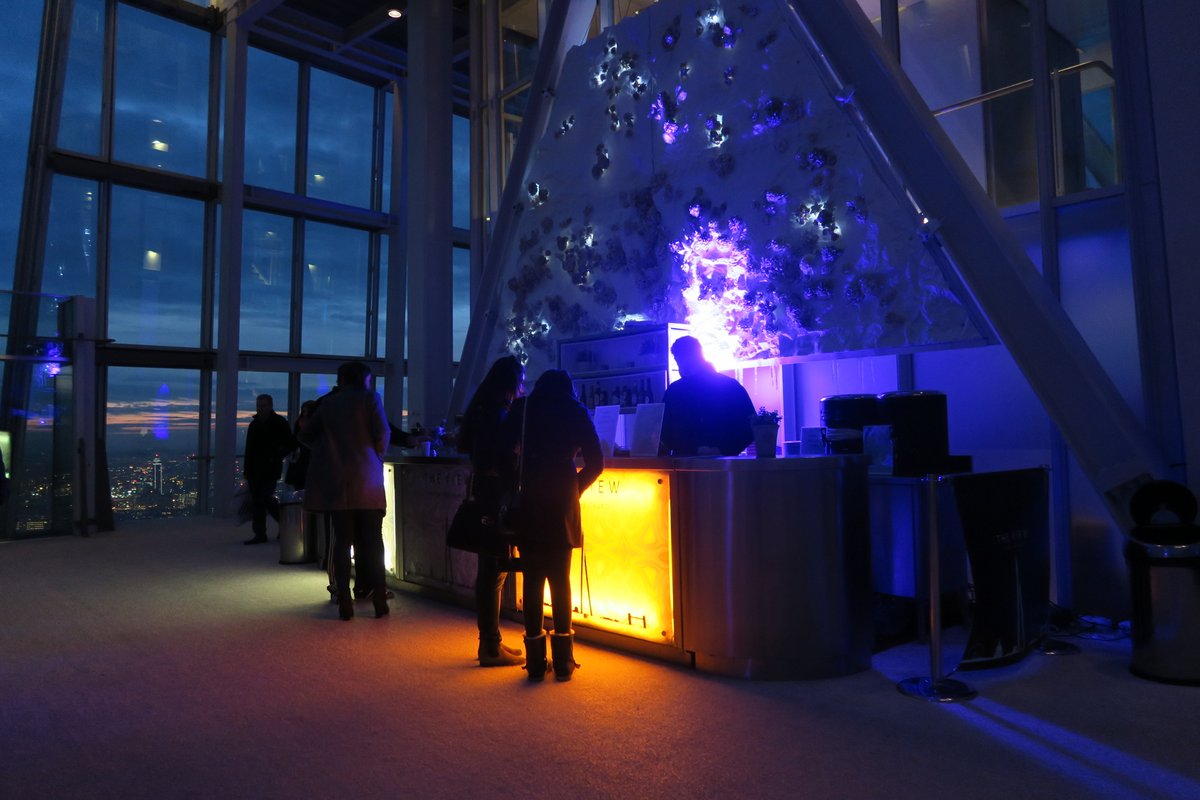 It is a pity that I did not have too much time to sit upstairs. And cold out there. We had to go back to the airport. On the way, managed to photograph Tower Bridge - the same one that "with turrets." 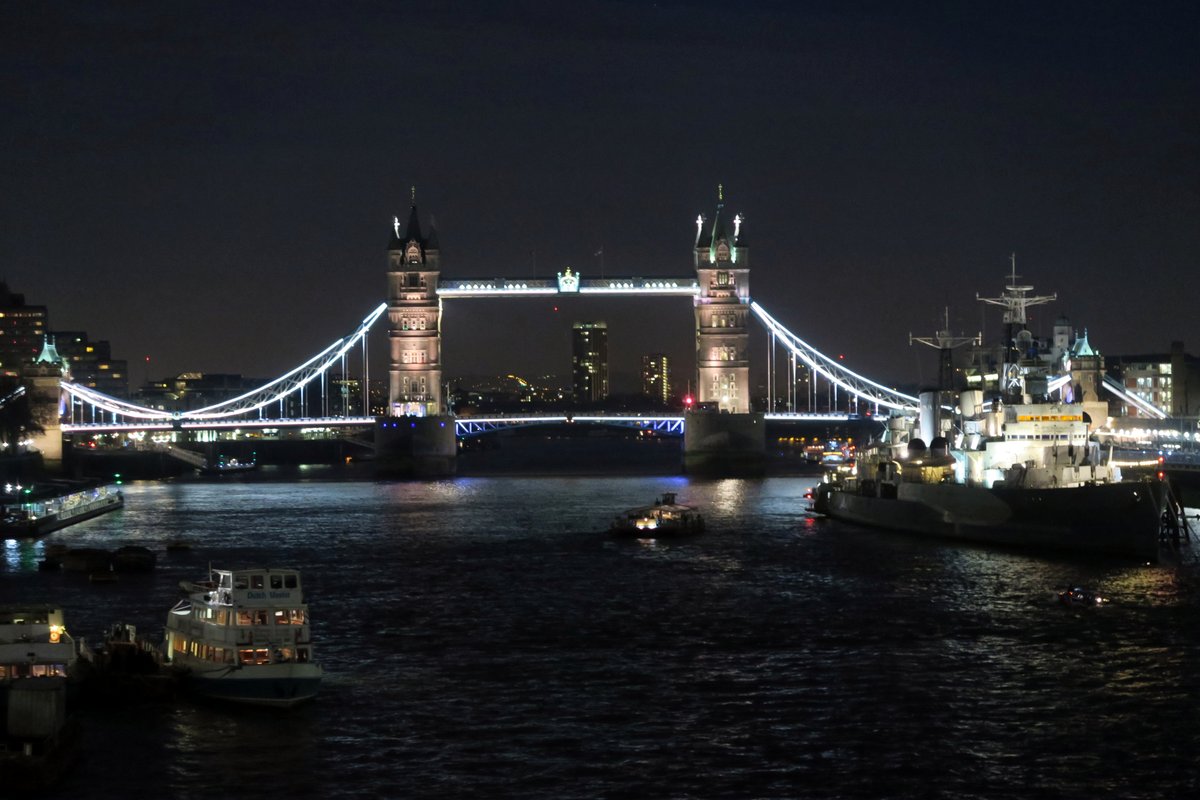 Honestly, you knew before, which of these bridges what? A good city, London. But I have to go to India.
Author: levik