London, film of our memory

"London is the Capital of Great Britain" - we remember from school lessons. London - the capital of the Kingdom and the capital of the Queen. The city - a magnet. The mysterious and enigmatic. City, affects the fate of Europe and the world at large. 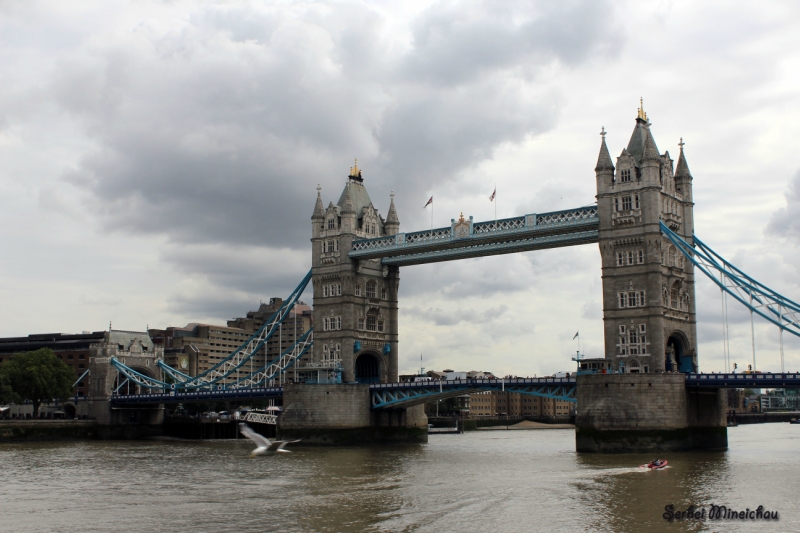 City burned nearly to the ground, and again risen from the ashes like a phoenix. City - politicians and just a city, with its joys and concerns. 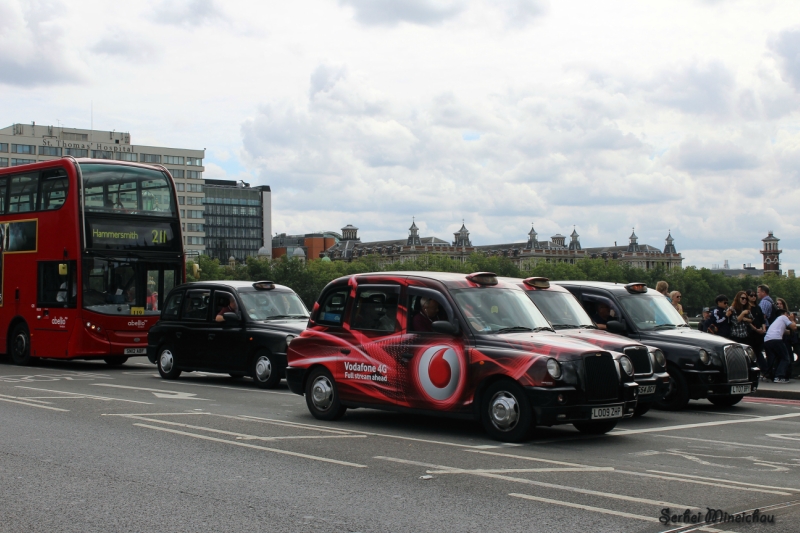 Londinium - "settlement on the river pours." Perhaps that is interpreted as the name of London in the days of its founding. Romans needed a military base. River Thames blocked further way to the north. It was chosen the place where the river was narrow, to build a bridge and a rather deep for the passage of ships. 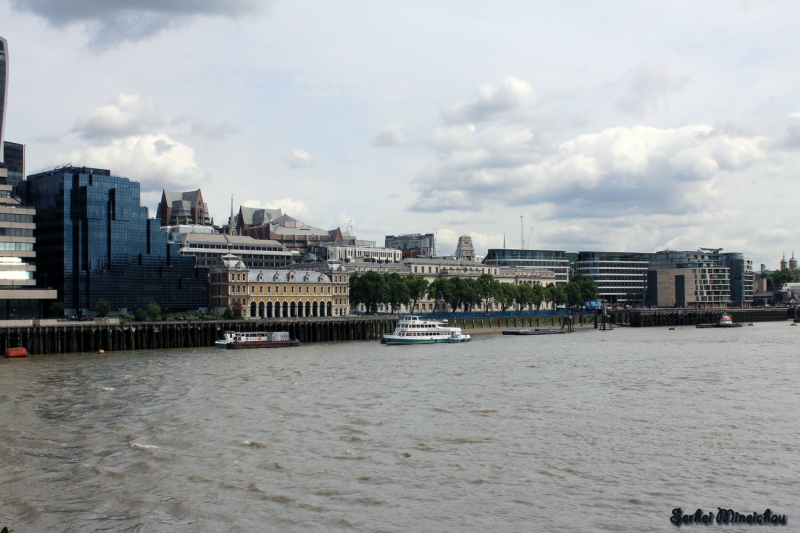 Personally, I have to travel to London caused a twofold sense. I'd like to put aside the various political motives, and see the city, which did not even dream of visiting. Just London. London with my own eyes. 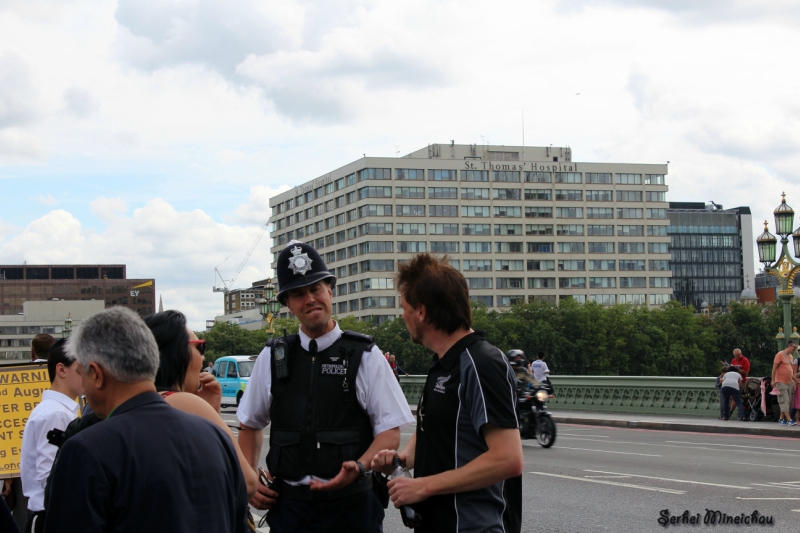 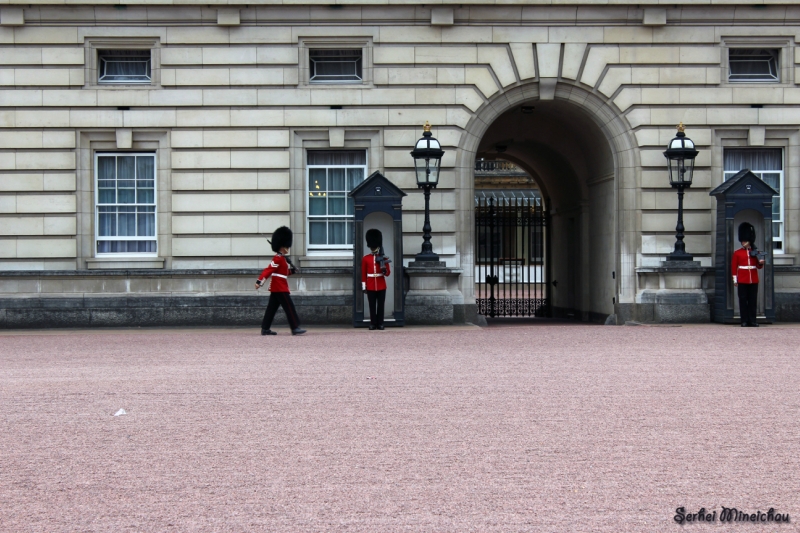 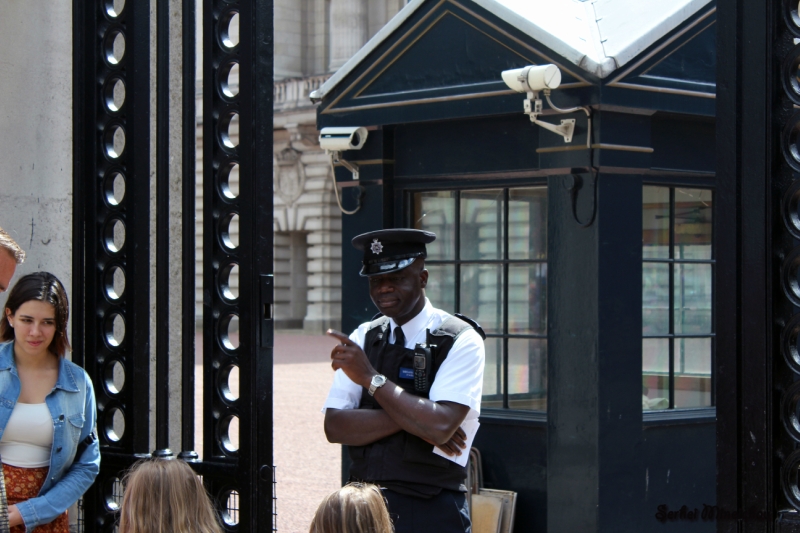 Arriving in the city center, the legs themselves, somehow run to Tower Bridge - one of the characters not only in London, but the whole of the United Kingdom. 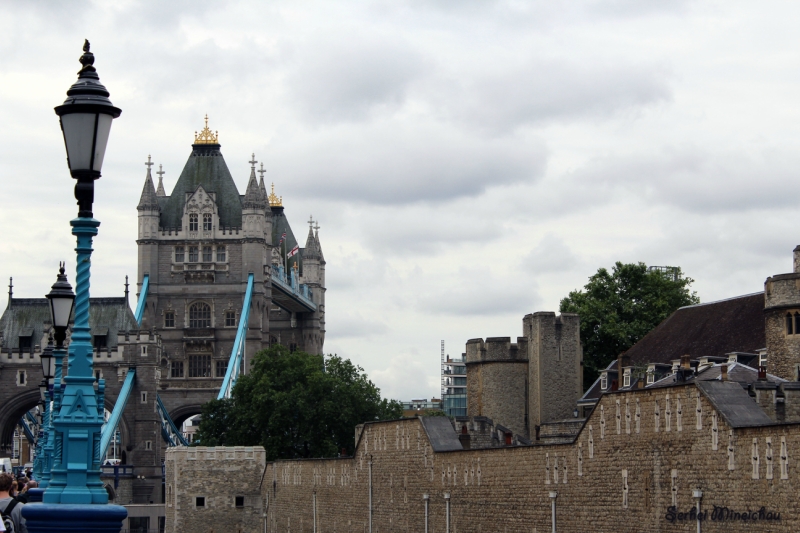 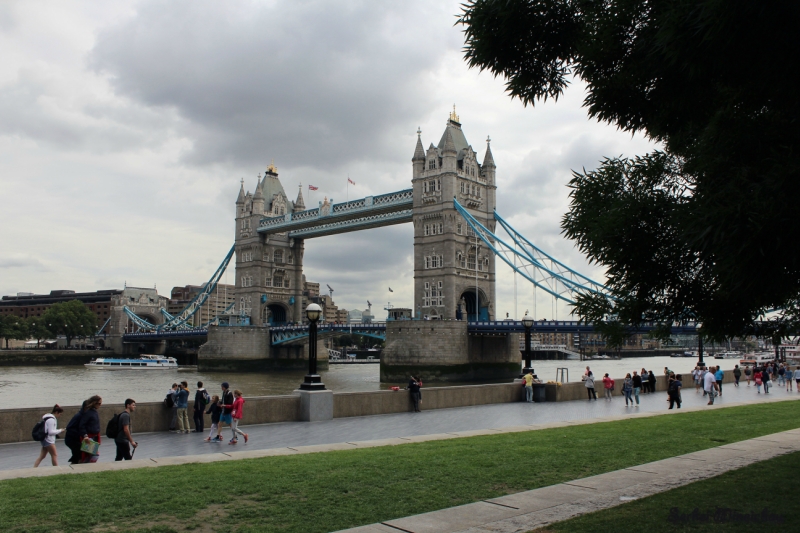 The constant presence of a certain feeling of unreality. This does not happen with us. This is a movie. 9D - format. The eyes see - the brain does not. 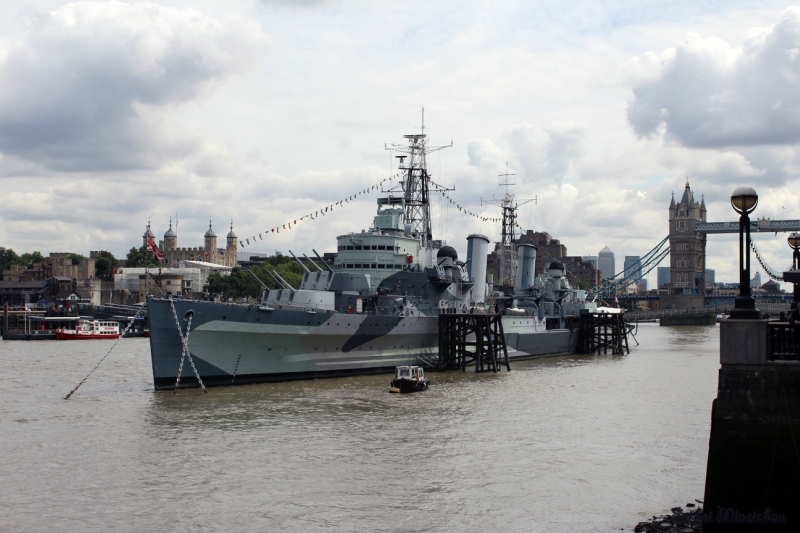 What's next? Metro station «Westminster». And there again, the movie. Let's go? 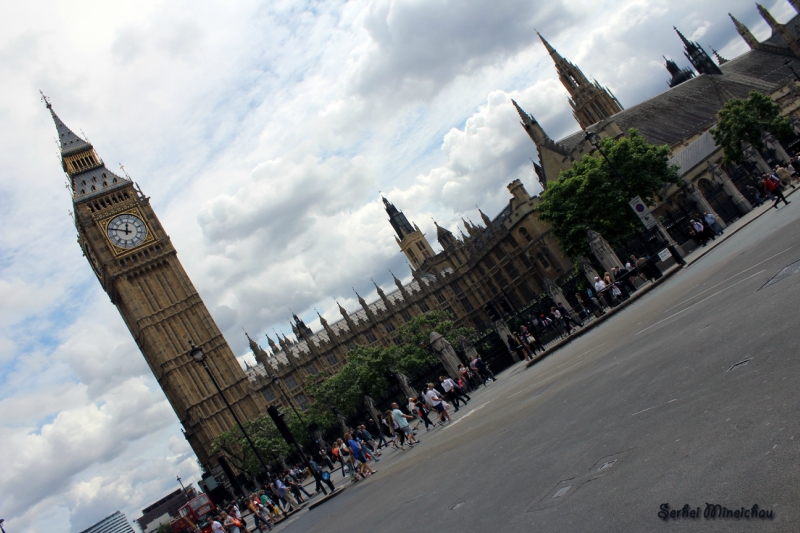 "Why so?" - You ask. Frankly, hand joy shook brain refused to take a picture, "Big Ben" constantly "collapses", so something like this I saw another symbol of London.
"There is nothing more permanent than temporary" - came to mind the proverb when we saw the "London Eye". 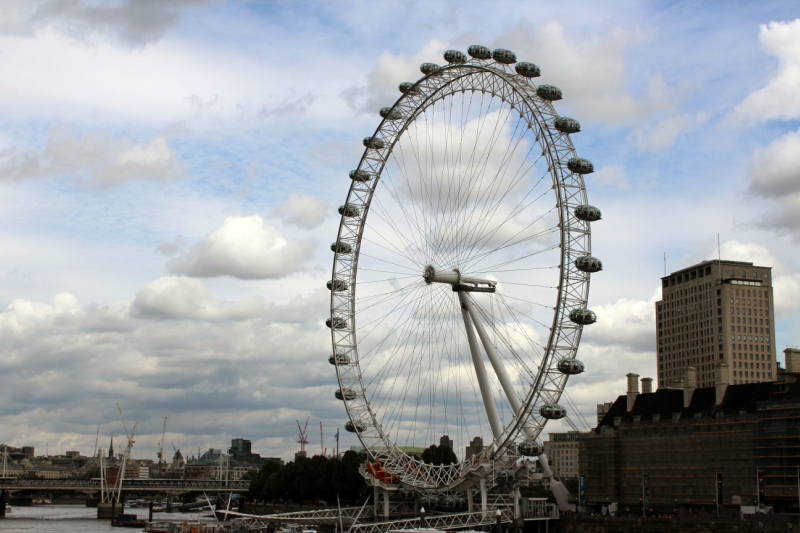 Experimental temporary structure has already become another symbol of London, and happy for 15 years, probably, not only many tourists but also the owners of this attraction. Believe me, not cheap.
"Squirrel sings songs to all nuts chewing ..." - in front of Buckingham Palace, there is a park and trees in the park, and on or in the trees live here are God's wonderful creation. 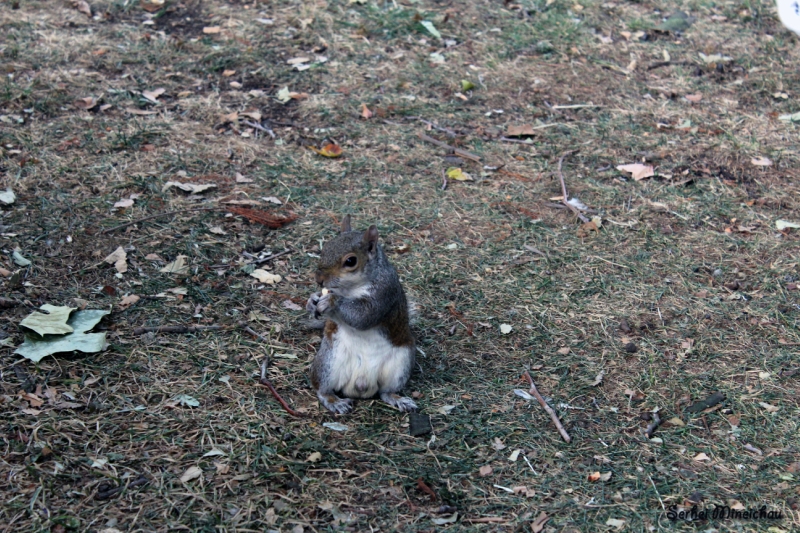 And here is, the next character. 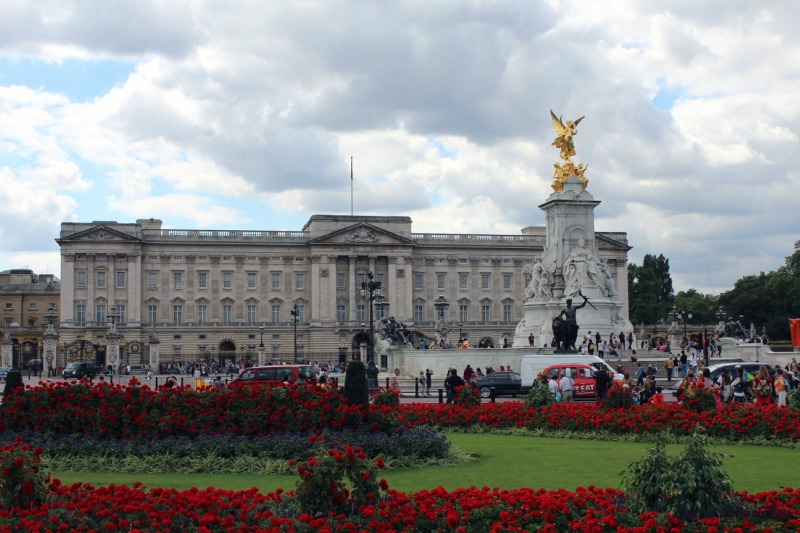 Buckingham Palace - the residence of Queen Elizabeth II.
Cinema is without a break. Every minute, some frames are replaced by others. 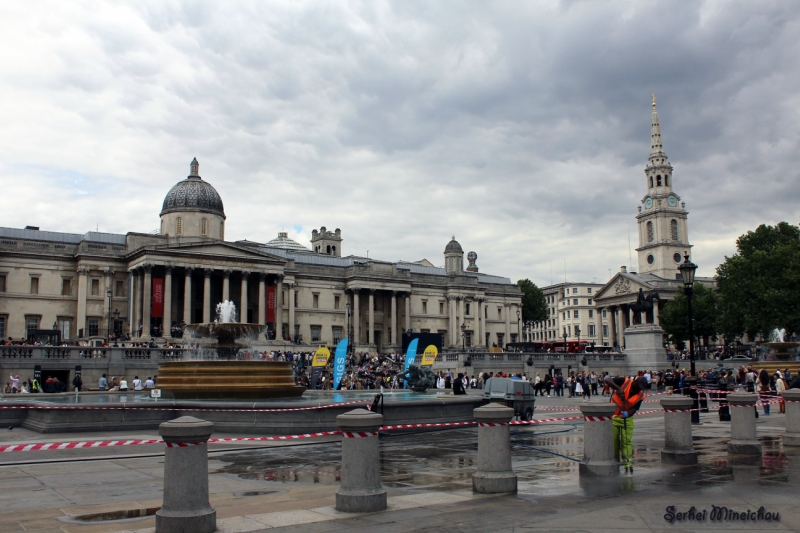 Our film stood in Trafalgar Square. Lights light. The audience slowly begin to leave the room.
Wait! Please one frame, another symbol. 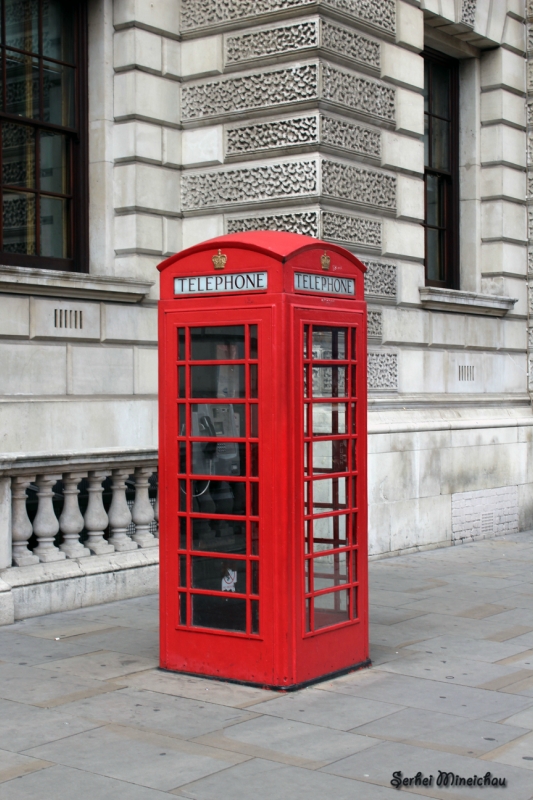