For me, England - a sample of the country for the people. Here everything is done so that it is convenient and pleasant to the entire population. Should at least look at the Parks and Recreation English. Tell and show what he could impress during his training poezka in 2010, southern England.   Beachy Head (Beachy Head). Located on the outskirts of Eastbourne. Alerted that there is no fence at the cliff. But there is nothing stopping to enjoy this natural wonder. It is a popular picnic spot. 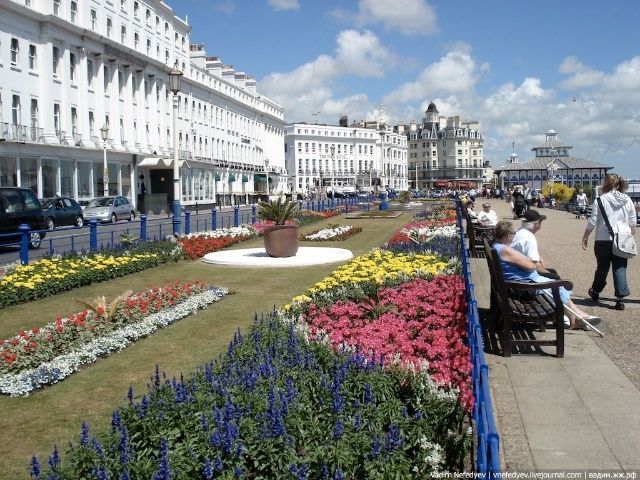 View of the city Isborn. The beaches are empty, because the water is quite cold. People come to the beach just to spend time in the sun. Few sunbathe or swim. For one look at the lawn. And it can even walk! In the distance you can see the pier, the most popular place in the city where there are casinos, clubs and a few souvenir shops and snack bars. 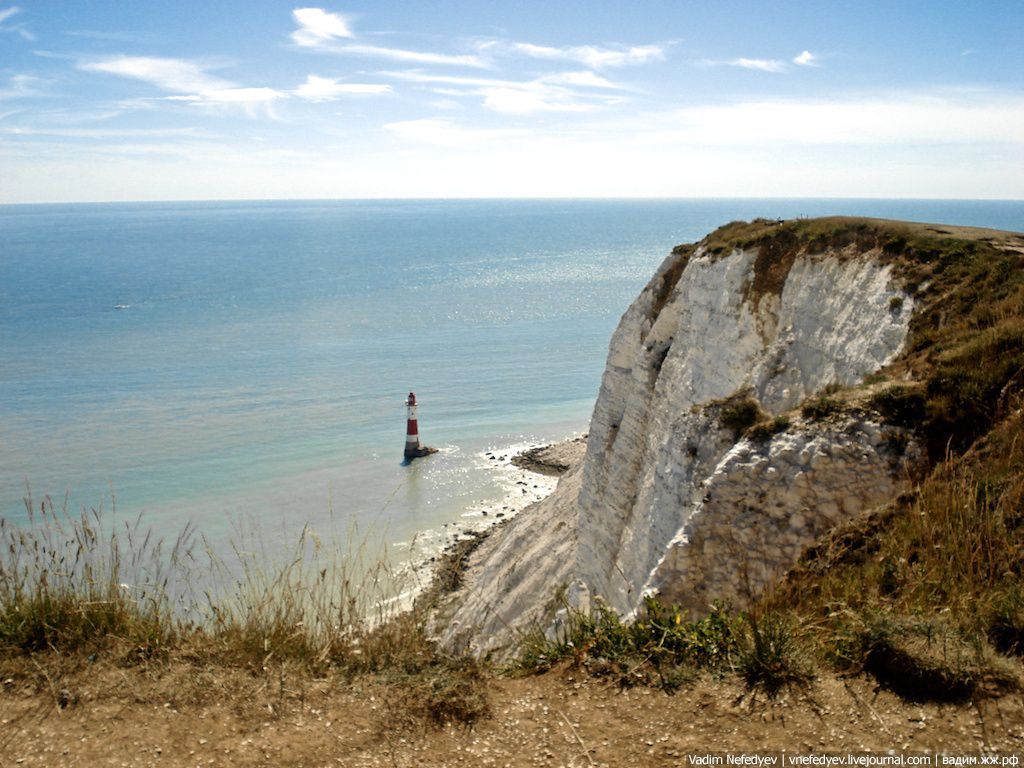 The game "Find a squirrel." 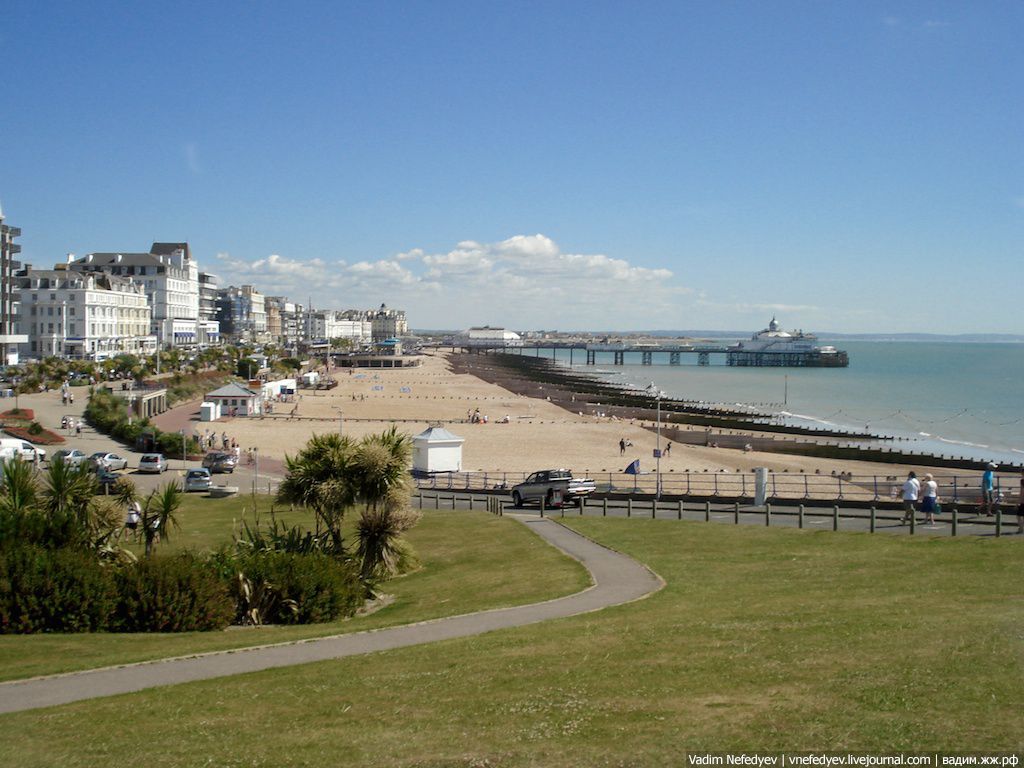 Princes Park (Princes Park). Normal children's playground. The floor is covered with something like rubber, so children can run barefoot and dirty. All playgrounds are fenced low fence so that no one accidentally escaped, and walking is not roamed the seats allocated not for them. 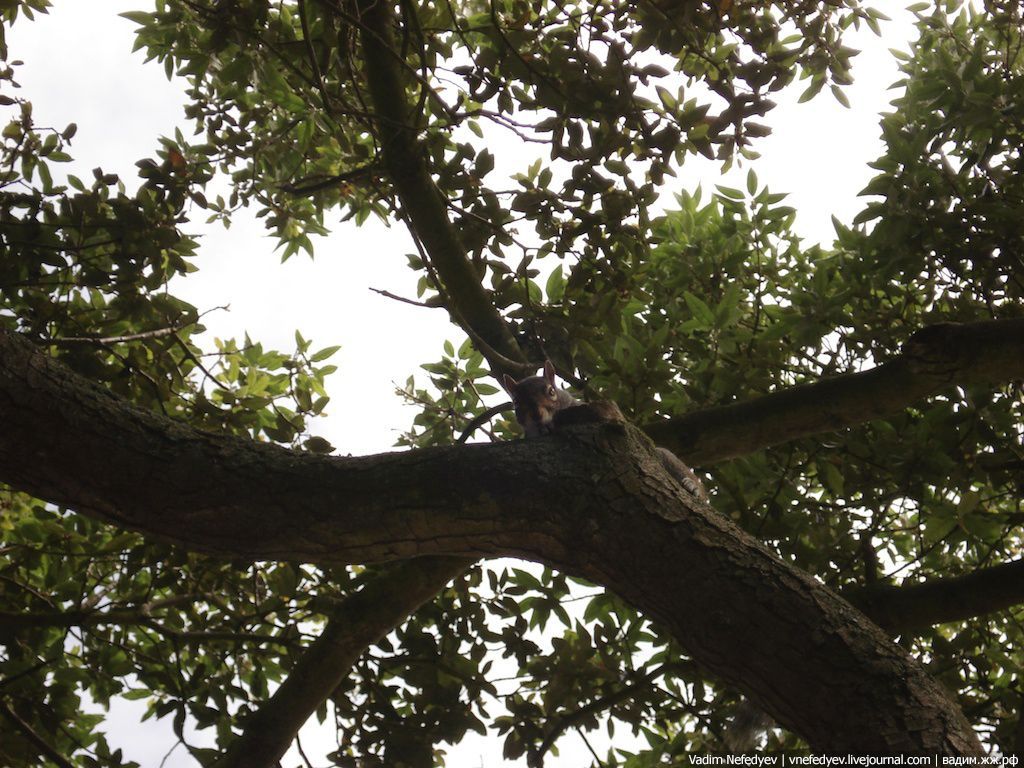 Hempeden park. For that I love the English parks, and so for such places. If you walk through the woods, and in fact in the city center. 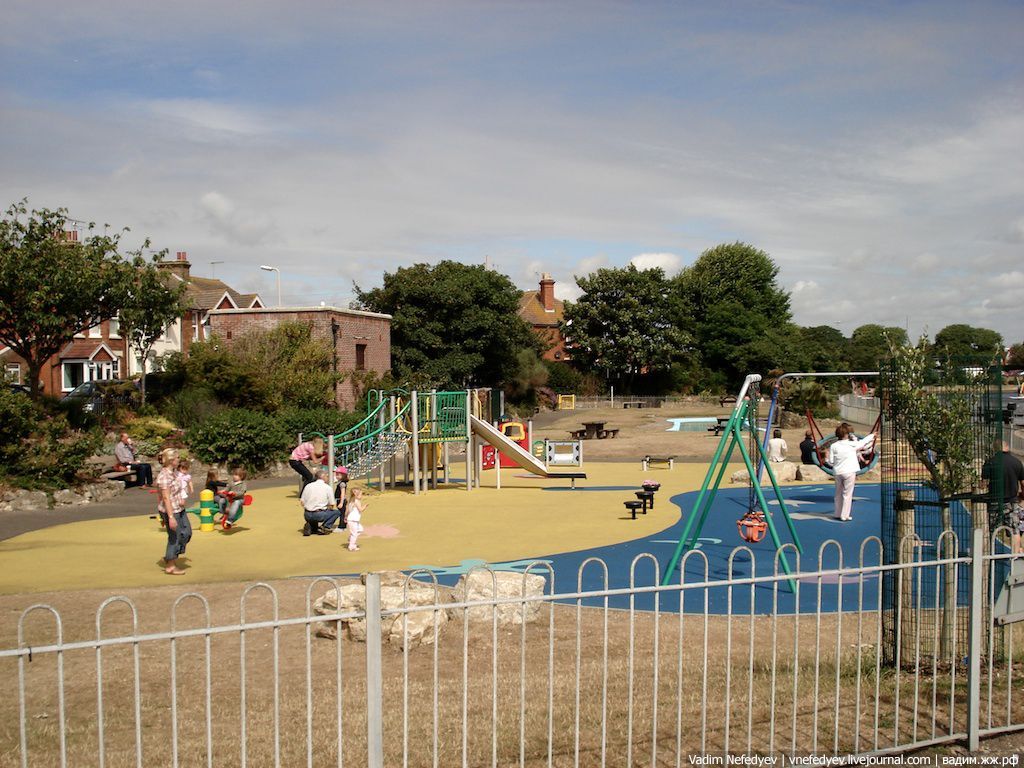 Expensive area of ​​the city. Here, perhaps, everyone has a yacht or boat. Feature local apartment buildings: parking on the first two floors, to save space and improve the view from the window. Many homes have balconies or terraces on the roof. This is the only way to lie in a hammock under their own tree, because the land the house is not included. 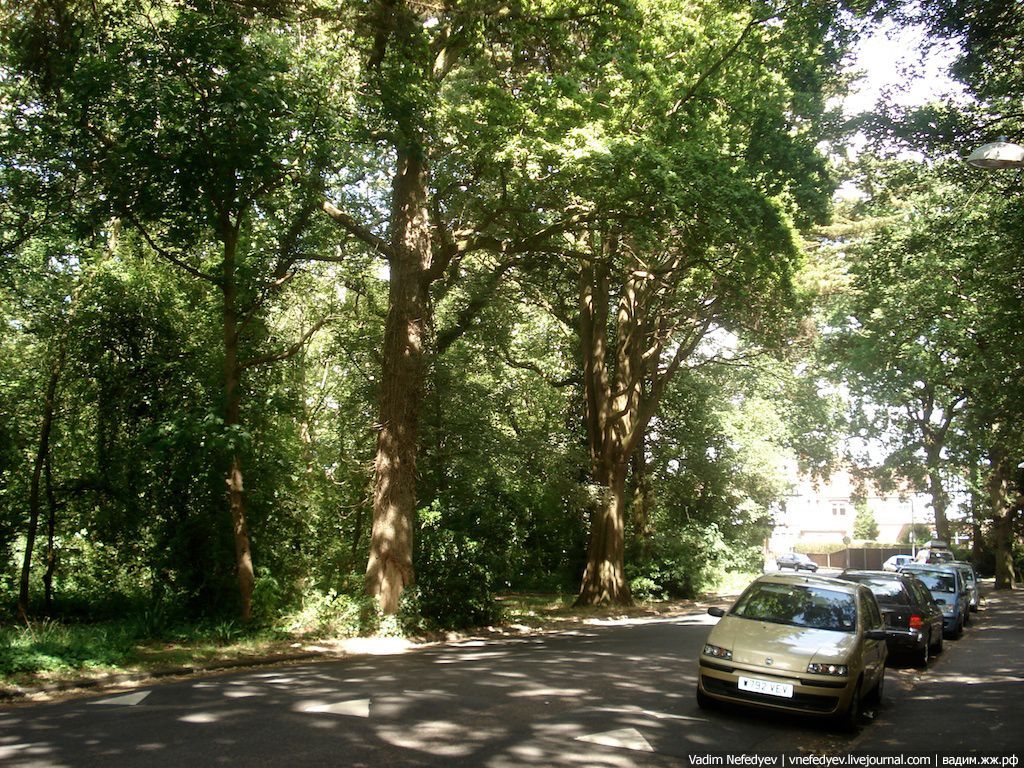 One day we had a tour of the castle. But someone just took it for corporate parties. Therefore, we had nowhere to go. Well, we were led to look "wild" nature. We have gone far into the woods for some "goat" trails. Nature copes with the role of landscape designer. On the way we met a lake, flower beds, field. 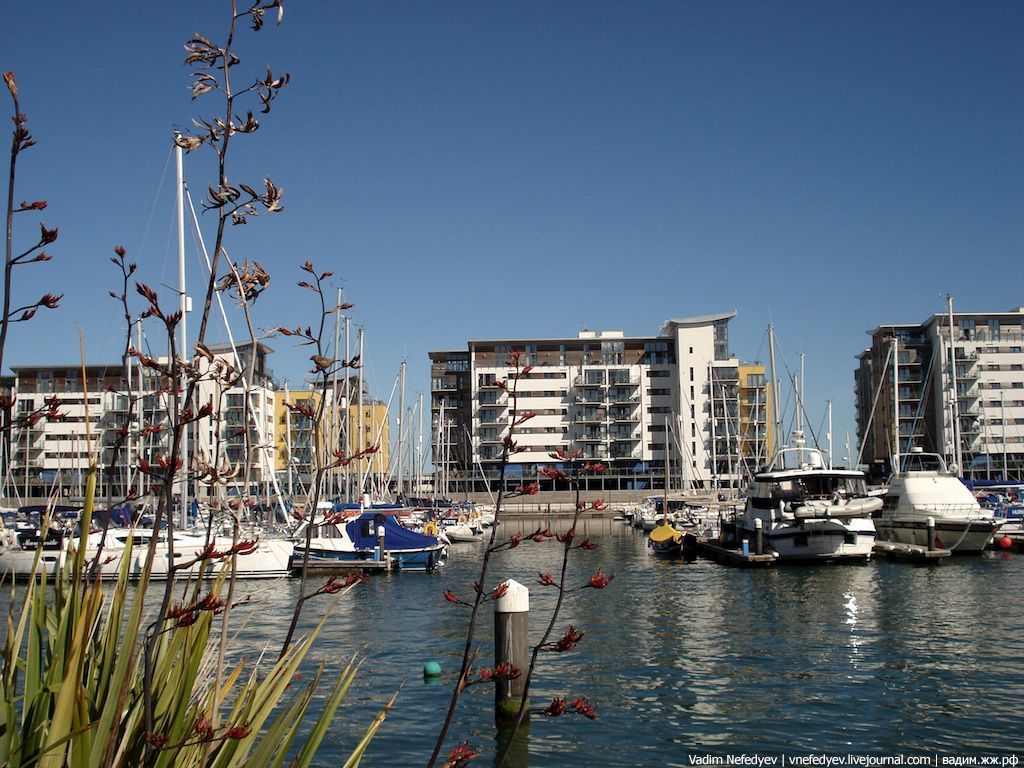 Tree standing alone. Get in it, you can only walk through the forest. 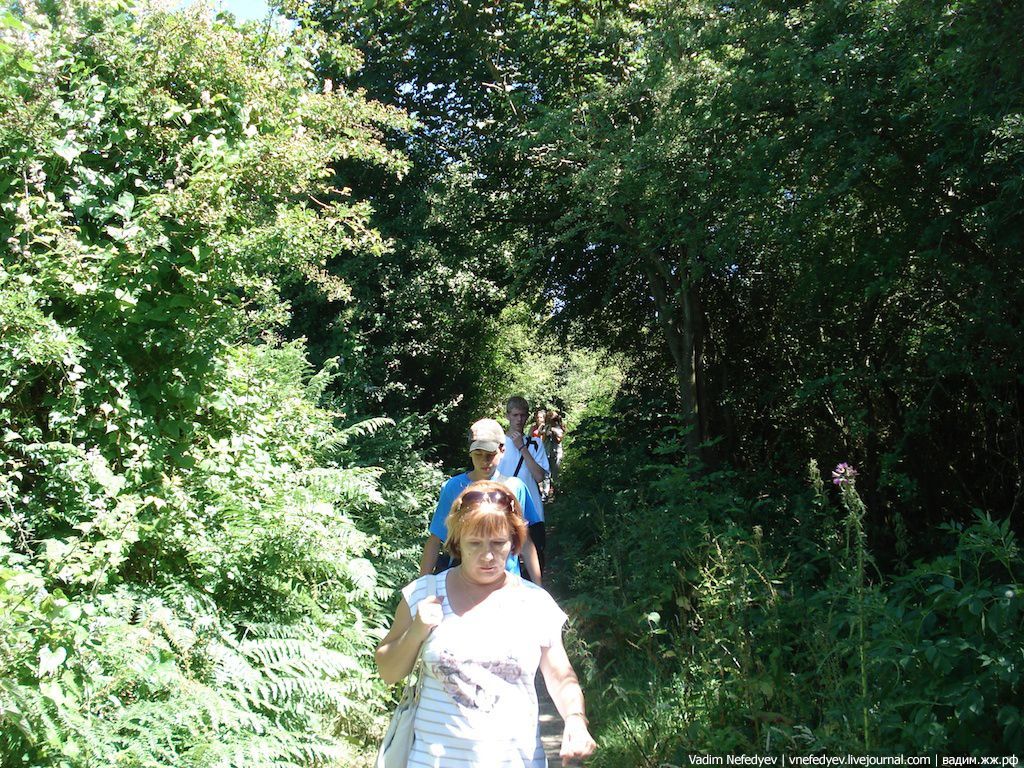 The house where I lived for four weeks. My room on the veranda. Quite typical English house, as written in textbooks: kitchen and living room on the first floor, bedrooms on the second and third. 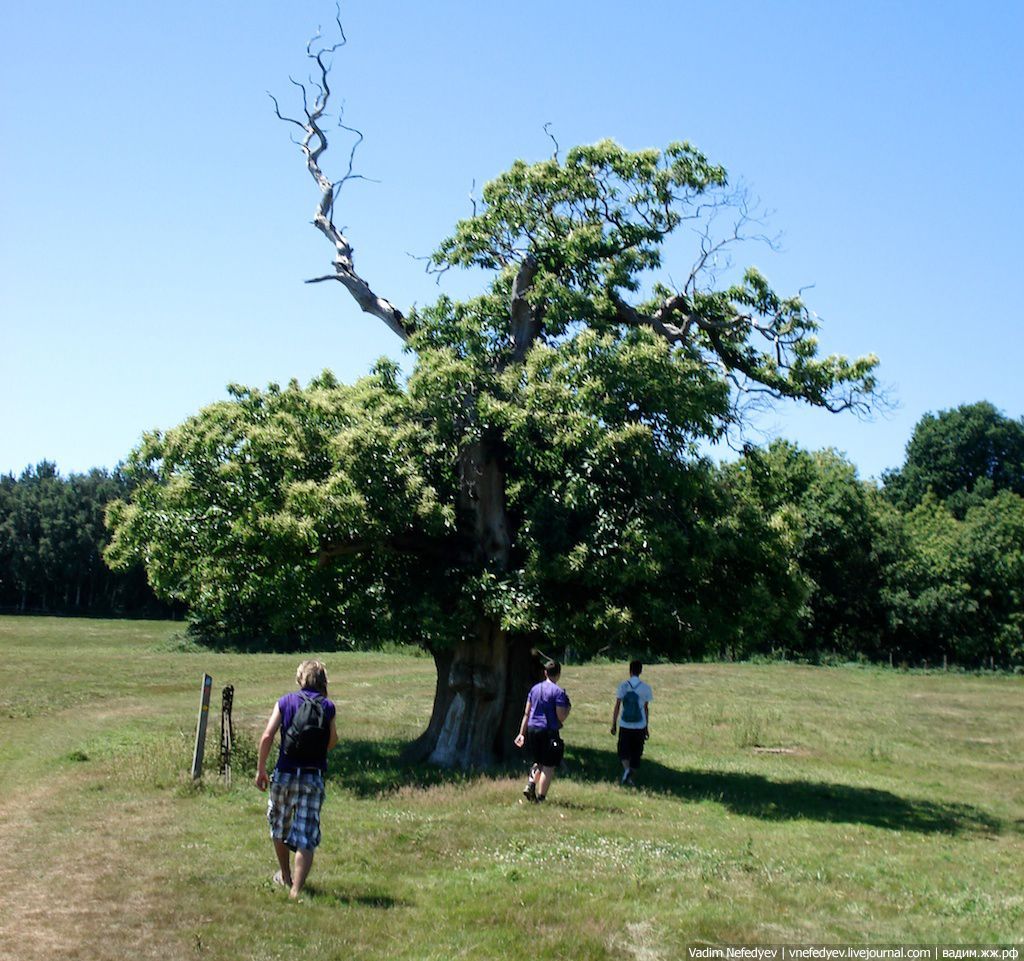 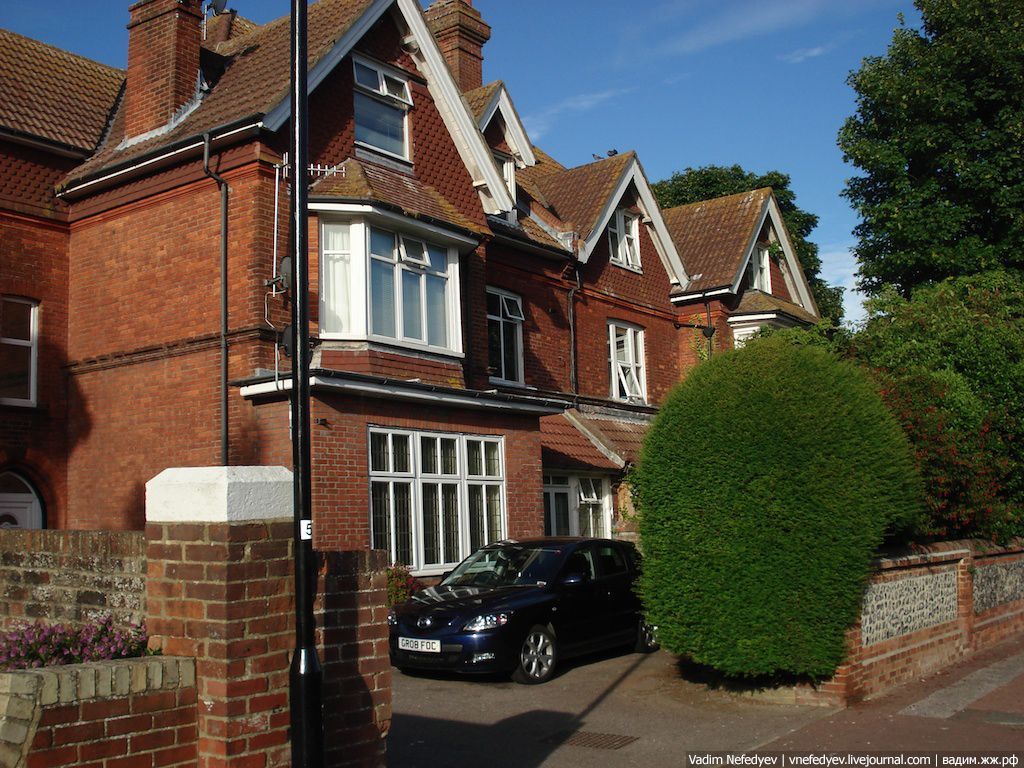 My room. Filmed. Children lived here before the house owners. But they grew up. We sometimes stele set "Hello Kitty" with pink kittens. But to me it was not Russian, so that no one jiving, and for the French, who lived with me, apparently, that's fine. Poles only slightly povozmuschalis. 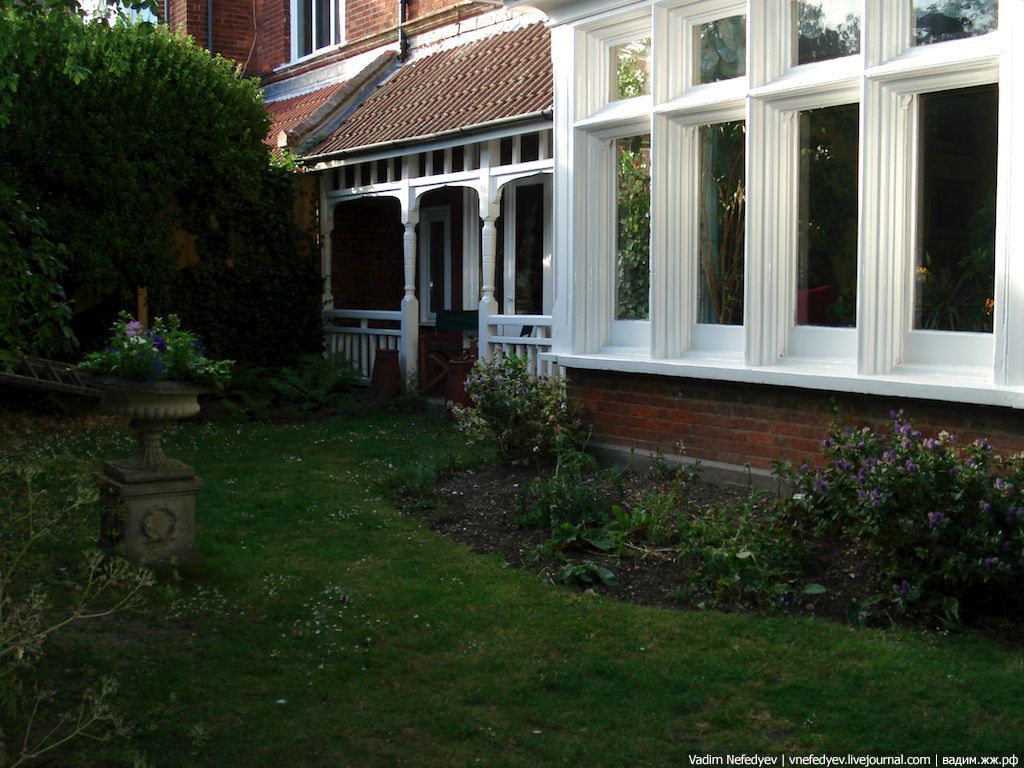 This is the town of Lewis. This castle for about 1,000 years. Although he is well preserved. It is worth Russian gun. Unfortunately, no one knows why it's called. 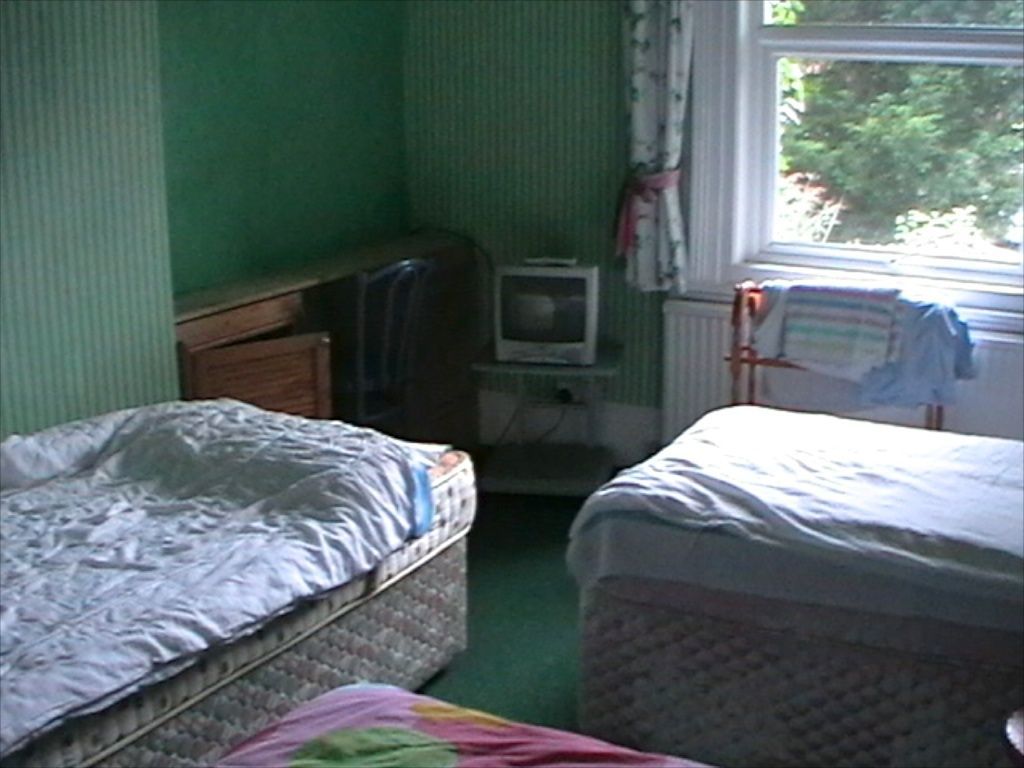 Rise to the observation tower of the castle. At each step of the written names and dates in the life of some people. Then I was not up to the questions, I watched with my mouth open to the environment, so do not ask. What is shown to tourists, much restored. Almost all of the facing stones are glued recently. 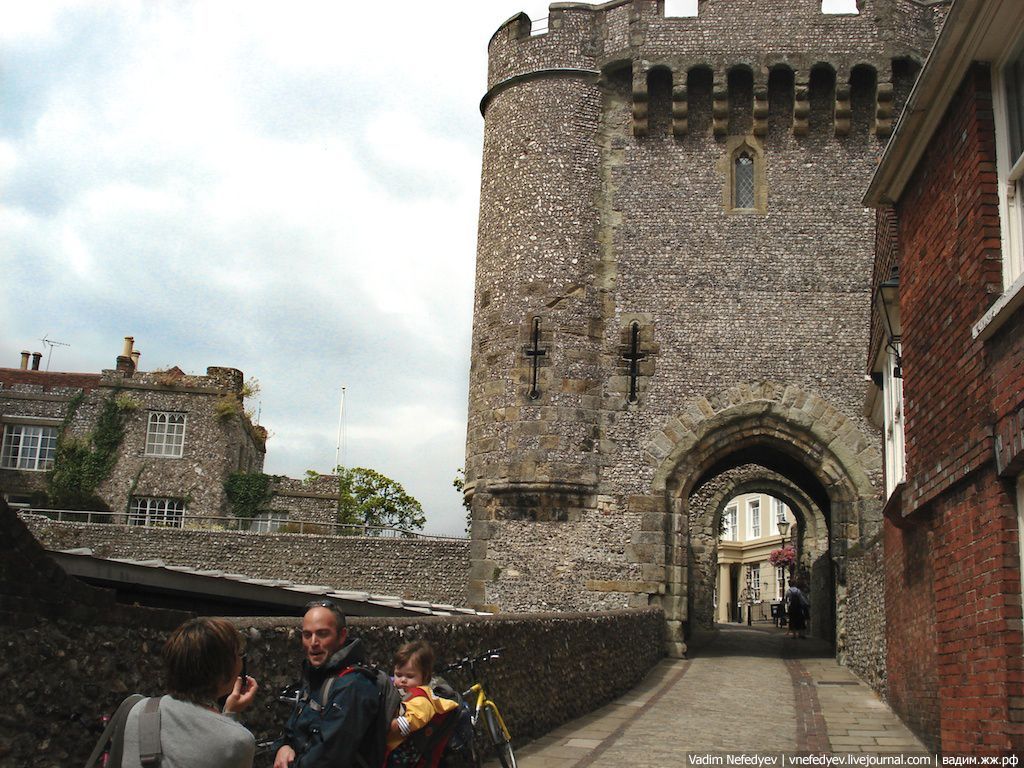 We proceed to London. Frankly, after the Russian cities where I have visited, this metropolis scared me. Then I still was not in New York or Moscow. After a quiet walk through the crowd Samara, run through the roads were a lot of stress. In London, these narrow streets and so many people that the whole environment puts pressure on you. The hardest thing - to learn to walk fast as local, so as not to stand out from the stream, and then do not get tired.
A little about the photo. This Ferris wheel built for the new millennium. To get there it is very difficult: two hours a queue for 18 £ (900 rubles), or half an hour for 27 £ (1,350 rubles). But the view from there, judging by the photos, delicious. 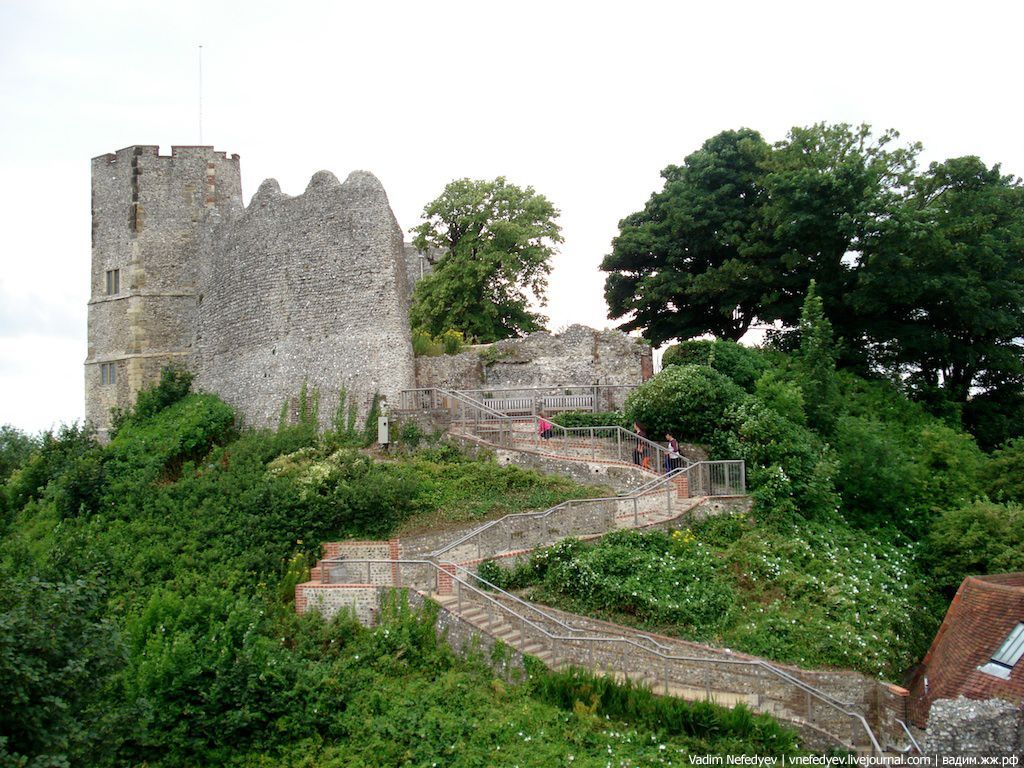 The area in front of Buckingham Palace. Usually there is not a lot of people. Just now be changing of the guard military parade in the traditional way with the music of bagpipes and drums. 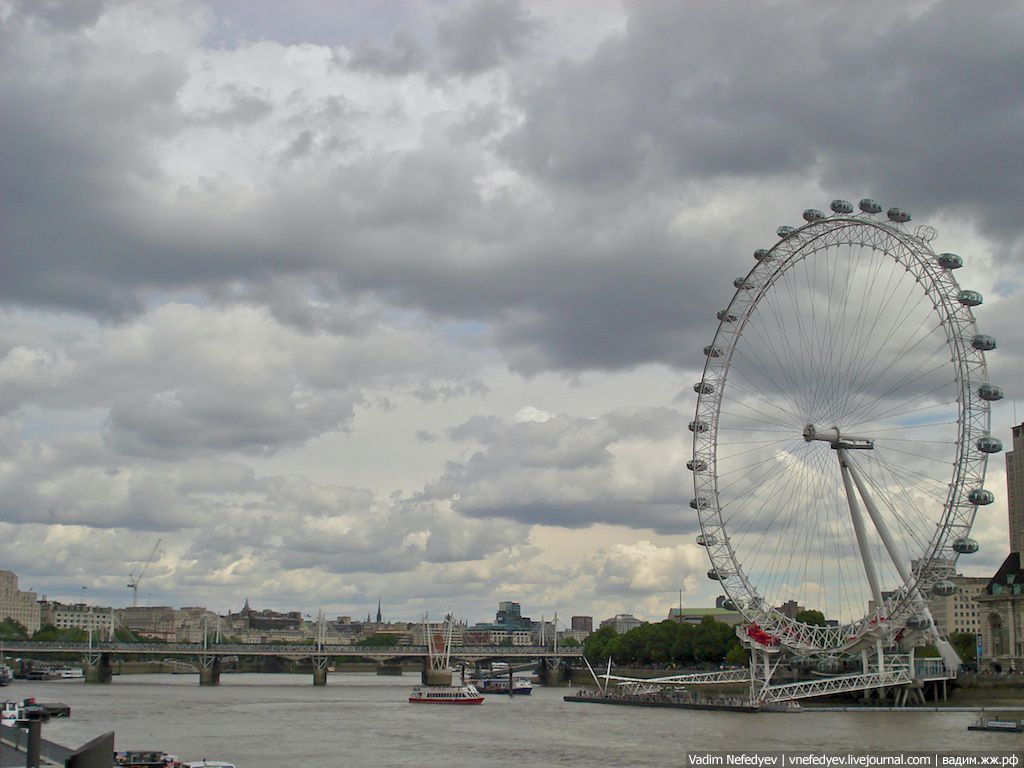 Trafalgar Square, the National Gallery. Time to visit it was not. So many spectators at performances of youth religious movement "Army of Jesus." Generally, the area - the traditional venue for various events, such as Russian carnival. 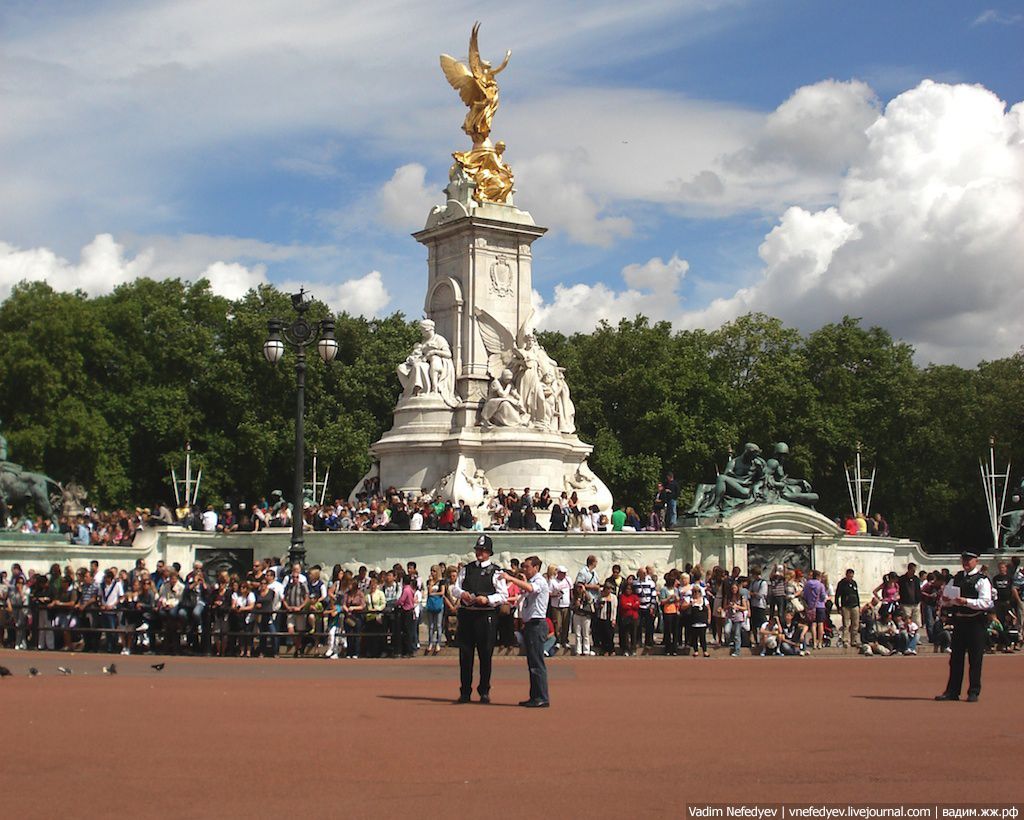 The girl draws on the pavement in Trafalgar Square. A good way to gain fame. There are thousands of people walk. 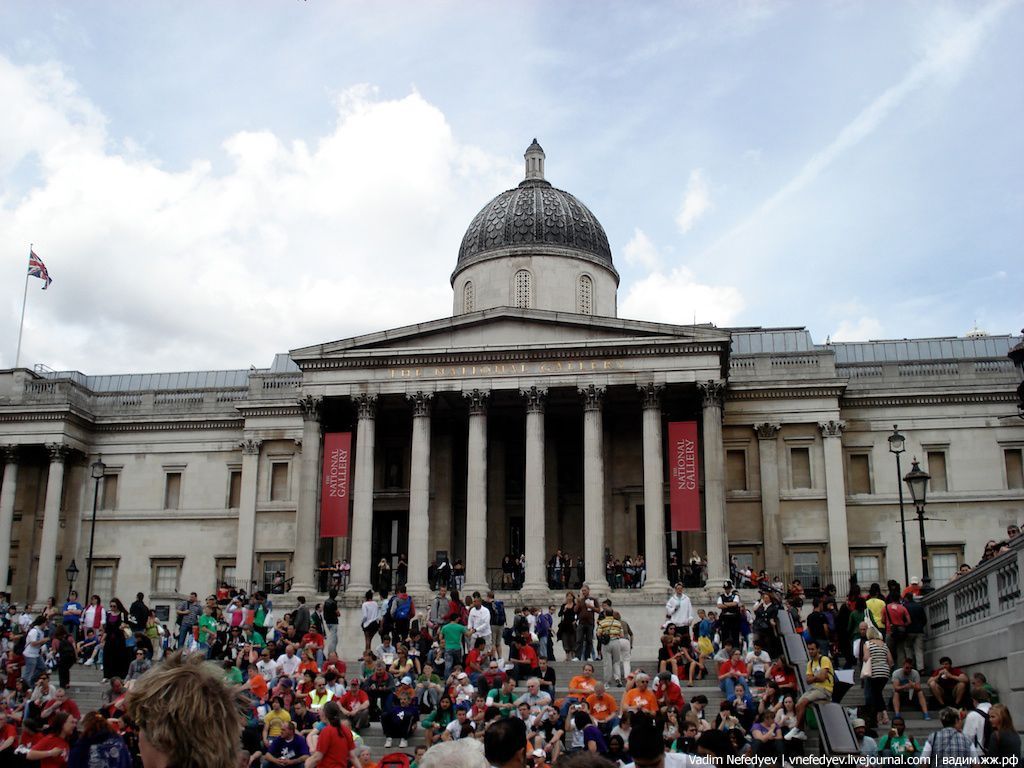 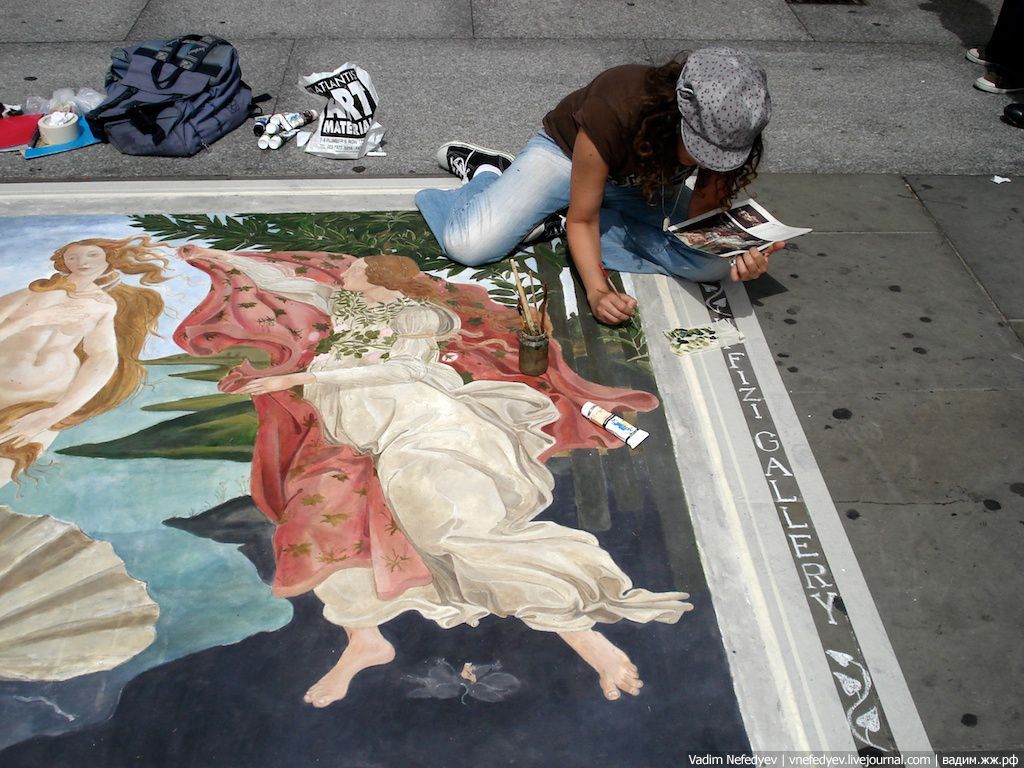 That is Herstmonceux Castle, which rented for corporate parties. But we saw it from a distance. 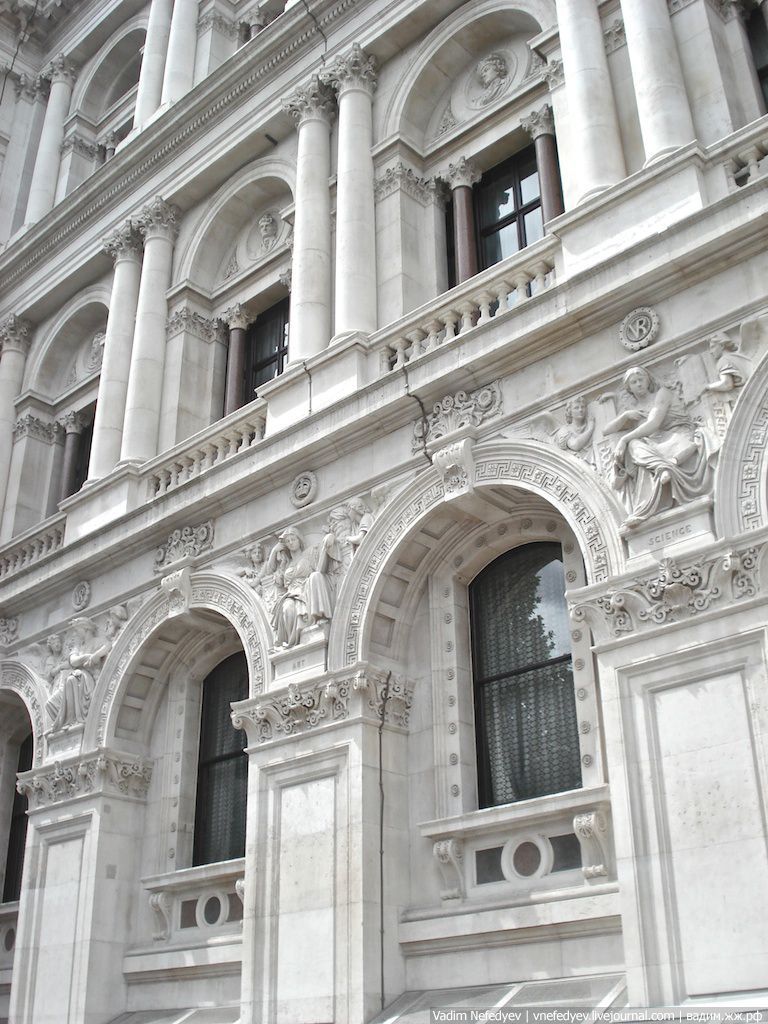 This is the Brighton city, which is called the mini-London because of their similarity.

Portsmouth shipyard former chief of the country. Here produced ships for the Battle of Trafalgar. Some vintage vessel stayed here as a museum exhibit. Still here are based modern navy ships. 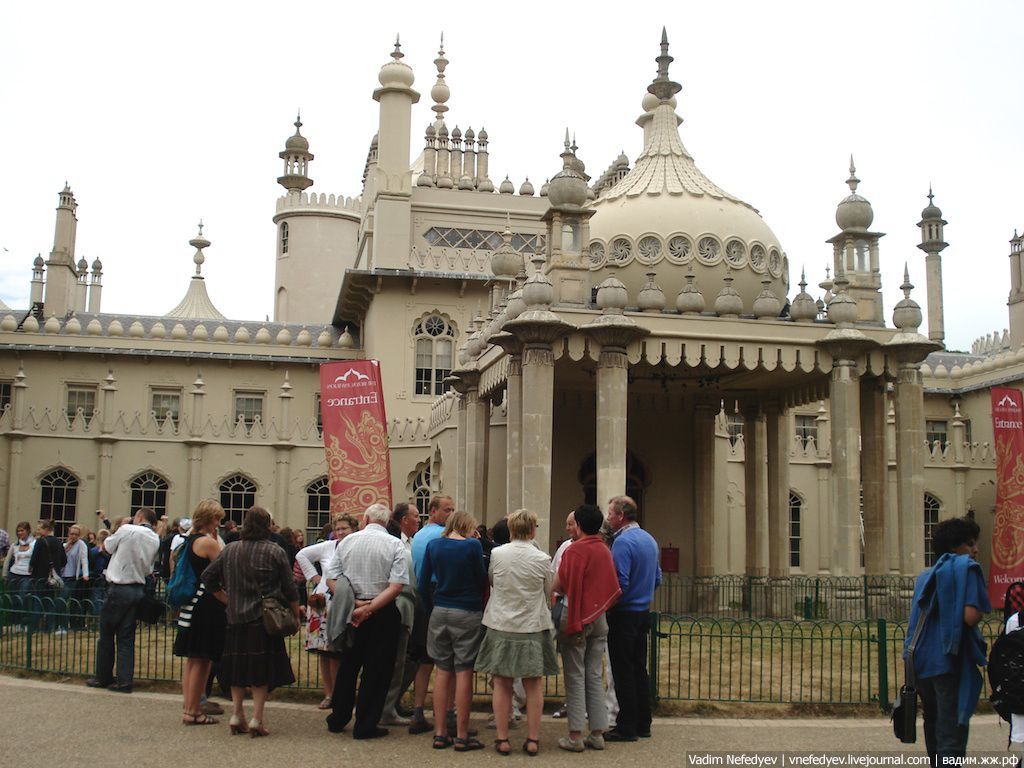 The observatory, called before Grinvicheskoy. But because of the proximity of cities, scholars have gone to another place, where darker. A place left for the children who come here to learn about science and astronomy. 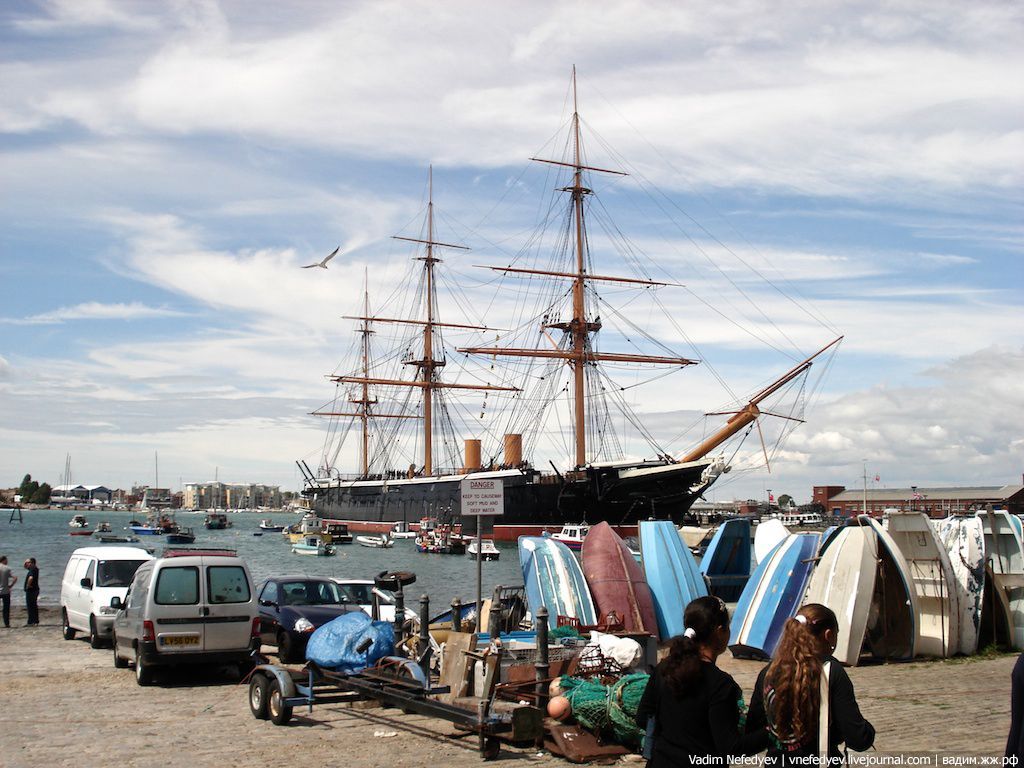 Eastbourne again. Fort built during the conflict with France. Now uncrowded museum. In the city were four protective structures of those times. Barracks enclosed by two walls, it was impossible to walk up the stairs. Fortunately for the British, it was never used for its intended purpose. 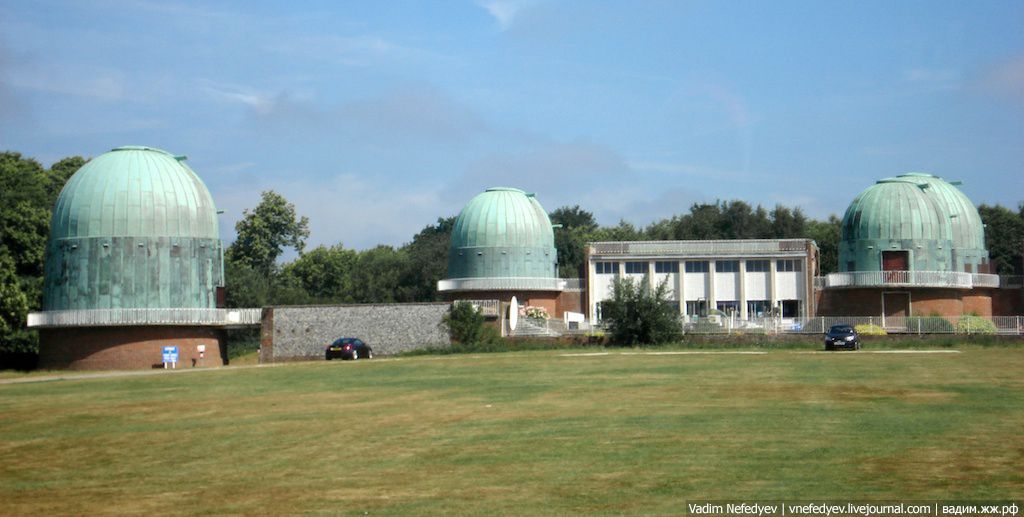 College, where I studied. Elite establishment that rent for the summer. Equipping wonderful. Well, I chalk boards there can not be found. Familiar English teacher, who came to Samara teach each time laughed at them, saying that it was the stone age. 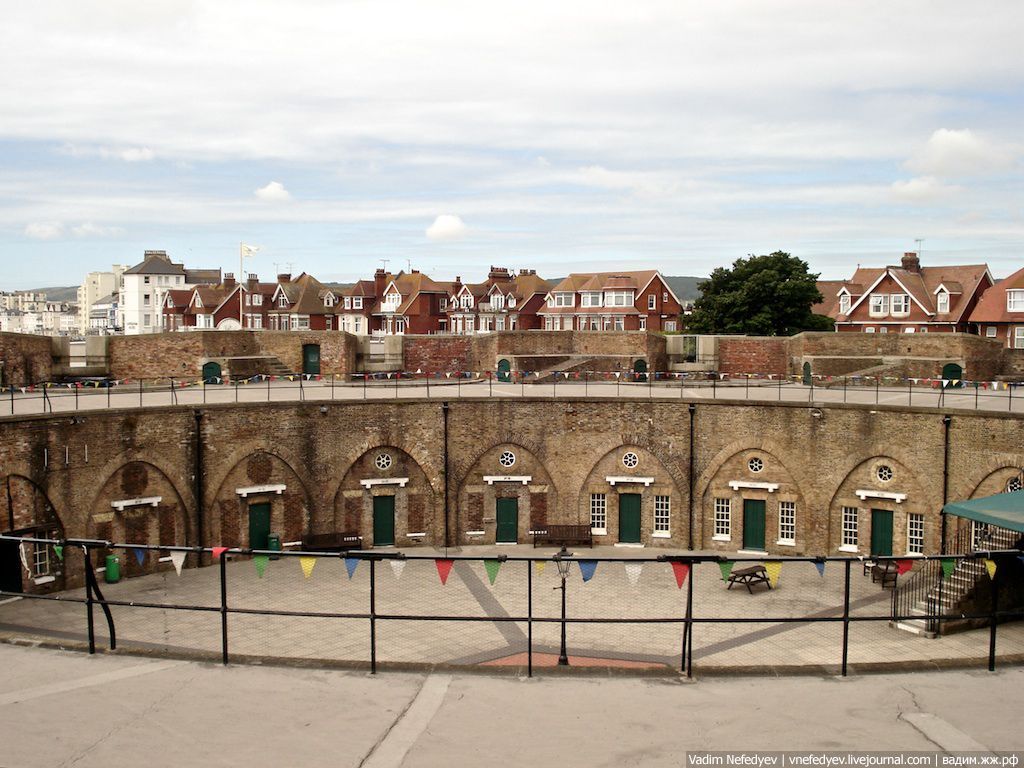 The building of the city administration and the police. 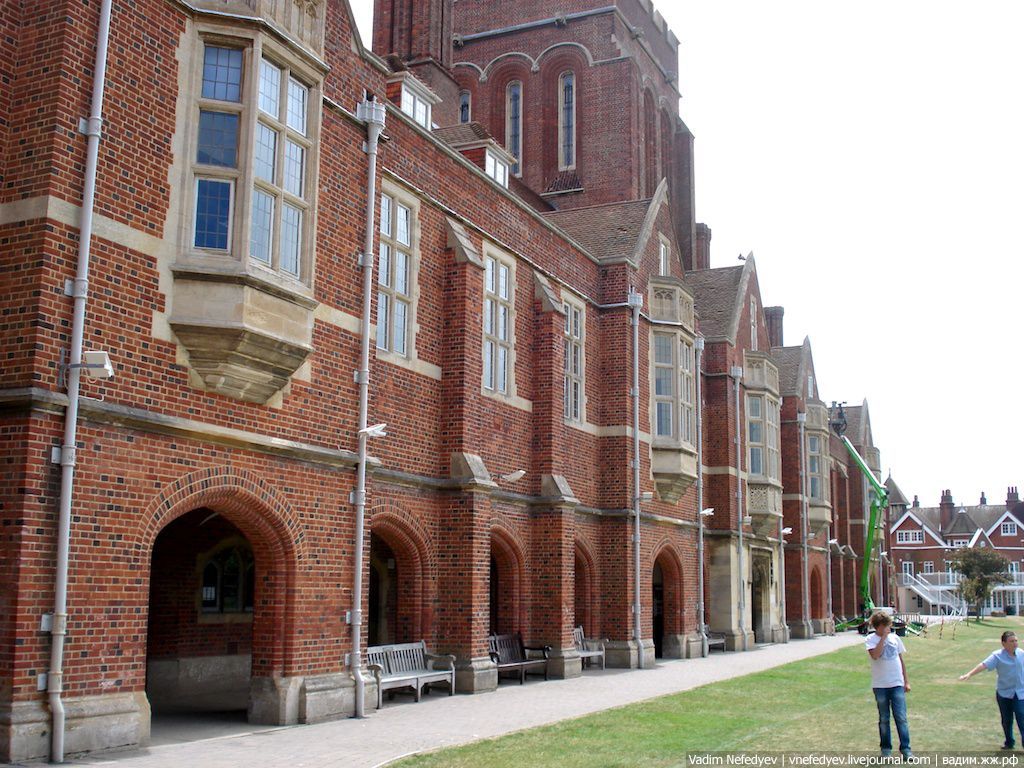 Even my college. On the field should be carried out of the game, but in the past month was not a single. But they cut and watered every morning. 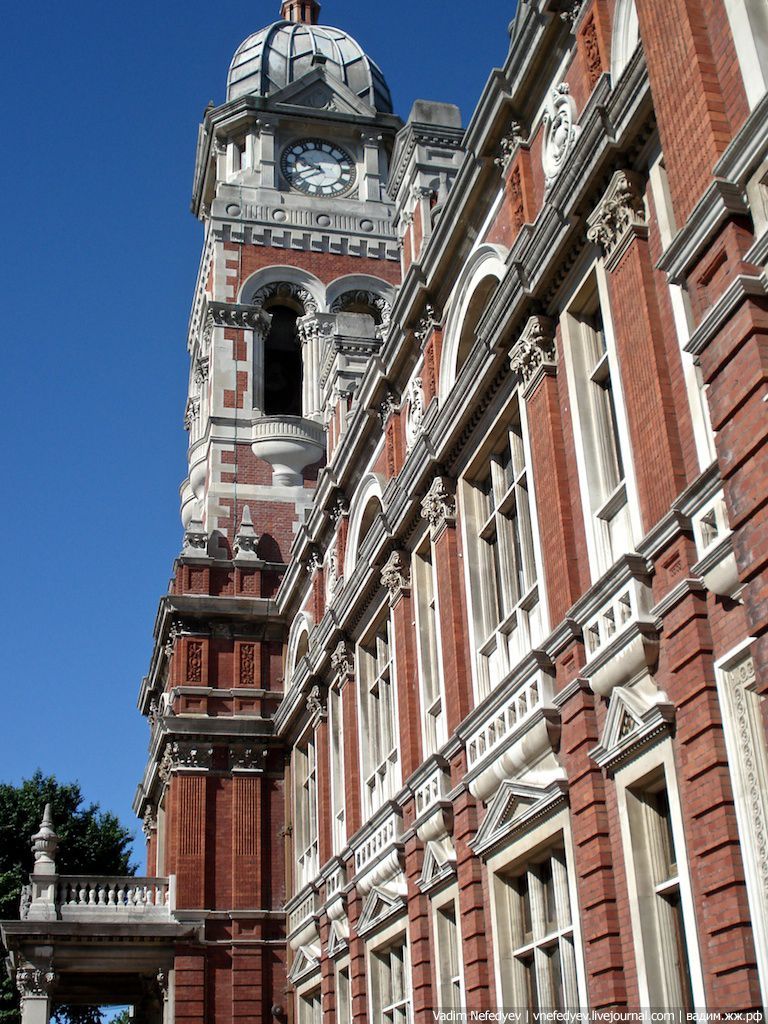 What park pond without ... 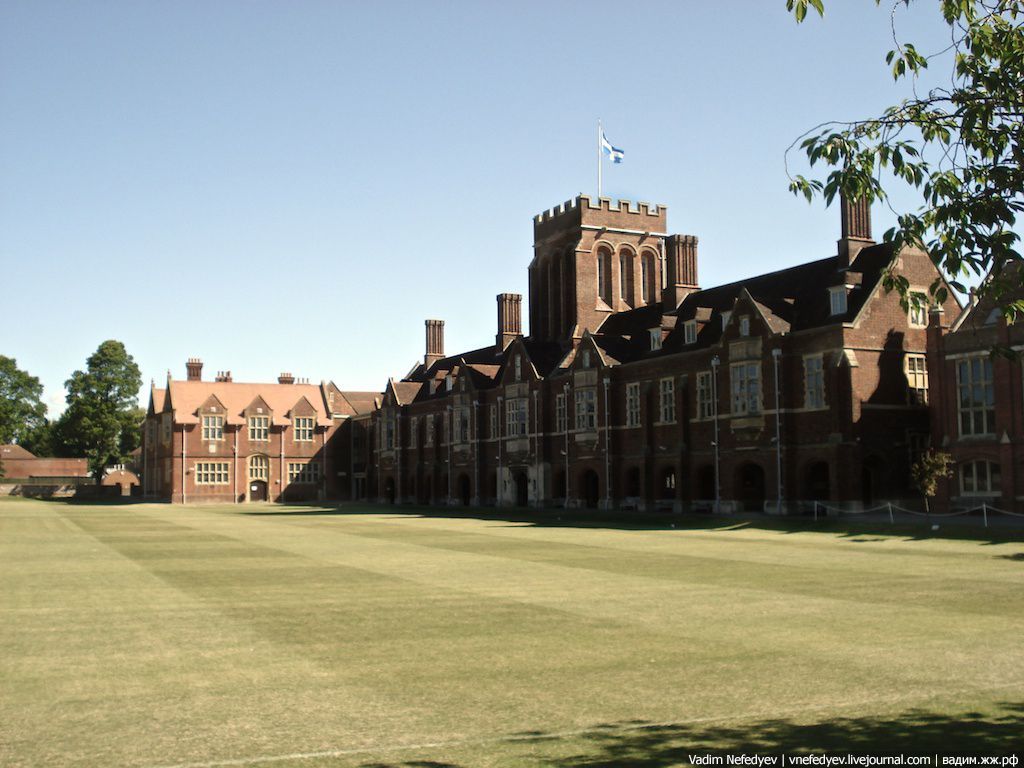 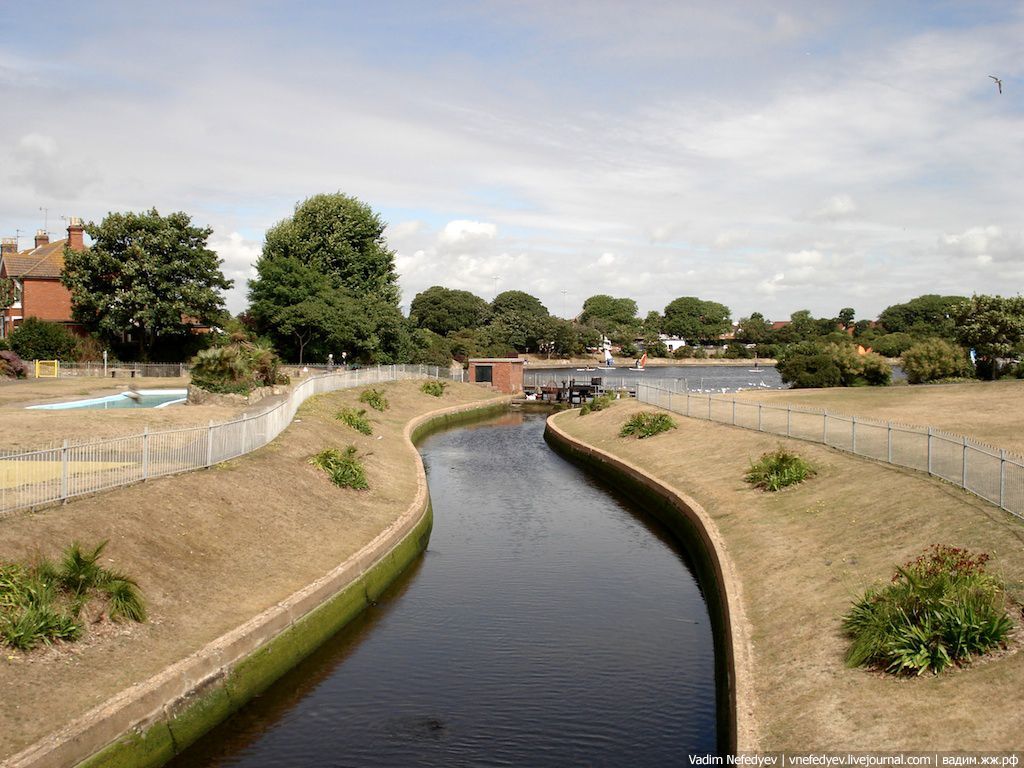 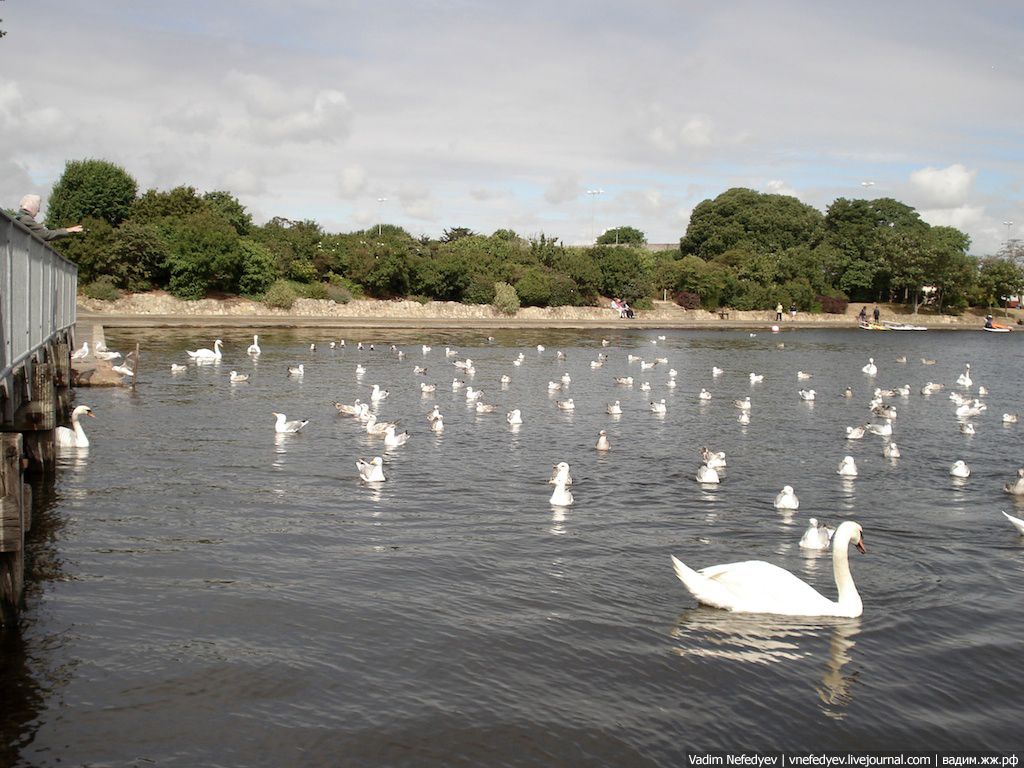