AdBlock detected. Site operation may be disrupted due to running AdBlock. Please disable it for this site.
Home Stories Sweden

How are ordinary Swedes

When we go to rest in any other country, most of the time usually spent on visits to museums, monuments, familiarity with local cuisine and other obligatory tourist programs. Of course, this is all very well, but so we somehow forget to see here, in fact, people live. Today I bring to your attention a small selection of photos taken in the spring of this year in Stockholm. I lived in a cheap hotel Arstaberg, which was located in the same area. Prior to Gamla Stan and other center was relatively far, although a couple of hours can be guaranteed to be reached. Walk to the subway was about twenty minutes, but the presence of a number of tram and bus terminus solve transportation problems. Arstaberg - this is exactly what is called a residential area. There is no industry (as, indeed, in the whole Stockholm), there is no major shopping and business centers. Quiet is not quite suburb, inhabited mainly by the Swedes, the migrants were not seen by me. In the past, I must say, there are a few "enclaves" in the extreme underground stations, for example Hjulsta. There I do not advise to meddle "pale", especially in the dark. Living Swedes here in these modest houses. No elite residential complexes, luxury townhouses. Simplicity, cleanliness and order. It seems that the Swedes still won a cult of consumerism and find their joy of life in something else. 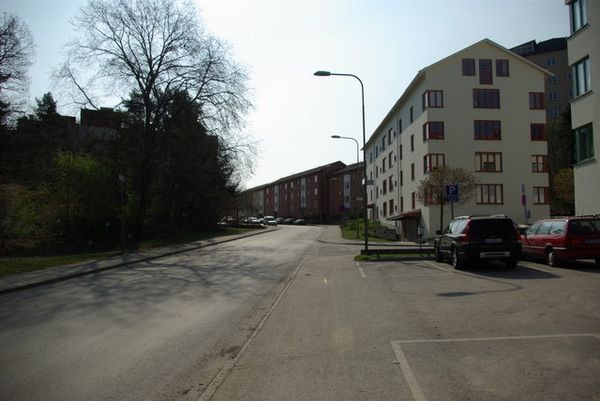 In general, in the area of ​​construction is quite Arstaberg "undersized", but in the neighboring area you can see a sixteen "candles." On the banks of the river spill cozy active construction. What's interesting is the house directly to the adjacent rocks. 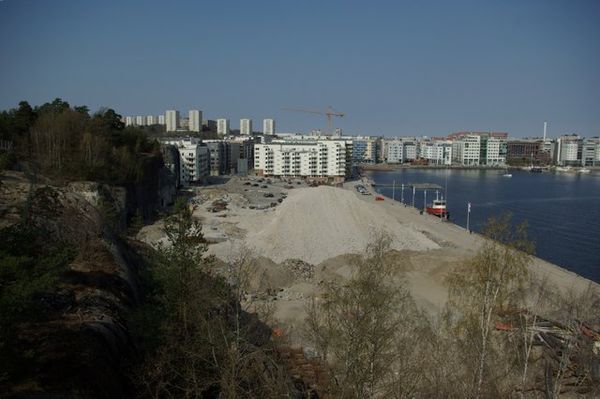 Closer to the center of the home are becoming more "thorough", gradually moving in a characteristic building of the old town. Incidentally, the bridge in the picture - a monkey. Unlike St. Petersburg, divorces day schedule, the benefit of the local nature of the traffic achieved without major traffic jams. 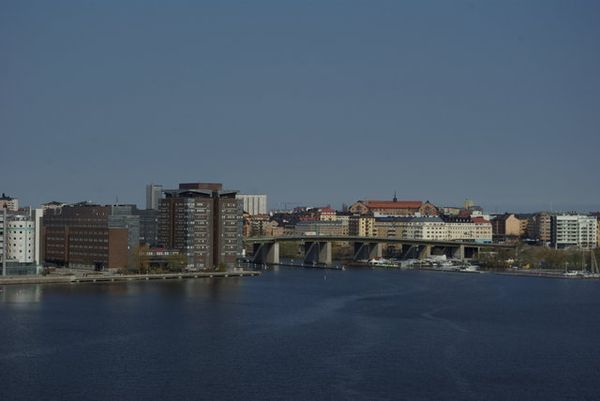 If Arstaberg collapse in the yard, your attention will open such winding paths. Track laid exactly as they would have worn people (rewarding experience for Russia, I have seen it only in Moscow, near m. Vykhino). 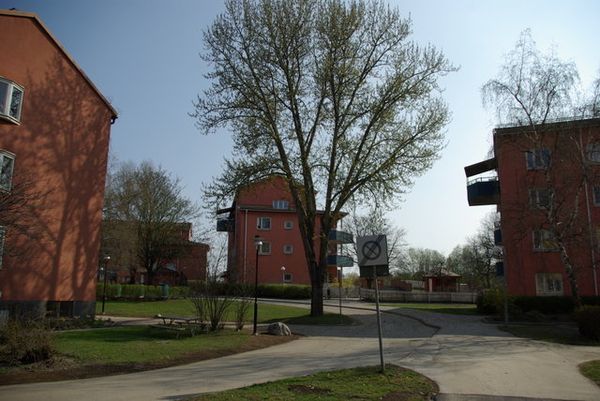 What inetresno, buildings made with the preservation of the natural terrain. 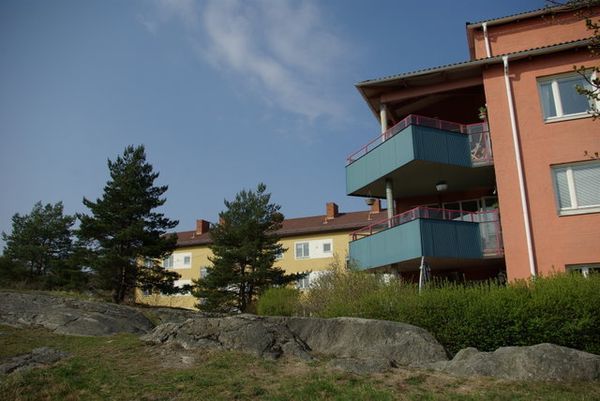 Each house is equipped with a personal set of dumpsters, for each type of waste svego. We are now also introducing such schemes. Let's see what this all out. 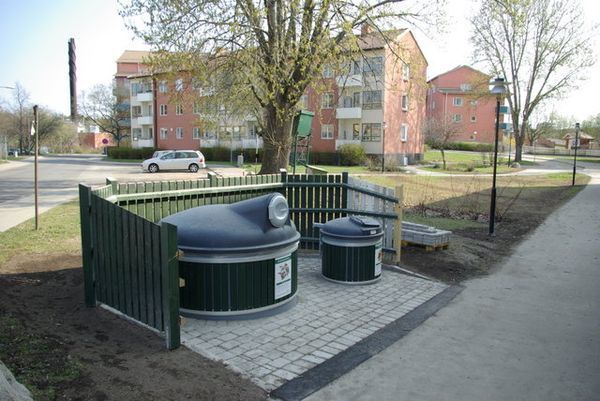 However, two containers - is not the limit. In the nearby area there are many more. 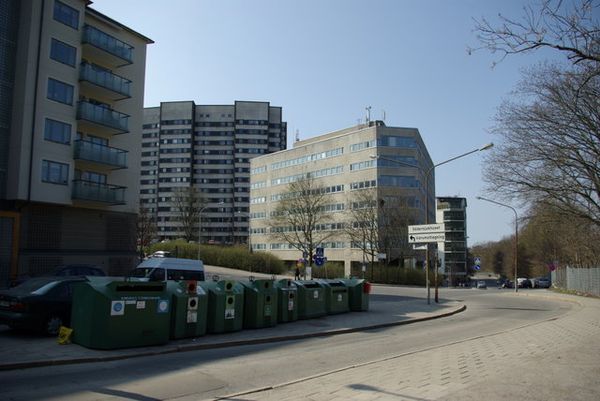 At the entrance to calm myself are bicycles. 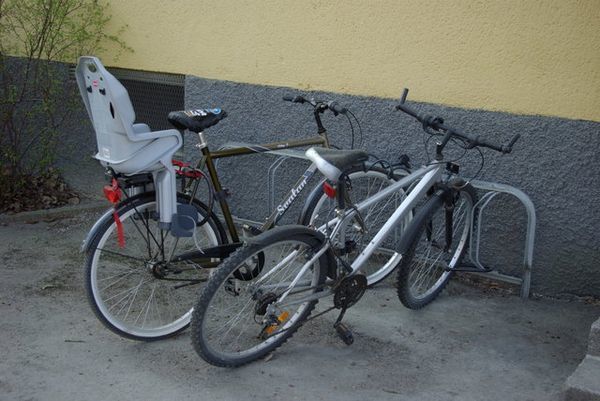 Playground (or rather a fragment thereof). 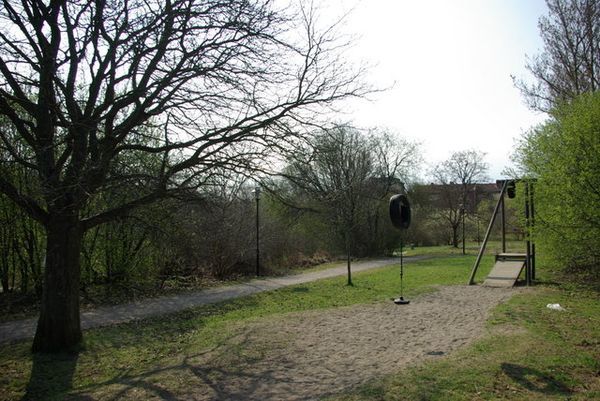 Not far away was a small, but cozy park. The main disadvantage - small benches. On the post - fat and lazy local pigeon, which a moment before got from thrush. 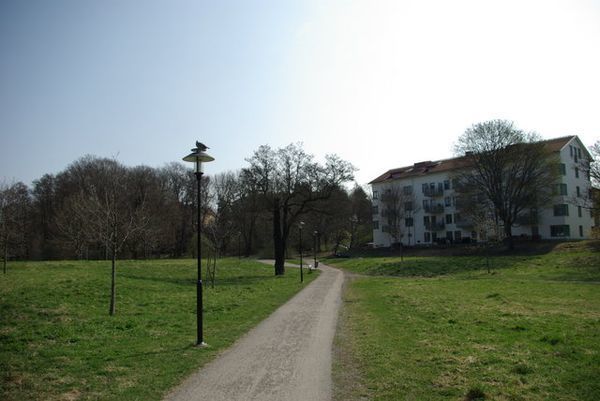 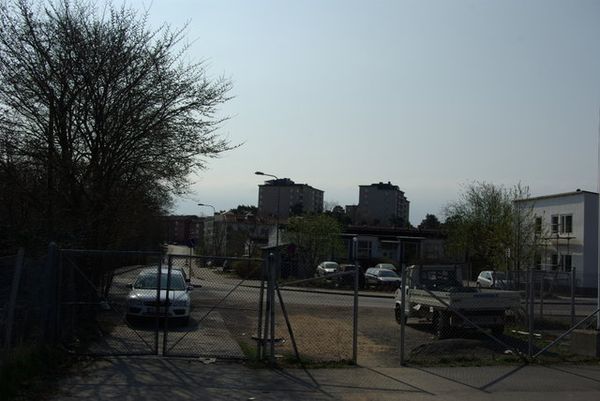 "Consequences" garbage collection. In general, the area itself is very clean. 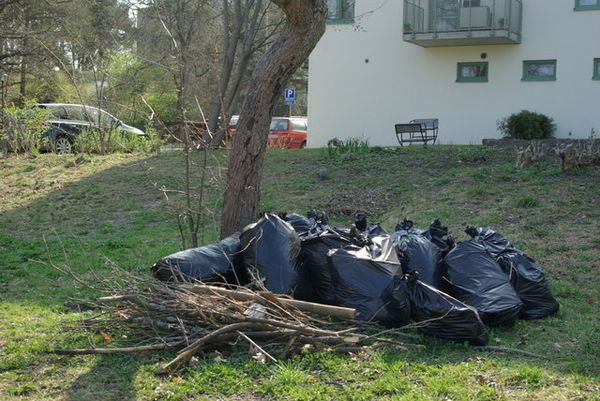 But in a nearby forest park, local bums do the same as ours - extract nonferrous metal. 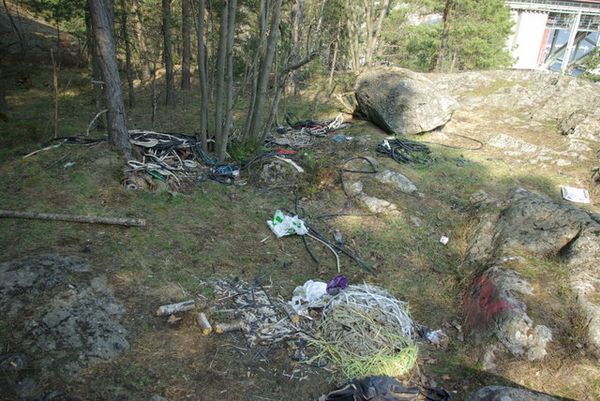 Drink beverages, however, are not as strong. 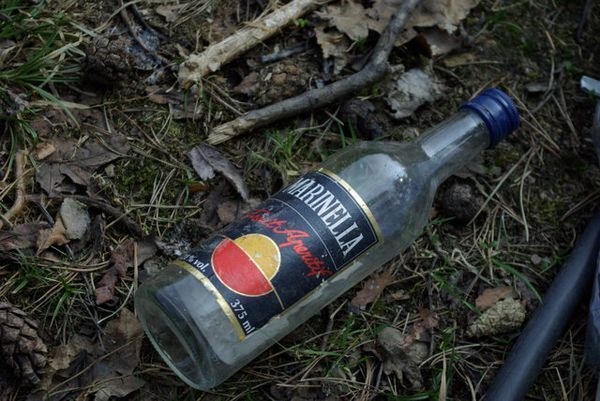 And in the city there's such arrays of private houses. Even compared with a typical Soviet lodges seem almost shed. However, the Swedes enough of this. 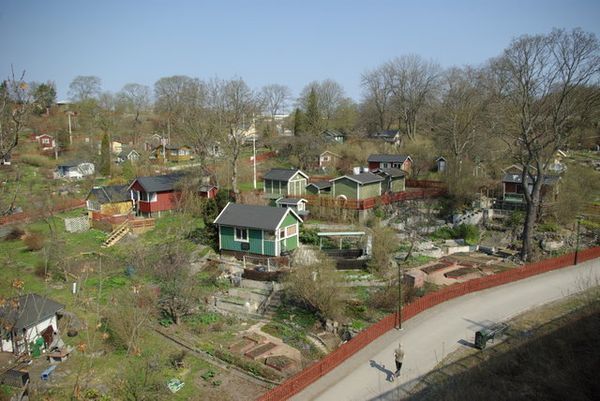 Near the house. Swedish flag and yellow toilet attached. 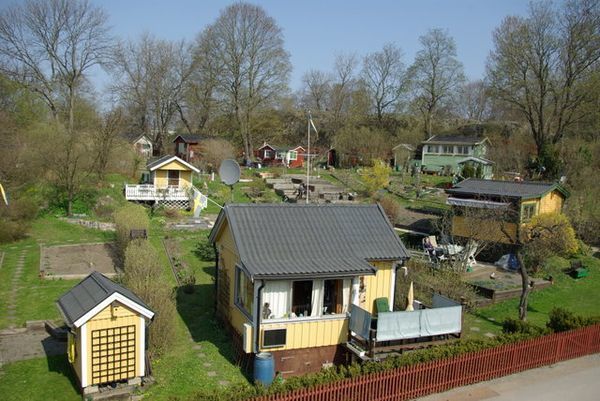 And this - the local supermarket. They then usually small, by Russian standards (even Moscow) expensive, and work, as a rule, to a maximum of nine in the evening (but the subway on weekends and holidays - all day and night). 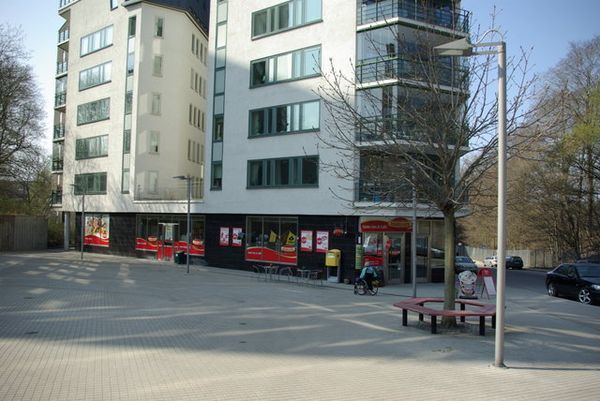