Going to Madrid, we certainly have acquired a guide and not one. But here's what chu be incident if not in all the guidebooks reported that Madrid is one of the youngest cities in the center of the peninsula, that the historical part of the city you can cross the length and breadth easy step three hours. That Madrid did not see anything down sshibatelnogo, except that of the royal palace and the Prado Museum. All this leads to confusion and raises the question - "Is it possible?" 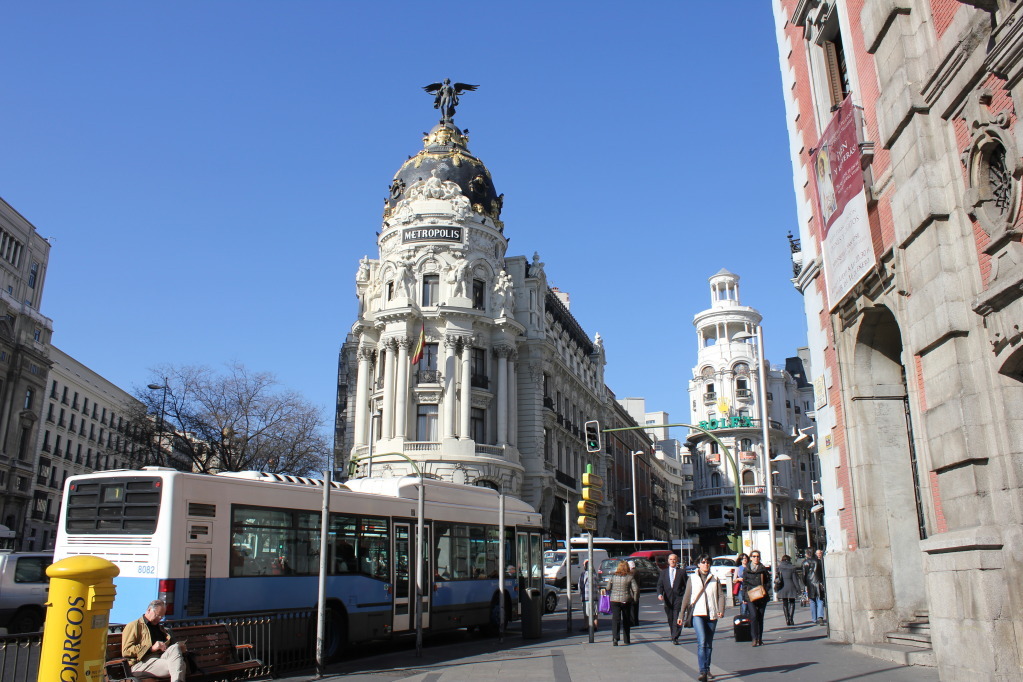 Well, as we found out, Madrid is really different from other European cities.   It is different. In Madrid has its secrets. Passionate a charming town quietly but surely captures you. He is very similar to burning and proud, beautiful and sexy emancipated Spanish lady who, at first glance charms, drags. Madrid - city squares, fountains, sculptures, parks, art galleries, the Royal Palace 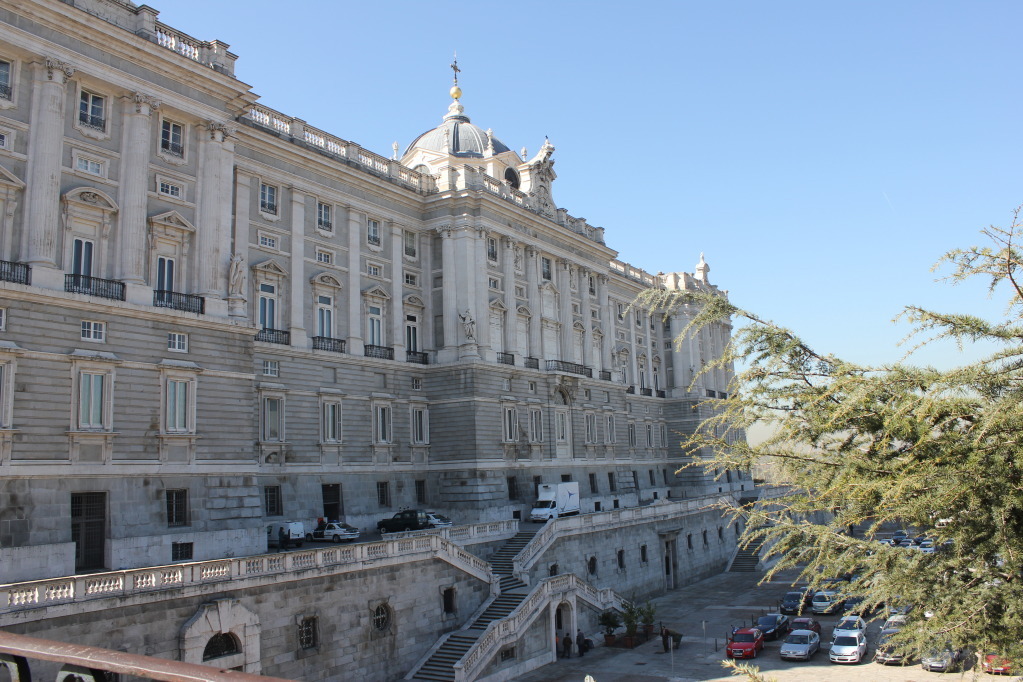 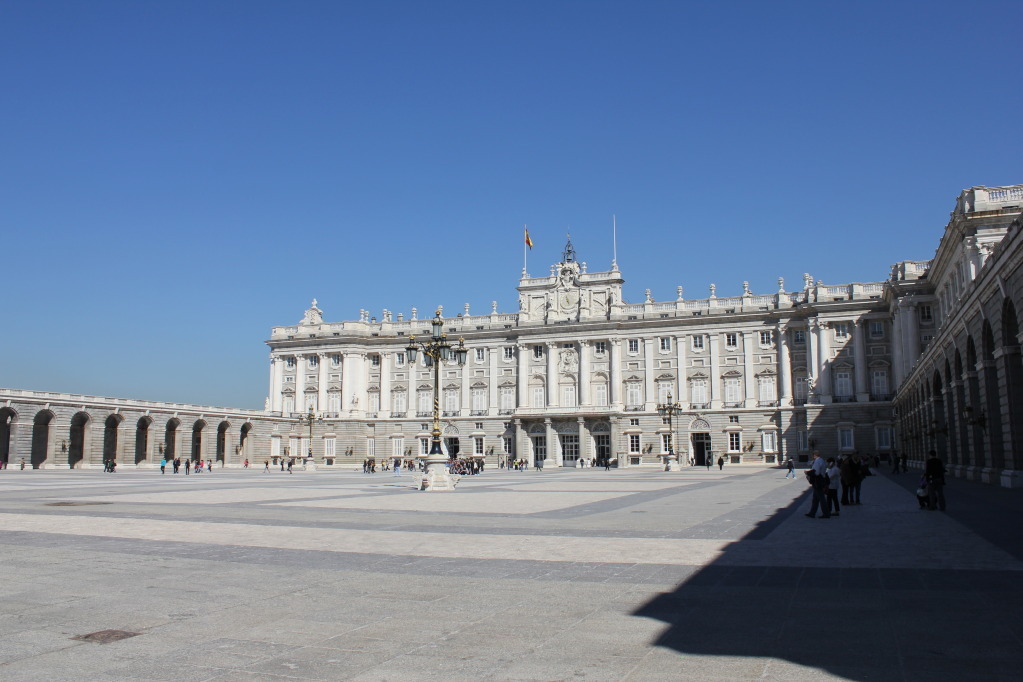 and the Cathedral of Santa Maria la Real de la Almudena, (try to pronounce the name of the first time :)) 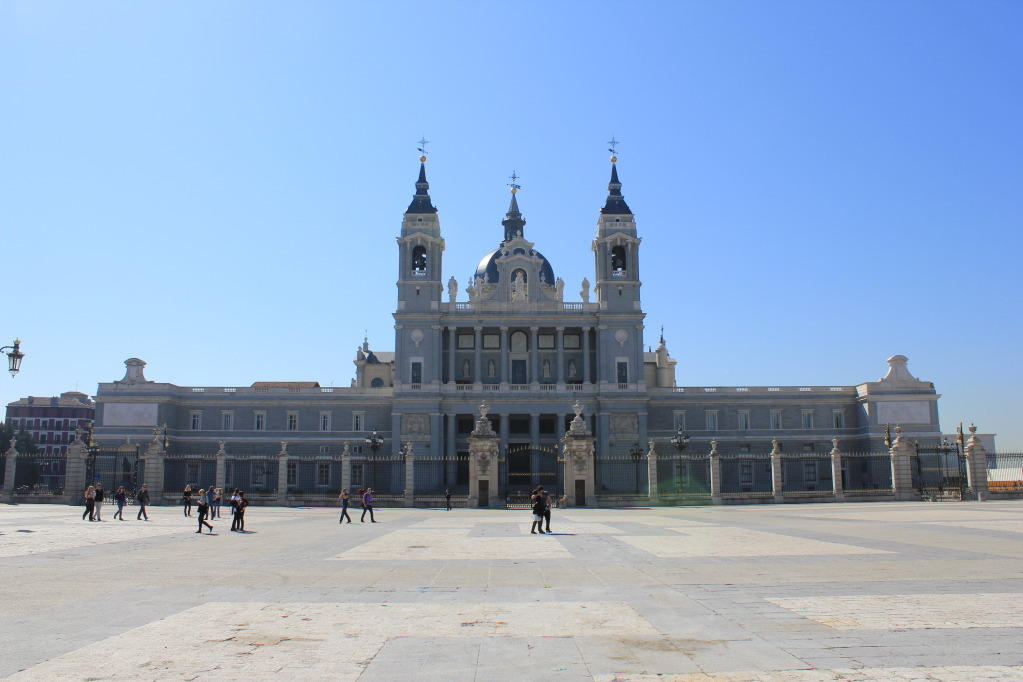 ... and the streets!   Yes streets, one of the main attractions of Madrid is the Gran Vía (translated from Spanish as a highway). She founded April 5, 1910 Alfonso XIII. Noisy and funny, filled with crowded restaurants and cafes, bookstores, shops and boutiques, jewelry and watch salons, as well as many buildings of different architectural styles can be seen here features neovozrazhdeniya, French and American modernism. 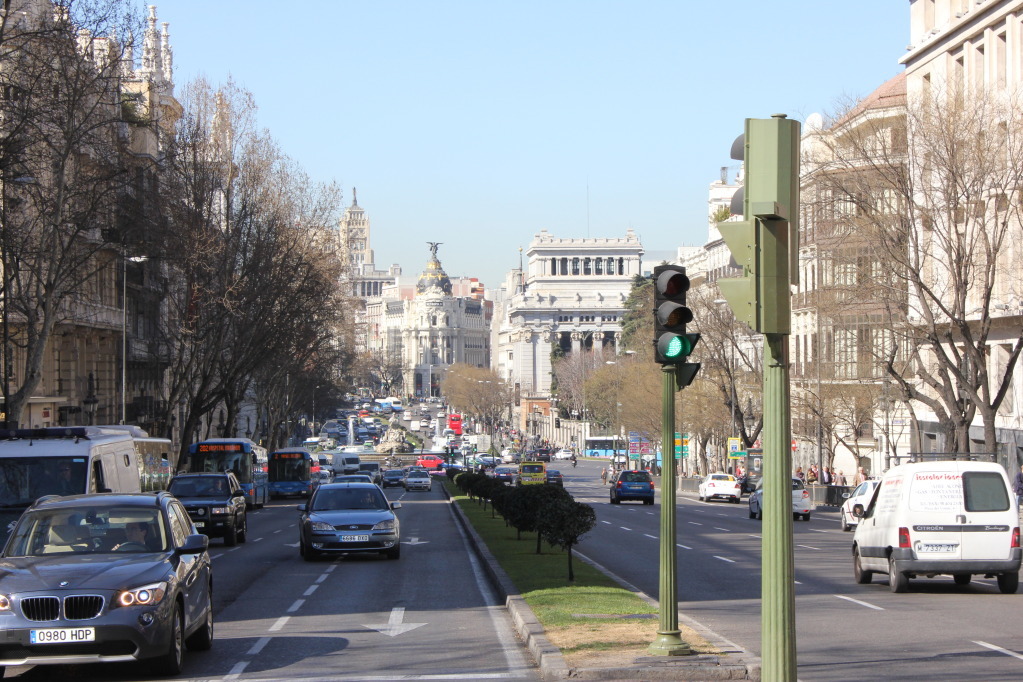 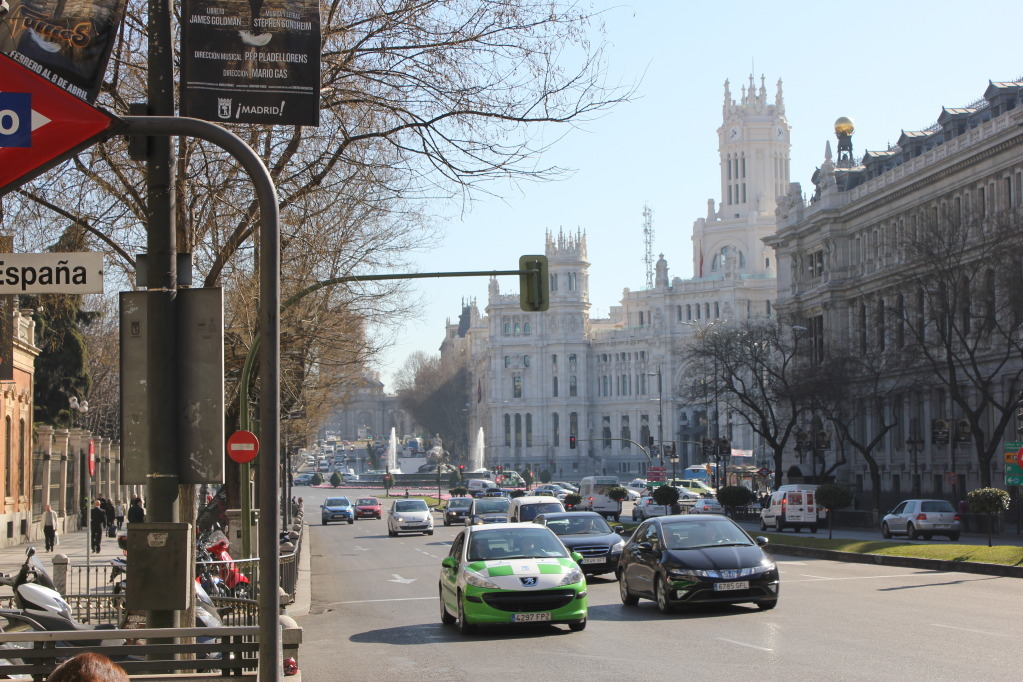 A crowned street area of ​​Spain. 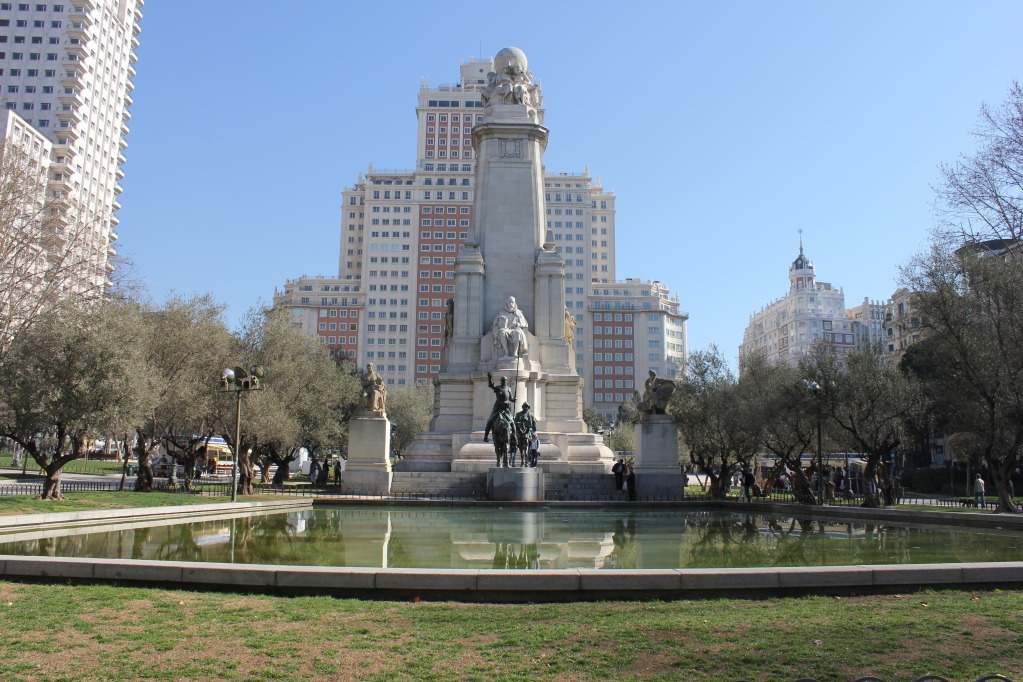 April 5, 2010 the grandson of Alfonso XIII, the present King of Spain Juan Carlos I took part in a special ceremony at the Gran Via in honor of its centennial anniversary.  The day before the Gran Vía opened a special bronze street layout, which celebrates its 100th anniversary 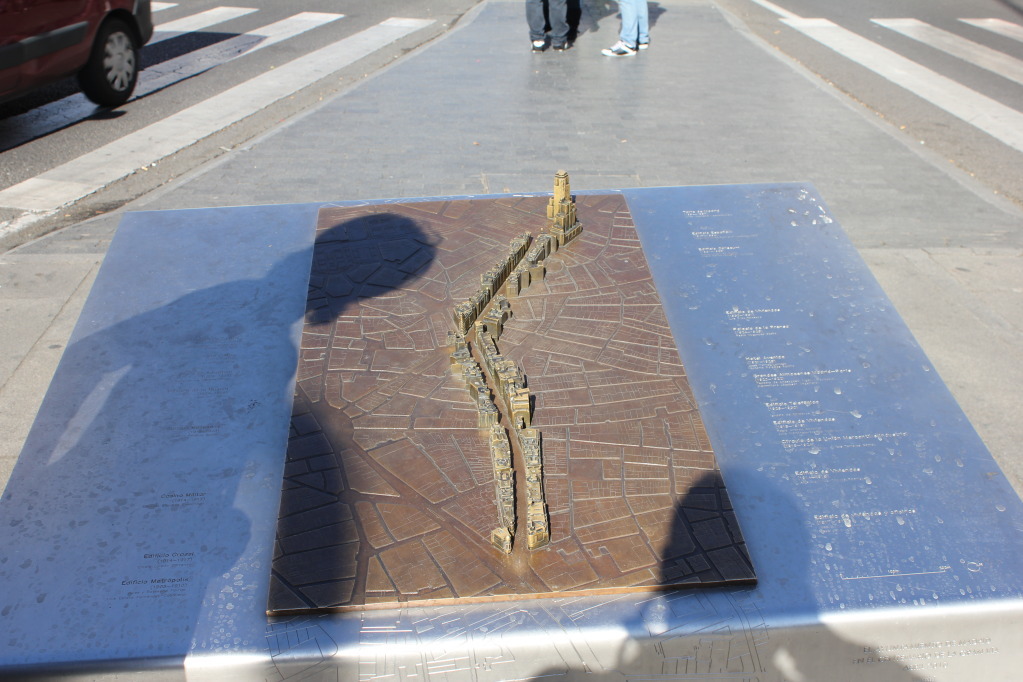 It seemed to us, Madrid is full of all these subtle but memorable sights. If you take a map of Madrid and study it carefully it is already evident here first miracles - the names of the streets .... "embroiderers Street", "Street Angels" - and how many of them such wonderful, mysterious and romantic can be found on the map. A  plate with house numbers and names. This seemingly inconspicuous, but very memorable sights of Madrid 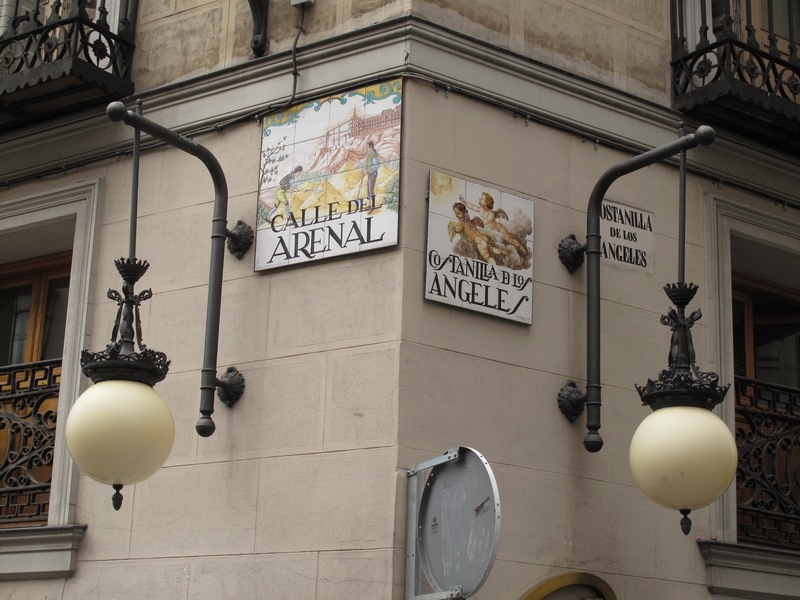 If the roll into side streets, it opens the true Madrid, full of secrets and mysteries only need to look carefully at the sides, because the city is full of monuments, but not famous and ordinary people, and at every turn we seek something new.  Although, of course, the most Madrid is famous sculpture statue at the Puerta del Sol - bear a strawberry tree, symbol of the Spanish capital. 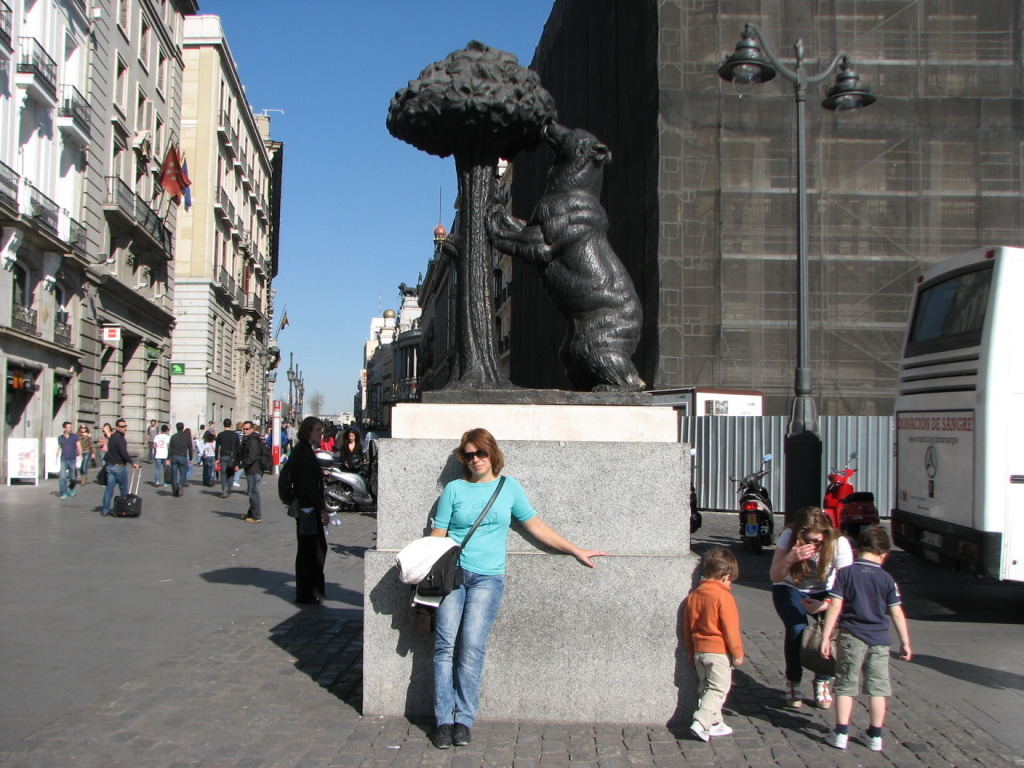 But Madrid is a city that is not bound stamps "attendance is required," it gives you the freedom to choose. Want to go to museums, visit the famous "Golden Triangle of Art", which includes the museum Prado, Reina Sofia and Thyssen-Bornemisza - easy! Want to go to the theater, which in Madrid a great many - a piece of cake! Or just wander the streets, looking in shops, cafes and a gate? It is also possible. 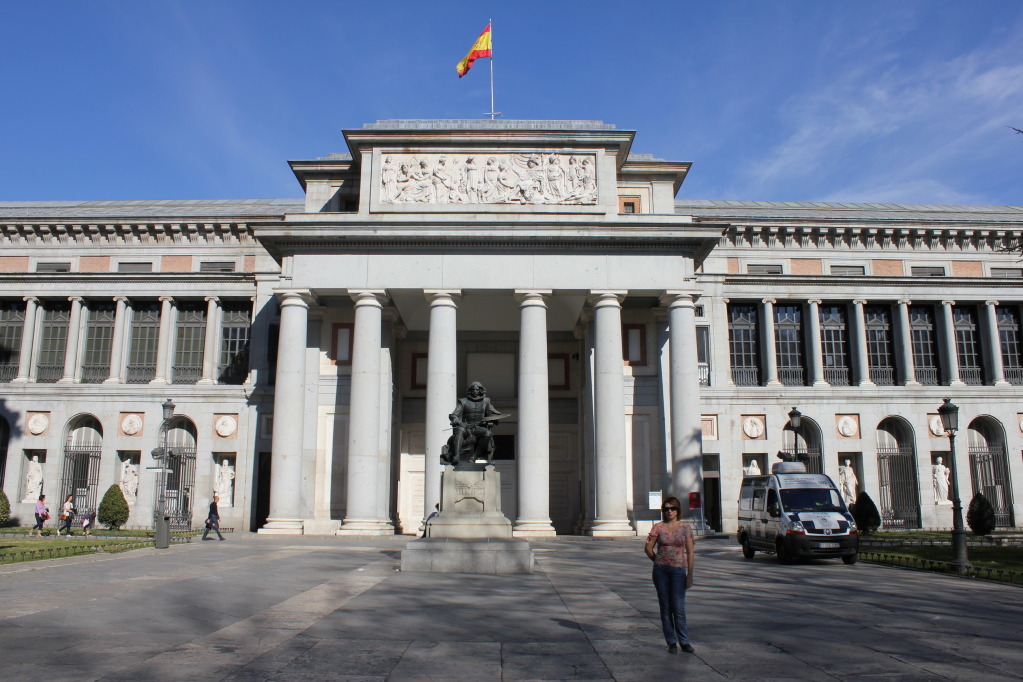 We chose a little of everything. Strolled through the streets, went to the park and botanical garden looked in the Prado Museum. In it, in my opinion it is necessary to visit. It's worth doing, both because of the tremendous concentration of there original immortal paintings of great artists, and for what would then never again suffer illusions about the size of a "center of world culture." No one doubts that the Prado is a unique treasure trove of works of genius. But apparently it's a small house on a shady alley, which can unknowingly pass. He is a classically harmonious, cozy and looks a bit like a Moscow district house pioneers.
Author: crocuc
https://travel-cam.net/sl/storyEnsa