AdBlock detected. Site operation may be disrupted due to running AdBlock. Please disable it for this site.
Home Stories Slovenia

Half an hour drive from Lake Bohinj and we are in a new place. Today I'll show you one of the wonders of Slovenia, namely Lake Bled. Place enough so popular with parking we had some difficulties, after 10 minutes of searching, we finally found the place and then out of nowhere came comrade and said that this car park and you have to pay tribute to, the size was perfectly acceptable, so agreed. So keep in mind the place where the trouble to throw the car there, and the road is still tight on the side of not quit. The famous island with Mary church. To visit the island offered for rent traditional wooden boats called "wattle". 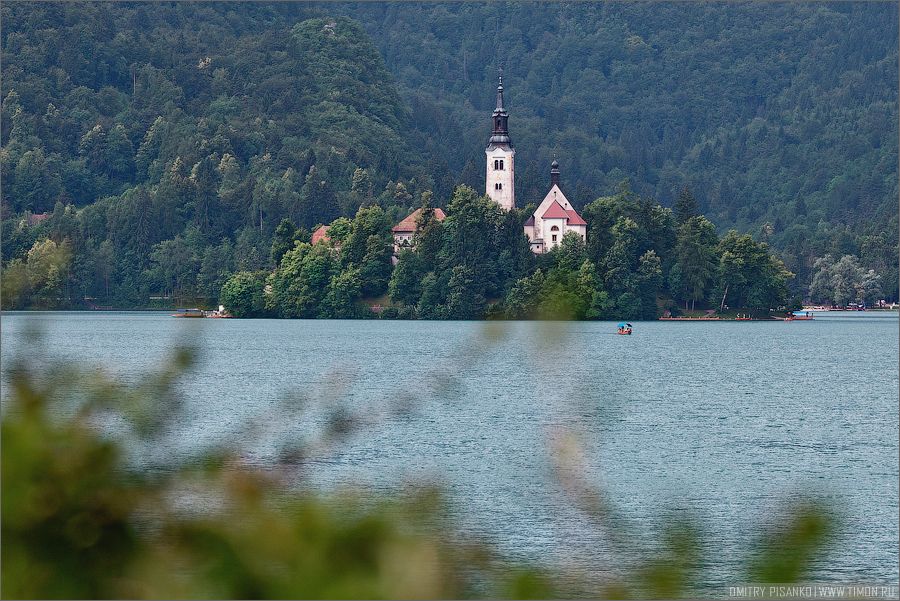 You understand housing on the lake worth mad money, so here is the local "Ruble". 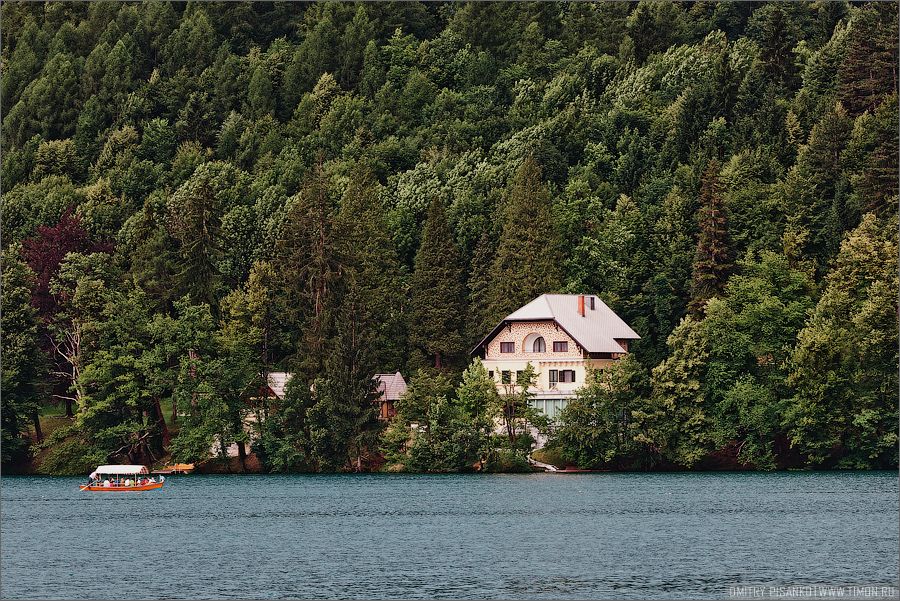 Buildings are not very dense, but nevertheless there is no empty seats. 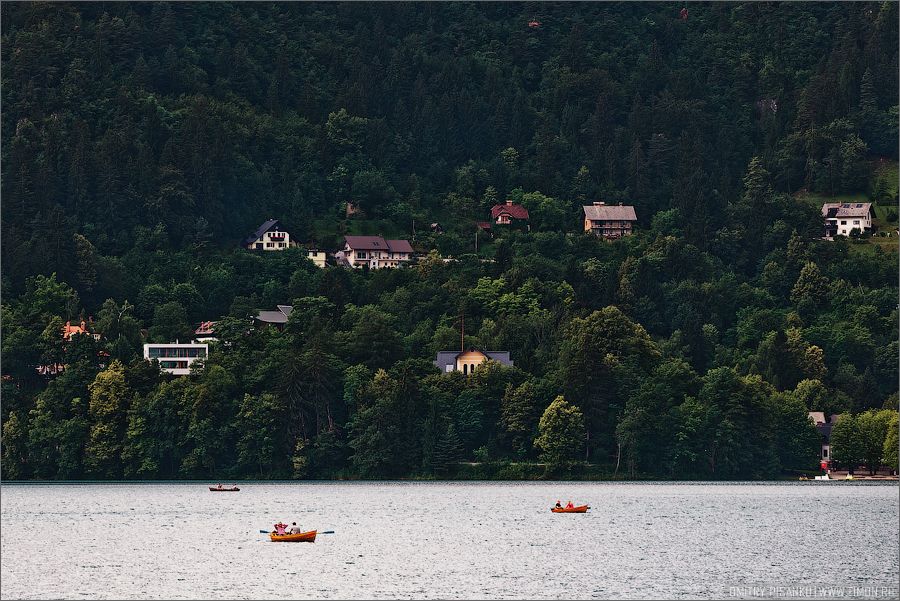 For those who are too lazy to swing yourself oars in the boat rolling, you can use the services of a local river taxis, will sit in crowded, but not tired :) 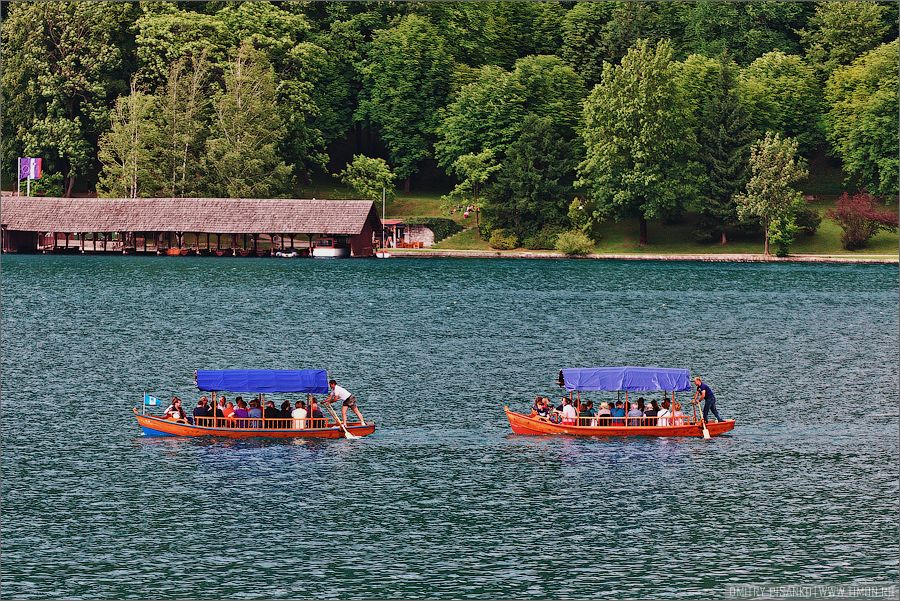 Initially we wanted to visit the island, but it was already almost two hours, and we decided to go for lunch. In parting, photographed church and went in search of the restaurant. 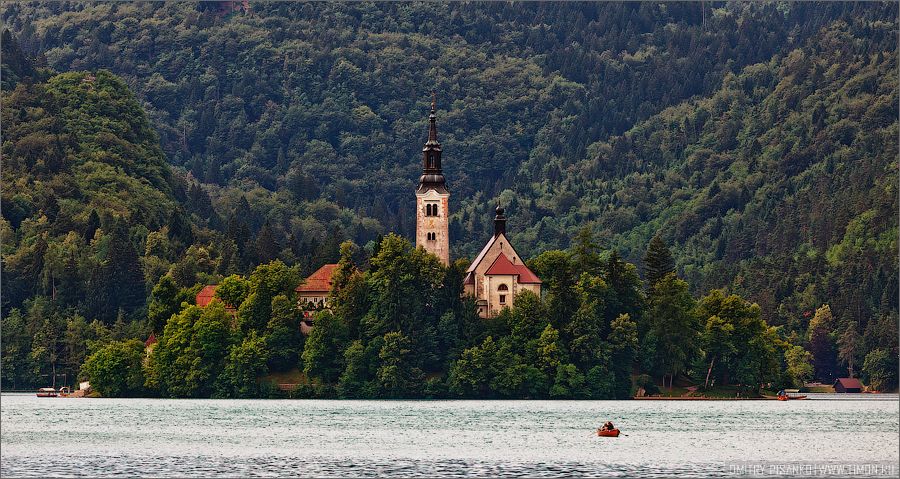 As a result, took place with a gorgeous view. Meet the Bled Castle. It is necessary to underline that this lake we had a long lunch-time, almost 2 hours, the waiters here vooobsche nowhere in a hurry. 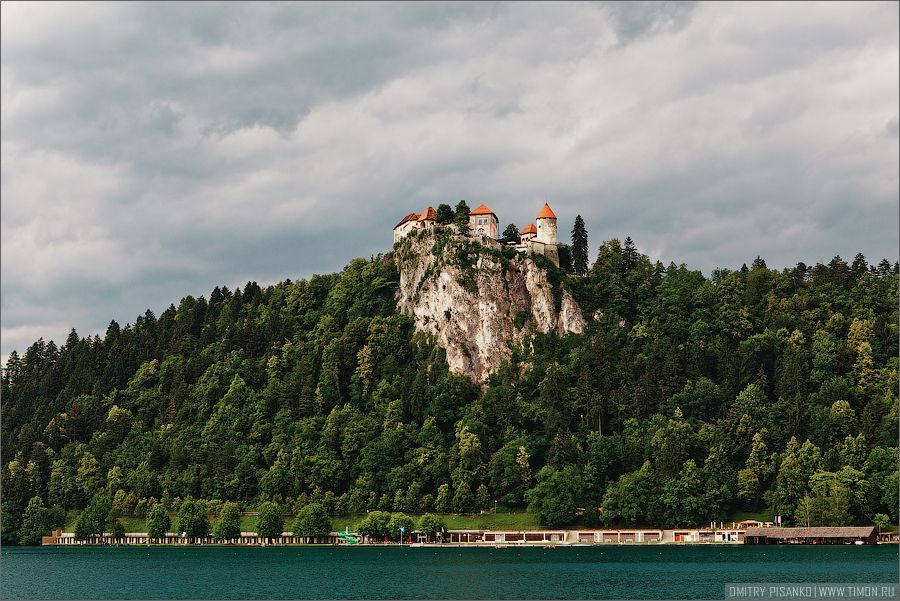 6, while waiting for the food was nothing special to do, so photographed. See how the color of the water, depending on the lighting in the photo from left to overcast, sunny right. 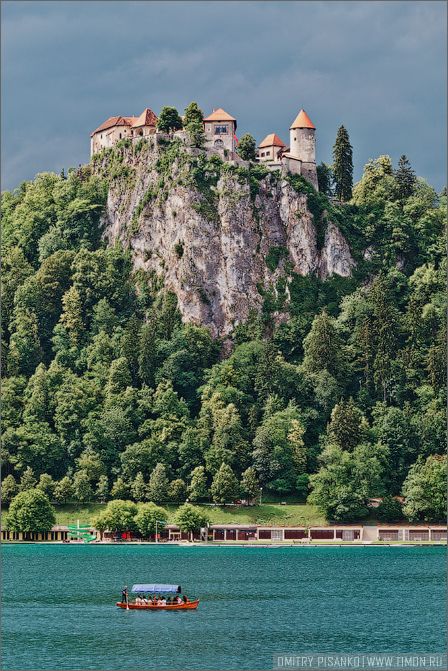 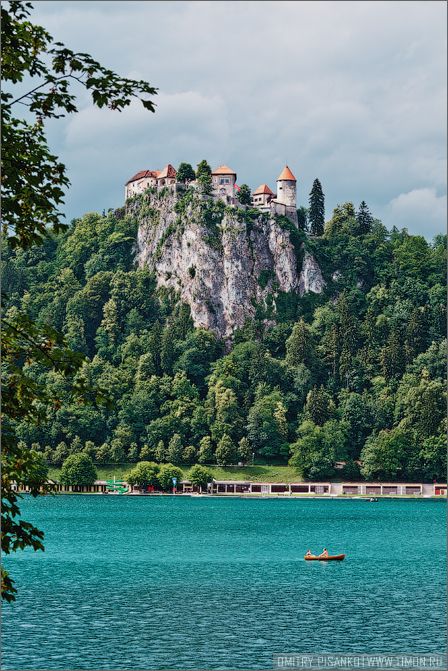 Castle closer, we are now in the way he went on a tour. 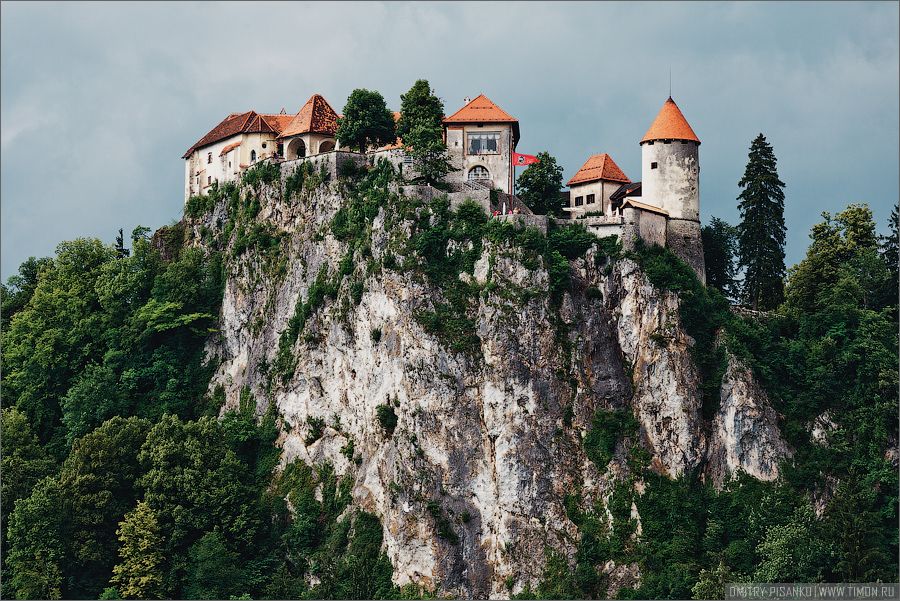 Julia said that she was tired and not going anywhere, so I went to explore the castle on their own. I was lucky, a huge group of tourists left, the new has not yet arrived, so the people inside almost was not. Admission is by the way an impressive 10-12 euros, do not remember exactly, but expensive. 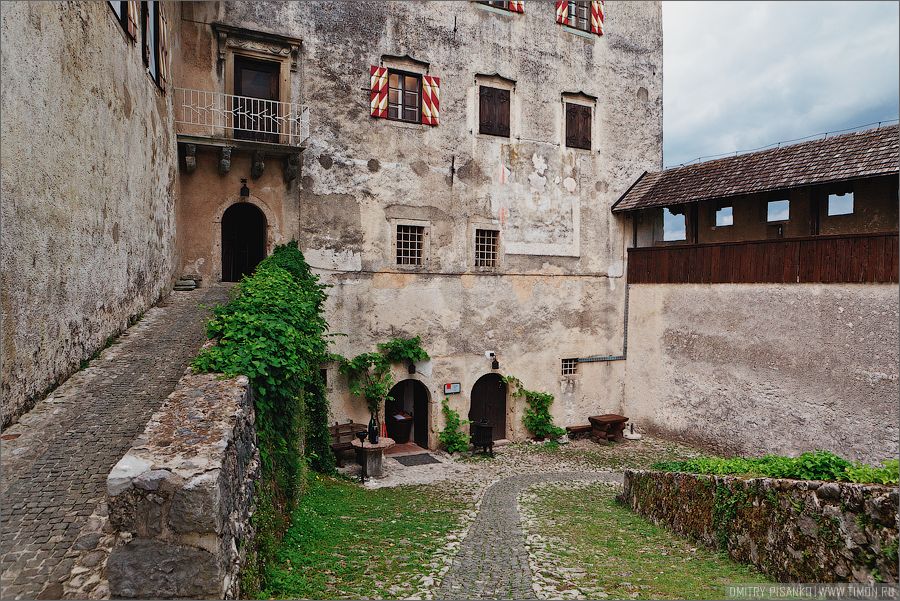 On the lookout to my surprise, I discovered that there is a wedding. This way a local wedding photographer :)

Who bride where the groom? 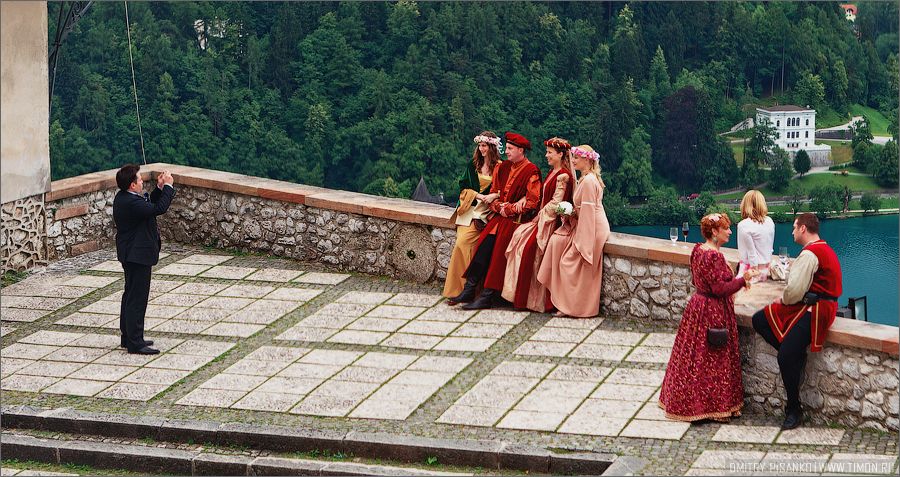 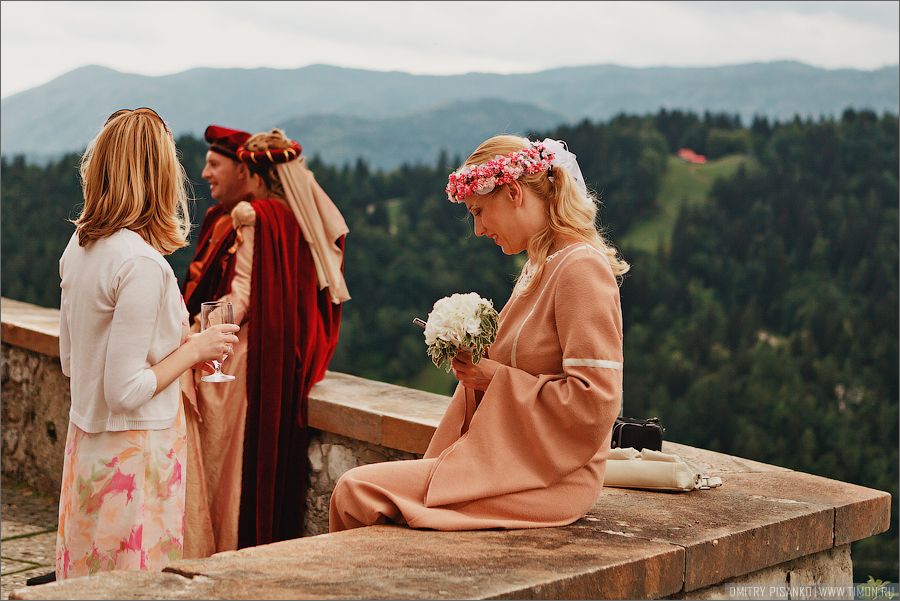 Very colorful uncle. Unfortunately, I ended up here at the very end of the wedding and everything is already almost gone. It is unfortunate ceremony certainly was interesting, considering that in the inventory lying around a few swords, shields and bows. 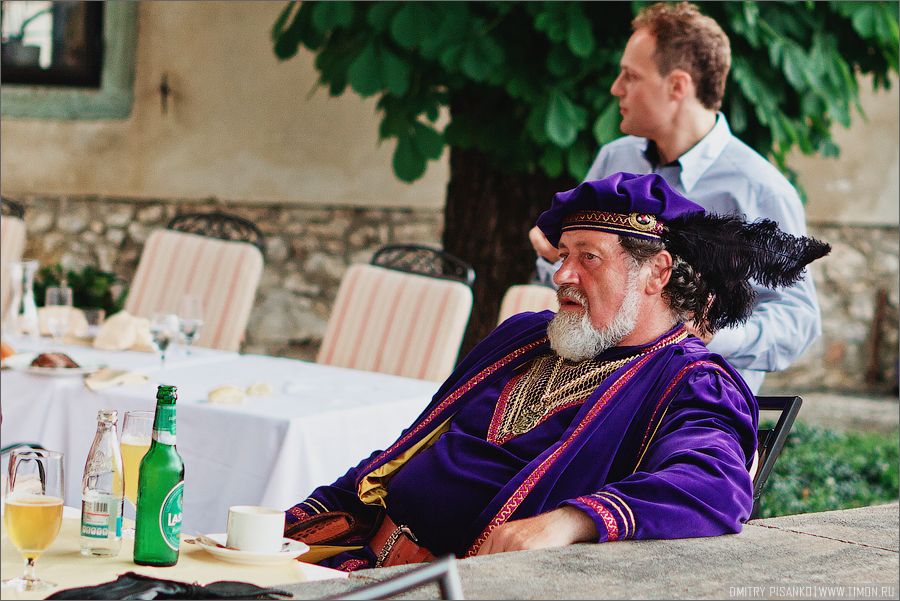 The wedding is over, so let's get to the observation deck, in principle, nothing new, just a different perspective. 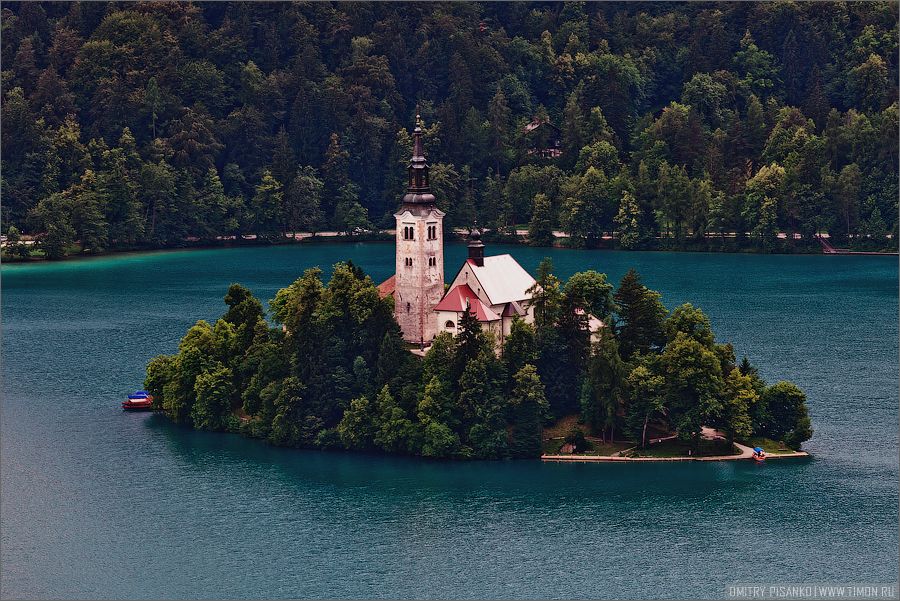 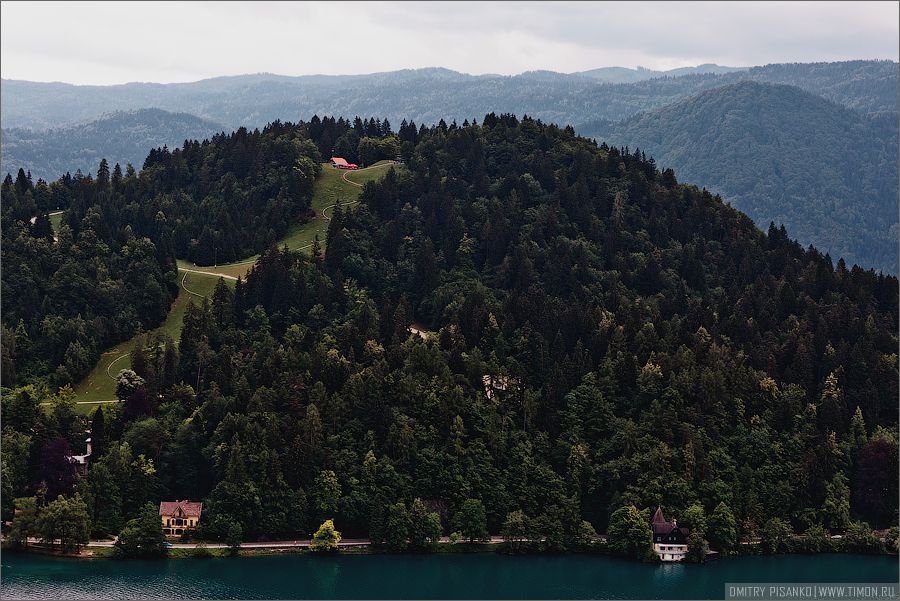 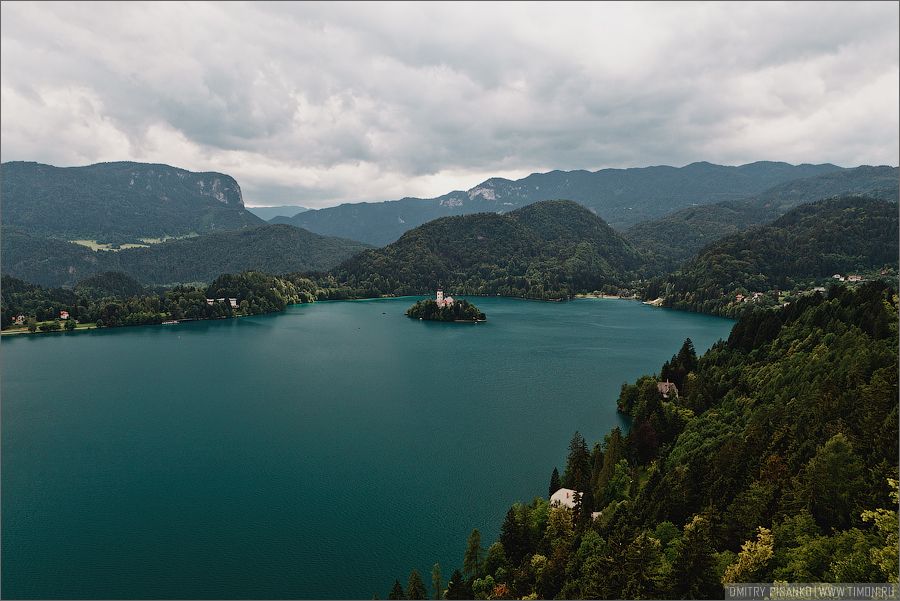 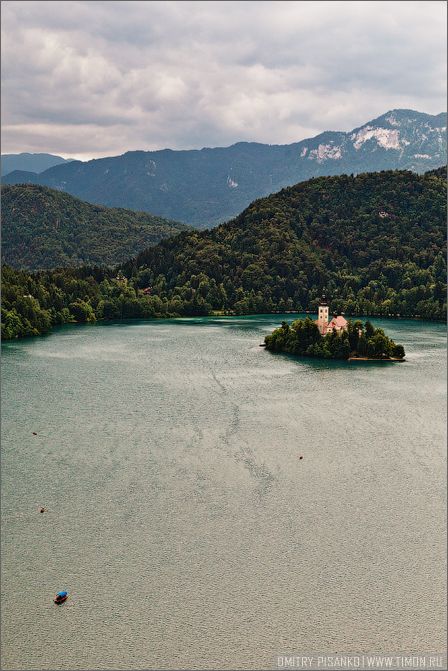 Sin was not to make a panorama

The inhabitants of the castle 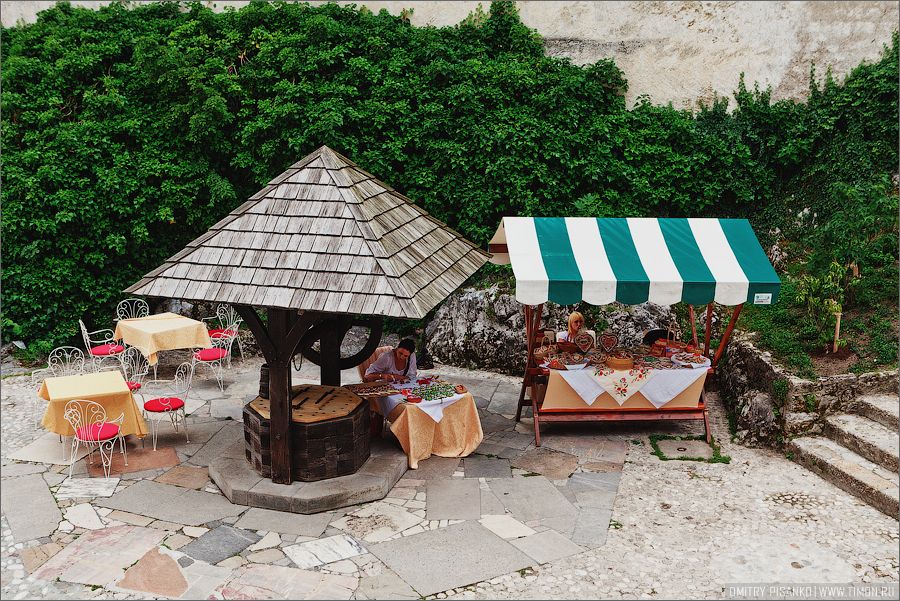 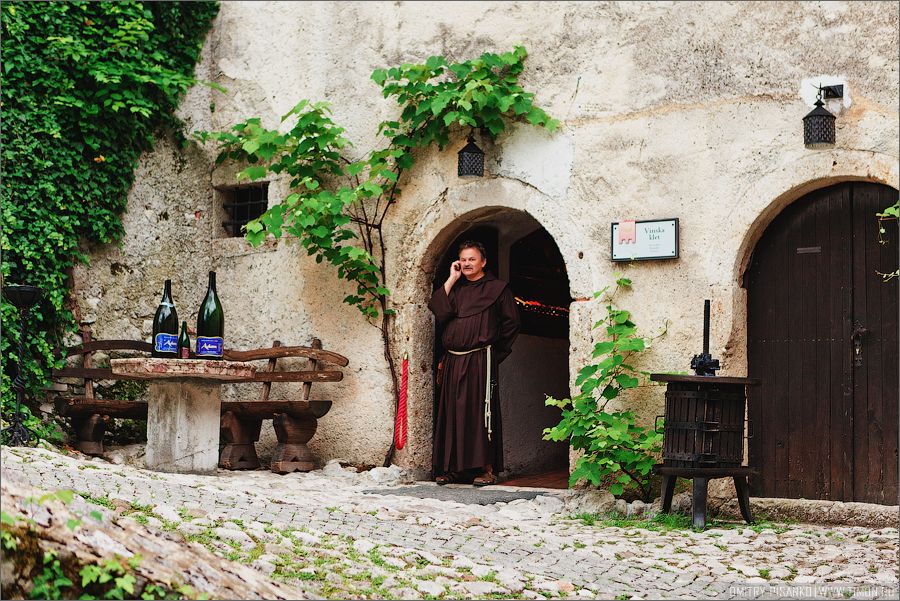 Several farewell landscapes on the walls of the castle. 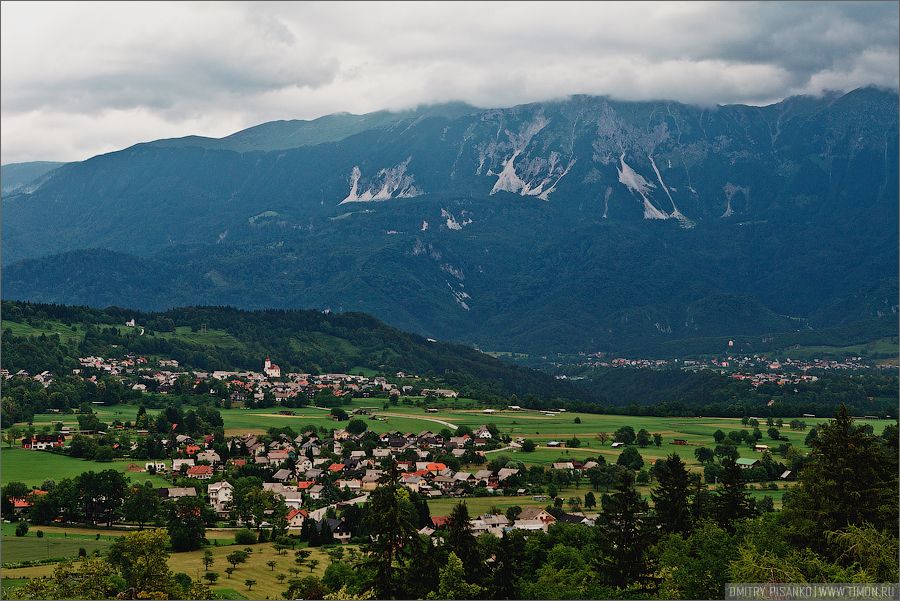 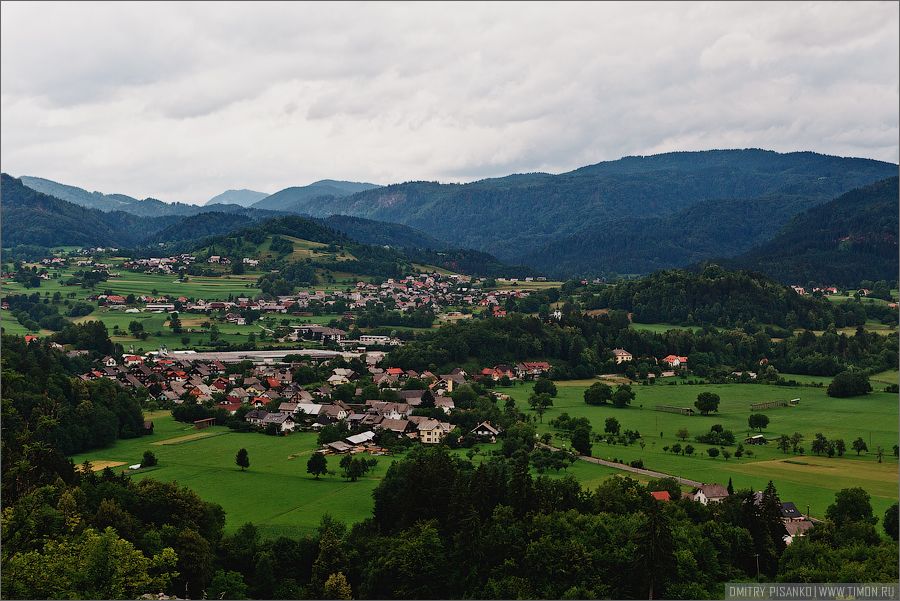 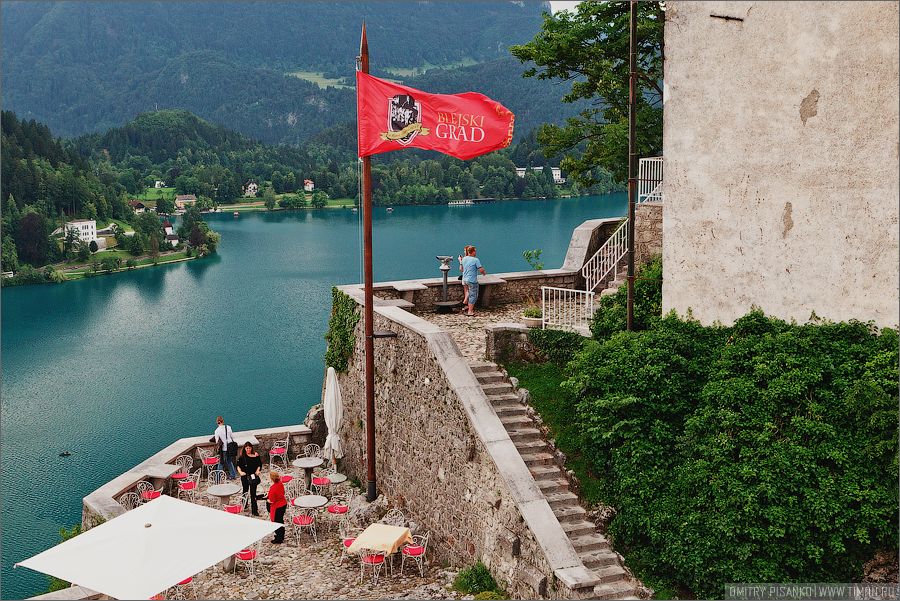 So it's time to say goodbye with Slovenia, in front of us was a long 400 km to Vienna. We went though we had a long, but great praise Austrian motorways fast enough. During the road happened a couple of stories, drive up to the payment of the highway, travel cost 13 euros, I am twenty and extend my hand to pass, she looks me straight in the eye, smiles sweetly and wakes money by hand. The street was rain, I opened the door, looked under the car, I think, well, damn it all behind, uncomfortable somehow and went. But all the way I was tormented by the thought that she had done it on purpose, and Th, a good part. Near Vienna managed to get into a half-hour traffic jam, and judging by the flashing lights in the front, we were not far from the crash, 10 minutes after the start of the mash flew the helicopter flew away after 10 minutes, another 10 minutes it took to pull the car off the road. Journeying saw that the accident was serious enough, but service coped just half an hour. Ahead of us prim Vienna, but about it in the next post. Thank you for your attention!