AdBlock detected. Site operation may be disrupted due to running AdBlock. Please disable it for this site.
Home Stories Philippines

Hong Kong went to the capital of the Philippines - Manila. There are staying in klopovnike closest to the airport since arrived late at night and fly farther we had early in the morning, slept for a couple of hours in the end. Inside the Philippines all flights made by local loukosterov - Cebu Pacific. Before the trip had read horror of how easily and naturally local airlines cancel flights and transfer, but everything worked, suffered just one run, and then at a more convenient time, as warned in advance by e-mail. So, we fly from Manila to Tagbilaran City - administrative center of the province of Bohol and the island of the same name, but we need a neighboring island - Panglao, Bohol and is connected to the bridge. Find a taxi and go to the hotel. 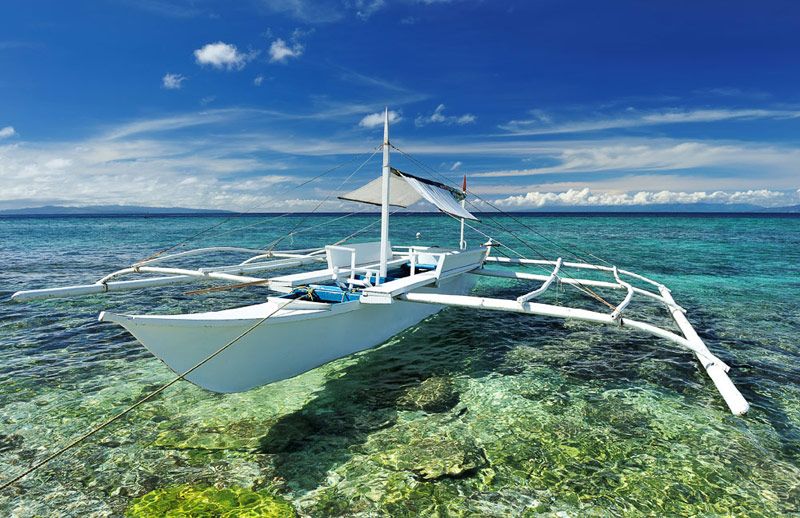 The hotel is located at the beginning of the main local beach, Alona Beach. 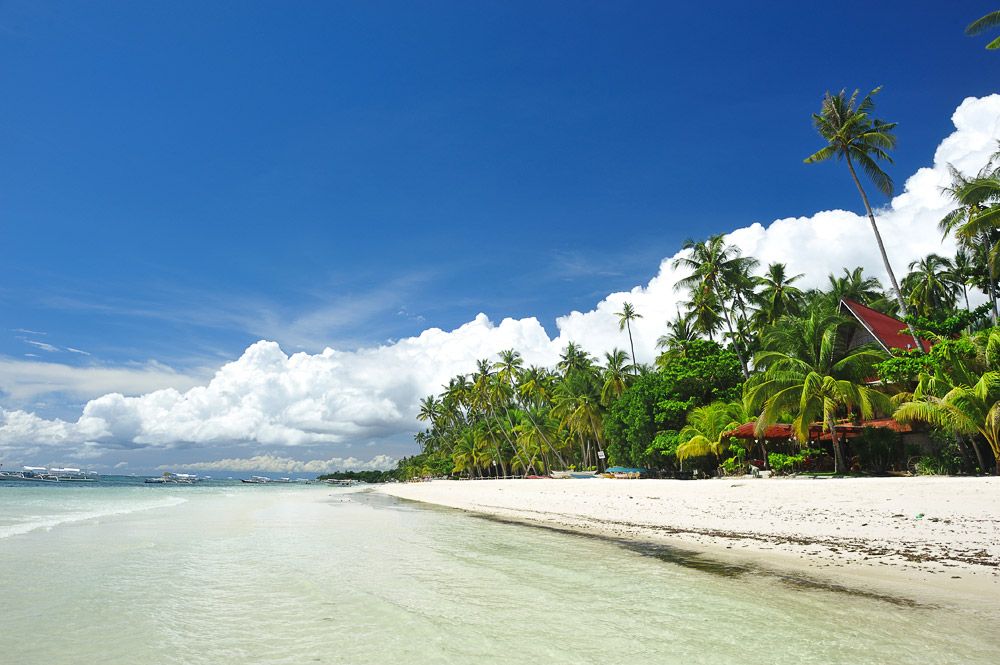 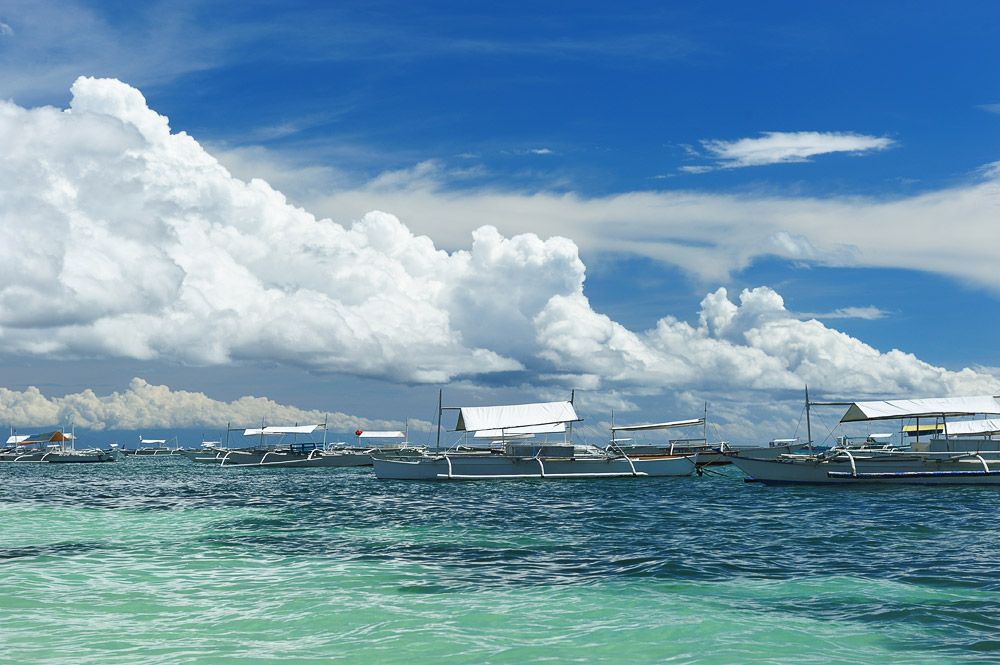 The hotel is located not on the beach, and on the cliff side, towering over him. With its beautiful views of the territory.
In the evening, meeting sunset lying on a sun lounger this with a cocktail ... I do not remember when and where I have so relaxed) 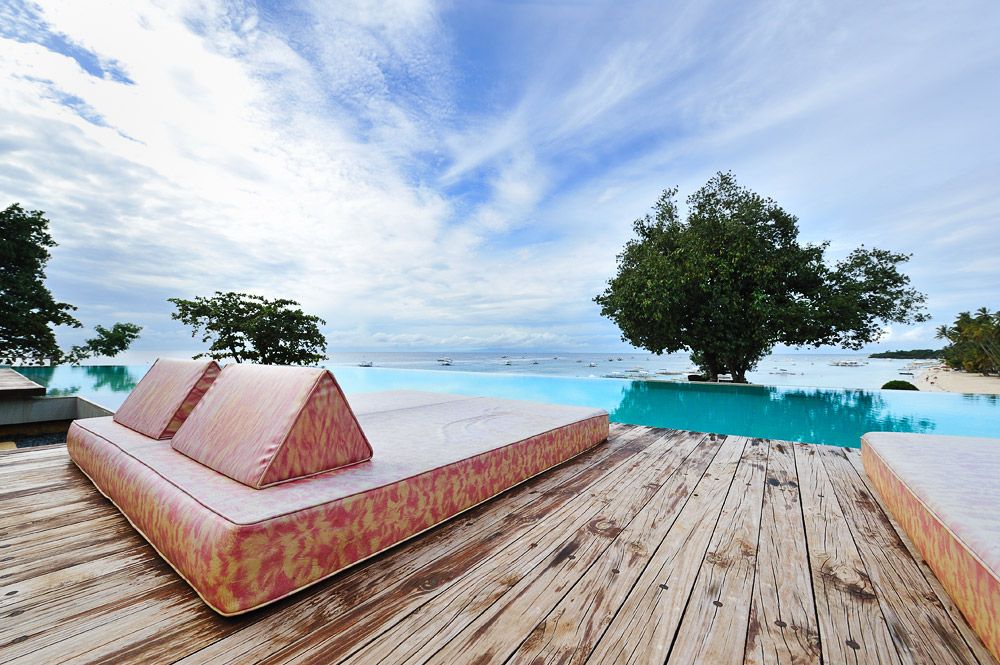 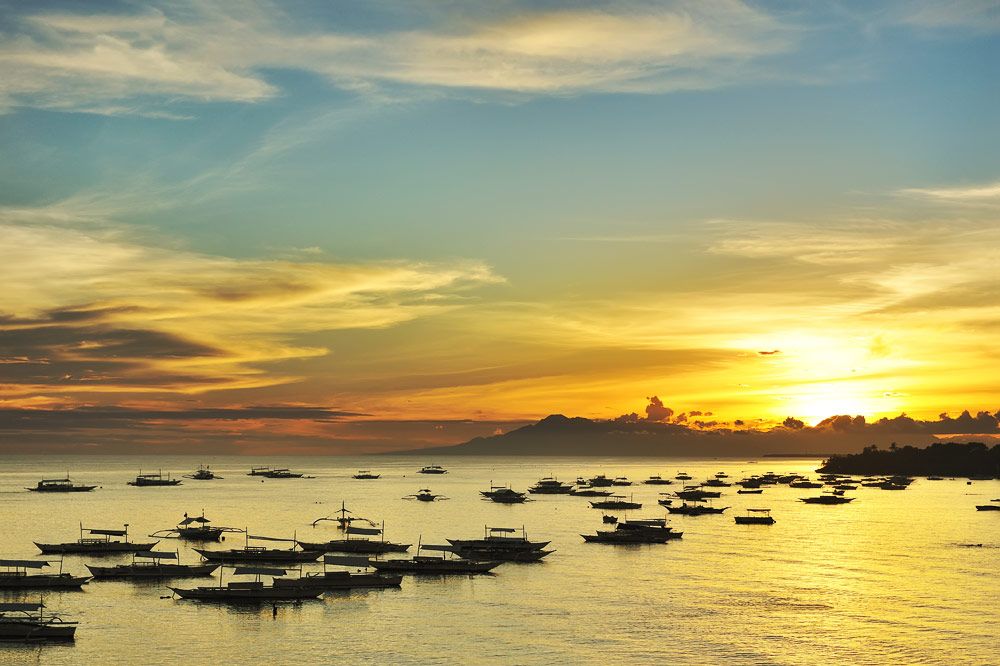 Already close to the shore is something to see with the mask - corals, fish, shellfish. First time diving, I immediately met with a floating near a snake) A lot of starfish. 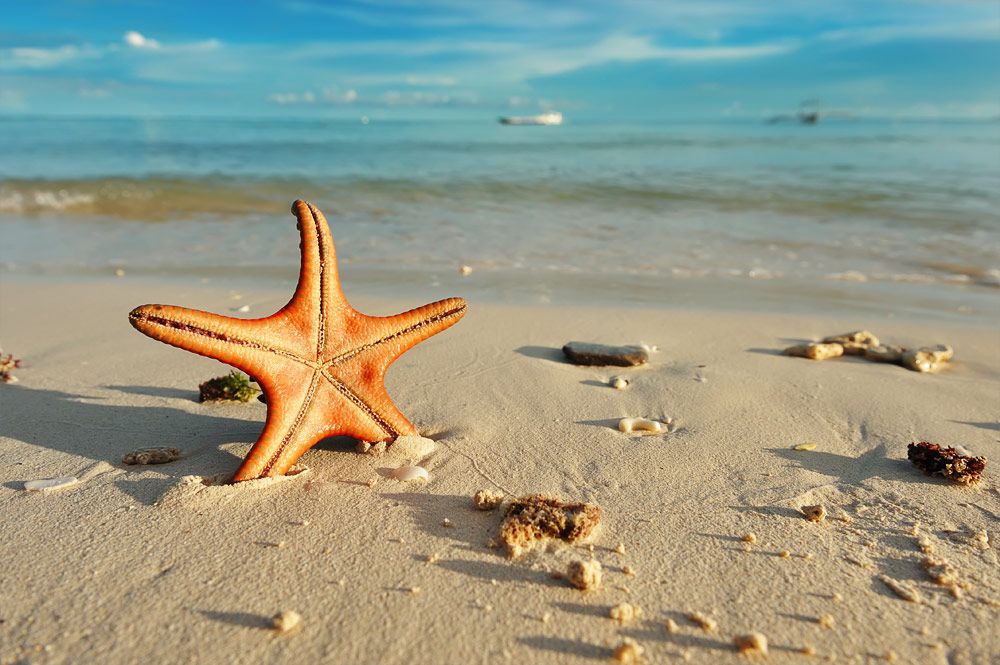 And other animals are also missing. Here's a gecko crawled into our room, I tried to catch him, but when I touched it up, he screamed, I could not imagine that the lizard is able to) 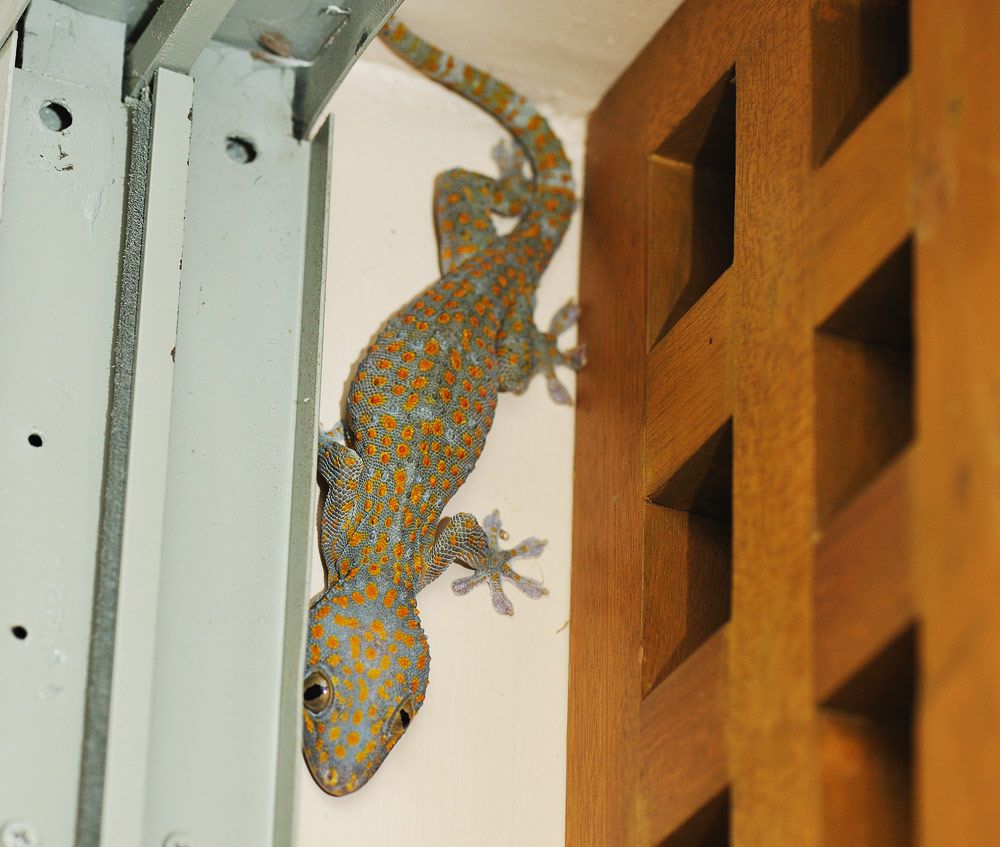 Home already, I found that it Tokaj gecko, which in addition to its "singing" (you can listen to the link above), is known that if he bites, it can not let go for a few hours, has a reputation as a pit bull in the world of geckos) In addition to the beach Bohol two main recreation programs - a trip around the island with a tour of the local cultural and natural attractions and the neighboring islands. All this is offered here on the beach, wishing you ride a lot, so we can safely bargain. Also on the beach is everywhere massage, no more expensive than in Thailand. So, the neighboring islands. The main route is - first island Puntod, better known as the Virgin Island, then the island of Balicasag. Here on this ship traveled, here you can see our team - the captain and first mate) is called the Court of the names of Catholic saints. 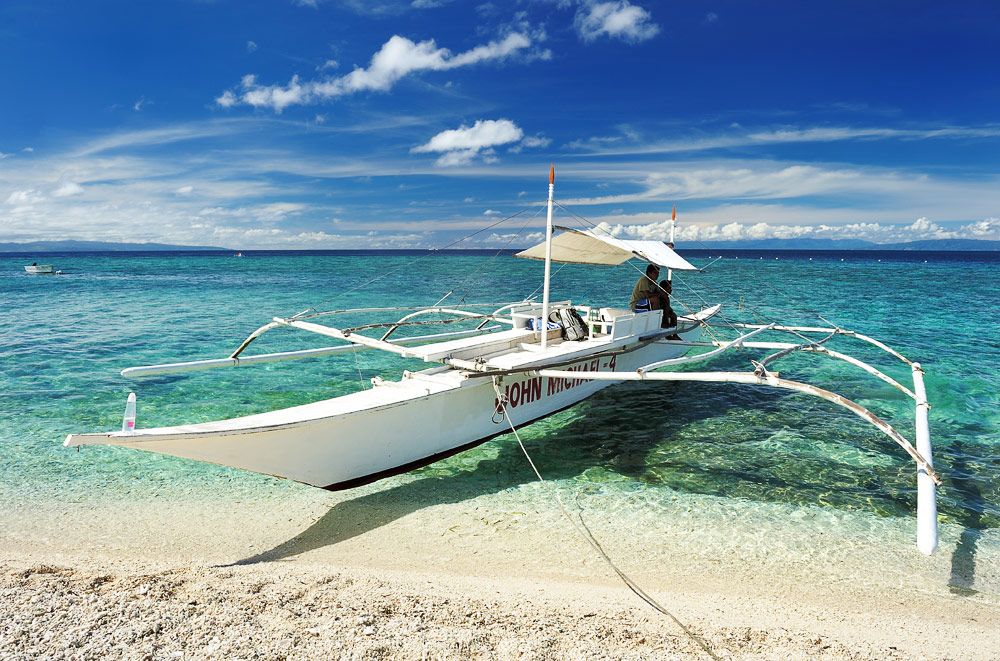 Come out to sea early in the morning to the road for the first island to catch dolphins. As the captain said, dolphins swim every day and the number of them can be very diverse, ranging from a few units. We were lucky, the dolphins were quite a few, "I think about a hundred" - said cap. But the pictures they got more casual, as were very active and emerges in various places quite haphazard. 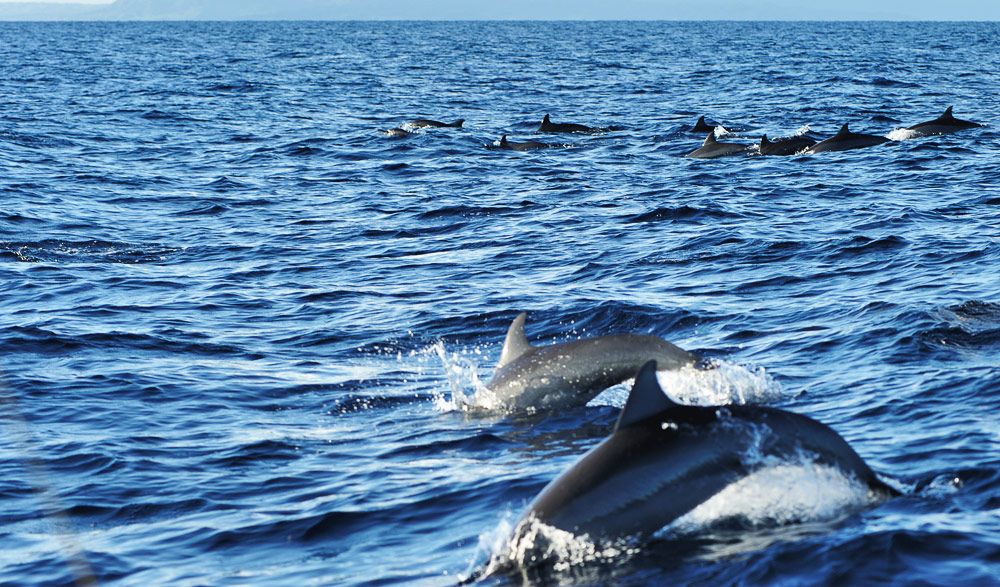 They obviously flirted with boats - floated in front of them in parallel, fully emerges from the water.

Virgin Island - currently uninhabited tropical island is very beautiful. Has the shape of a comma where the tail - a long sand spit. 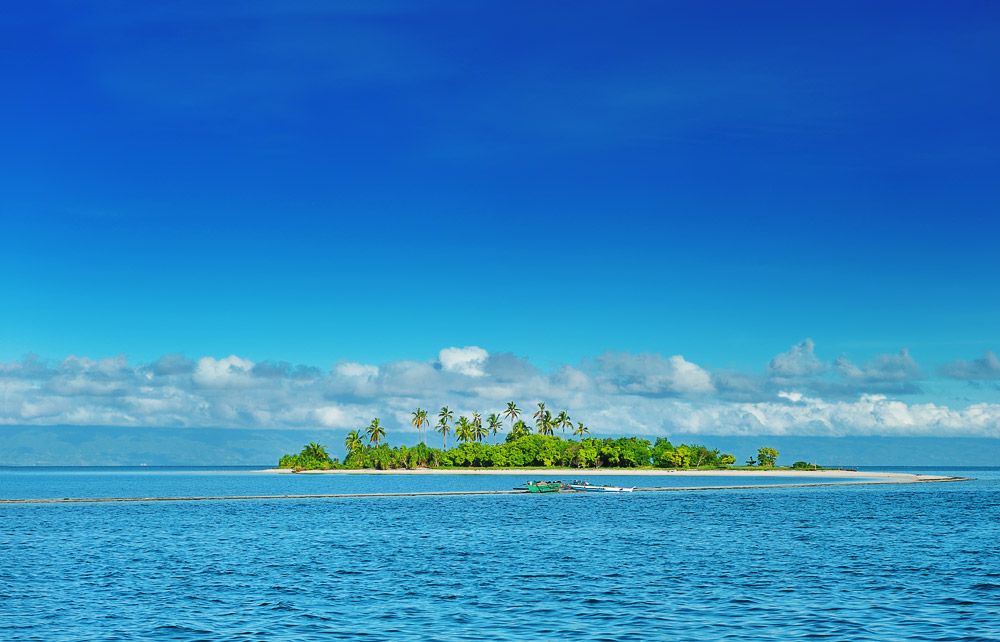 On the island we were met by a fisherman offering dine sea urchins, Sea Urchin. I have eaten sushi in Japan with Urchin, so it was not too bad and it was decided to eat), he served it to us in this way - a knife split the body dumped insides scraped with a spoon and caviar from the inner surface - and eat it. In the photo you can see a ready-to-eat hedgehogs. The dish is generally on a great lover, although it is considered a delicacy. There should only "for show") 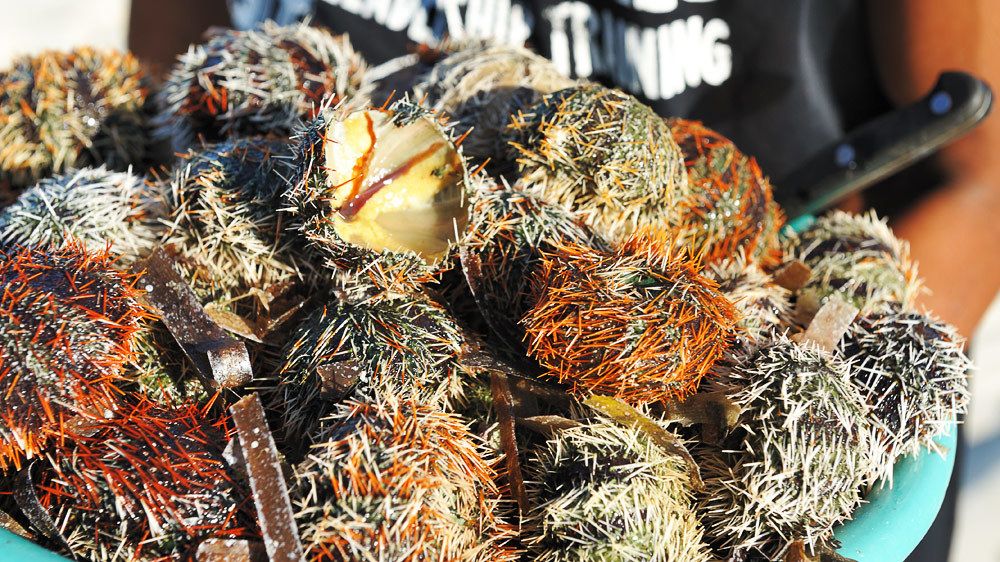 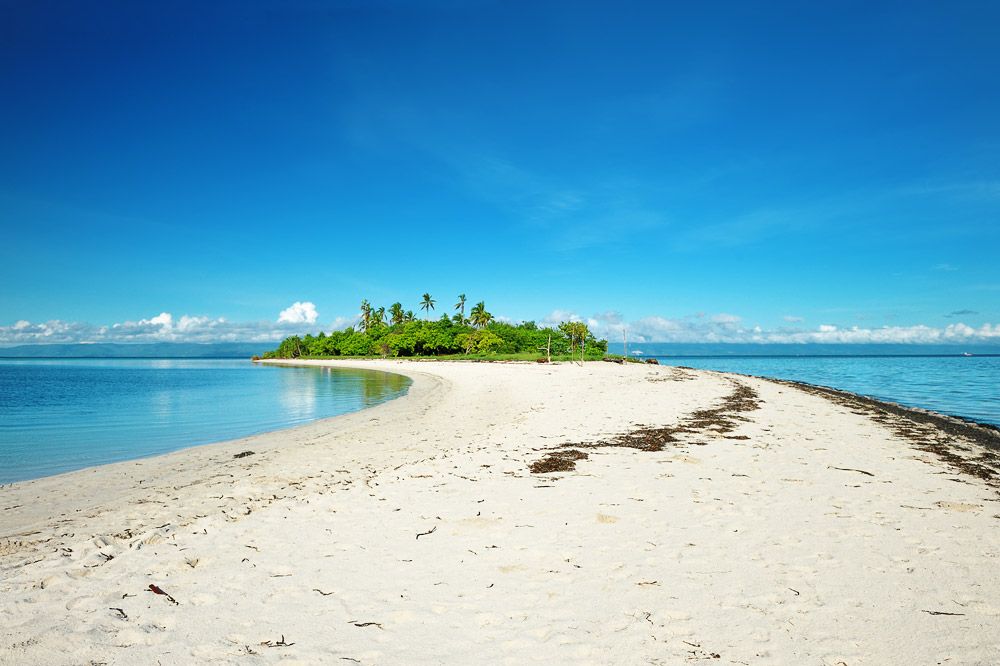 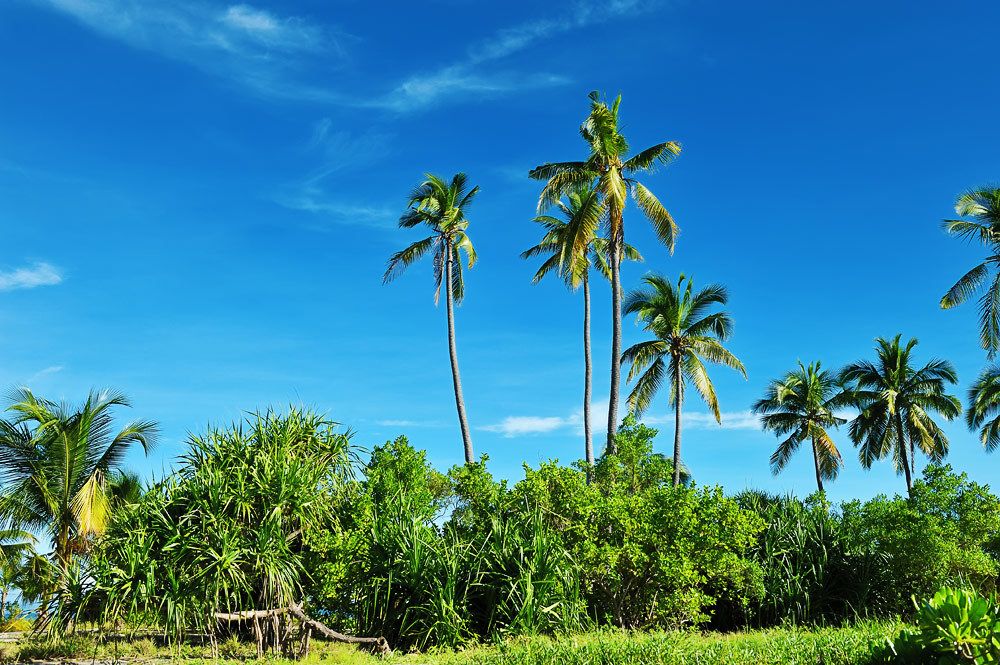 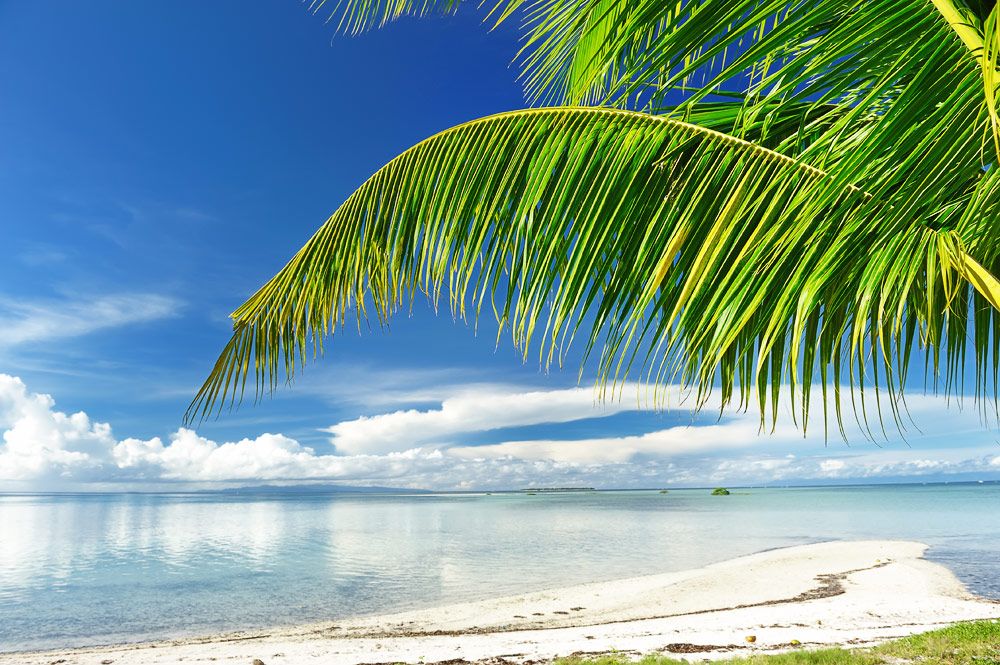 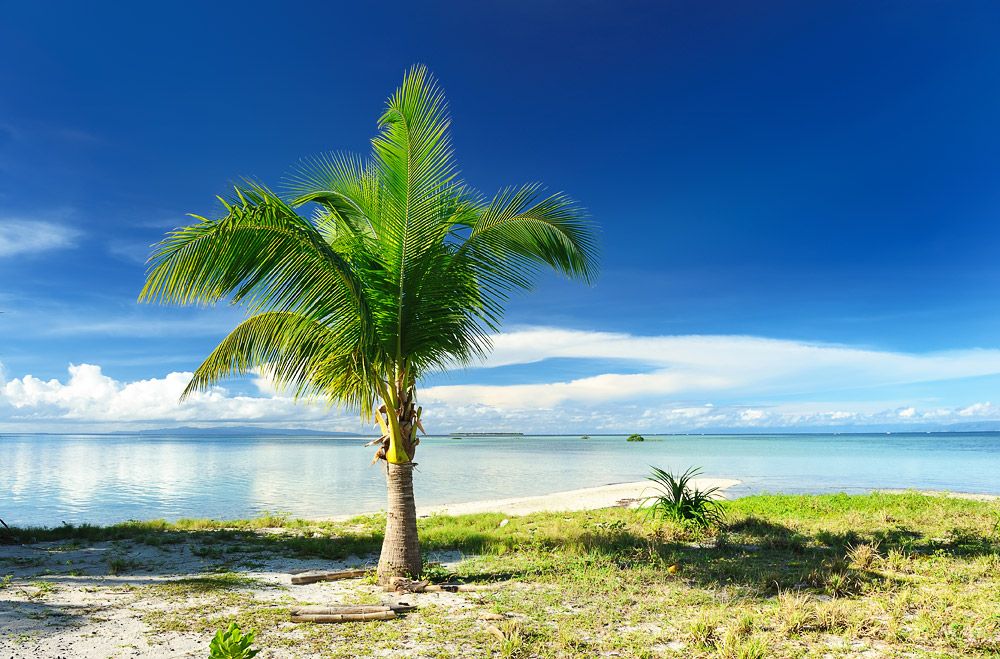 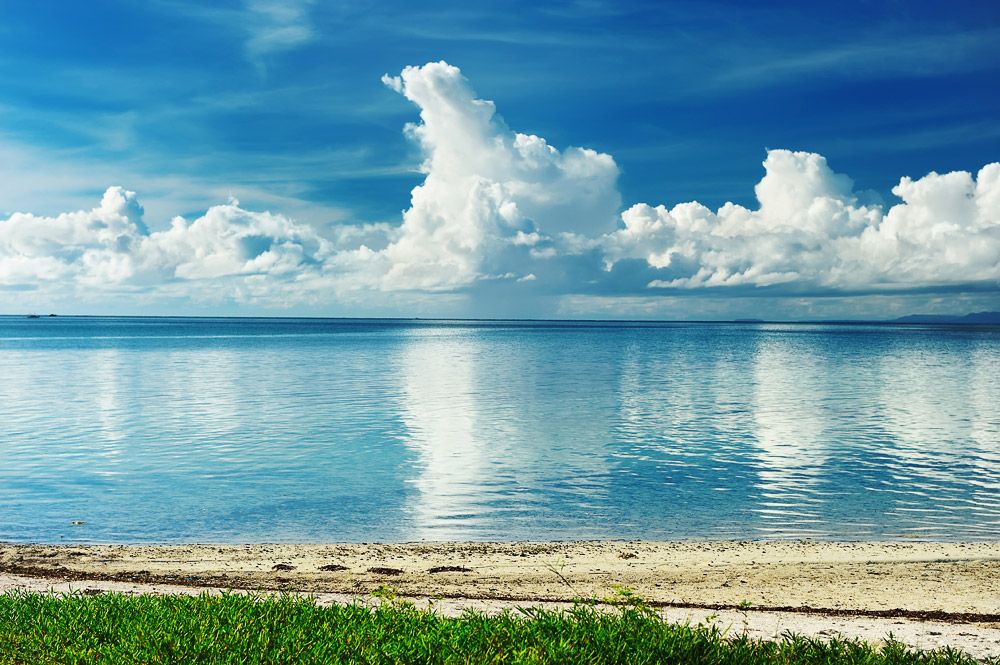 Went around the island and sailed on, leaving one last look)

The next island - Balicasag. This is already inhabited and more) 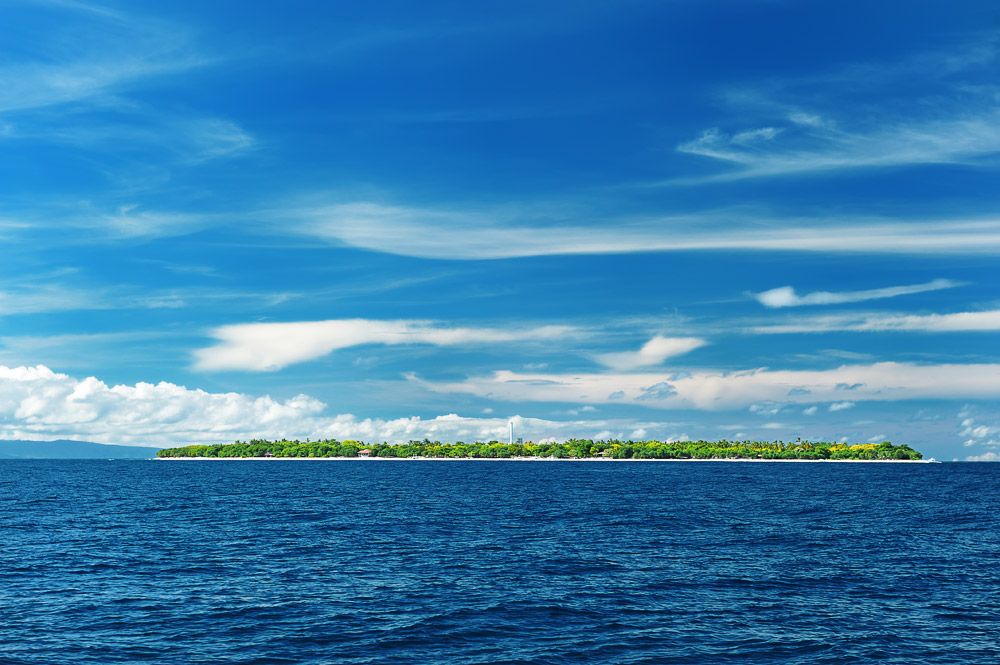 There is a real diver's paradise, clear water and the underwater world is amazing. The title photo is made here too. The main time we spent on the island under water, snorkelling. 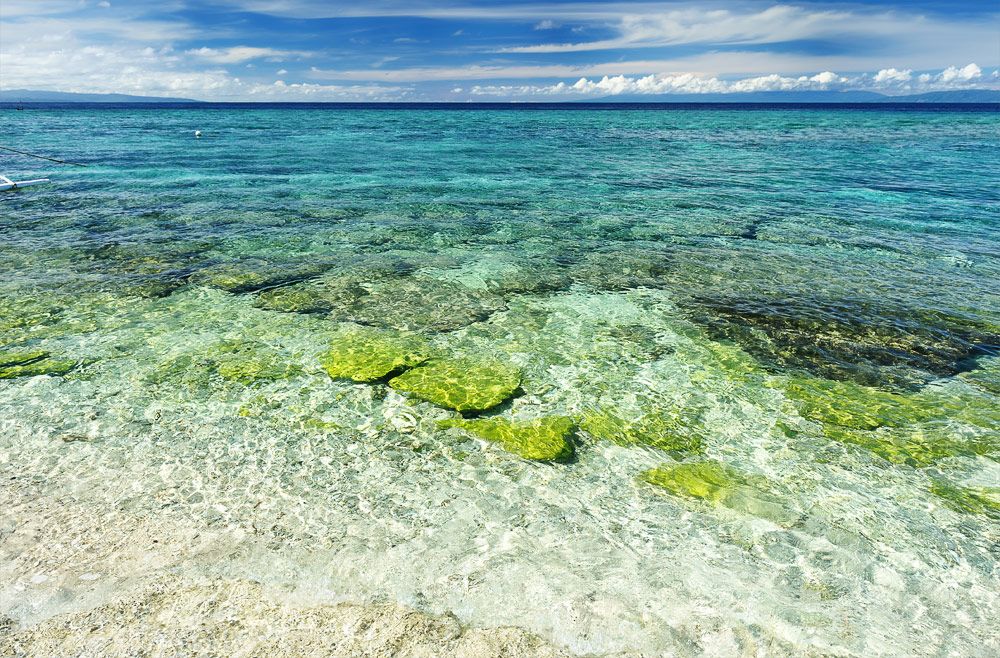 Next trip - the island of Bohol. The Contracting on the beach the next day after you calls in the car.
First stop - Chocolate Hills. Interesting natural phenomenon - a lot of hills and about the same about the correct form. They are covered with grass, which dries gives them "chocolate" color, in this case the grass is still apparently quite fresh. 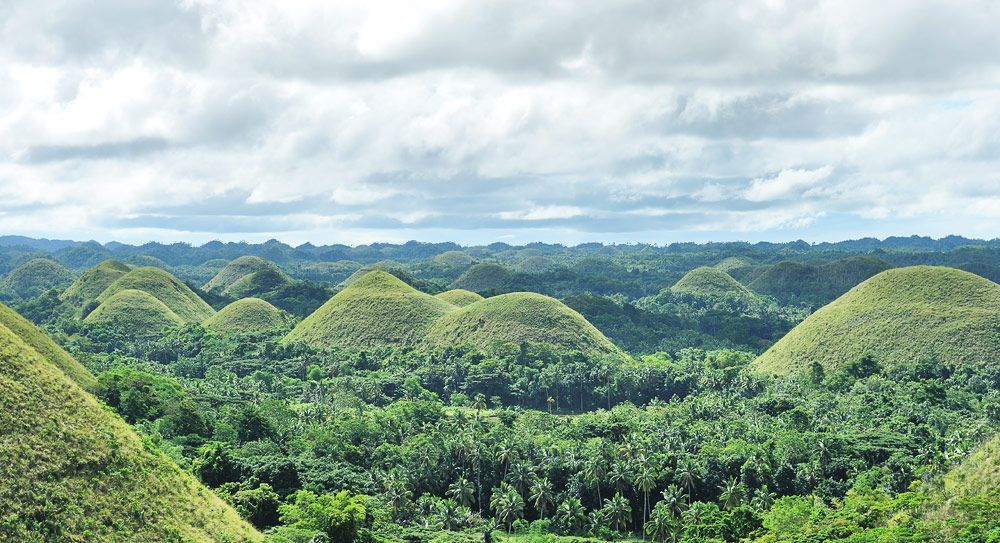 Next stop - the farm tropical butterflies. The day was rainy, and butterflies mostly hiding .. 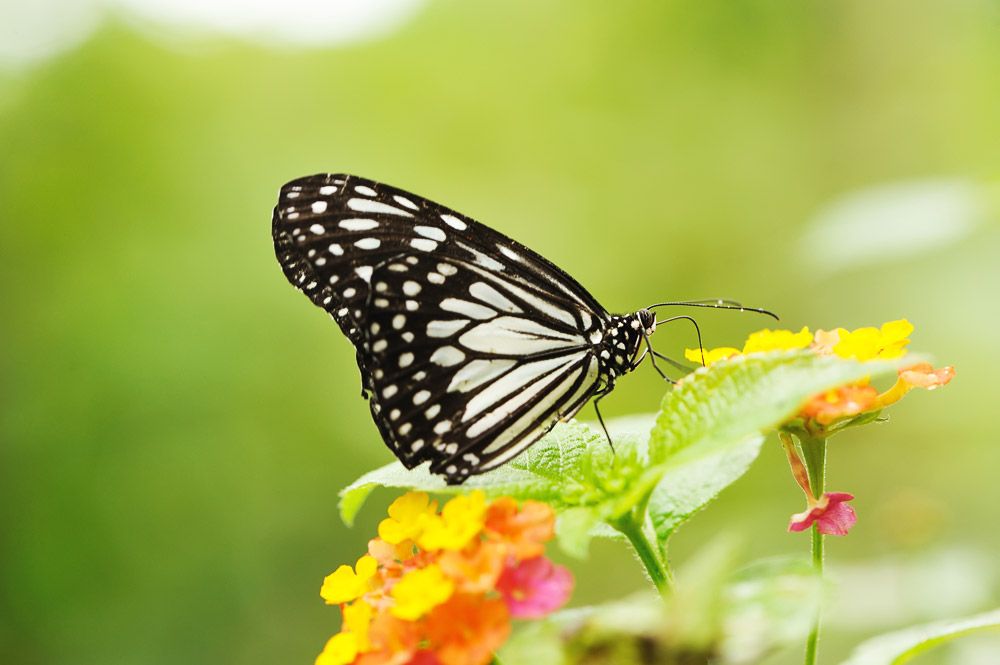 Further, through the restoration of the jungle (here it is called man made rainforest) ... 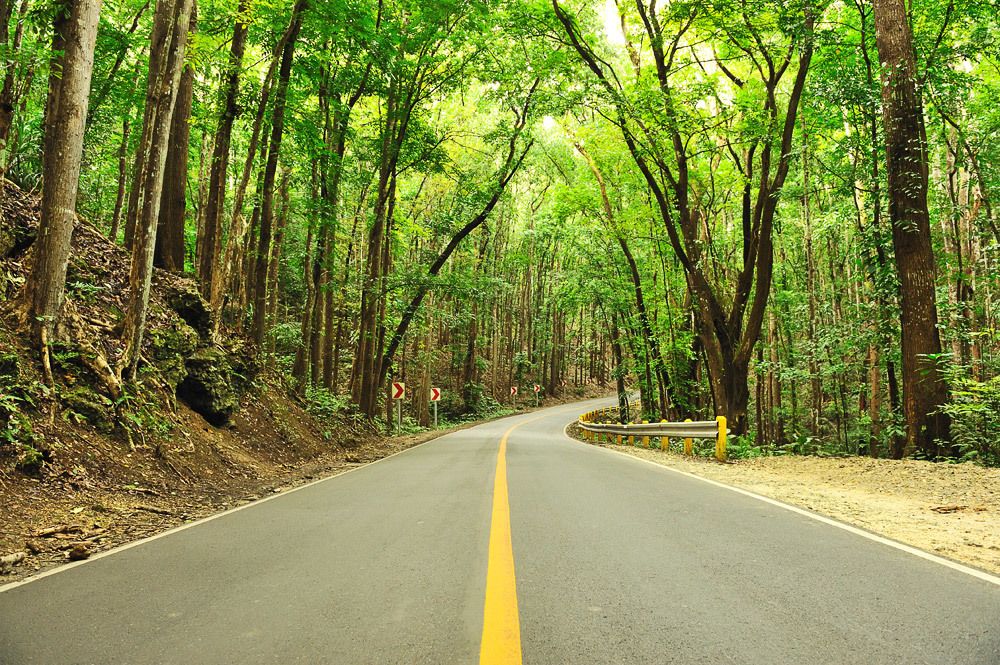 ... To the river Loboc (Hussars, be silent!). On it melted on the ship-dining room, where they feed lunch. Boring like action, but a tropical downpour all fixes immediately feel in the jungle) 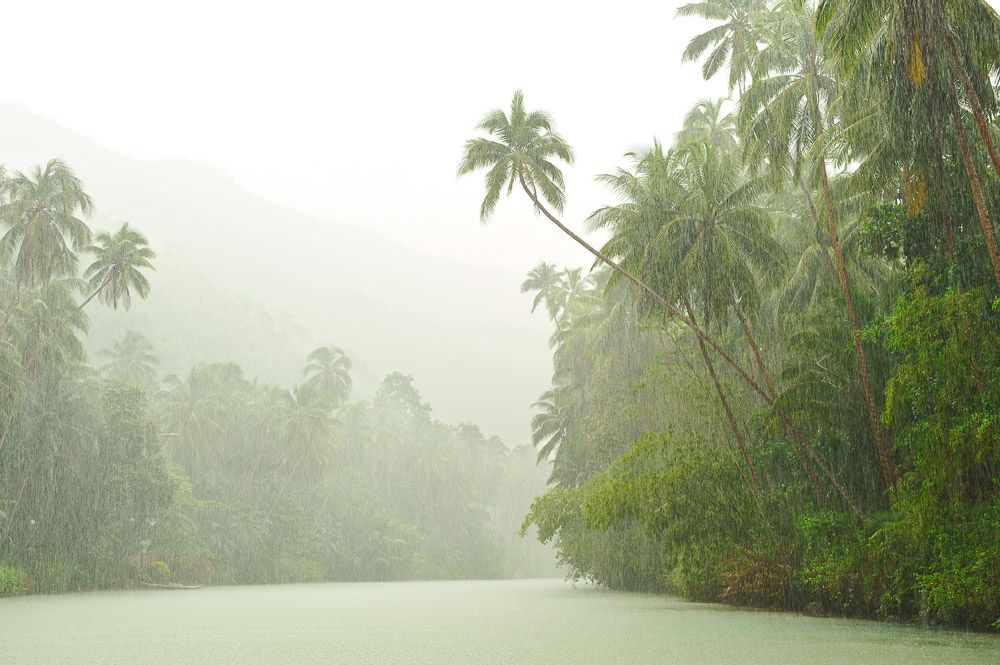 Now pearl Bohol - Philippine tarsiers. These are mileyshie creating body length of 10 cm and the largest eye size relative to the body of any mammal. 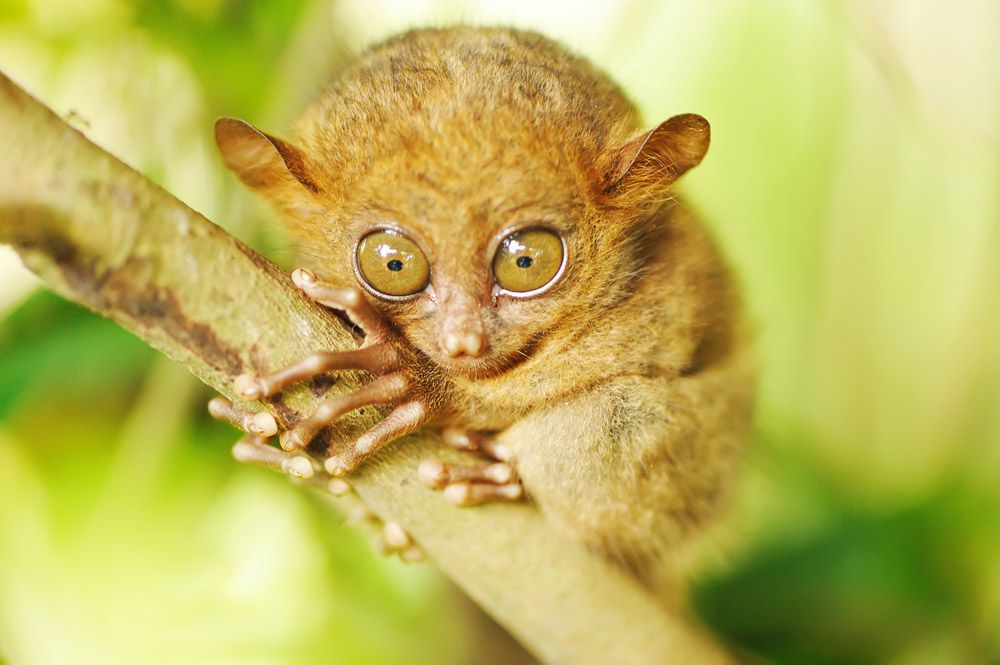 Tarsier animal night, so they're pretty sleepy during the day. But noticeably animated when they lend on a stick insect. 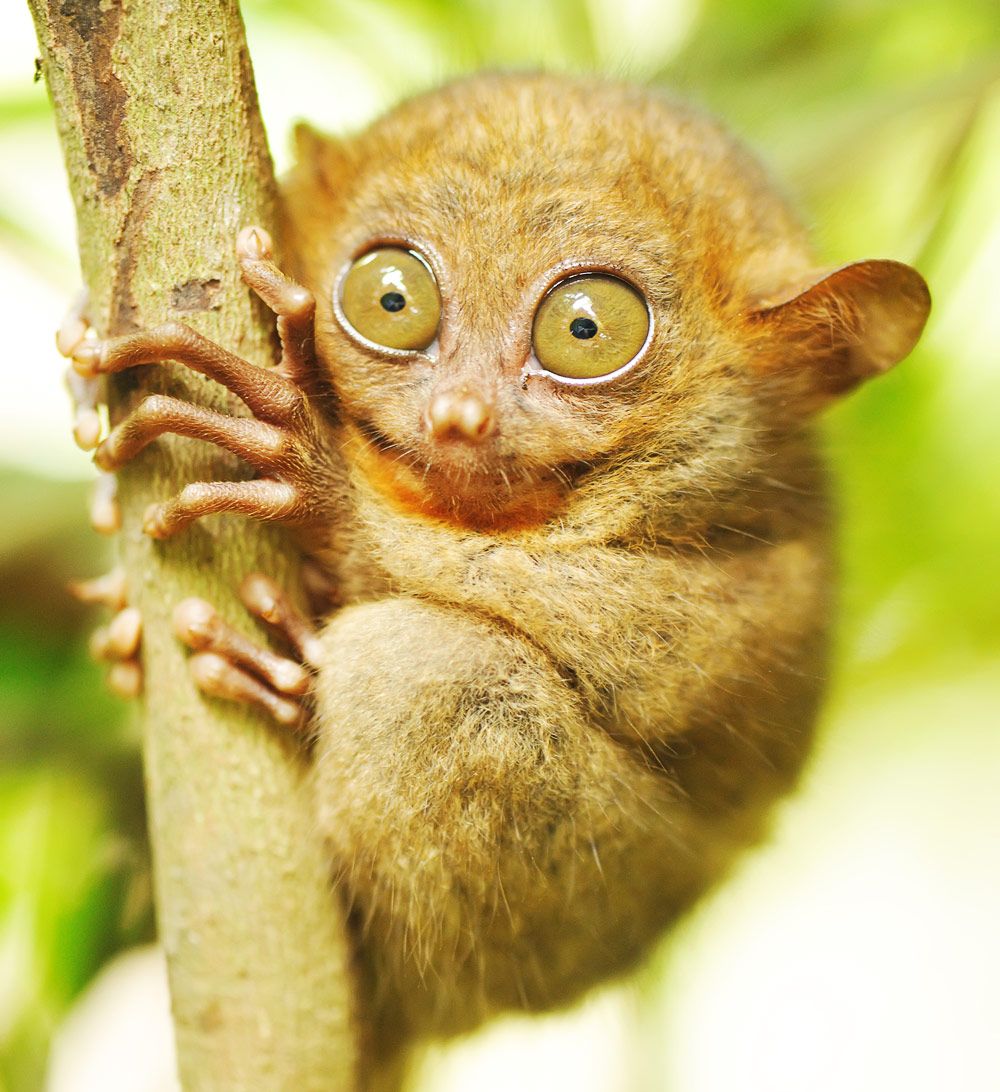 Before they can be taken up, but for some time it is forbidden, I read somewhere that after that they have a tendency to suicide. 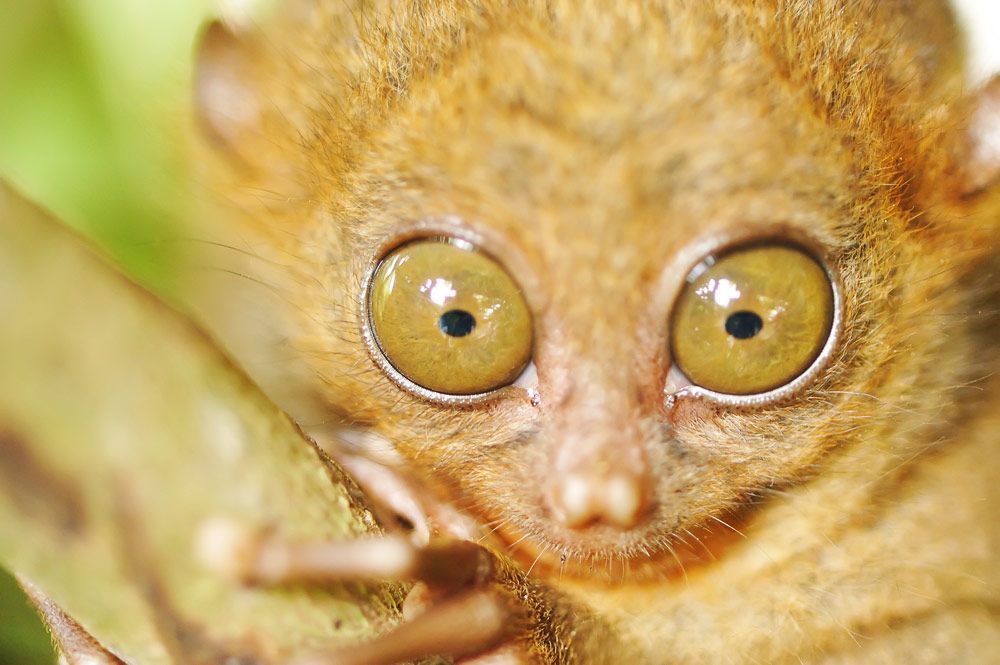 Finally will be delivered to the oldest surviving Catholic church in South-East Asia. 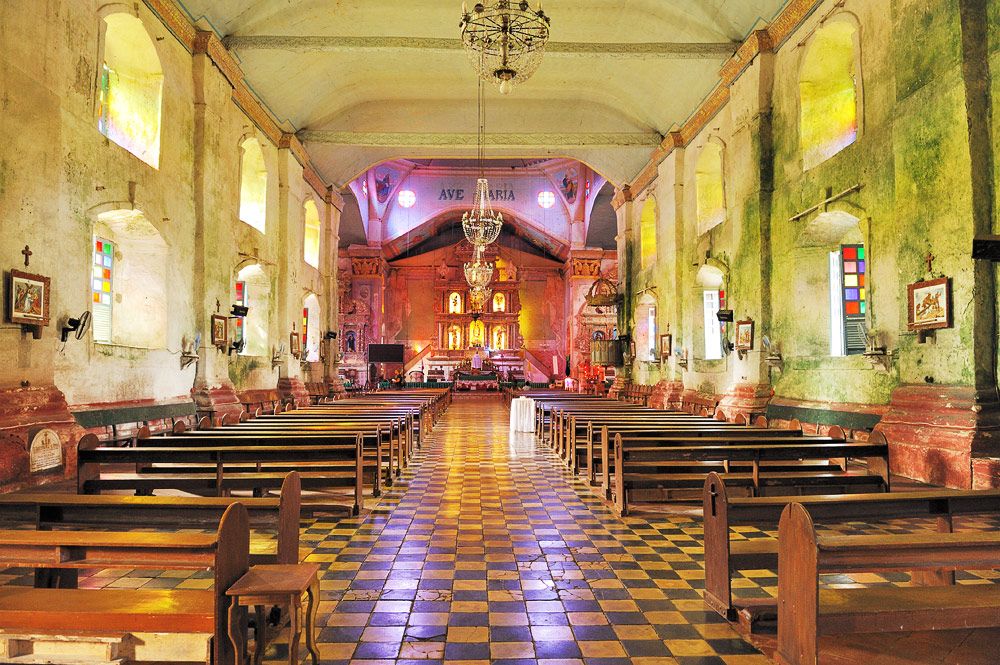 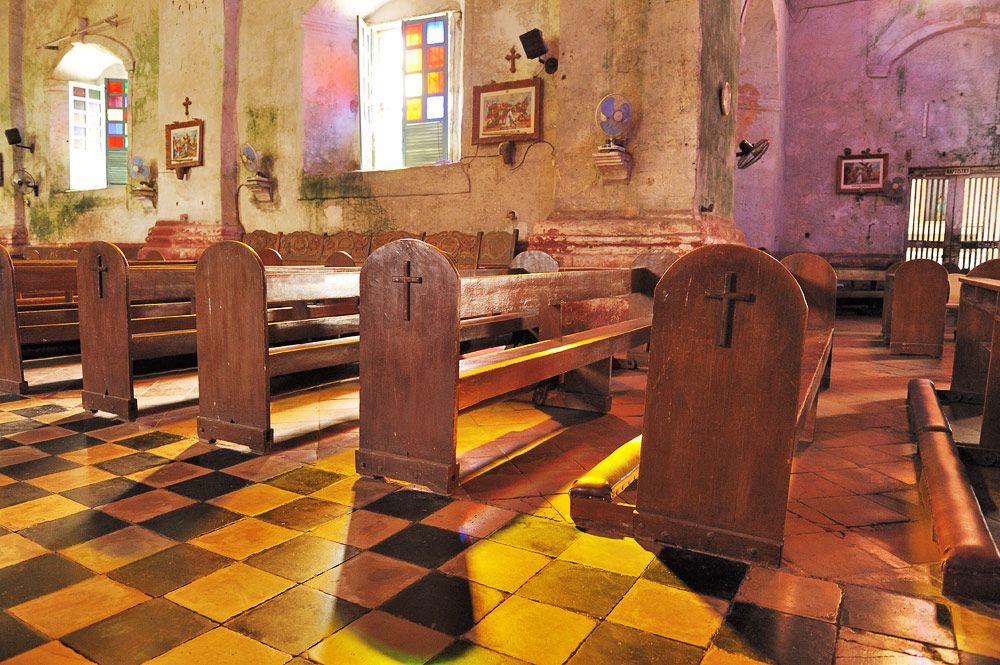 On Panglao we spent 4 or 5 days, I do not remember exactly) then went to the island of Boracay, about this in the next series.