AdBlock detected. Site operation may be disrupted due to running AdBlock. Please disable it for this site.
Home Stories Norway

Norway
Not even an hour had passed after exploring the Tweendefossen waterfall, and we had already arrived in the village of Gudvangen on the bank of the Nærøyfjorden. We will spend most of the rest of the day in the commune of Aurland. Its name from Old Scandinavian can be translated as "edge of gravel", which is really a lot on the slopes of the mountains. The silver head of a goat is depicted on the coat of arms of the commune in a blue shield, since this area is famous for its goat farms. 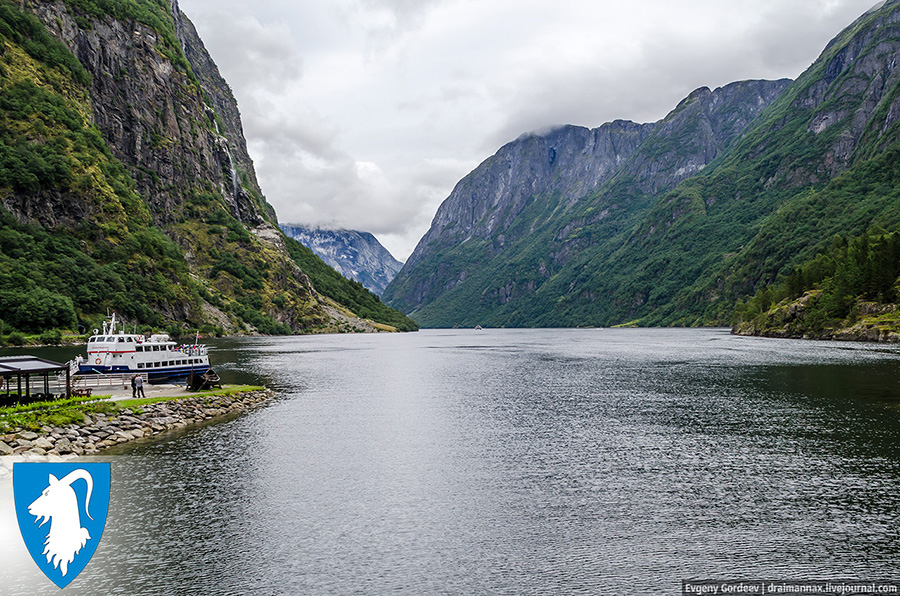 02. Gudvangen stands at the confluence of the Nærøydalselvi River into the fjord. 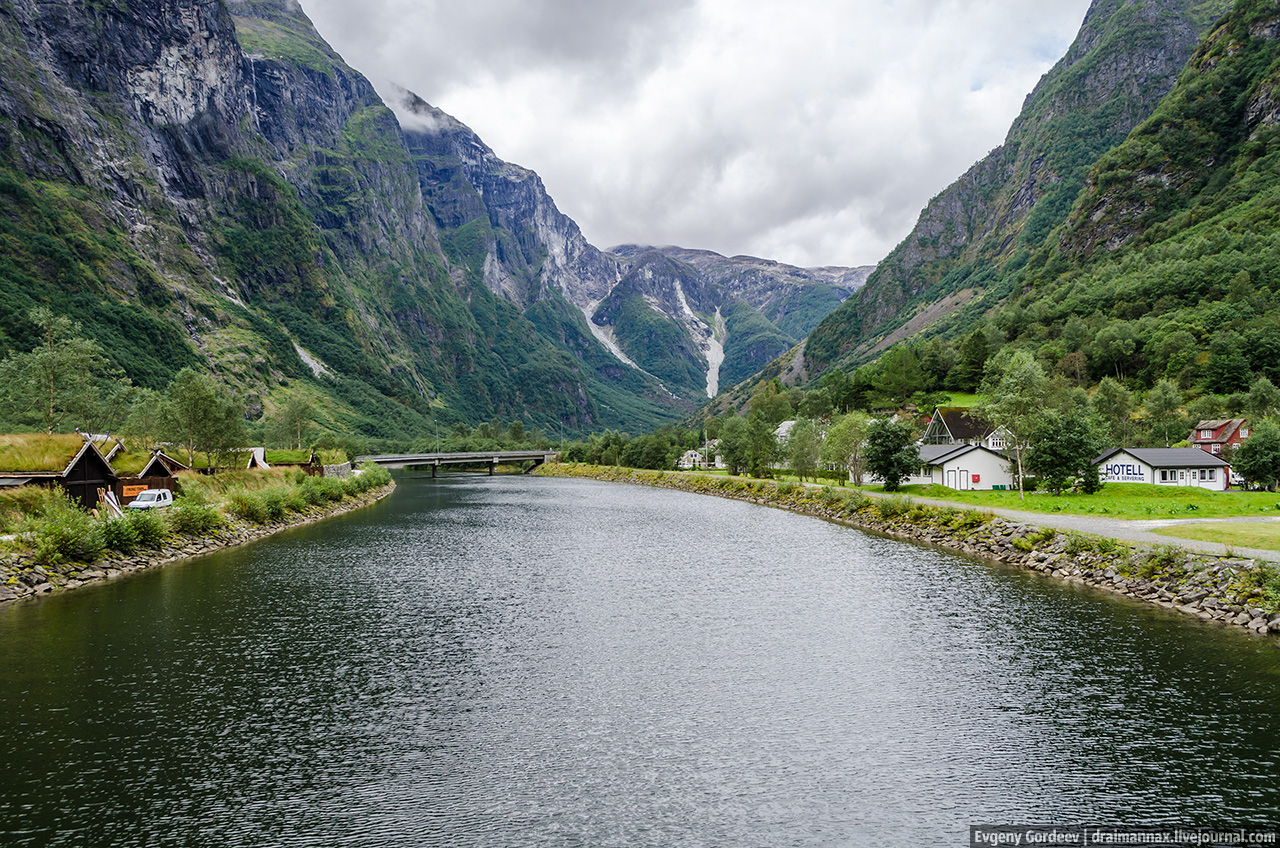 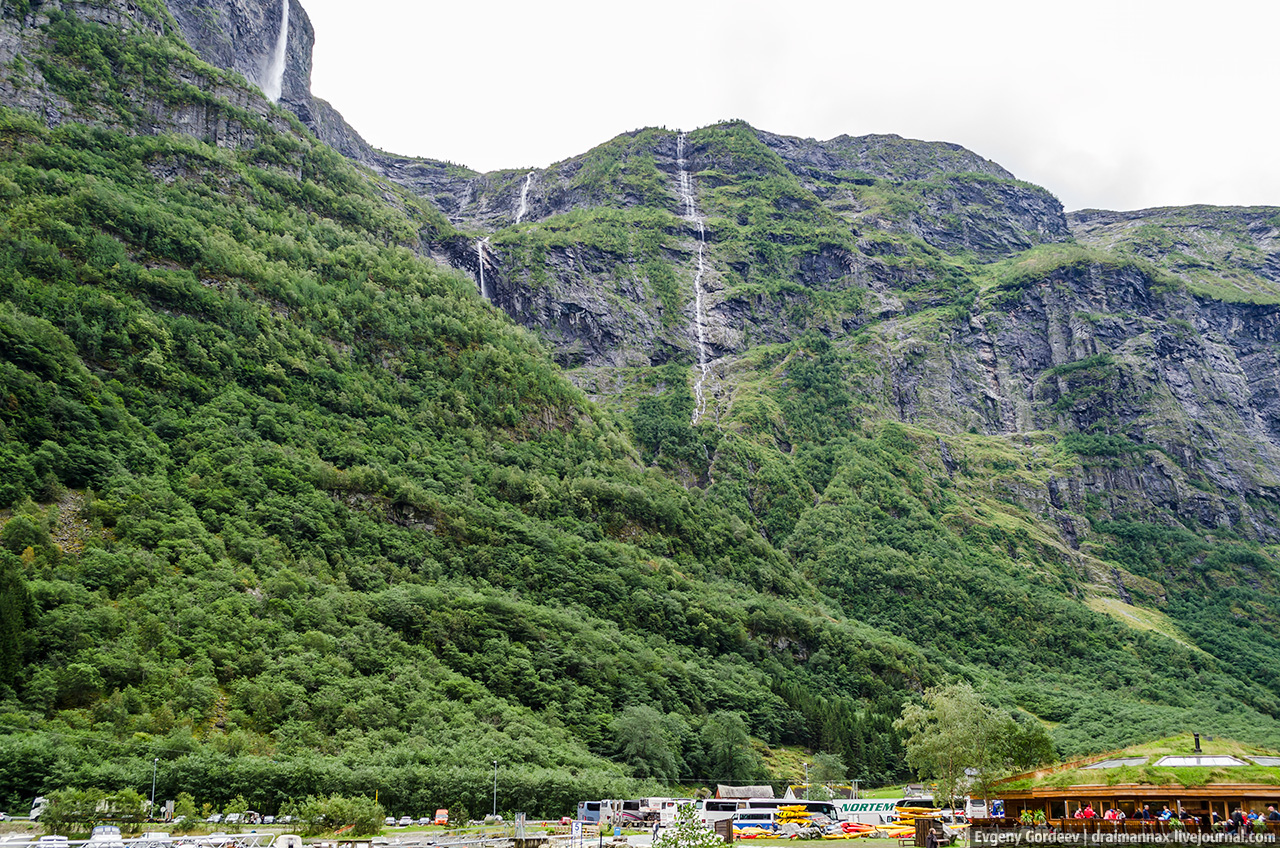 04. We are going to the Viking village Njardarheimr, an open-air museum that received its first visitors in May 2017. The village got its name in honor of the Scandinavian god of the sea element Njord. On an area of 1,500 m 2 is the reconstruction of the Scandinavian Viking Age settlement, all the buildings are based on archaeological finds of the time. During the construction of the village, only those materials that can be found in the area were used, all metal products were forged in a forge, and the paint was made according to the old technology. 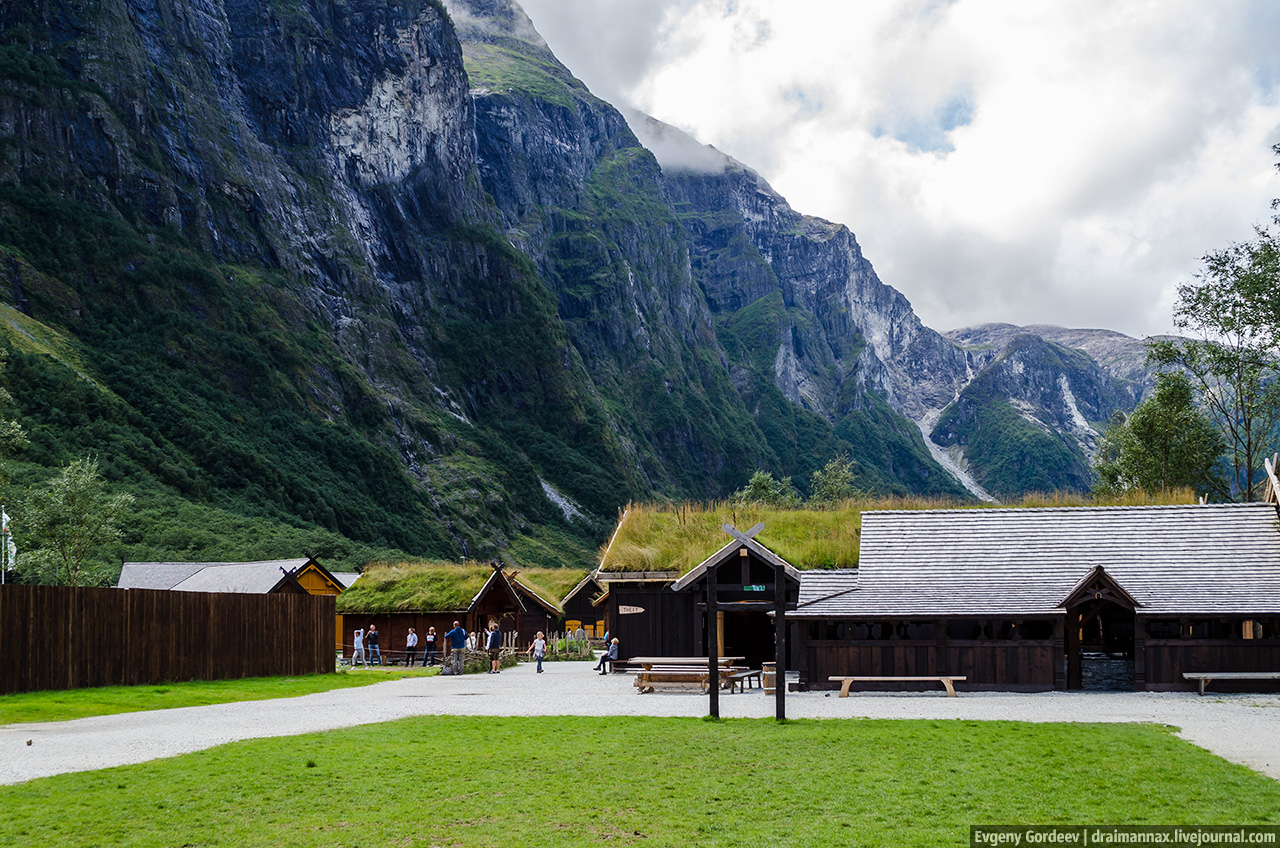 The museum is open daily from 10 am to 6 pm. The ticket price is 200 CZK (1500 rubles) for adults and 98 CZK (735 rubles) for children under 15 years old. Children under 4 years old can visit the museum for free.
05. Our guide to the village. Norwegian, but speaks Russian pretty well. 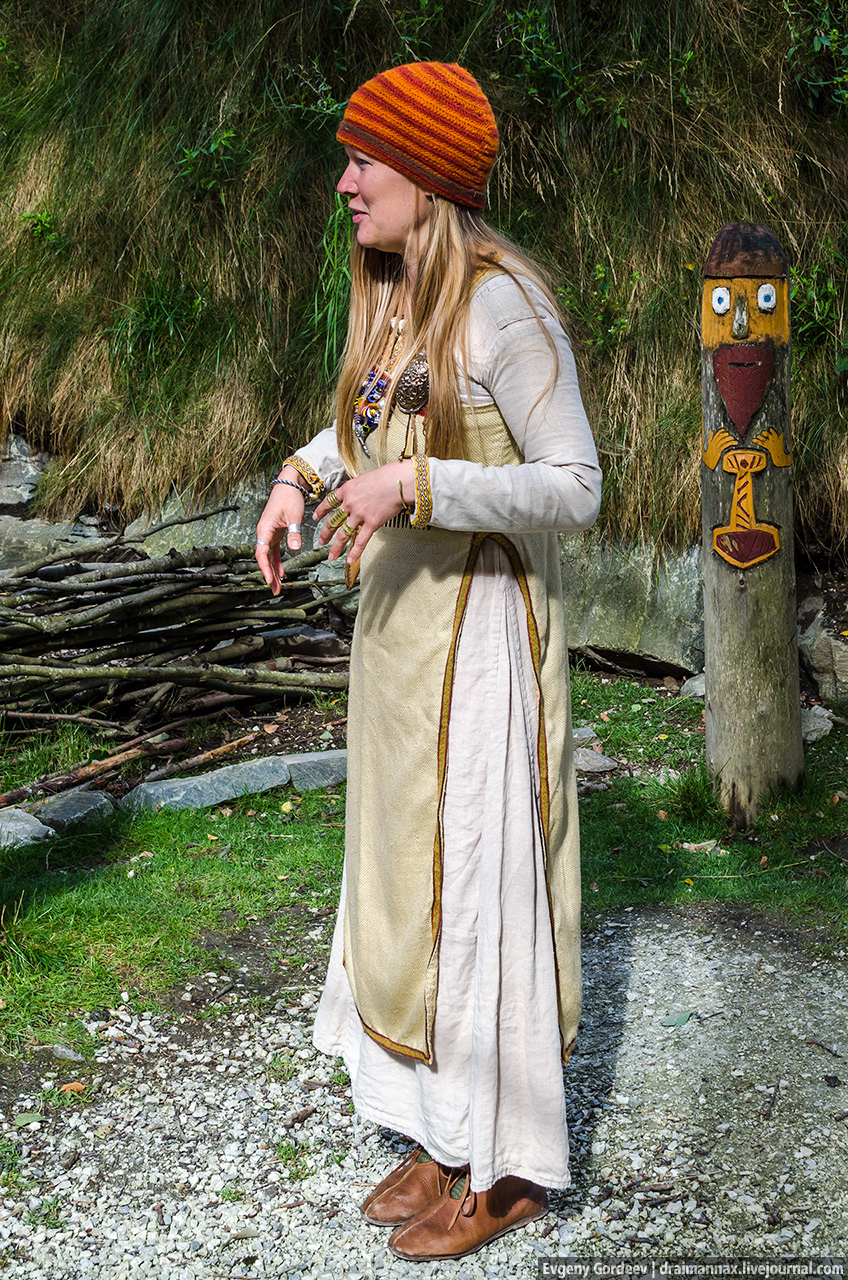 06. Reenactors are ready to show their skills and abilities in various crafts. 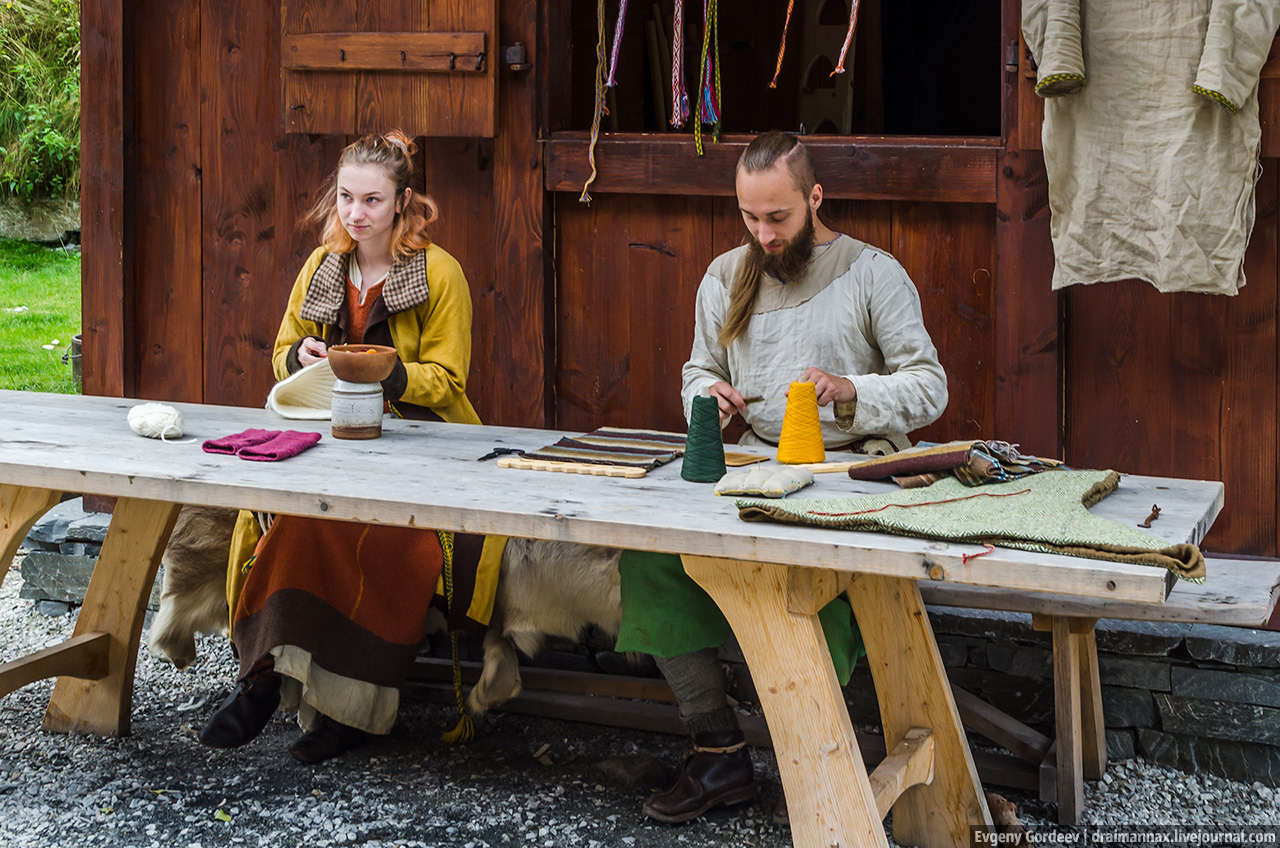 07. At the entrance to the village there is something that no Viking can do without - this is a ship, in this case a small boat. After all, not every Scandinavian from the VIII-XI centuries can be called a Viking. Viking is a sea robber who raided some settlements and established trade links with others. 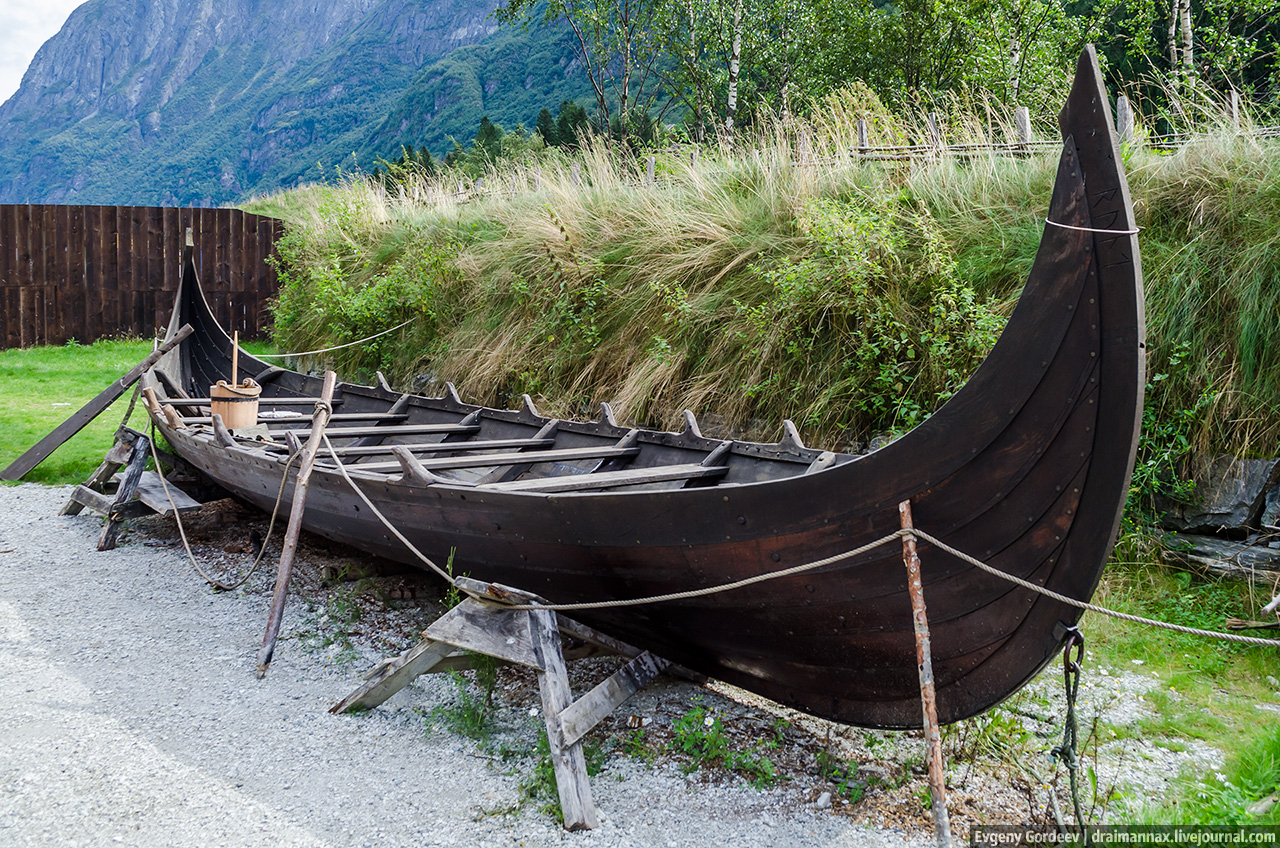 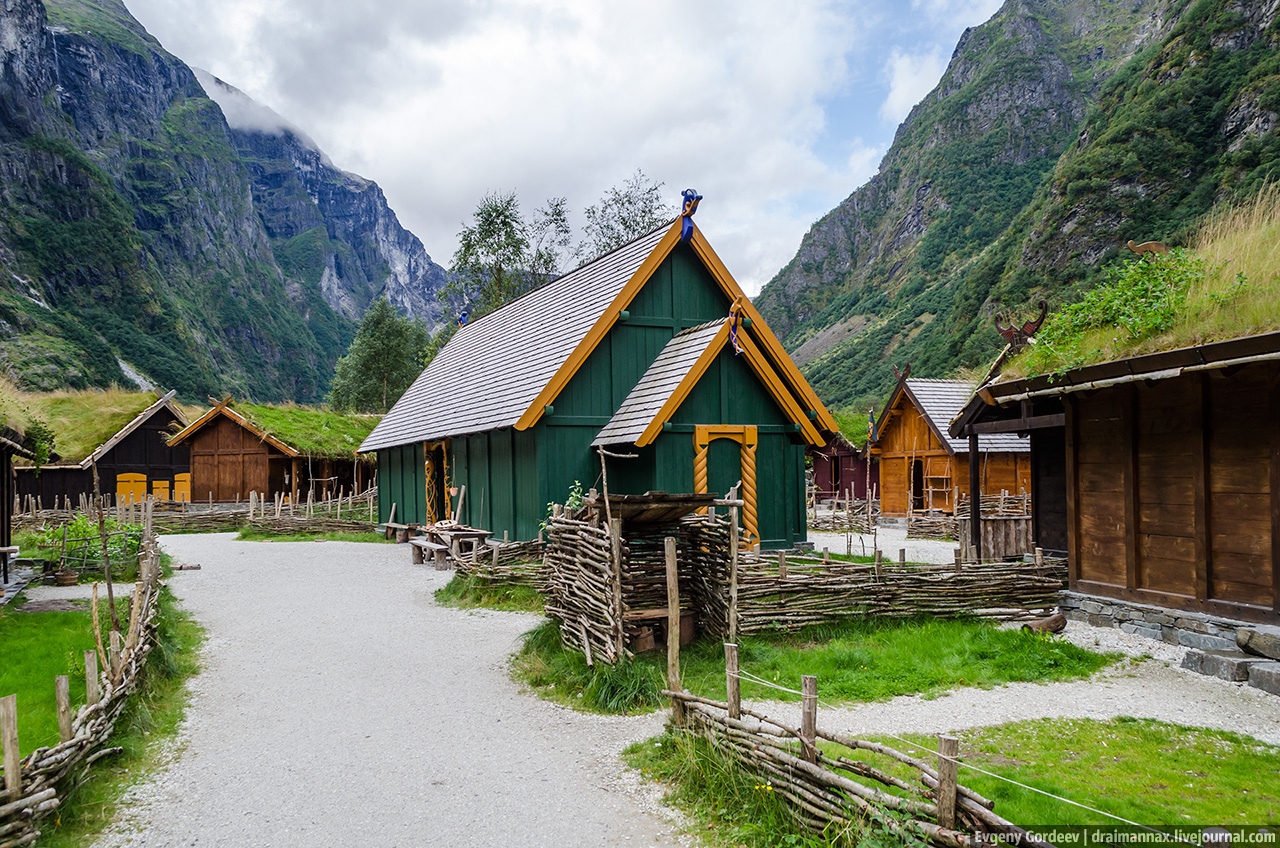 09. Place of the owner of the house and the ruler of the entire area adjacent to the village. 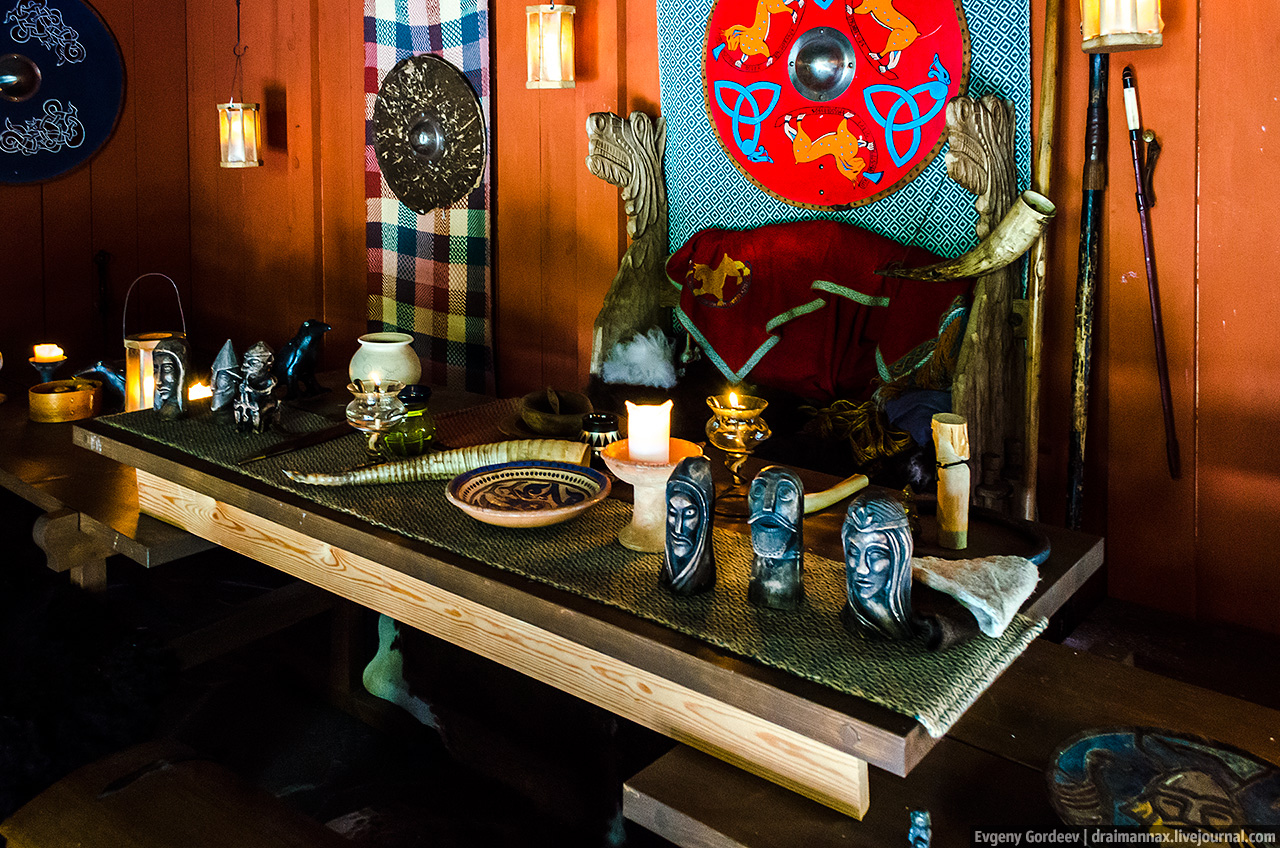 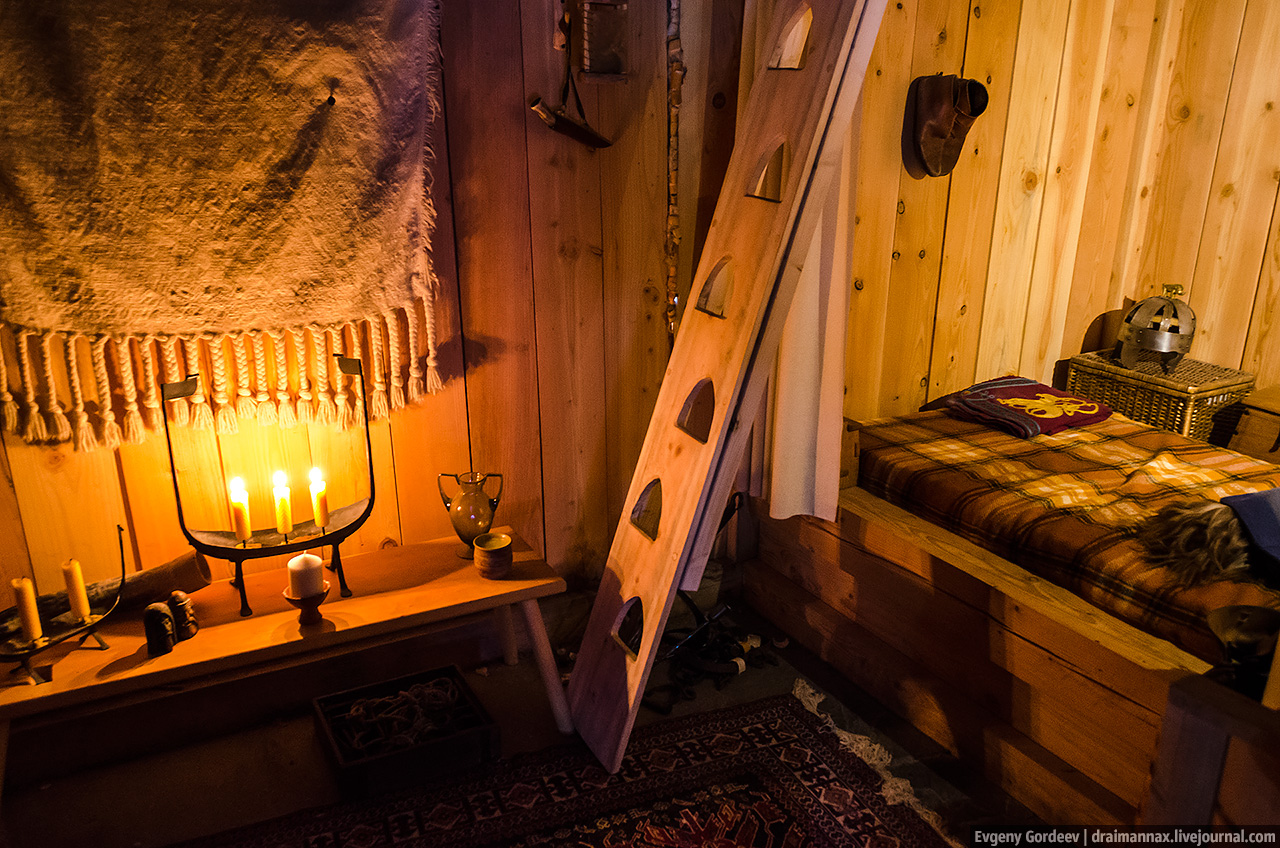 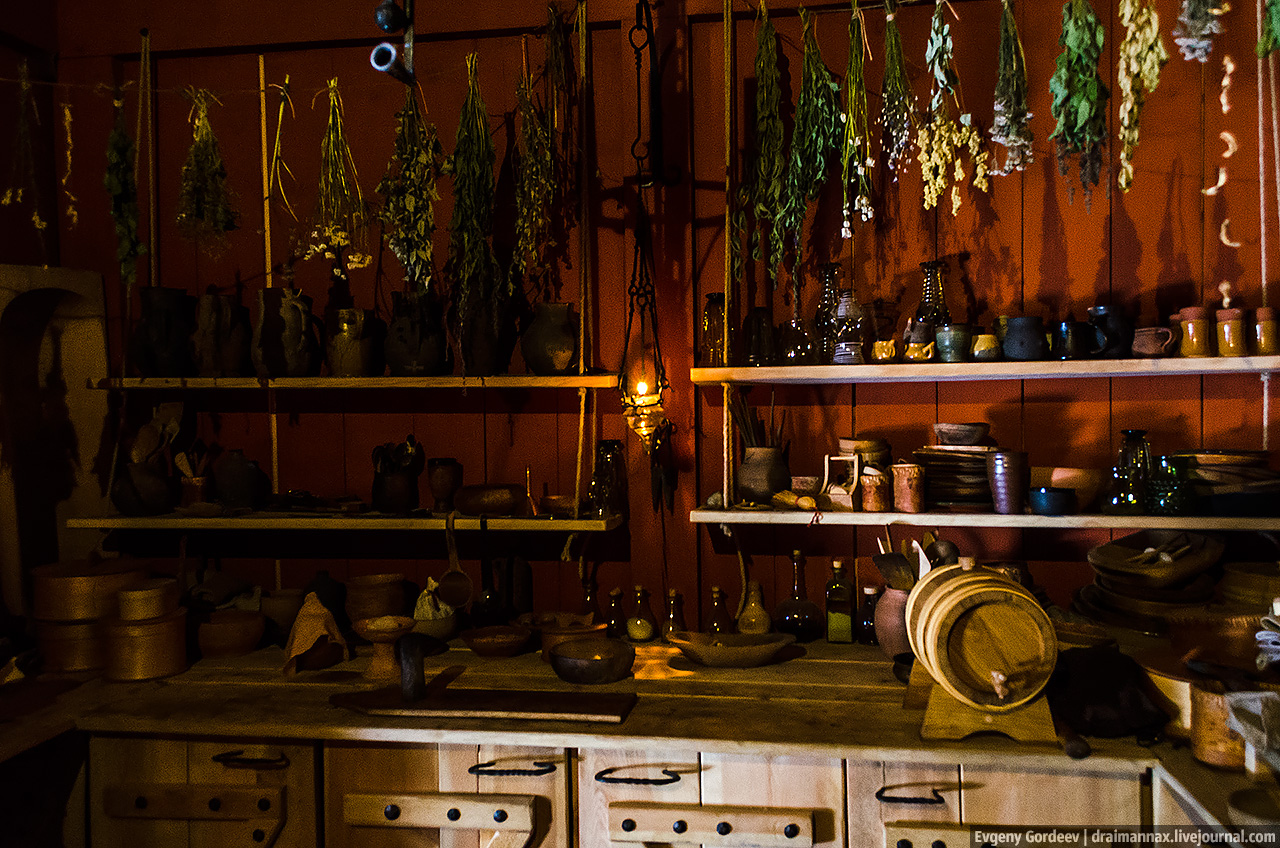 12. The Scandinavian board game hnefatafl. White should lead the king located in the center of the field to one of the corner cells. Black must prevent this and capture the king, surrounding him on four sides. 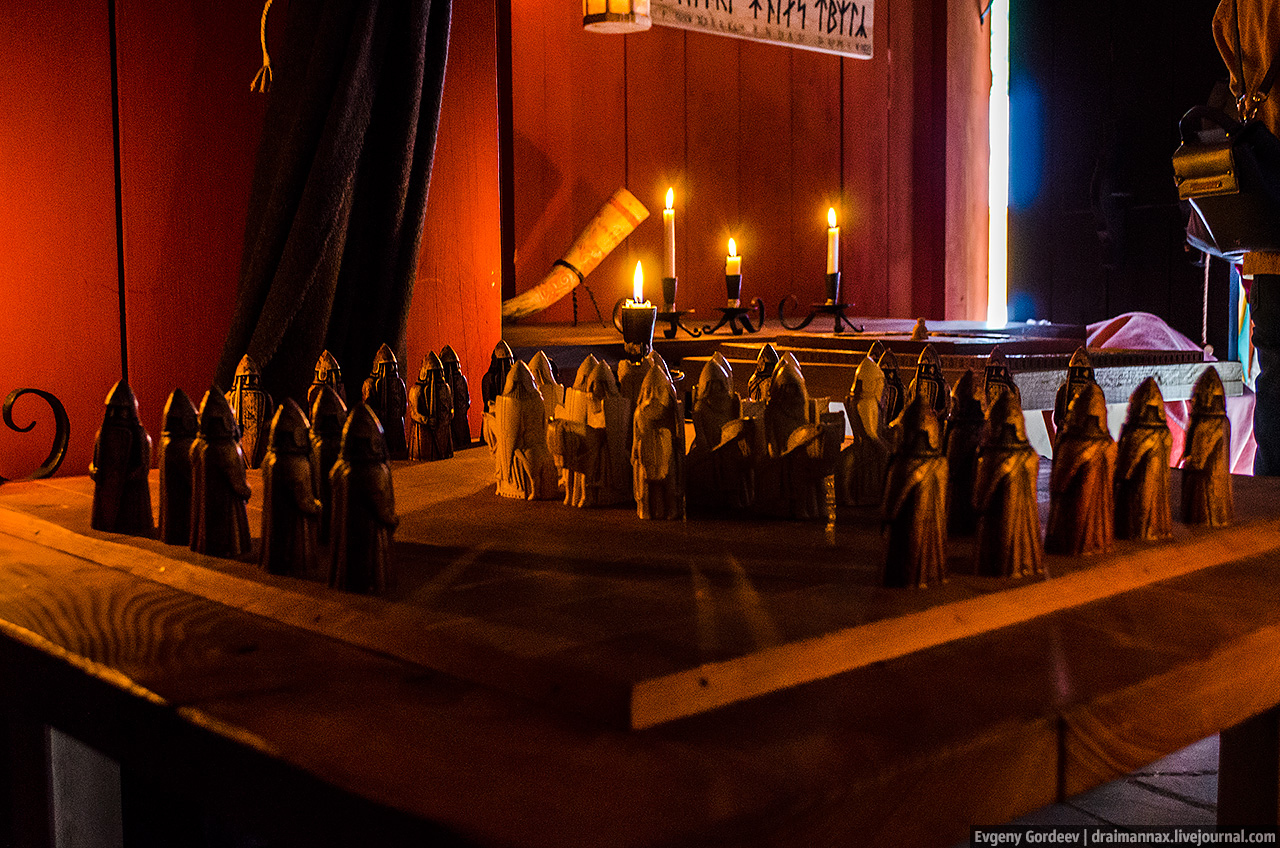 13. Another set for playing khnefatafl, figures are just simpler. 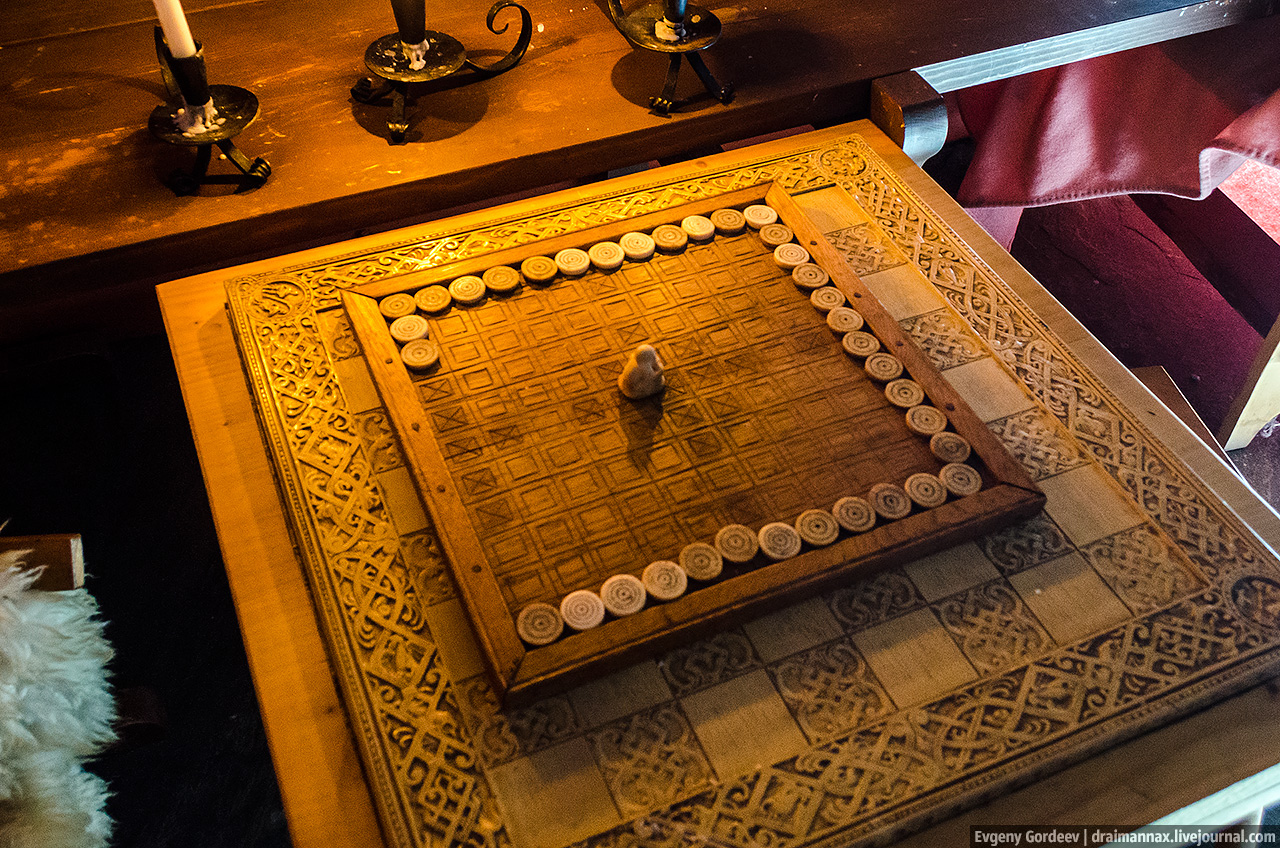 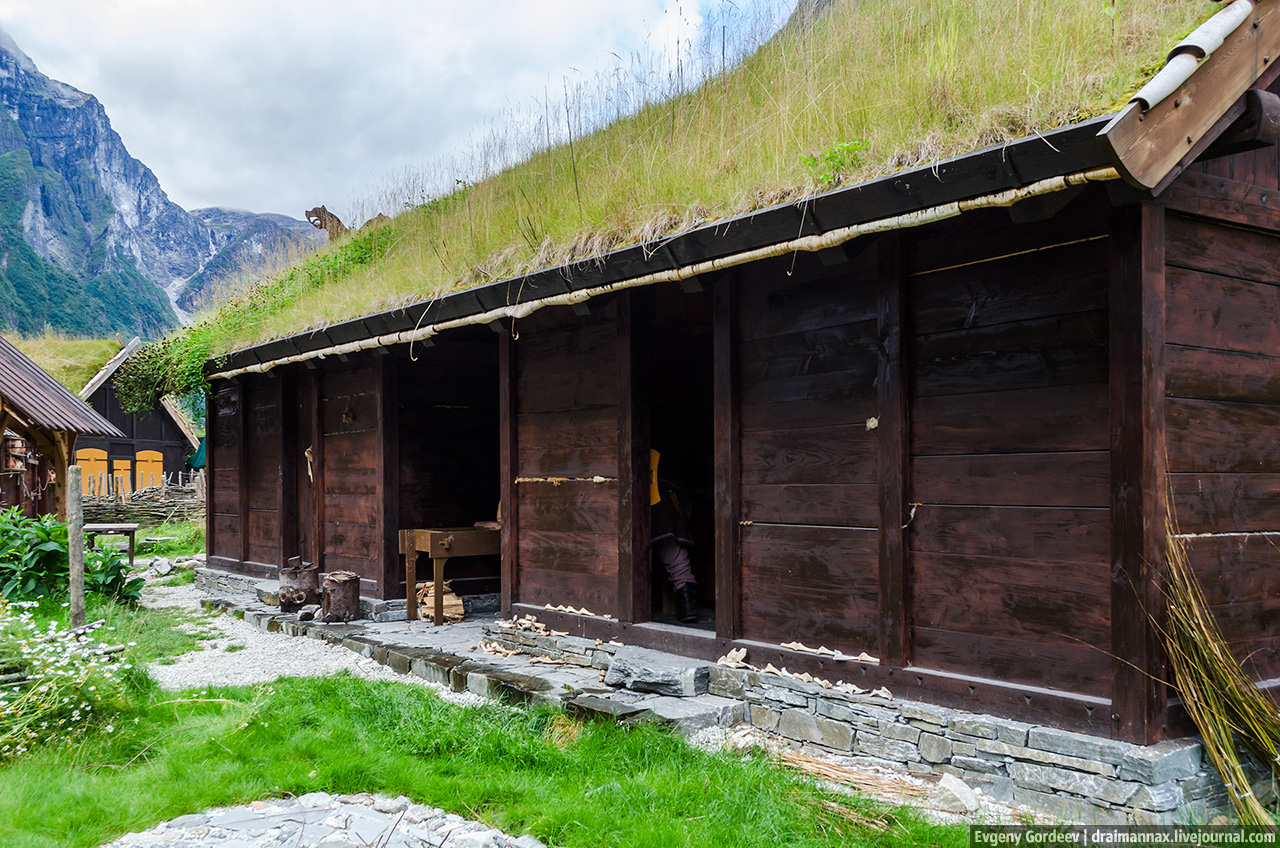 15. Many sites are reserved for crafts. 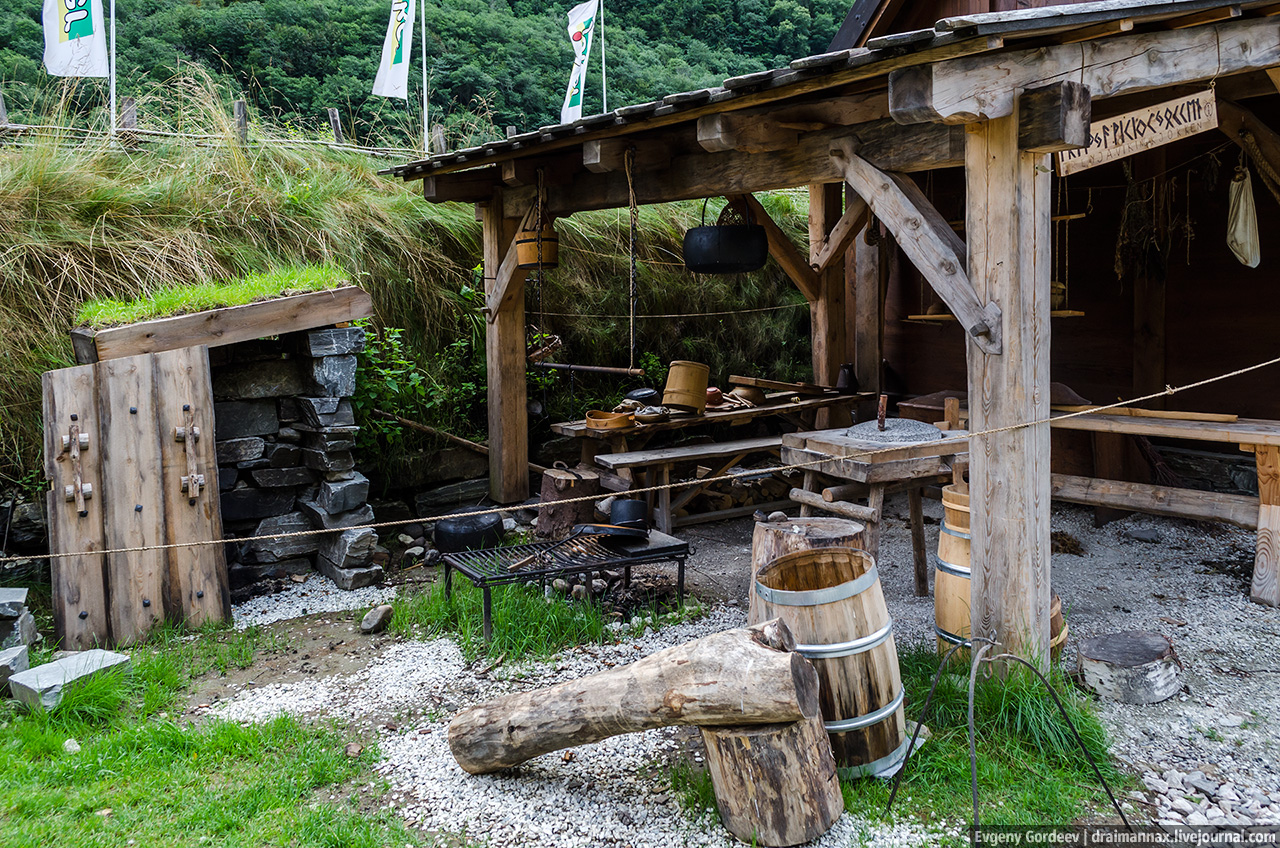 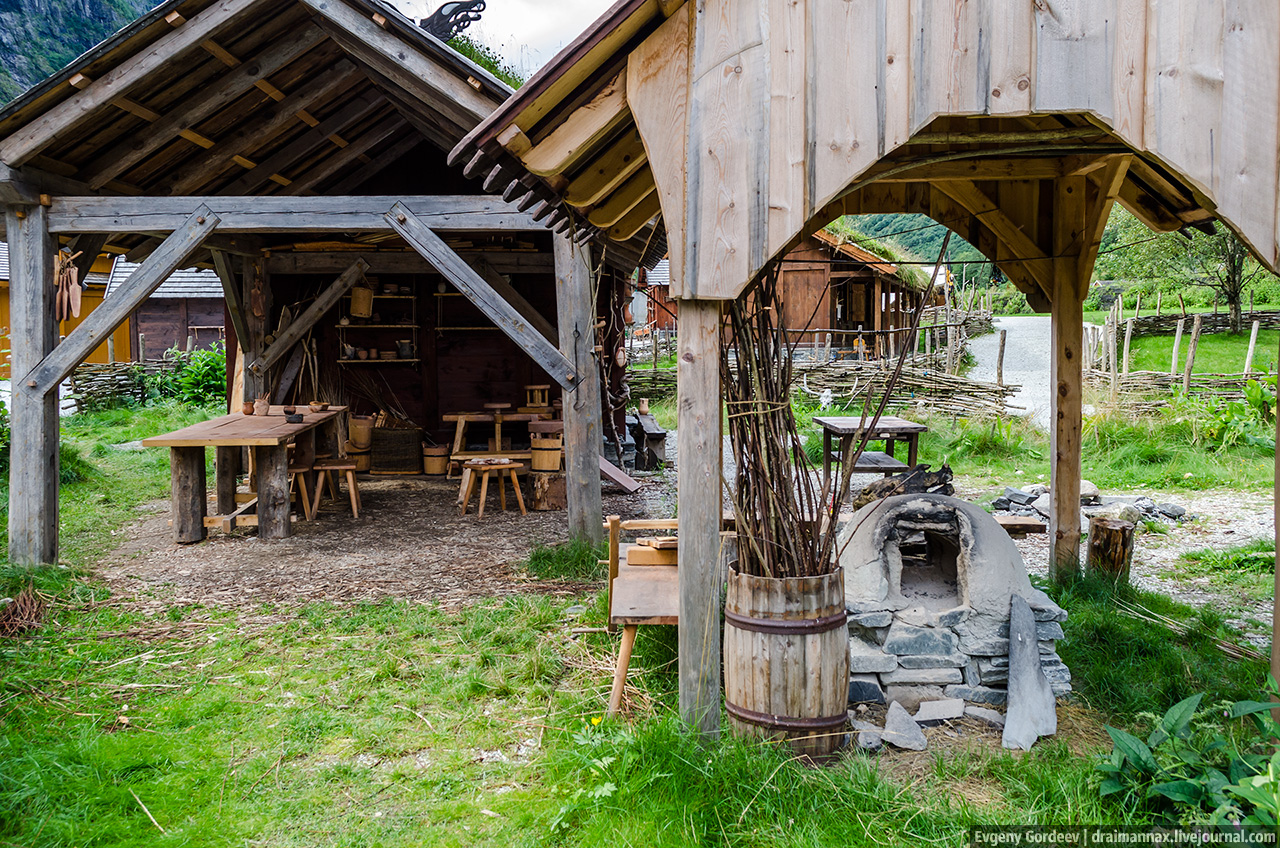 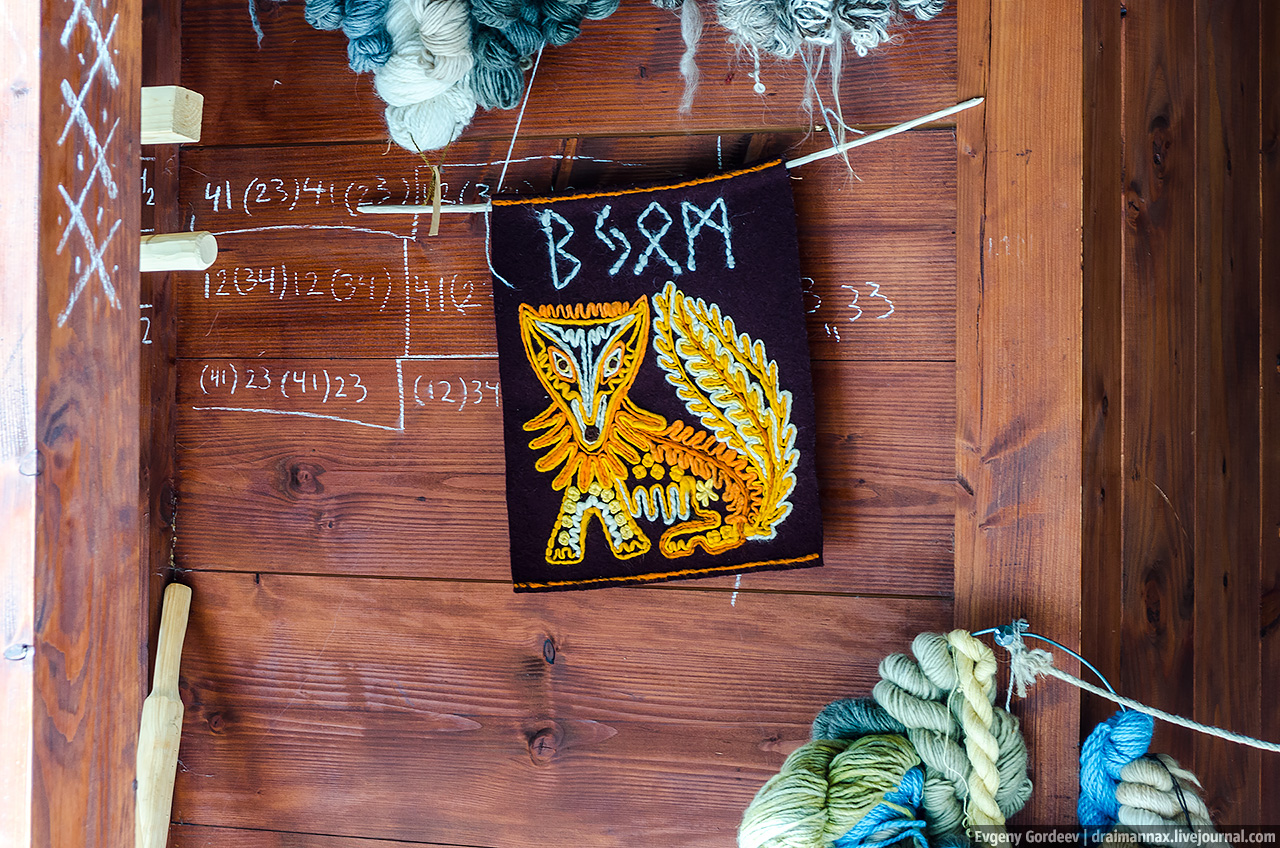 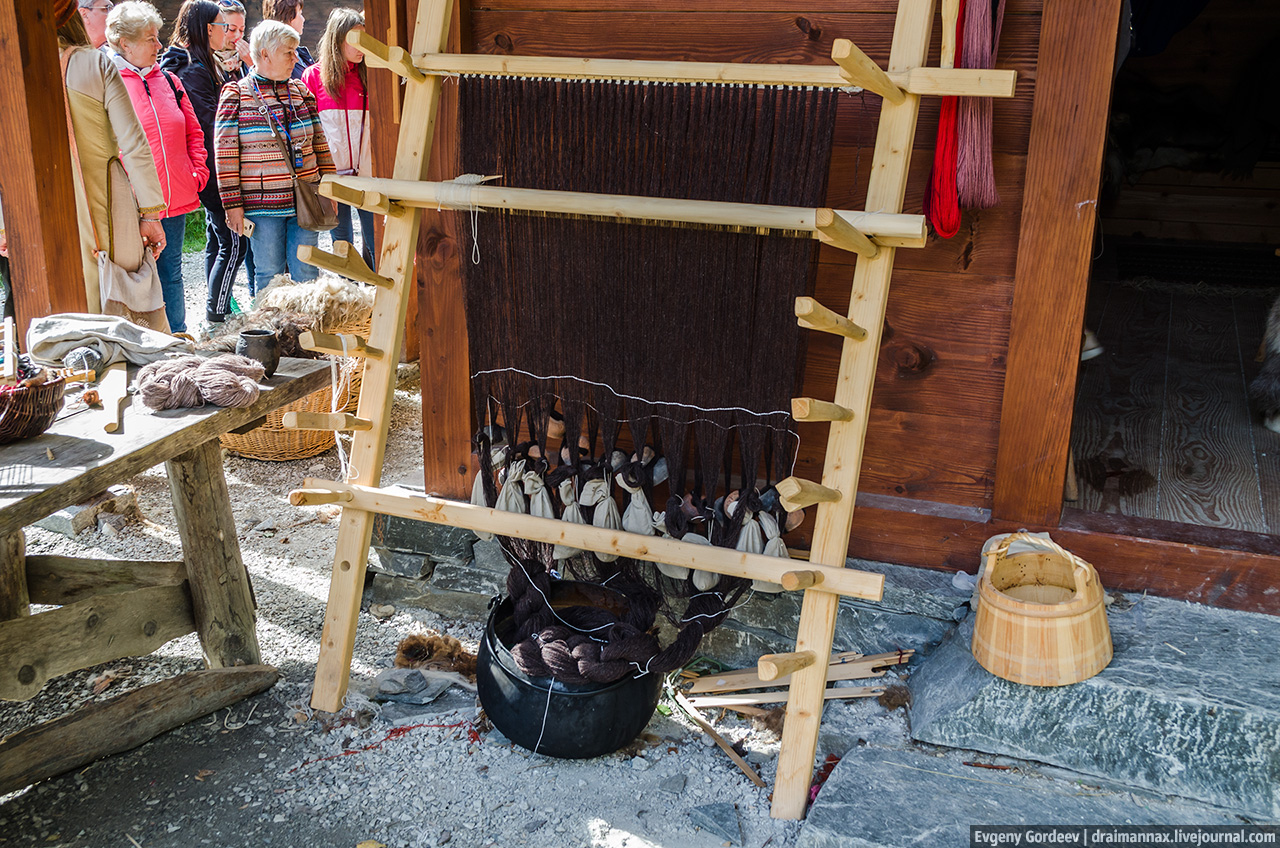 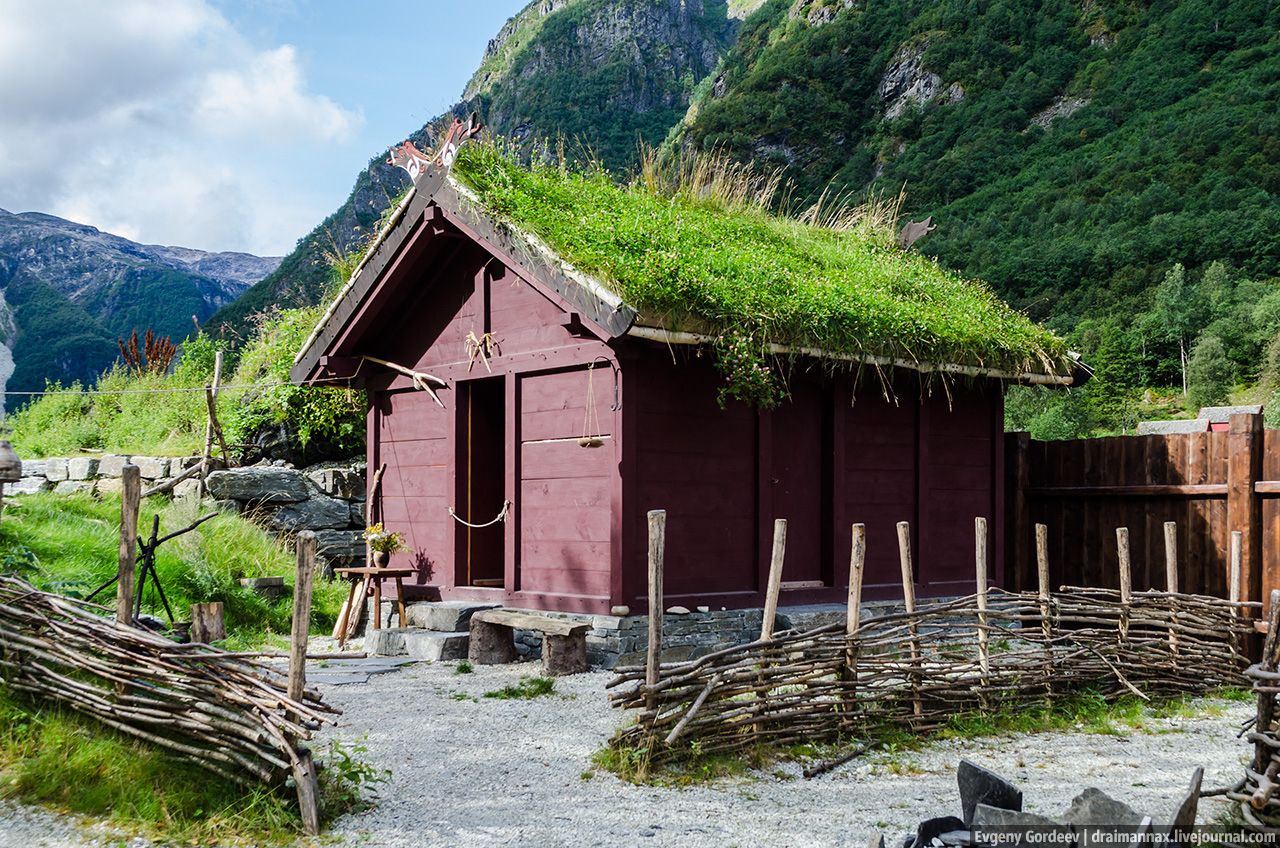 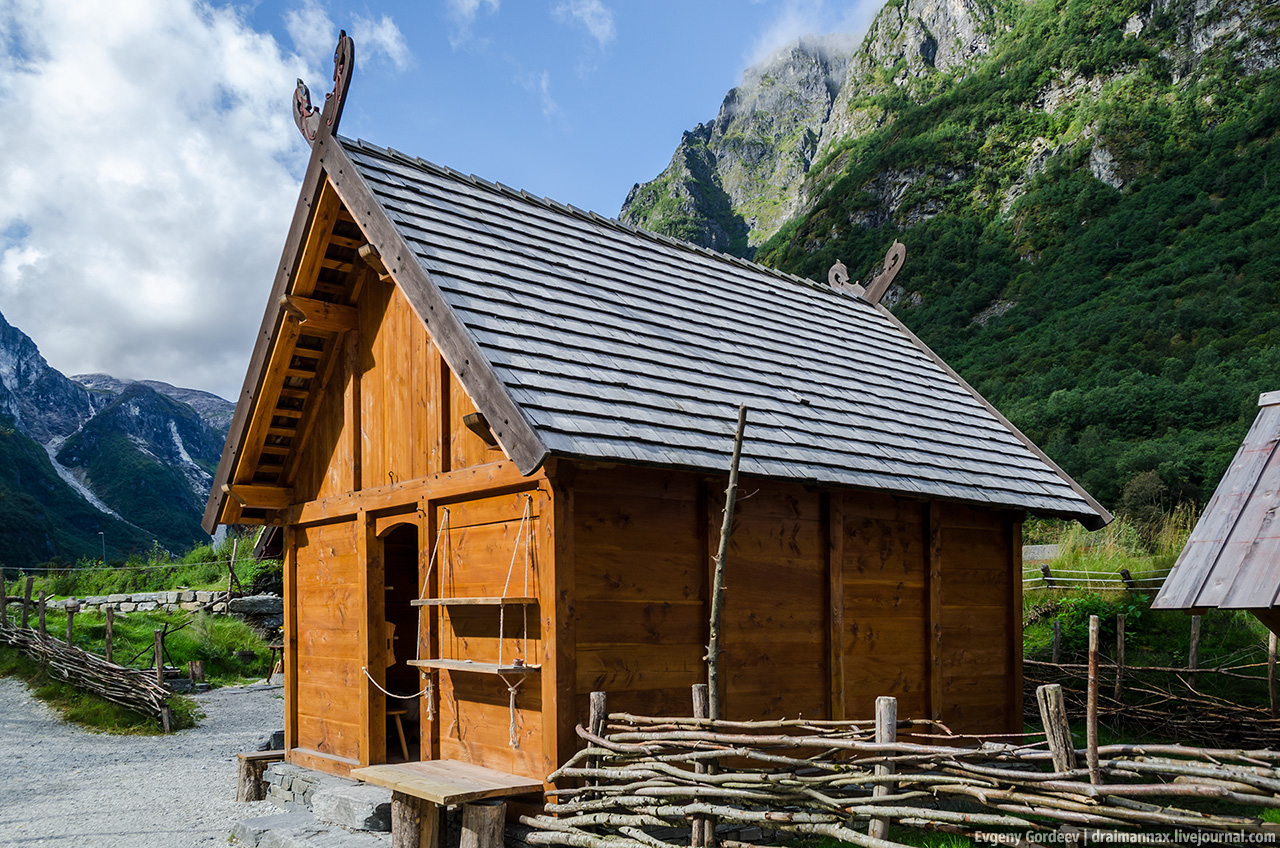 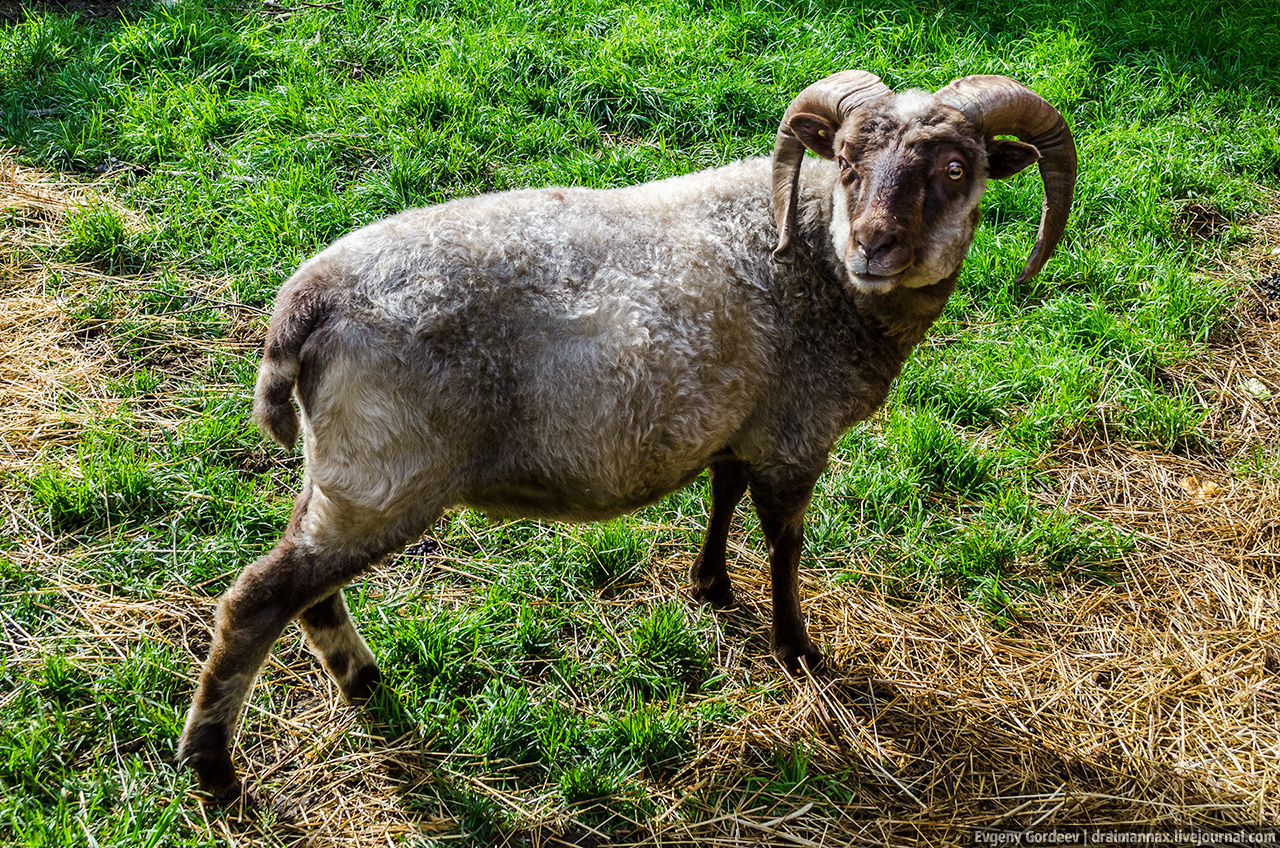 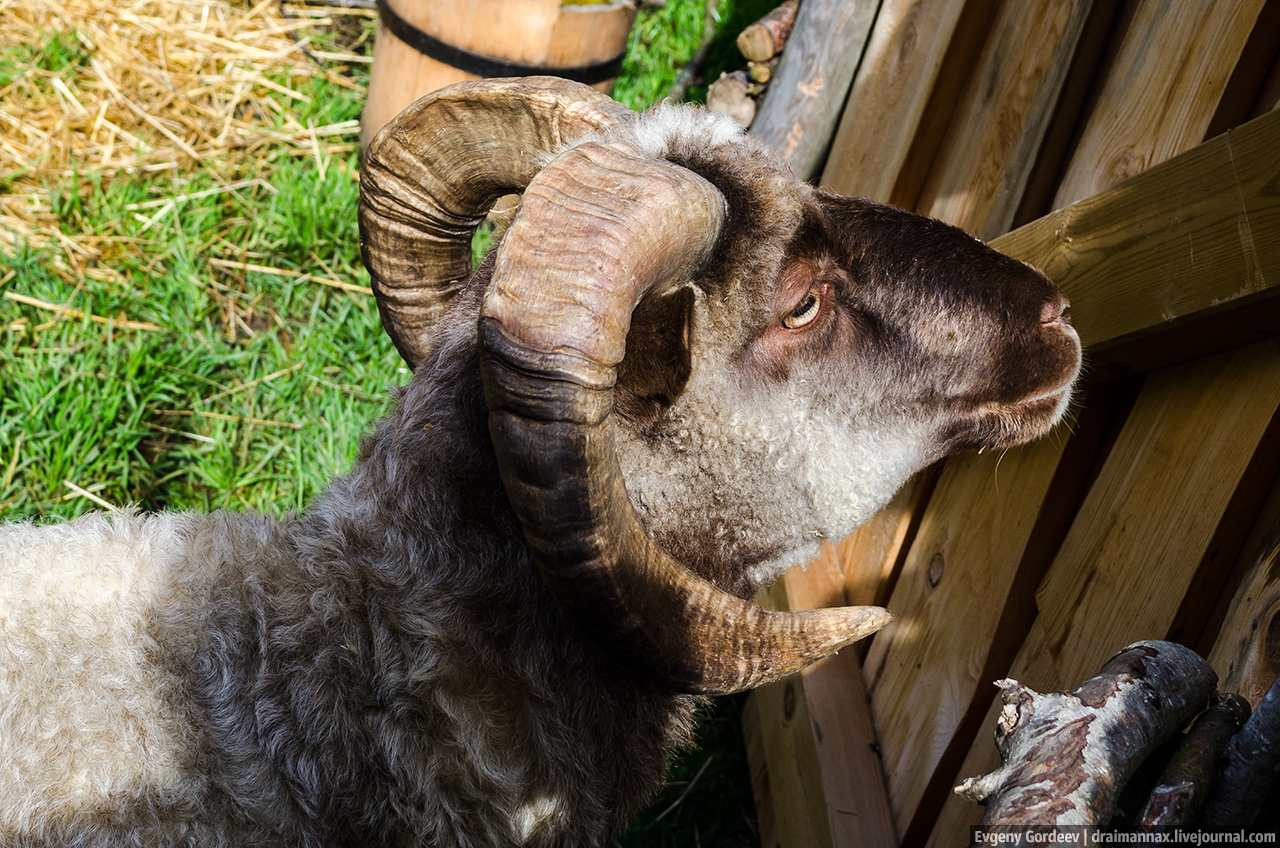 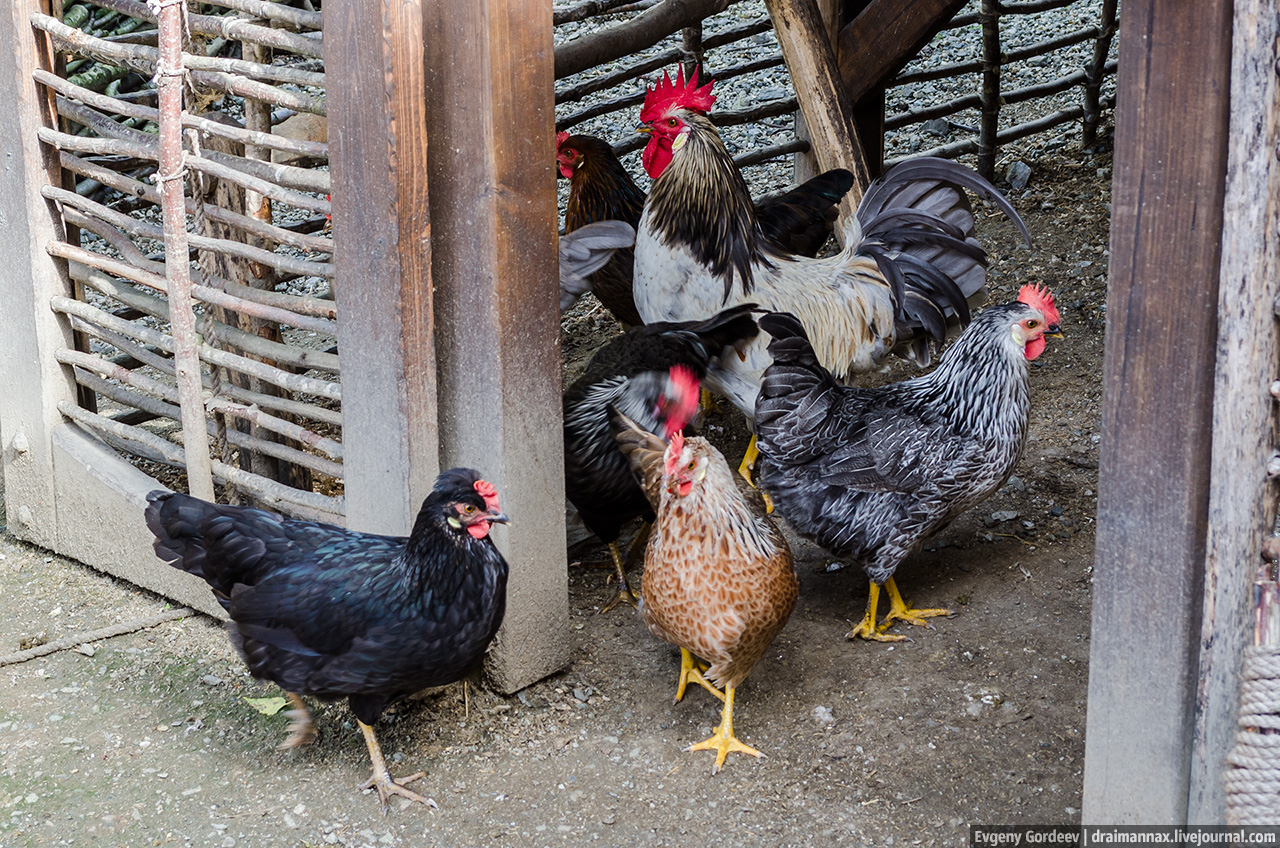 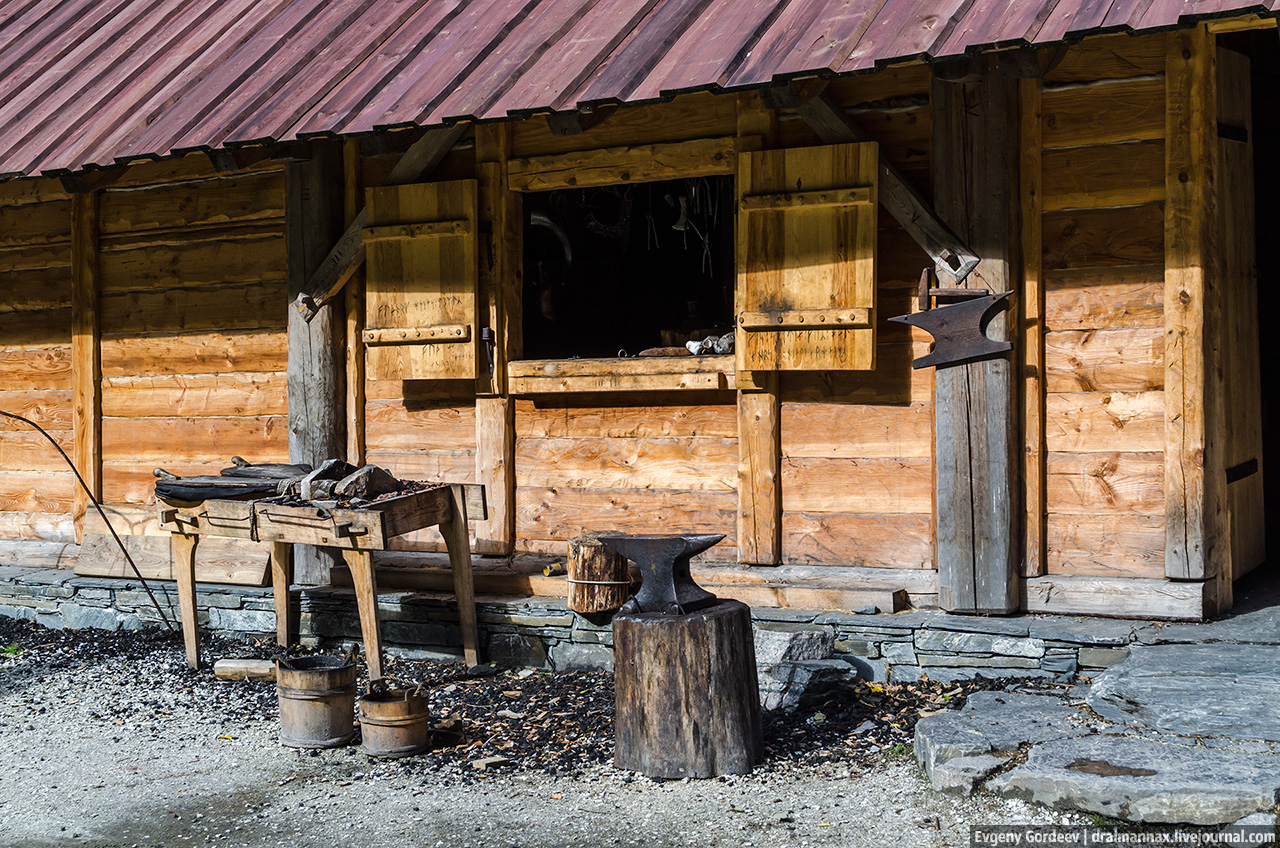 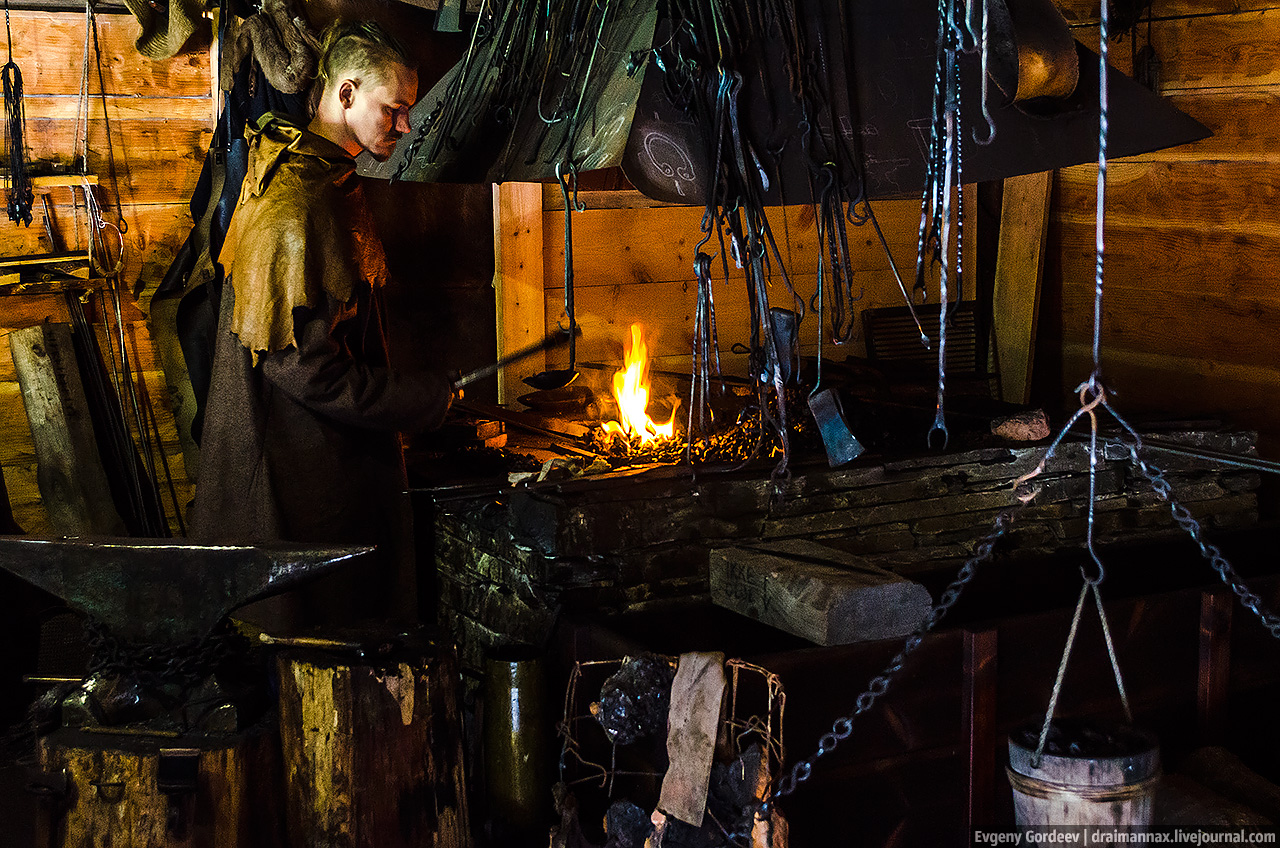 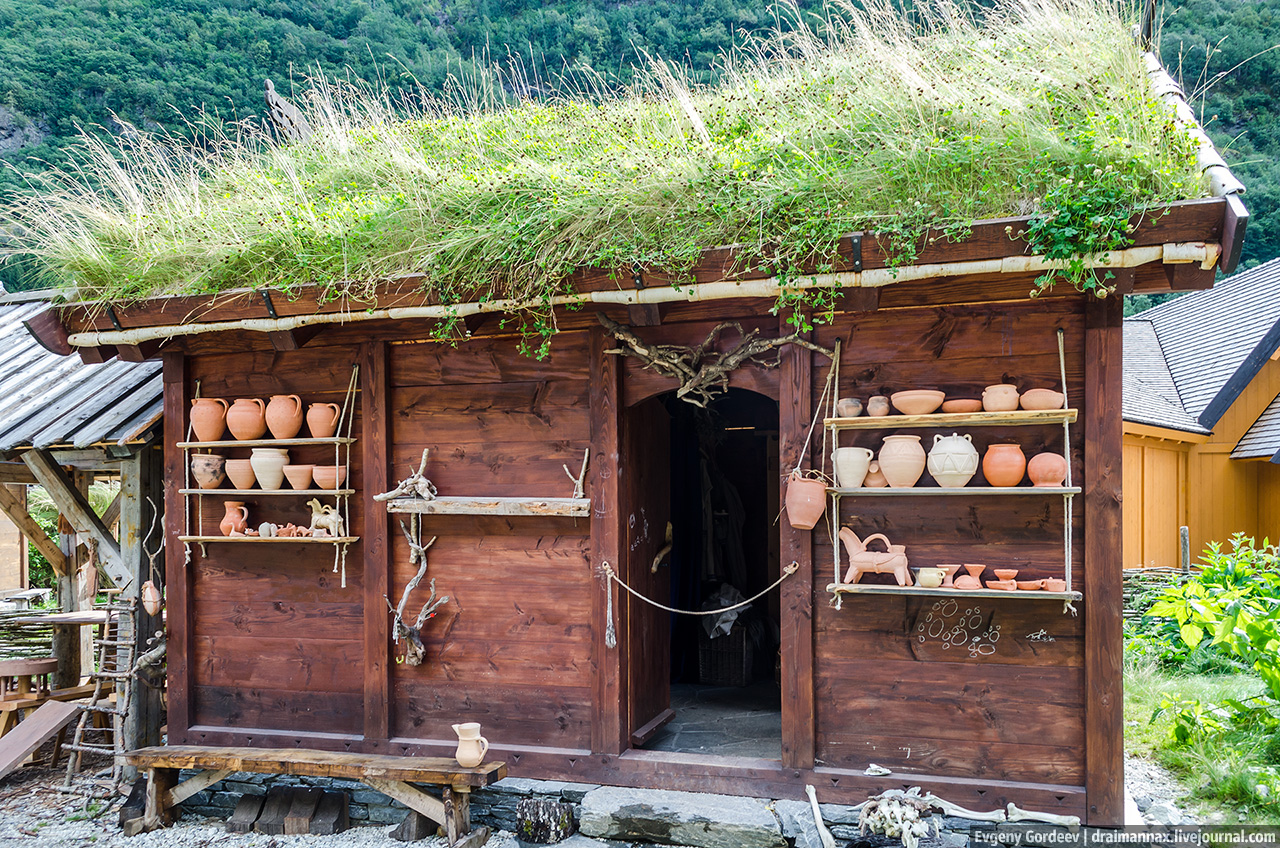 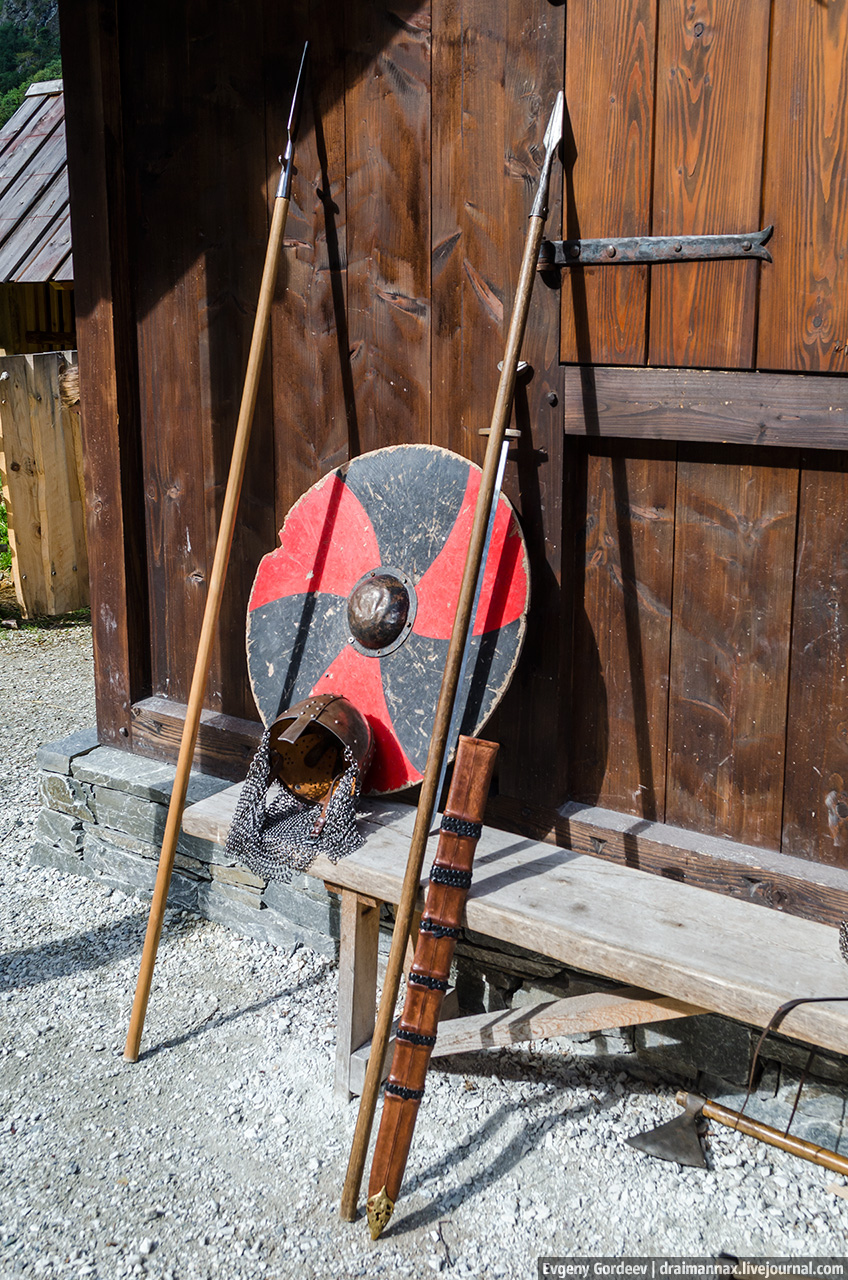 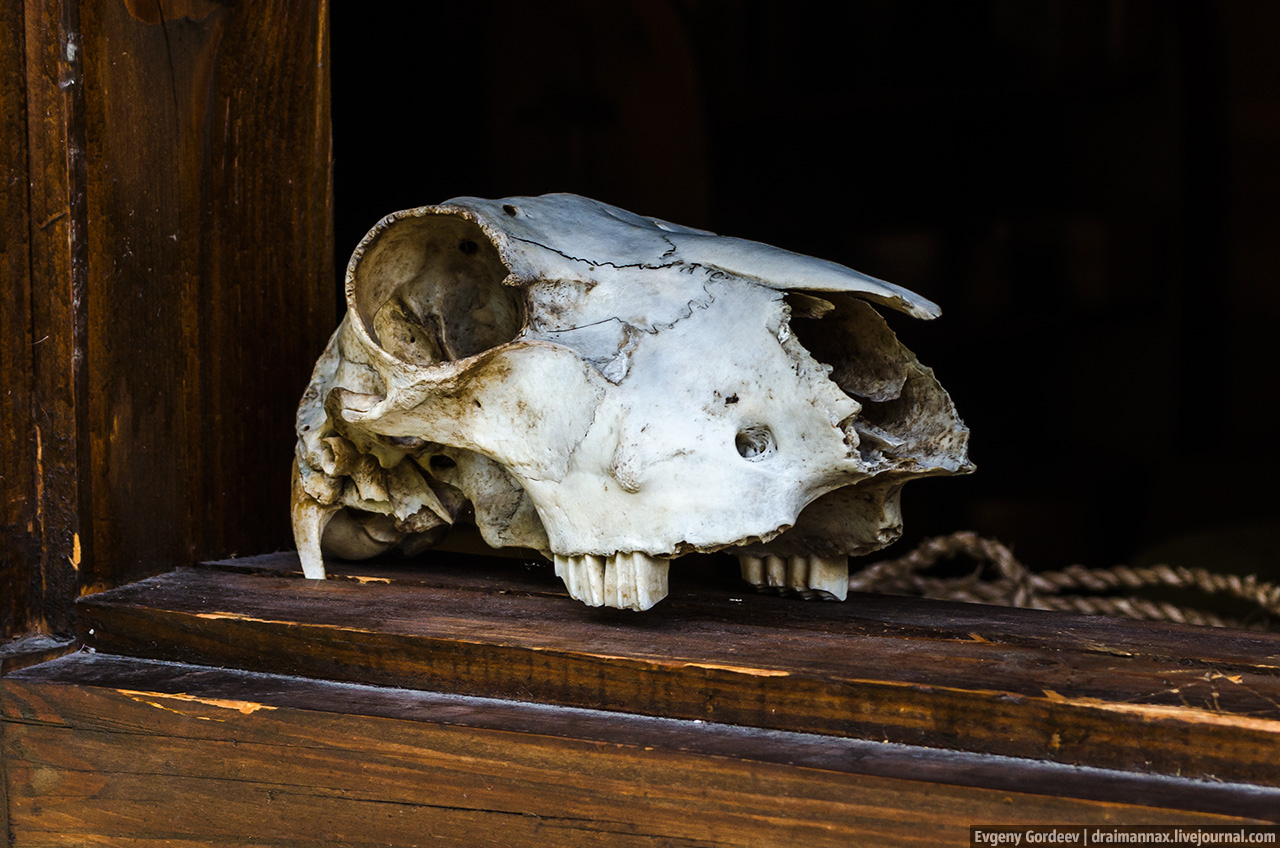 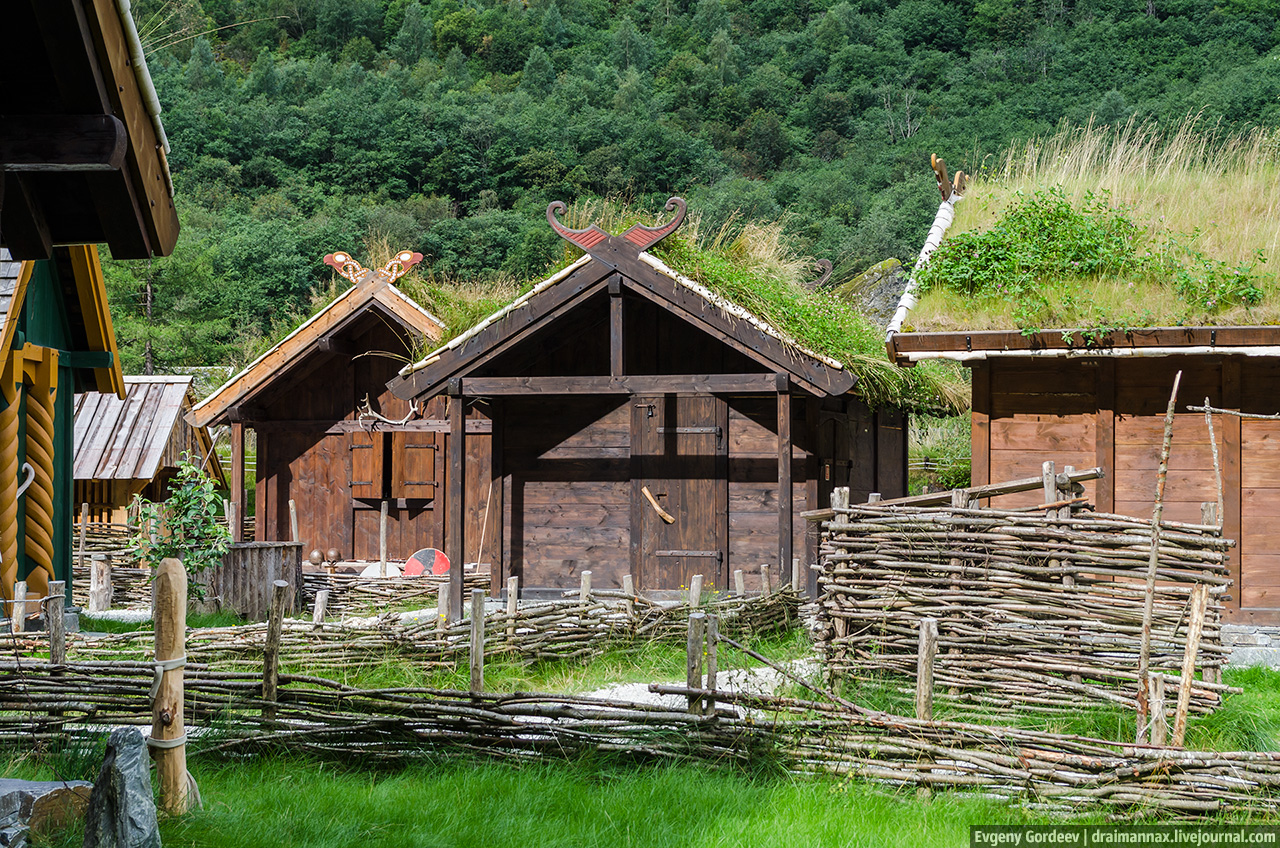 31. Finish visiting the museum on pagan idols. The far left is Thor, the god of thunder and storm, the son of Odin and the giantess Yord. Nearby stands the one-eyed Odin - the supreme god of the Scandinavian pantheon, the all-father and leader of the Aesir, the master of Valhalla and the ruler of the Valkyries. The third is of course Njord, the god of the sea and wind, the adopted son of Odin. Next to Njord there is a small idol with a naked red-haired girl - this is Freya, the daughter of the sea god, the goddess of love and war. Well, to the right is the god of cunning and deception Loki (yes, the big branch is what you thought about). 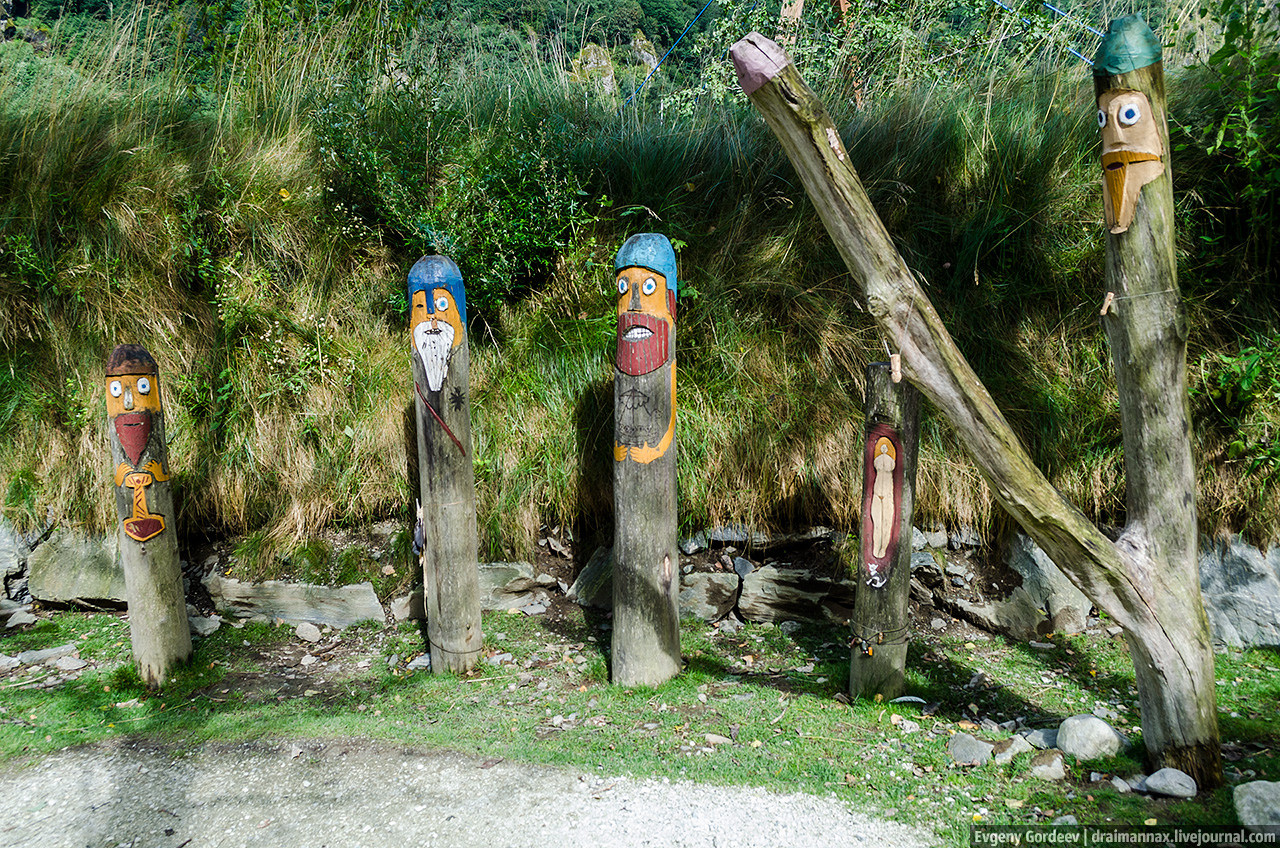