AdBlock detected. Site operation may be disrupted due to running AdBlock. Please disable it for this site.
Home Stories Netherlands

Perhaps the first thing that comes to mind when you hear the word "Holland" is a mill. In our minds firmly established this association. So we definitely want to see this national symbol, and not one - two mills, which are found along the road, and the whole complex! To do this, we went to the village of Kinderdijk (Kinderdijk), where back in the XVIII century, was built a system of 19 windmills, they can be seen today. 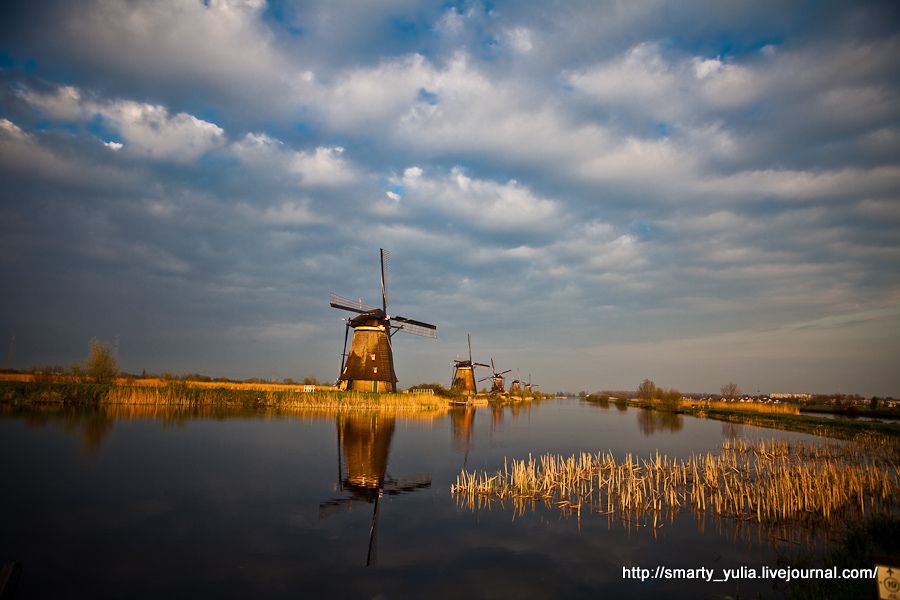 Official site of the village: http://www.kinderdijk.com/ You can see here how to get there, where to park, while the complex, the cost of tickets (walk through the area is free, but for the inspection of mills inside take admission). 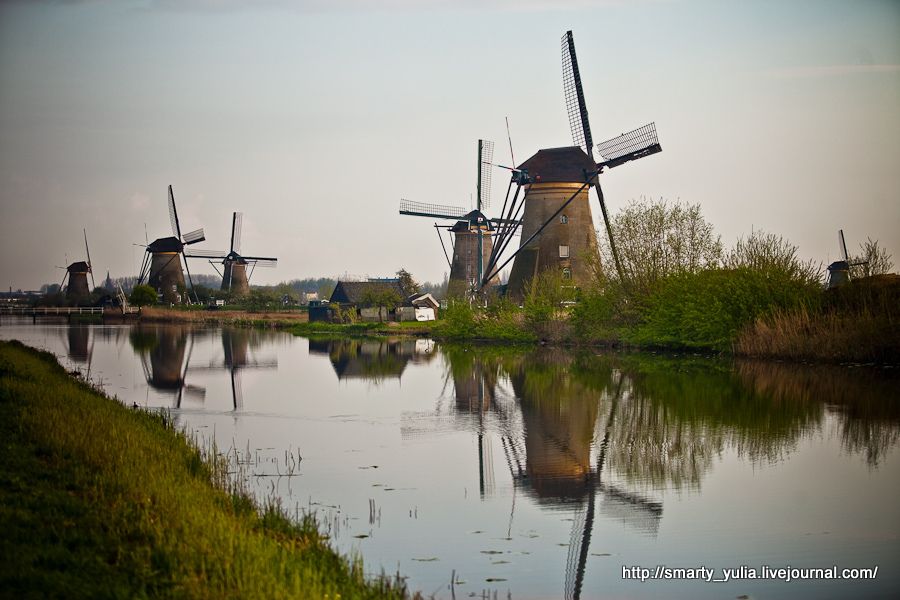 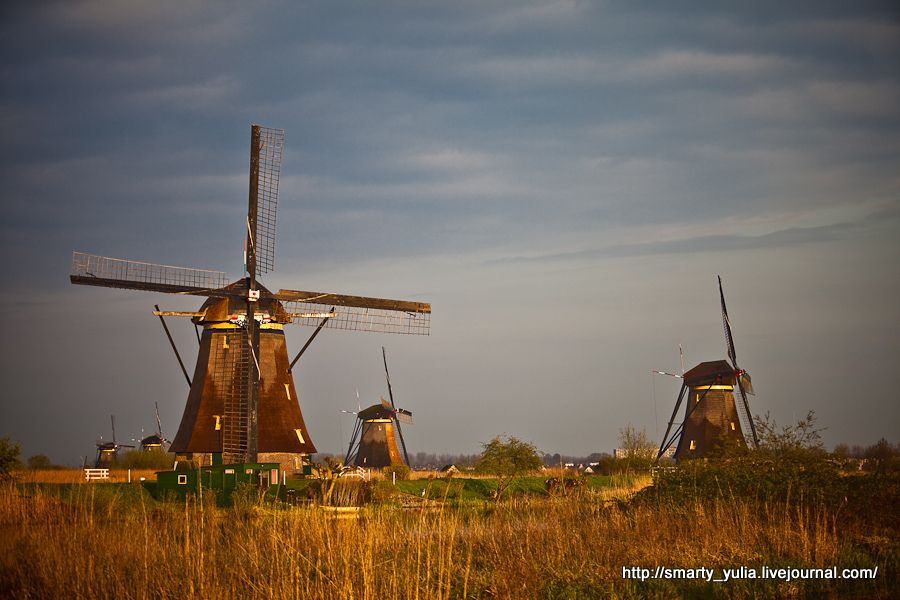 According to legend, «Kinderdijk» got its name (which translates from Dutch as "baby dam") due to unusual events that occurred in 1421 during the flood of St. Elizabeth. When a terrible storm subsided, people went to see what had survived, and saw in the water cradle. They did not expect to find there someone alive, but when the cradle swam closer, it became clear some movement. Then someone saw a cat jump from one corner to another to keep his balance cradle. When cradle swam to shore, it was found that it is completely dry inside, and it quietly sleeping baby. 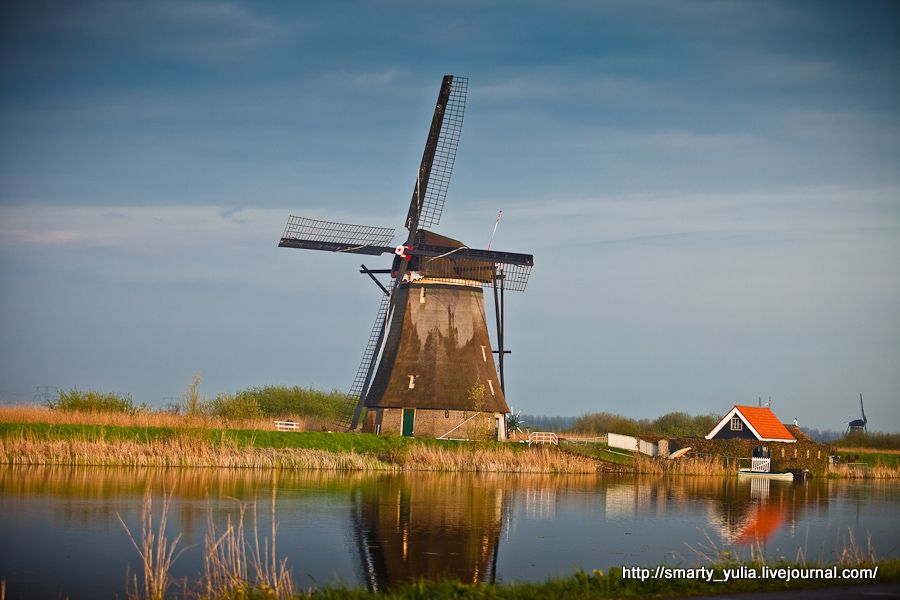 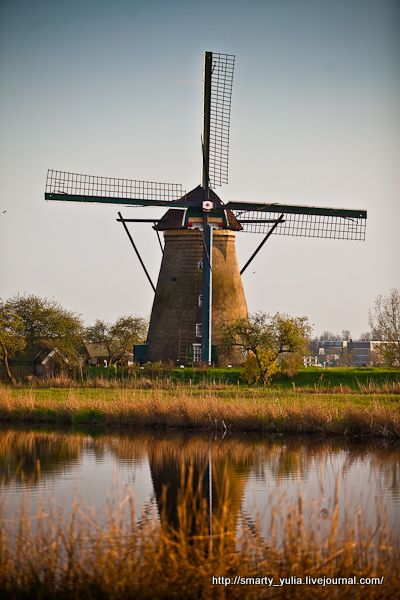 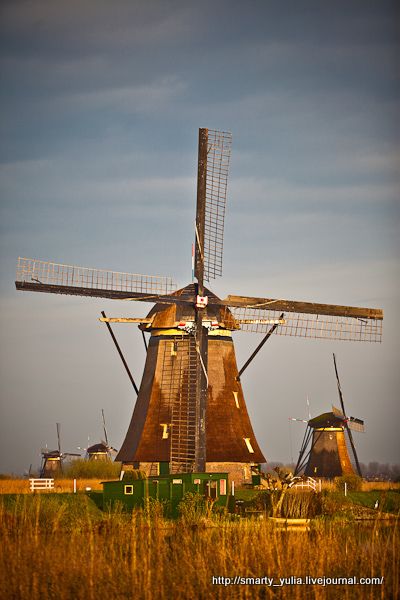 The drainage system is of particular importance in the Netherlands. Residents have long needed a developed system of water level control, in order to keep from flooding large areas (some parts of the Netherlands is below sea level). For polder Alblasserwaard (to which the Kinderdijk) this problem has become urgent in the XIII century. In order to get rid of excess water, were dug a large number of artificial canals. 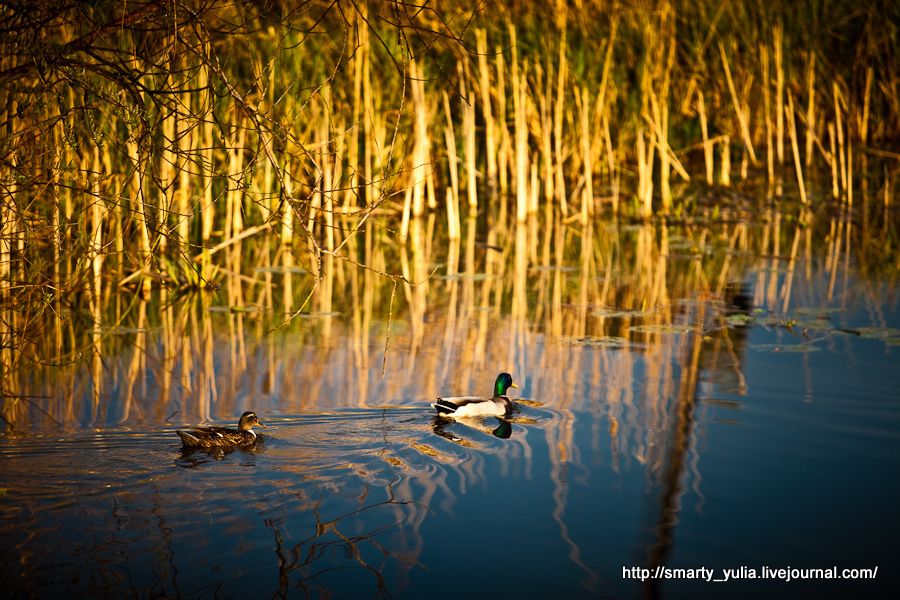 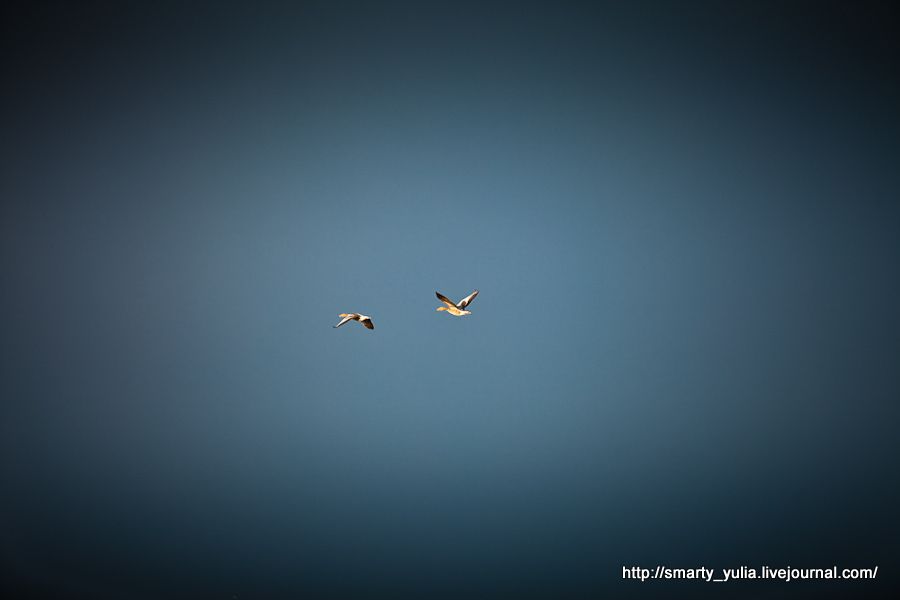 However, while drained soil just beginning to solidify, the river level rose due to river sand. After a few centuries, needed a new way to hold the polders dry. In this connection, it was decided to build a number of windmills that can pump water and keep it in the indoor pool at an intermediate level between the level of polders and the water level in the river. 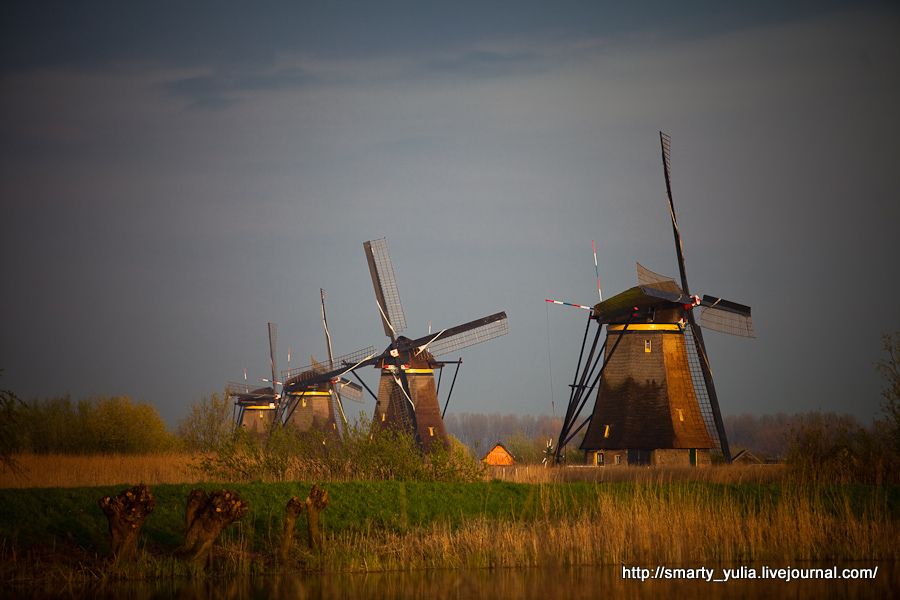 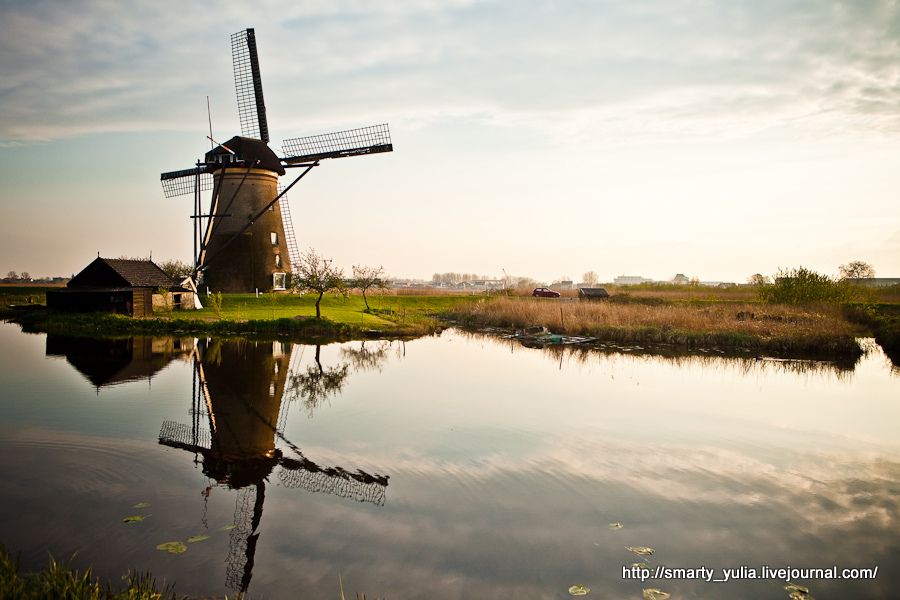 Full control over the water level has not been reached. Kinderdijk times was flooded due to the destruction of dams. 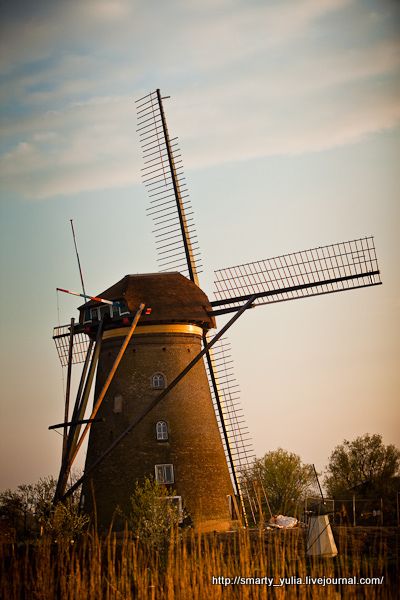 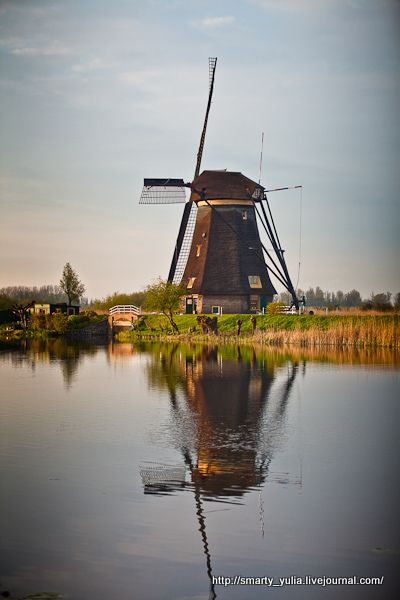 The first windmills appeared in the middle of the XIII century., Used not only for pumping water, but also for grinding grain, sawing wood, pressing oil, tobacco and cocoa processing. 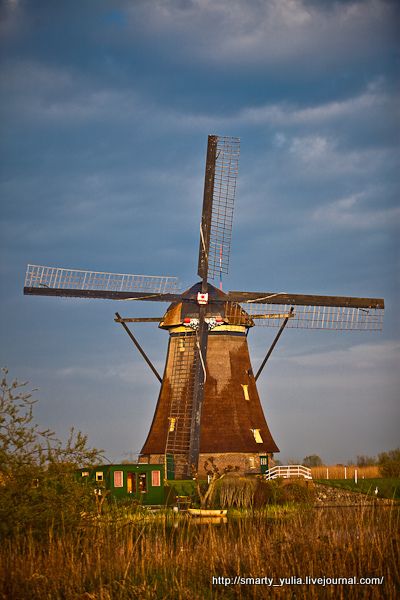 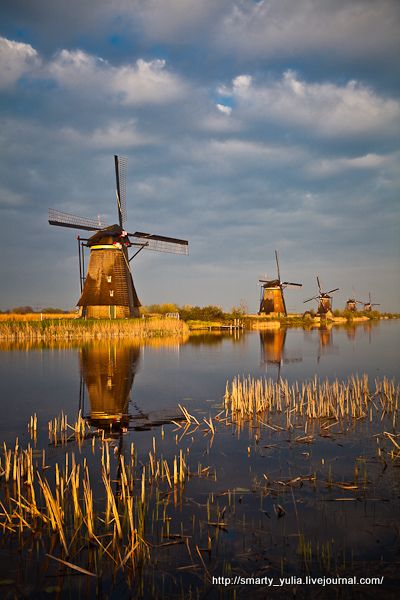 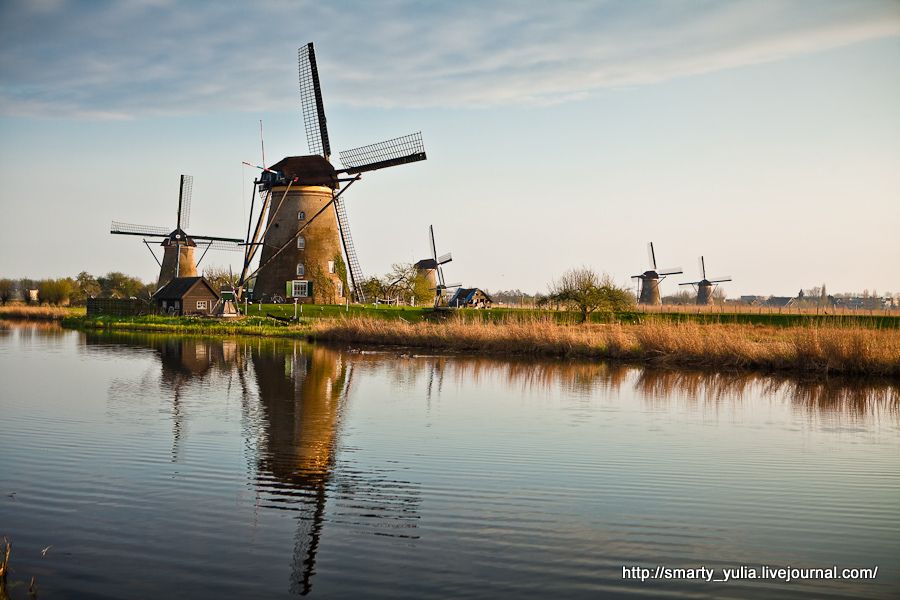 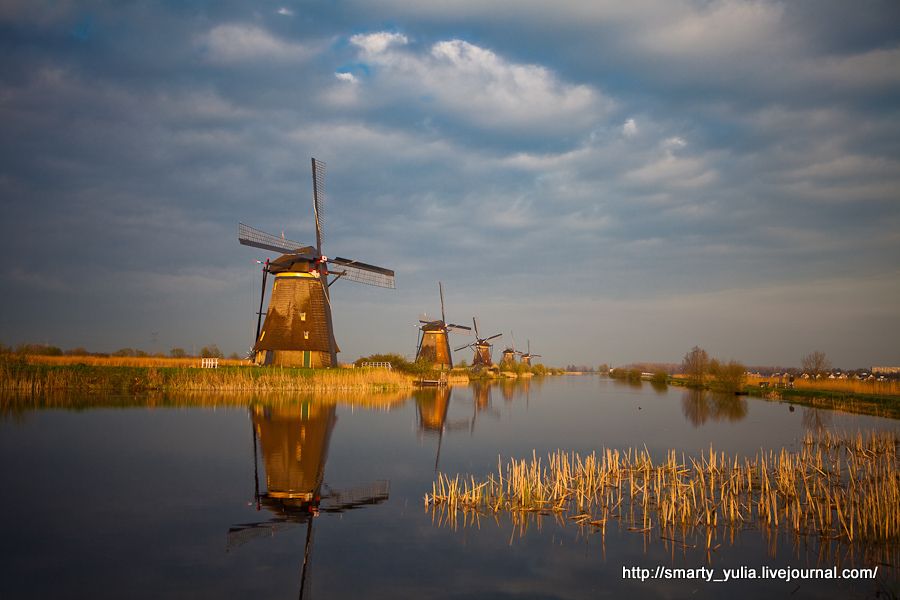 In the seventies, built a new diesel pump station, which is still in operation. This station consists of three large "corkscrews", which pump water from the polder into the river. At full capacity, a total of 1,350 m3 of water per minute can be pumped. In 1981 the additional station with a capacity of 1500 m3 per minute. 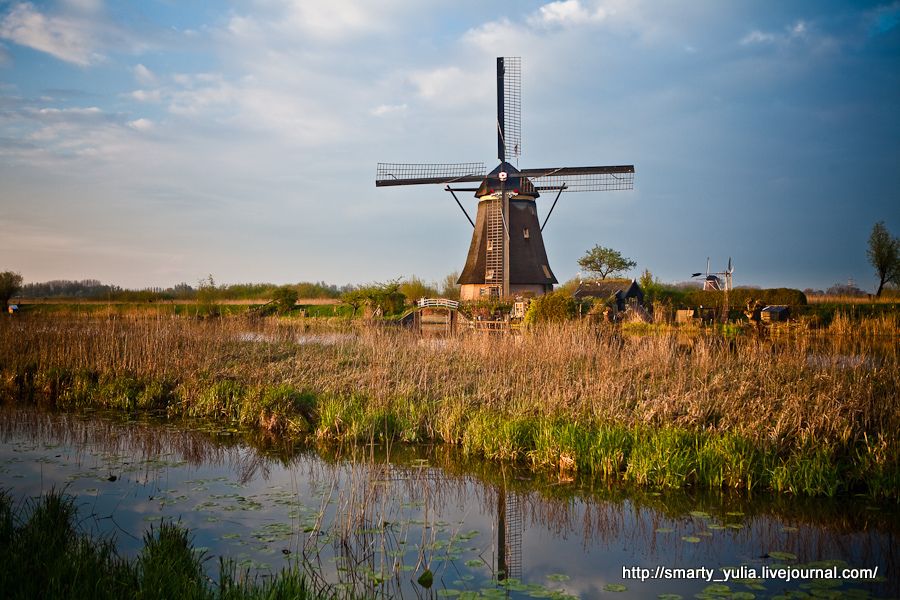 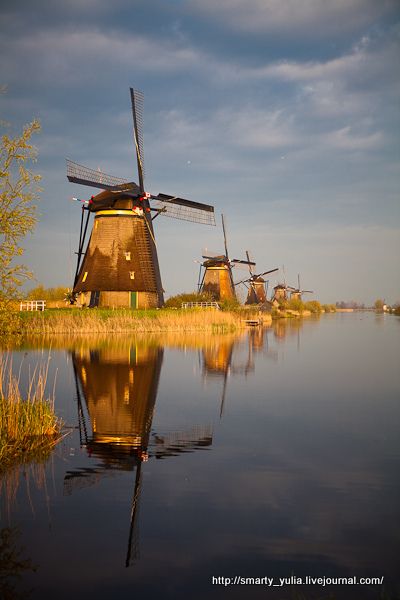 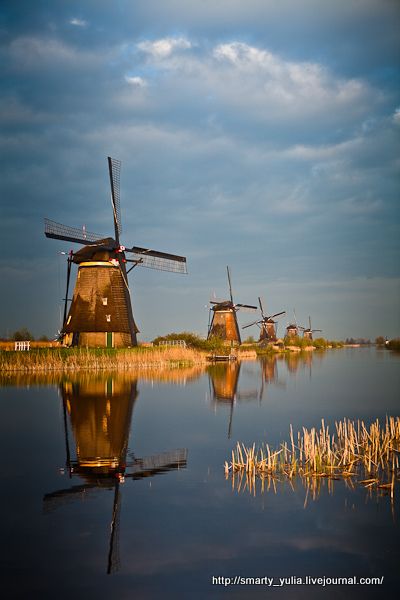 Among the different structures prevail wooden polder mill. They usually 8 in terms of carbon, at least 6 or 12 carbon. Their outer upper arm portion rotates to orient the wings. At mills with rotating top wings themselves are turning against the wind. 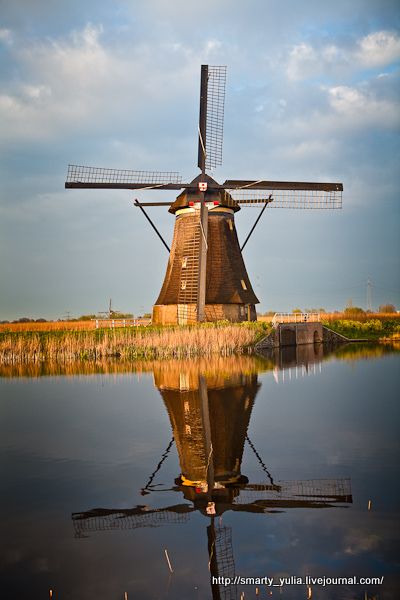 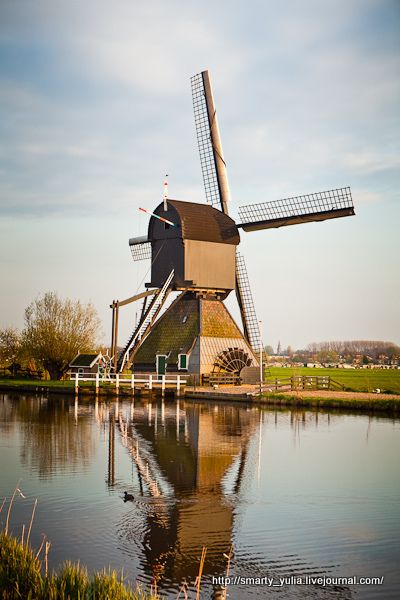 Most windmills in Kinderdijk are still inhabited. 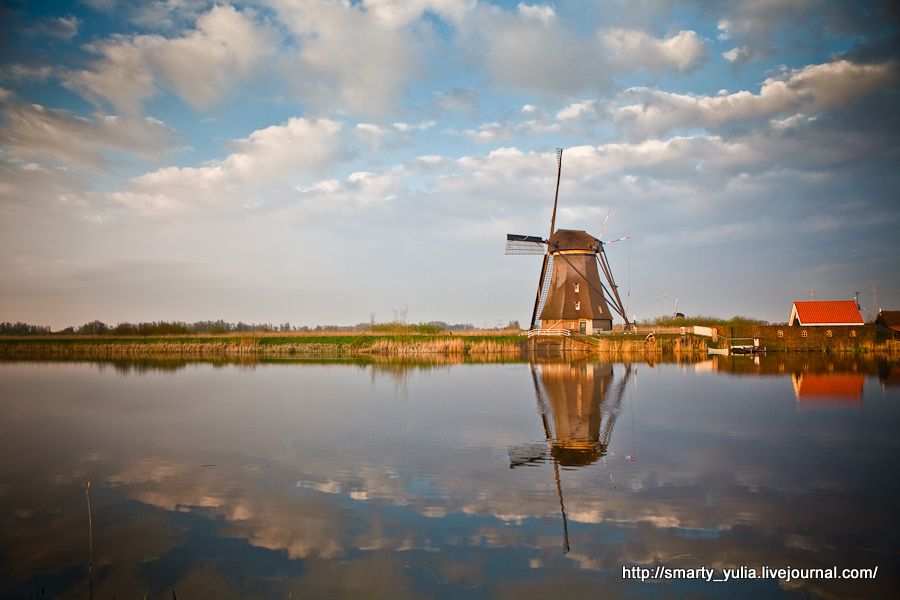 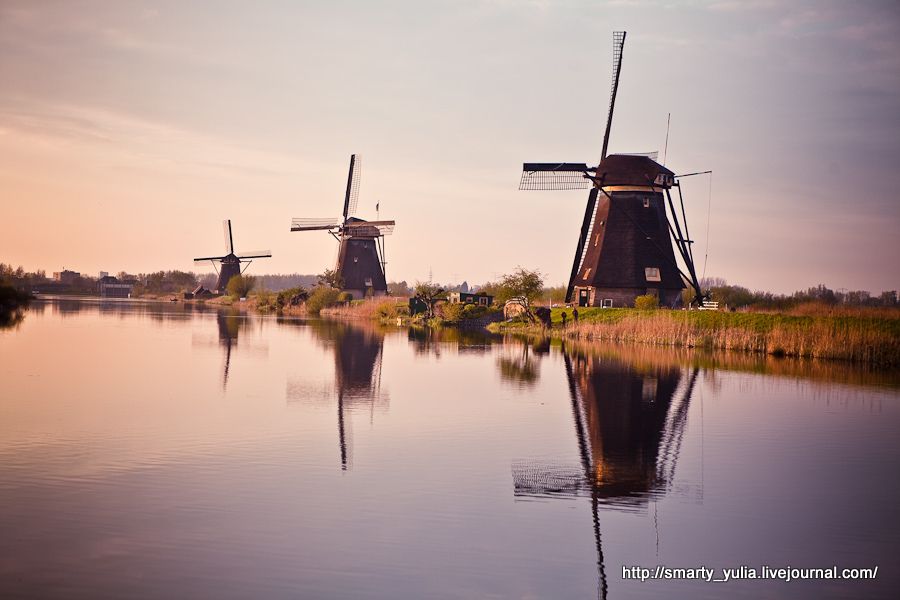 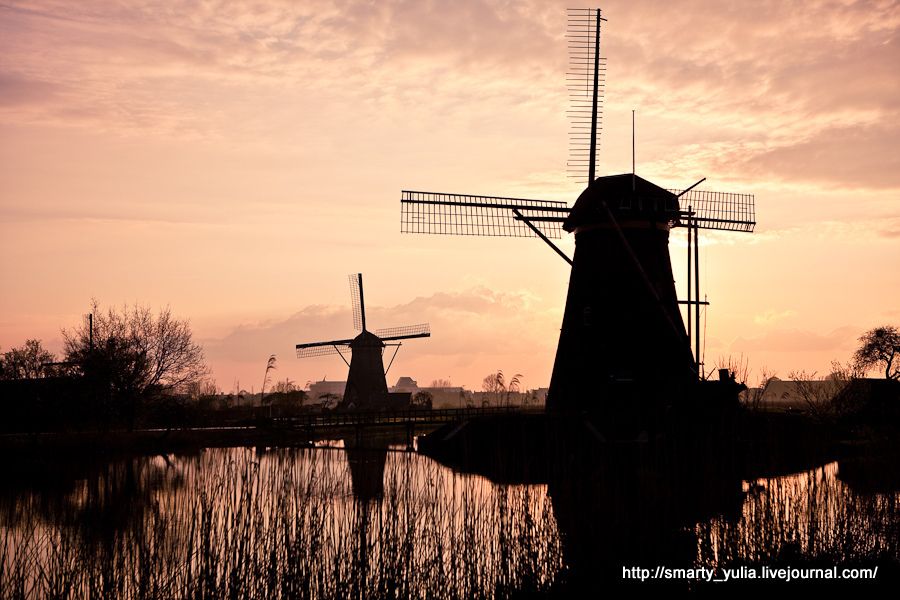 In general, if you are in the Netherlands, be sure to call in here, because only here you will find so many windmills in one place and be able to touch history.