AdBlock detected. Site operation may be disrupted due to running AdBlock. Please disable it for this site.
Home Stories Mongolia 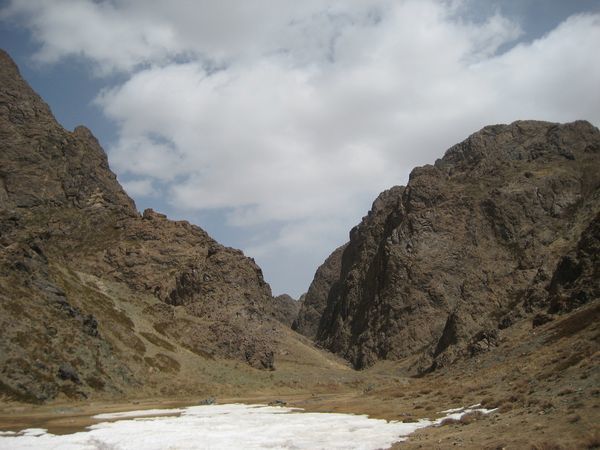 Oh, something I've been about Mongolia wrote. But so far only talked about 5 dnvyah way out of 10.
After spending the night in a poor village Bayandalay mail hotel, we went to the side Yolyn Am. The hotel was very miserable - old iron bed, covered with a noticeable layer of dust, some scraps lying around on the furniture, cold. We slept in sleeping bags without undressing. 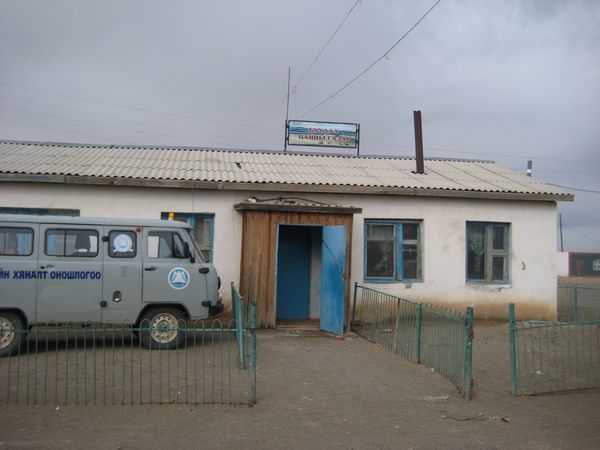 The village itself was also quite sad. Well do not compare it to pave the Gobi. 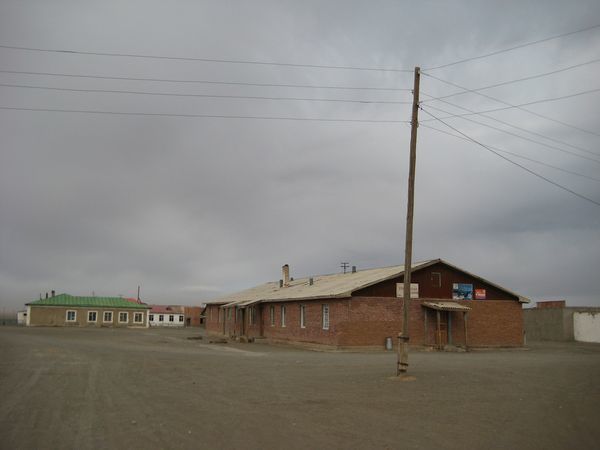 So, we're going to Yolyn Am. 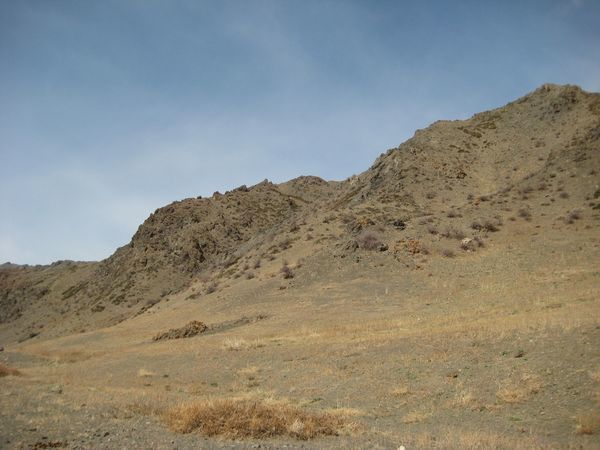 Here's a short description of the place (not mine!):
In 1965, Pad Ёlym Am was declared a nature reserve. Pad is a huge chasm with steep cliffs, rises to a height of 2815 m above sea level. Cleft, which can block the narrowest point in the way, holding hands, formed as a result of a strong earthquake that split the mountain in two parts. At the bottom of it carried a bustling mountain stream, which threw off a cliff, forms a picturesque waterfall. In the middle of the gorge rises Ёlyn am dvuhsotmetrovuyu pinnacle from which rainwater falls four spectacular waterfalls after the recent rains. In the dry waterfalls not. On the cliffs of the gorge over the years vultures nest, hence the name - Pad Vulture. I am sure that at this point in the summer there are tourists and staff. But on this day we have not met anyone. 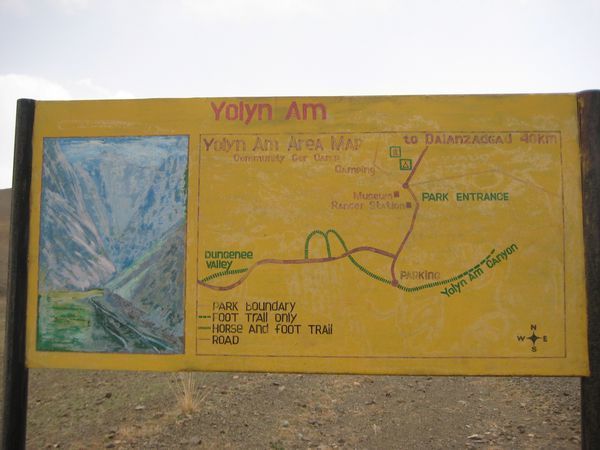 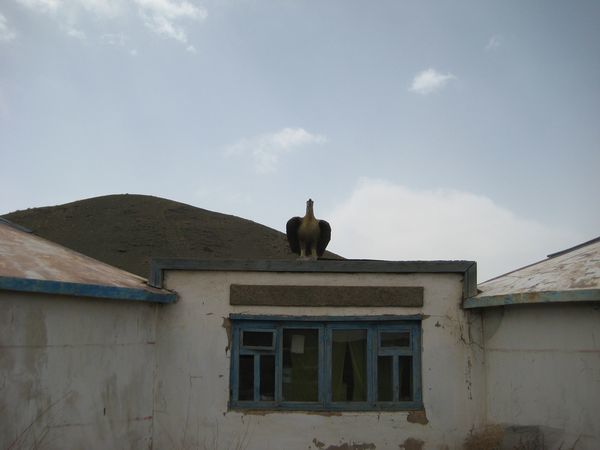 In the beginning a lot of growing juniper. As we told the guide of its roots make various crafts and sell immediately. But all summer but not in May. 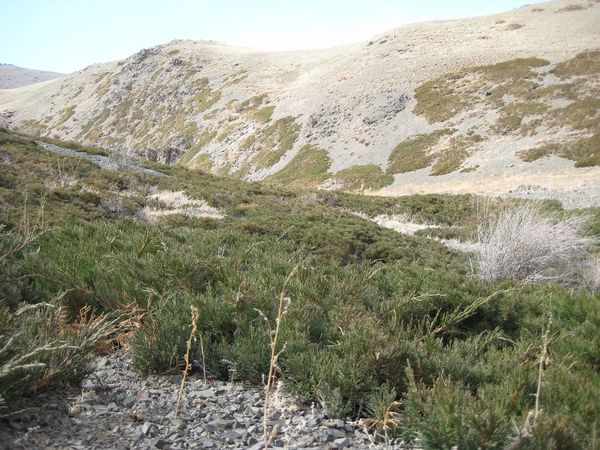 But in May, we saw the flowering of local lungwort. Very beautiful flower. 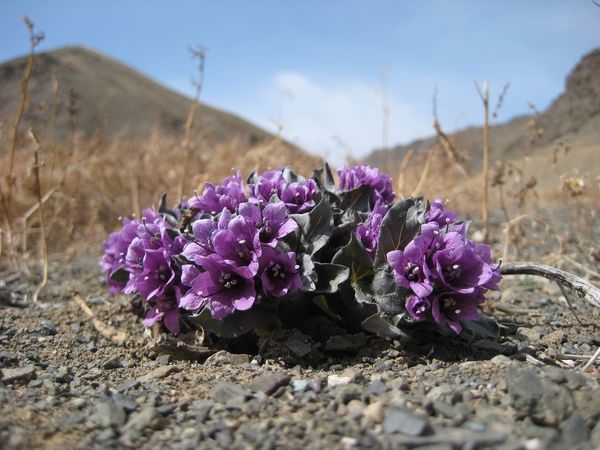 Yolyn Am famous for its abundance of wildlife, but we do not vstrili almost anyone !!! Although pikas little pleased. 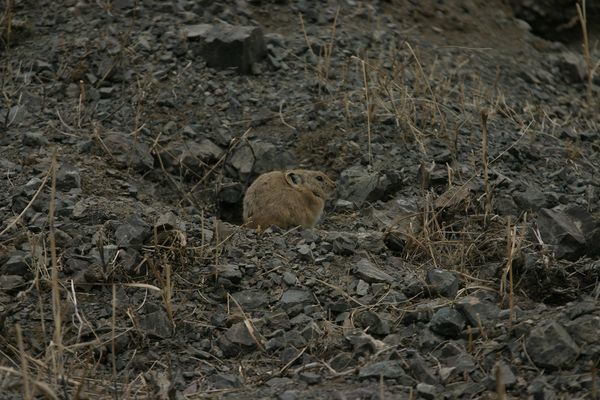 In general, there are very nice. 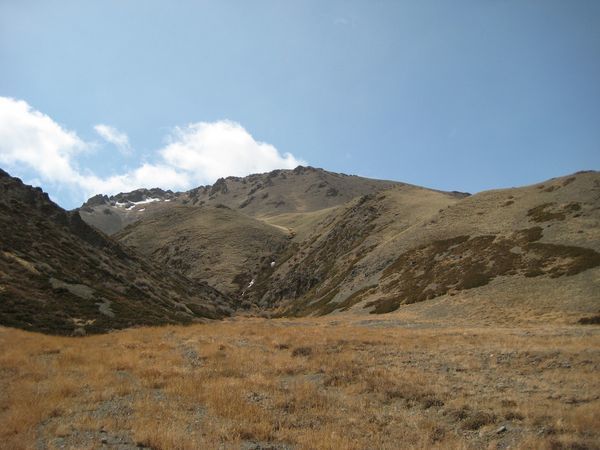 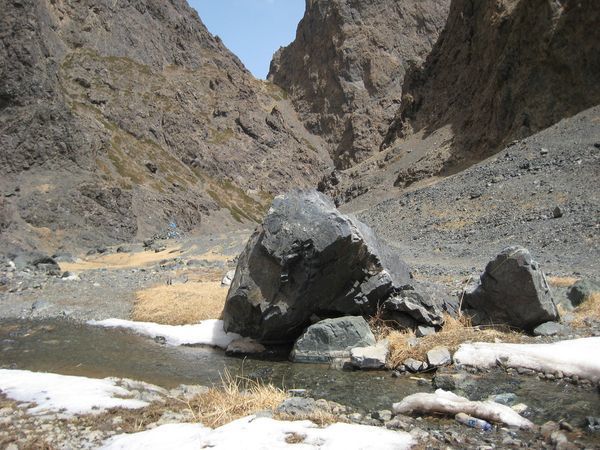 Later in the gorge meets the creek. 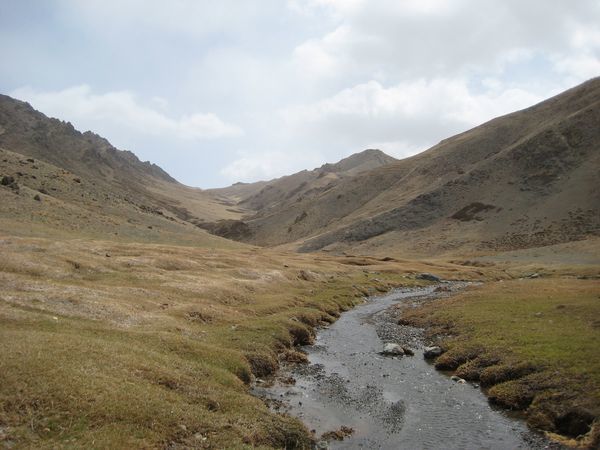 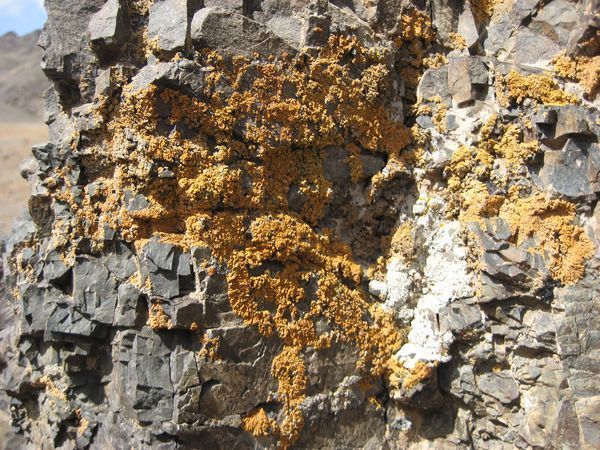 Well without ovo and then you can not do. 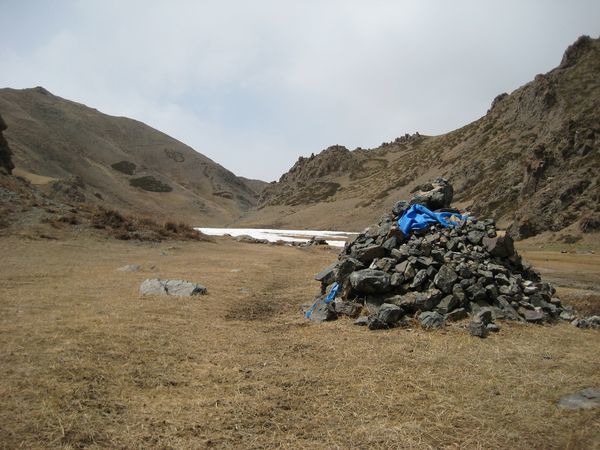 And here is the famous, almost never melting ice at the end of the gorge. 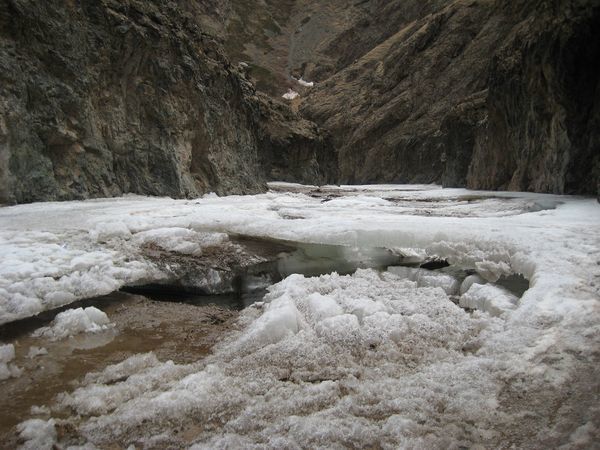 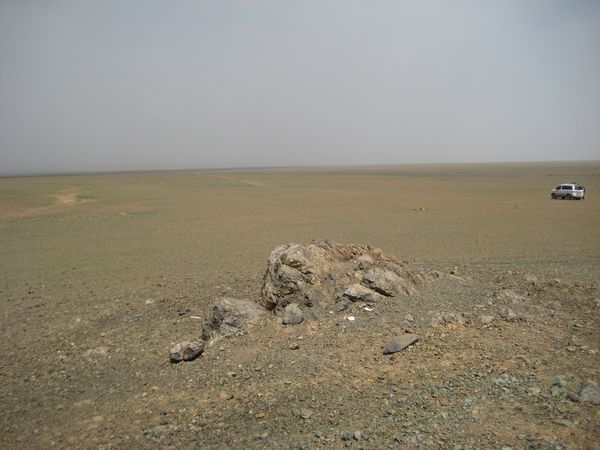 As in all other Mongolian cities and towns, I did not really like. In addition, we were there on Wednesday. And on Wednesday at our hotel did not sell beer. But in the evening disco-style "30+" and with loud music! In the evening we could not sleep for a long time. Staged scandium and we lived a little higher. Disco was on the first floor. 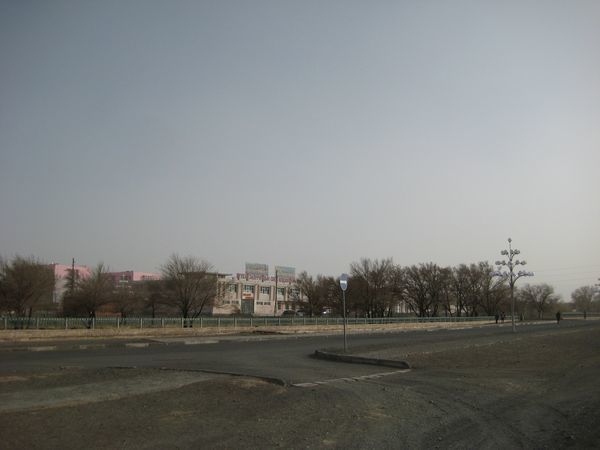 In this museum we visited he was already closed. 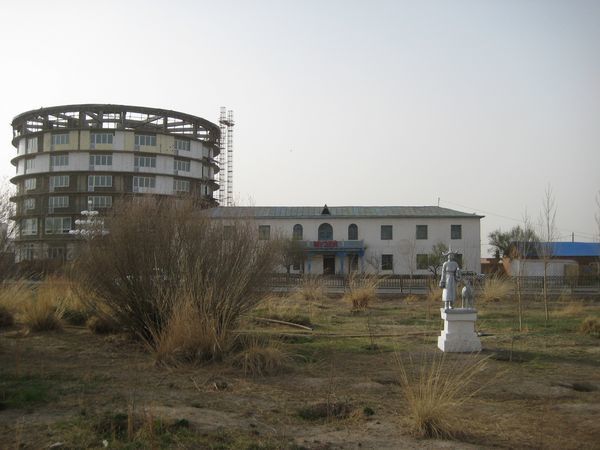 In the theater, too, decided not to go. 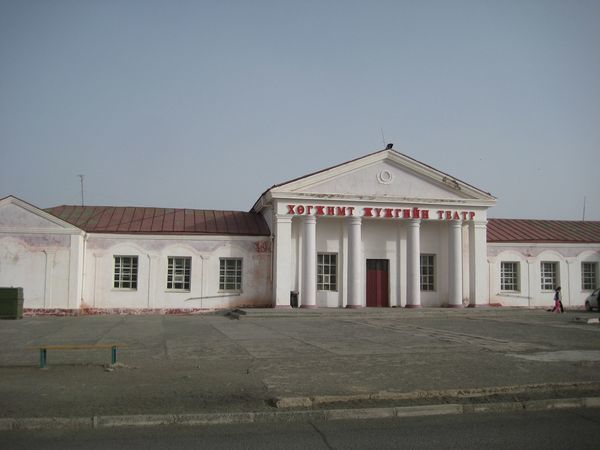 But the lights in the city recently updated. 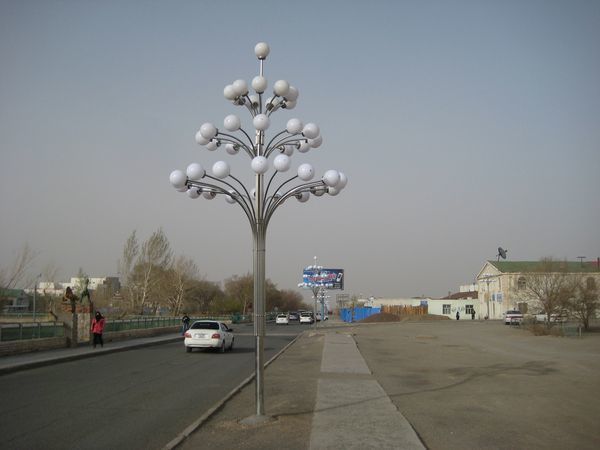 What is it I can not say for sure, most likely a former children's sculpture of a cat or bunny. Perhaps the unofficial symbol of the city))) 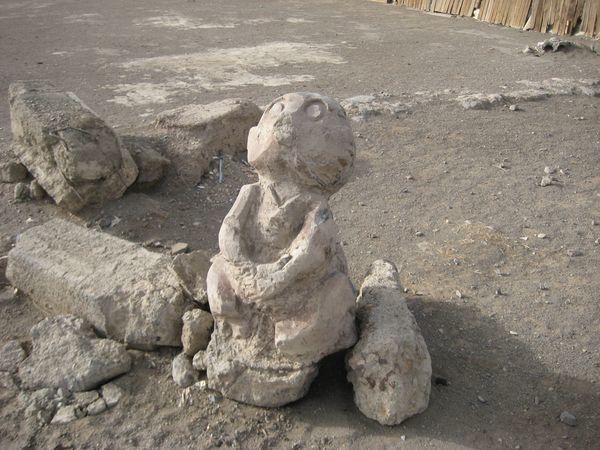 And the city was a dust storm. I then picked out the grains of Dogo eyes.