AdBlock detected. Site operation may be disrupted due to running AdBlock. Please disable it for this site.
Home Stories Kazakhstan

Assy plateau - this summer Zhailau, located at an altitude of over 2,800 meters above sea level. In winter, the climate here is very severe, but in the summer due to heavy rains, water meadows almost every day and the scorching sun of the mountain, Zhailau becomes an ideal place for grazing livestock. Since ancient times, this blessing of nature skillfully use shepherds. Their yurts are perfectly combined with extensive meadows and mountain ranges, evoking the atmosphere of times gone by nomads. 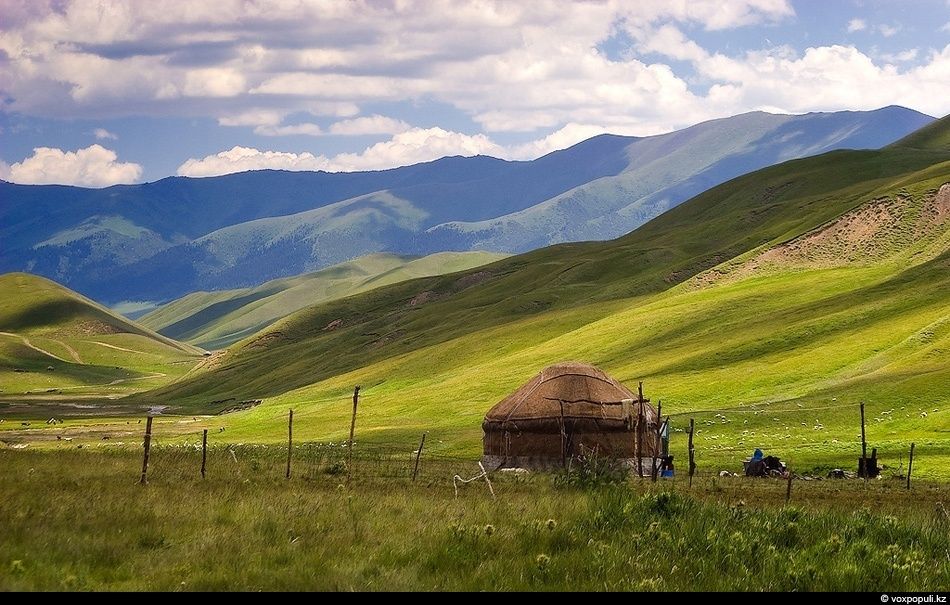 View from Taban-carrageenan. At the bottom of the river flows swift Chilik - the biggest mountain river Trans-Ili Alatau, which flows into the river Ili. Two photographs taken at different times of the year. 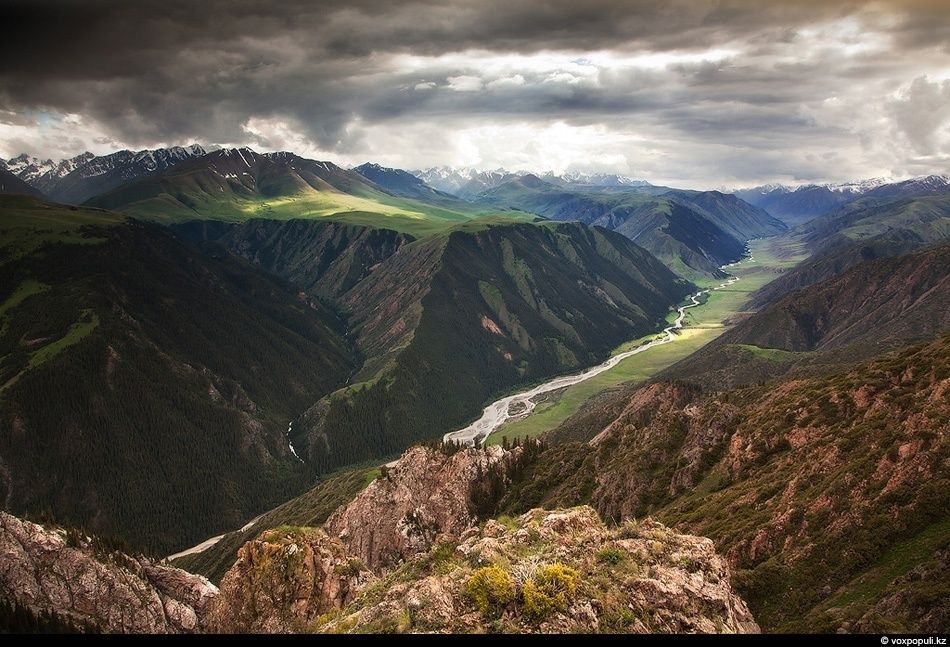 100 km north of the Trans-Ili Alatau Singing Dunes. This unique cluster of sand height of about 90 meters and a length of several kilometers. During strong winds grains, moving and electrifying, create a sound like a rumble. Hence the name "Singing Dunes". 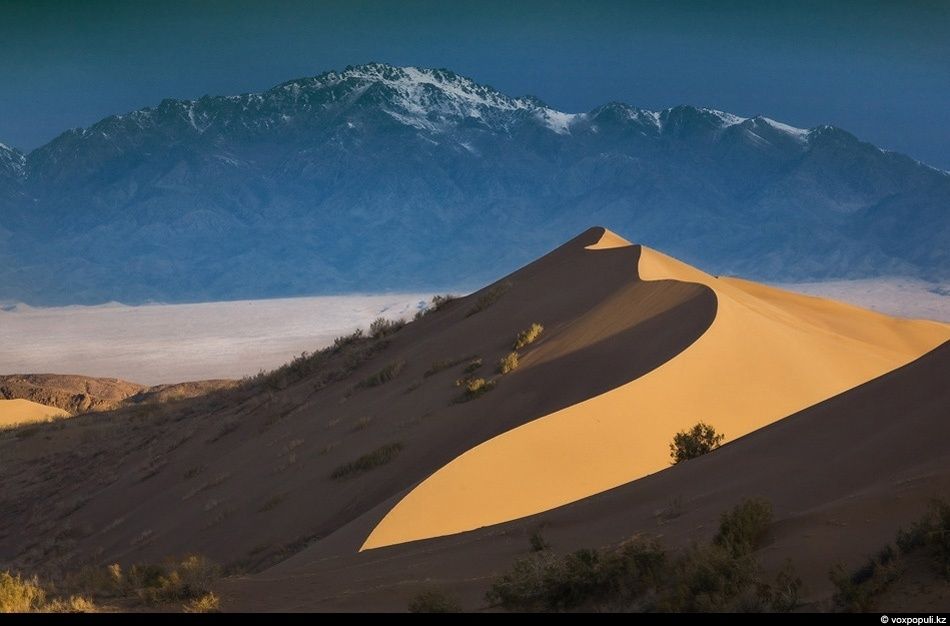 In addition to these well-known places in the vast Kazakh can see great masterpieces, created by nature and man. 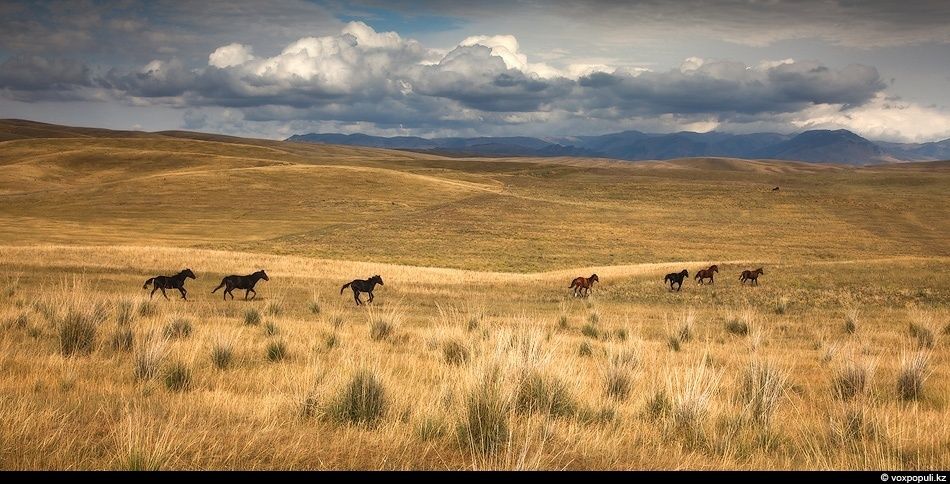 Very close to the city (about 40 kilometers) is Ush Konyr. In winter, the climate is milder than in the neighboring mountains or steppes. On the northern edge of the plateau, on the part of the valley is a broad peak of triceps, which since the days of the Soviet Union was noticed and was chosen to fly gliders. For the past 20 years Bole soar with this mountain hang gliders and paragliders. On the mountain Ush Konyr regularly hosts international competitions: the CIS Cup, the championship of Kazakhstan and Asia. 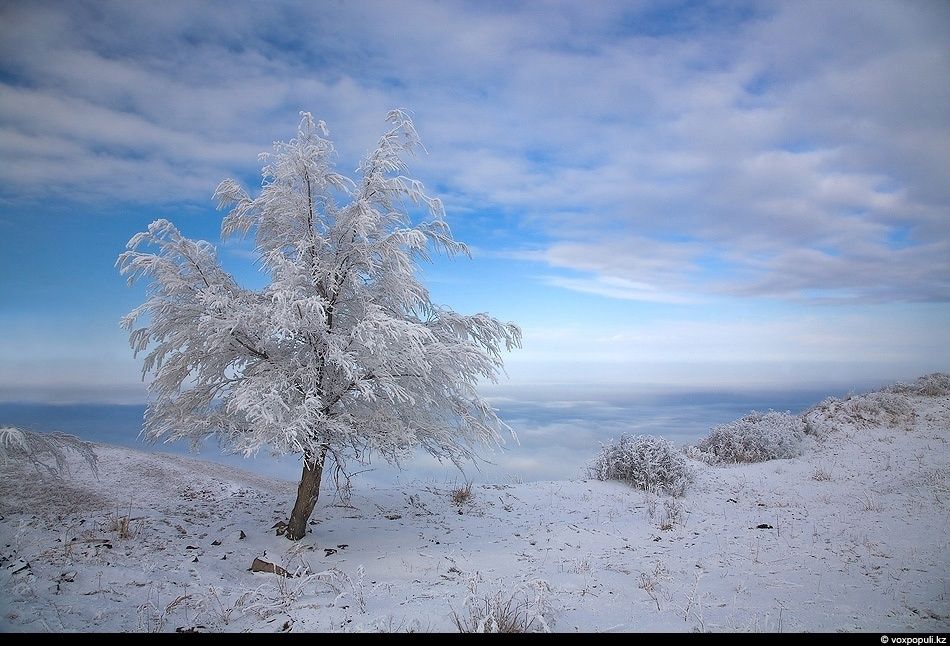 Near the southern capital is known all over the world Medeo - one of the main attractions of Almaty. This is a great place for day hiking in the mountains in winter. Especially after a snowfall. 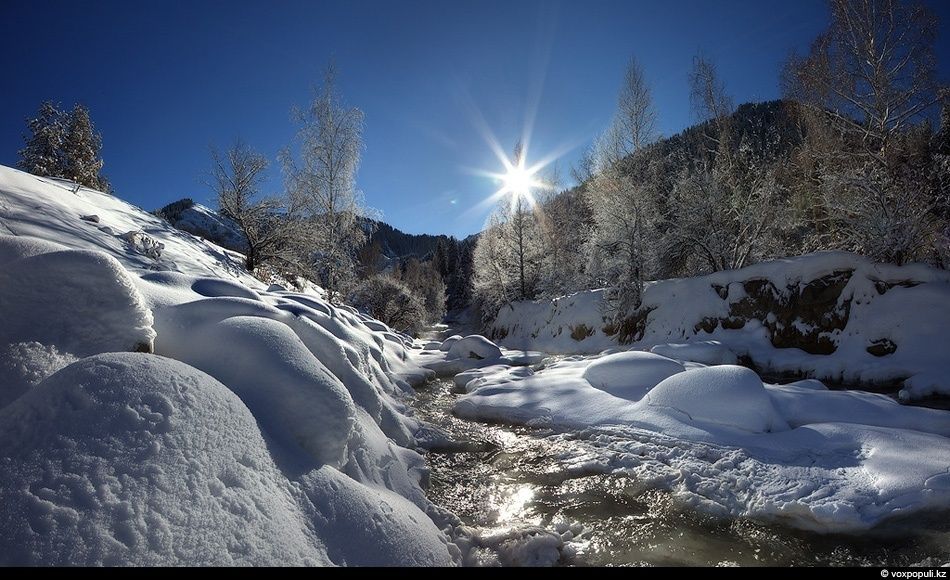 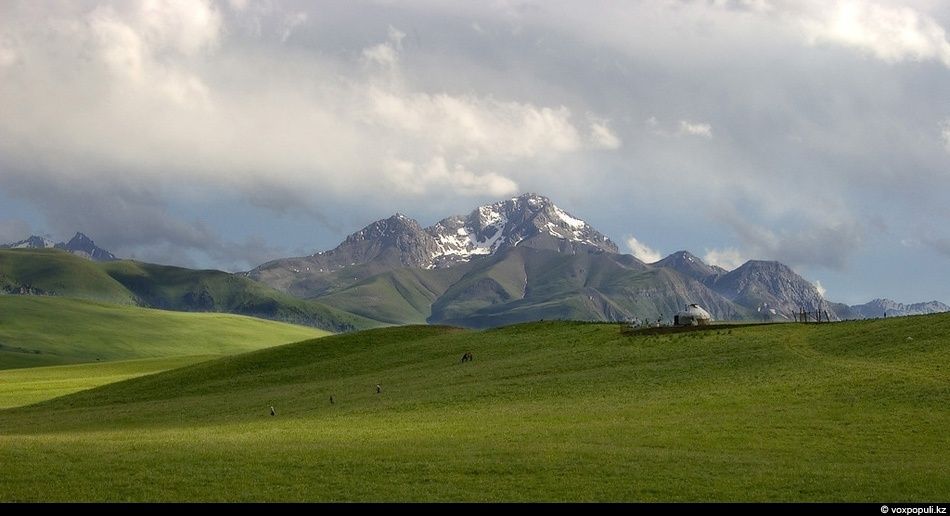 Kaindy unique lake was formed by an earthquake in 1910 and the passage of floodwaters, cutting off the river. Water flooded a small ravine and beneath it were ancient trees. On the surface, stick poles - the trunks of trees, and trees preserved under water much better - branches remained intact, and they were algae, like pine needles - Get underwater fairy forest. 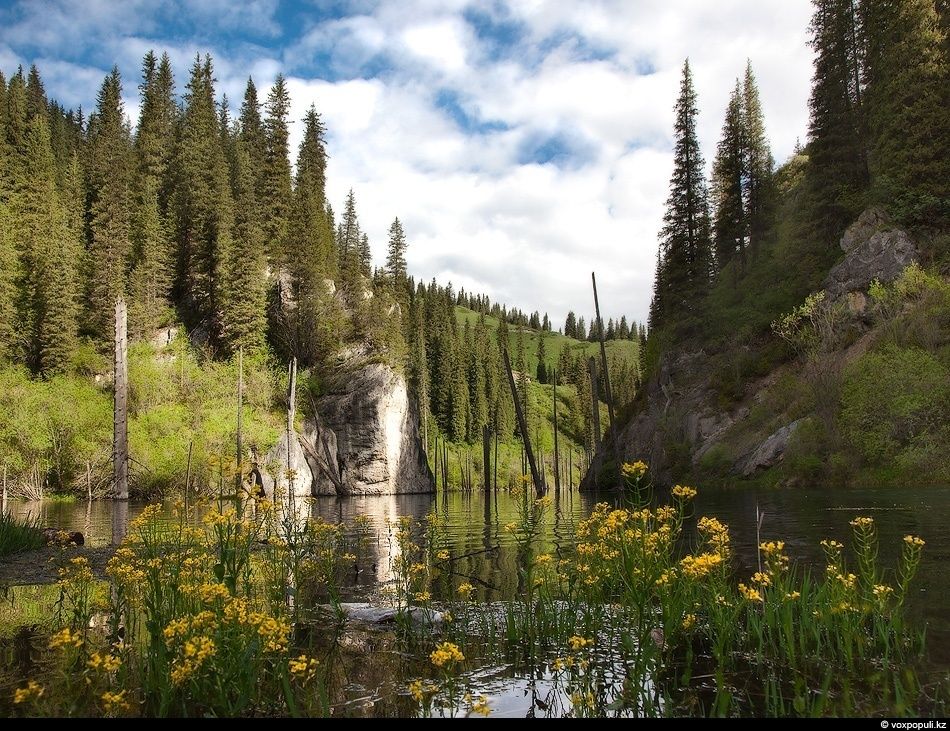 Along the southern border of the national park Altyn Emel the river Ili. For reserves or falls into Kapchagai reservoir. To the confluence of the river has Kapchagai dingy brown. Once the reservoir water settles and becomes much clearer and more transparent. 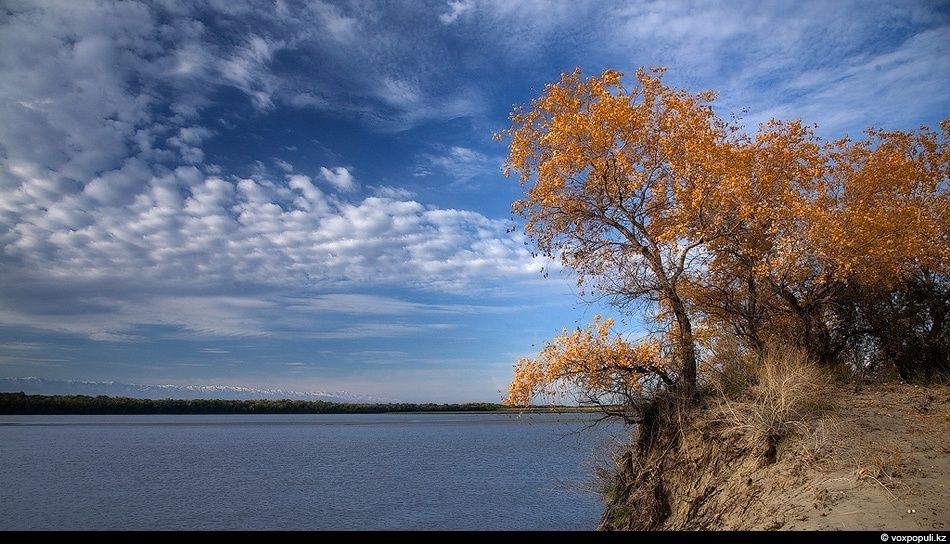 Camels in the snow, your CO 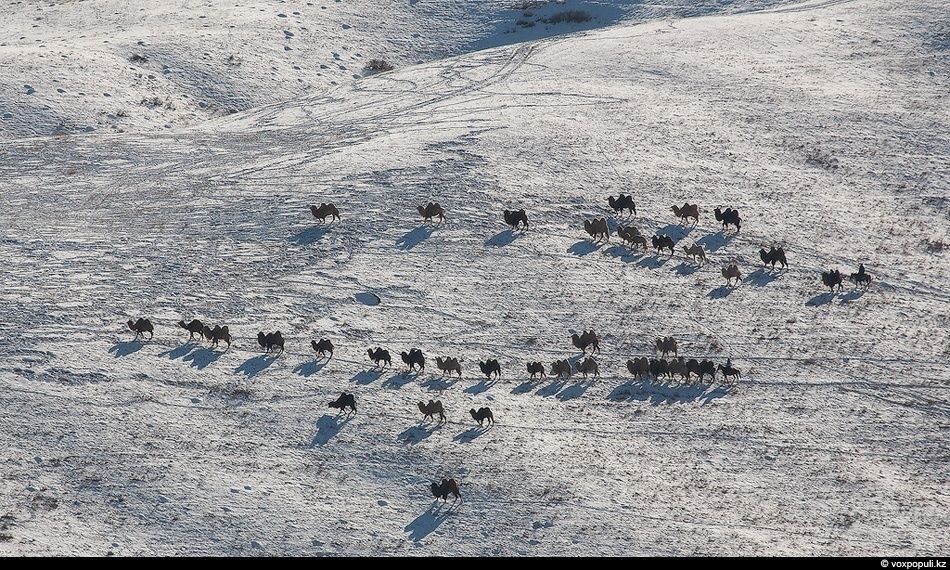 In the morning or sunset hours dune becomes reddish, and the shadows draw carefully relief and create volume. 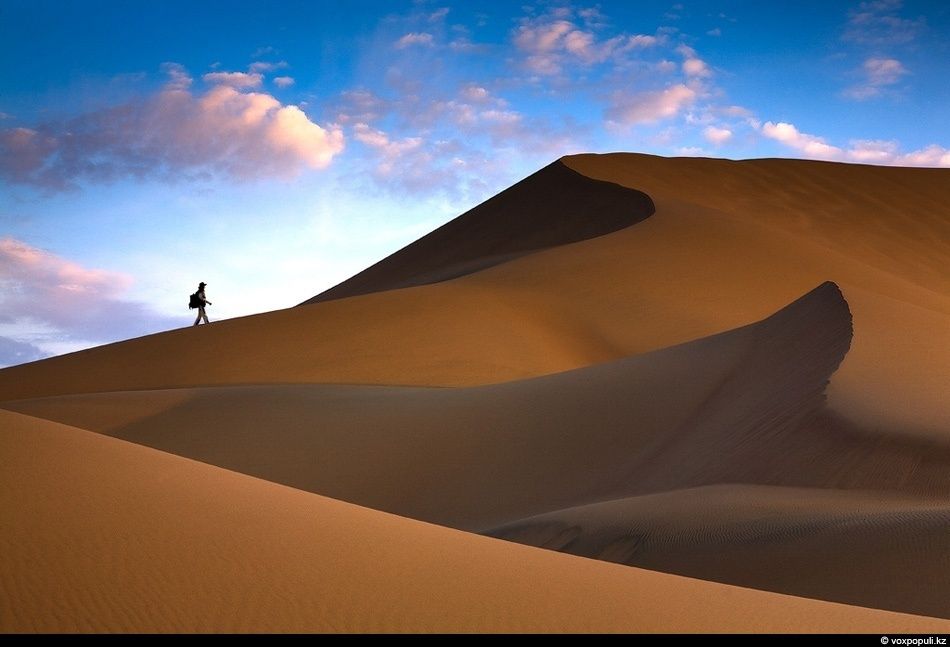 Altyn Emel reserve, Ak-Tau. White Mountains in the background like a cyclone to another planet. 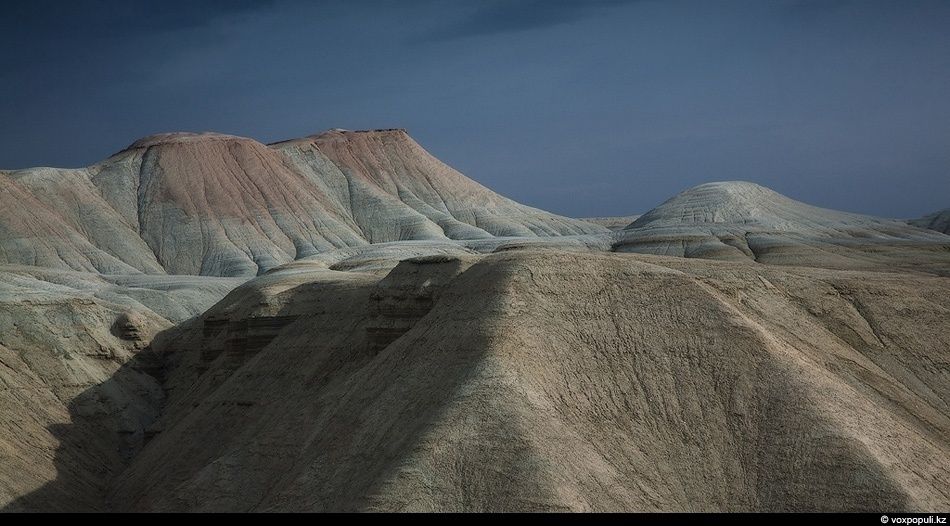 Lake Kulsai called blue necklace of Northern Tien Shan. They are located in the valley of the West Lake Kaindy. Total five lakes, two large, one small and two small arranged one behind the other chain, practically to ice. In the photo - the second lake Kulsai in January. Under the crust of ice lake produces sounds similar to moans gigantic monster. 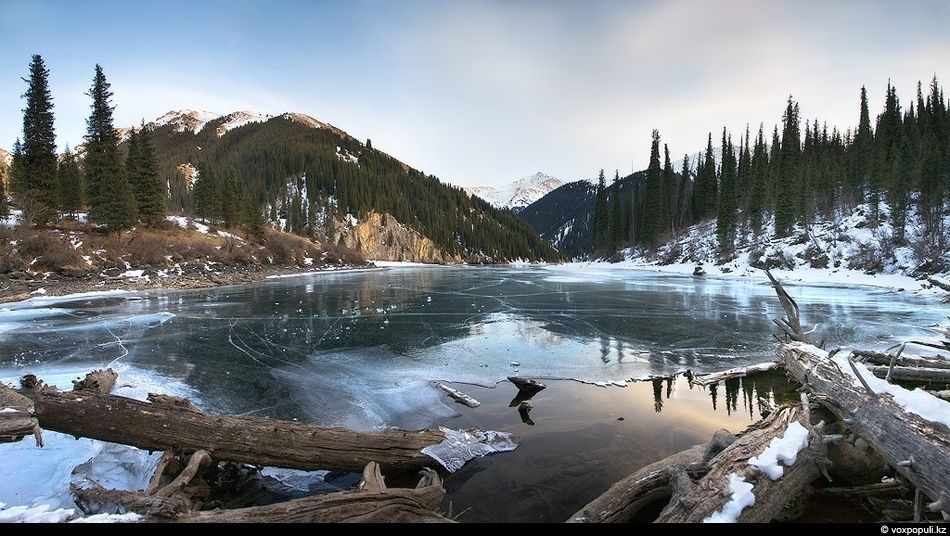 View from Kyzyl-AUZ. Sometimes, especially after rain, the transparency of air strikes - it seems that up to the ridge in front of you can reach out a hand, but in reality, mountains are located more than 70 kilometers from the pass. 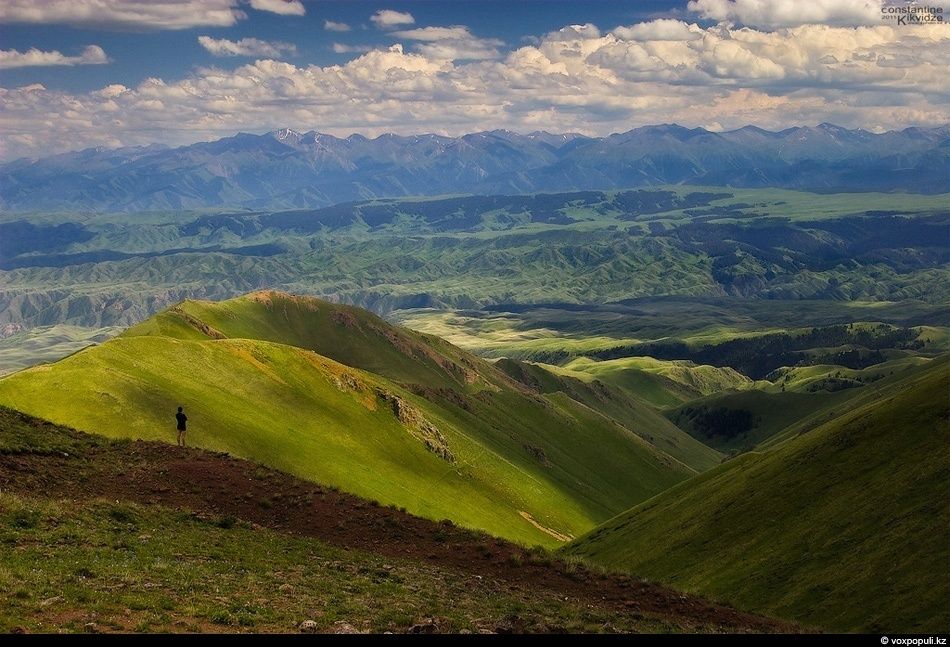 Or River Delta and its surroundings. Before flowing into Lake Balkhash, a system of numerous lakes and canals. The photograph - Oryol lake Thapar. Without water ecosystems and reeds, which are almost inaccessible to man, the Ili River would remain long without fish. Delta Or still abounds in fish, and is home to various species of birds and animals, many of which are listed as endangered. 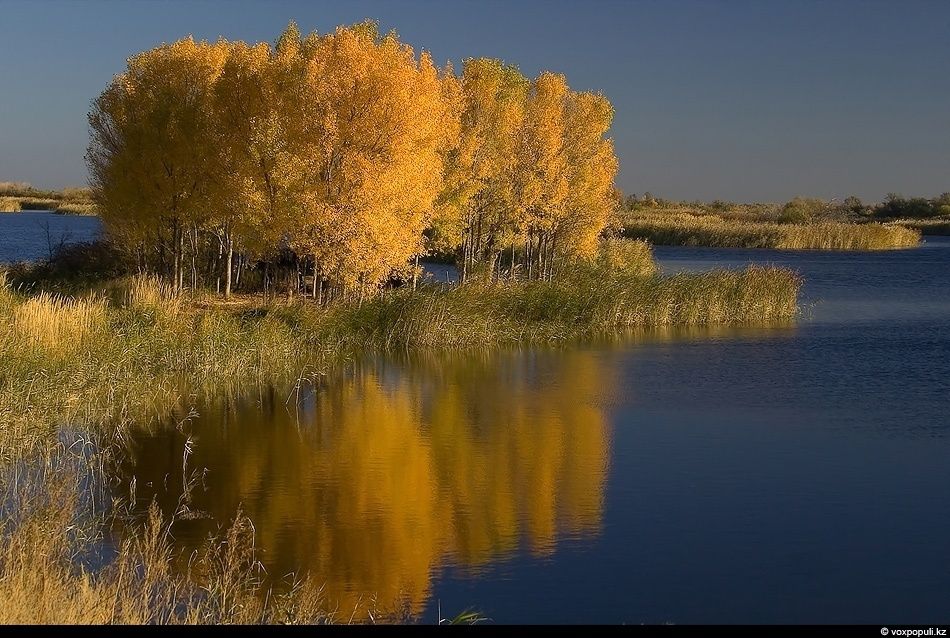 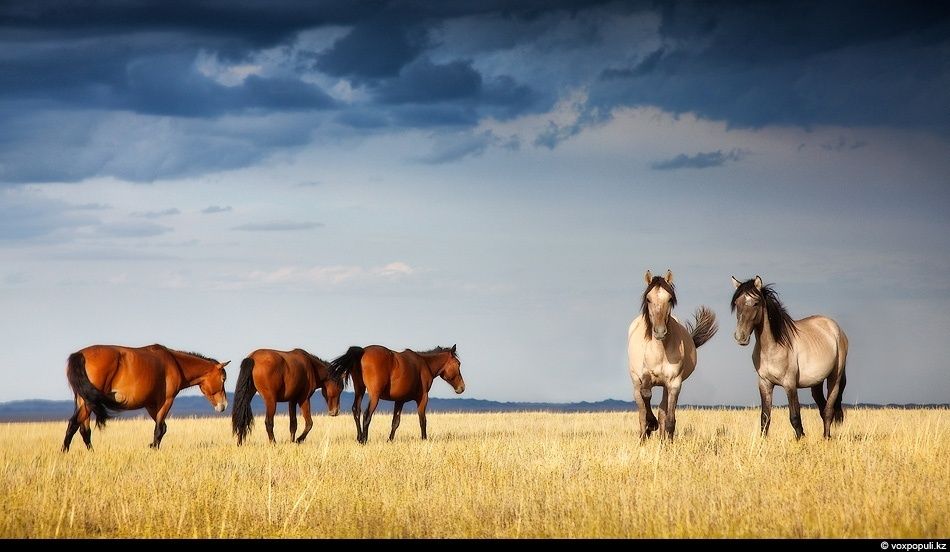 Charyn Canyon - a small projection of the Grand Canyon, which is located 200 kilometers from Almaty. The length of the canyon about 150 kilometers. 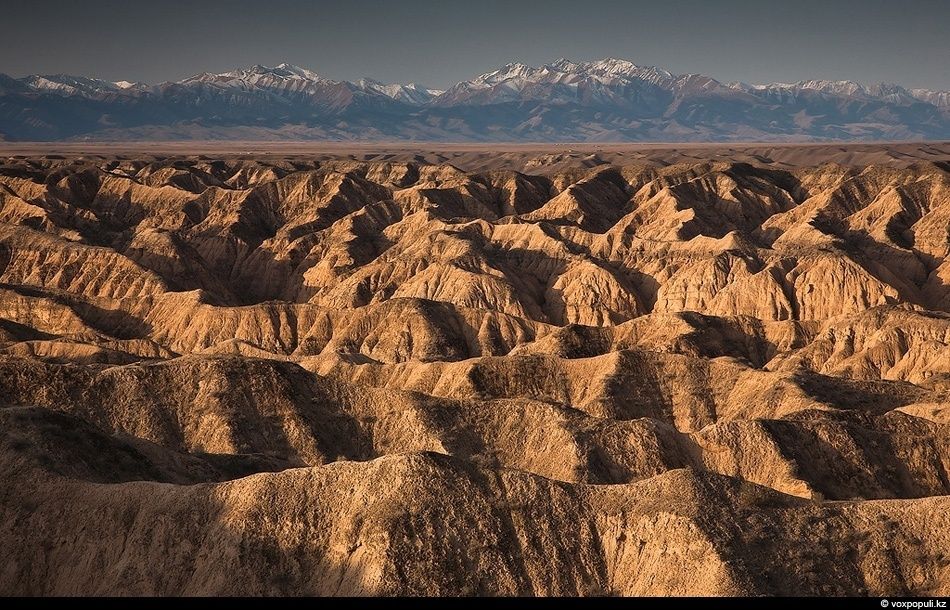 The most popular place of the canyon - Castle Valley. Here you can get to the tourist buses in the warm season at the weekend. 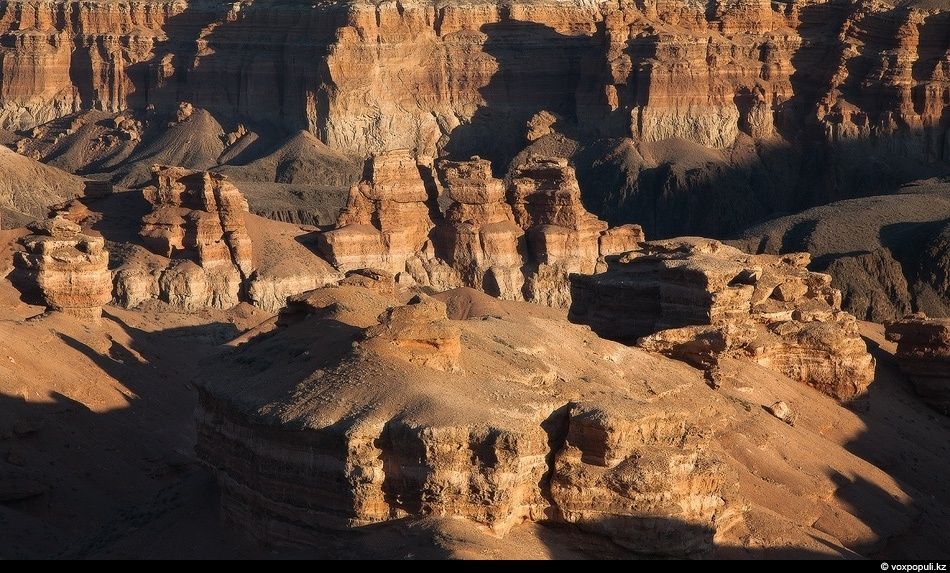 On Ush Konyr herds of horses graze all year round. 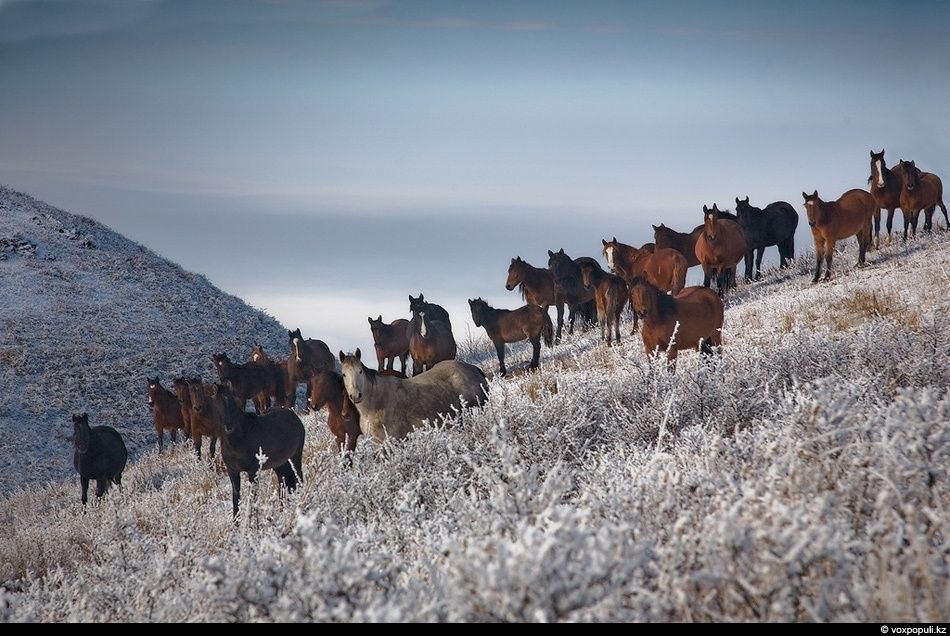