Heviz- small and cozy resort town, beautifully planted with flowers. Life it flows smoothly and slowly,
because the pace measured and calm here - people go smoothly, as if indeed somewhere float and no one
is in a hurry. However, for the resort, it's the usual story. 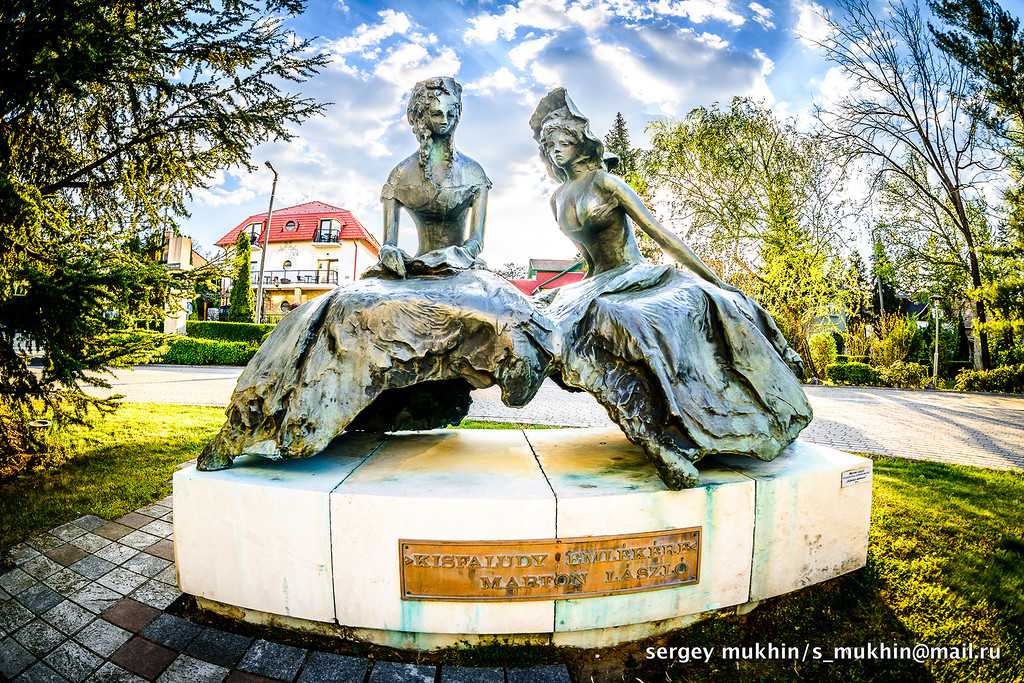 Heviz - is the name of the Black Lake, with hot water, because the beat is from the bottom of the thermal keys,
filling the pond precious, lively mineral water, and, beating so intensely that the lake
is completely renewed per day (to be exact, 28 hours) .
That's really true, "one can not enter the river twice."
It's fantastic figures, because the surface area of the lake - 4,7 hectares. What delanet it Europe's largest
mineral curative lake. 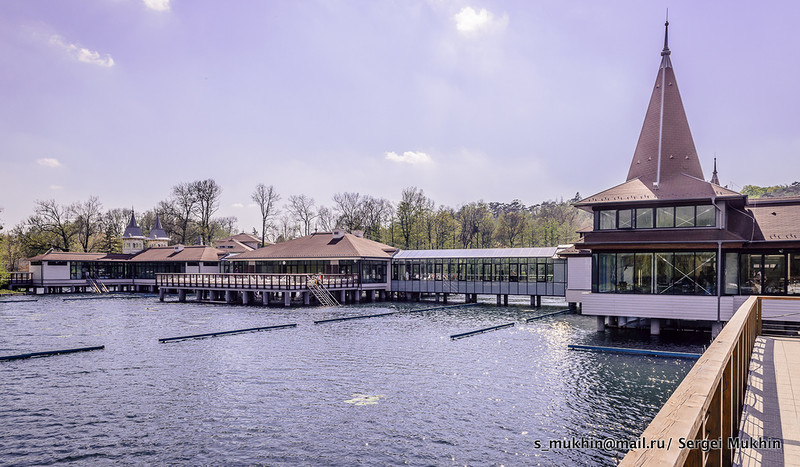 The water temperature - 35 degrees, so "swim" you can both summer and winter.
I heard a conversation between two holidaymakers on the subject, when there is better, one claimed that winter still cool.
I do not know, was the summer - very good, but when there is the choice does not depend on the time of year - it's wonderful. 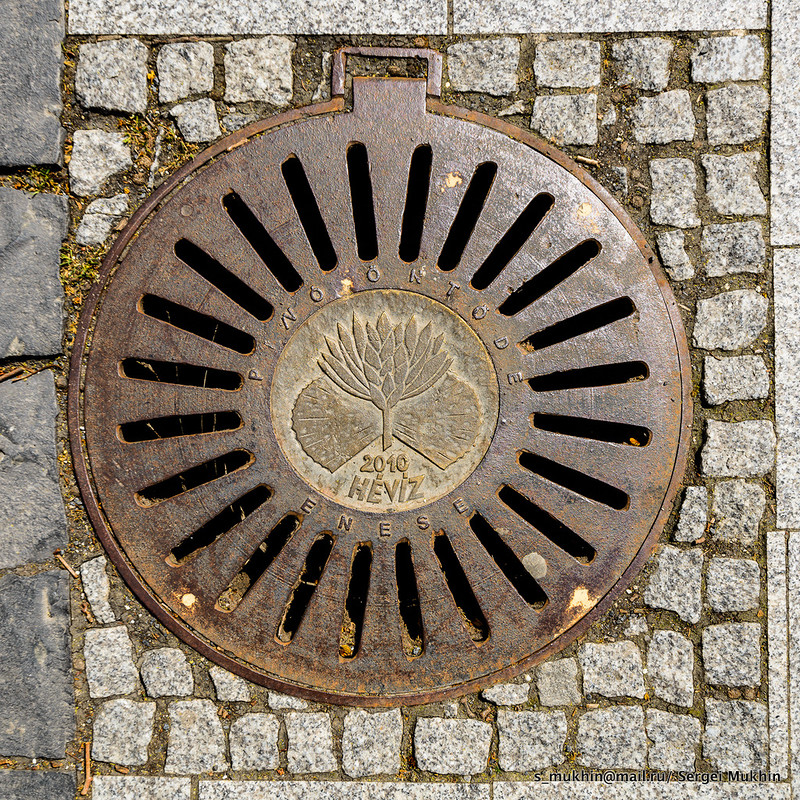 On the water surface floating pink lotus can imagine lying on your back, you are in the tropics.
Lotuses brought from India in the warm water, they have taken root and grown well, and Lotus has become the symbol of the resort of Heviz. 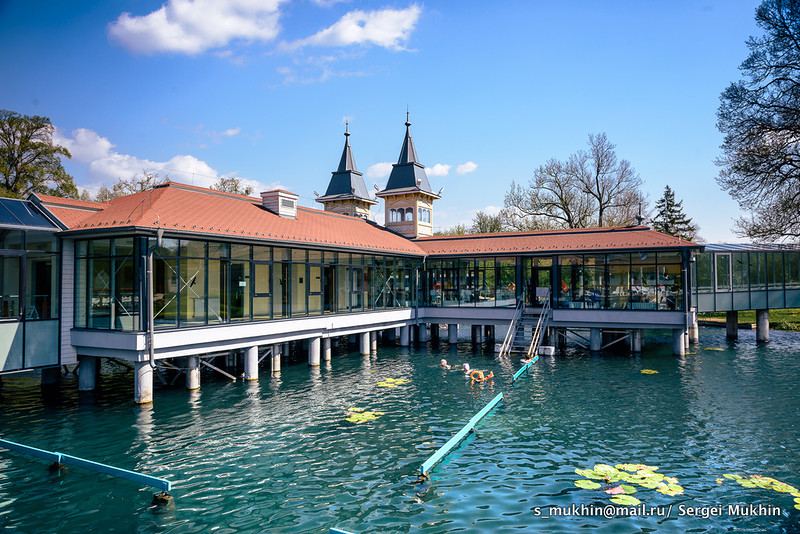 At first glance, it seems funny to see people on inflatable circles.
But this is not a race float - lie on the water and relax. Charges health. Therefore, the circle - it's convenient,
it can be rented.
Once in the water made ​​railings - metal pipes, long dotted line, which can be grasped. 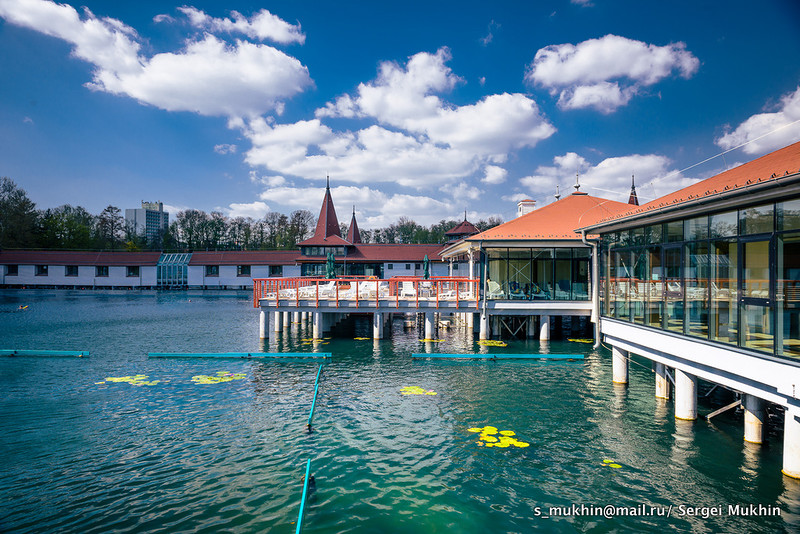 In the middle of the lake - a man-made island that resembles the silhouette of his castle, he stands on pillars, columns,
as if hanging over the water. 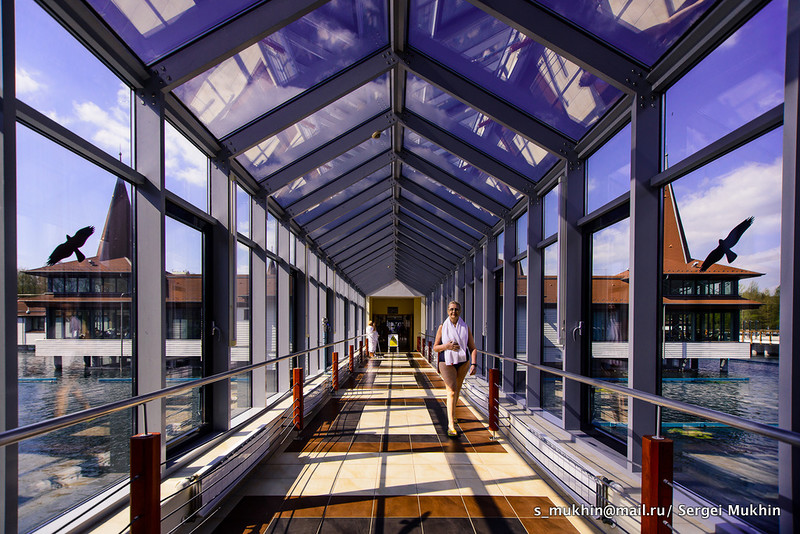 To "lock" are glass bridges galleries. 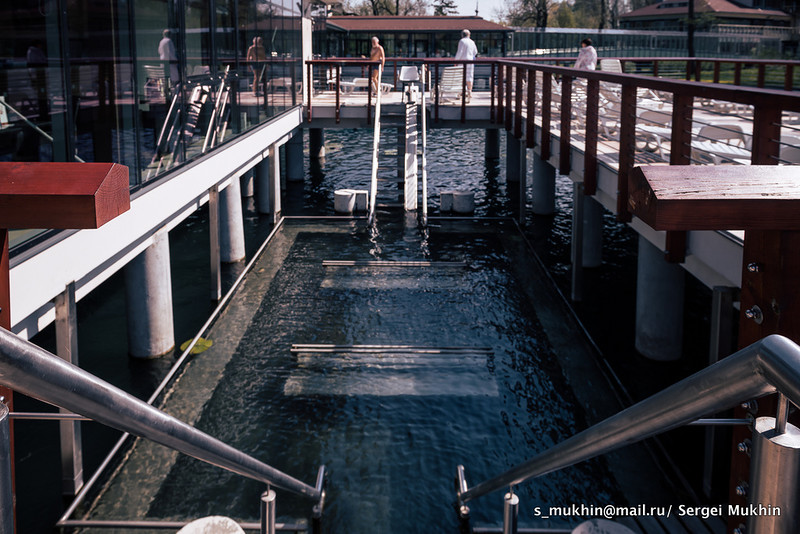 The idea of the island-wonderful. Firstly, it looks nice, secondly, blagdarya this decision,
a large area of the lake is used rationality people congregate on the beach and are evenly distributed over the surface.

To go down in the water should be the steps, but for people with disabilities,
there is a special equipment for the descent into the water. 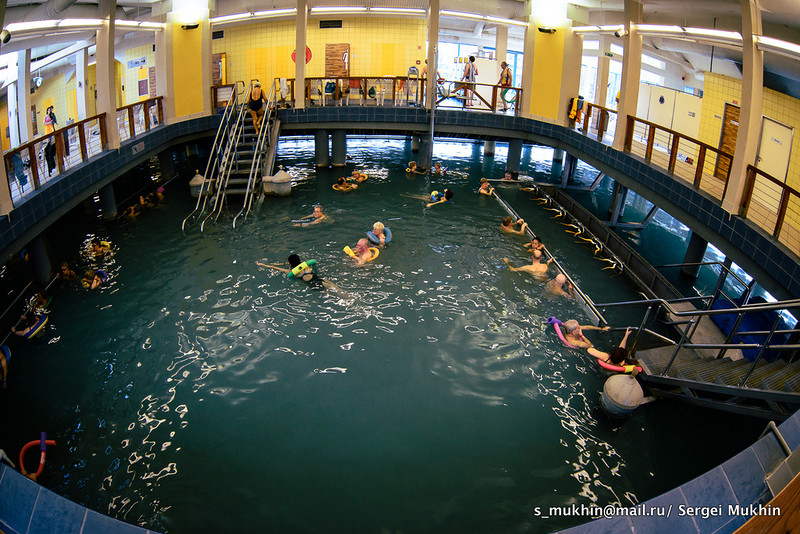 In the center of the building, under the roof - swimming pools, because the castle is on the pillars and swimming pools, in fact, all the same lake ..
There beaten trickle jacuzzi, and at regular time pomezhutki sounds melodic call to people sailed on,
releasing streams of new wishing . 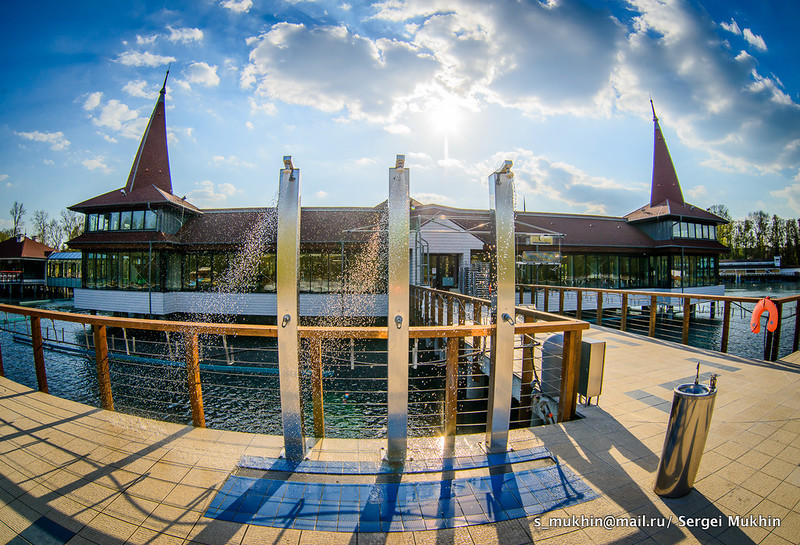 The lake is incredibly popular. Its properties have opened hundreds of years ago, and at the end of the XVIII century there were already
civilized bath and the first hotels. 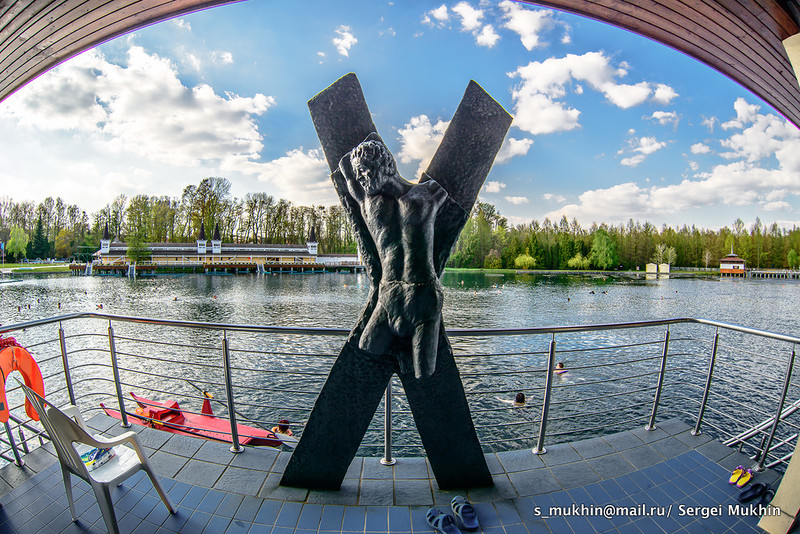 Water has incredible medicinal properties to cure diseases of the musculoskeletal system, radiculitis,
spinal diseases, low back pain and a number of such diseases.
At the same time the Hungarians claim that the lake increases virility and rejuvenates the body
(to lose a few years - something self-evident). 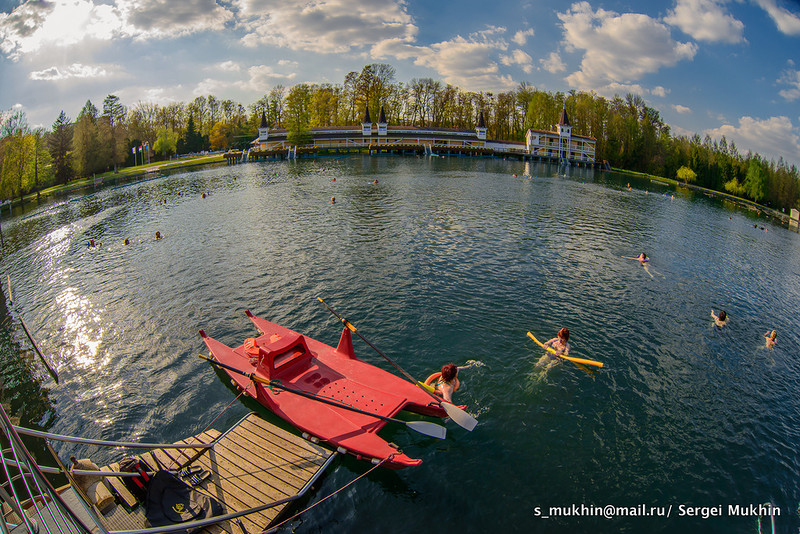 So they say - you also look younger accurately as add to his one size to the size of clothes.
But it is not from the lake and from the Hungarian cuisine, because it is incredibly tasty
and diet - not enough is no willpower .. . but I think it's still on a leisurely and relaxing pastime.
What may not be so useful for the figure, but it soothes the nerves reliably. 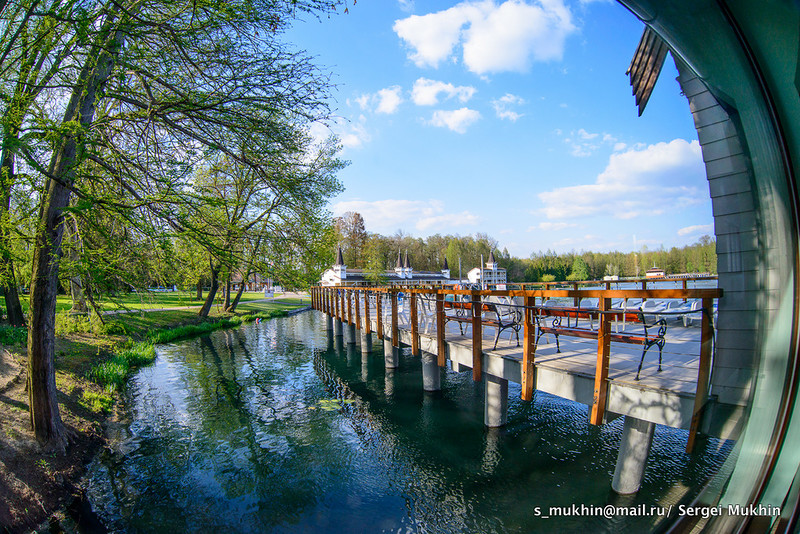 The mud from the bottom is used in balneotherapy, it is coated, because the mud is also curative scary.
And you can drink the water at gastric diseases.
Although ... drink out of the lake - a country on the Heviz there are mineral springs. 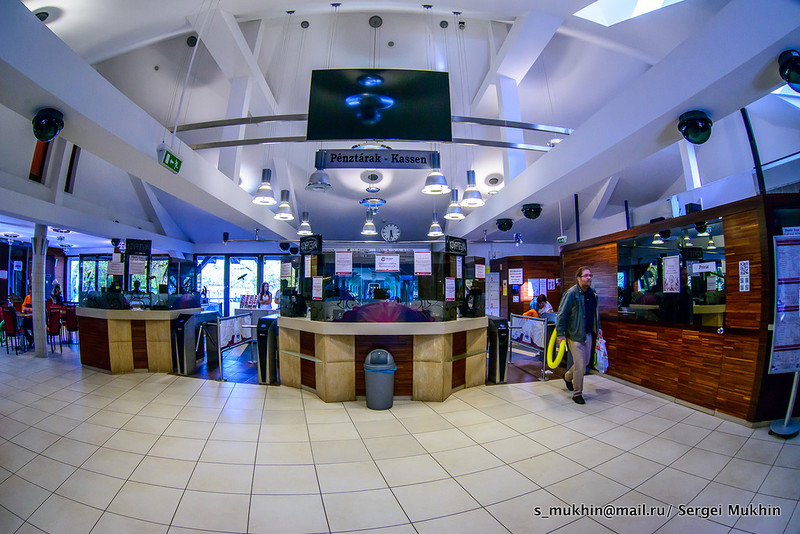 But, like any strong medicine, water therapy has some contraindications.
It onkologiicheskie diseases, pregnancy and asthma.
In any case, it makes sense to make inquiries and to consult a doctor. 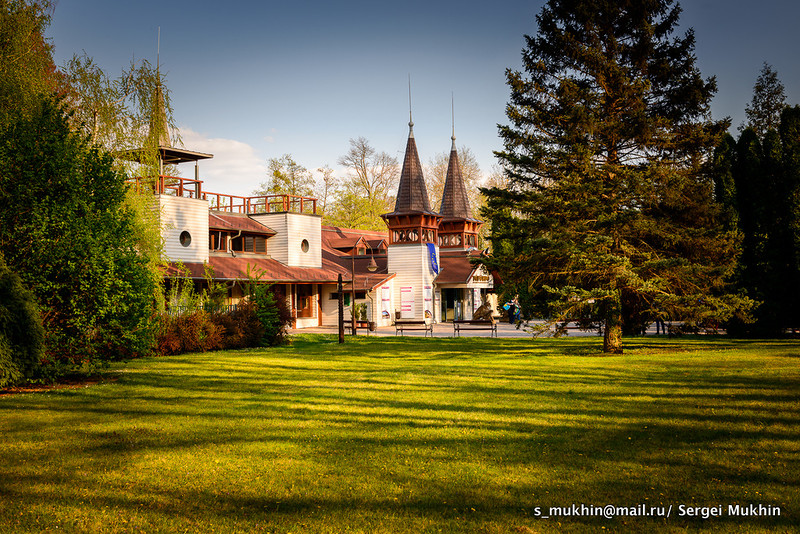 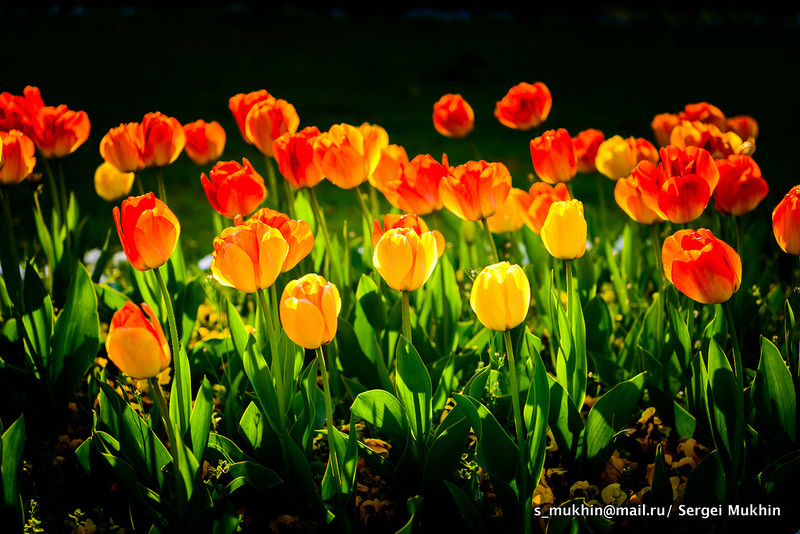