AdBlock detected. Site operation may be disrupted due to running AdBlock. Please disable it for this site.
Home Stories Hong Kong

Hong Kong
This, of course, is a moment for a smile, but the love of walking a lot on trips led us on my own and to Victoria Peak in Hong Kong with a profit of as much as two Hong Kong dollars in my pocket plus a good memory in karma. Turn to the last? We turn, of course. 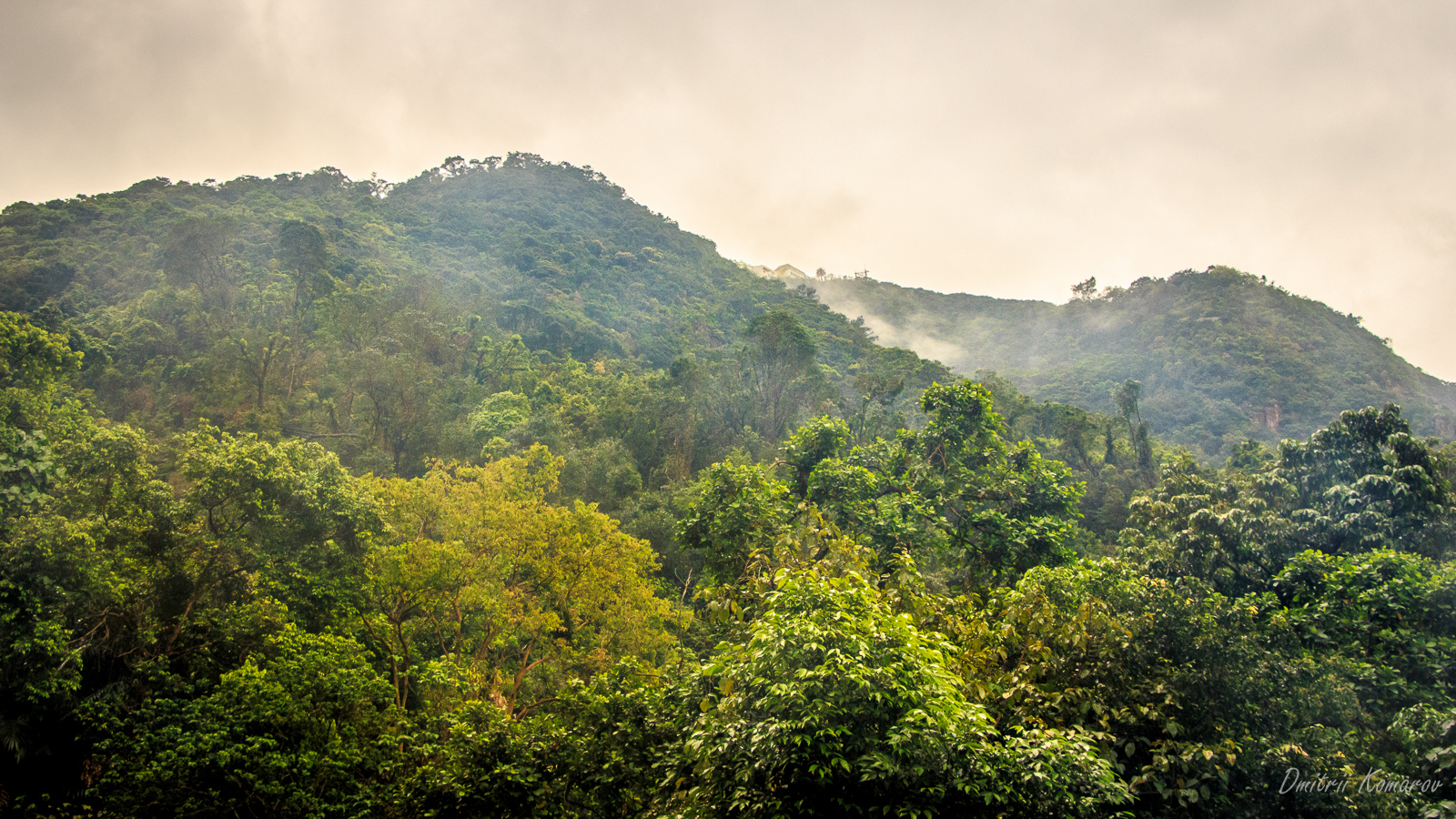 Having learned in advance about the existence of the longest Mid-Levels escalators in the world, raising human streams against gravity and in the direction of the famous tourist attraction of the city, we began to build a route from these moving stairs and further through the old road to the Peak (Old Peak Road). An alternative and comfortable tram for 37 HKD (one way price, with the possibility of returning, they will need to give 52 HKD) called Peak Tram was removed from our business - our legs are strong, and the desire to stop at any time and make memorable shots such as I want to, and just remember the changes of the city from the bottom up - and even more so. 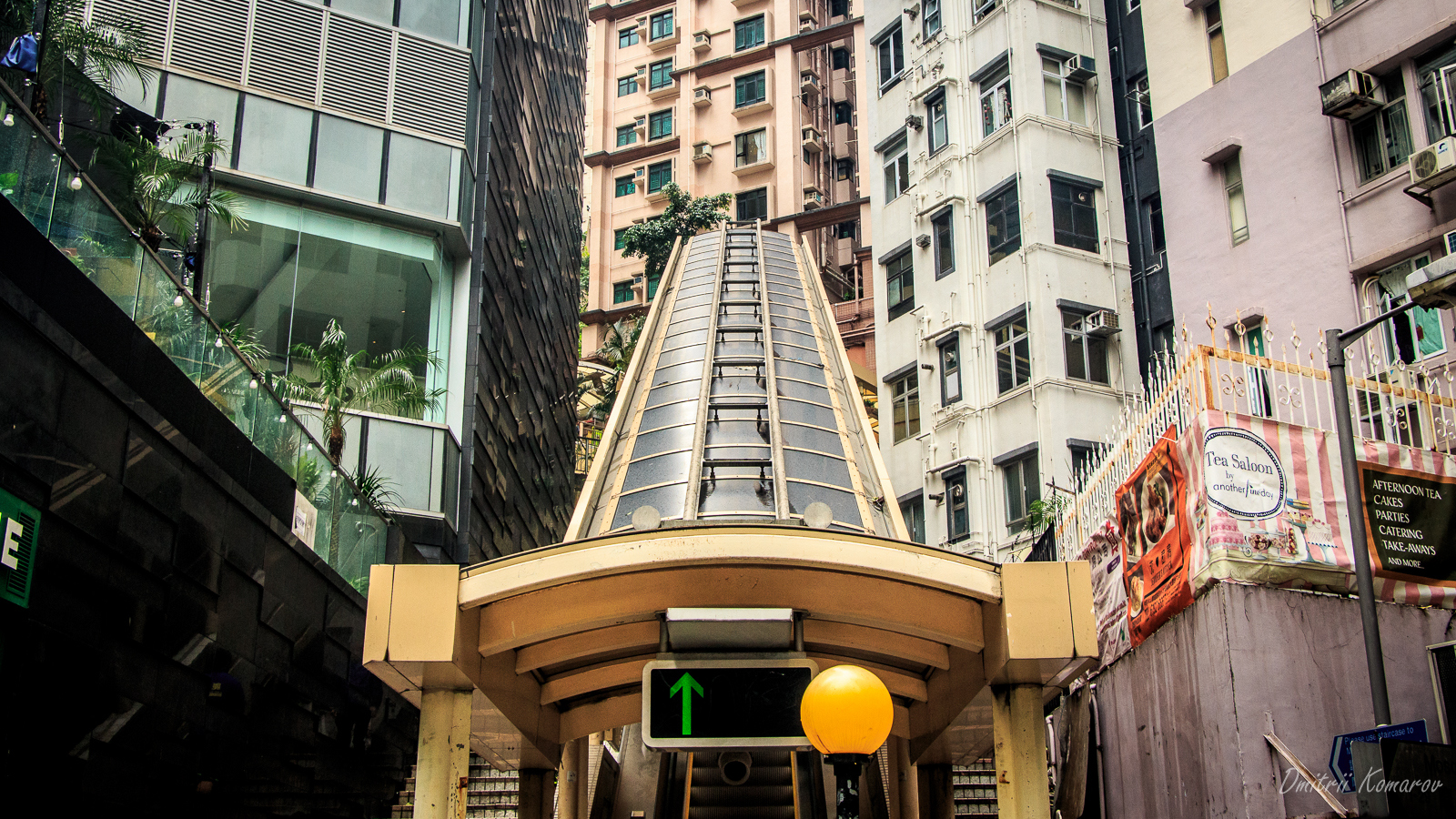 Mid-Levels escalators, of course, significantly simplify the climb, but it is worth mentioning that they are only a smaller part of the journey. In general, on the rise from the beginning of escalators and further through Conduit Rd., Hornsey Rd. and Old Peak Rd. to Peak Tower, where the Peak Tram tram arrives, it took us about an hour and a half, taking into account the constant stops in the photo and even small branches from the route. Curiosity could not help calling a couple of times in one or the other back street! If we compare these time costs with the time in the queues at Peak Tram, then in general it’s not so much and you lose, especially considering the gain in a number and format of impressions. 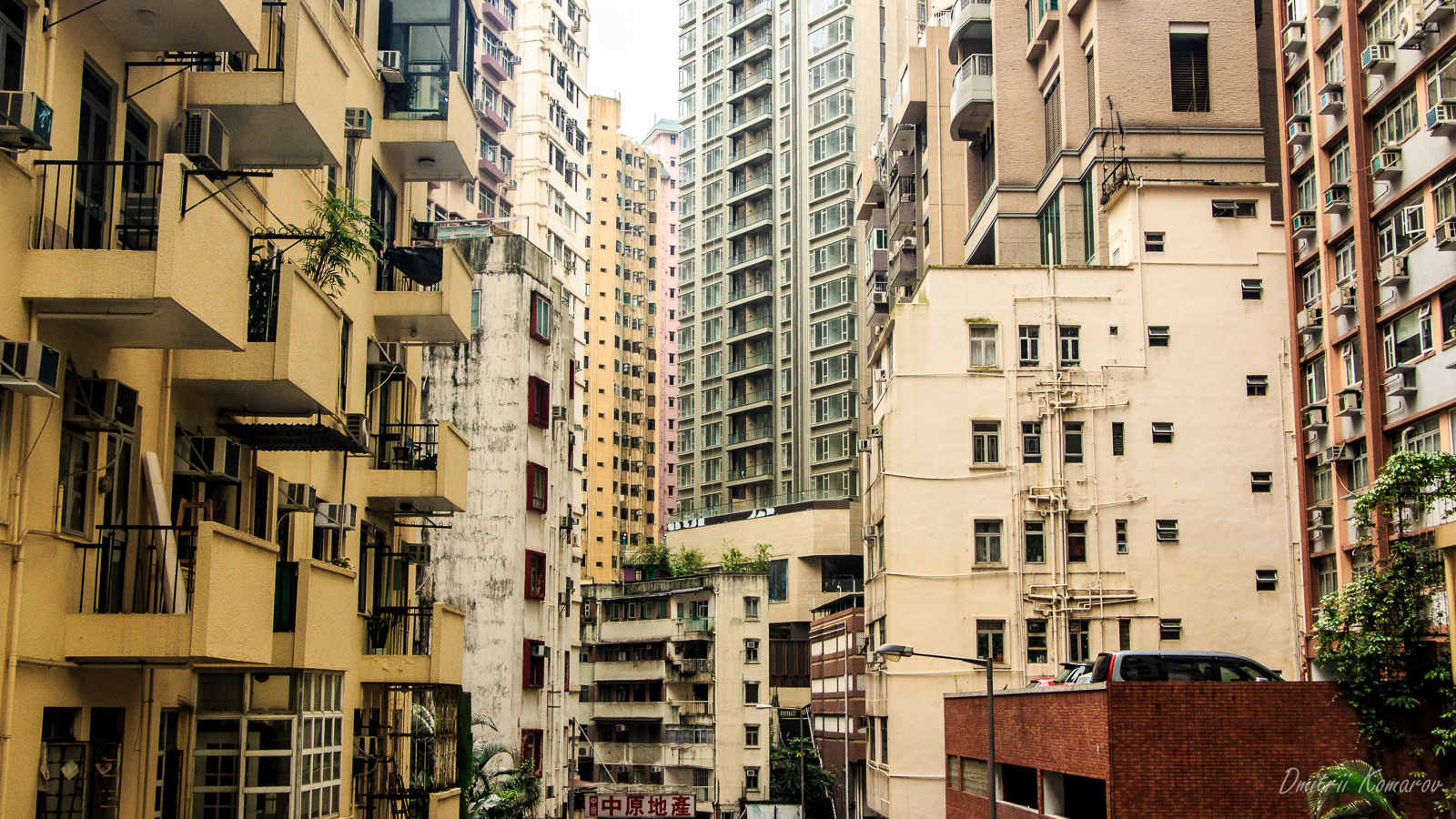 Looking around, we noticed the “typewriter” promised to all owners of the Octopus transport card (personally recommended due to the felt comfort and price preferences) to reward lovers of a healthy lifestyle: for walking, a special terminal charges you 2 HKD gift which you can then spend (the amount is comparable to the cost of a tram trip). Having become rich, we follow further. 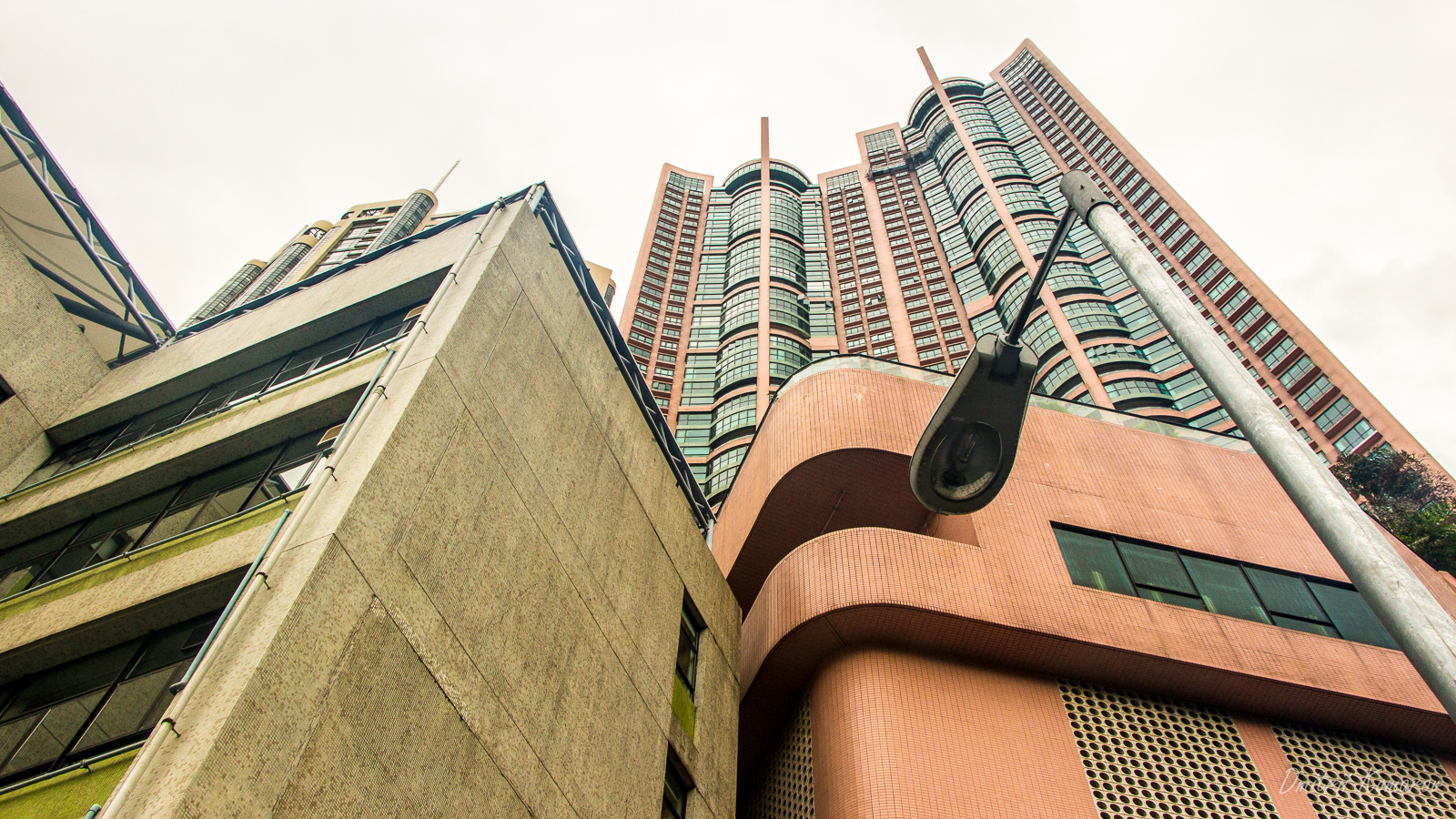 Mid-Levels end and we follow Conduit Rd. to the left until you feel heavy legs. Buildings in the area are finally diverging from each other over longer distances than in parts of Hong Kong lying closer to the sea. The height of the housing does not decrease, but the noise decreases, it is added from greenery in the surrounding world, in the gaps between the buildings, hills covered with solid vegetation more often become visible. 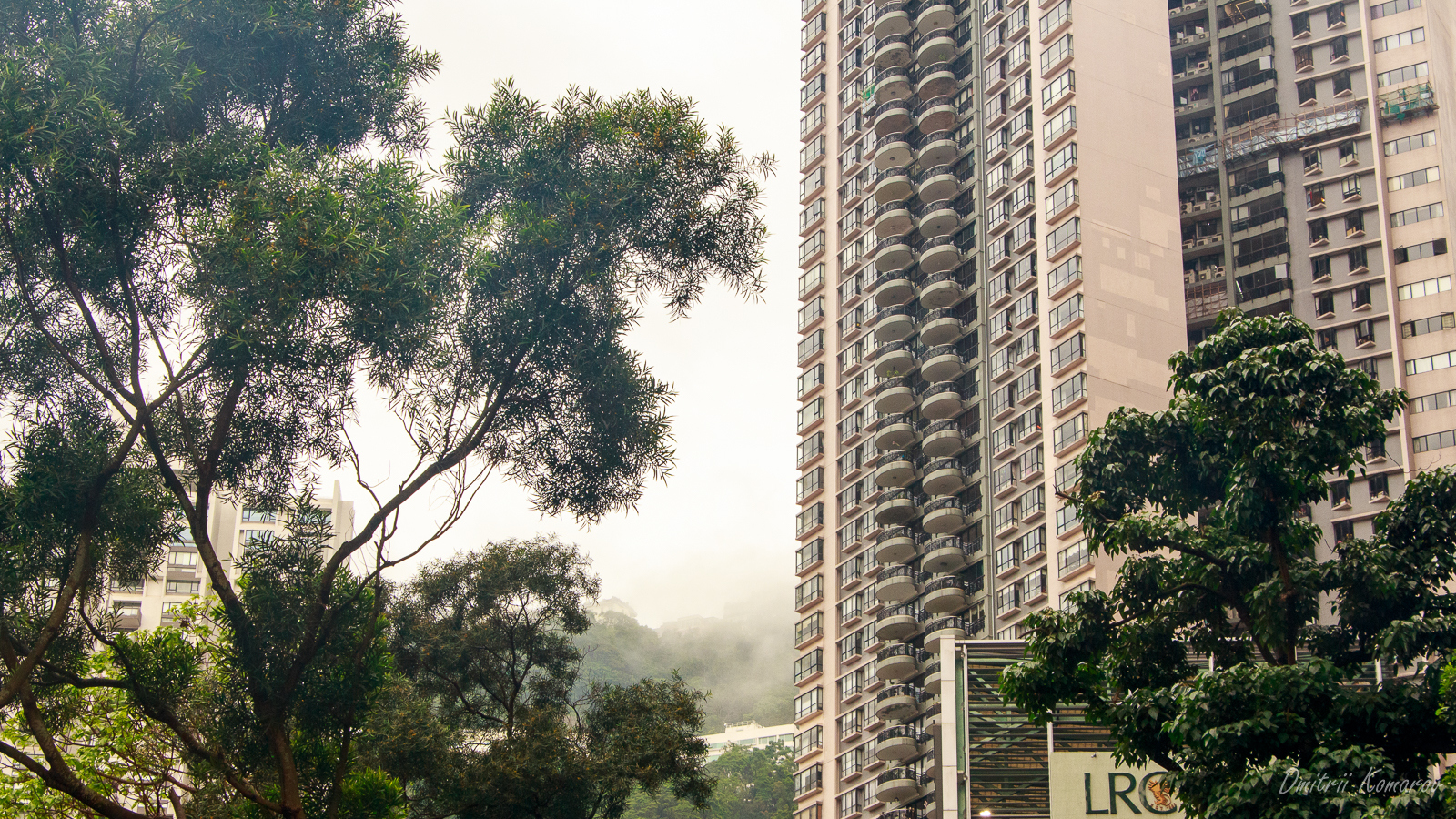 After the transition from Conduit Rd. at Hornsey Rd. you are already firmly convinced that this is a separate district of the city with separate housing standards. If you can call it that, an impression of elitism is created, or in any case atypical for a dense center of latitude swing. Houses alone suggest that the average area of ​​apartments in them is no longer an unequivocal number, as it is felt in other Hong Kong. 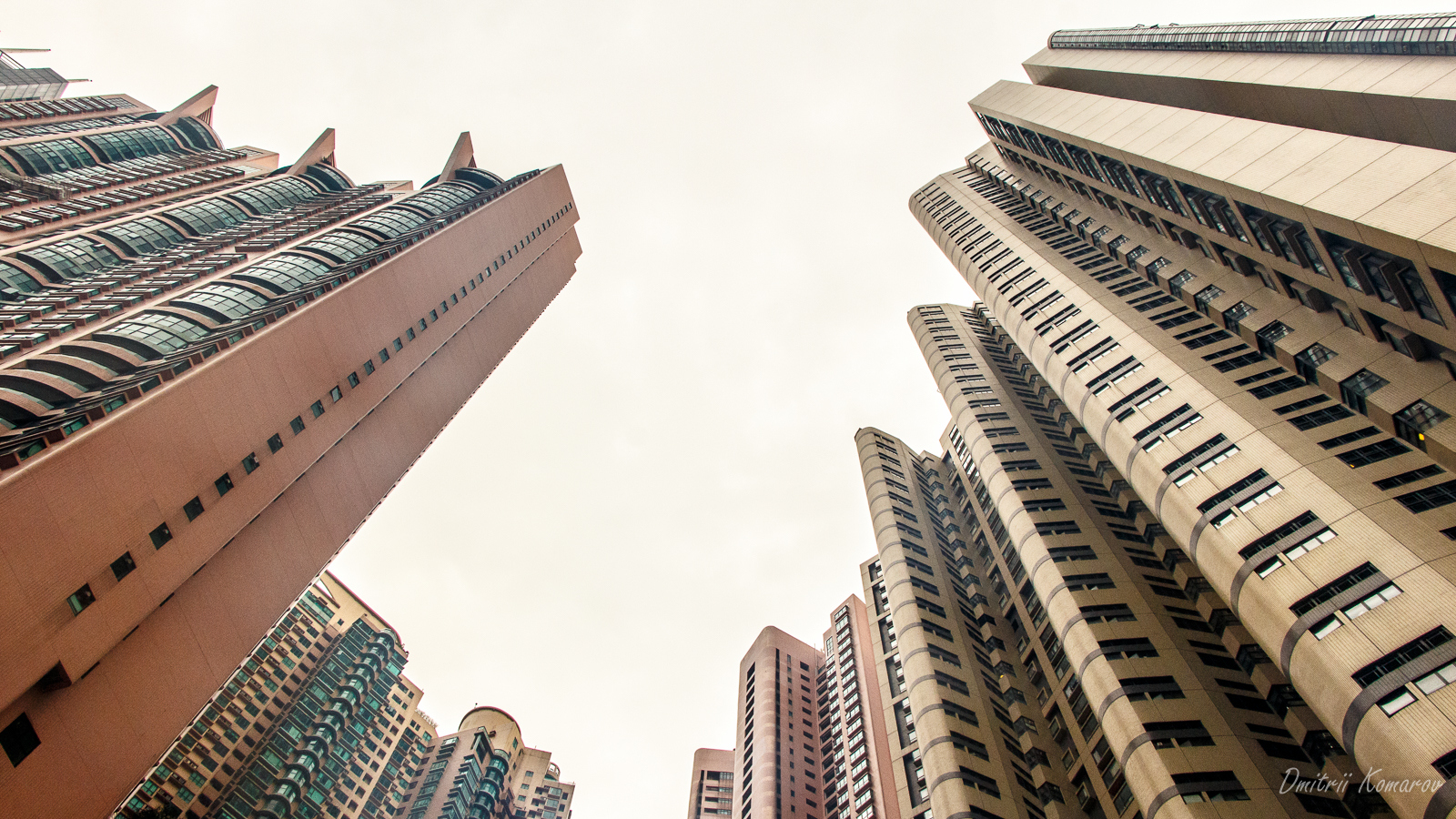 Well, for Hornsey Rd. Old Peak Rd speaks his word. and speaks in favor of regular leg workouts. This is where you realize that finally came the very load on the muscles that cleverly avoided thanks to escalators some time earlier. 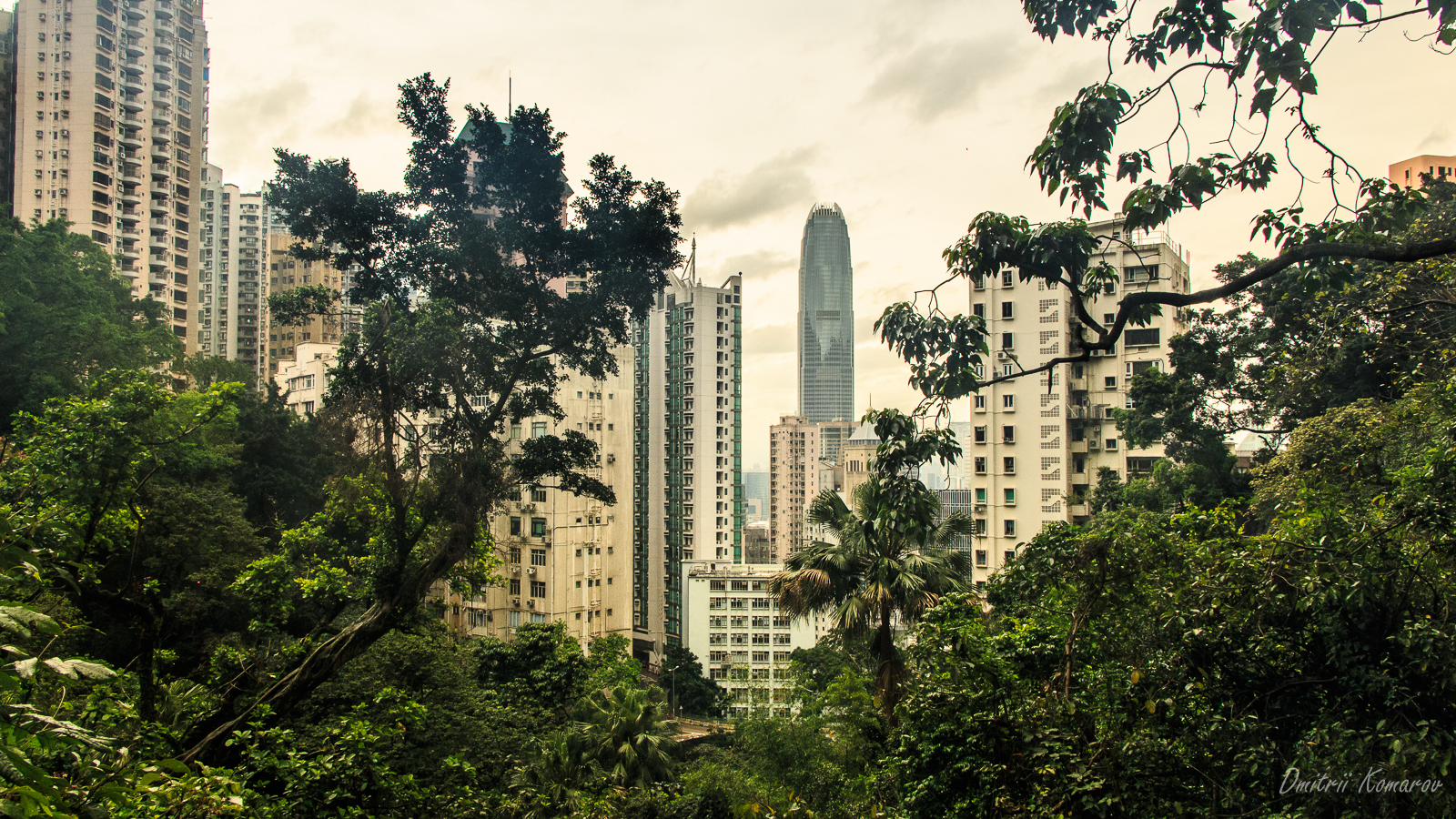 We dive into the park area, and the opening species persistently contradict the concentration on the efforts of the legs and lungs. Walking here requires a certain number of stops in order to really enjoy the surroundings, otherwise it will turn out to be a simple pant and sniff. 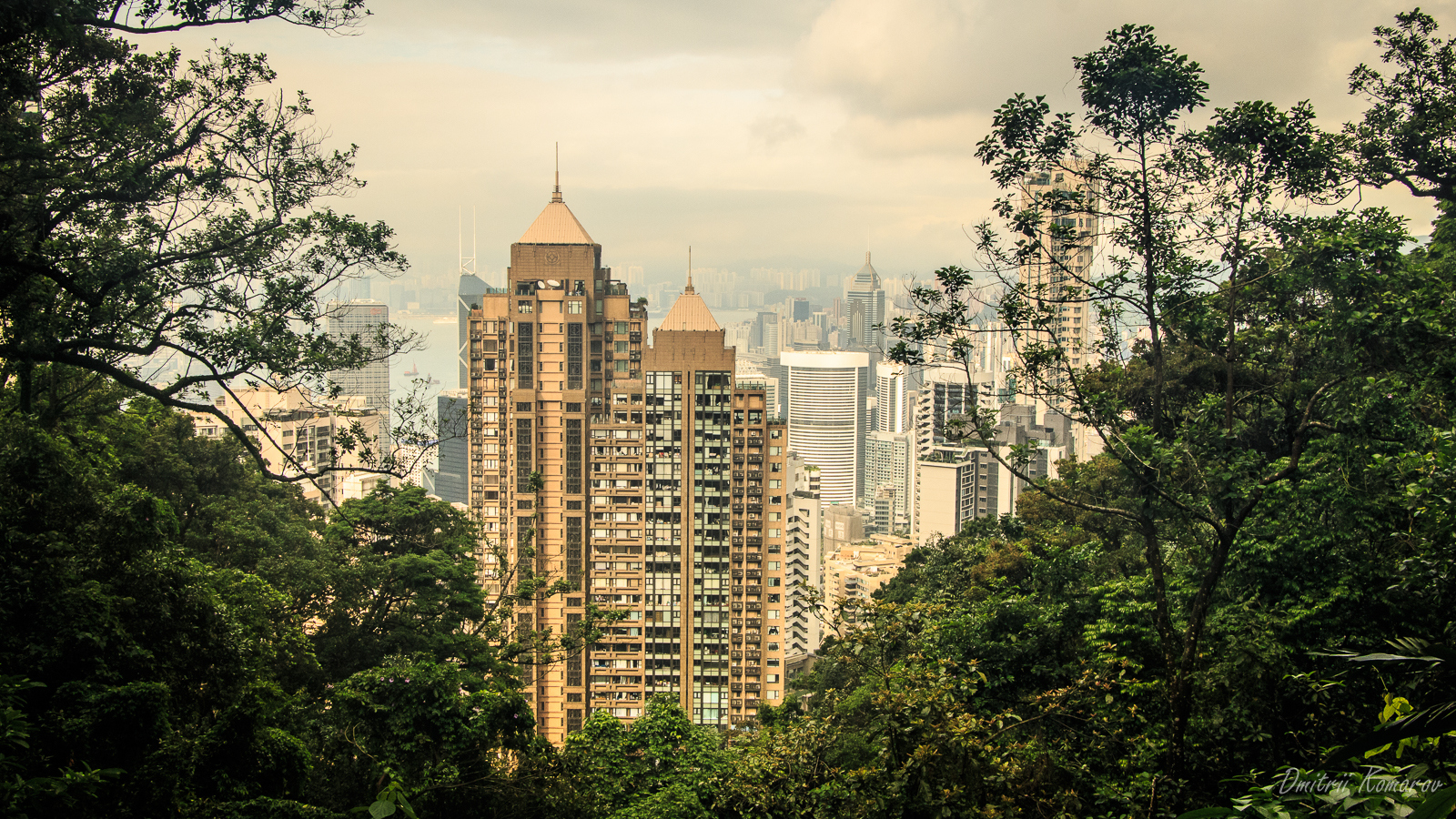 Old Peak Rd. takes us to the Peak Tower, on the observation deck of which tourists are grouped for a separate amount and take the same pictures in general. We circled briefly at this point and set off around Victoria Peak along the paths of Lugard Rd., Which together with Harlech Rd. It forms a kind of ring around the perimeter of these places, because the panoramic views of Hong Kong and views of the bay will meet here more than once and also - more diverse in angles and angles of incidence of light. 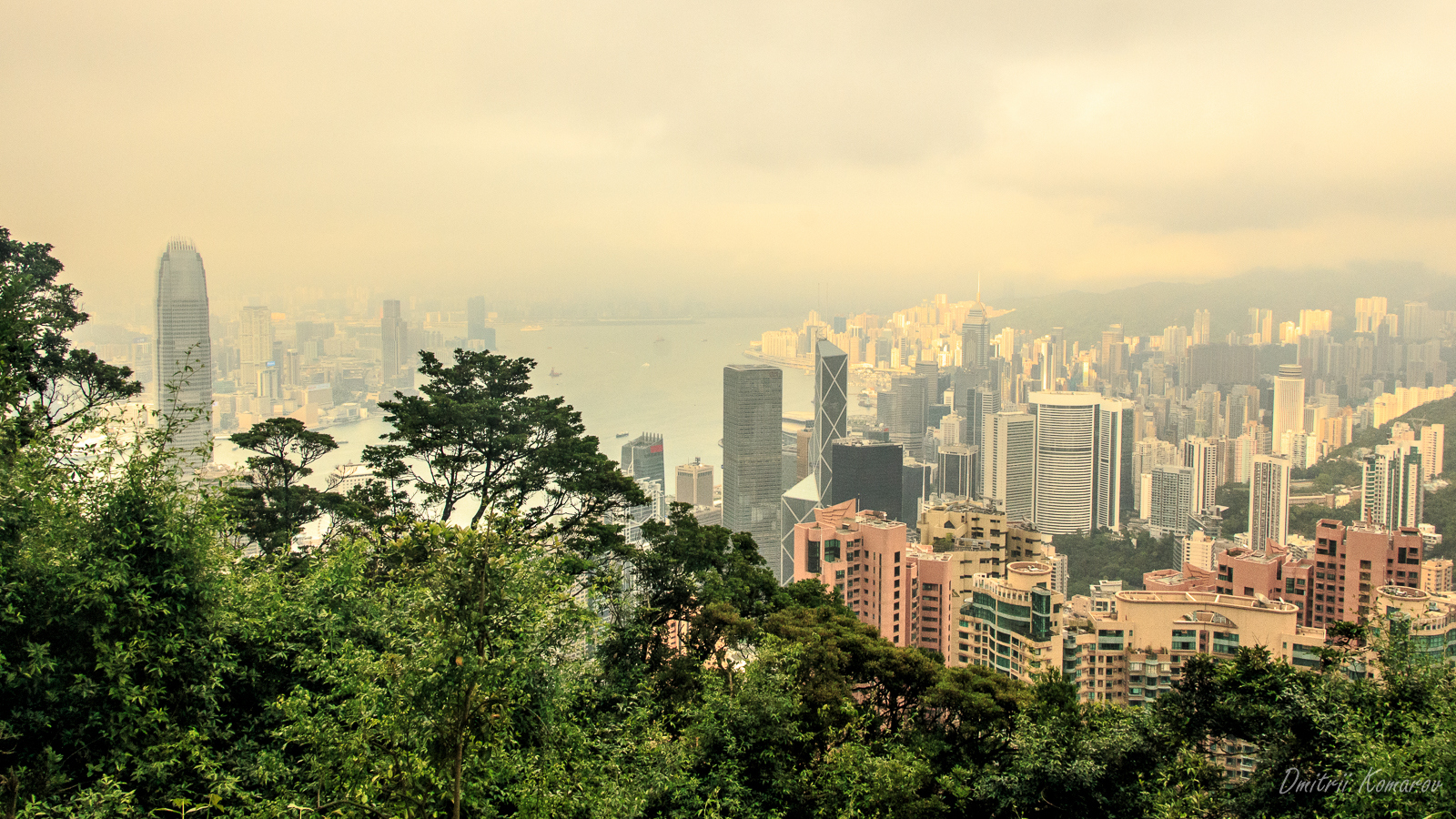 Of course, here one cannot but visit the thought of tradition: a run in every country in the world. And the legs begin to move more often. Beautiful evening tones on the buildings below sweep to the right, and in front of us cloud by cloud, wet misty shards float. From time to time we literally dive into them, the sunlight fades, it becomes damp and chilly, it seems that there is only a thicker and denser unknown ahead, but after all, the road goes forward, so we are running ... 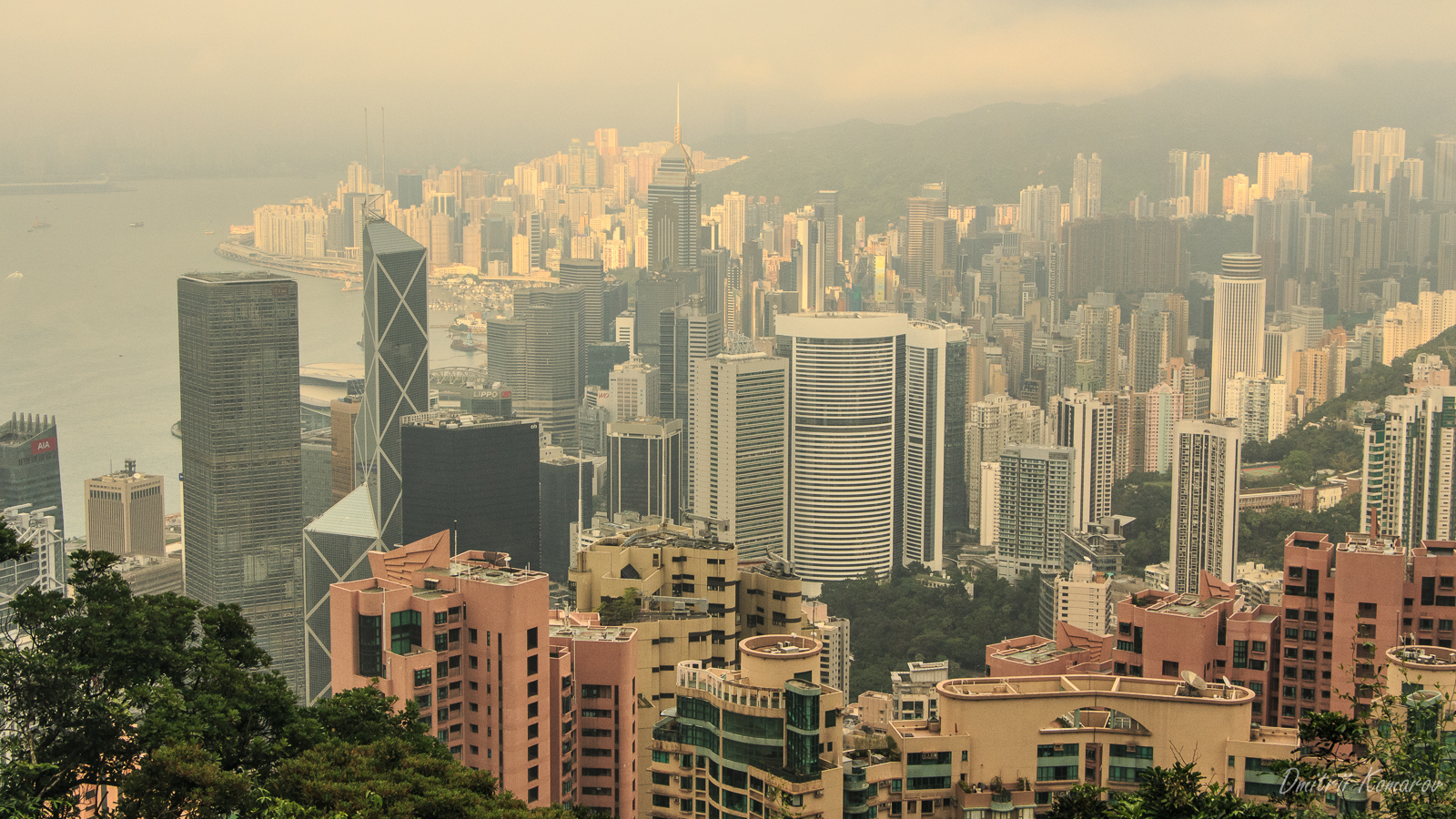 In some places we look at the map in the smartphone, and it ceases to prompt something, then the questions go to the locals who are walking with dogs or running too. Picturesque places, sometimes even with an adrenaline effect: somewhere, cliffs down literally at the very soles. 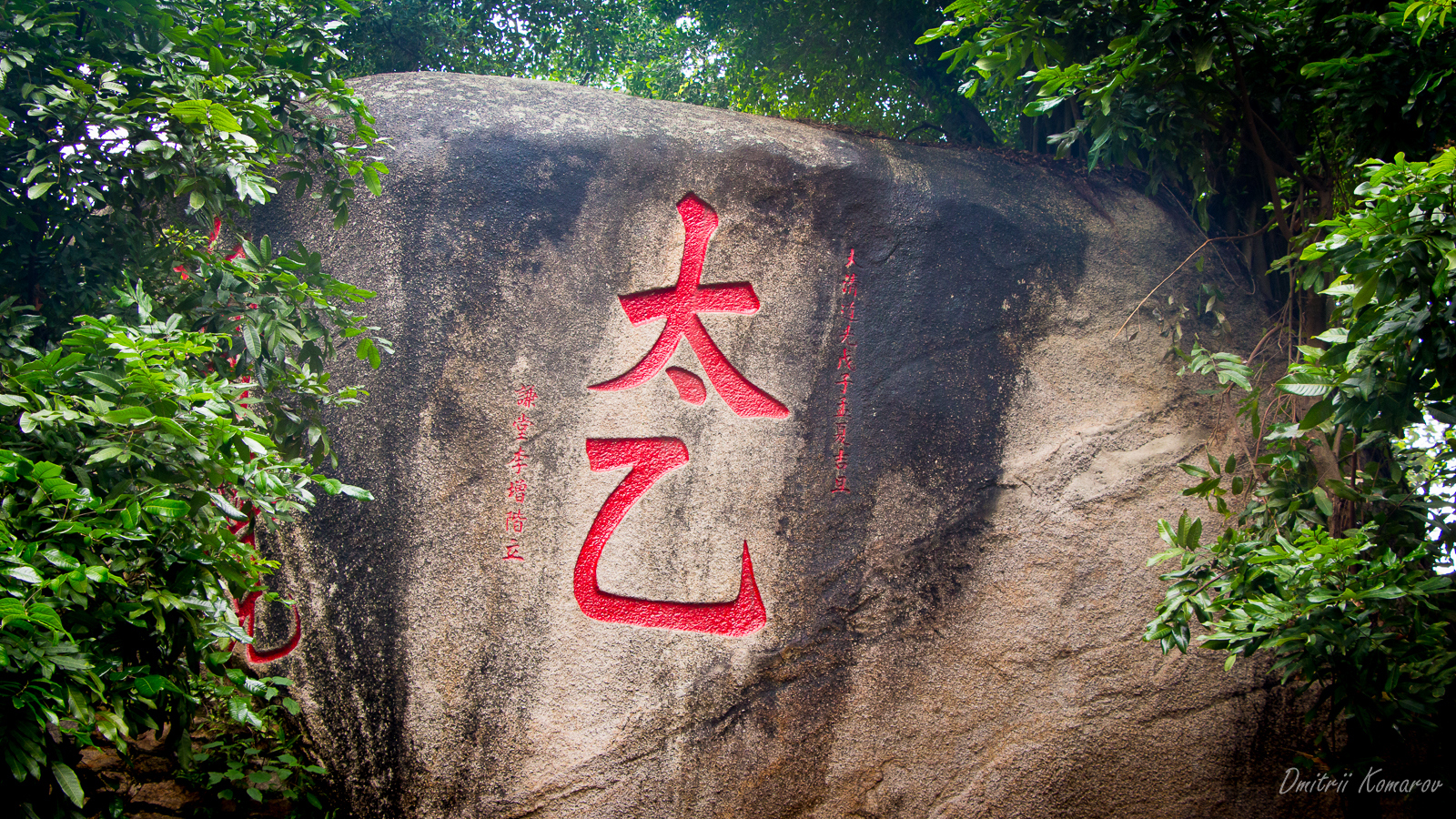 From here, you can see both of the key metropolitan areas of Hong Kong: Hong Kong itself (the southern and closest parts to you) and Kowloon (behind the waters). 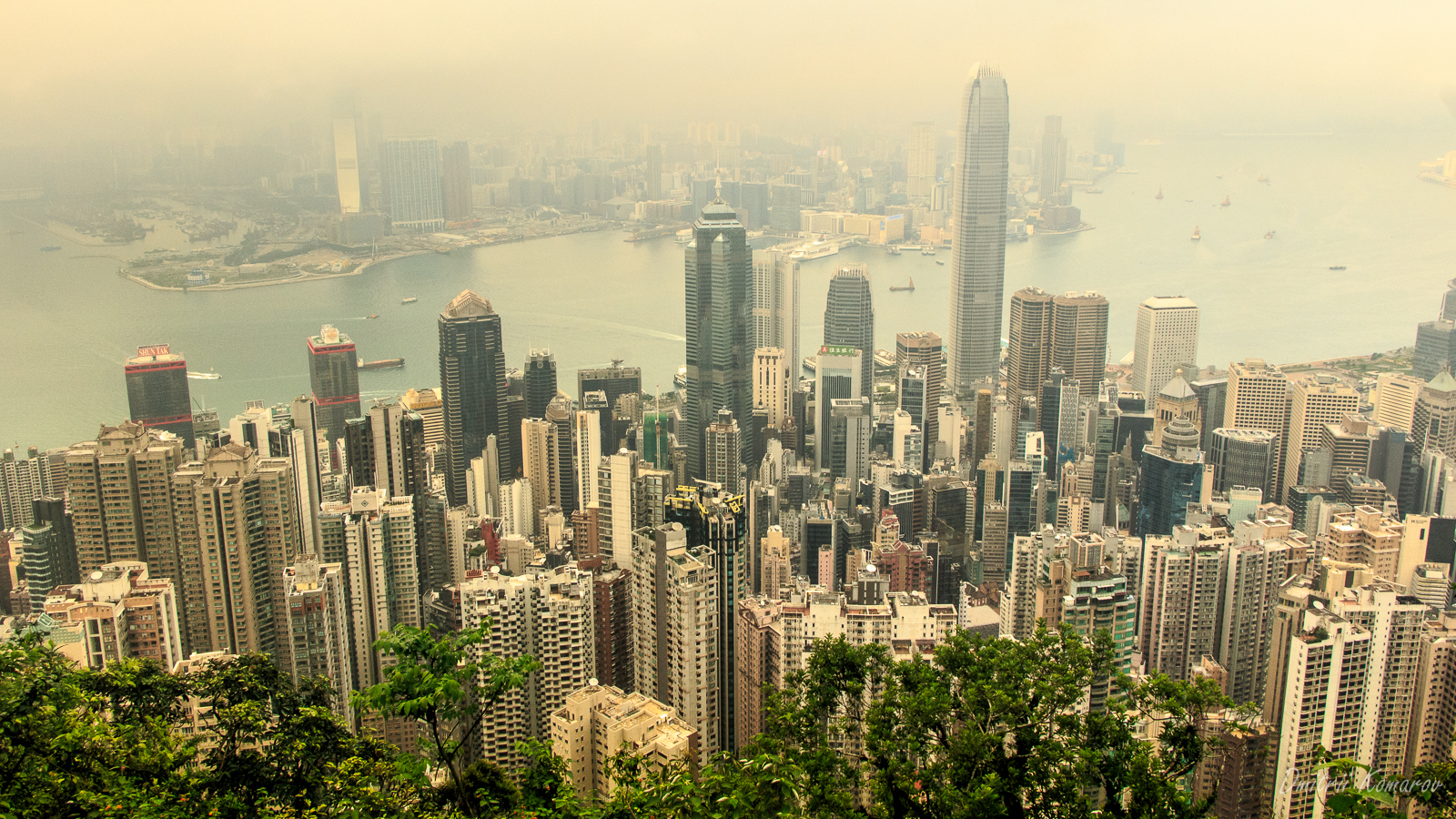 From above it sometimes even seems that not everything is so tight. However, everything is tight, just the tallest houses are hiding something. 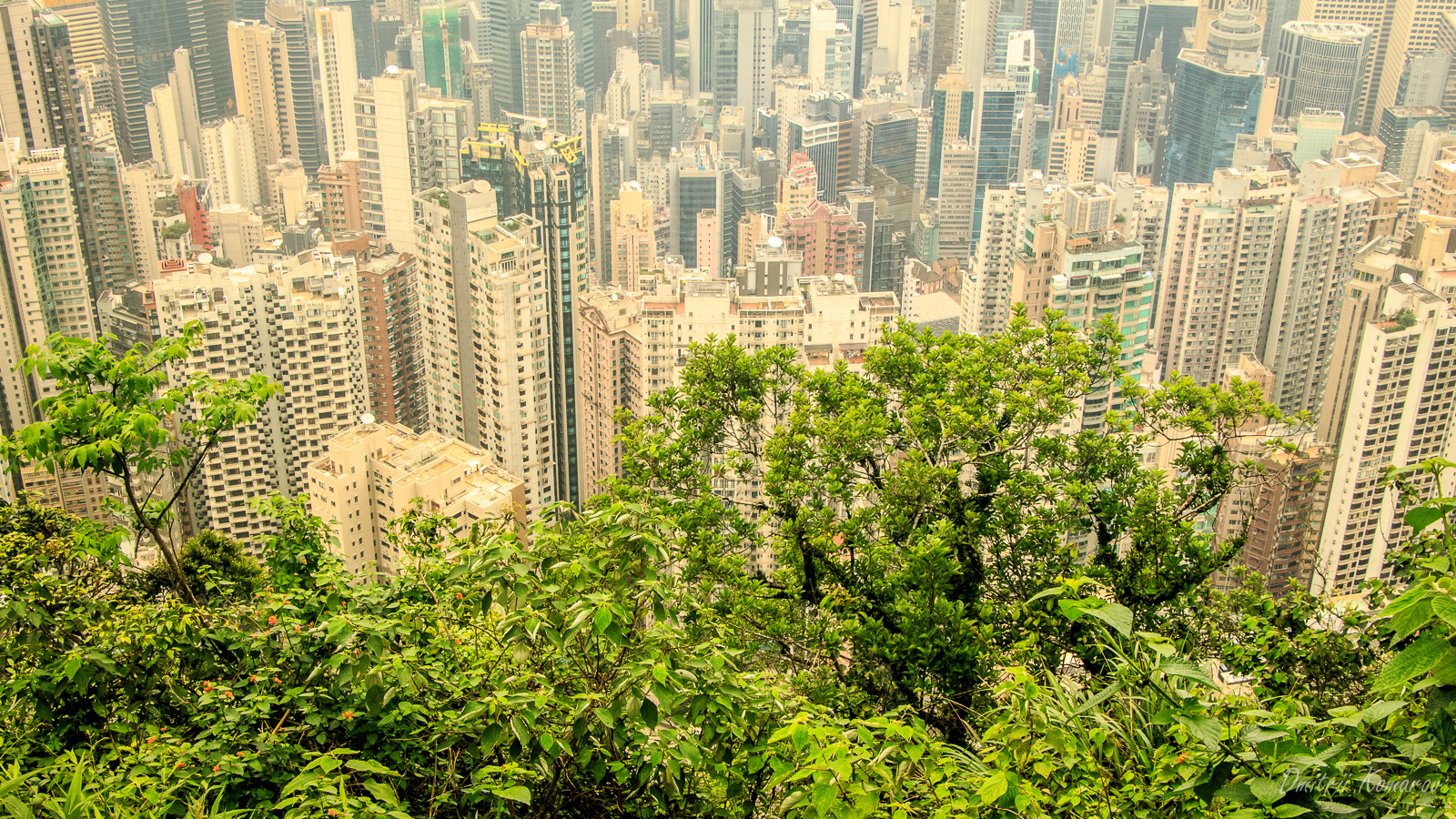 At Victoria Peak you can see not just a city from the side, but also Mountain Villa and Victoria Peak Garden. These are beautiful remnants of past luxury, if you can afford to use such common language to designate them. The main thing here is not to get lost and dive the right road in the right place. In our case, this happened only after a full circle around the Peak, when, having returned to the Peak Tower, we did see which of the asphalt directions most likely leads to the park at the top. And they dived into the fog ... and surfaced ... The feeling is very, very recommended! And you’ll be able to experience it, because cloud clubs here are like regulars, not even guests, but local residents. 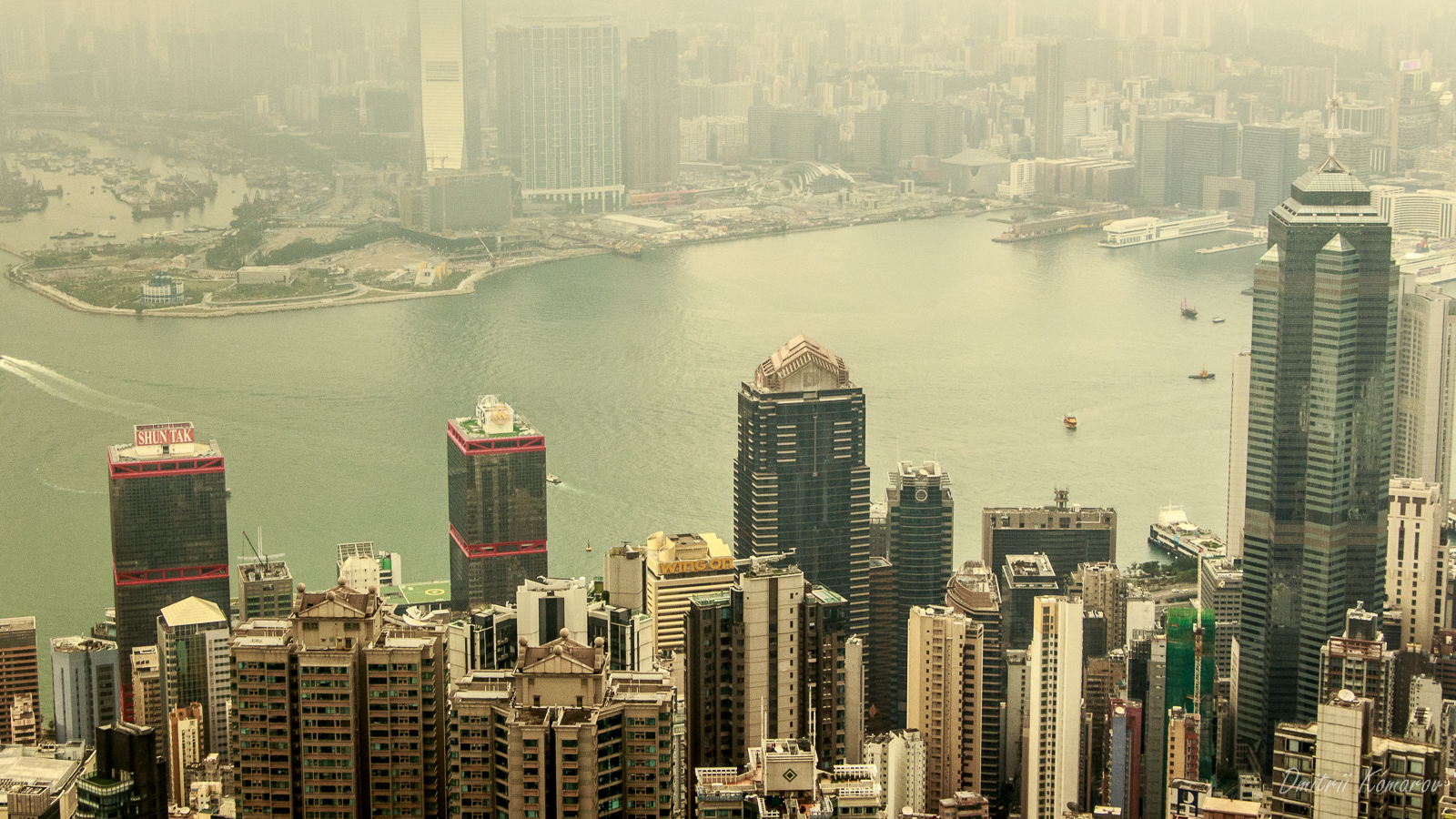 By the way, it’s easy to touch the clouds when you are away from Victoria Peak, as you can see from here. All you have to do is be in the IFC (international financial center), one of the towers of which, willy-nilly, will attract the attention of the contemplator. 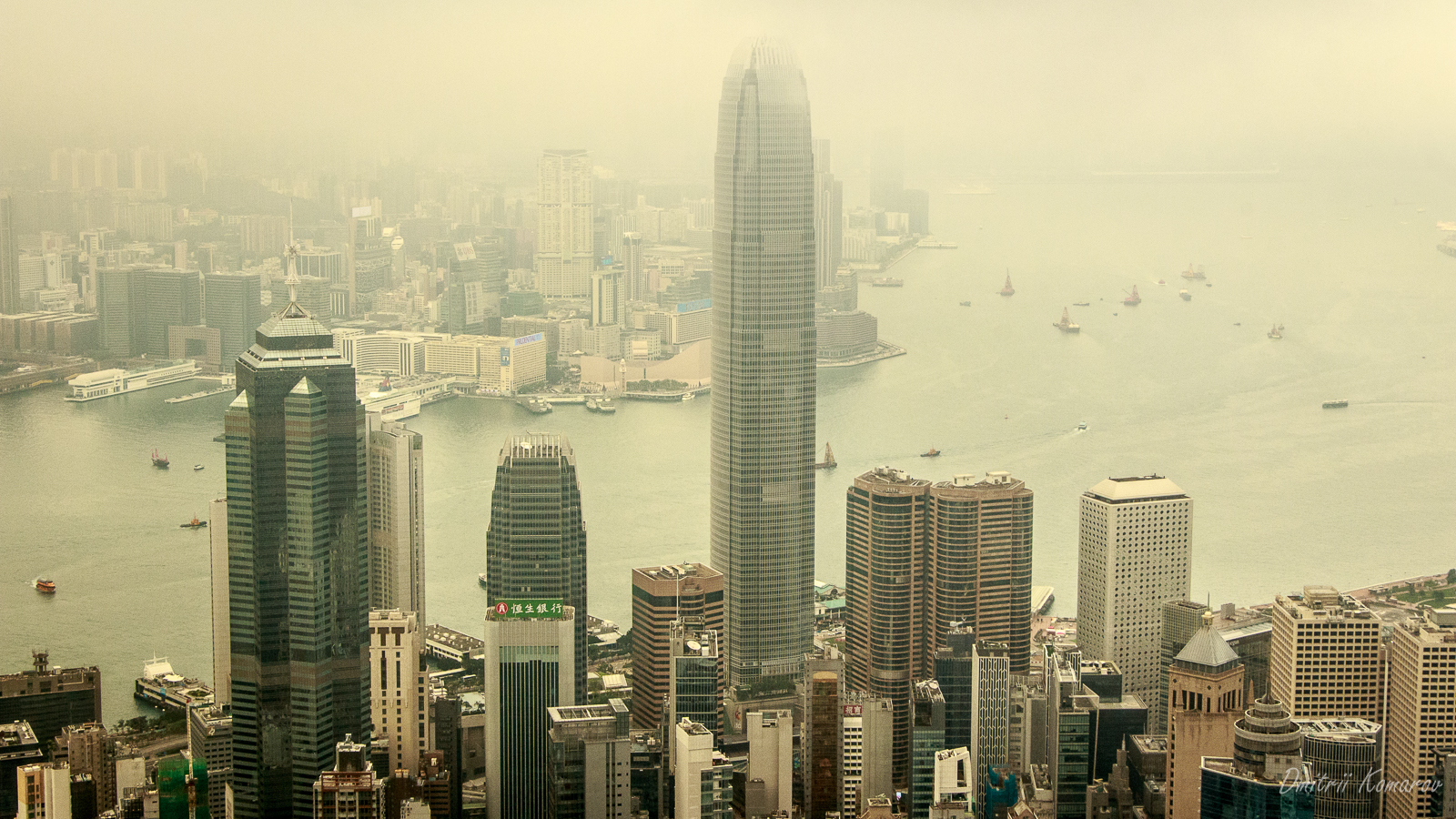 At the peak, you can also find existing housing. Here, one can definitely say, an expensive pleasure to settle down. And sometimes exotic. In household outskirts you will not live alone as garbage, but as a contact with the sculptural winks of oriental culture. Although, to be honest, it’s gloomy all the same here because of the misty shabby guests and damp. To rubber trees and the atmosphere of a movie screen it is just right, but not so much for a person more accustomed to a relative humidity of 20-60% in rainy times. 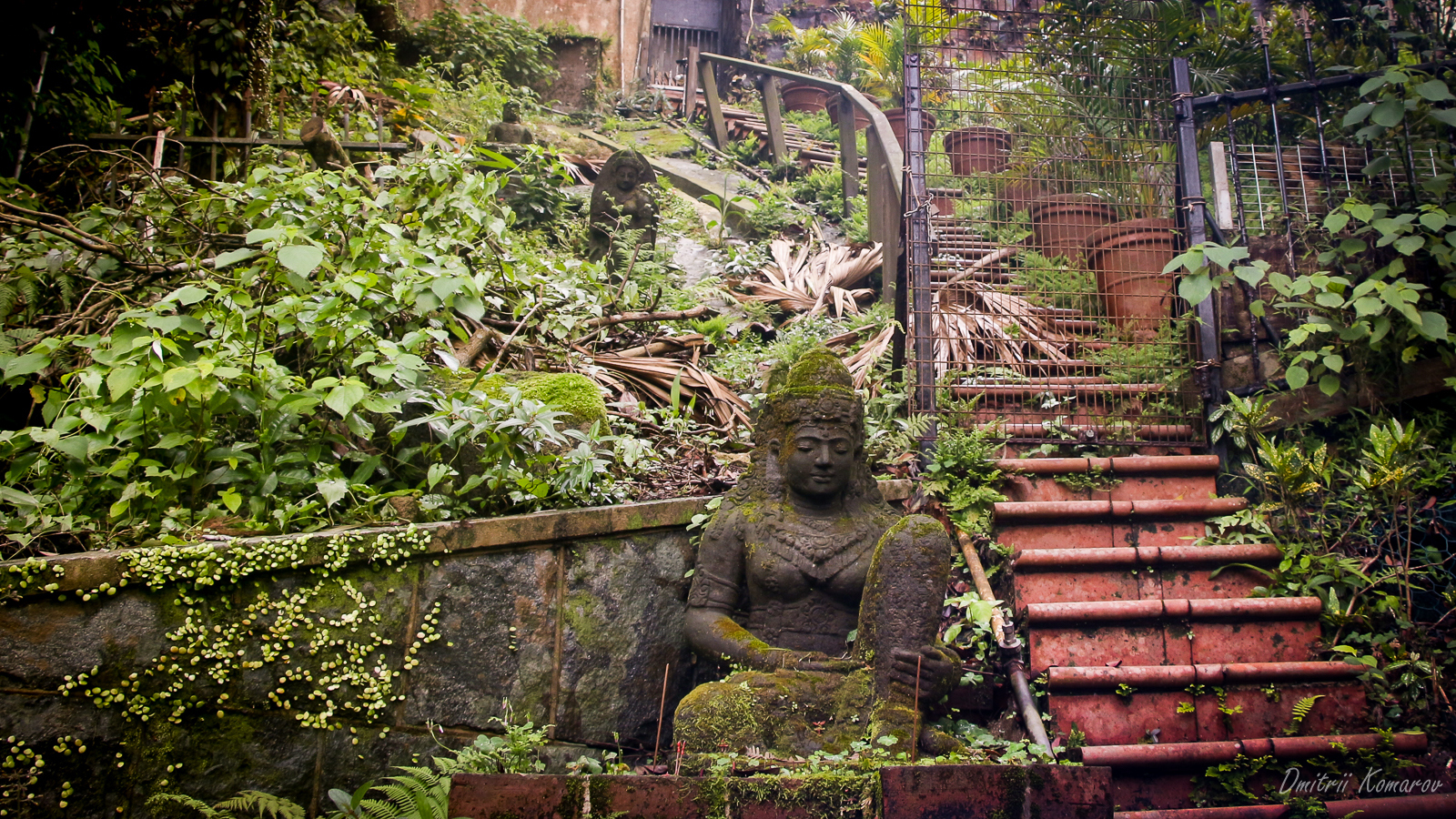 And with sunset haze of the western sector of the sky. 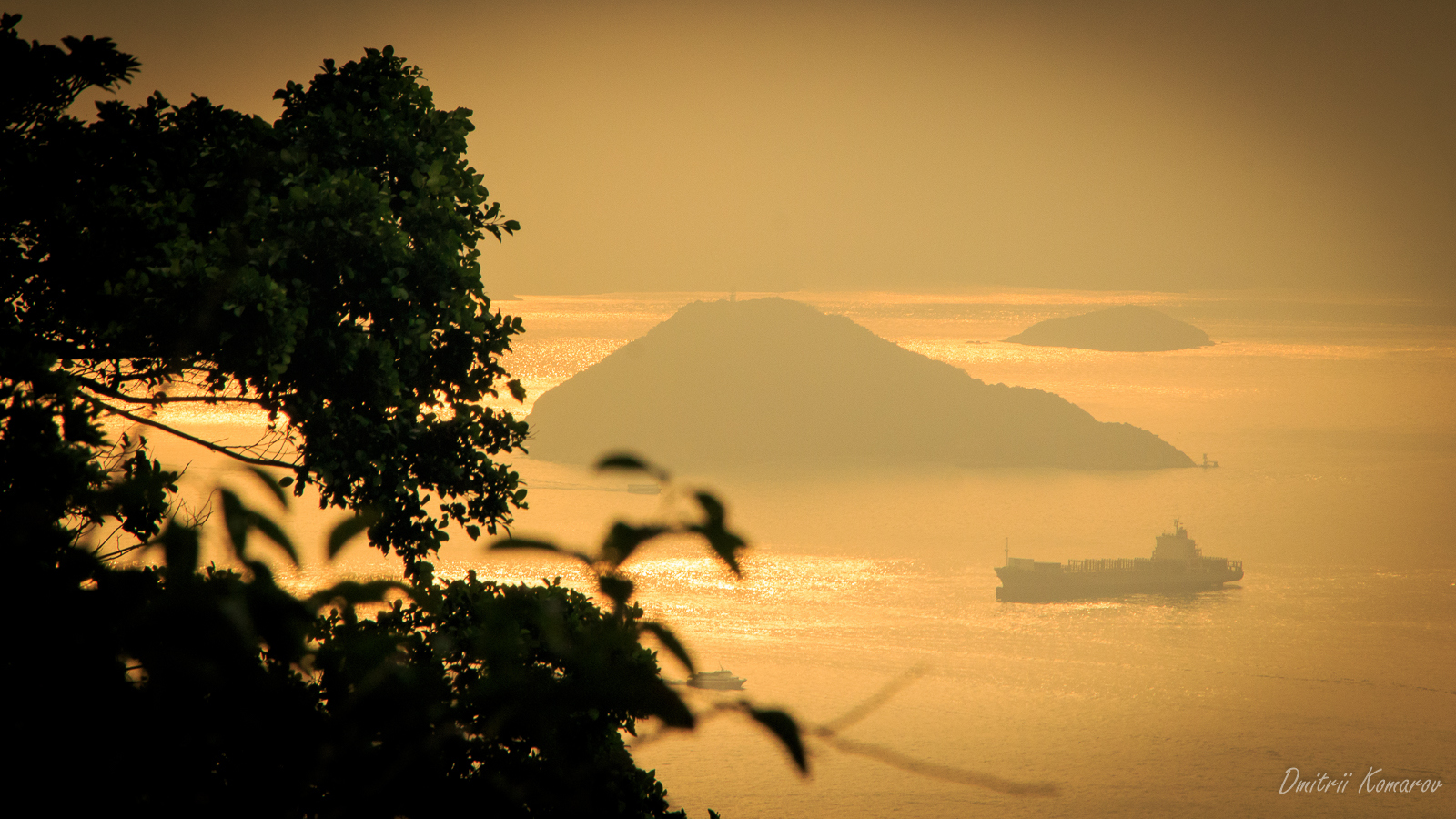 Leaving the world of vain noticeably aside. 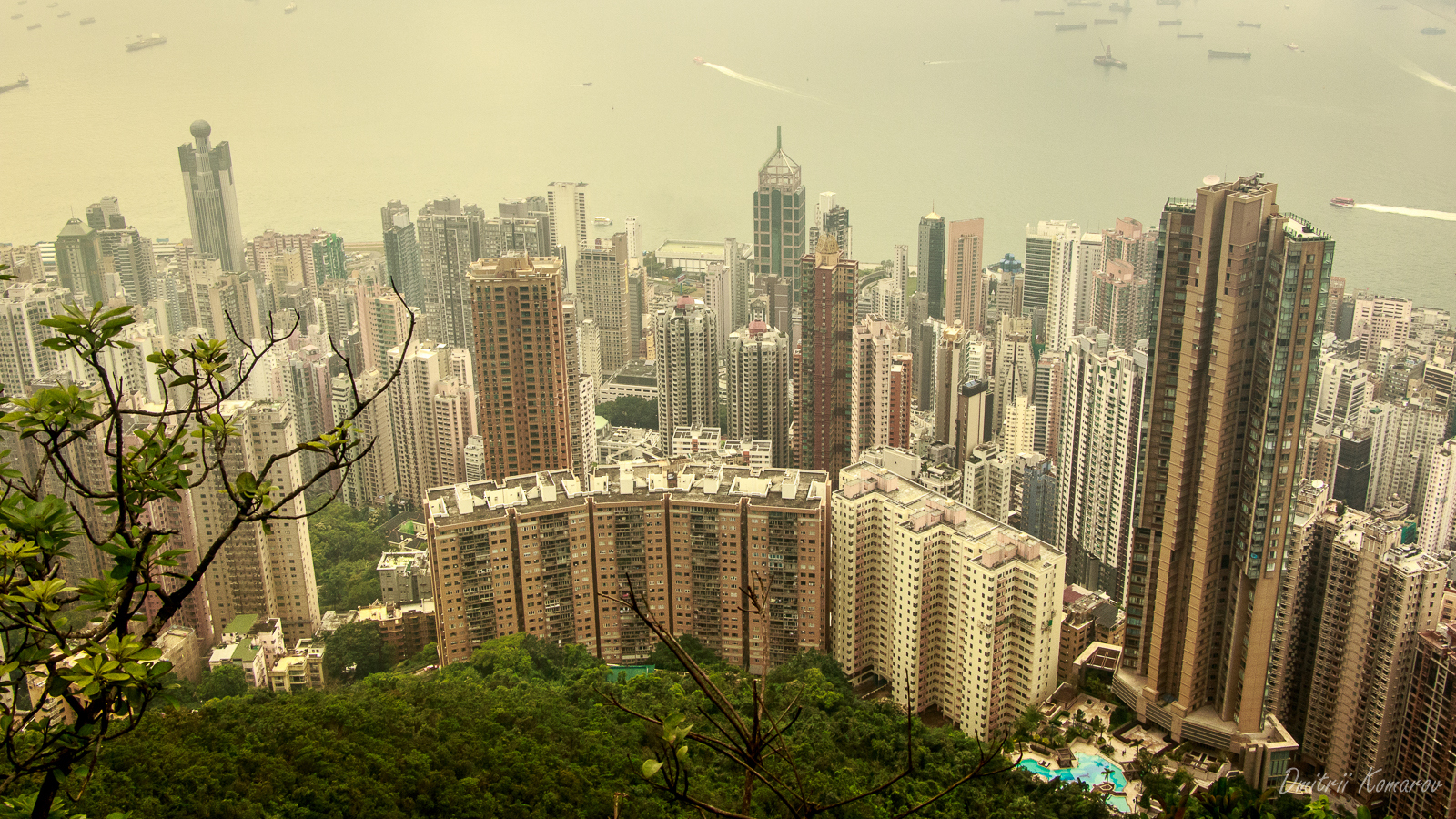 However, dreaming and that's enough.
After all, there are other dreams. And they should also be seen. What we will do in the future! And you too!
Author: netdogg