AdBlock detected. Site operation may be disrupted due to running AdBlock. Please disable it for this site.
Home Stories Hong Kong

Hong Kong
In that for a couple of centuries it can become a place that once was called the Yellow river mud (Wong Nai Chung)? In Hong Kong's Causeway Bay district. There is a proposal to change the hotel sneaker sneakers and go for a walk on the edge, located on one of the historical metropolis axes. 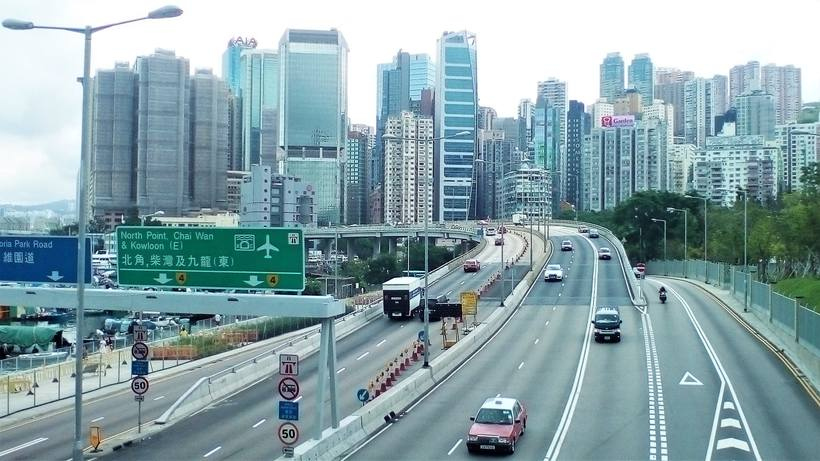 Time walking our walk, and we live just in Causeway Bay, why not start it with the fact that the closest, gradually venturing into alleys and spinning motion spiral? And we do. And the first point of interest - a church that looks like a Chinese, but it is the Anglican chapel it stands at this point (2A Tai Hang Road) for a century, and until the mid-twentieth century, the temple is still paying on a loan for the construction of the main part : St. Mary's Church. 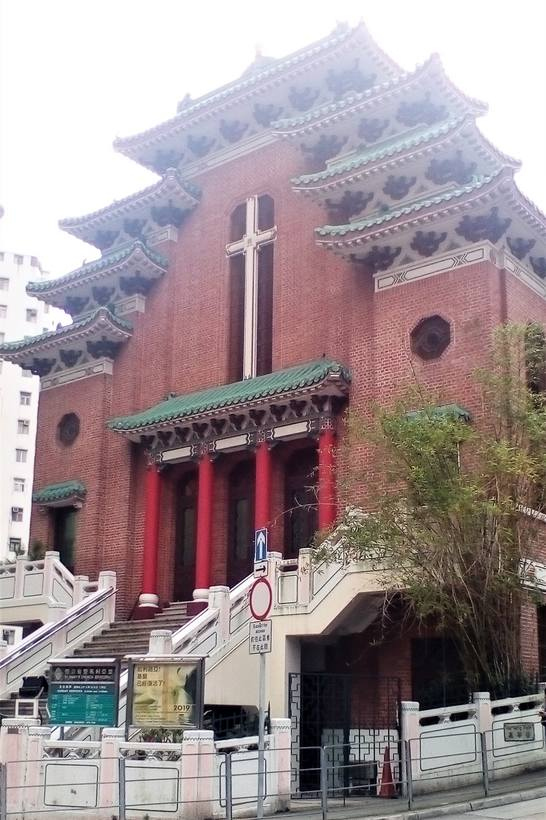 15 minute walk and we found another reminder of European missionary work: The Chinese Rhenish Lutheran Church, which has been the attitude towards people from Germany. The church stands in the middle of quite a normal house, in front of the usual parking, a couple of dumpsters - so get past the ten meters and did not notice a building with unusual architecture. 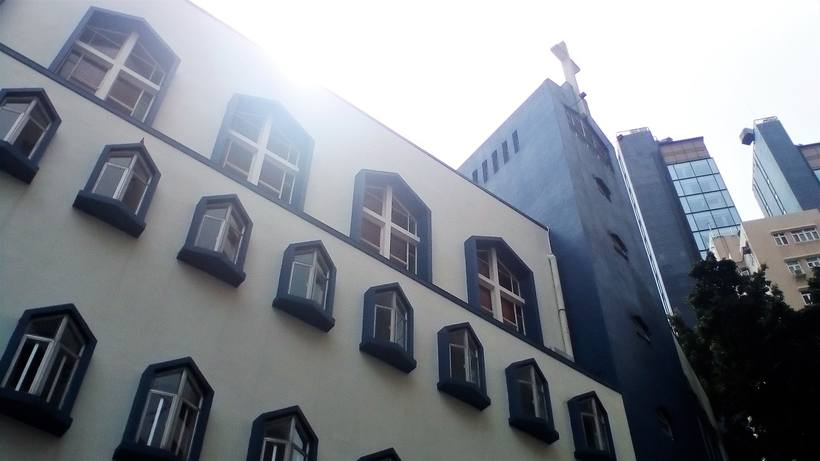 Step in the direction of Victoria Park, in front of which we see the building of the Hong Kong Central Library, and go inside. Be sure to do it. Inside, we see the interesting architectural solutions for the tier floors of the library. We see the guards, who quickly ran up and asked not to shoot anything on camera, but are allowed to be present inside. We are present here further and longer, noticing a gift shop on the first floor. For him it is worth to stay, because here and prices are reasonable, and among the items on the shelves of some interesting and unusual souvenir solutions. Part of deja vu with London and the British Library, where we also found a lot of unusual and interesting things you can grab a memory without copying the same type of magnets Chinese variation, cloned two hundred countries around the world. 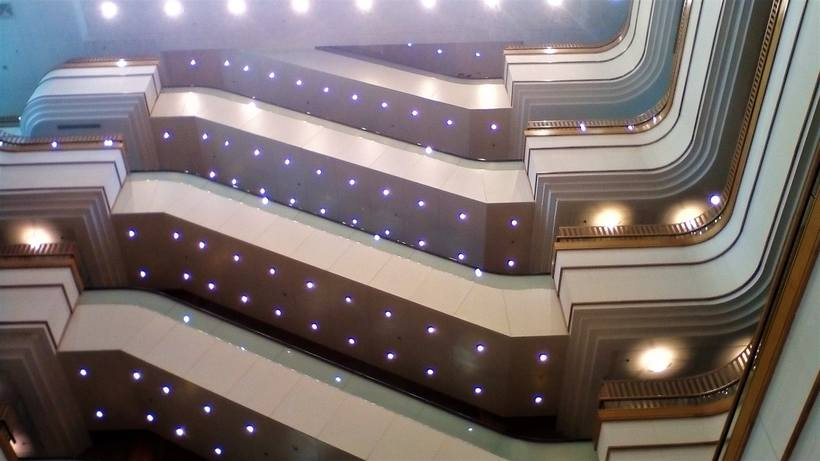 Well, after - in Victoria Park. 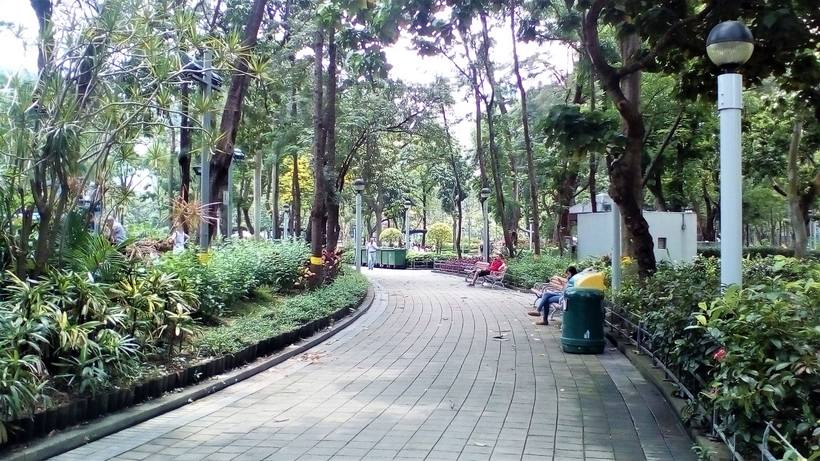 The park is named after Queen Victoria, the park is extensive: and there is a place for walking and sports. Moving track for track toward the water and Victoria Bay (again victorious name), on the opposite bank of the way is the district of Kowloon. 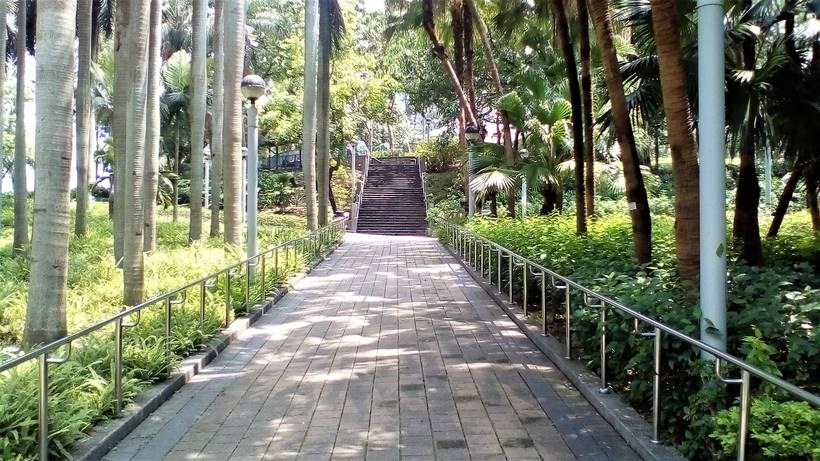 Since the lot of pedestrians in Hong Kong - the constant transitions above and below ground, we meet multilane highways intersect at some height above thereof. Height at us, as usual, other people of all ages and all camera models. Captures views. 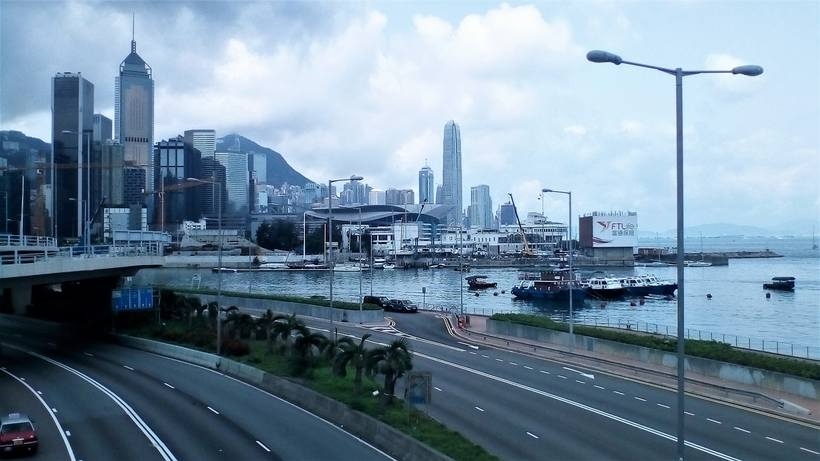 Attention, we have the first in Hong Kong shelter from typhoons! Yes, there are typhoons and still are! So, dear guests of Hong Kong, always carefully study the local weather forecasts and run with umbrellas to the same place at the Hong Kong people run a suspicious Tucek. 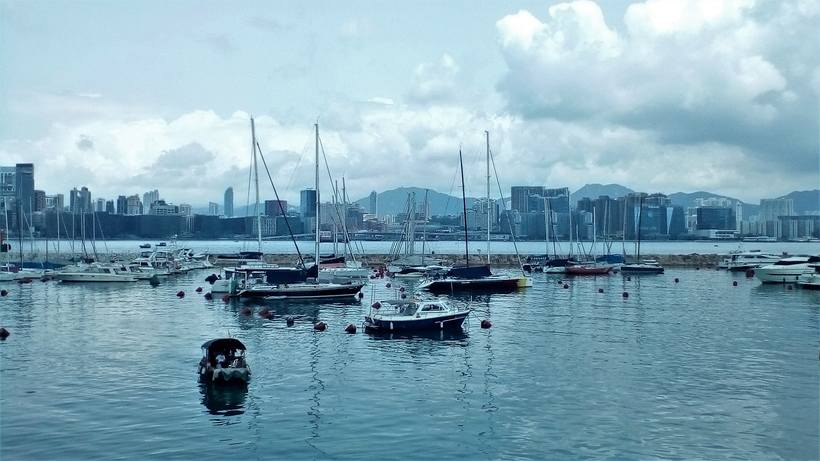 A gust of wind, as if pointing to the direction of gaze. Follow the add-on: somewhere in these buildings - with our house on an unforgettable 7 days. Our air conditioning is not able to work quietly and heating. Our window with a view of hundreds of these same overlooked. Our maps and guides under which completely disappeared large bed every night, so the next morning lit up rays of new campaigns. 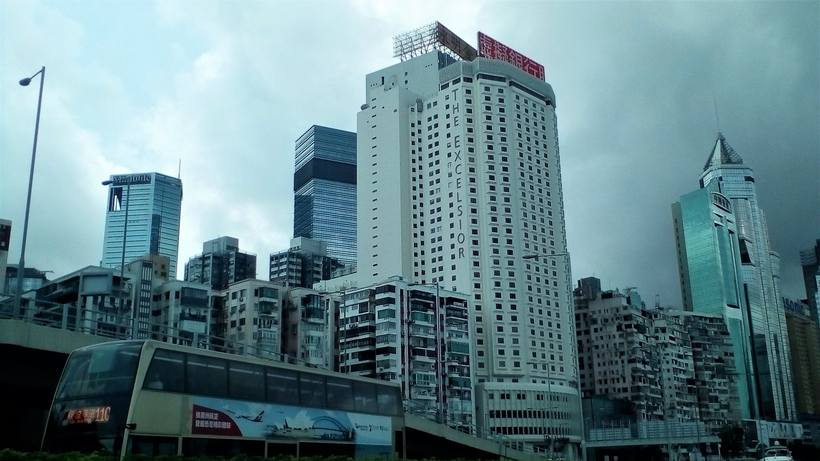 Walking along the shoreline is prohibited miss the Noonday Gun, which beats down exactly at twelve o'clock on a daily basis. Before firing a few here tourists will see a little ceremony and release preparation in the form of a man, and after the shot will get the opportunity to be photographed here. In another hour it is impossible, because access to the gun is closed on the lock. 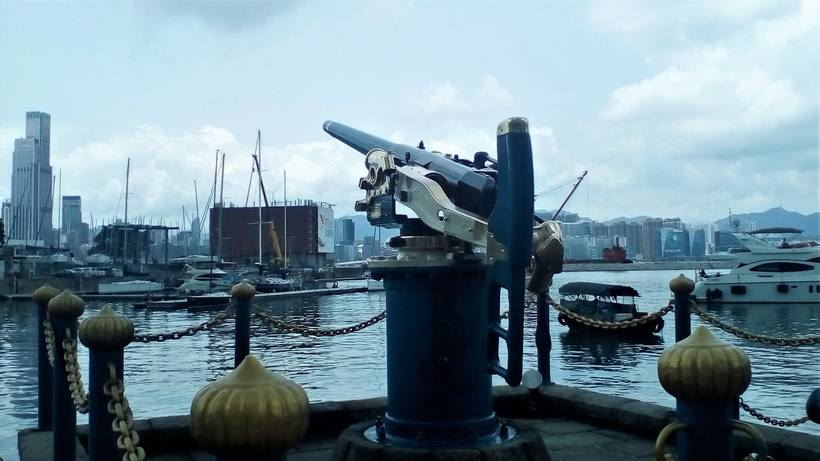 Now that the hour has struck, and cannon sharahnulo whether snack time? Outdoor options to eat there. This food is very simple, inexpensive by local standards, and offers hot and cold, and sweets, and other pleasures. Dive into the midst of the houses, and ye shall find. 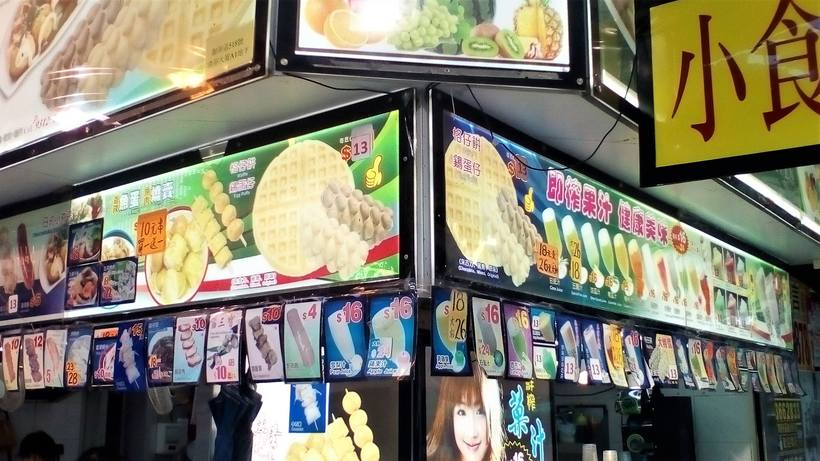 About the midst of the houses. That would have Times Square! A shopping center with the same name. You can spend time and money, and can safely visit the large bathrooms on the second floor, up the escalator. Issue price is zero, and the convenience of not in Hong Kong large. When you're here to wash their hands at the sink, tell of this silent thanks to the same company that owns the famous Hong Kong ferry Star Ferry, which will test every tourist, is in Hong Kong for at least a few days, because it is very cute vehicles. 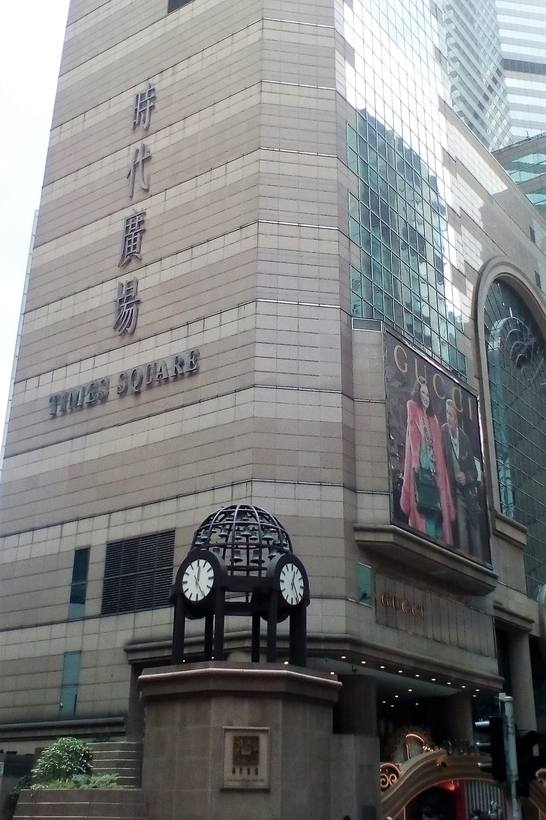 At 101 Leighton Road worth seeing higher. What kind of winged symbol on a building in black marble? Unusual place called Zoroastrian Building (Zoroastrian Building), on the upper floors of the temple whose Parsis, who fled the once ornate Asian roads from Iran and eventually stopped including here in the great metropolis of the British and Chinese biographies. 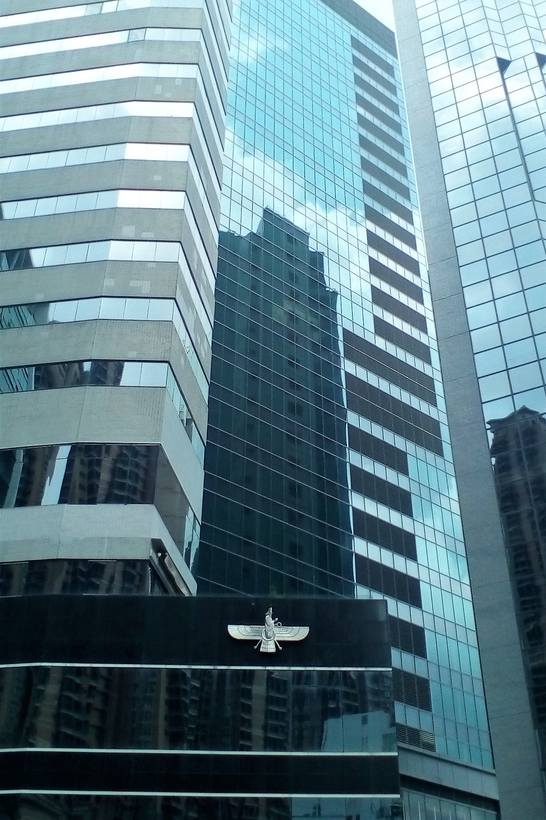 Long ago, in Hong Kong it has been extended problem of kidnapping, in particular children. And more than a century ago as a response to this, there was a public organization, which led to their search, and helped found themselves homeless, and now speaks of himself building Po Leung Kuk. 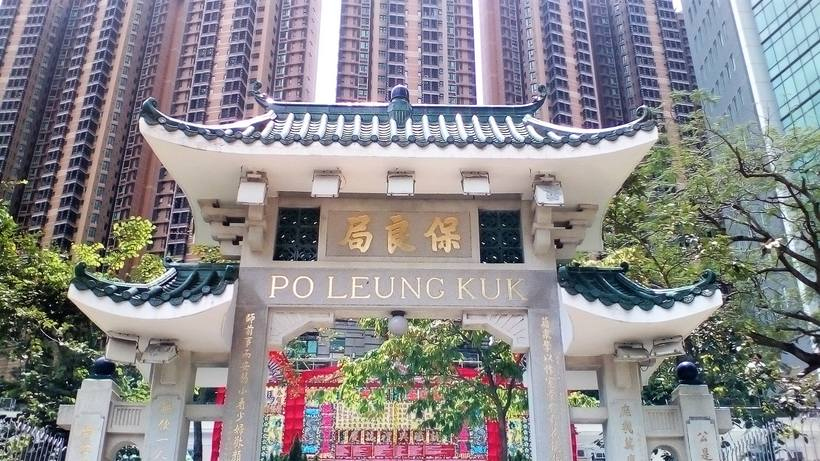 The building is worth almost opposite the Zoroastrian, although the address seems to be distant: 66 Leighton Road. 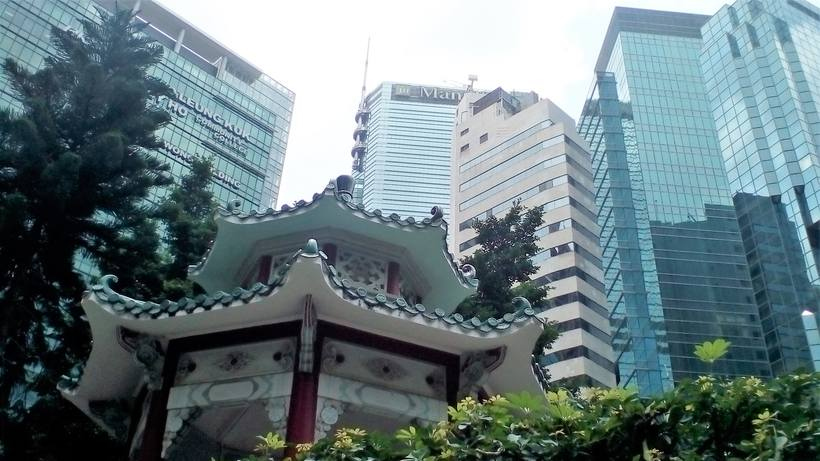 We do not hold on, not to stare at the sky above the Po Leung Kuk. Sky built up sleeping "palaces". 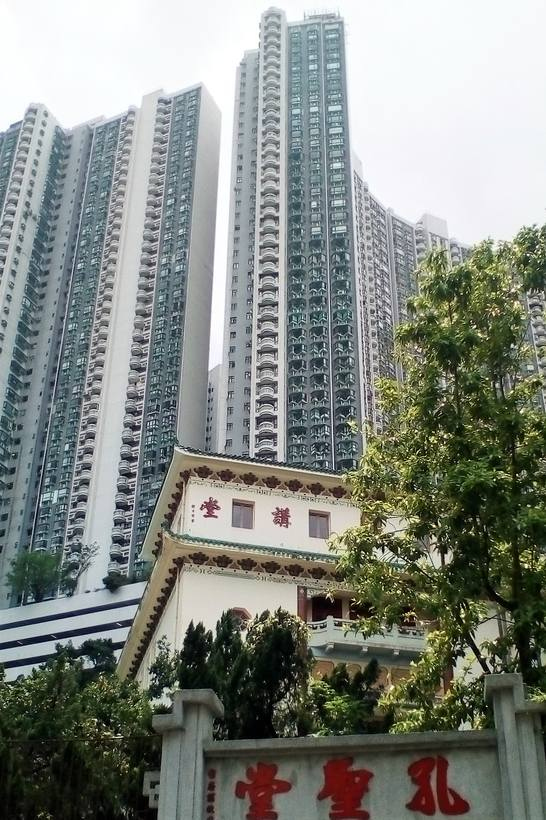 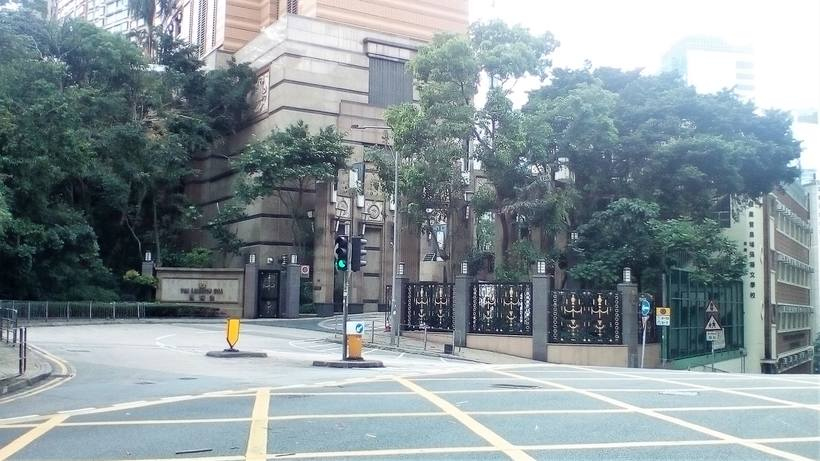 On one of the streets of the local built the first temple in Hong Kong, which has become the patron saint of a woman (St. Margaret). 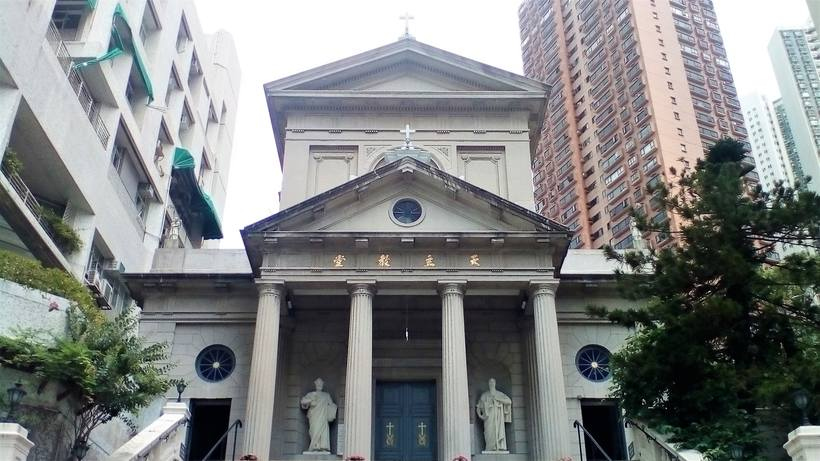 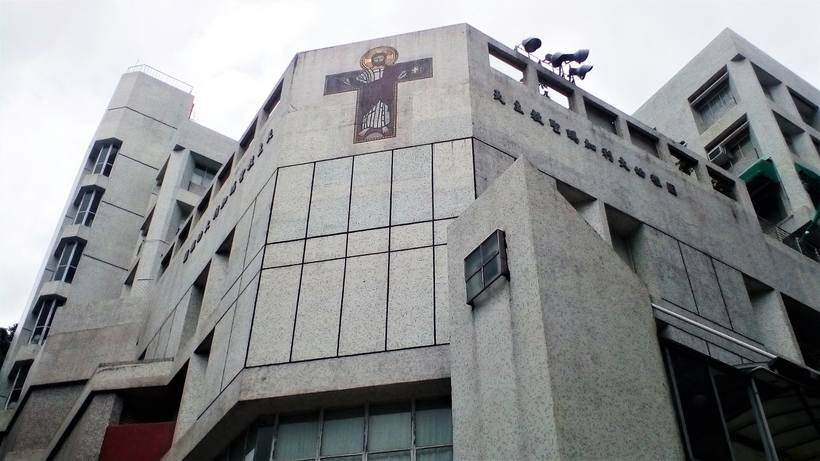 And we find ourselves at the very beginning! A memorial pillar (it is small, less than a man's height, so do not miss), telling us about the place of some of the city boundary. By this is meant the boundary edge of the Old City of Victoria. Here in the XIX century there were many swamps, died from infections many settlers and travelers, this area has become a huge cemetery - and it was called Happy Valley (Happy Valley) as a kind of allegorical place where eternal rest took on the suffering people. 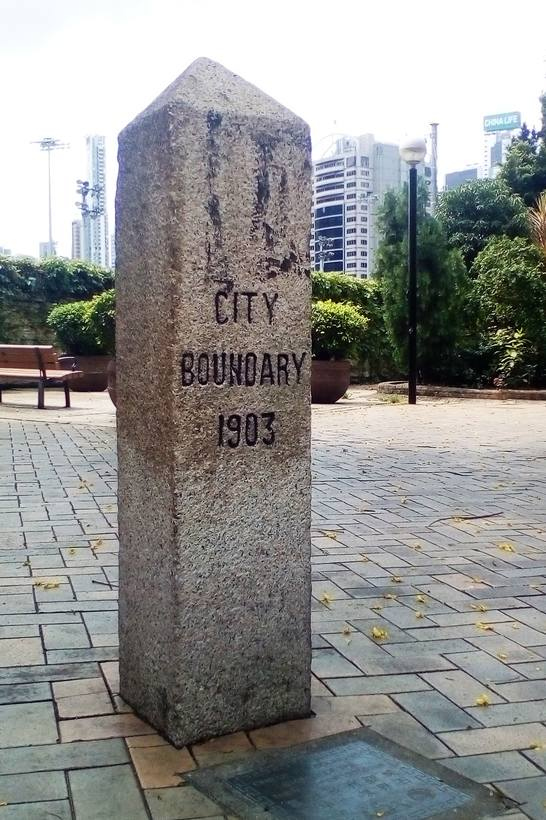 It is time to go further, to other areas and other streets? Accepted. Here we gather in a new way!
Author: netdogg