Ride for many days for the body is a good test, so in the middle of the holiday, it was decided to make a break for a day research local attractions, they turned out to be not so much. 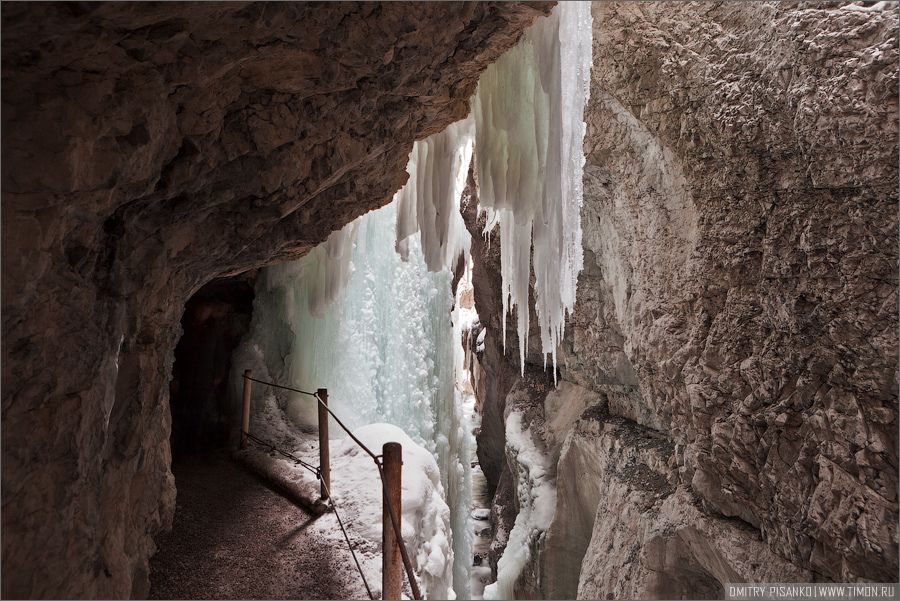 Castles of Bavaria, namely Hoeshvangau Neuschwanstein and we have already seen, you can read about them, you can also visit the water park and Partnach Gorge Gorge, in the past we have gone. Before the trip, we have carefully studied the internet description of the road, in general, took a bus and after Half an hour was on the ski stadium, where we waited for the wonderful pointers directly on the building. 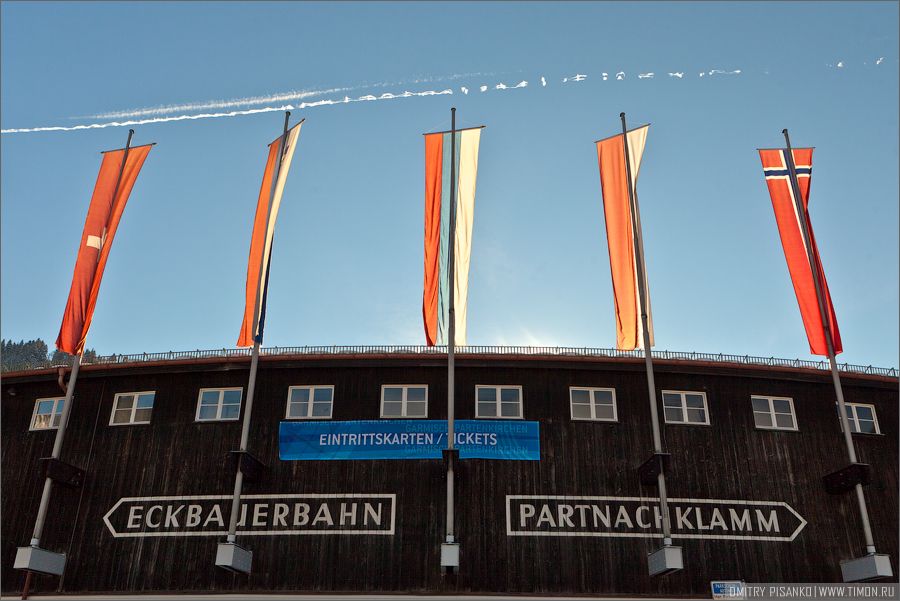 The first word was unfamiliar to us, and the second - our goal is where we're headed. In fact, we could go to the left, there climb the hill by cable car and from there go down through the valley, but we opted for the usual complicated. I am glad that at least scenery worth it. 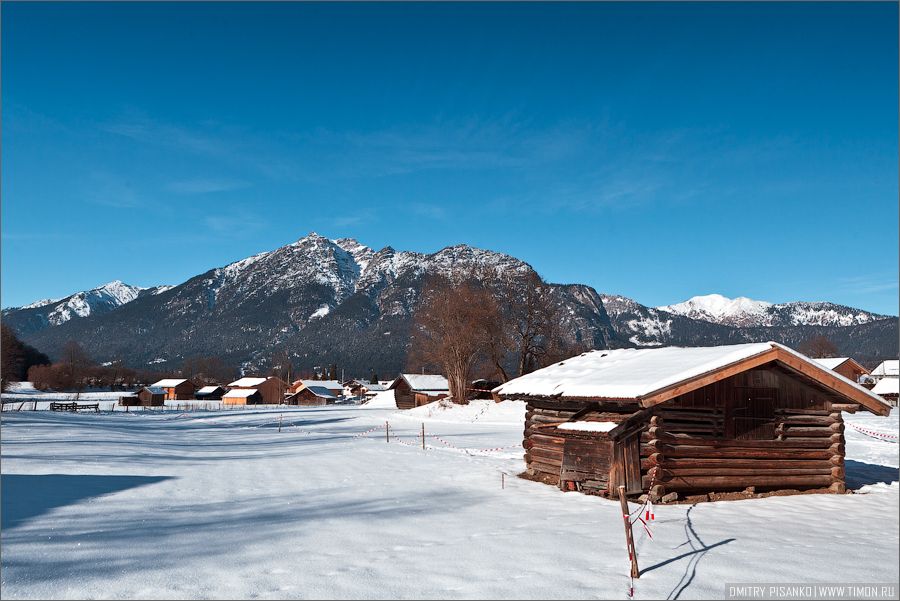 After 10 minutes we arrived at the wonderful and upbeat plate. Our goal is 20 minutes walk, well, twenty twenty so do not go home the same. But that means 2 and a half for me and remains a mystery. Hours probably. 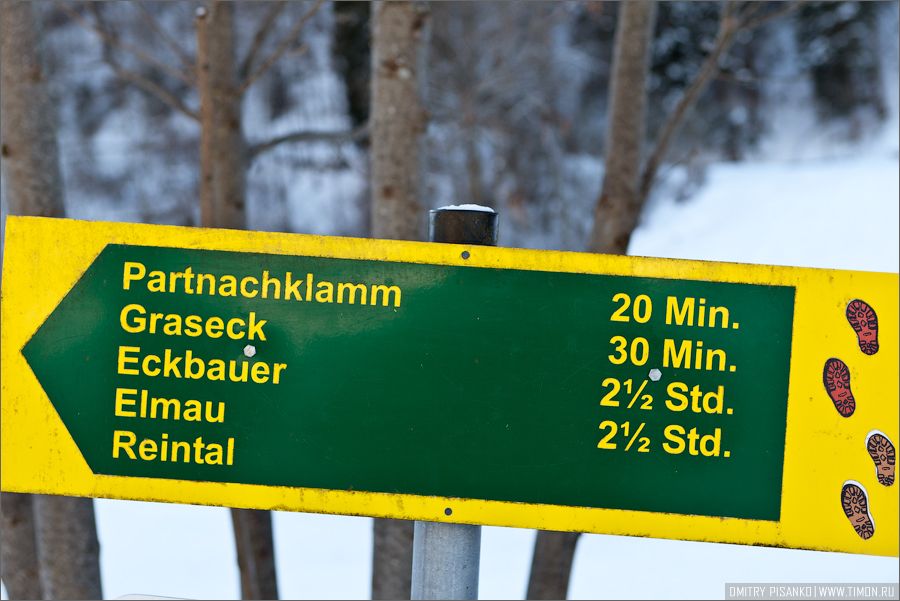 A small dam to the river from the gorge. 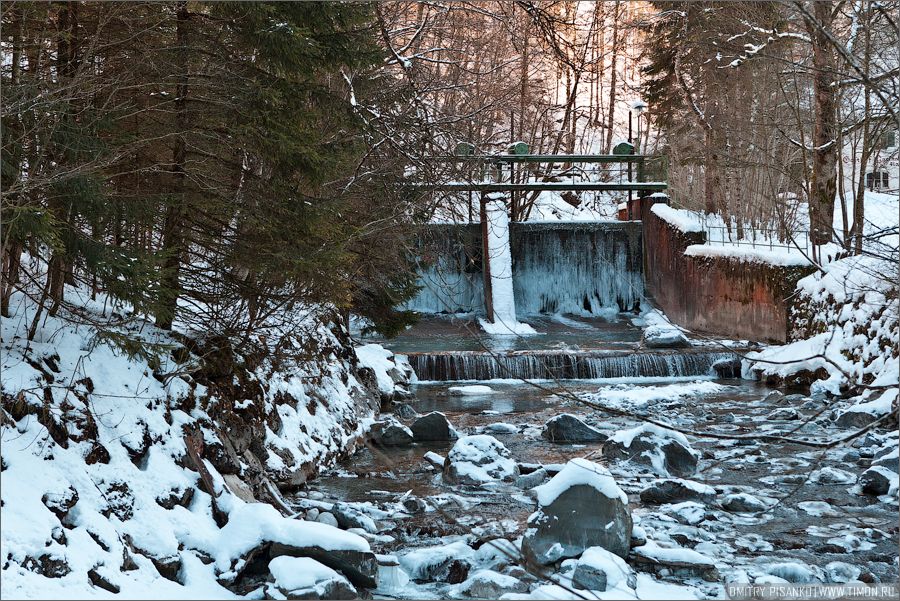 At the end of the road we found a very nice horse-drawn carriage, it turns out you can get here on horses, price is not specified, but on the way back saw as brought some visitors. Bells are ringing very cool. 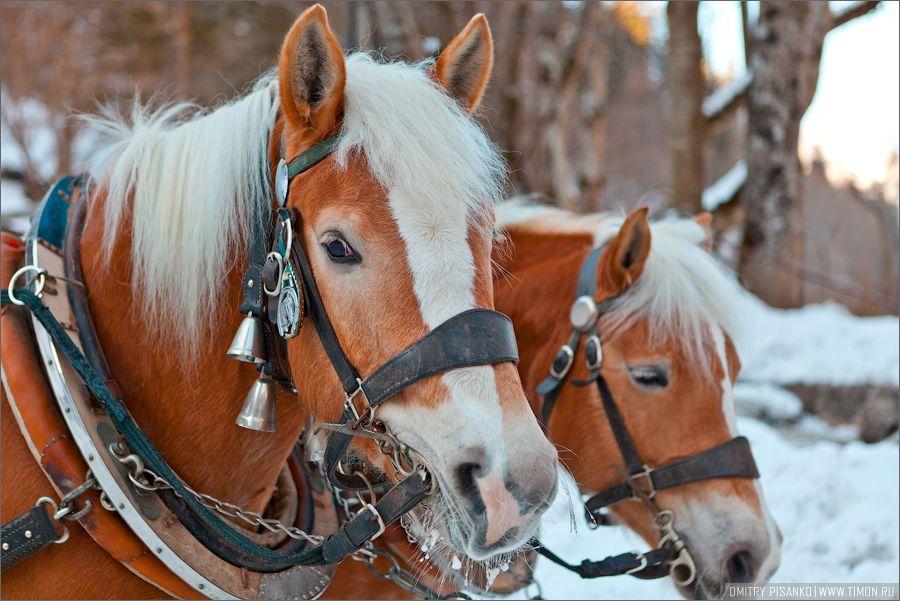 Zamёrzschy waterfall, the way it was this picture I was tormented in his last post about the removal of spurious color, as you can see, I did everything handles, not automatic :) 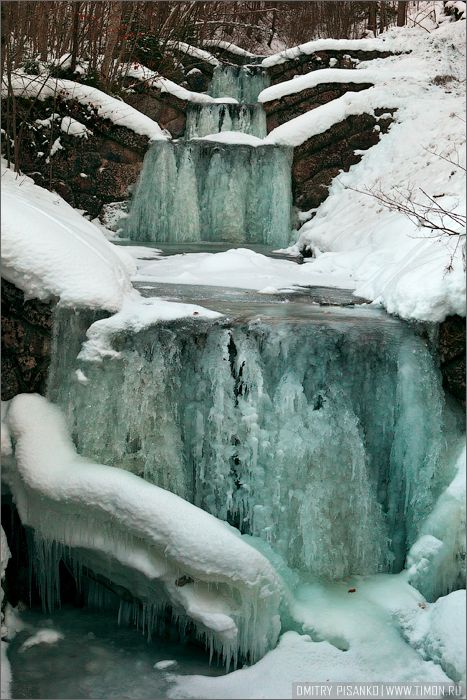 River from the gorge. 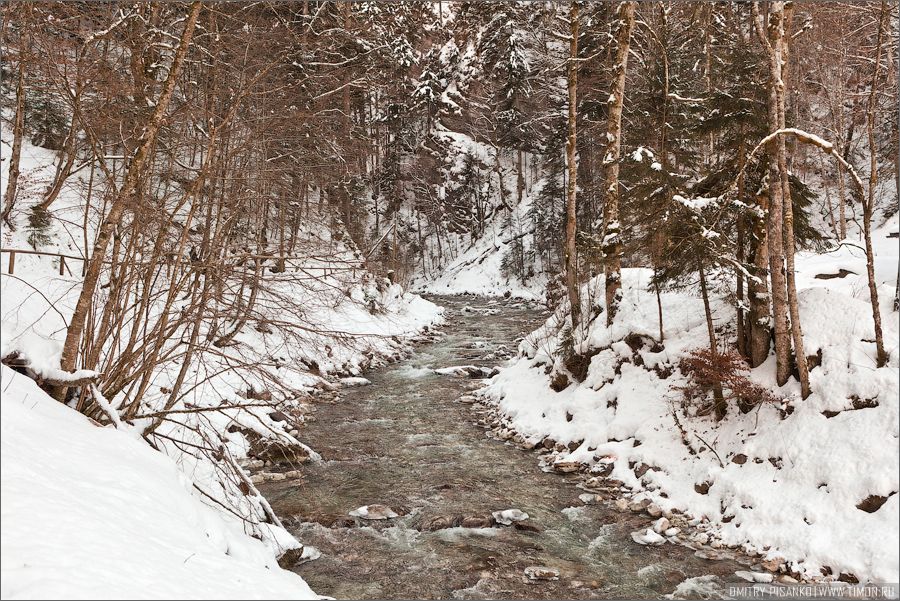 Some information about the valley. 3 km from the town is a picturesque gorge Partnach Gorge (Partnachklamm). Its length - 700 m, width - up to 5 m, elevation of about 80 m, height of framing the holes of the rocks - up to 86 m height of the bridge that connects the mountain wall - 68 m, the length of pedestrian tunnels - 247 m, a width of 1 m, height of about 1.9 m. A footpath runs along the river on the edge of the gorge. Mostly it looks like a cornice, carved into the steep walls of the gorge, sometimes cutting into the rock a small pedestrian tunnel, inside which periodically have to go literally to the touch. The entire length of the path is fenced railing and sprinkled with gravel.  Open daily:  Summer: 8:00 - 18:00  Winter: 9:00 - 17:00 Admission: € 3. Start the tunnel. 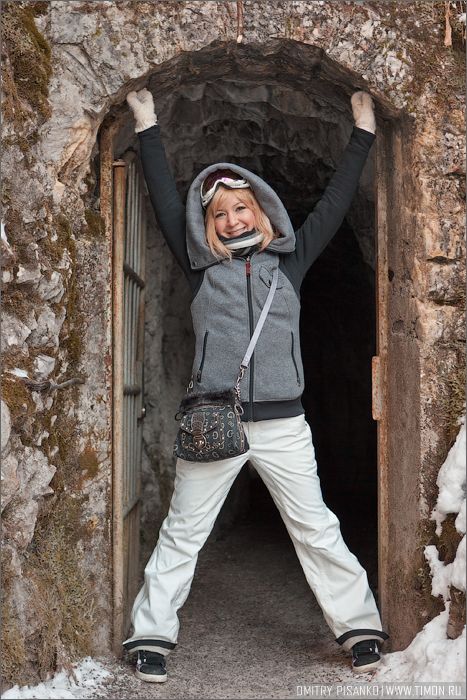 The beginning of the gorge. 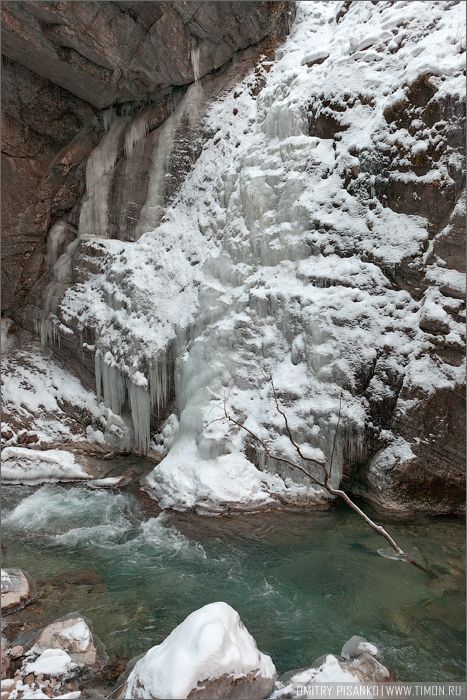 Here we are with the group split, I got a tripod and became sooo slowly move toward the exit periodically removing favorite species. 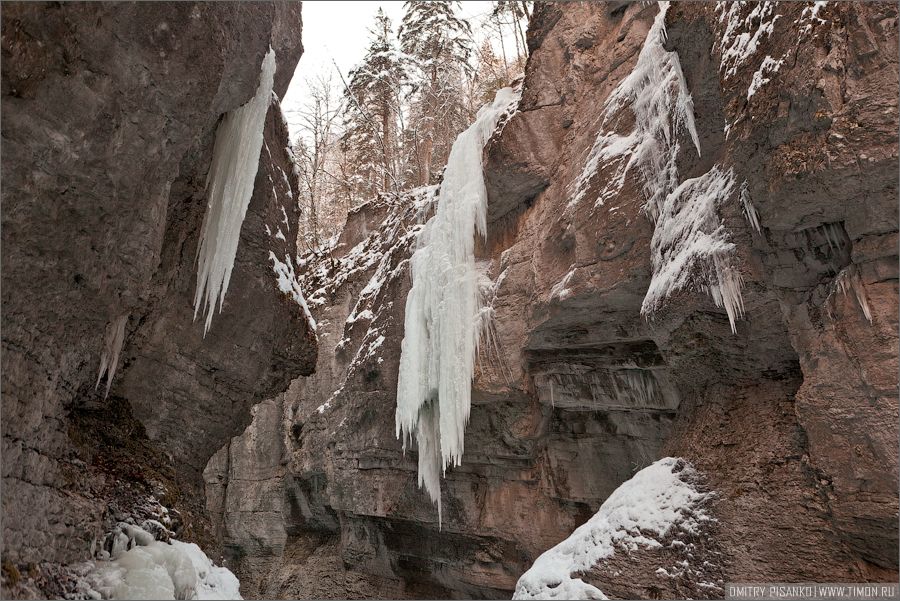 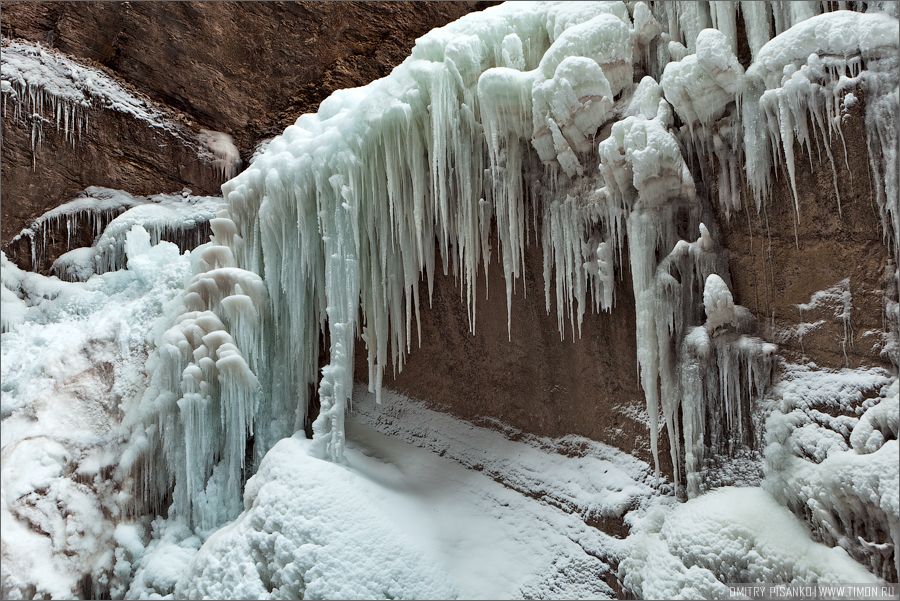 The gorge is very interesting shape, it tapers upwards. 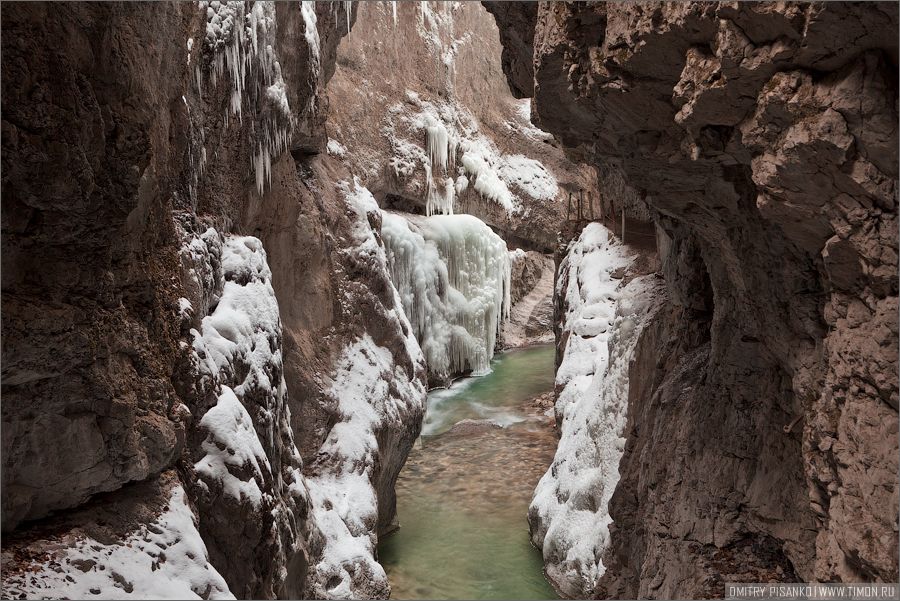 Here I made a small tube, the path is very narrow and is practically impossible to separate, and yet I with tripod :) 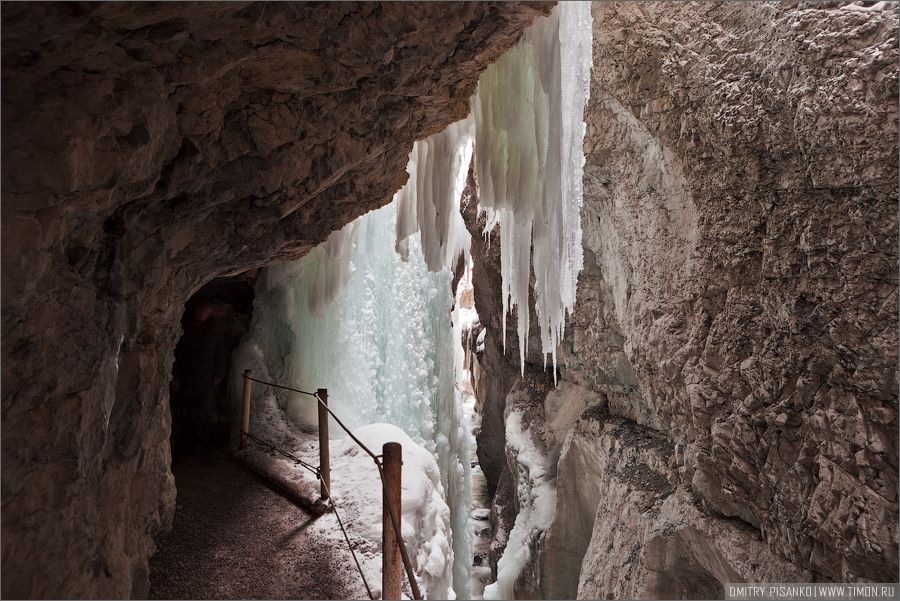 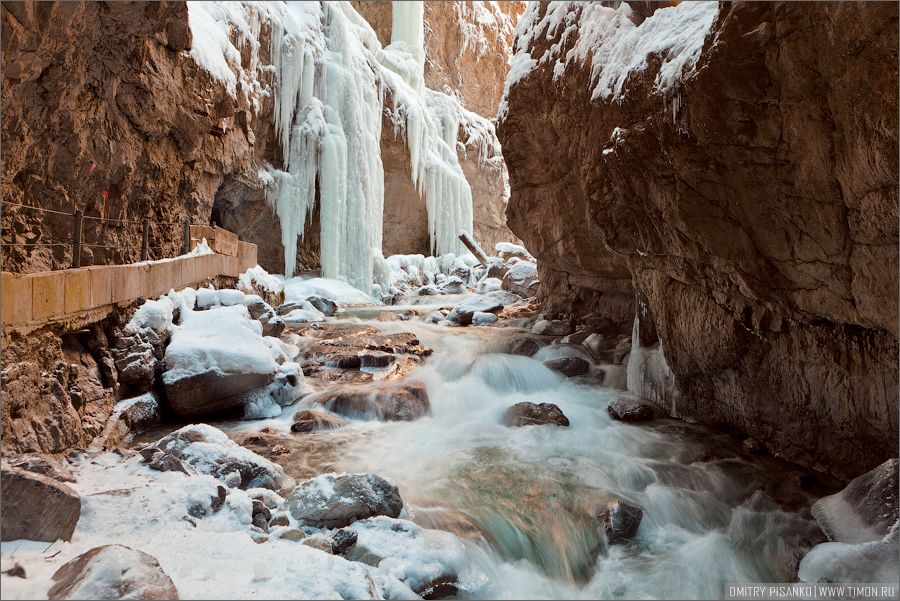 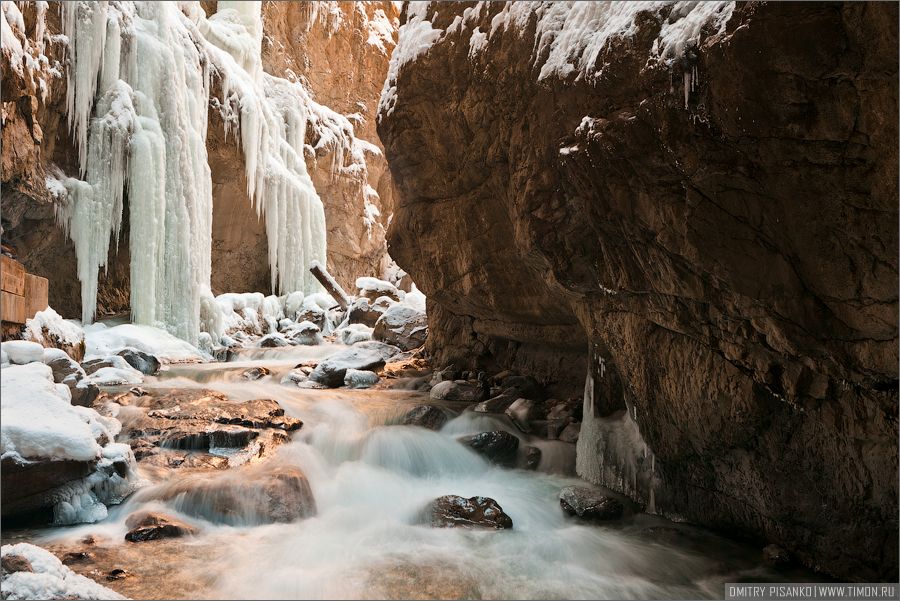 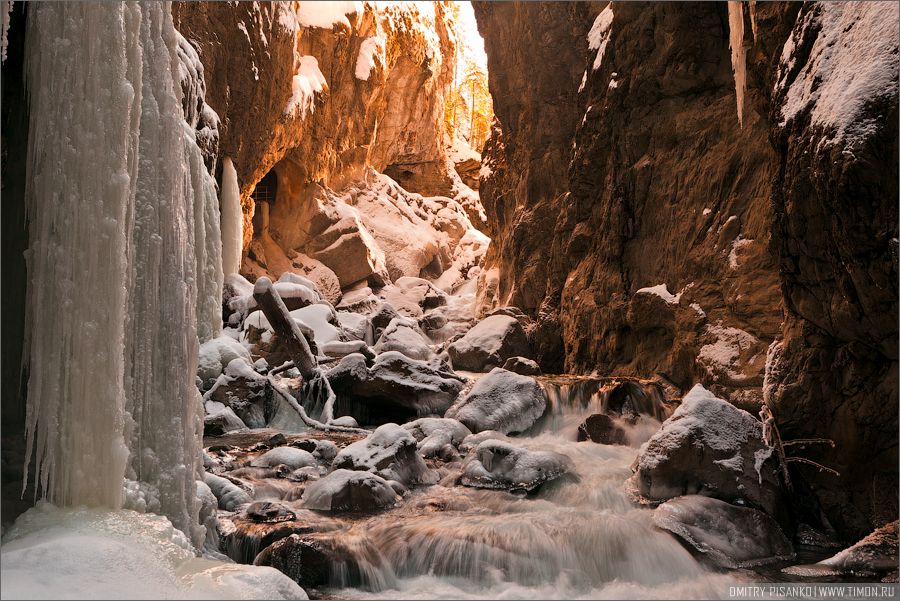 So long as I poked around in the valley, the people at the exit had nothing to do and the sparrow became for them at the time of the model. 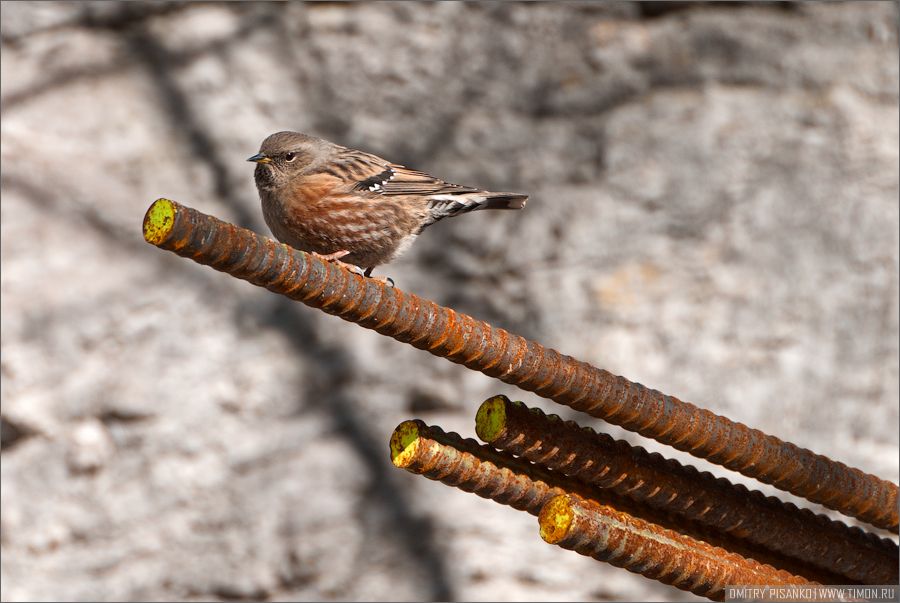 If the inside of the gorge was very cold and dark, the sun appeared at the output and positive. I wanted to catch rabbits. 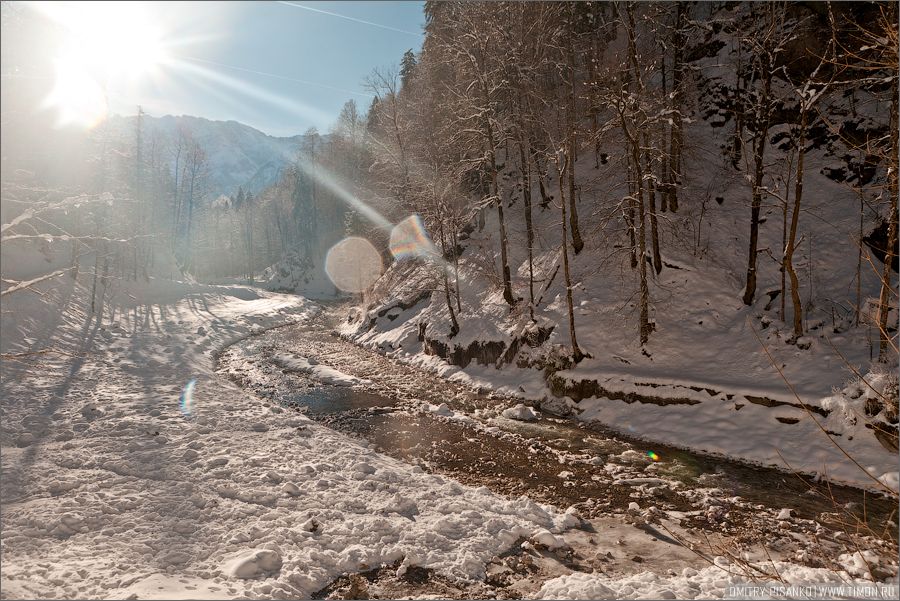 Then we went down the path and quickly ran into a fork with a strange name, we decided to turn left and go up the hill. If I'm not mistaken, we got to the village Graseck, offering amazing views of the mountains. 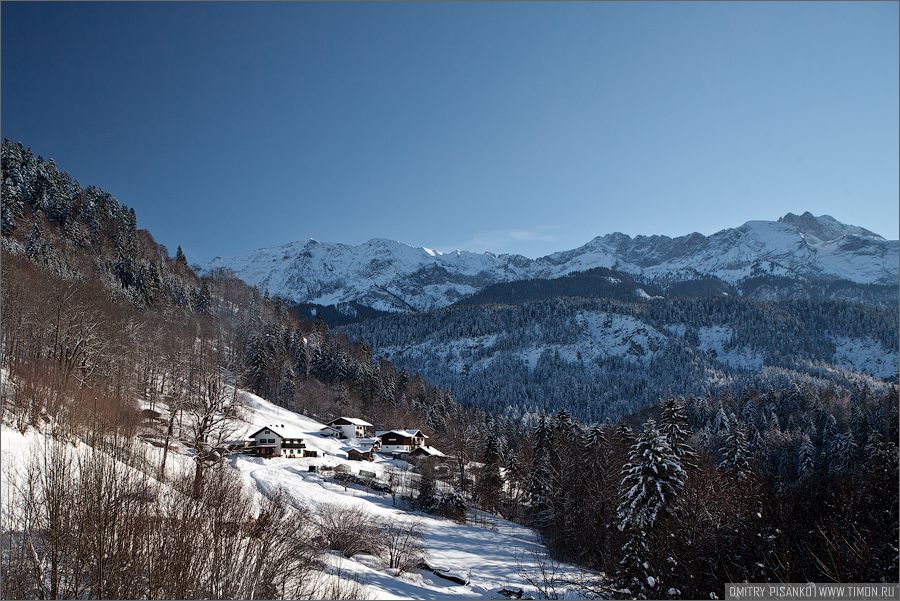 As it turned out, we came to a small cable car. In the booth is placed only 4 people. At the bottom, we were very surprised when they learned that this dubious pleasure yet paid, per person gave 3.5 euros. 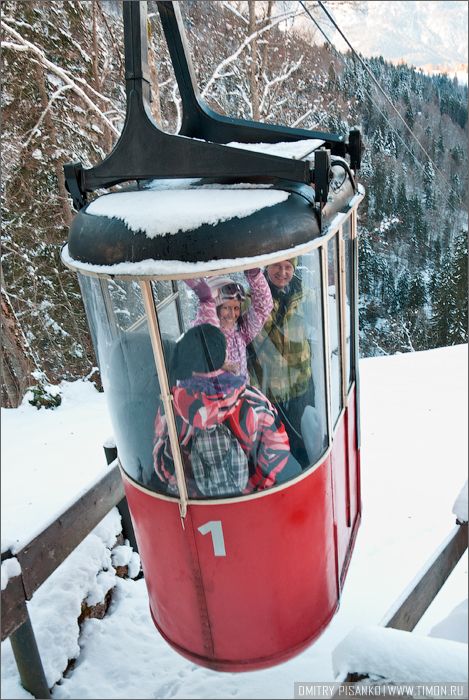 Actually, that's all. We would like to tell you about the water park in Garmisch. The tourist kvitochki which all give on arrival, free entrance 1 time. There is simply a zone, and there is a zone for nudists. In short, a lot of men, there is little girls, a lot of Italians who strongly emphasized their "slim" body postures very funny :) I, having heard their stories, even wanted to trace. day to check it out myself very fun place, but unfortunately injured his leg and had to stay home.