Long thought to what it is and how to begin the story of Dresden. Decided to show some of the sights alone, and some combined into one story. Today we look at what a glass factory in Dresden. 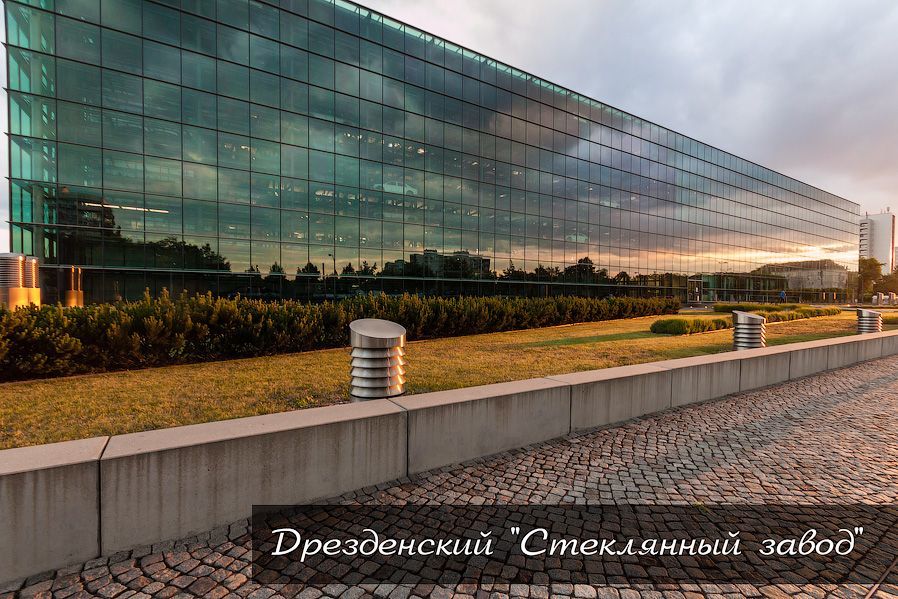 Glass Factory was designed by the architectural firm of Günter Munich Genna. Already in the process of developing this project has caused a lot of protests and discontent, particularly from the "green". 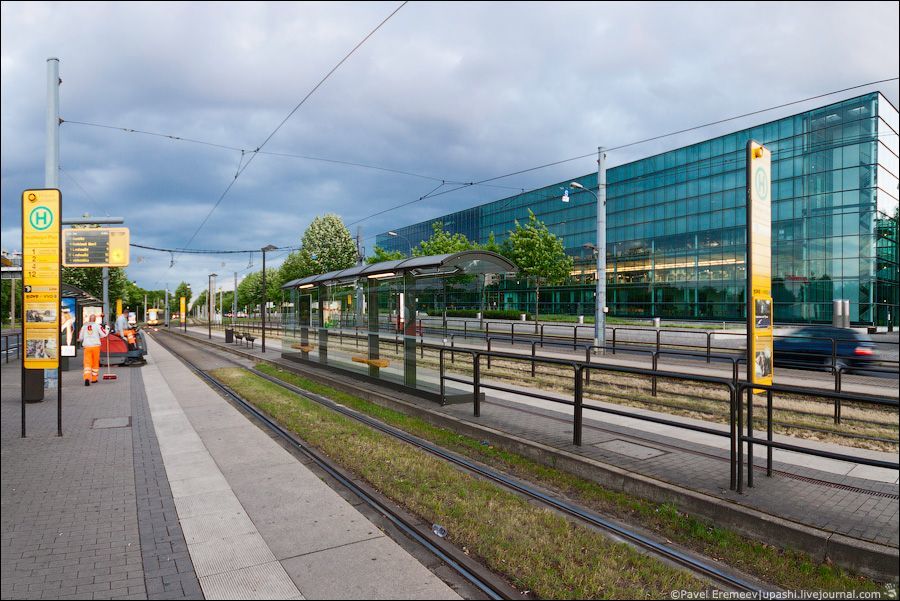 The protests have focused on the fact that because of the location of the plant near the center of the Gothic Dresden, the city is crowded vans that bring the various parts for assembly. However, on the part of Volkswagen received an offer from which no one could refuse. It was proposed to bring spare on trucks, and special-Trucking trams and thus hardly noticeable to others and not just filling the streets of the city intrusive trucks. Another point of criticism was his glass structure, due to which the birds can not detect obstacles and bump into the building structure. But this issue has been resolved. 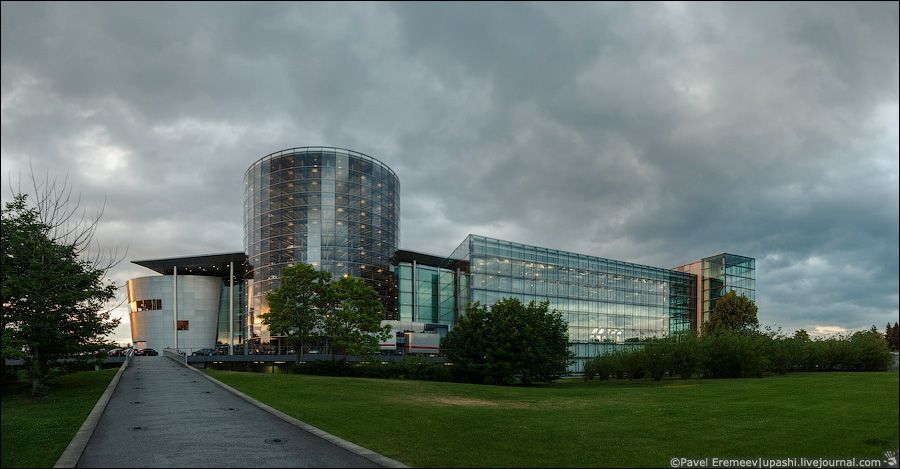 Outside already seen ready to assemble Tropicbirds. Unfortunately the inside is no longer possible to get. 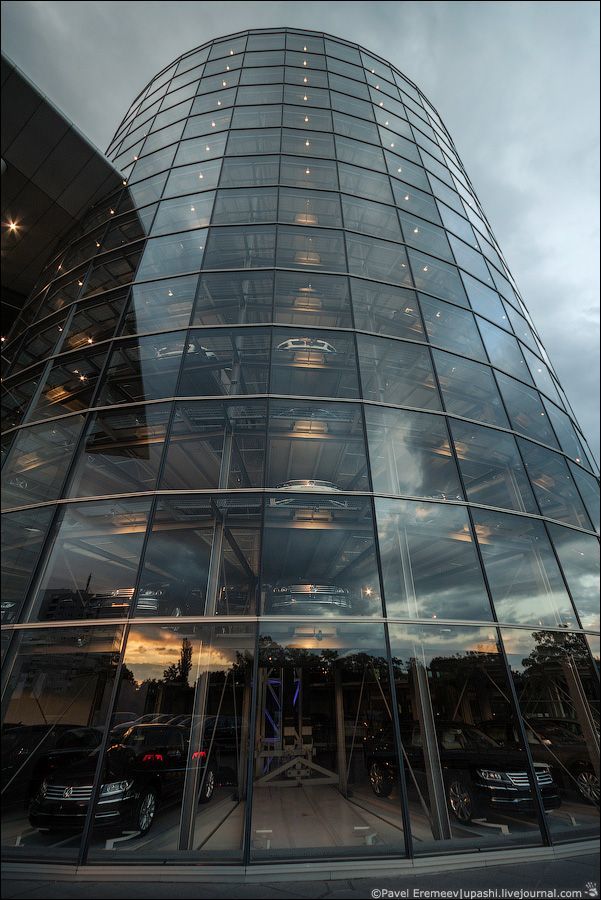 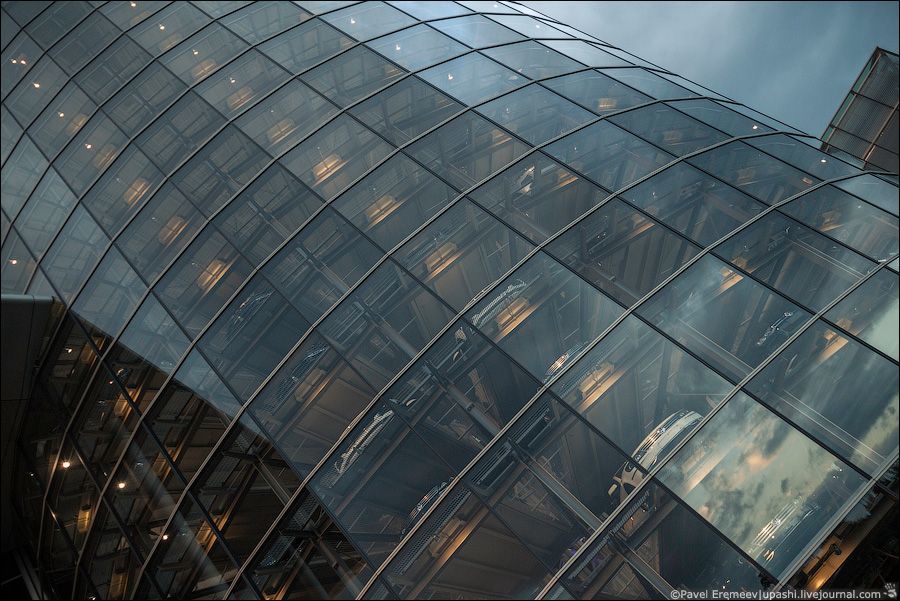 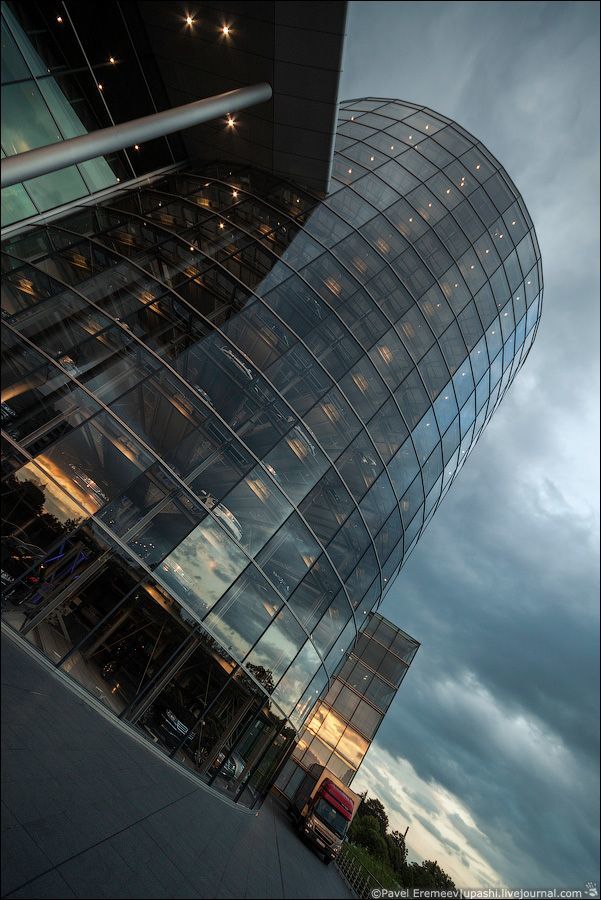 In the first months after the opening of the plant, he joined the list of guides as one of the most beautiful and interesting sights. 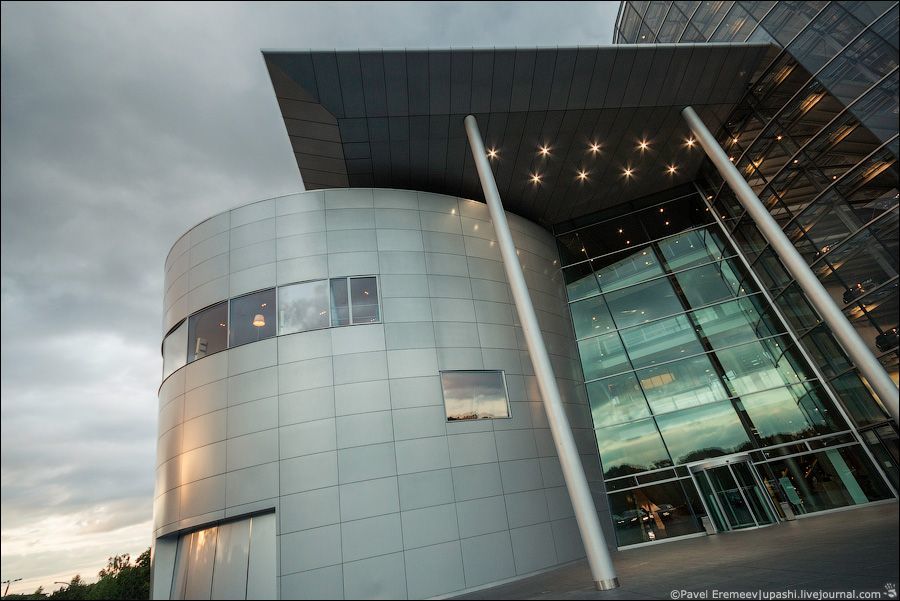 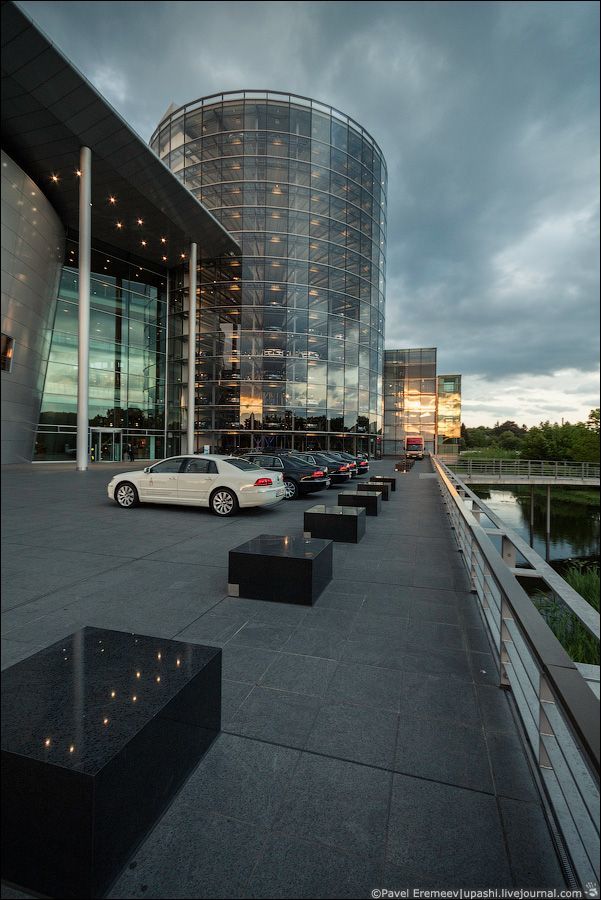 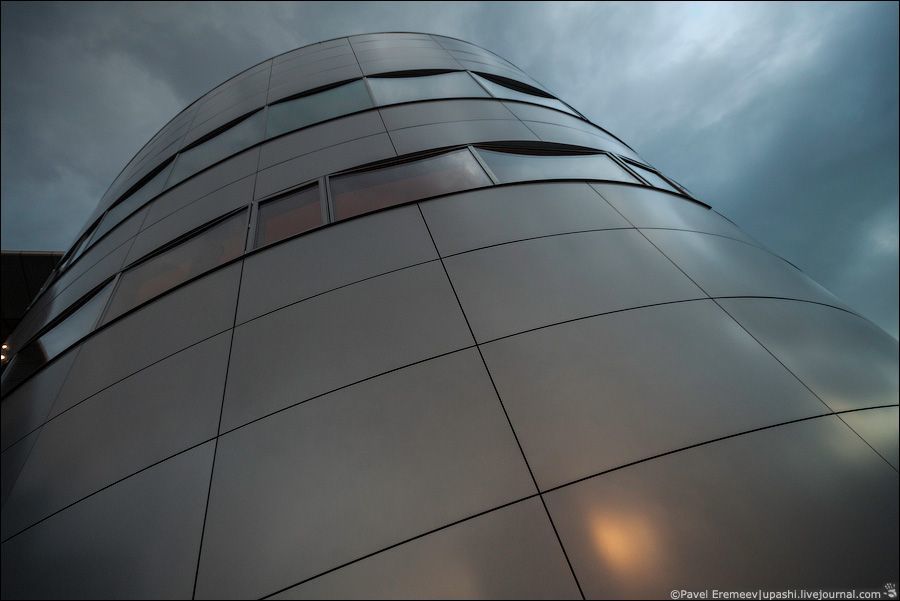 In addition to the production hall, as there is space for gastronomy and cultural events. For example, after a flood in the foyer of the plant took place during the months opera performance of "Carmen", as the Semper Opera House was damaged. 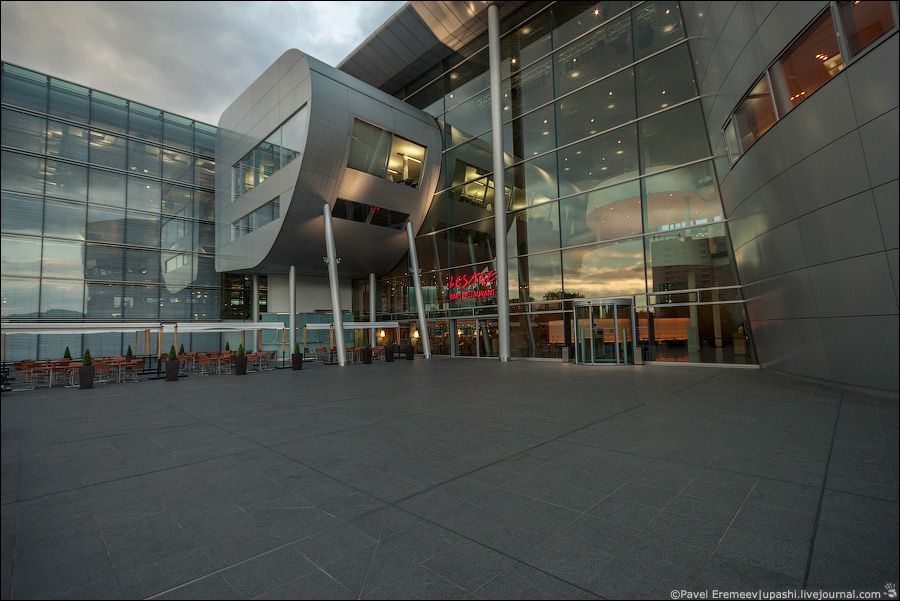 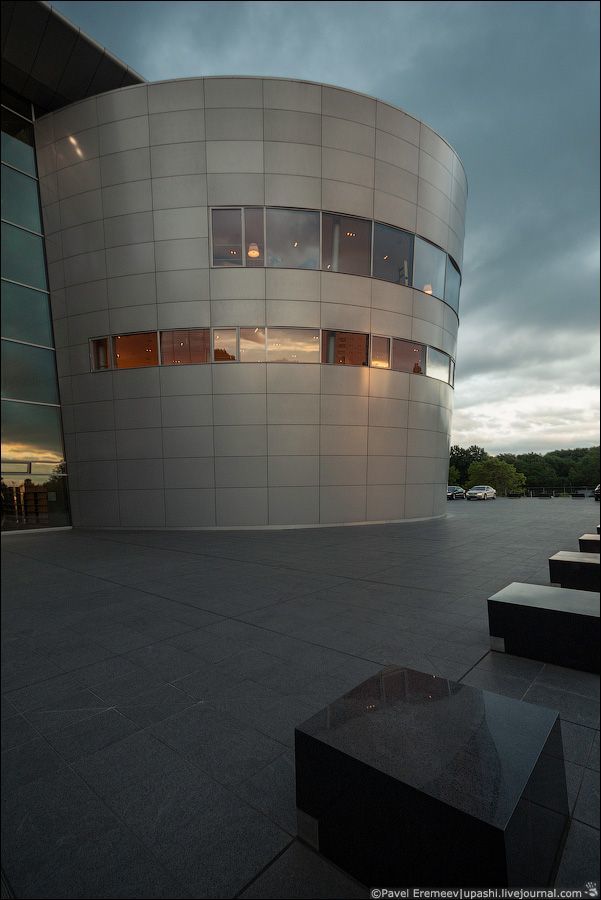 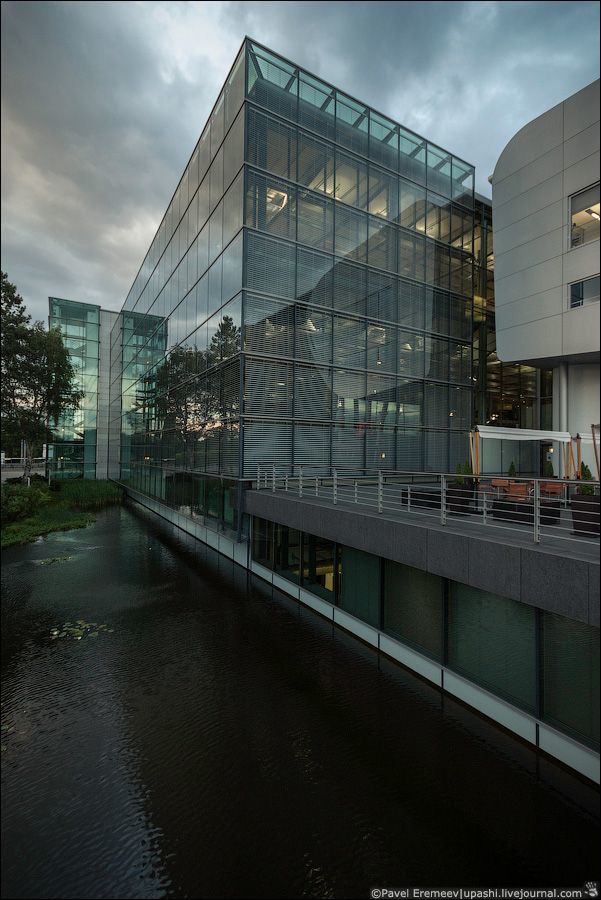 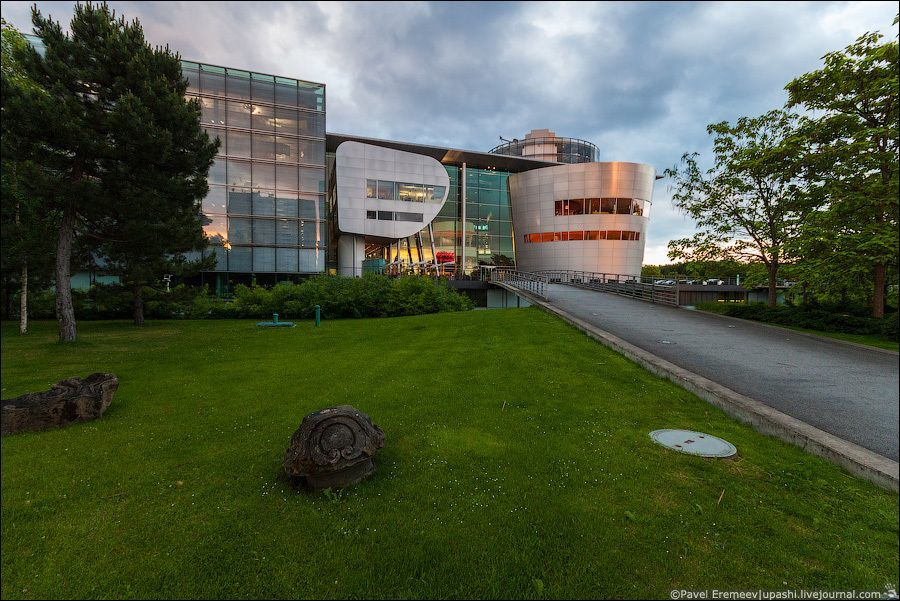 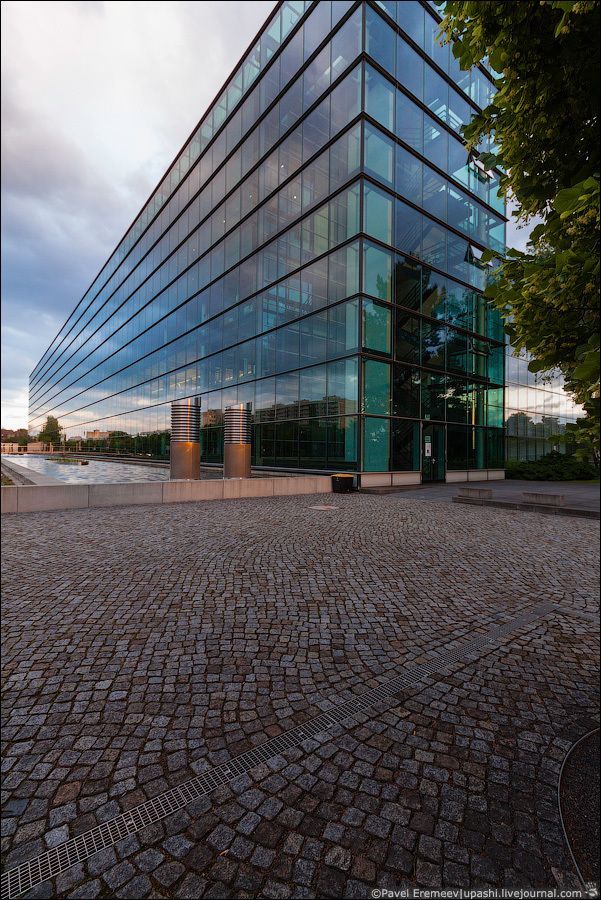 A couple of the plant species with fading sun. 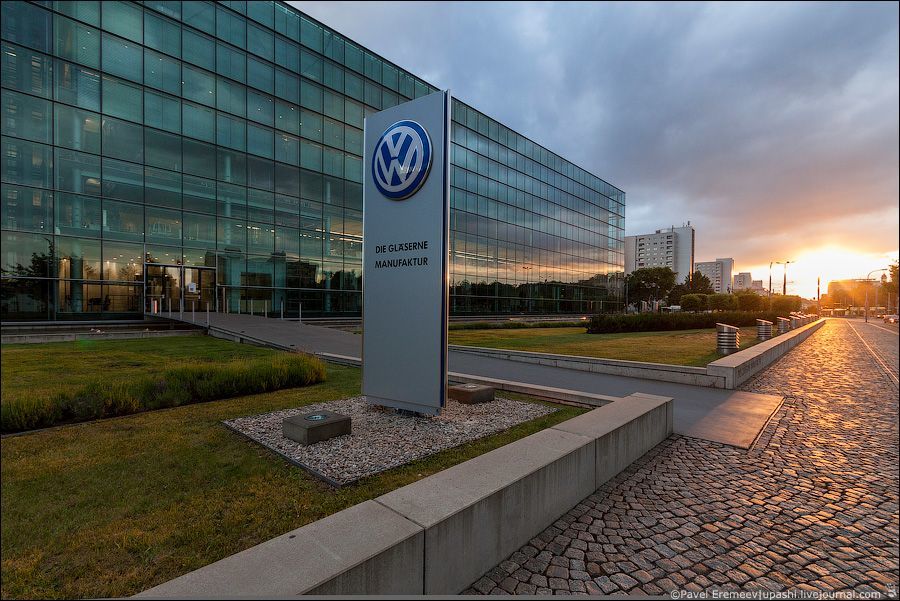 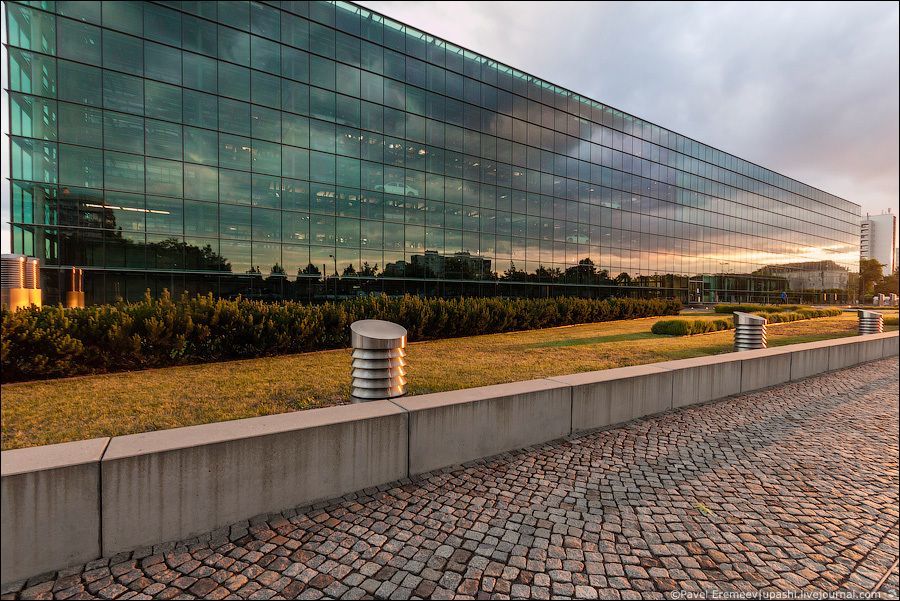 The plant is located on the territory of the wonderful "big park" in which there is not a large castle, the railway. To this we admire in the next time.
And even near the plant has a museum of hygiene, it is a pity that it is impossible to photograph, there is something to see :)