AdBlock detected. Site operation may be disrupted due to running AdBlock. Please disable it for this site.
Home Stories Czech

1. Bohemian Switzerland (Czech. Ceske Svycarsko, it. Bohmische Schweiz) - The Czech part of the Elbe Sandstone Mountains, which are called in the German part of the Saxon Switzerland.
This area of North Bohemia is located on the upper reaches of the river Elbe near Decin. 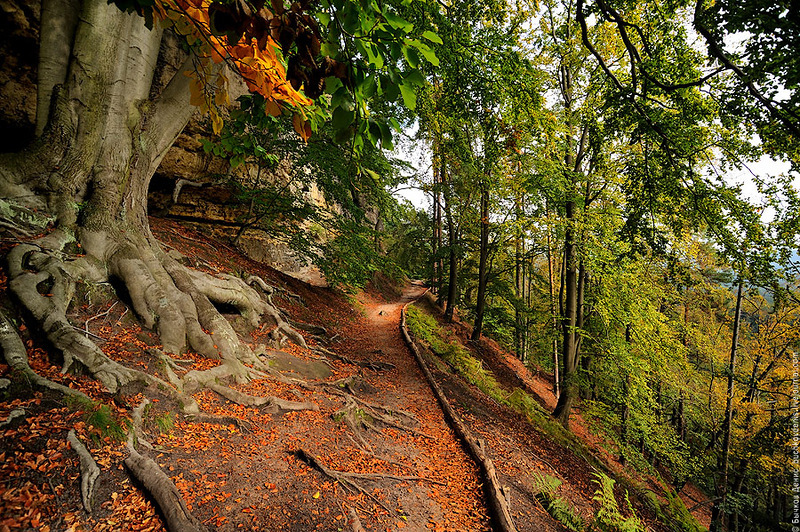 2. White photo shows our route.
Before the trip, I crawled a huge number of forums and sites with a description of this place, but it's better in my www.cztour.cz/ru no, lucidly written and understandable. Routes trails, how to get from different cities and so on. This is not advertising.
By the numbers designate the places about which will be the most photos. 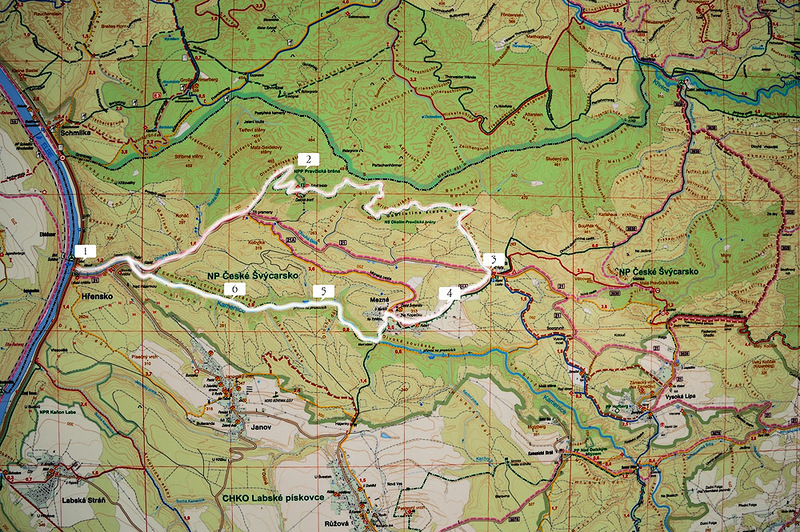 Photo 3. In Prague advance ticket was purchased to Decin, and then a taxi we have taken to Hrzhensko where we went walking along our route. 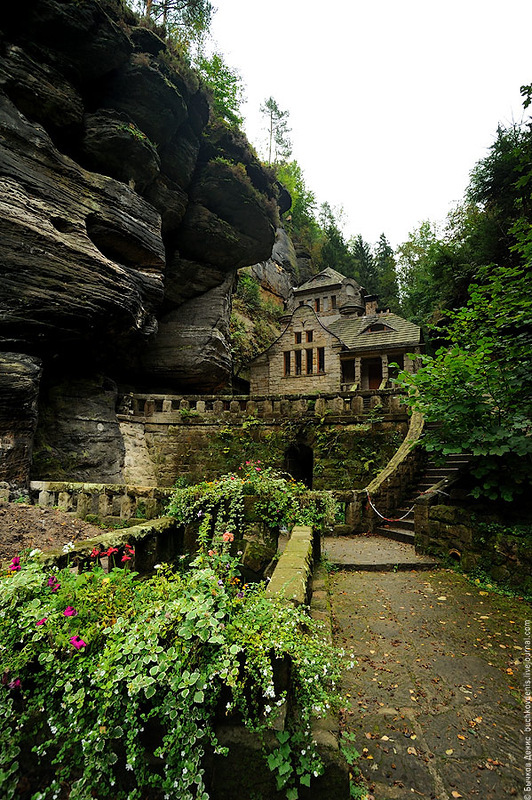 Photo 4. Start the way, we did not know what lies ahead. 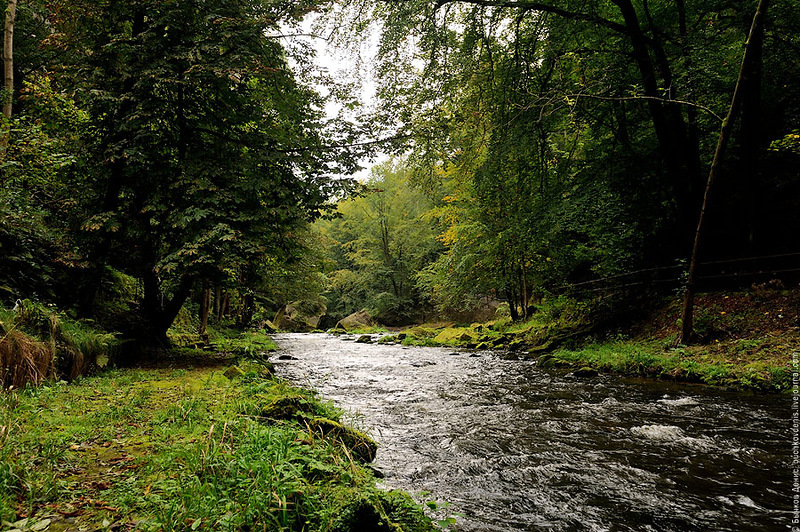 Photo 5. On foot, we went from the Hrzhensko, past the market, on the pavement and hit the woods. 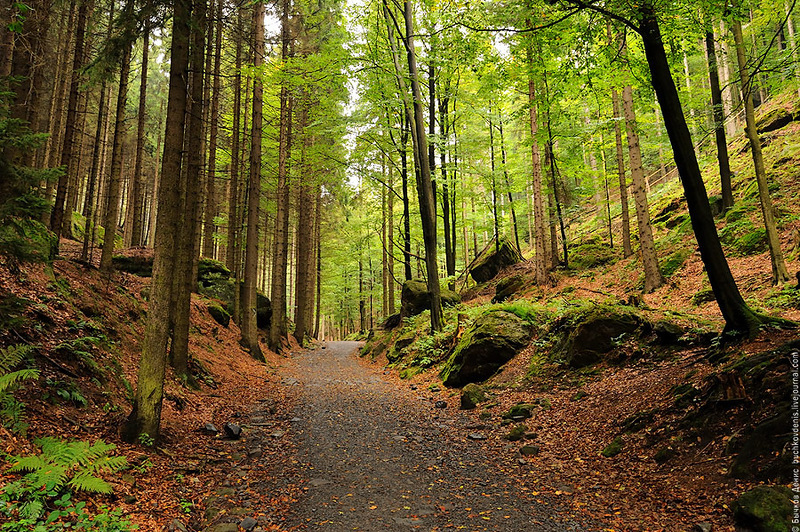 Photo 6. The people or anyone, dead silence. Decided that it is not going there. 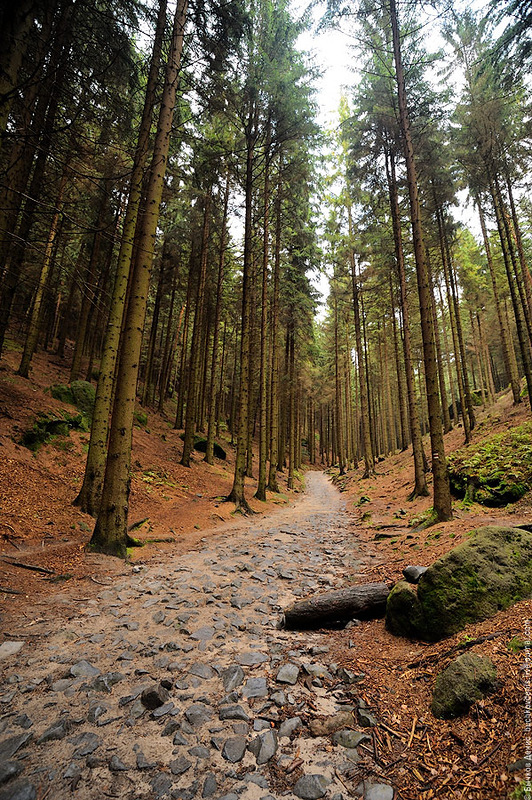 Photo 7. Then we caught up with what some tourists and heart became calmer, then go right. 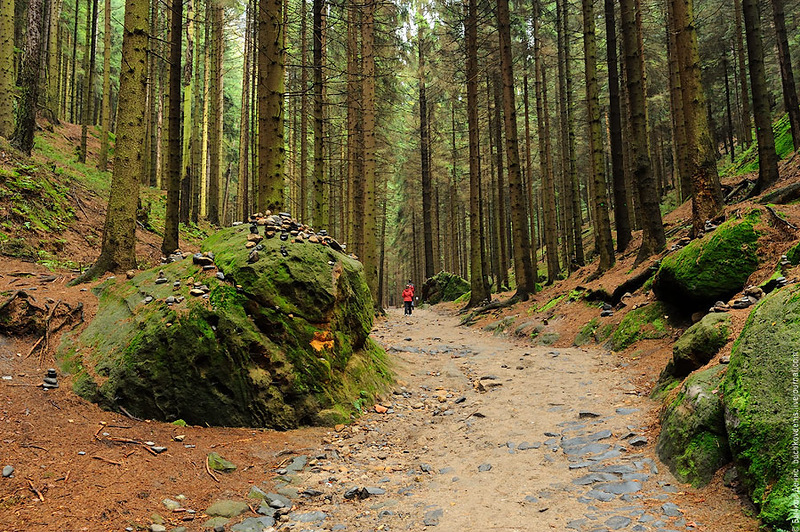 Photo 8. Going uphill was difficult enough, not all were equipped with such here railing. 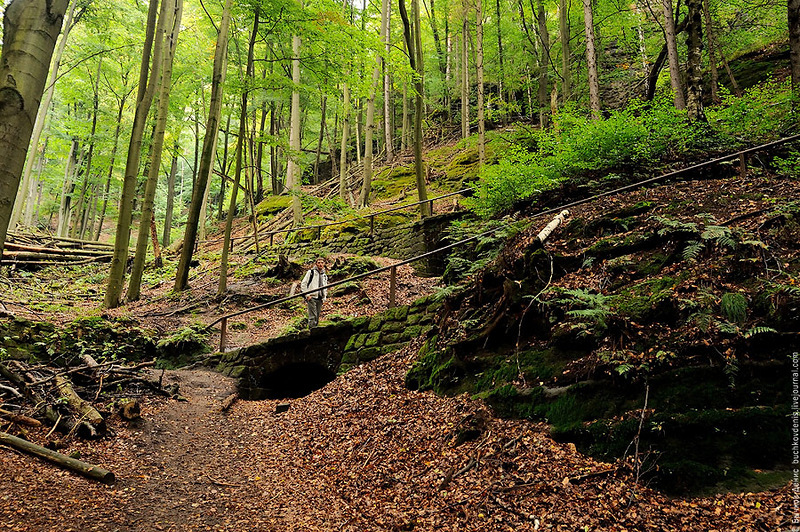 Photo 9. Item 2 on the map. Pravčická gate is in place since time immemorial. They are the result of millions of years of weathering on less resistant parts of solid rock, formed by the old block Turonian sandstone. 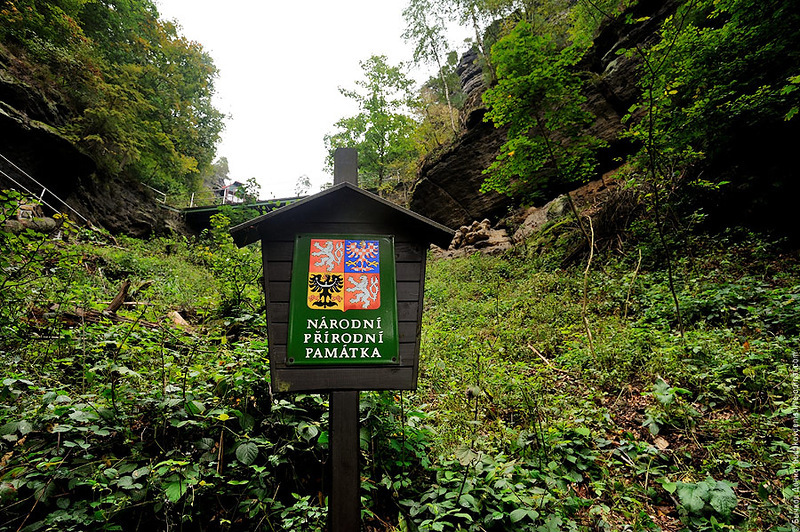 Photo 10. During the tourist beauties Pravčická gate opening at their base was a small chipped bark house that was used as a tavern. The road from Hřensko, called Pelagiensteig was paved by the end of the 70 years of XIX century and at the same time promenade trails to Mezní Louka. 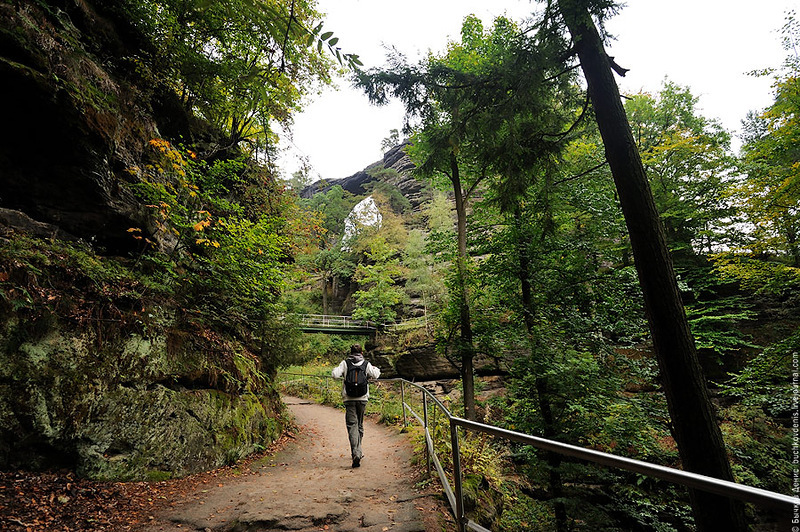 Photo 11. The first tourists were from the local dwellers and the nobility. Despite the fact that the road from Hřensko to Pravčická gate is only a few kilometers away, usually for a walk or hire a group of porters took donkeys.
By the way in the photo at the top left you can see the rope on him raise food for the cafe.

Photo 12. Pravchitsikie gate is the largest natural gate of the rock massif on our continent and a natural monument. They are considered the most beautiful natural form in Czech Switzerland and is the symbol of the whole region. 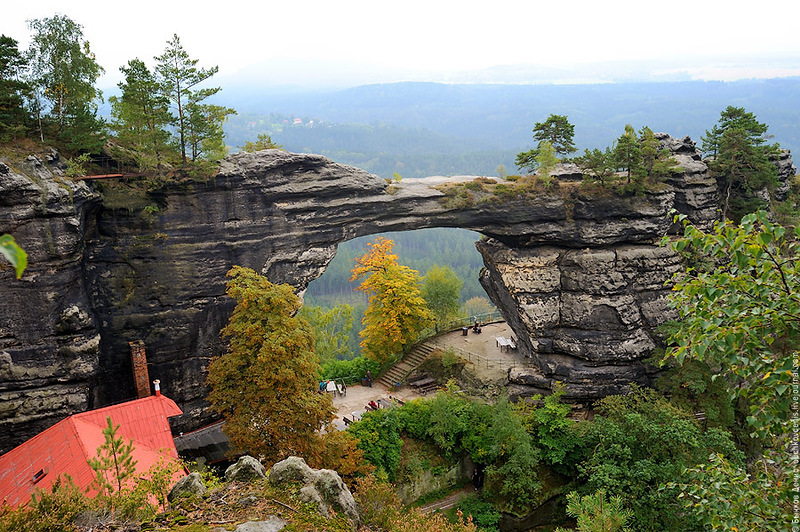 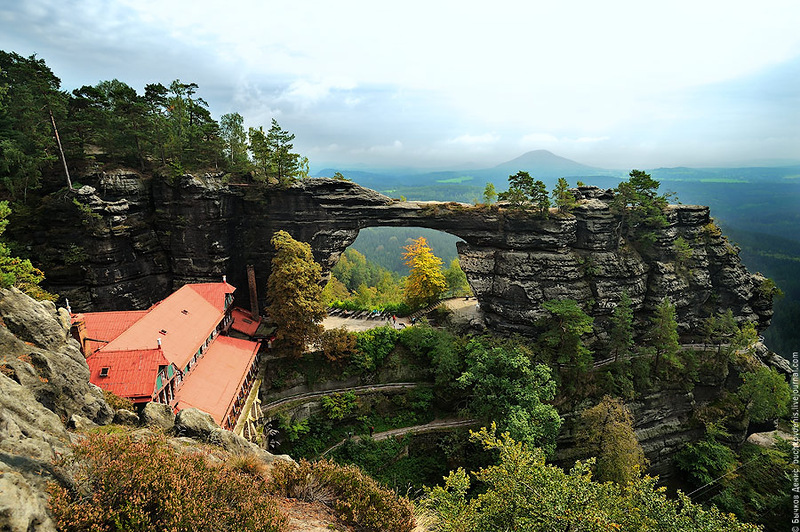 Photo 14. Paragraph 3 on the map. After Pravčická Branagh we quickly went down to Mezní Luka. Where to eat. A little digression, lifting the gate was a bit napryazhno, because it was the penultimate day of our vacation and we were enough for these days. When would climb to the gate there is a bunch of frolicking children, persons 20 years of 10-12, from which we then ran down to Mezní Luka that they should not prevent us to enjoy the views. 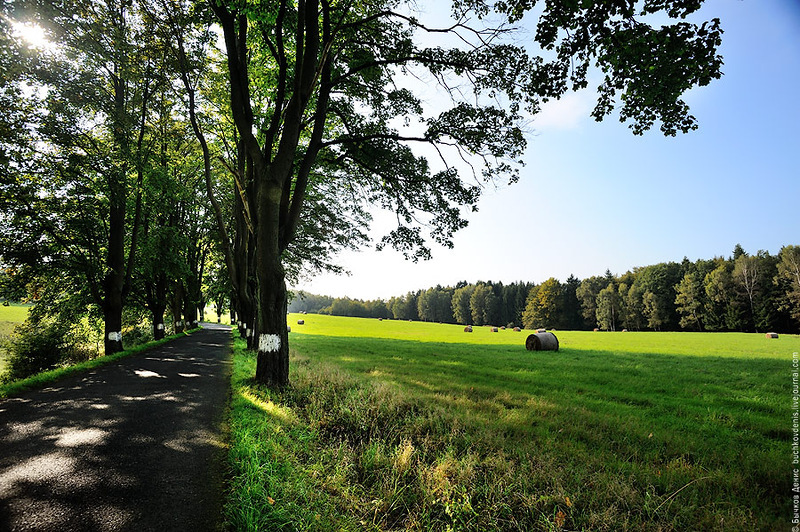 Photo 15. By the way in the park at the hotel, you can take a bike and take a ride on one of the bike trails. 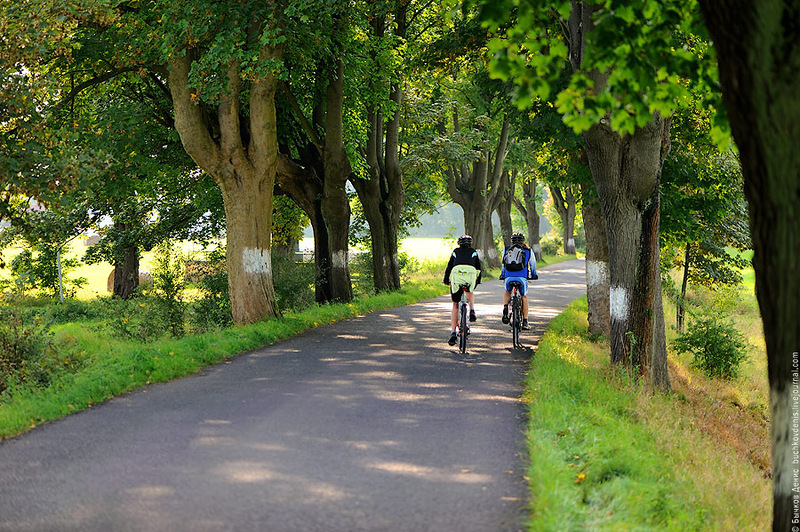 Photo 16. From Mezni Louka we went on foot to the Divoka souteska, although it was possible to get on the bus, which we did not know. But a walk down the road with beautiful views. 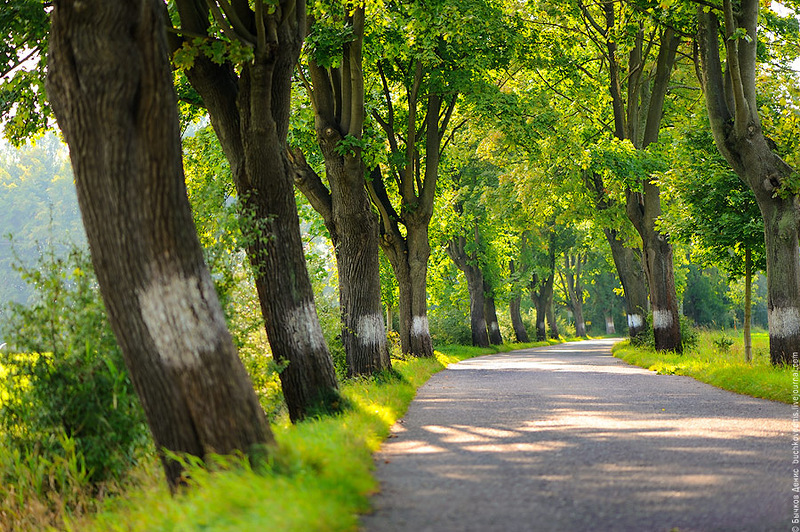 Photo 17. Well maybe in this house for a week to live.

18. Paragraph 4 photos on the map. Here we are in Divoka souteska. From here we begin the descent and the road to the place where tourists are fused by boat. 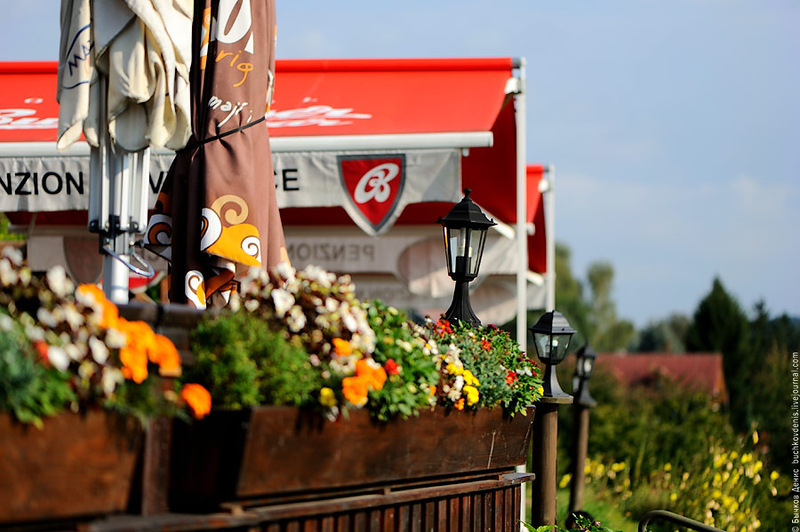 Photo 19. The road to the boat goes along the river, a few years ago there was then a place where boats were demolished, but the locals all restored. 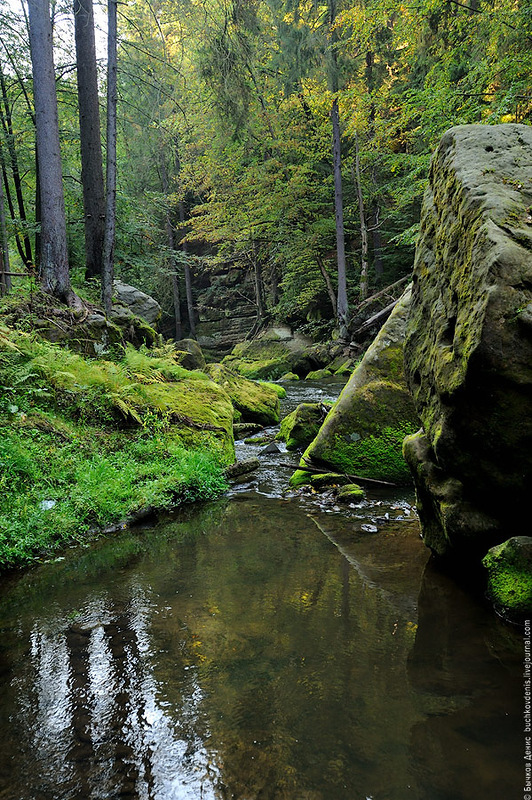 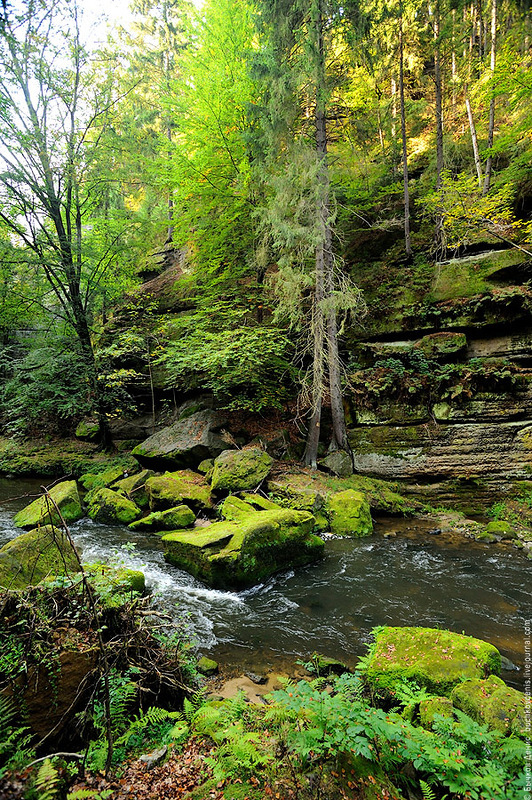 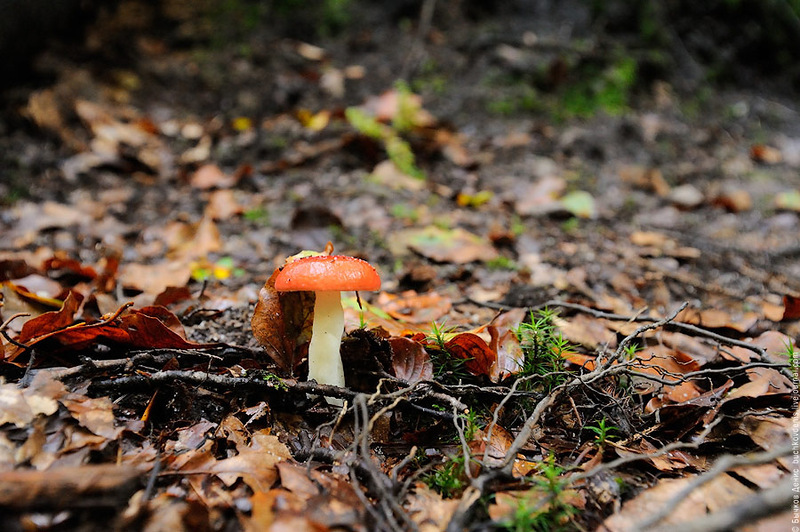 Photo 22. Almost footage from Lord of the Rings. 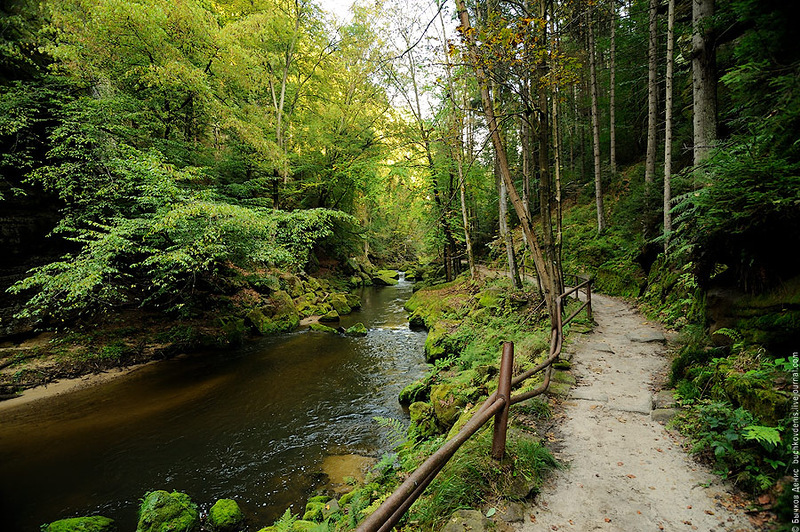 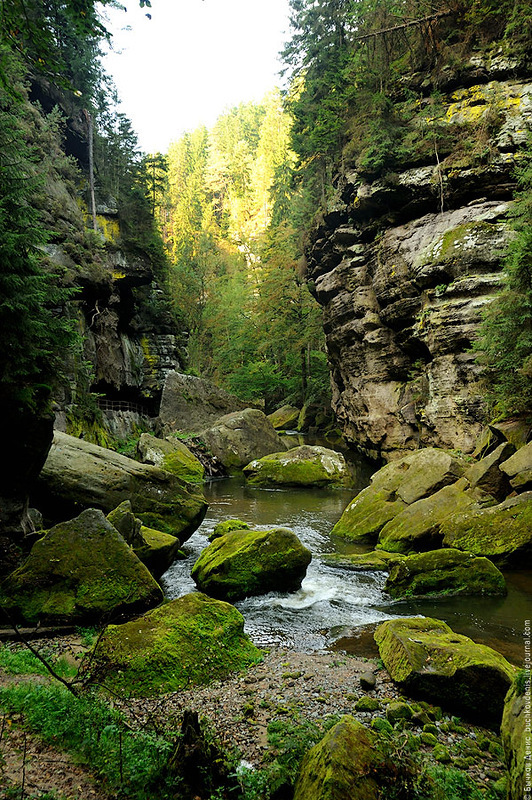 Photo 24. Item 5 on the map. This is the place where tourists go boating. Local downstream dammed pond to make just such a quiet backwater. 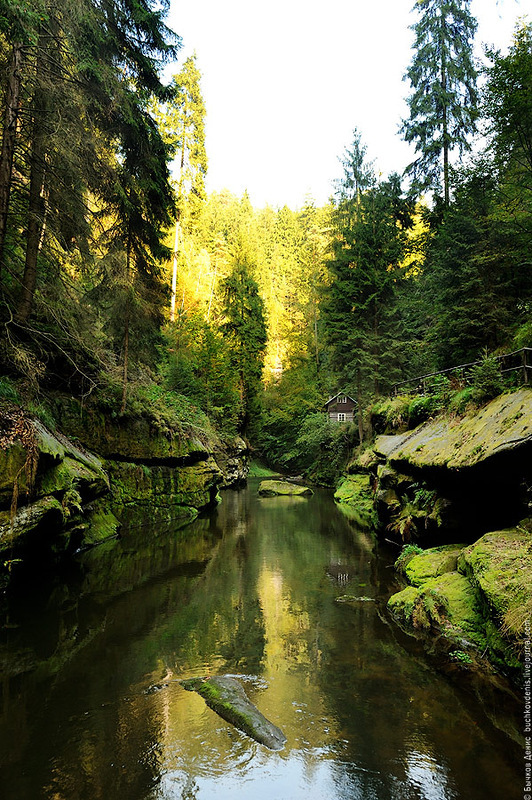 Photo 25. A crowd of Germans with whom we sailed right and our boatman cap.
When we got into the boat boatman began to speak "Sprechen Sie Deutsch?", All Germans raised their hands together, and we sit silent, he again "Do you speak English ? ", we again silent. He "Russian?", We let his head wagging, he "I know only 2 words, mother-in-law and soul." As a result, he told us in English, and the Germans in German. Offered to come in a month, because they will play Lady Gaga, and he will conduct the orchestra. Generally a very cool guy, when floated by another group to meet us, offered to play another boater. Especially for me 2 times included a waterfall, but the Germans and the curves hands prevented me to make a normal shot. 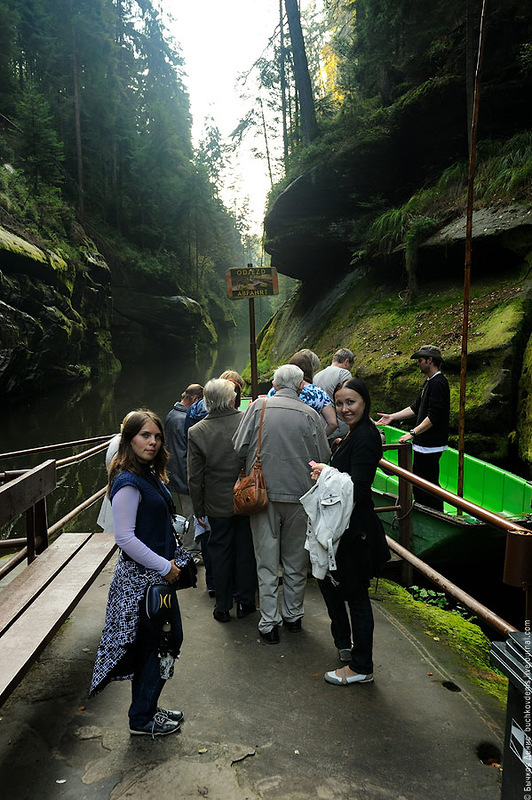 Photo 26. On the way there are waterfalls, dragons and other creatures. Ichthyander even say somewhere near swimming. 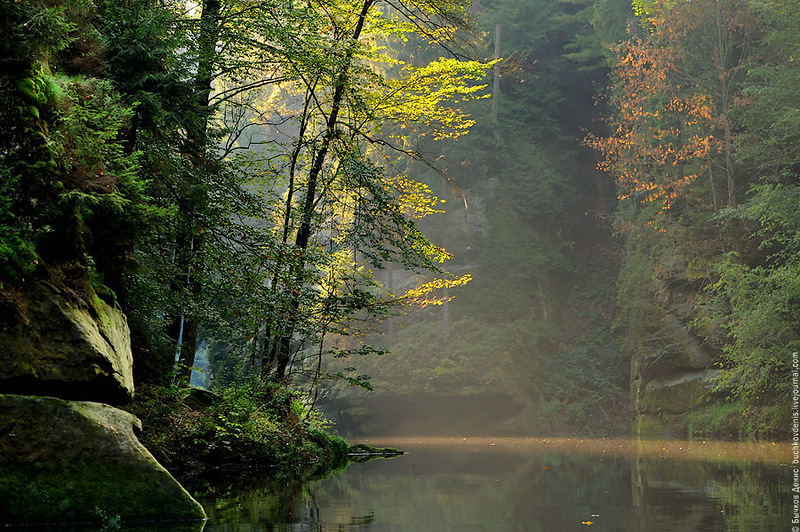 Photo 27. After the rafting boat we went on foot to the bus, or rather ran. 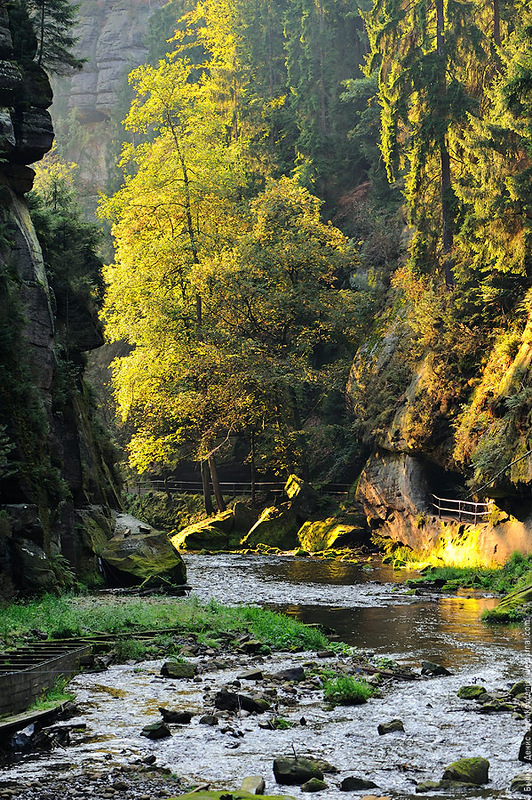 Photo 28. Well, that's how it turned out messy, write a lot of text, I never knew how, even better pictures tell all. 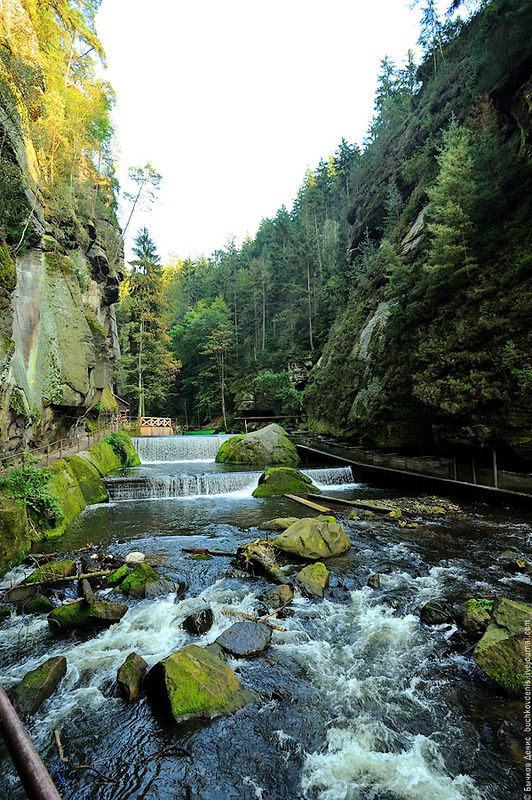