AdBlock detected. Site operation may be disrupted due to running AdBlock. Please disable it for this site.
Home Stories Canada

Canada - America with a human face

Last year I visited the fourth time in North America, this time including the second largest country in the world - Canada. Although I was only in the major cities and the hinterland of Canada did not see an overview of this country, I can well do. 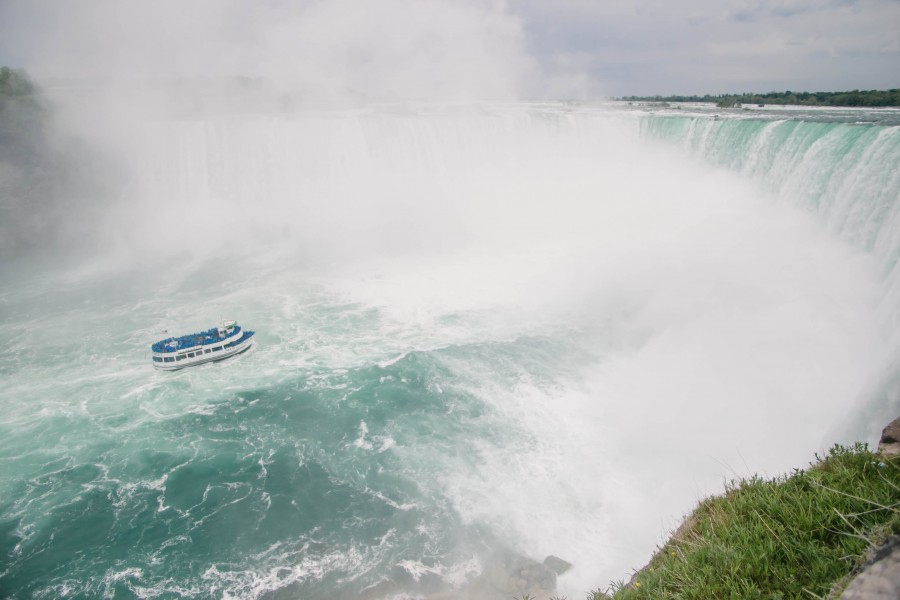 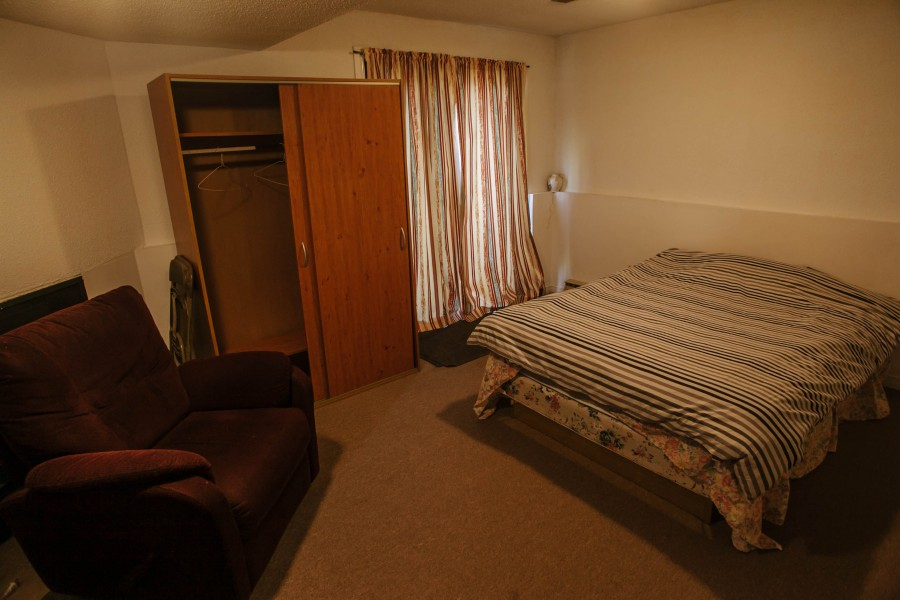 Vehicles
I was in the most populated parts of the country, so the problems with public transport experienced. In general, Canada big country, a big part of it populated by little, and there can only move on the machine, and in the far north only by plane.
Flights within Canada are not particularly cheap, usually more expensive than flights of similar distance south of the border. No loukost. But, of course, to move over long distances is much cheaper flights land transport. In principle, build marshrutets of several types of flights Toronto-Winnipeg-Calgary-Vancouver the price is quite godly.
Trains in principle there across the country from the Pacific to the Atlantic, but they are expensive. I end up on a train has never passed, even though he was at all major railway stations (except Ottawa), koi look traditionally monumental. Intercity trains also amusing form: 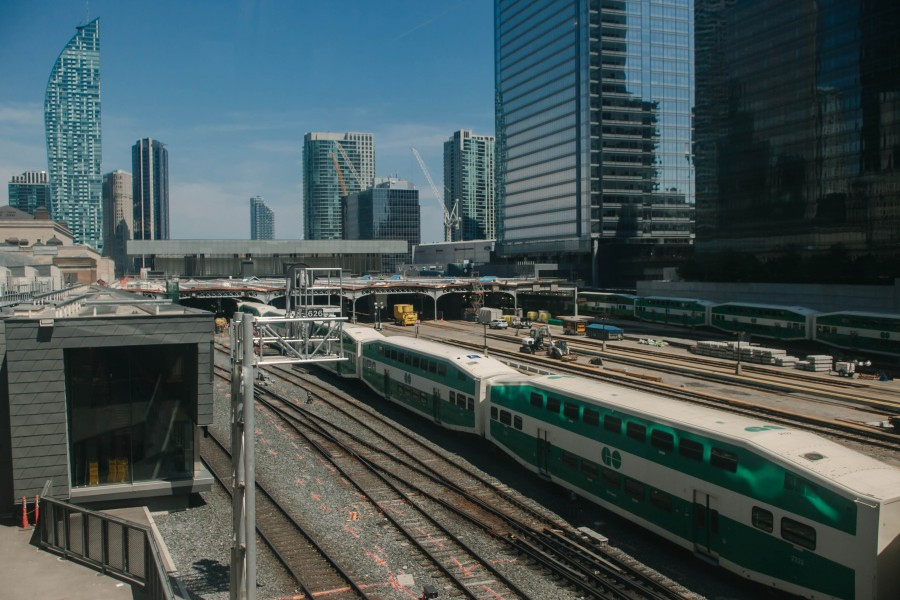 Trains are a half to two times more expensive than buses, and they also have to buy tickets in advance via the Internet, or even overpay twice.
Intercity buses run regularly between the major cities outside Quebec area - Niagara Falls them becomes much smaller. In the Atlantic provinces the message more or less, to the west of Toronto - a little, there is too great a distance. Vancouver regular bus services across the border in Seattle. I traveled mostly on Greyhound buses. In Quebec, they serve only to Montreal, then to Quebec city buses "Orleans Express". There are many familiar Megabus rasprodazhnymi with cheap tickets, but the route from Montreal to Toronto misses Ottawa that does not suit me, and Niagara Falls have the price was the same as in the Greyhound.
Sample prices for comparison. Montreal-Quebec by bus costs about 27 CAD one way, to go three o'clock (250 kilometers). The train in the same direction is worth more than CAD 100 at the box office, on the Internet if the advance is about 35 CAD (per month) or 57 CAD (per week). In general, the bus turns a normal price, how about the price of travel in Italy or Spain.
At Greyhound, I pay the price: Montreal-Ottawa 27 CAD, Ottawa-Toronto 46 CAD, the Toronto-Niagara Falls 16 CAD, the Seattle-Vancouver round-trip 41 USD.
In urban public transport standard stands 3-3.50 CAD area, that is quite expensive. But there is salvation day travel. In Montreal, I paid CAD 10 per 24 hours, but it is a way from the airport, if only in the city, it is cheaper. In Toronto, a ticket for the calendar day worth 12.50 CAD. Vancouver 10 CAD. In these three cities, the normal subway system a few lines can be a good ride. In Quebec, there is only a bus, I bought two single tickets for the product range CAD 3, to go to the waterfalls, but day ticket there too, in principle. In Ottawa, the most expensive bus fare - 3.50 CAD. In all these cities, public transportation is quite convenient, even buses quite a usable. For example, in Toronto, in the area where I lived, which consisted mostly of single-storey private houses, 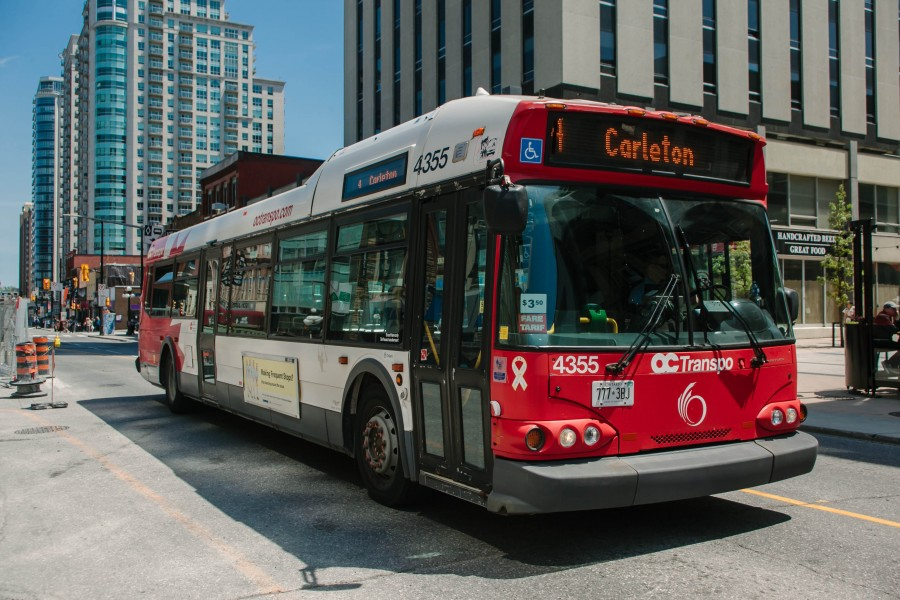 Food
Specialties Canada - sauce "poutine" and the maple syrup. Putin is a sauce for french fries, it is served even in any McDonalds, you can also buy in the store.
I have the impression that in the major cities in Canada, a large supermarket within walking distance, than in the US, at least I never had to go for a meal on the subway across town. The range in supermarkets is quite good, about this, perhaps, is to make a separate review post. Prices are much higher than in Russia, plus virtually no sales of shares and (in the best case to throw 20 percent).
For example, the food in the photo in the amount worth 22 Canadian dollars. Meat is not expensive, like in Russia, but such eggs cost $ 3 (here, they are sold in packs of 12 pieces). And the same amount of ice cream cost of the bank, I could not resist to buy. A pasta cheapest I got for $ 2 500 grams. 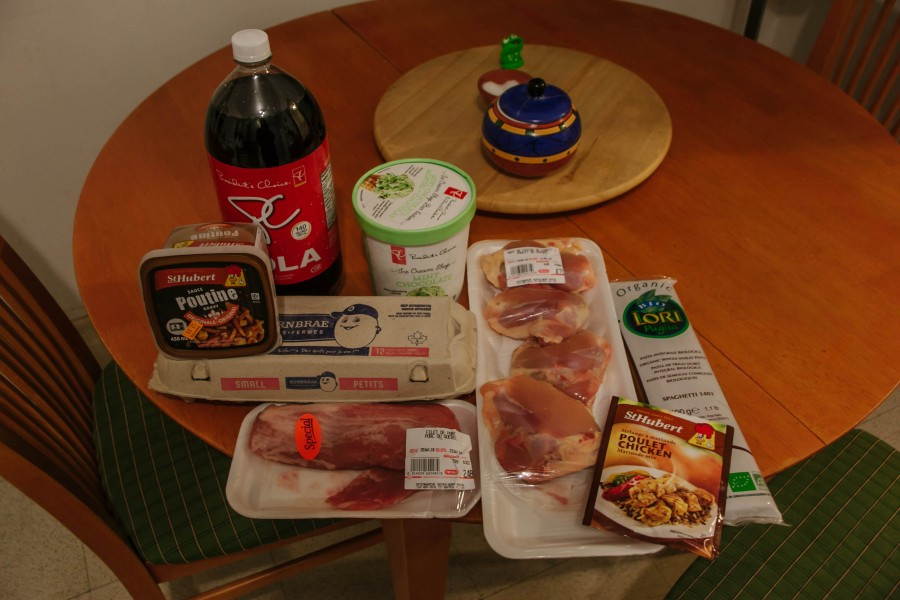 As for restaurants, I in them almost did not go, using instead of the full skill of cooking that in North America, save a lot of money. Eat at McDonalds is not particularly cheap, 8-9 CAD over the menu.
The only restaurant where I went - Japanese buffet in Vancouver (called Shabusen). CAD 17 per day where you can get unlimited amount of land than I used to eat properly. 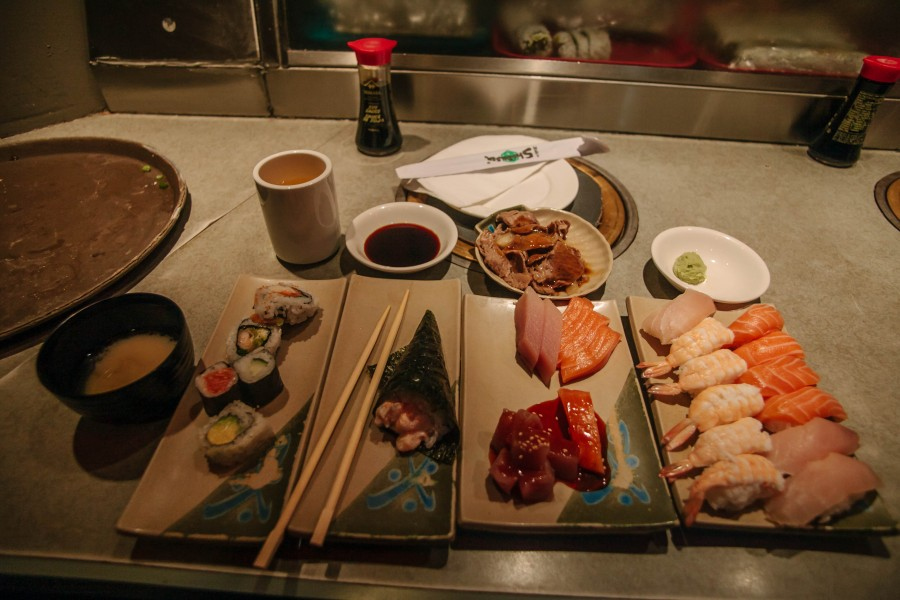 Internet
Internet in Canada is expensive, even the guidebooks recommend to buy a sim card in the US, if you are traveling from the south. One gigabyte costs $ 30. I enjoyed Simcoe Dreams - it MBs charging, one gigabyte in Canada costs 35 euros, so I'm not particularly scatter traffic.
What to see
Canada, like Russia, is large, but sparsely populated, and most of the territory in the far north, where even almost no roads. For the life of this country is more humane than America - here in Europe universal free medical care, all sorts of social sphere. The whole infrastructure is much closer to the familiar us to Europe, especially in French-speaking Quebec. Yet here is more loyal than in the United States, an immigration policy that is clearly seen on the population of Toronto and Vancouver.
Walk summarized by region:
Quebec - region, where they speak French. I came here in a big exciting city of Montreal, with the old center and the skyscrapers. 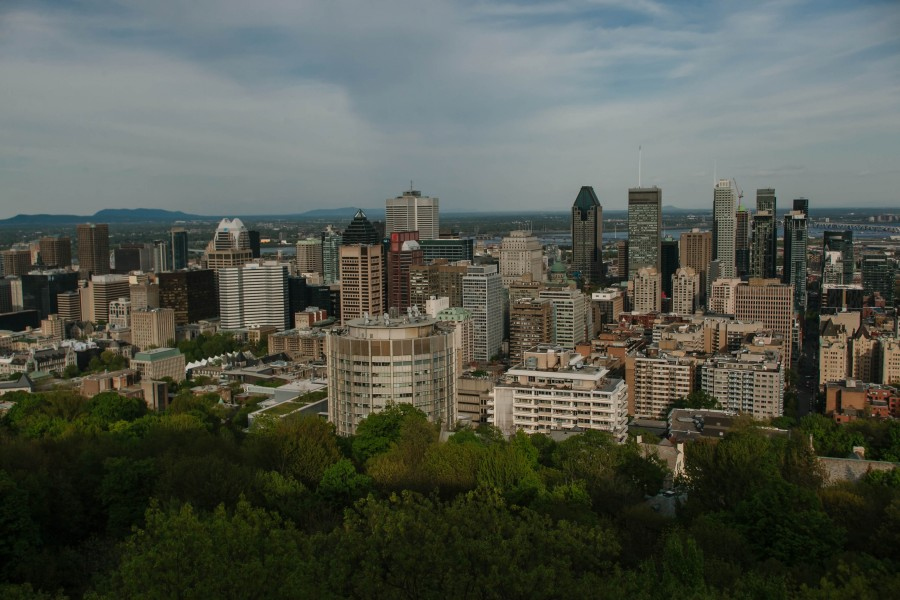 Also interesting is the old capital city of Québec - probably from all the cities to the north of Mexico, it is most like a medieval European town. In addition, Quebec extends still pretty far north. 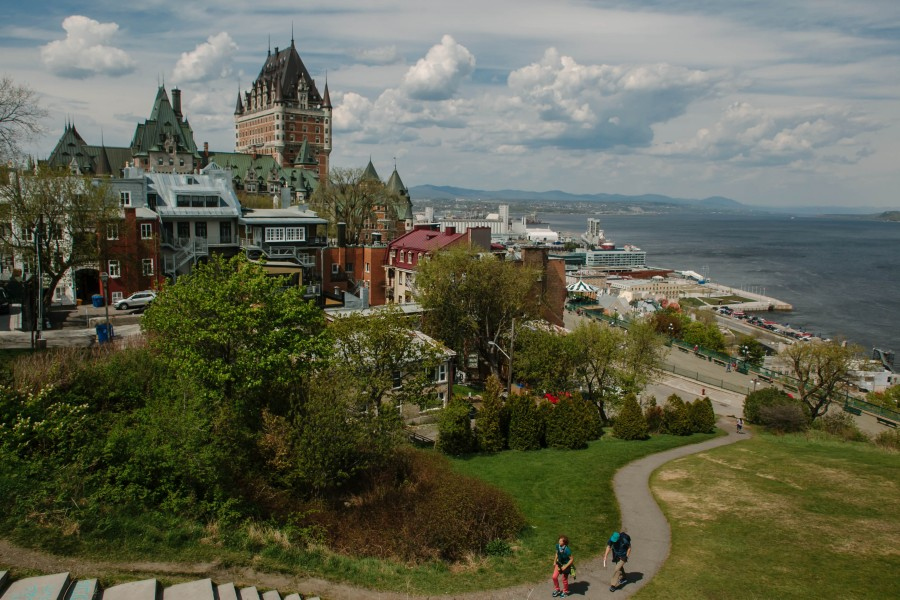 Atlantic provinces - to the east of Quebec three small staff, and close from there the island of Newfoundland. Probably, if I come again to Canada and will be on the car, I go to this area, there must be a lot of beautiful Nordic scenery, on the other side of the Atlantic in Ireland and Scandinavia.
Ontario. Here is the largest city of Toronto - a typical North American metropolis with skyscrapers and the private sector. 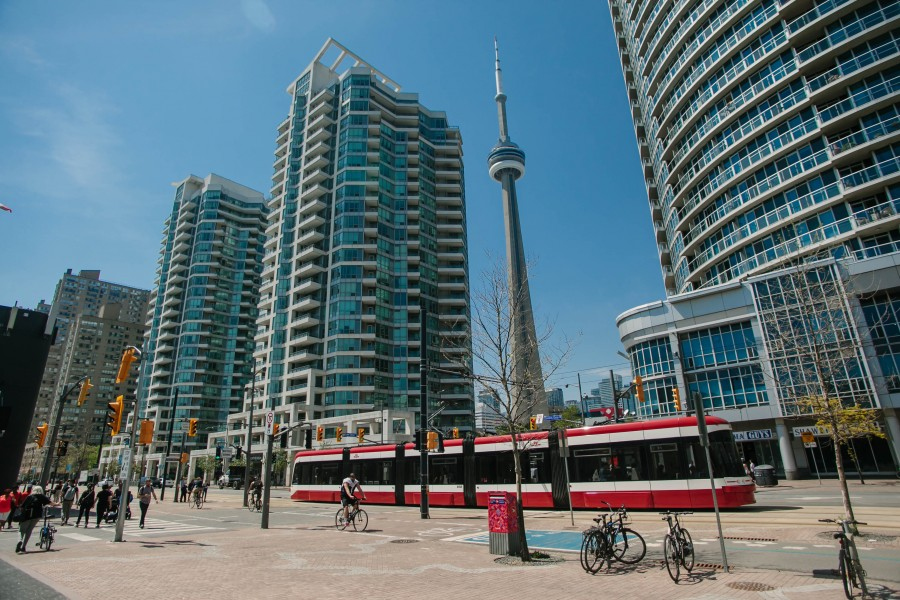 And also the nation's capital of Ottawa - right on the border with Quebec. 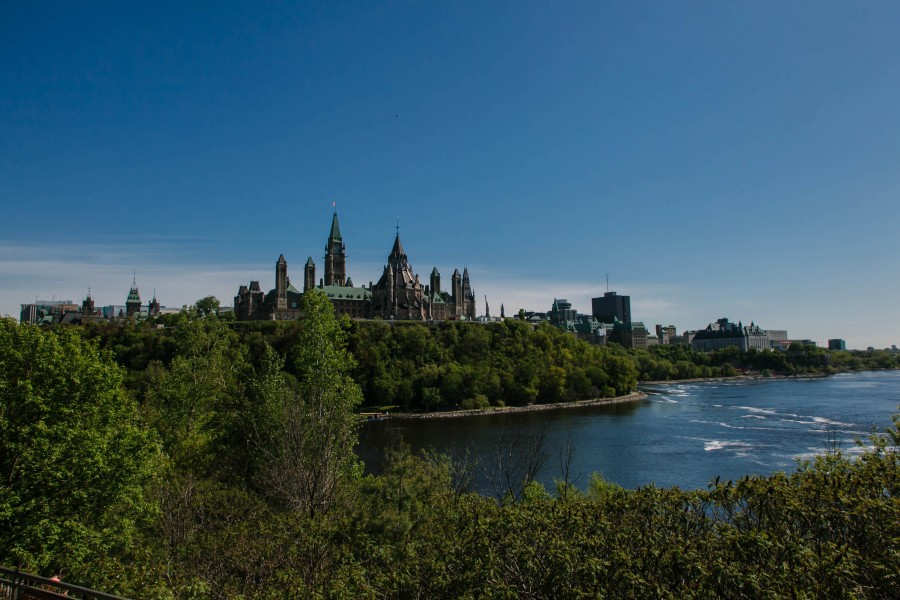 In a couple of hours drive from Toronto to the US border are Niagara Falls - with a huge margin the most visited place in Canada in which Canada and ends for many tourists. 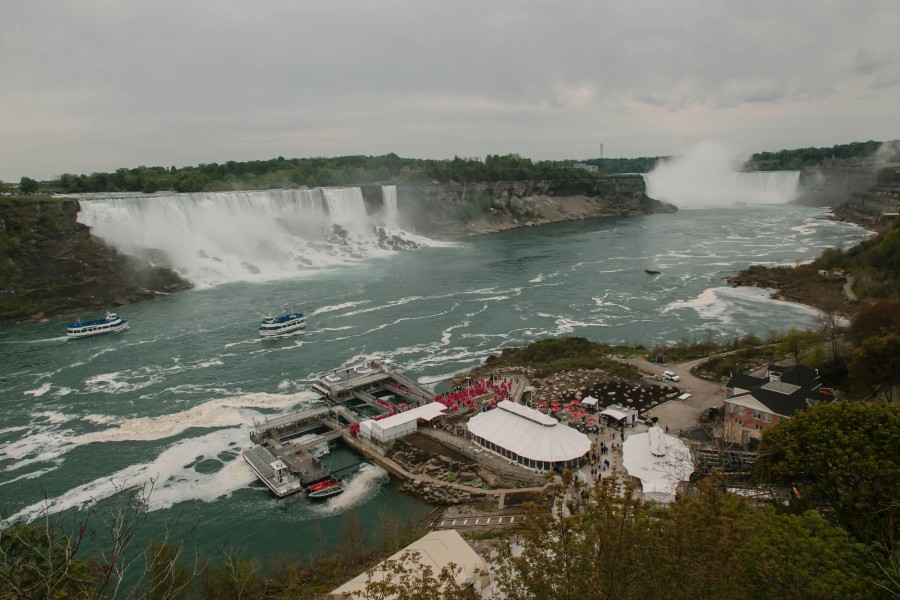 Prairie - west of Ontario and beyond Manitoba, Saskatchewan. Not rich in sights of the region, however, as US states south of the border at these locations.
Alberta - are the prairie ends and begins the Rocky Mountains, you can visit two of the most famous national parks in Canada - Banff and Jasper. Very desirable car.
British Columbia - a mountainous region on the Pacific coast. There is a large city of Vancouver, as well as ski resorts, where prices are so fierce that the resorts in Switzerland you will seem cheap. 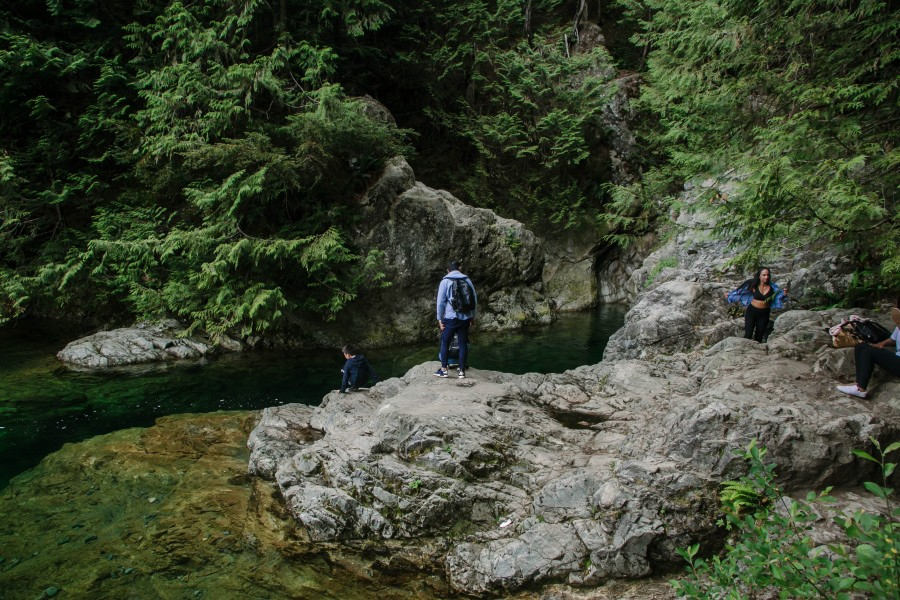 Far north - three huge province, where there are almost no people and roads. You can drive to the Yukon on the way to Alaska, and the Arctic islands can only be reached by plane.
in total

On the sum of trip was not cheap. For about 25 days in Iceland, Canada and the US, I spent about $ 2,700, of which more than 60% of the cost transport: flights, buses, and another 30% cost housing (an average of $ 30 per day, by the standards of the continent's budget - like in Western Europe). Cost of food went funny because I'm ready - $ 5 a day is enough for a constant power supply good caruncle. From $ 60 to restaurants half - two sushi dinner in Vancouver.
If you select separately Canada, something like this look like spending 7 days in the eastern part of the country (two days are not taken into account in Vancouver) 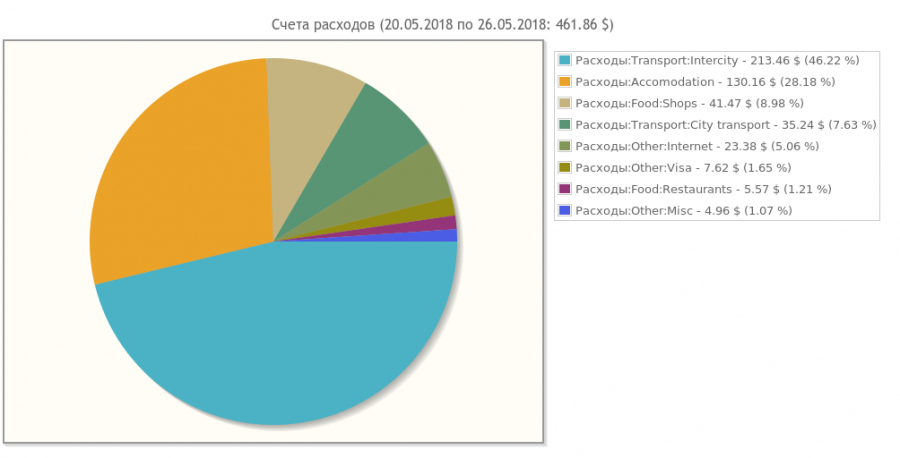 It is representatively - more than half of travel (bus only), 30% for housing.