AdBlock detected. Site operation may be disrupted due to running AdBlock. Please disable it for this site.
Home Stories Brazil

The first acquaintance with Rio

This acquaintance began in the first place from the ocean. That's like you could not tell that this ocean is our first, because we have already seen a piece of the Indian Ocean in India and Bali, and the edge of the Pacific - on the east coast of the Philippine island of Luzon. But after a face to face with the Atlantic - all other immediately seem like his younger brother .. Rapid, icy and menacing - here it is, a real ocean! But as the light whitecaps on the waves and how it poured its rays spray when the sun comes out ... 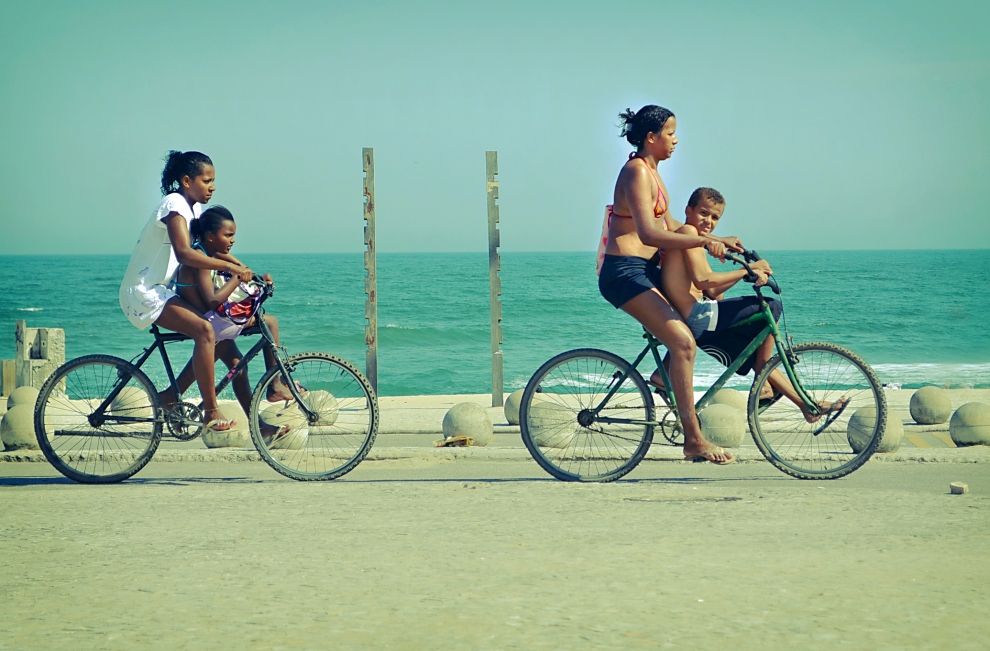 After the airport São Paulo, six hours of bus moving on the roads along the green fields and forests, bustle bus station in Rio, frenzied ride on the half-lit quarters and walk the streets at night suburban town in search of the coveted Recreo hostel .. we woke up in the morning, had breakfast with hot sandwiches, bananas and Brazilian coffee - and went to the ocean. And then came the understanding - we do in Brazil !! 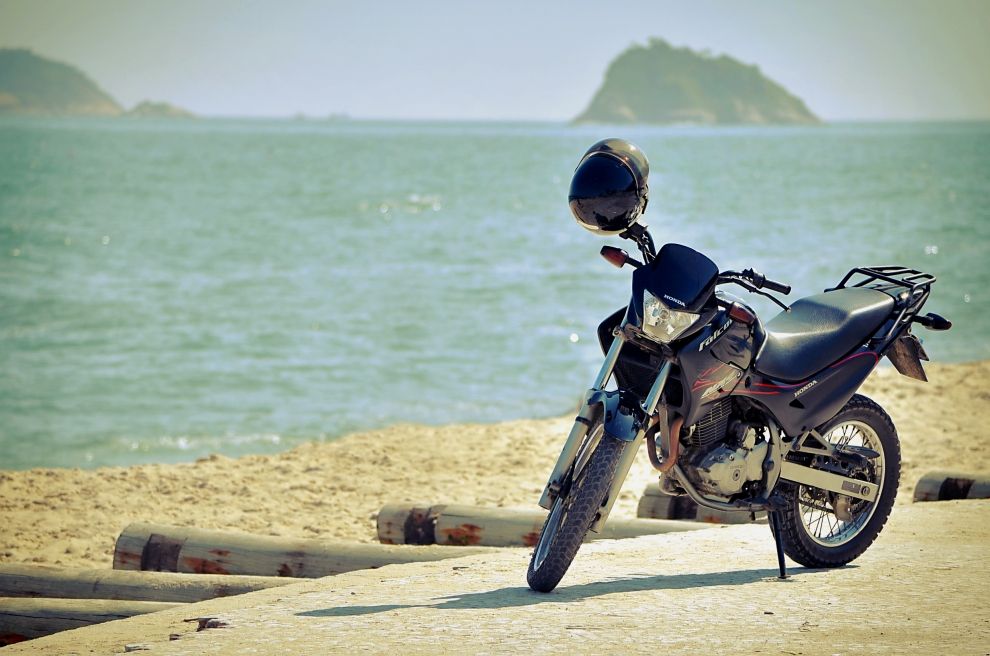 And yet nothing has cleared, not ustakanilos and sort through .. and it remains confused and strange feeling - "we have in Brazil" .. And this means that we are surrounded by representatives of transport, which plied the roads of the world not a dozen years ago! In Brazil, these old men vengeance alive and well! ;) 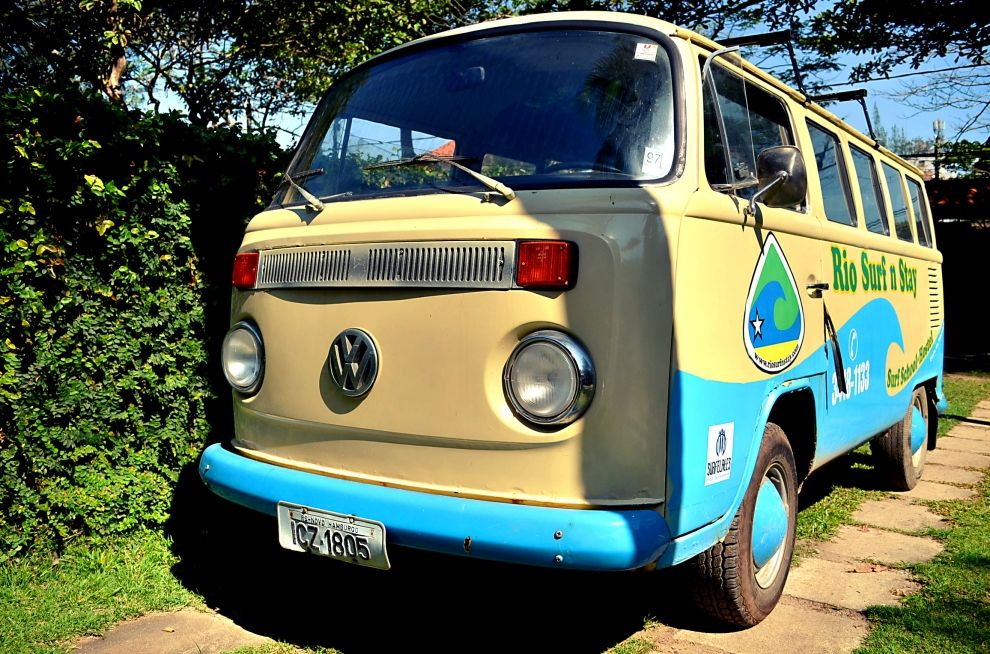 Especially in high esteem here a variety of "bugs" - different years of release and colors! That is such, for example, we met the very first day on the beach in Recreo .. 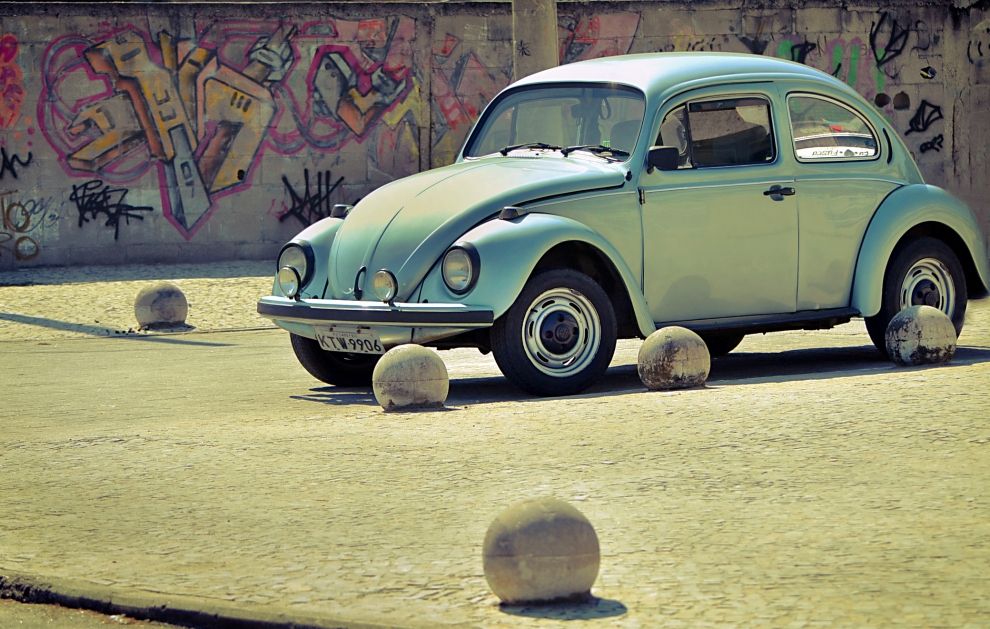 And yet, it means that we are surrounded by graffiti (of which, incidentally, is sure to be alone and a lot!). A feeling that Brazilians - as blank sheets of paper - using any surface, even a little adapted for self-expression! 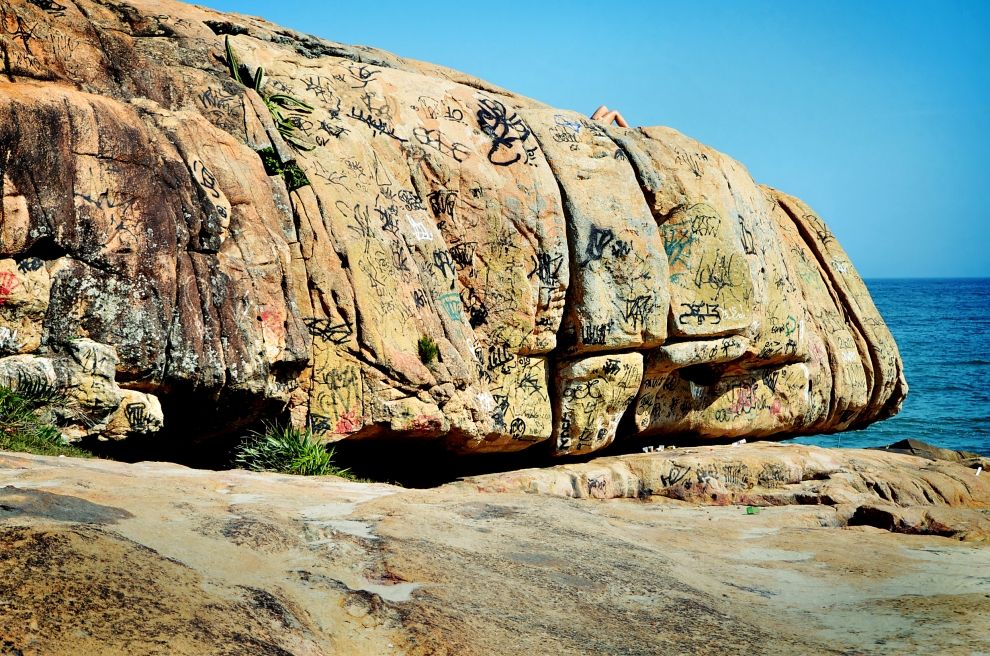 Moreover, the magnitude of the surface did not scare them, and do not confuse! ;) 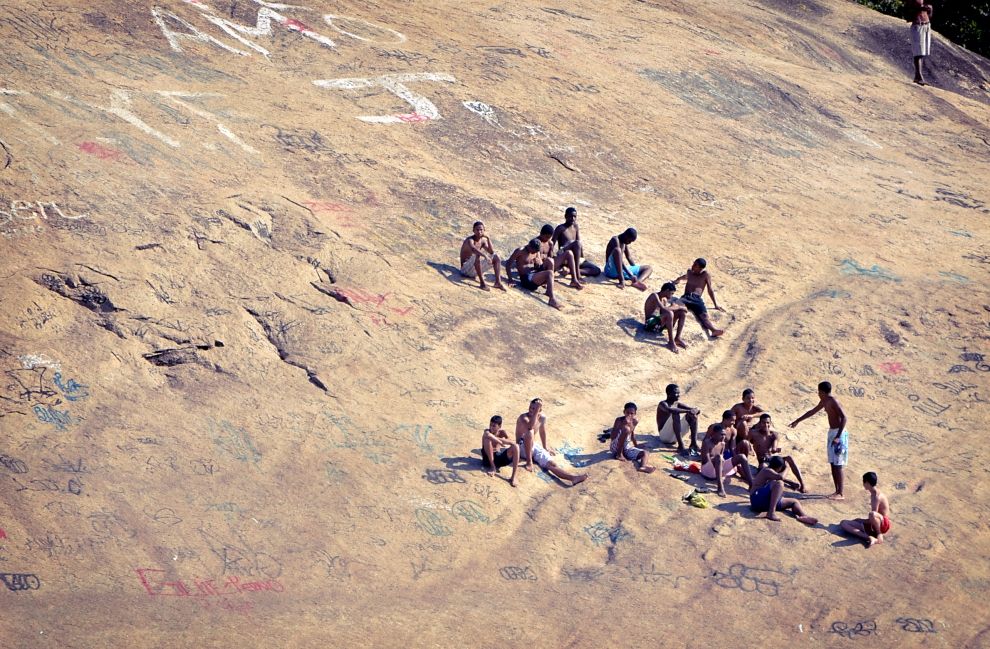 And - of course, people !! This is not Asia, and not Asians, to which we have grown accustomed so .. It's dark, strong guys who love coffee and football - your body! 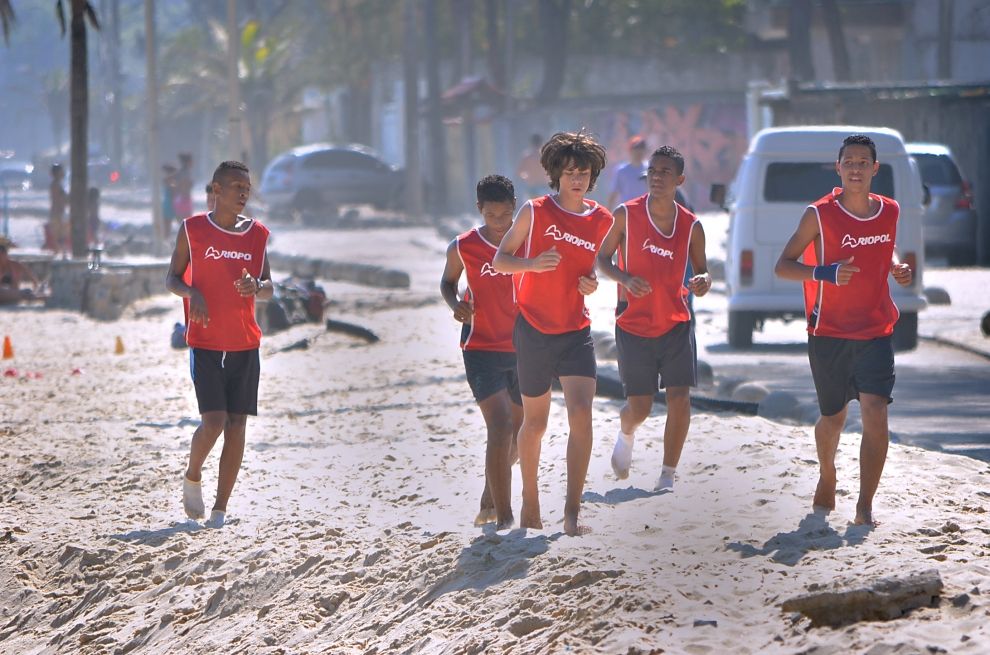 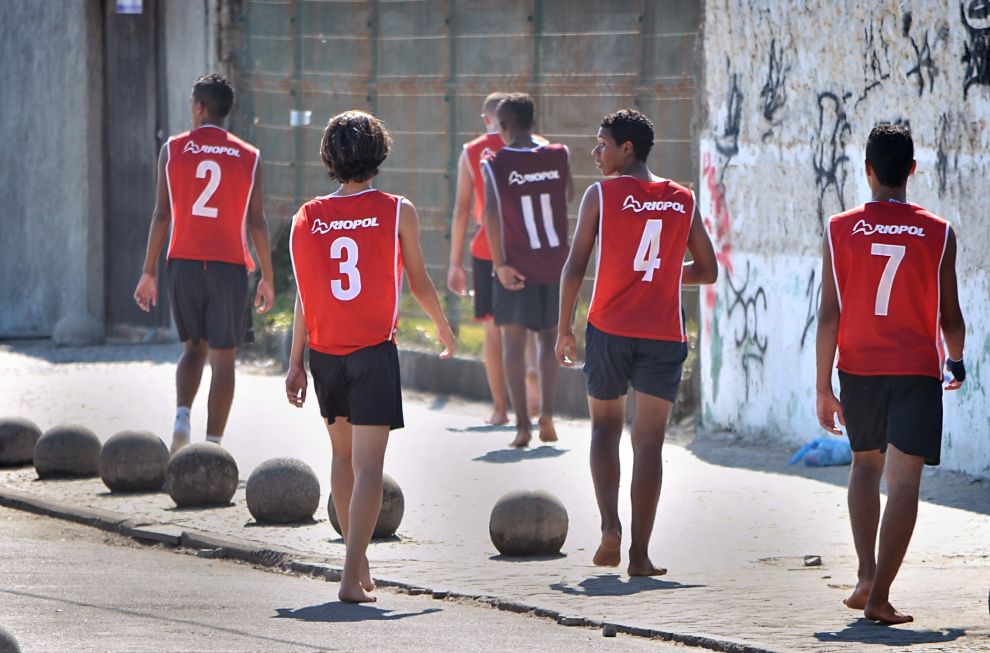 We admire these people, these individuals, this mimicry - infinitely admired .. eyes, facial expressions, determination in every line and in the depths of the pupil .. 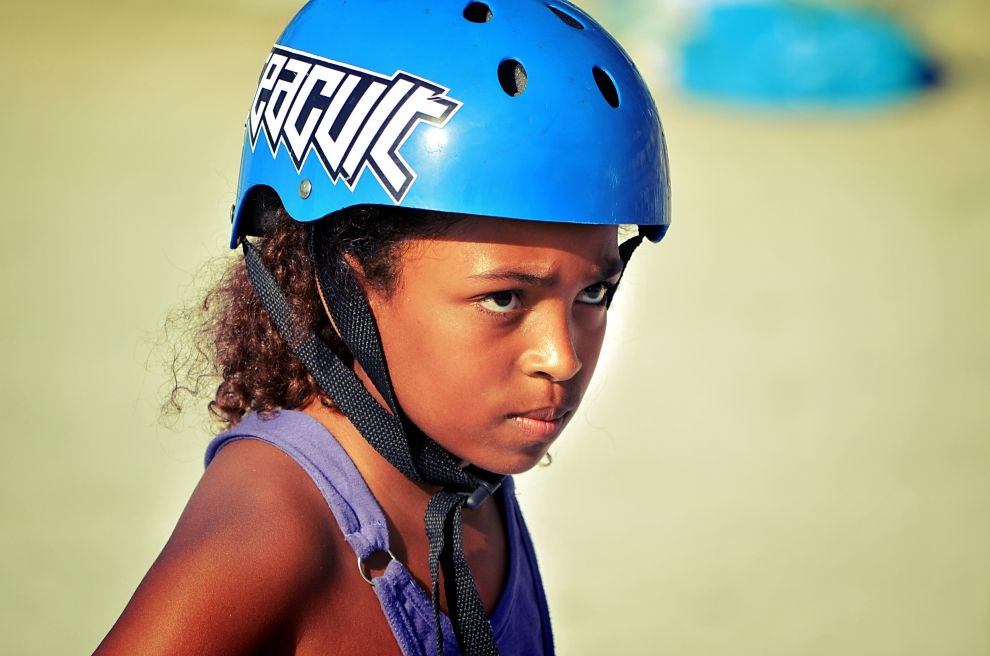 And most importantly - there is so difficult to identify some characteristic - Brazilian - face! Different features, different shades of skin, eyes and hair, different nationalities .. It's so easy to look her - most importantly, to put themselves confident look and learn Portuguese! ;)

And yet - the walls, windows and doors .. They look at you from all sides, something tells something elicit .. And some - just silently and intently gaze at the ocean and given it is unclear whether they have to think hard about what -So, or just long sleep deep and soundly .. 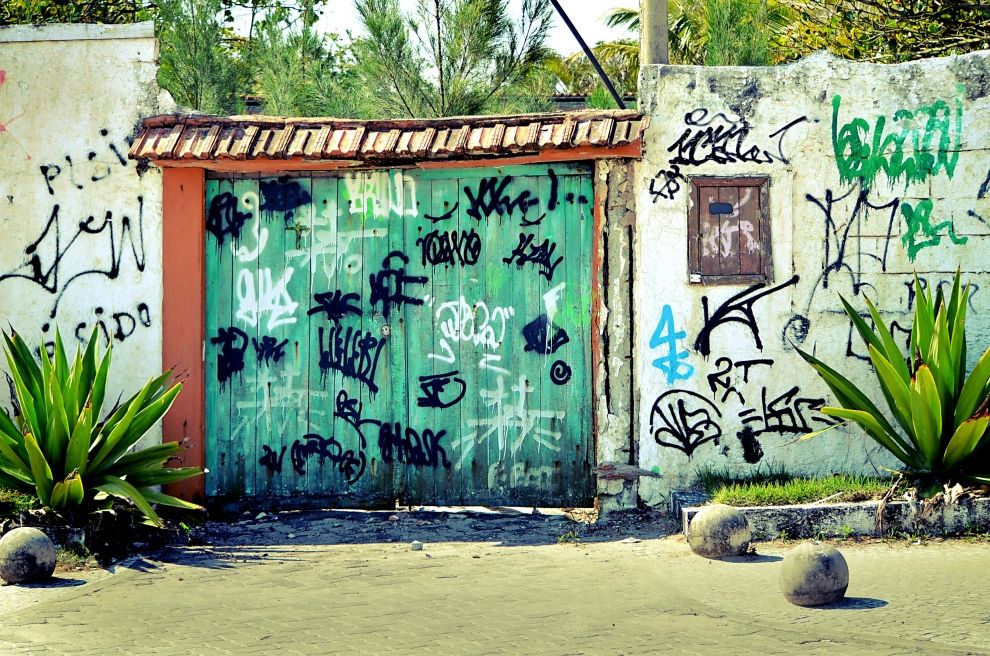