AdBlock detected. Site operation may be disrupted due to running AdBlock. Please disable it for this site.
Home Stories Brazil

Even before we got to the Iguazu Falls, someone mentioned to me that in those places are found some raccoons that well, just do not give a pass to anyone !! After this message all my thoughts, of course, were only about them! And even waterfalls me as a little interest at first - very much like to find at least one raccoon !! ;) At first, none of them did not show up - and I was ready almost to climb into the jungle in search of the mysterious beast !! Little did I know that if you want to find this "raccoon" - should not climb into the jungle, and vice versa - to move closer to the abode of people, and consequently - the food !! It was there that - around some local park cafe - and found the first instance of the long-awaited animal! ;) 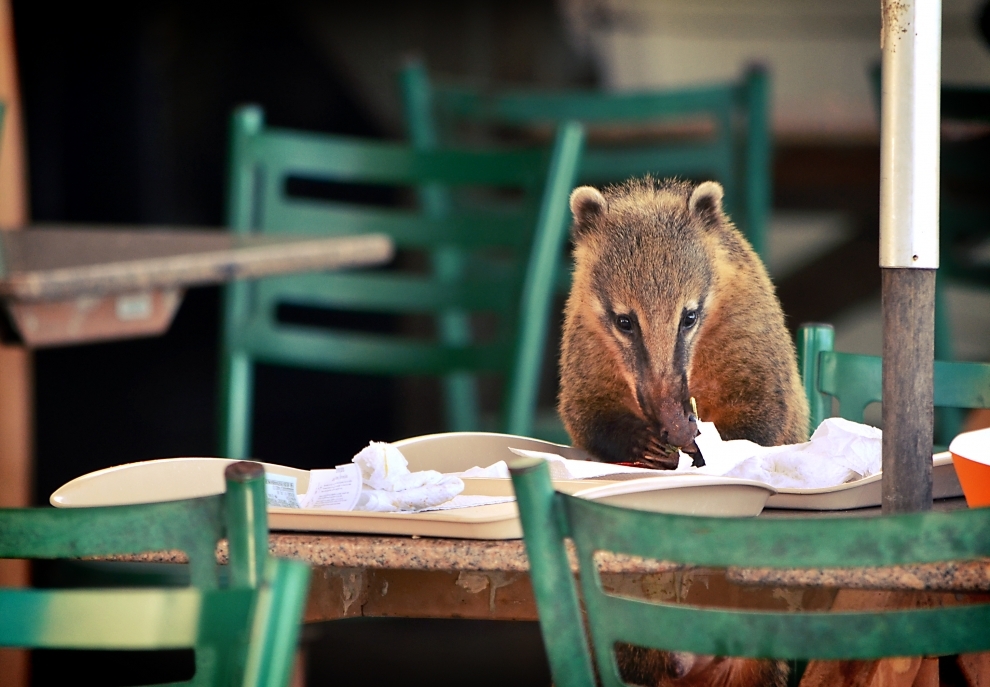 So, get acquainted! In fact, it's not that at all raccoon - though of raccoon family for sure! His name is coati - and there he kind of Coati. The name "Coati" it must be said, is very suitable - nosyara really have big already! And in general - as well as any member of the raccoon - well, this animal is very funny !! 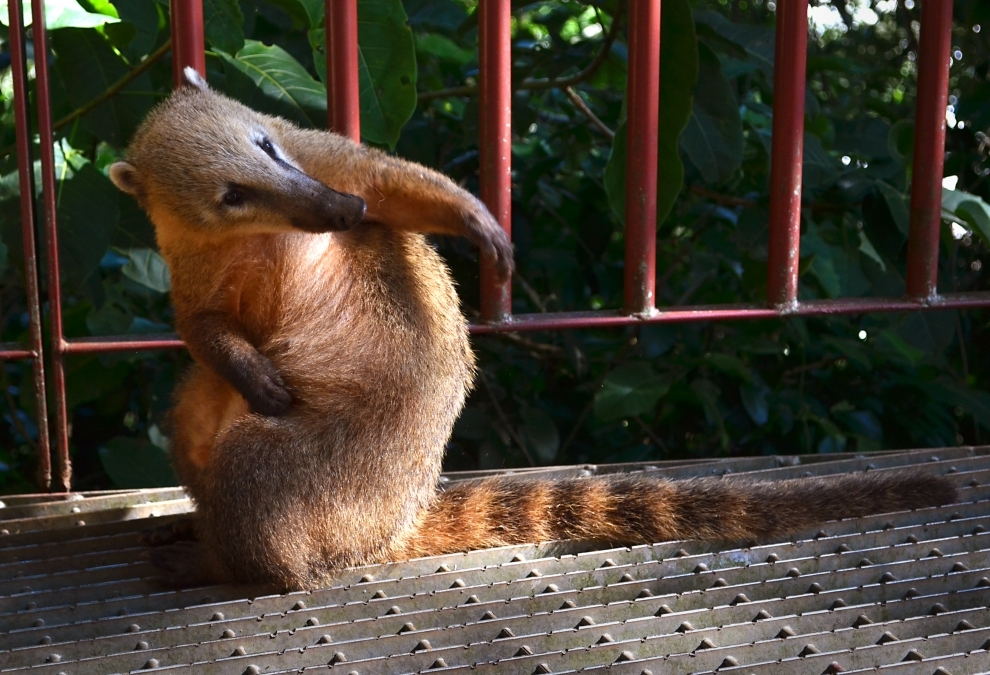 And like all the raccoon - arrogant and greedy to ugliness! ;) I have the feeling that he did not even stop for a second - is worn constantly sniffing around and that would zahomyachit! 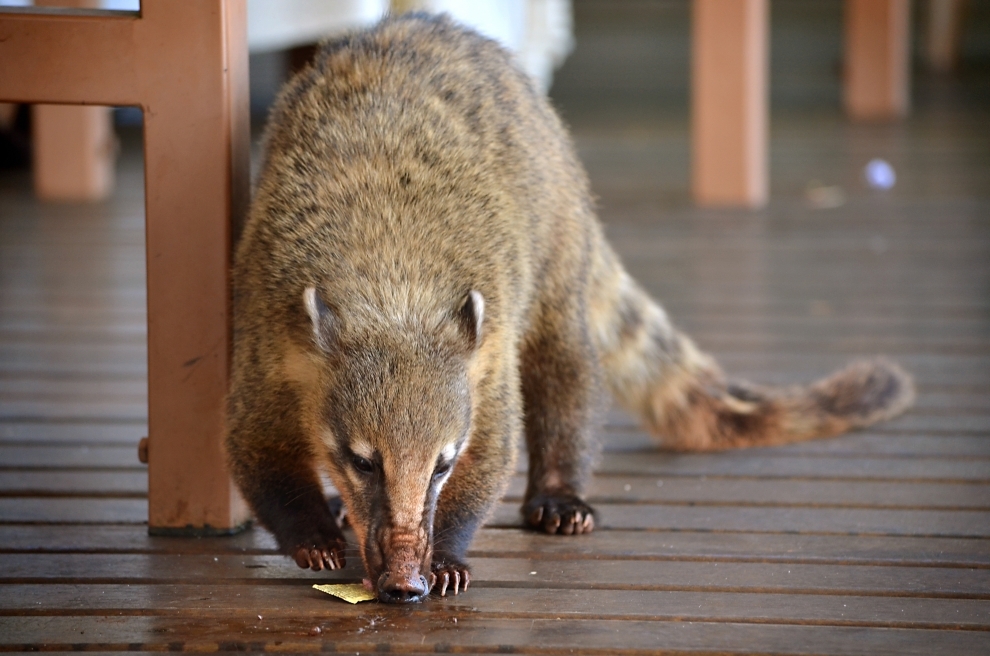 The most likely place to meet this formidable beast - cesspool or cafe table, followed by a careless visitor carelessly left half-eaten hamburger, french fries or a disposable bag with ketchup or mayonnaise! In the course of going all! In my opinion - a great advertisement for fast food restaurants! ;) 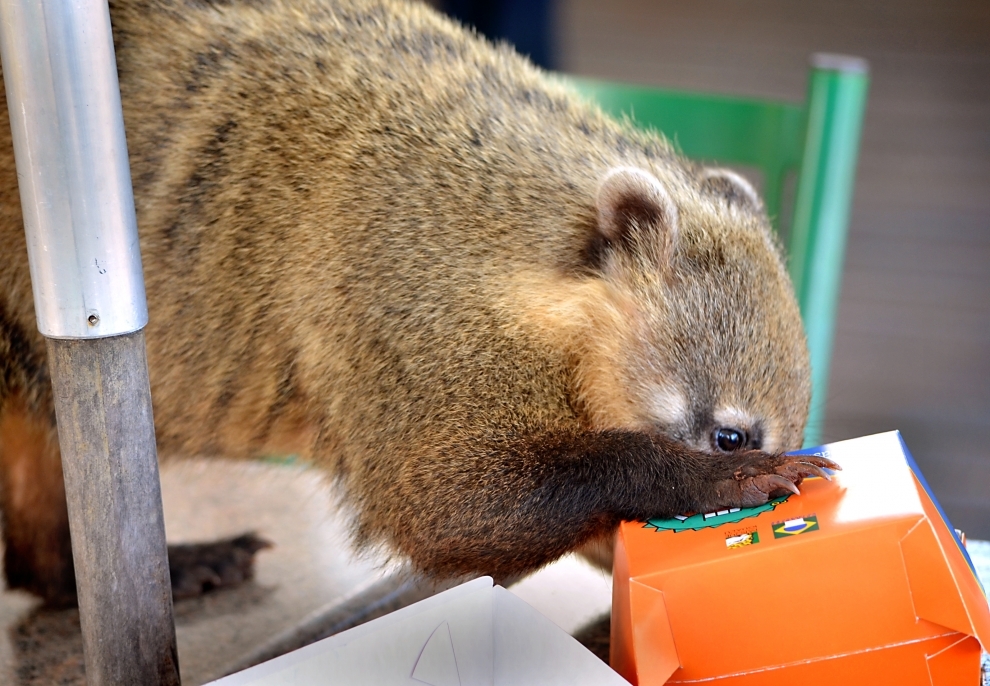 It looks like my grandmother too impressed shameless behavior sudden visitor! 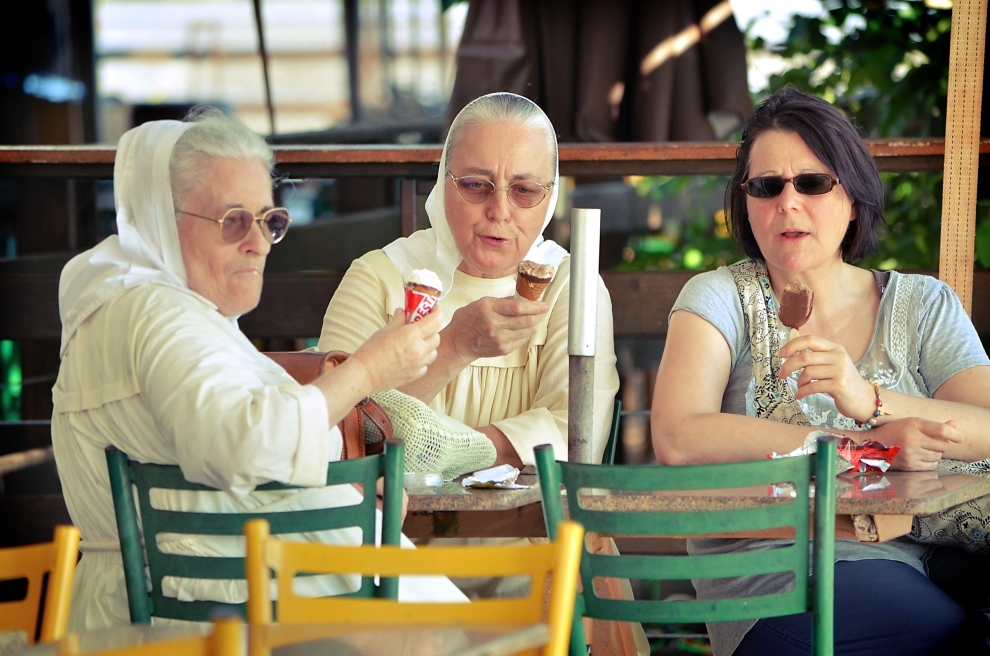 Lifting carefully all traces of it - as usual - leaving the scene quickly and quietly! 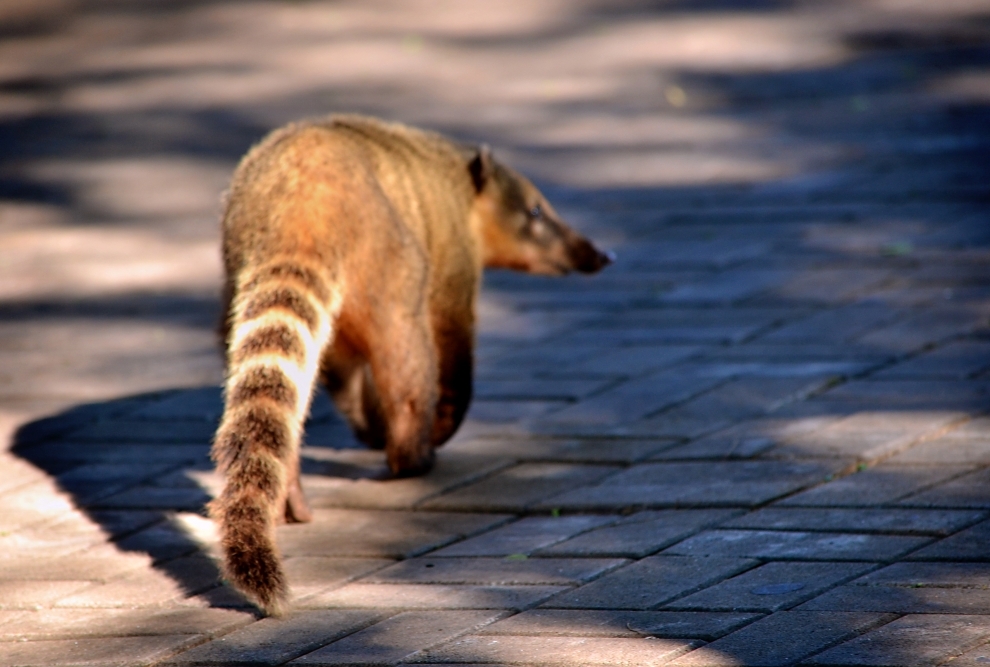 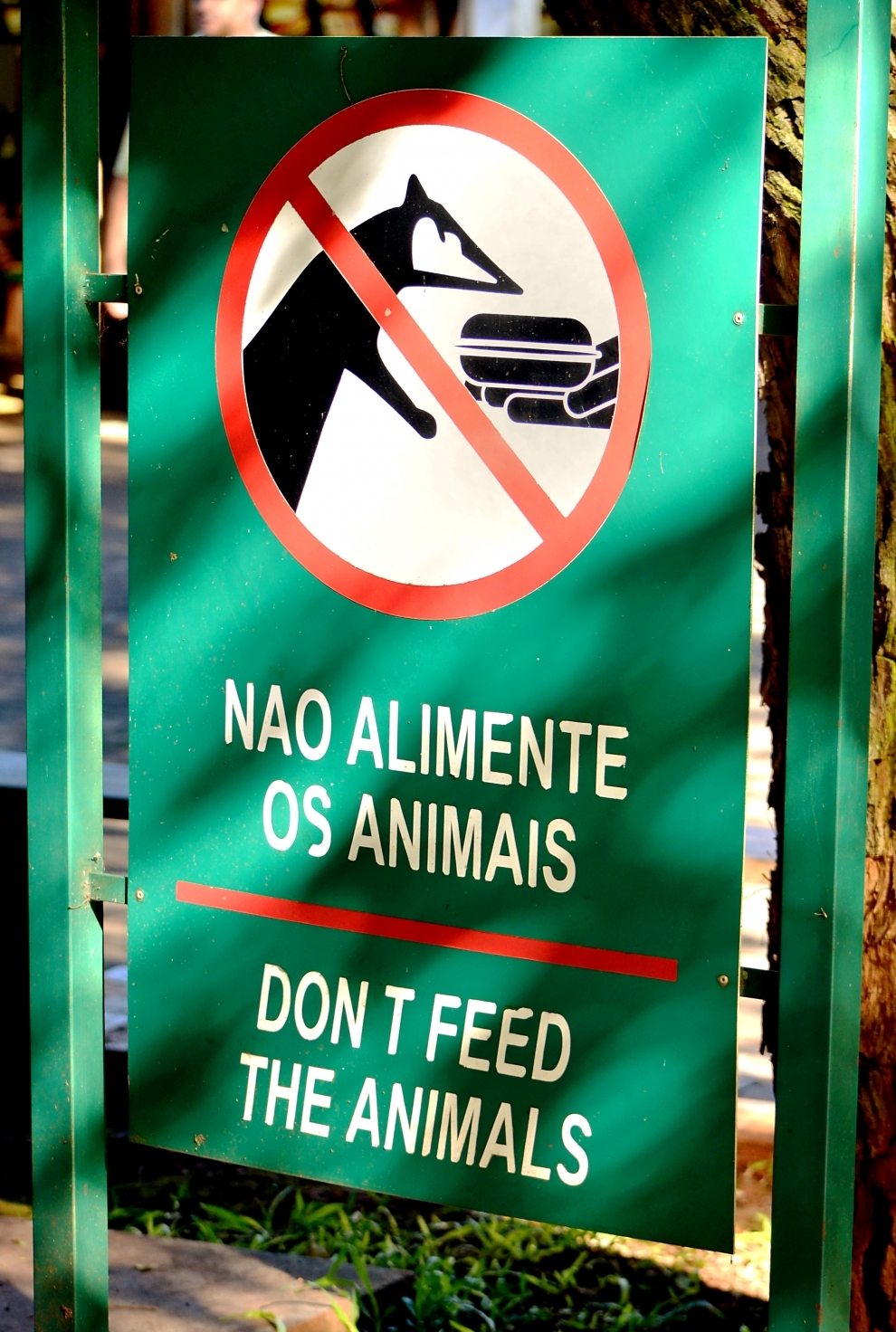 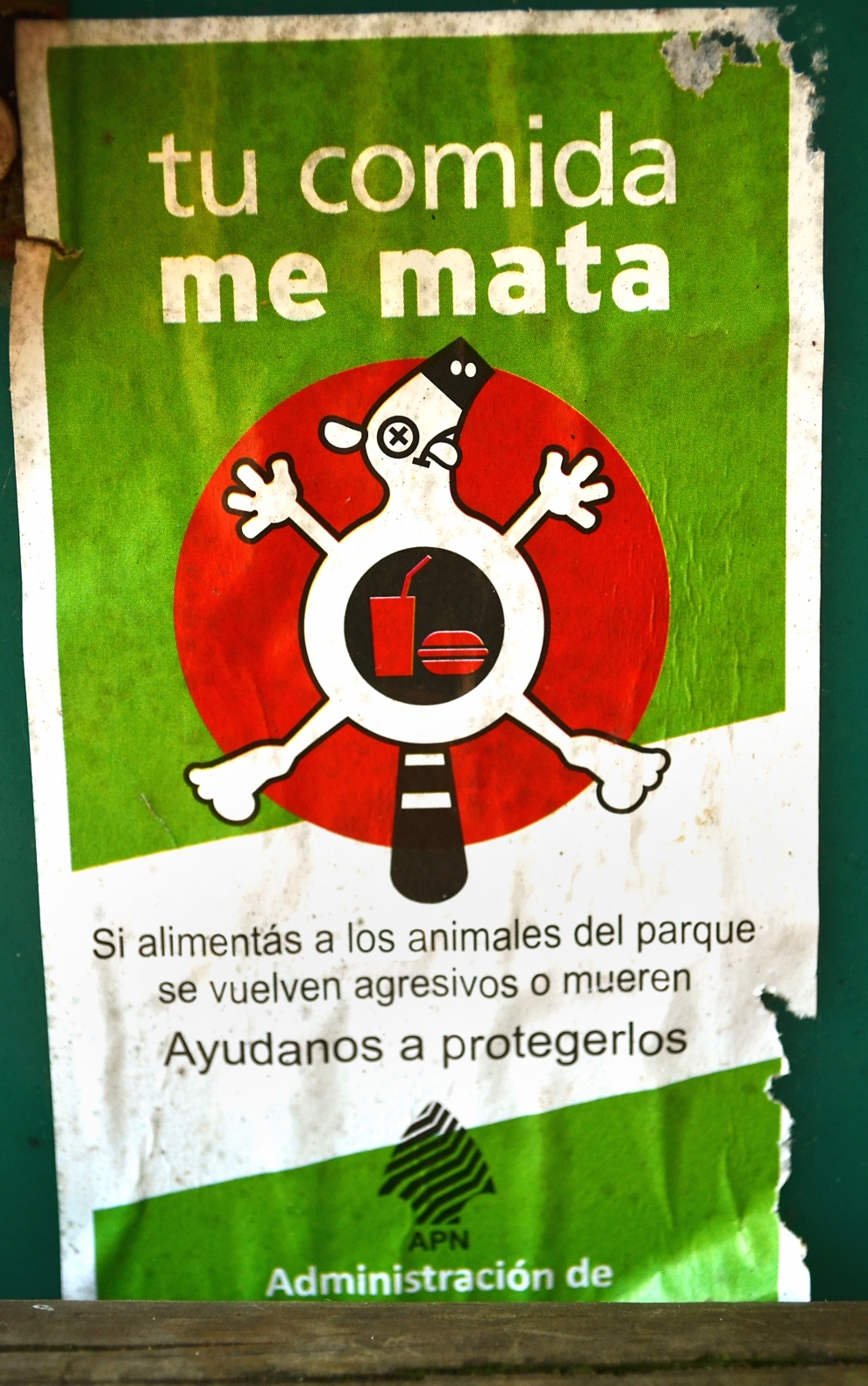 Do not know if burgers are harmful to the health of coati, as we are assured the Argentine authorities .. At least, we have seen many cases where raccoons packs absorbed remnants of burgers, but not a single fatality has not been noticed by us! However, we have seen a few other outcome of the meeting raccoon and hamburgers! Surely you've seen the episode in one of our previous movies - but we decided to repeat itself! To once again bring a simple truth - greed to no good arguments! ;)