AdBlock detected. Site operation may be disrupted due to running AdBlock. Please disable it for this site.
Home Stories Austria

Austria
We had long been planning to fly to Europe before Christmas with a view to take a look how it all beautifully decorated and feel the festive atmosphere. But all the time for something to distract, the new projects at work, a new job, the lack of sponsor funds, children ... And this year it all came together, and we still flew ... 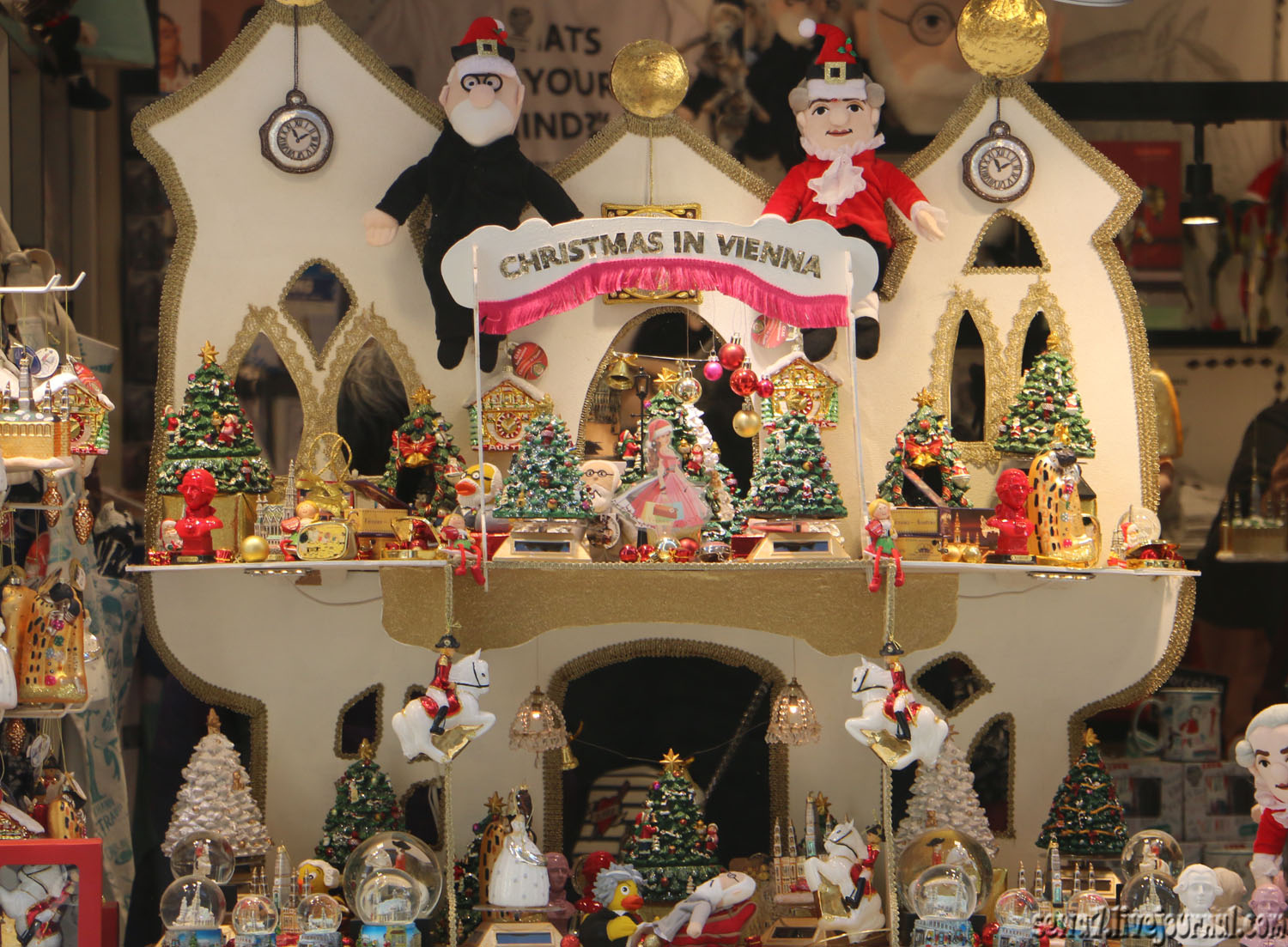 Our "eternal problem" that few vacation days in a year ( travel less necessary ), so I chose just for the weekend from Friday to Monday. The date of the end of November - beginning of December. And Christmas markets are already working, and there is still huge crowds, and not expensive;) 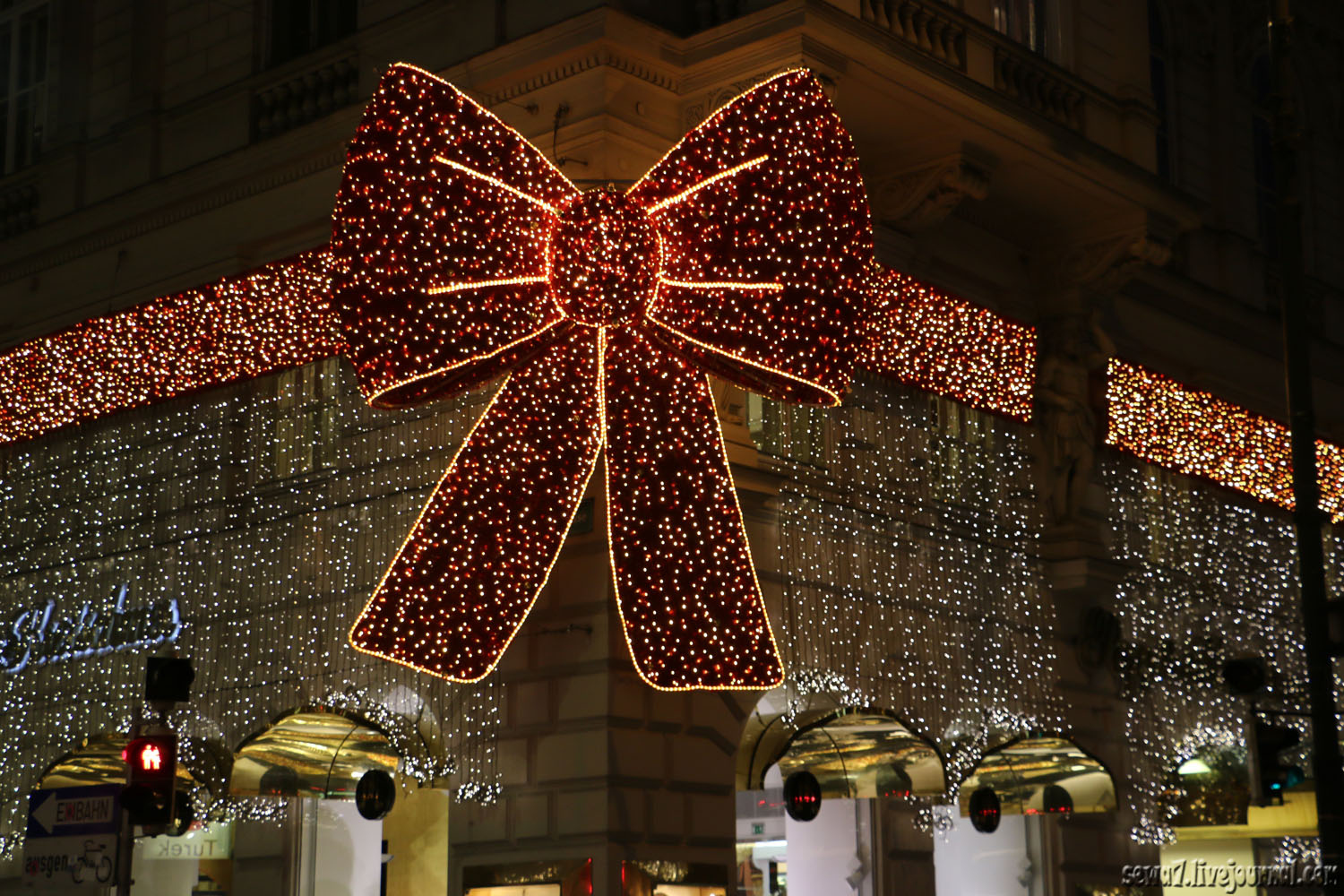 Long time to choose where is to go, considering: Strasbourg, Colmar, Munich, Nuremberg, Berlin, Prague, even looked in the direction of Poland, Romania and the Baltic states, but ultimately chose Vienna. 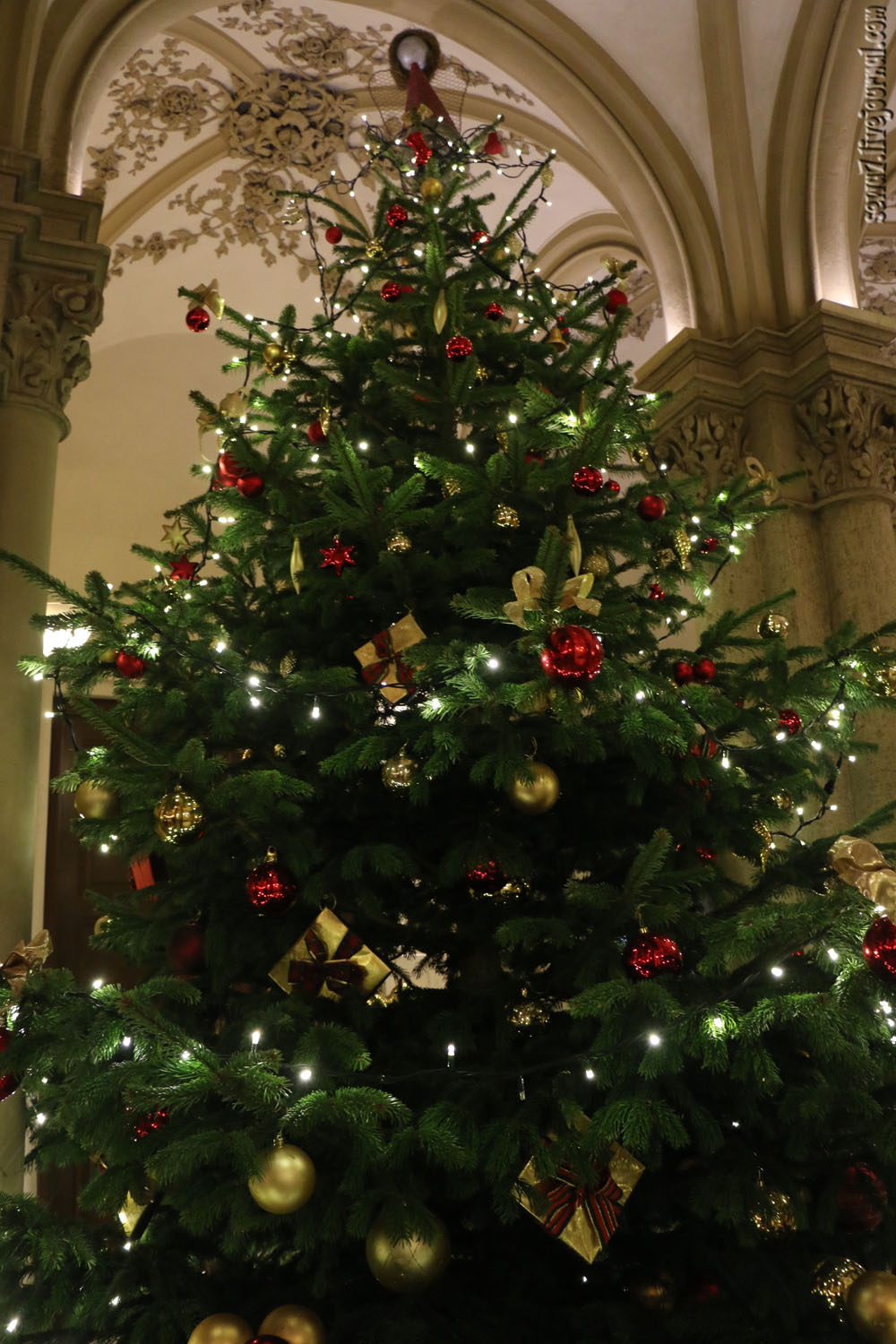 About how we passed the time, where they went and saw, I was told a little. I also separate you "tormented" the pictures with Christmas fairs, and now the final box-office. Logistics, prices and so on. On can be very tedious and meticulous. Please note! I warned you! ;) 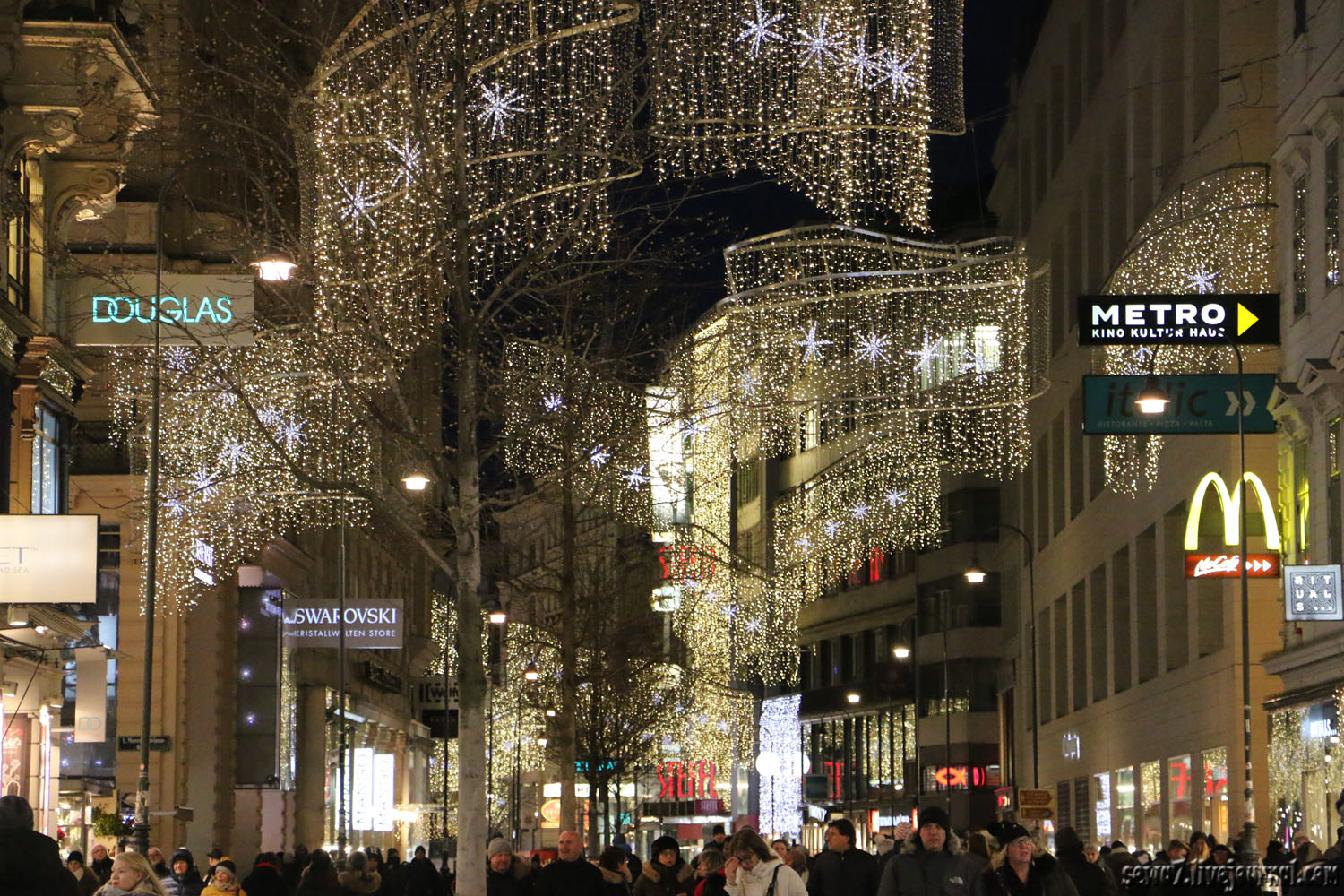 We flew together (without the kids!). Flight from wizzair (loukost). Priority boarding and seats are not taken. There were flying in different planes segments. Wife somewhere in the beginning of the plane, and I had a place on the top side of the shelf at the end of Solon in the aisle next to the toilet with no reclining chairs ... and for some reason in my place nobody wanted to change. When flying back, the first sitting a few rows from each other, but quickly found with whom to trade and eventually sat together on the three-seat :) 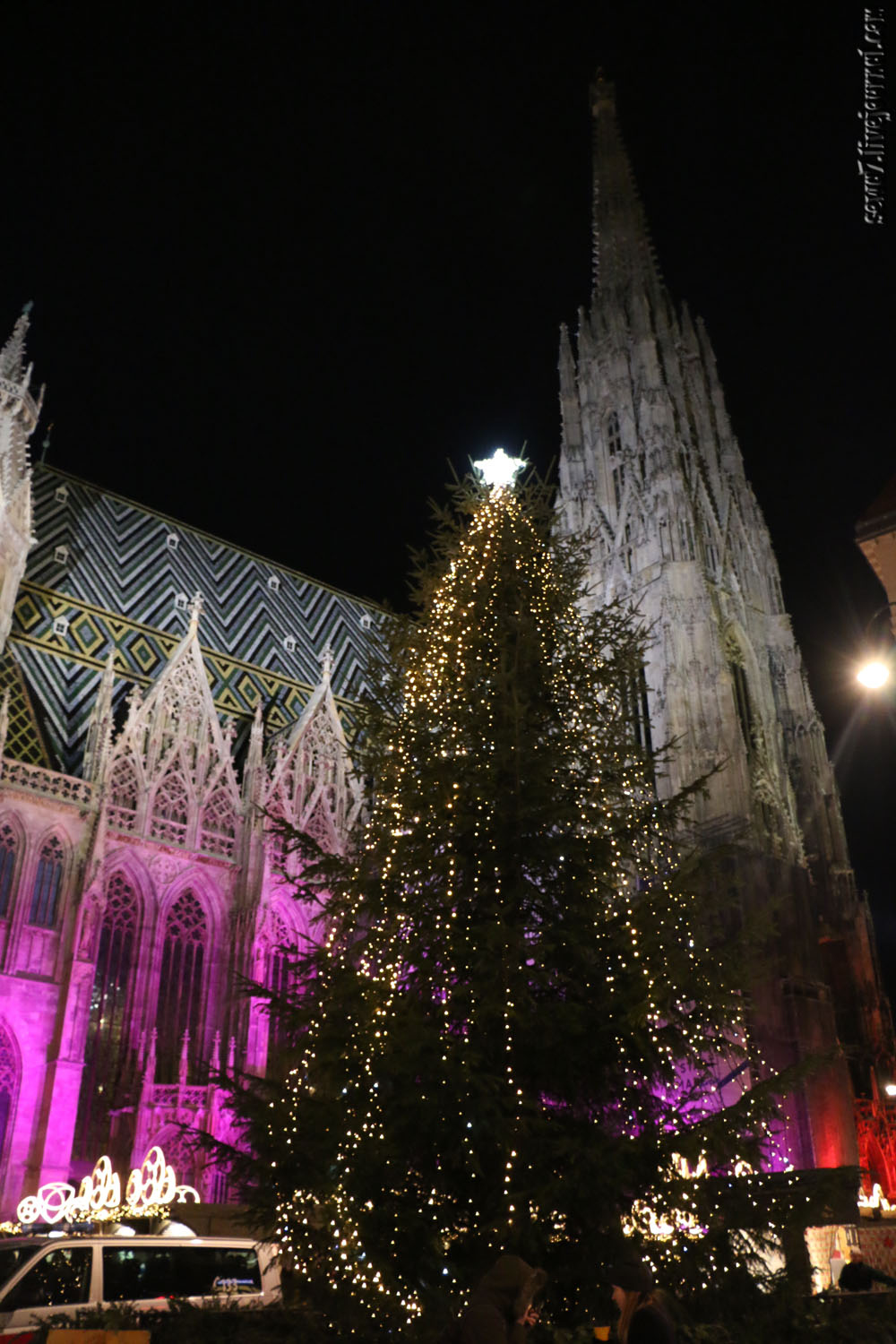 Departure was at 11am. Inside the airport was quite crowded. For example, the queue to the cashier at the duty-free for an hour at least ... As a result, for the first time in many years, I flew sober! unattended bottle of cognac. And back too! By the way, on the plane, too, was not brandy ... :) 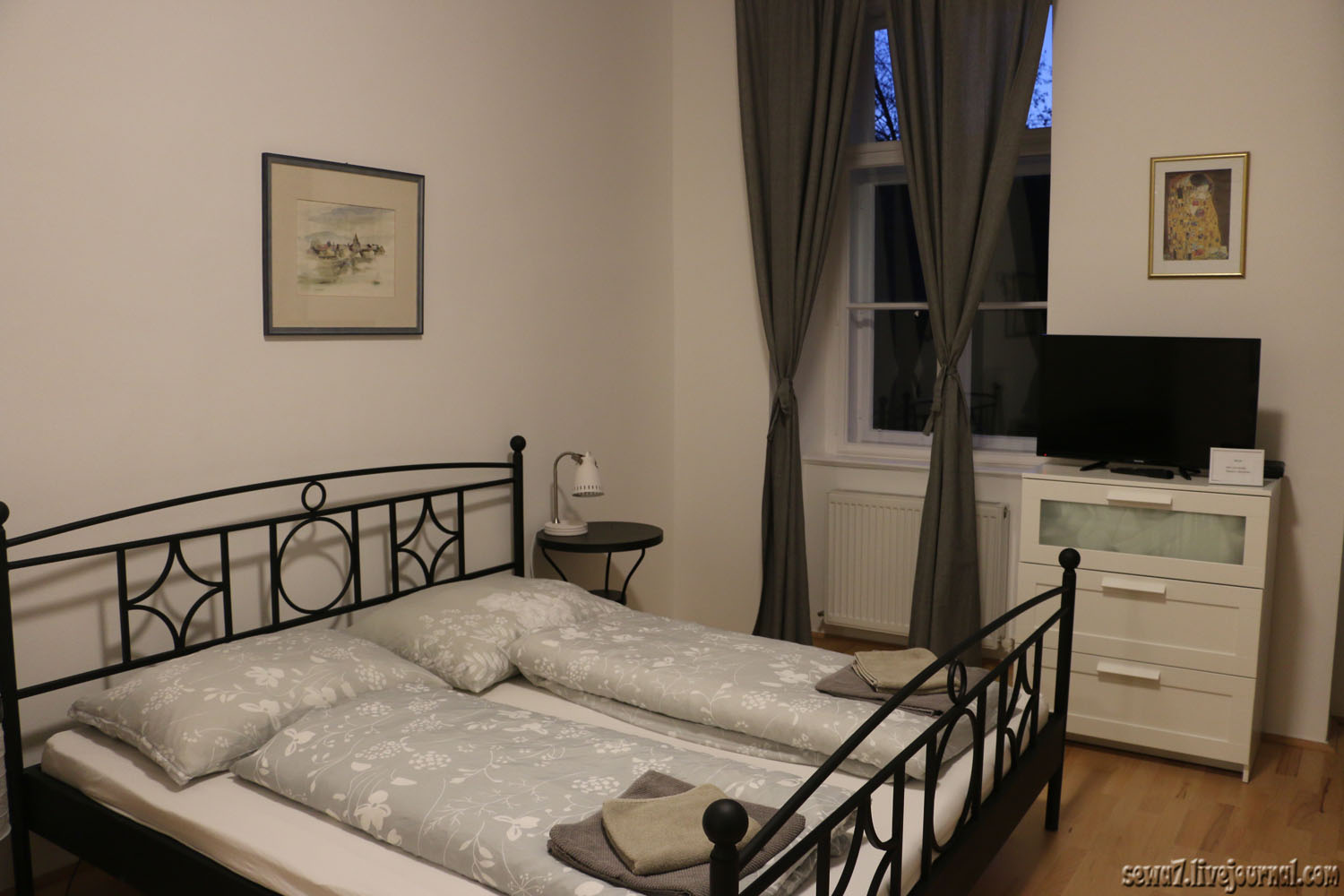 In hotels, we usually do not stop and in Vienna, rented an apartment not far from the Town Hall. It costs 80 euros / day. For three days 240 euros. Apartment chose to separate settlement / eviction (in the locker keys around the apartment), and especially in the heart, not to use transport. 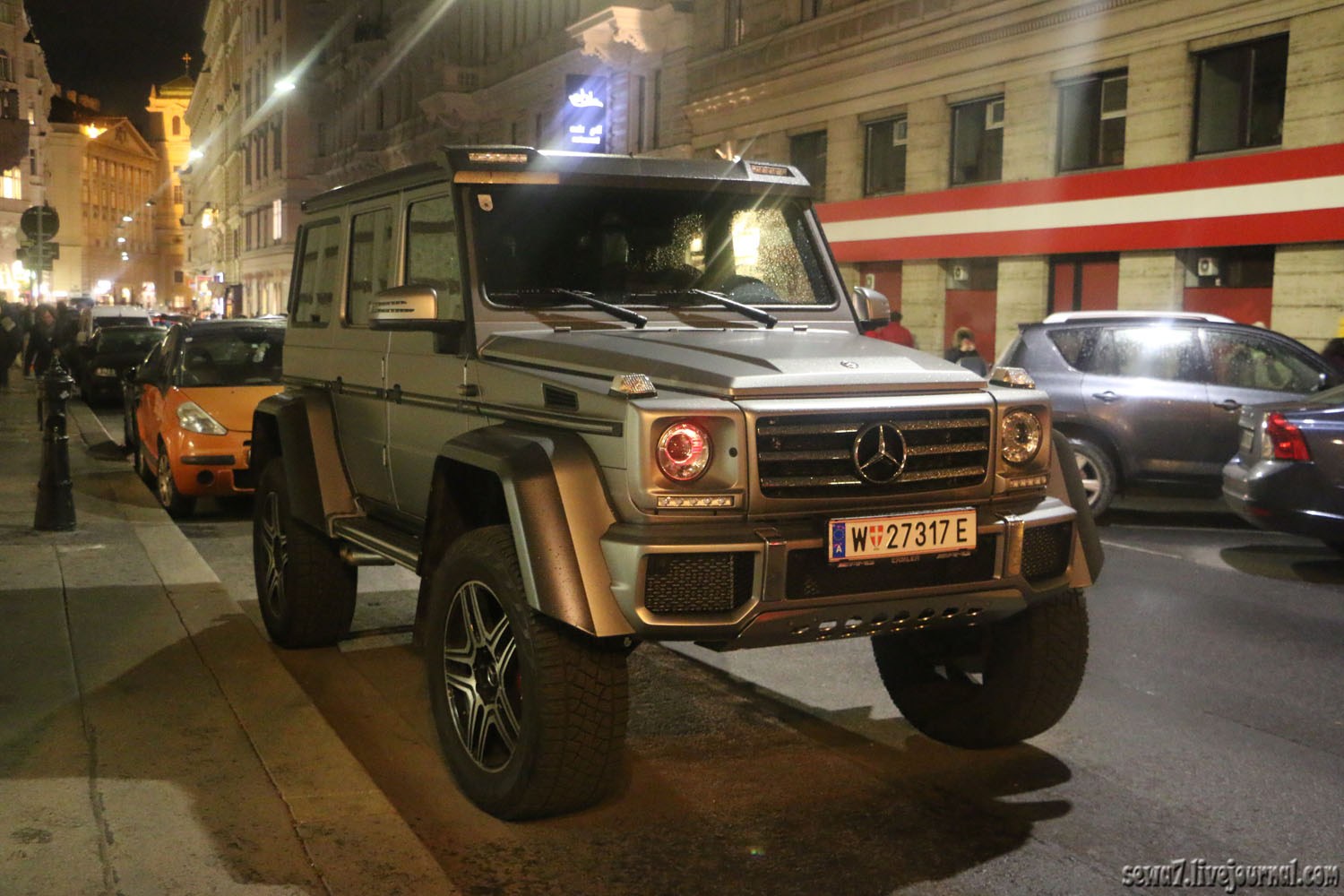 A car did not take, so 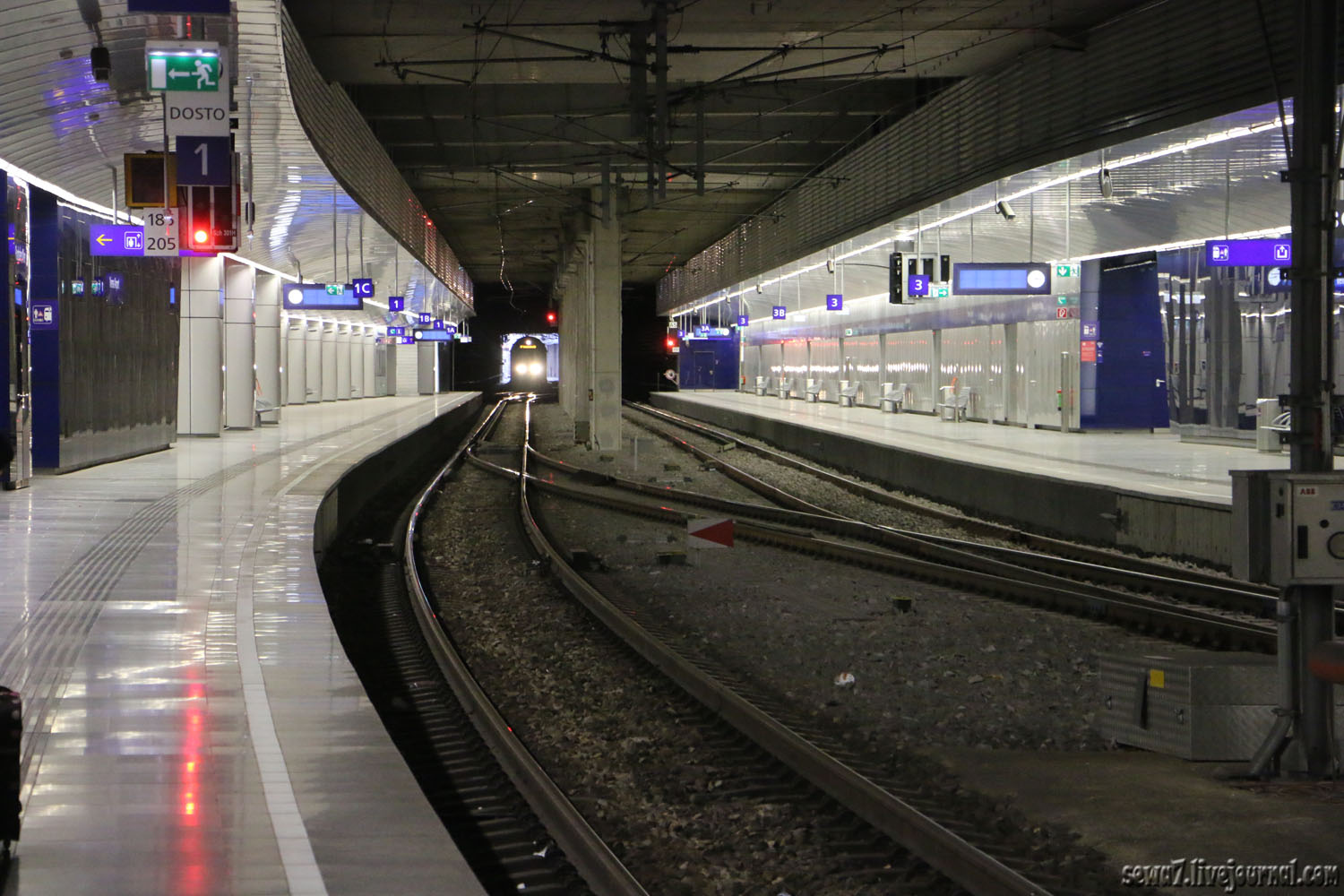 from the airport to the apartment we traveled by public transport. S7 train costs of 4.20 euros per person, including a tram / metro in the city. A ticket bought in the machine and a little stuck with him. He offered a bunch of different options. We had to train station Vienna Center (Wien Mitte). We wanted to pay in cash, but the machine bills of 20 and 50 euro did not take .. A maximum of 10 euros ... Card payments. 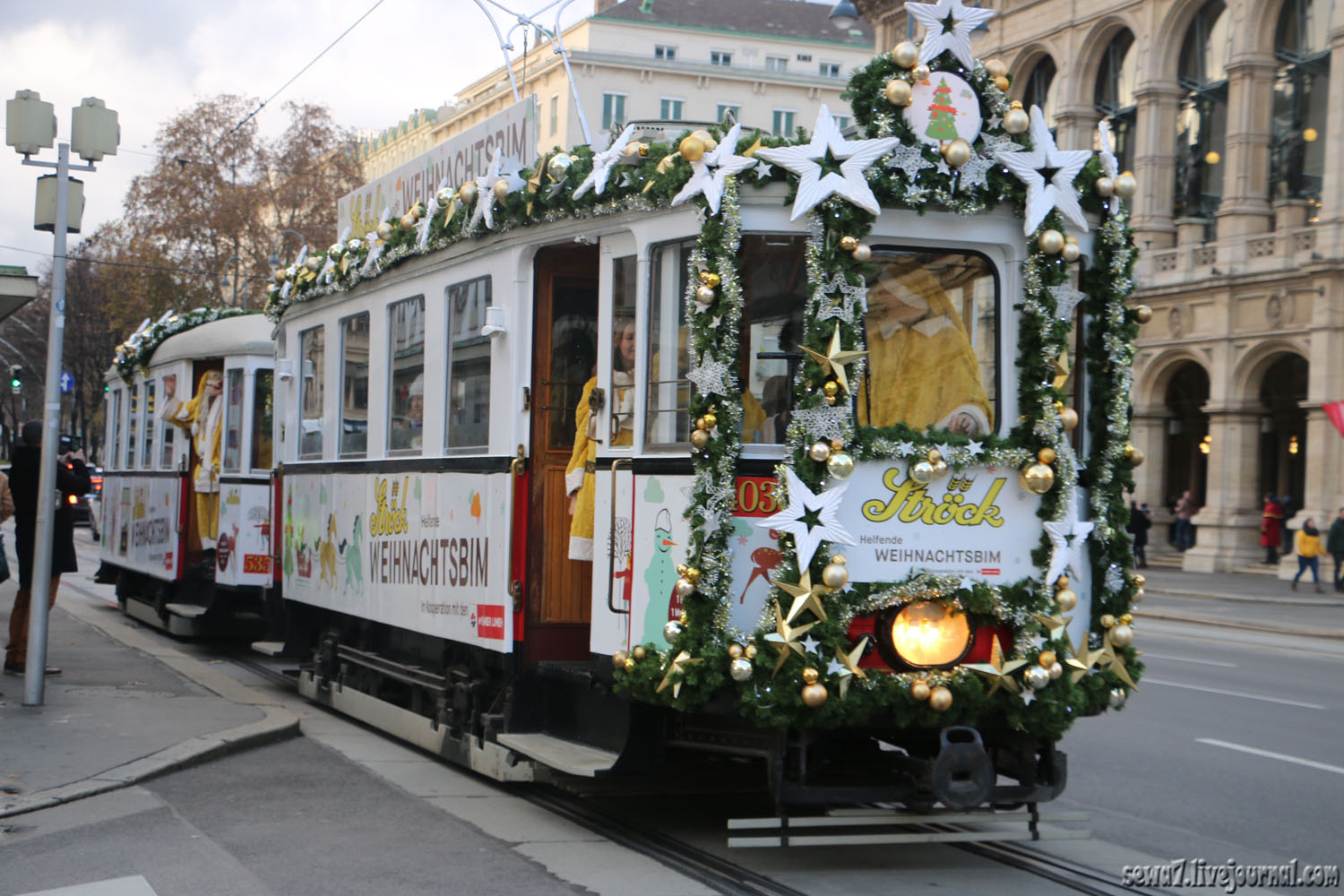 You can take high-speed express CAT 11 euros to the same station. Or take a bus or a taxi, about 40 euros, or Uber over 30. But we are intimidated by the possible traffic jams. 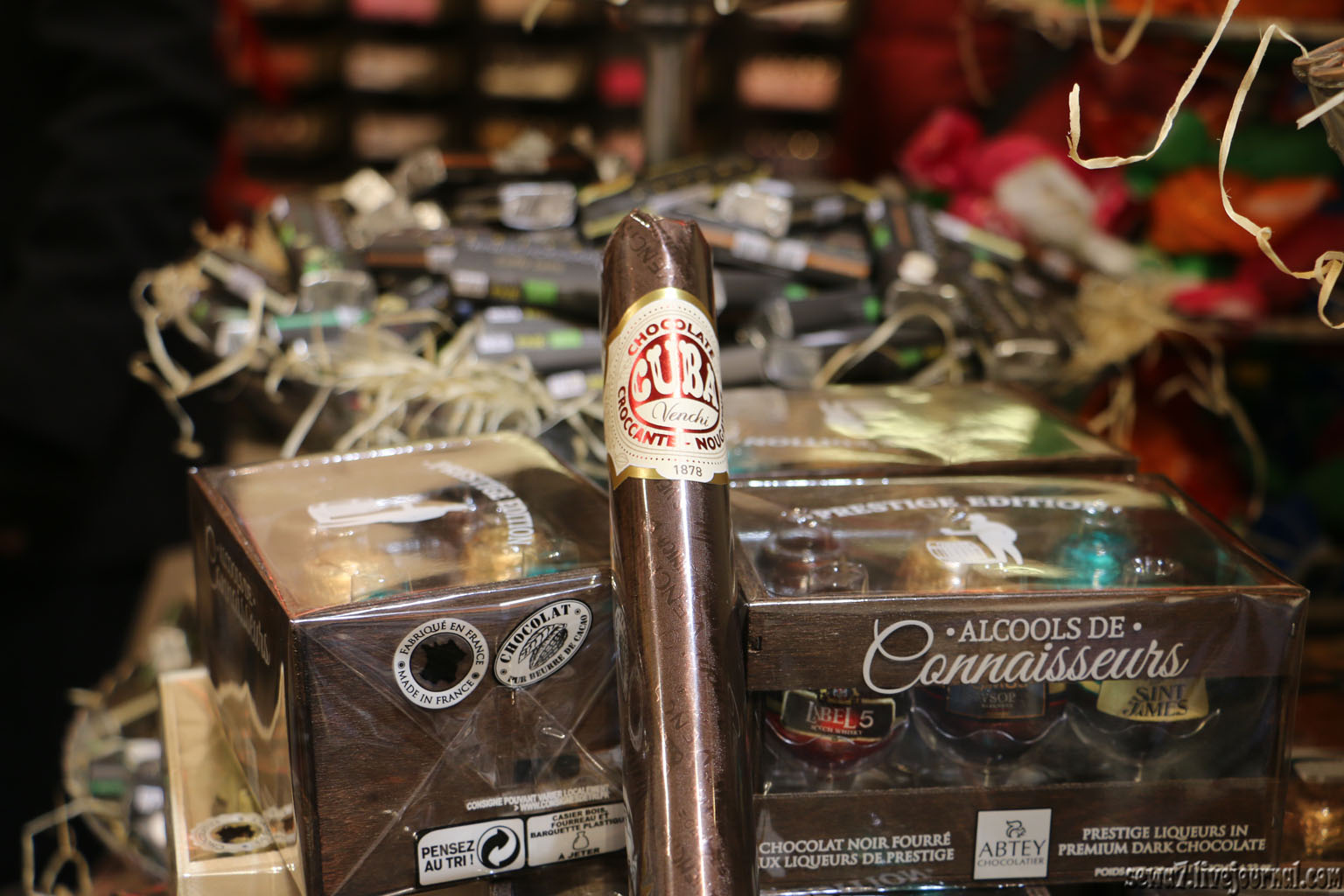 The first night after the settlement went to a nearby shop for brandy products. Usually buy, sausage, cheese, eggs, tea, tea, etc. Among other things, the store was raspberry. In the end of November! for 0.88 euros per box. We zatarilis. 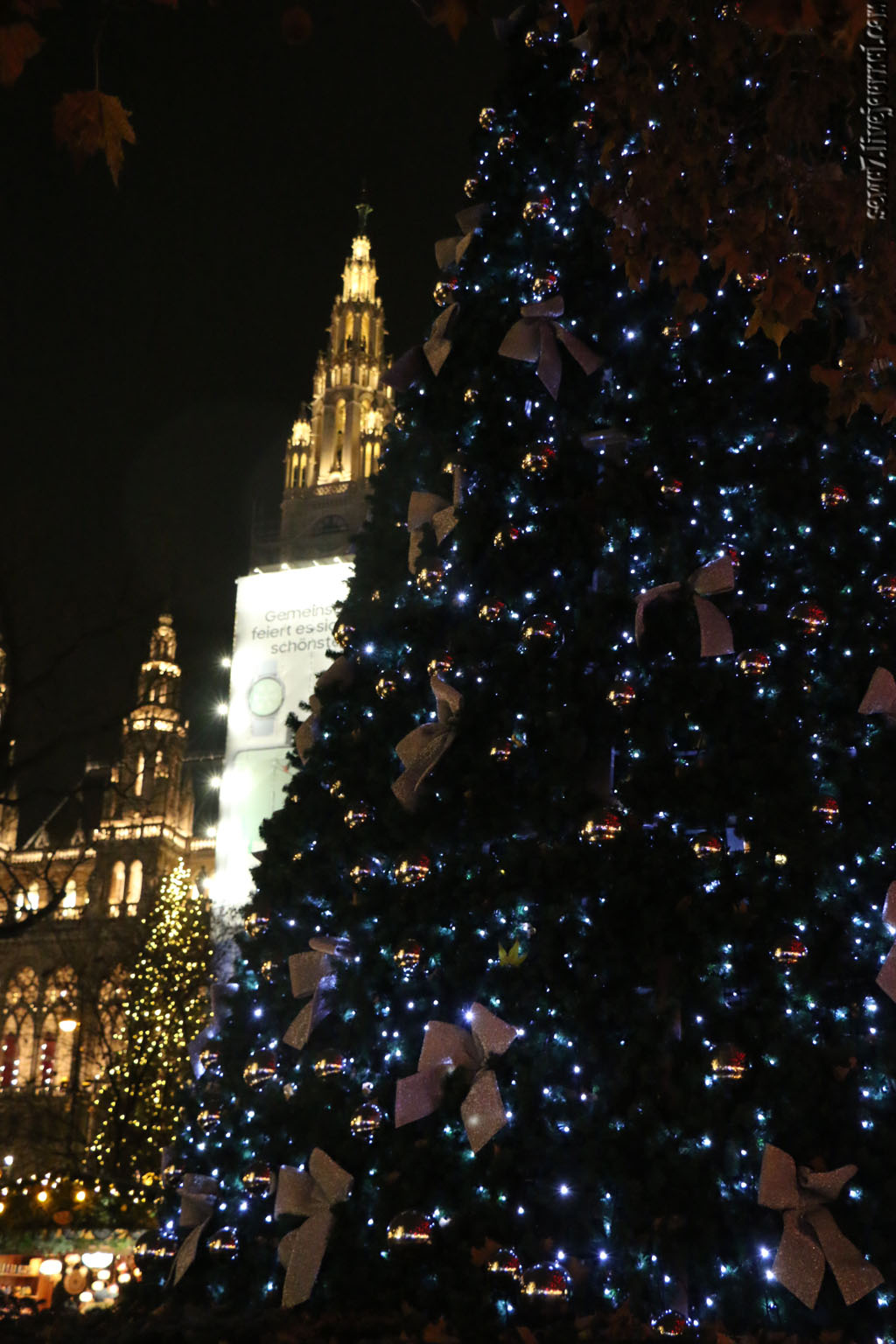 Rest of the evening spent at fairs, at first near the town hall, and then went to the Cathedral of St. Stephen, 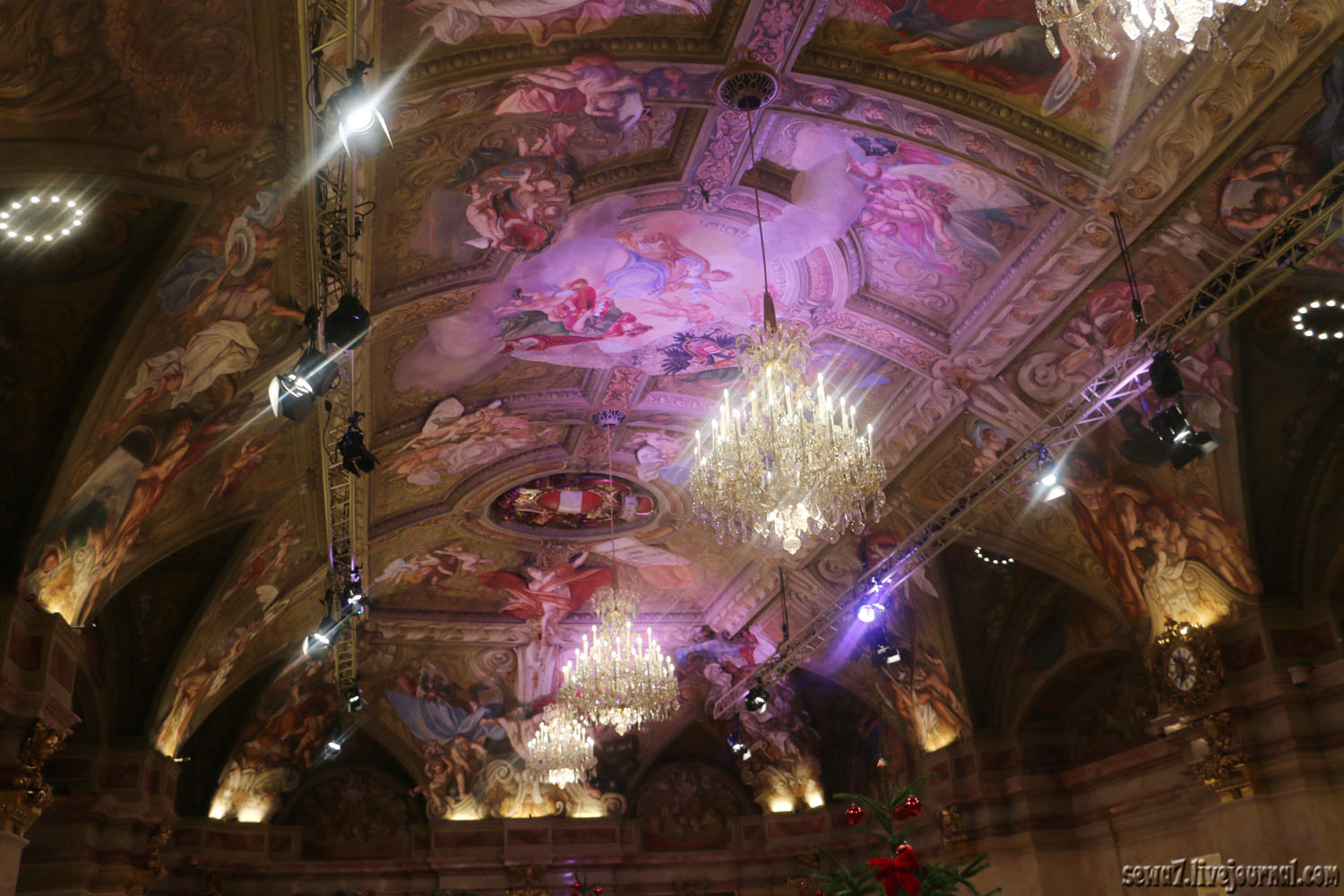 but the road accidentally saw and went to a food fair, which was held on 29-30 November in a beautiful palace in Lower Austria. 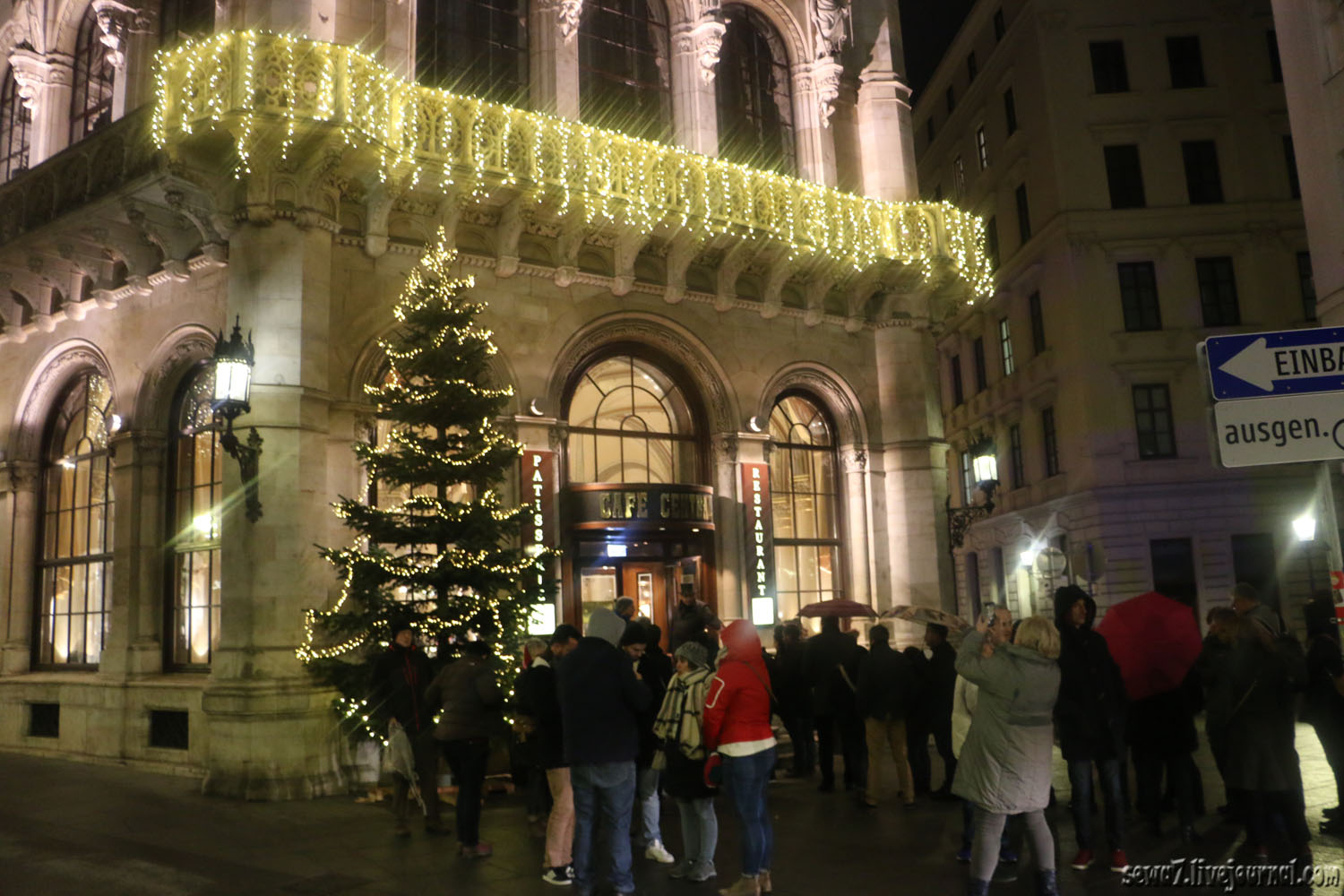 Even if they thought would go to a cafe "Central", then turn discourage people from wanting ... 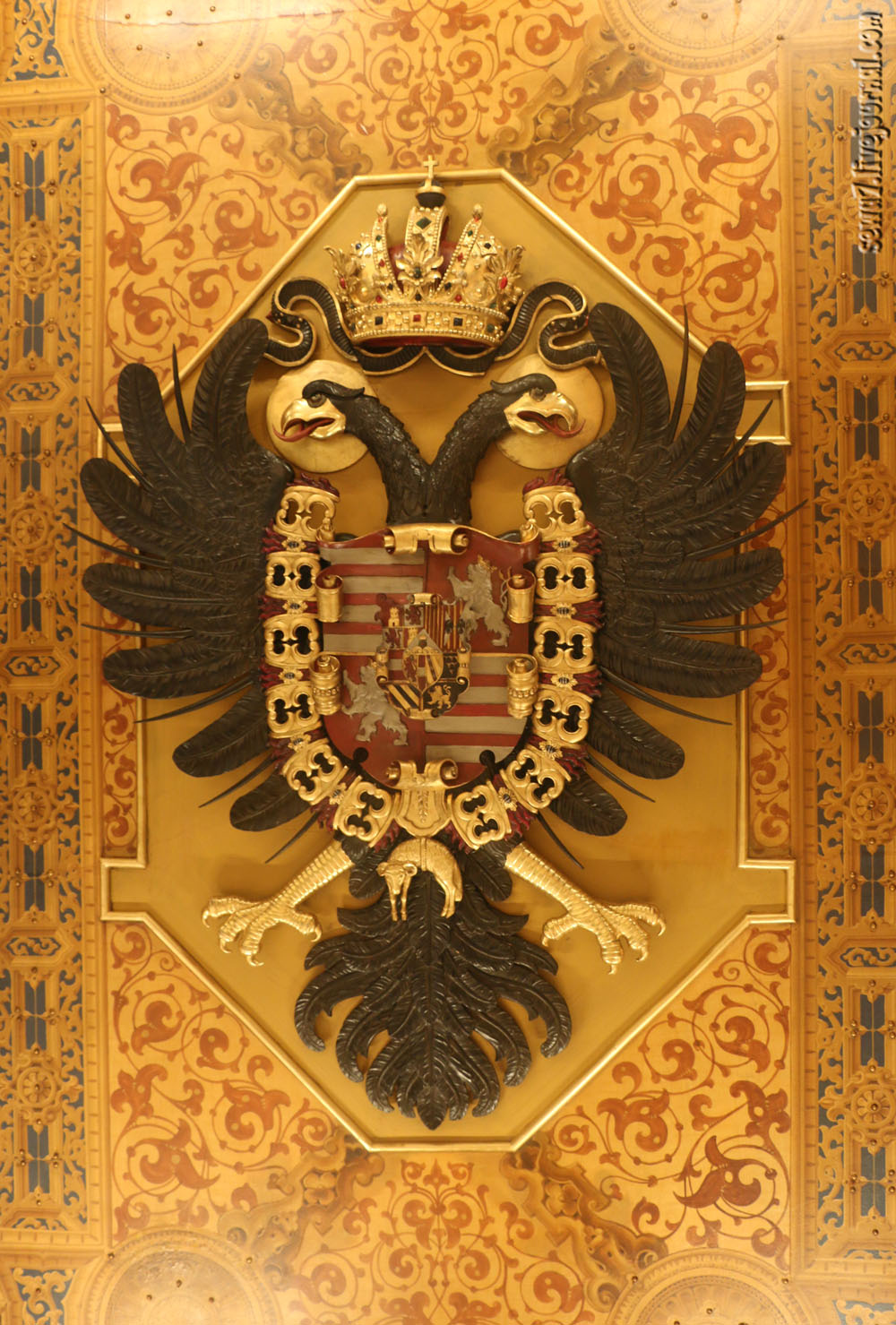 and we went to the Christmas market on the square in front of Michaelerplatz Hofburg.

On the one hand planning to go somewhere to have dinner, but at all the fairs taking a punch, mulled wine, sausages, besides all offered to try the cheese, the sausage, the carrot and we eventually realized that already ate :) 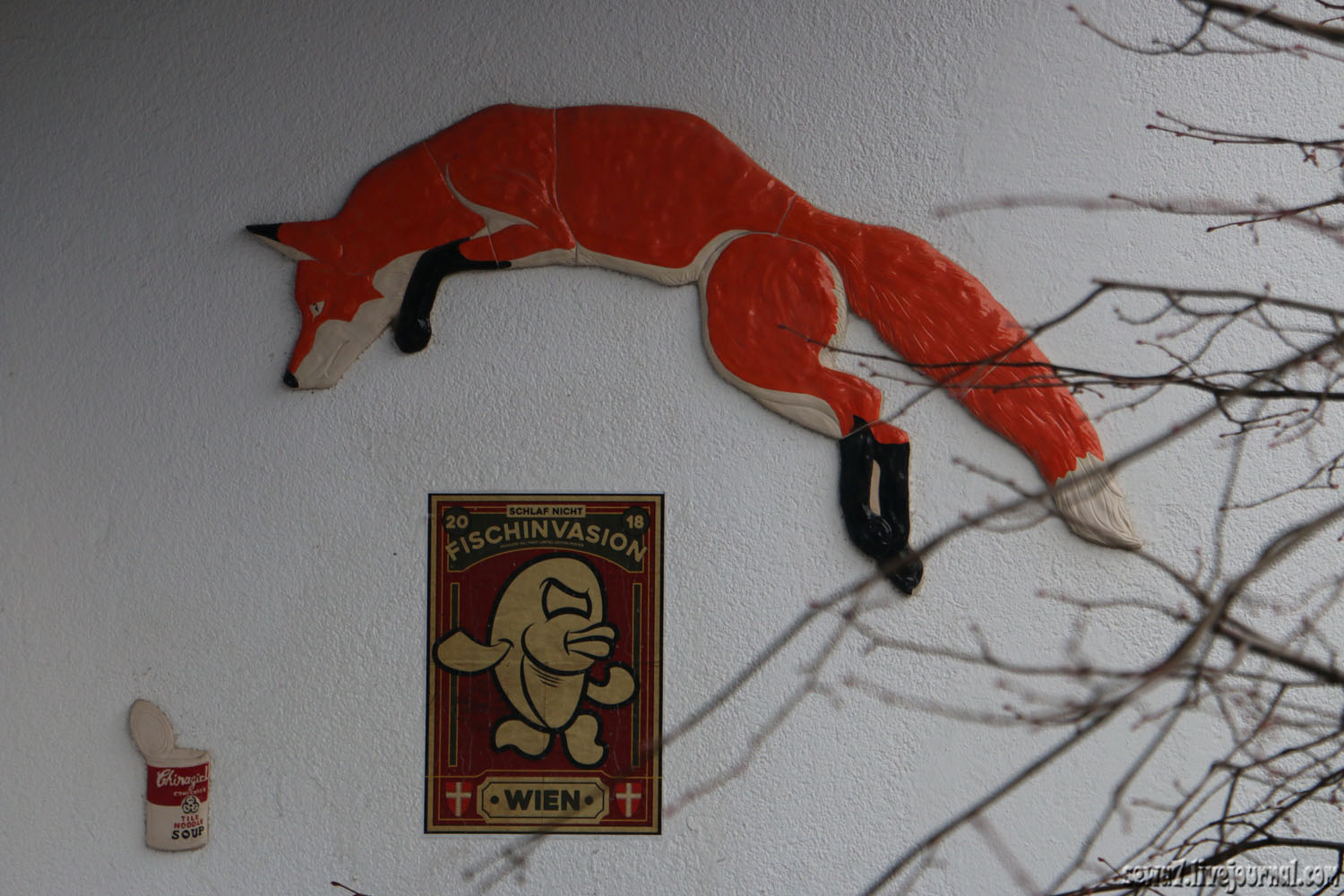 In the morning I decided to prepare myself an omelet. And he could not. Egg did not want to break up. So loudly over a long time I did not neigh ... People we are dark, the German does not read ... and who else they know that on the same shelf in the store will be based, as fresh eggs, and cooked ... 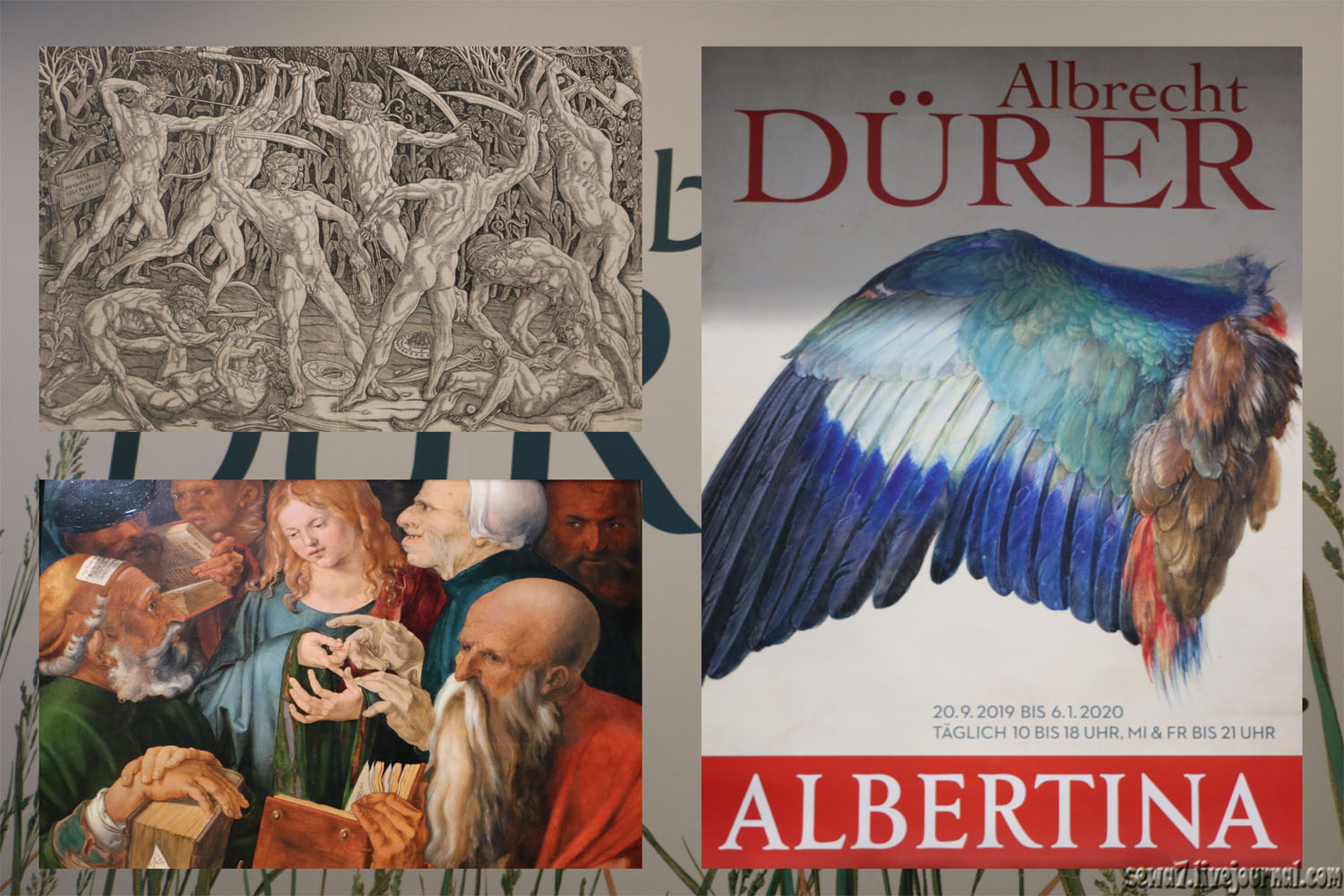 On the second day: in the morning we went to the Albertine look at Dürer. 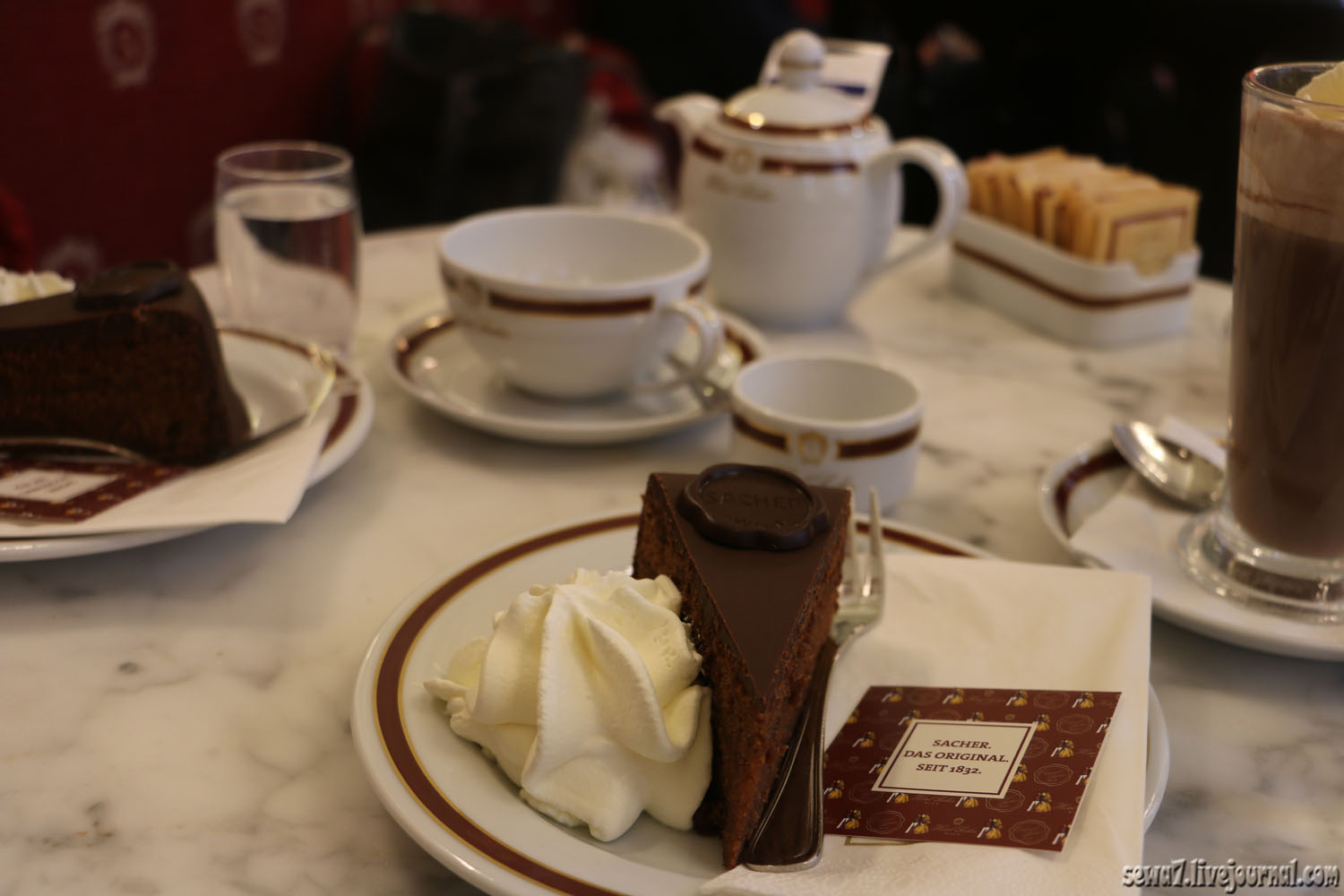 Then he defended a half hour! in line at a cafe Sacher, to once again enjoy their brand original Sacher cake ... 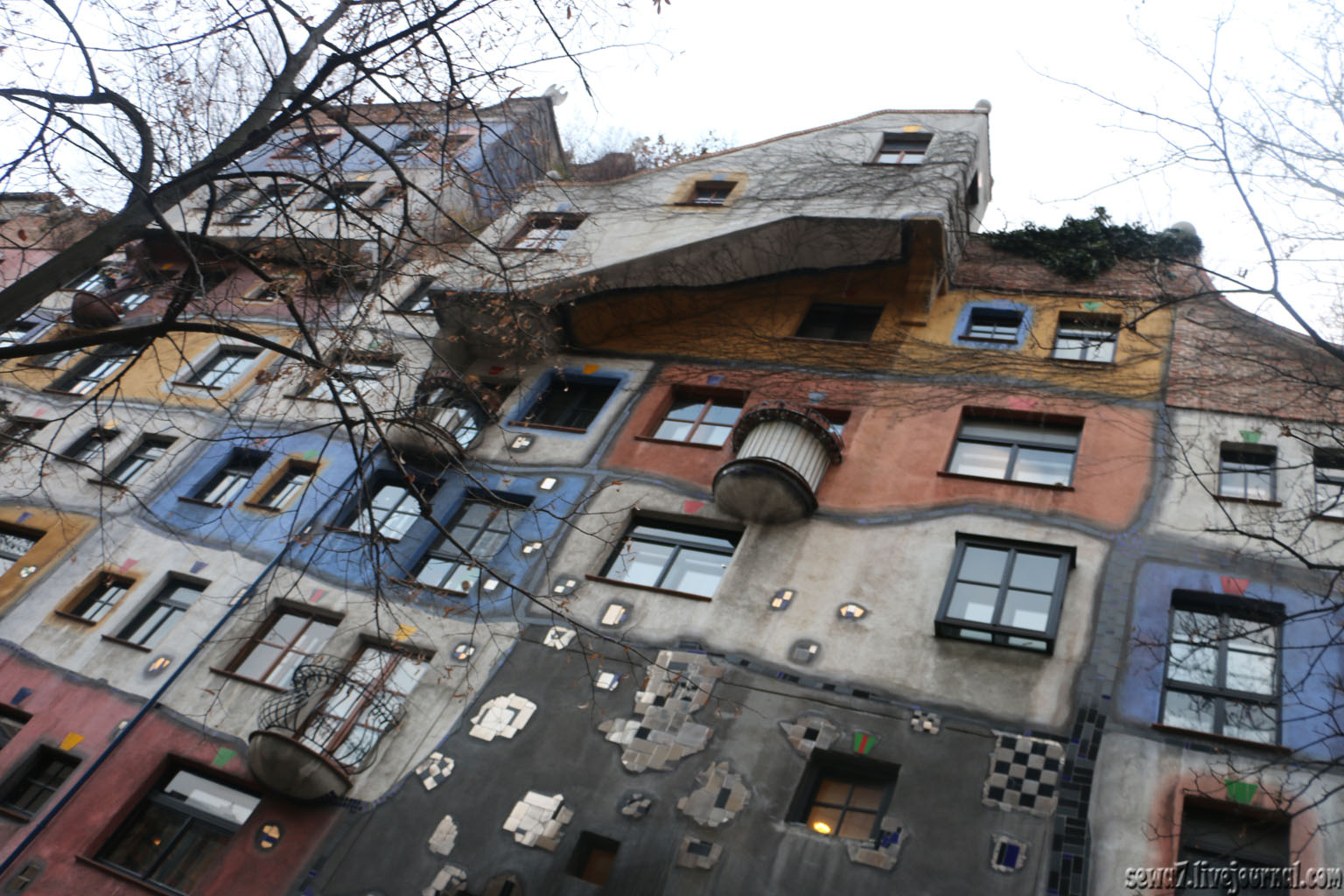 Then went on the tram №1 to the Hundertwasser House, it was possible to go, but was lazy. We walked a little shopping. Again tram drove home. 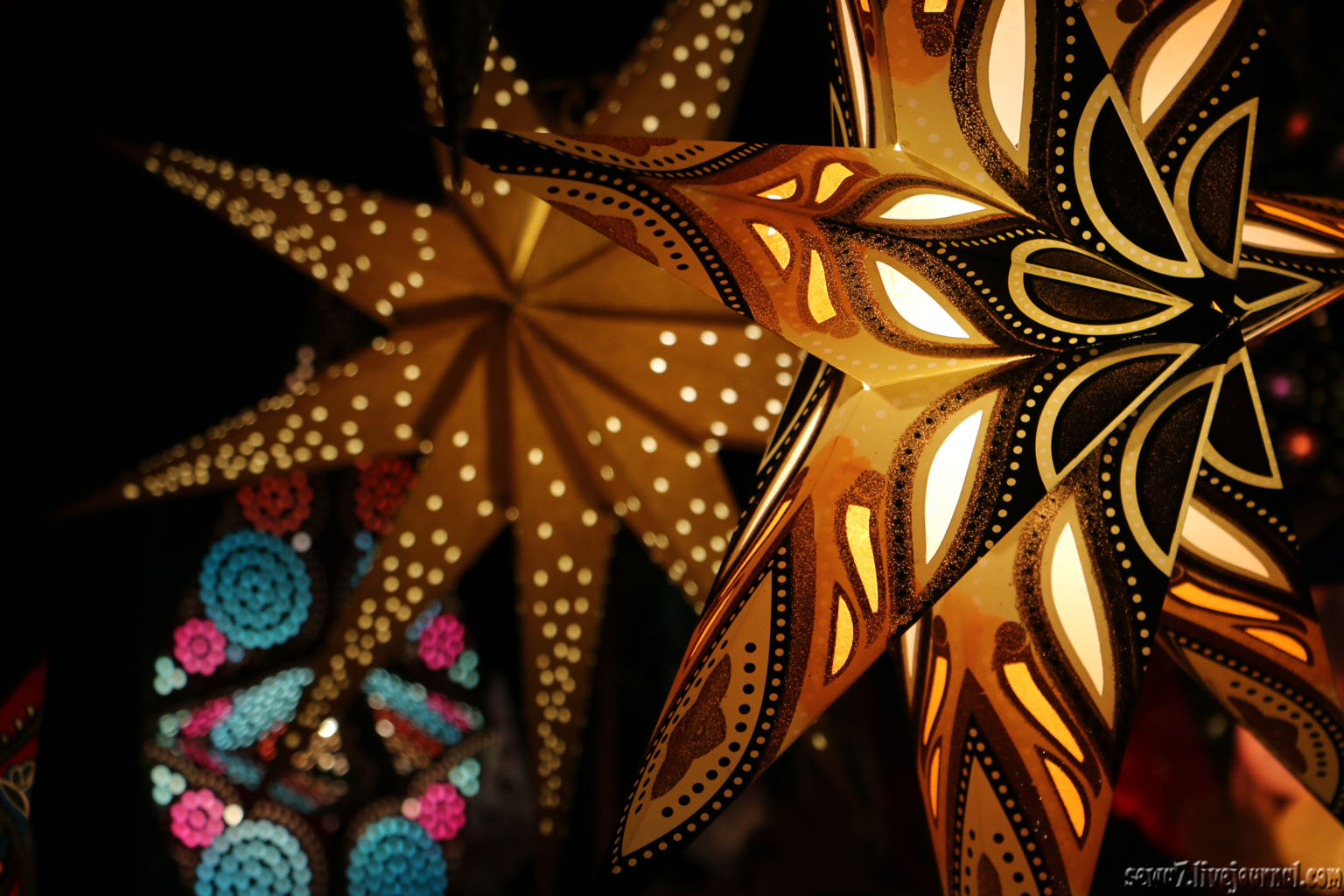 Left shopping, dressed warmly and went back to the fair-market near the town hall. 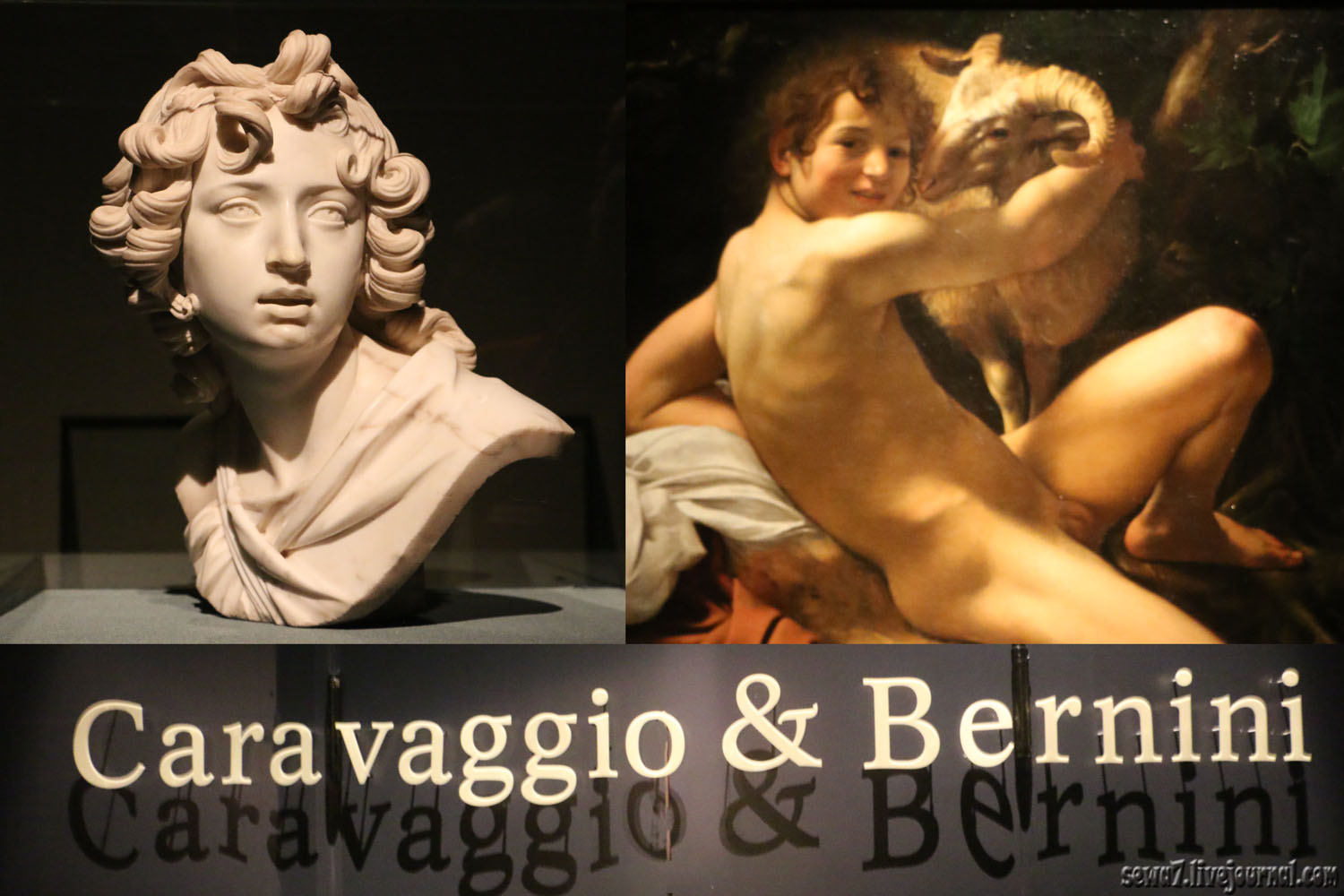 On the third day: In the morning wanted to go to the Natural History Museum, but the exhibition Caravaggio and Bernini won and we went to the Museum of Art History, and then until the evening went on numerous Viennese fairs. 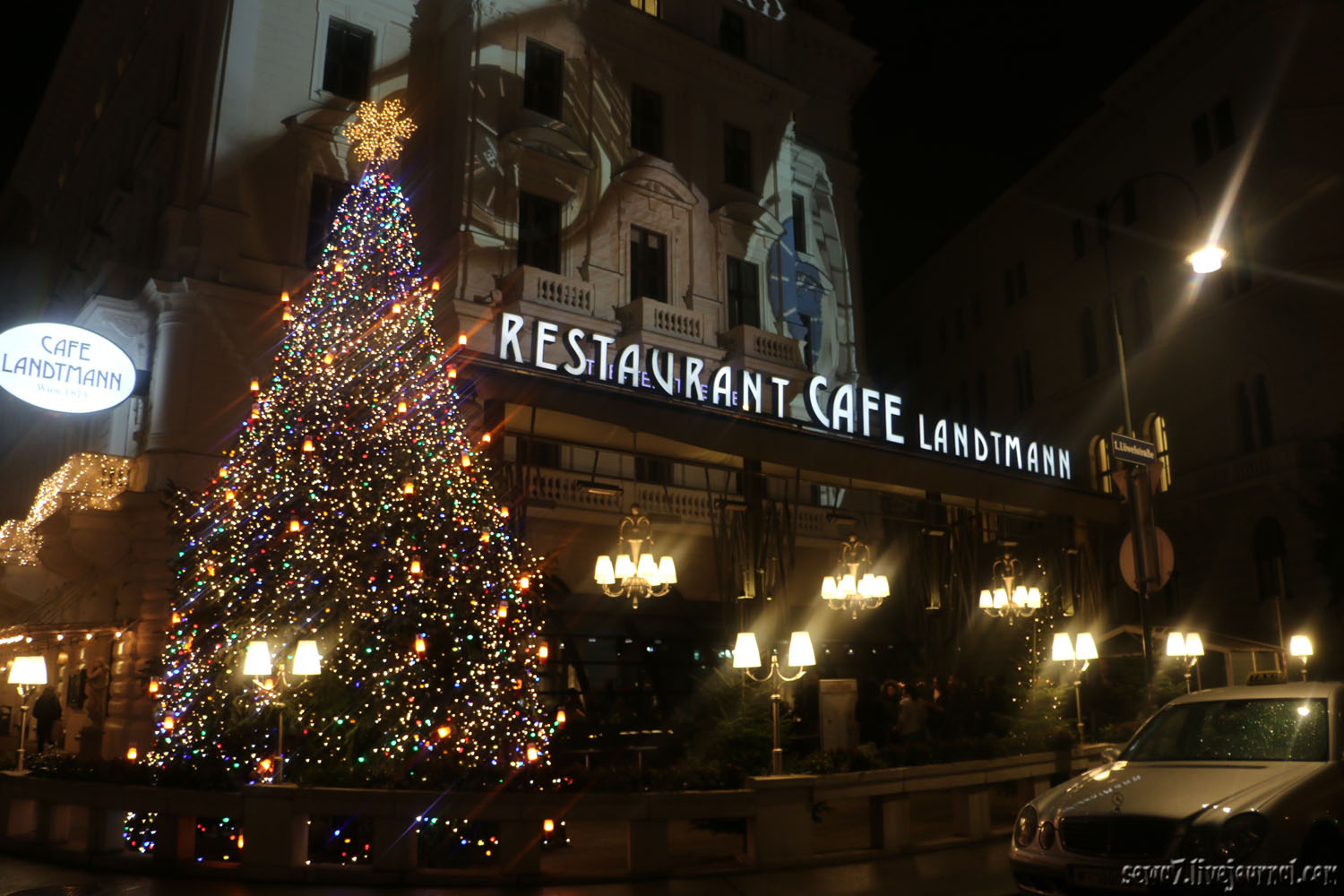 On the road we went in Landtmann cafe on the Viennese strudel. 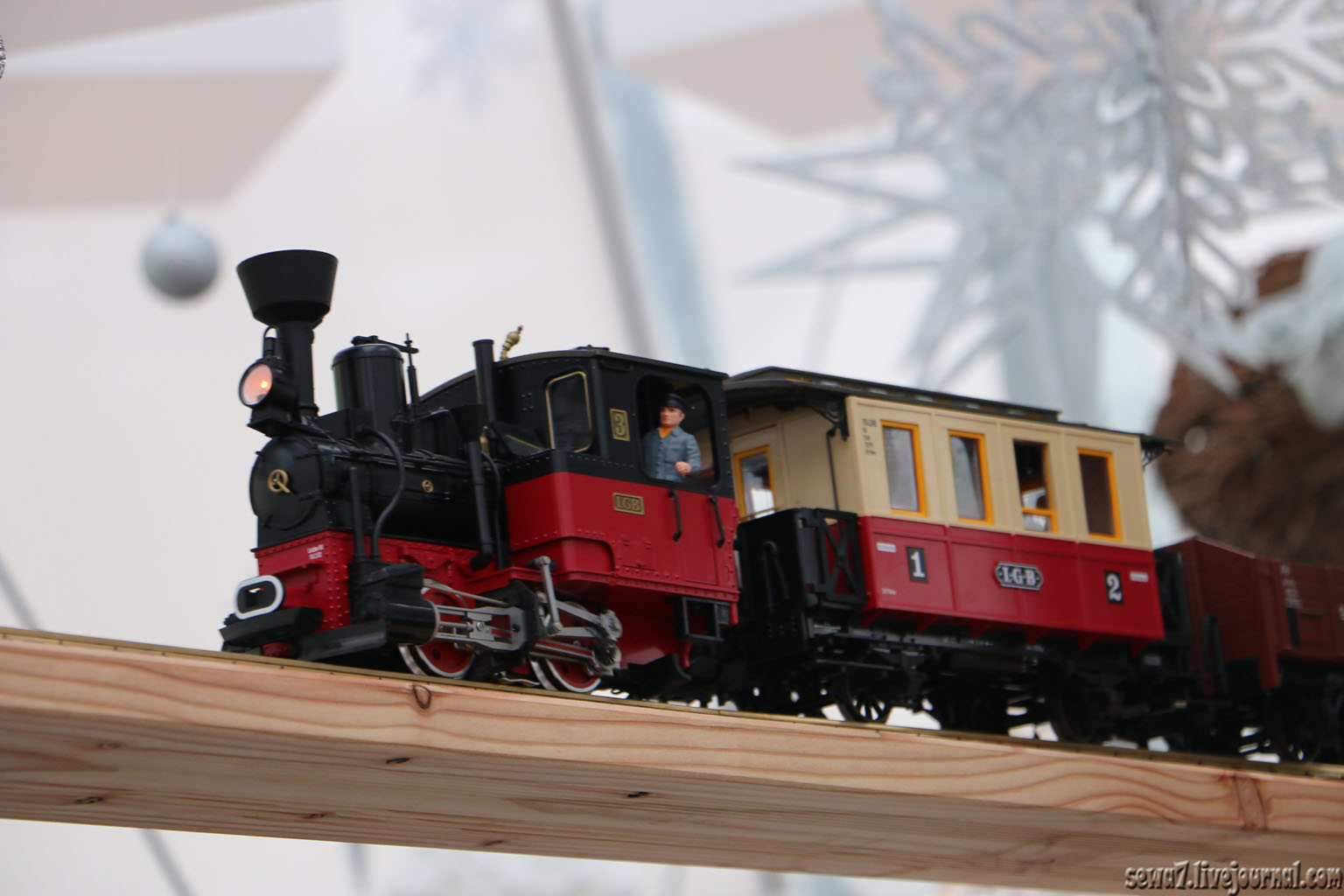 With the weather, we can say, and was lucky not. The rain was only the first day and night we are not very wet. On the other days it was cool, if not cold, but no rain. The only pity is that while we walked in there was no snow, and so wanted ... 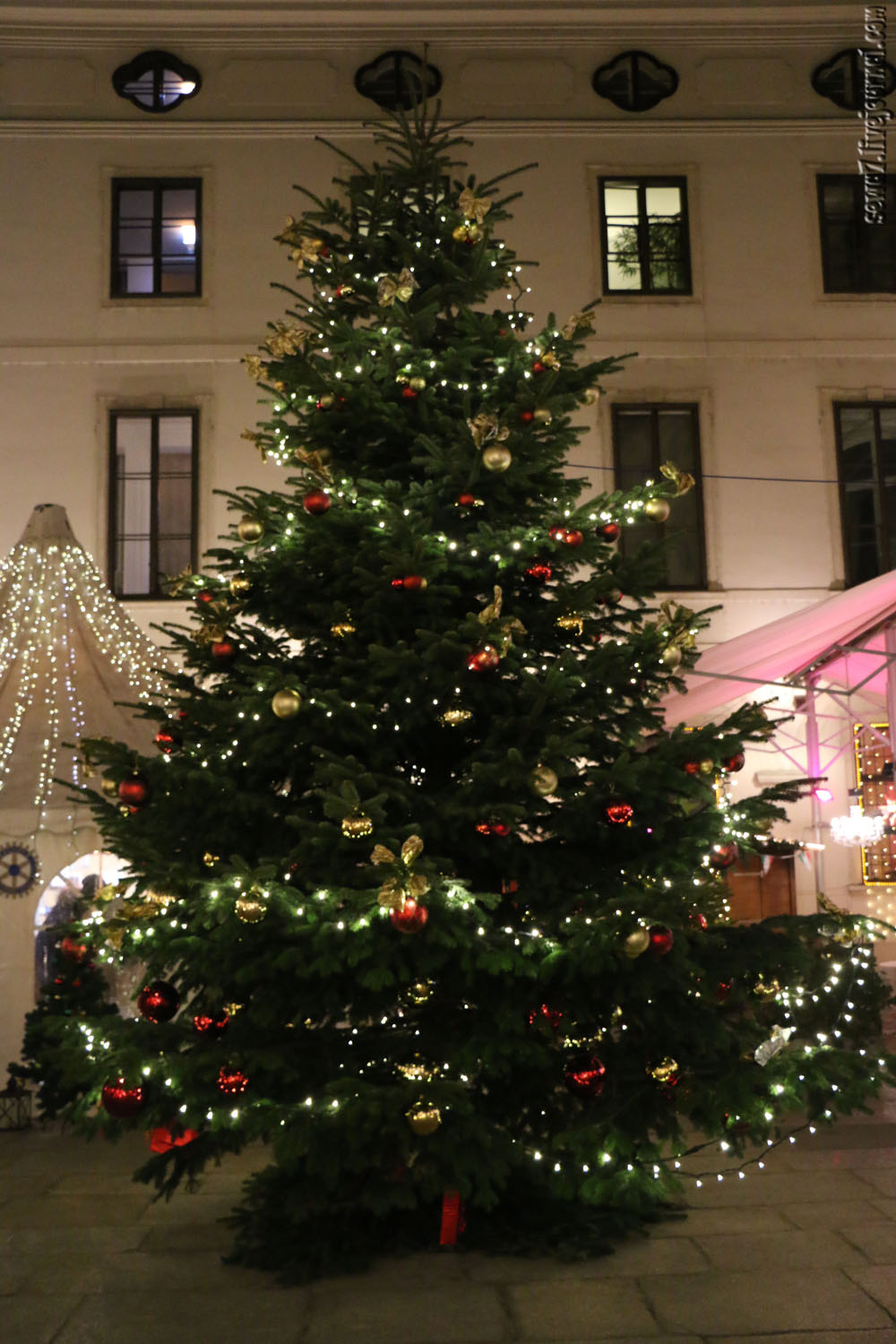 SIM cards are not taken. Bypassing the Wi-fi. He was everywhere: in apartments, and cafes, and museums and fairs :) too much money not spent. About 200 euros per day. Summary entire trip cost a little more than 1,000 euros. 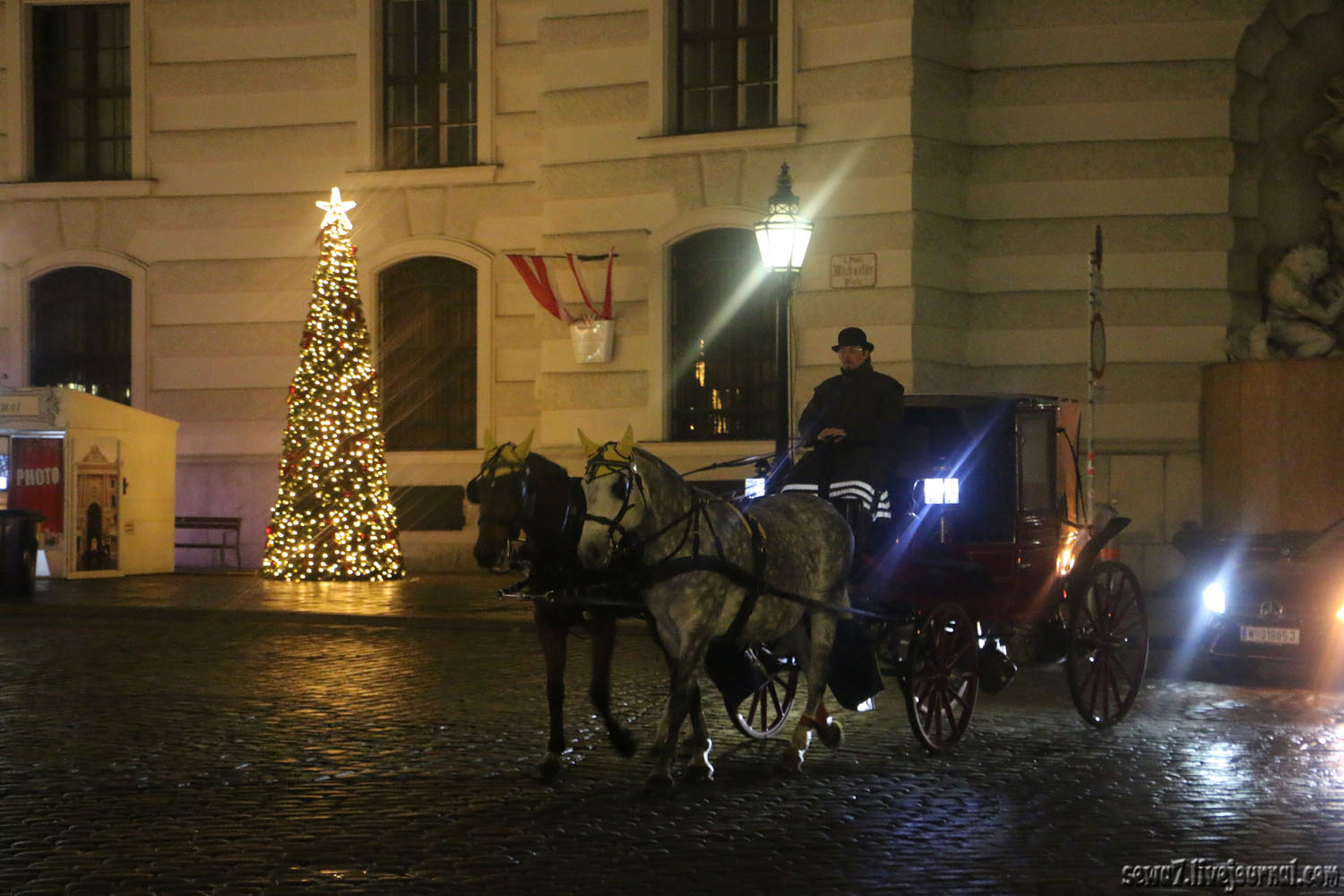 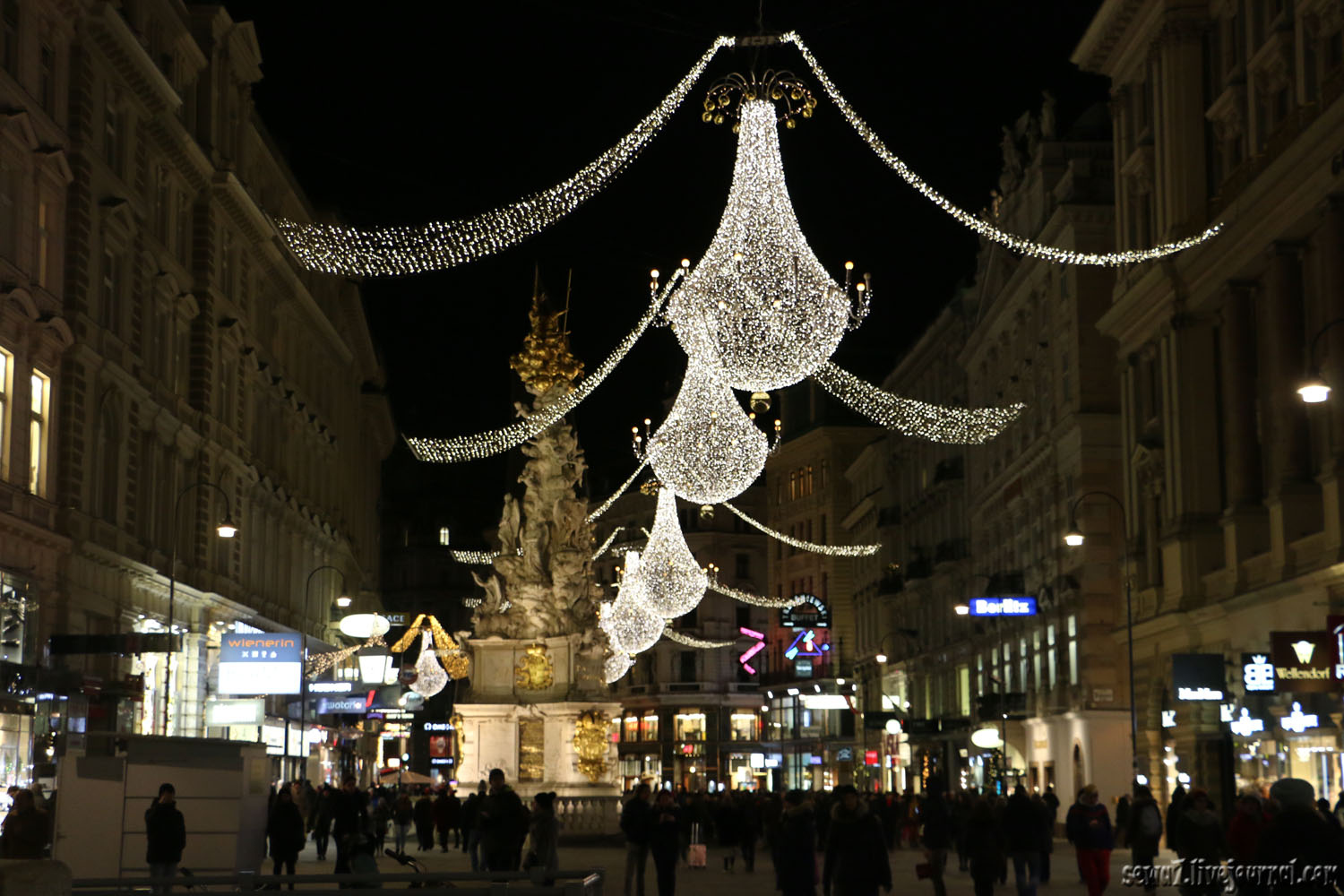 I'm a little safe and at the airport we were first at 2:30 ... have been searching for the terminal 1A and the reception. It turned out that they were in the building opposite ... Racks opened only at 3:30, that is, before this time the airport has nothing to do. In this case, there is no place to sit properly. There are only a few shops and they slept, those who saved for a night stay before flying ... 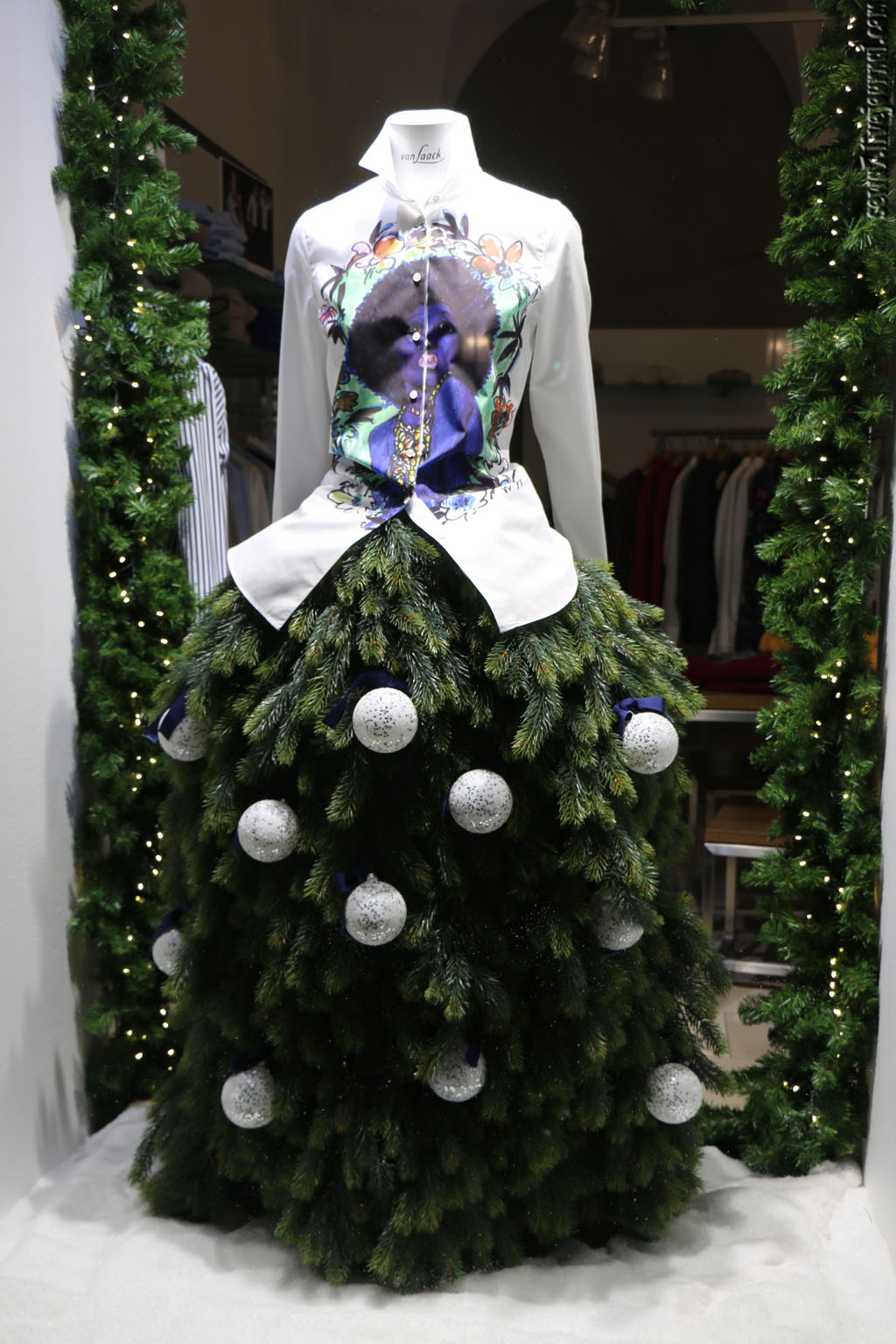 Personal search is very thorough. We are still waiting until they start working. They began at exactly 4:00. The water was clear that not allowed to carry. All the electronics and food taken out of the bags. Liquid cheese people pootbirali and cast ... 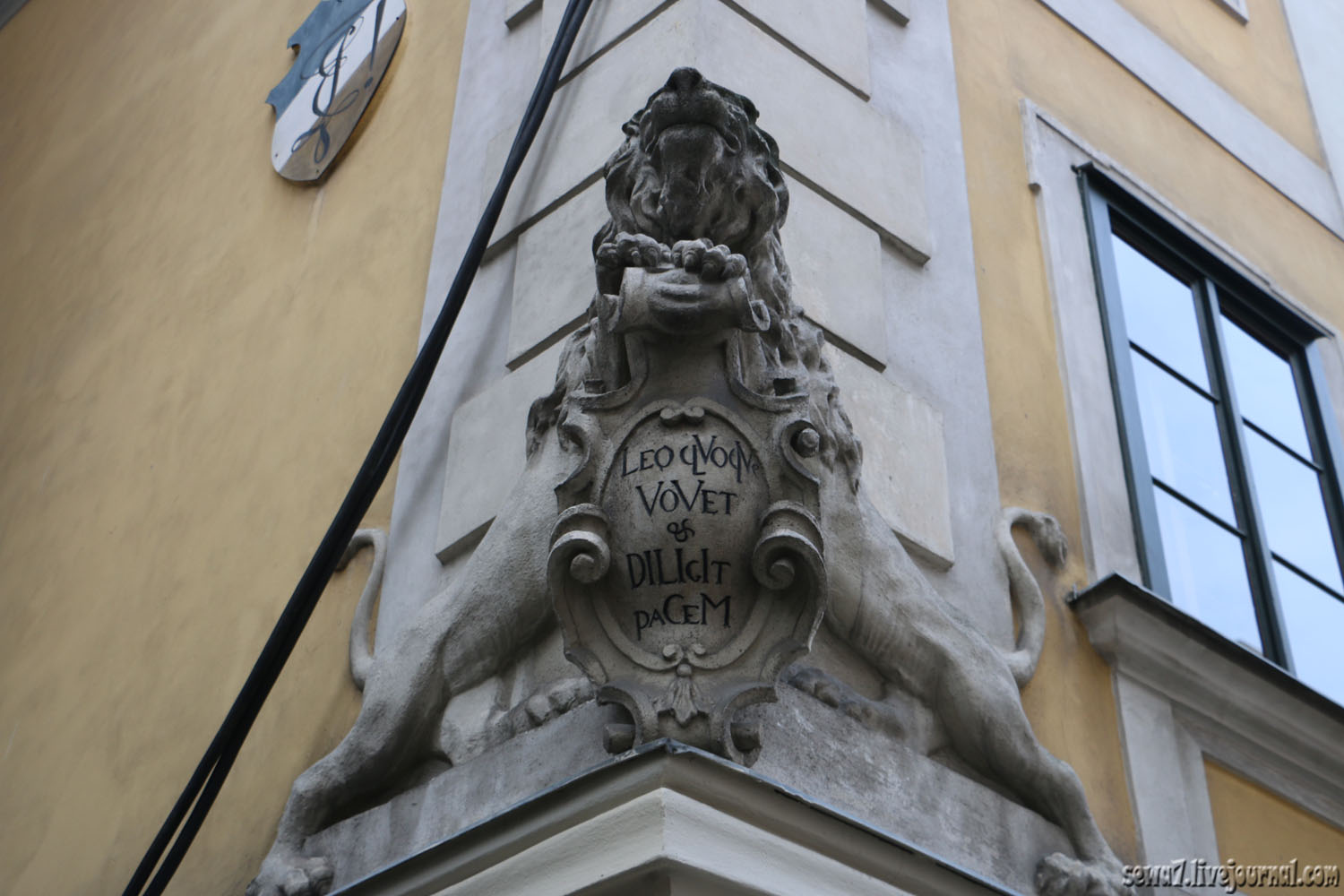 At this time in the airport all the cafes and duty free shops were still closed. And I was again left without a brandy ... Coffee (I did not find the tea), and water purchased from the vending machines. Tax free kiosk was closed. Before the gate stood the scope and scale that serve as a very closely watched for the size and weight of luggage, collecting tribute ... 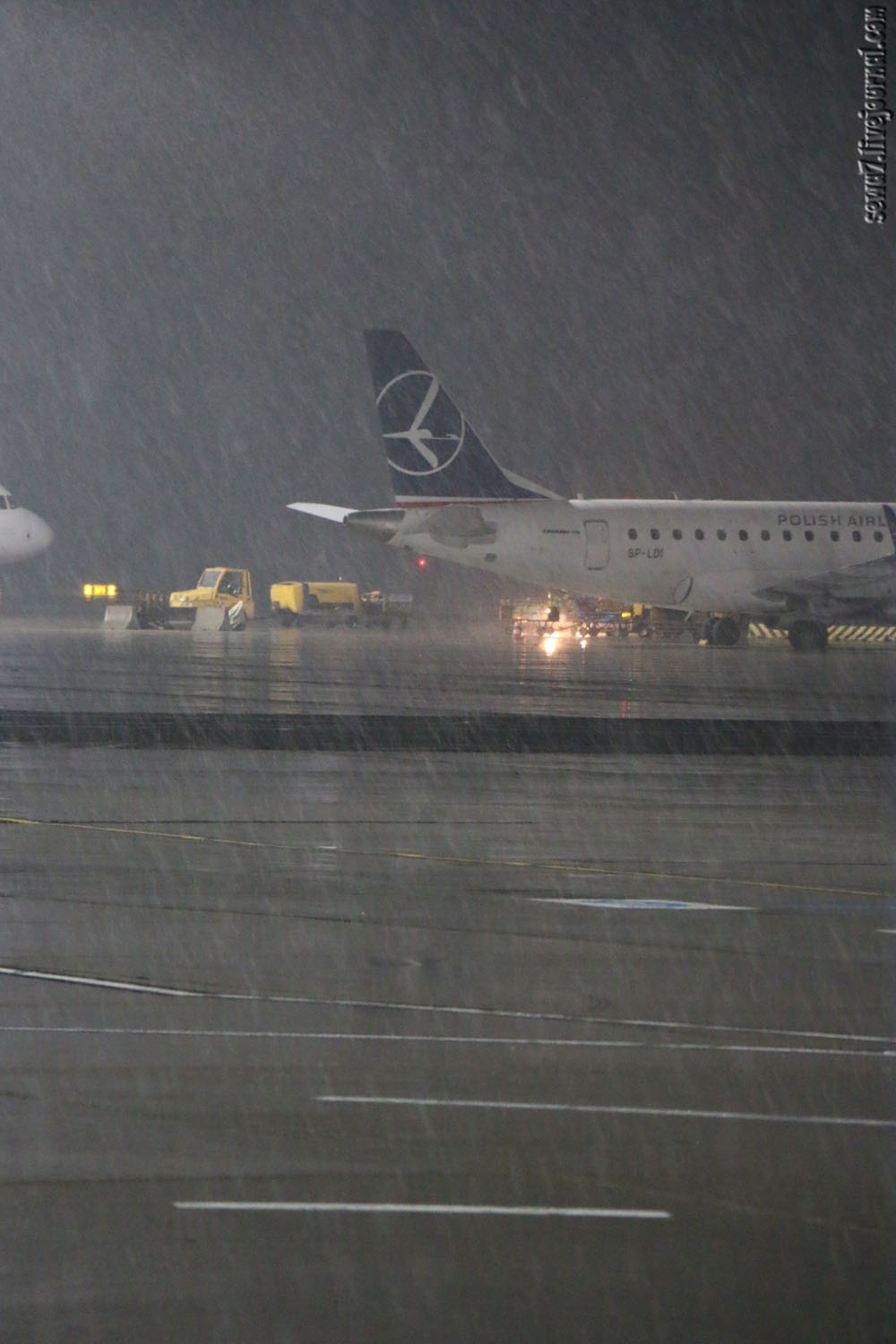 And when we piled into a bus that was supposed to take us to the plane is a miracle happened! Suddenly it began to snow. Flakes. It is a pity that he has not dropped at least a few hours / days before, but it was still very pleased that we did, a little, respecting :) 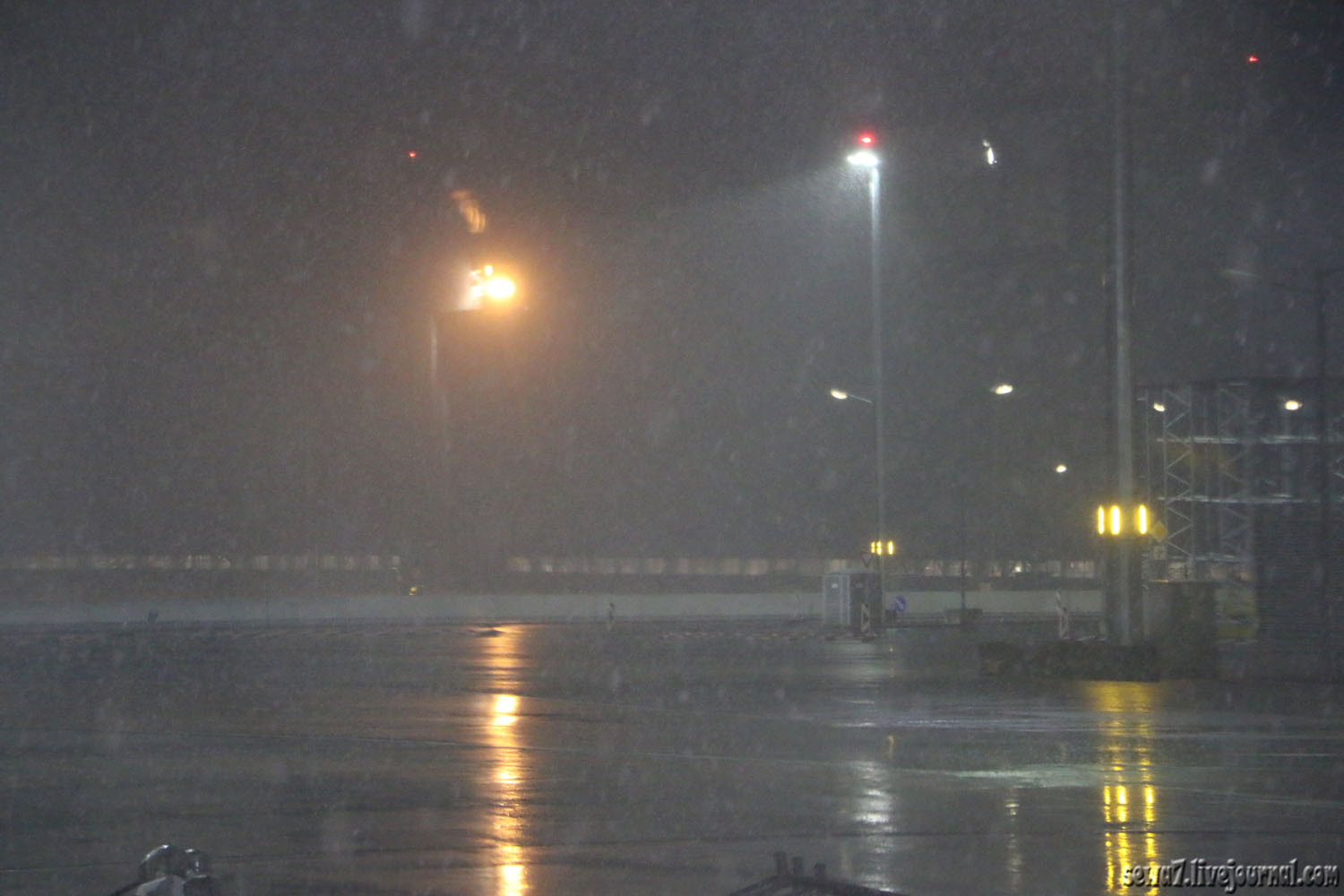